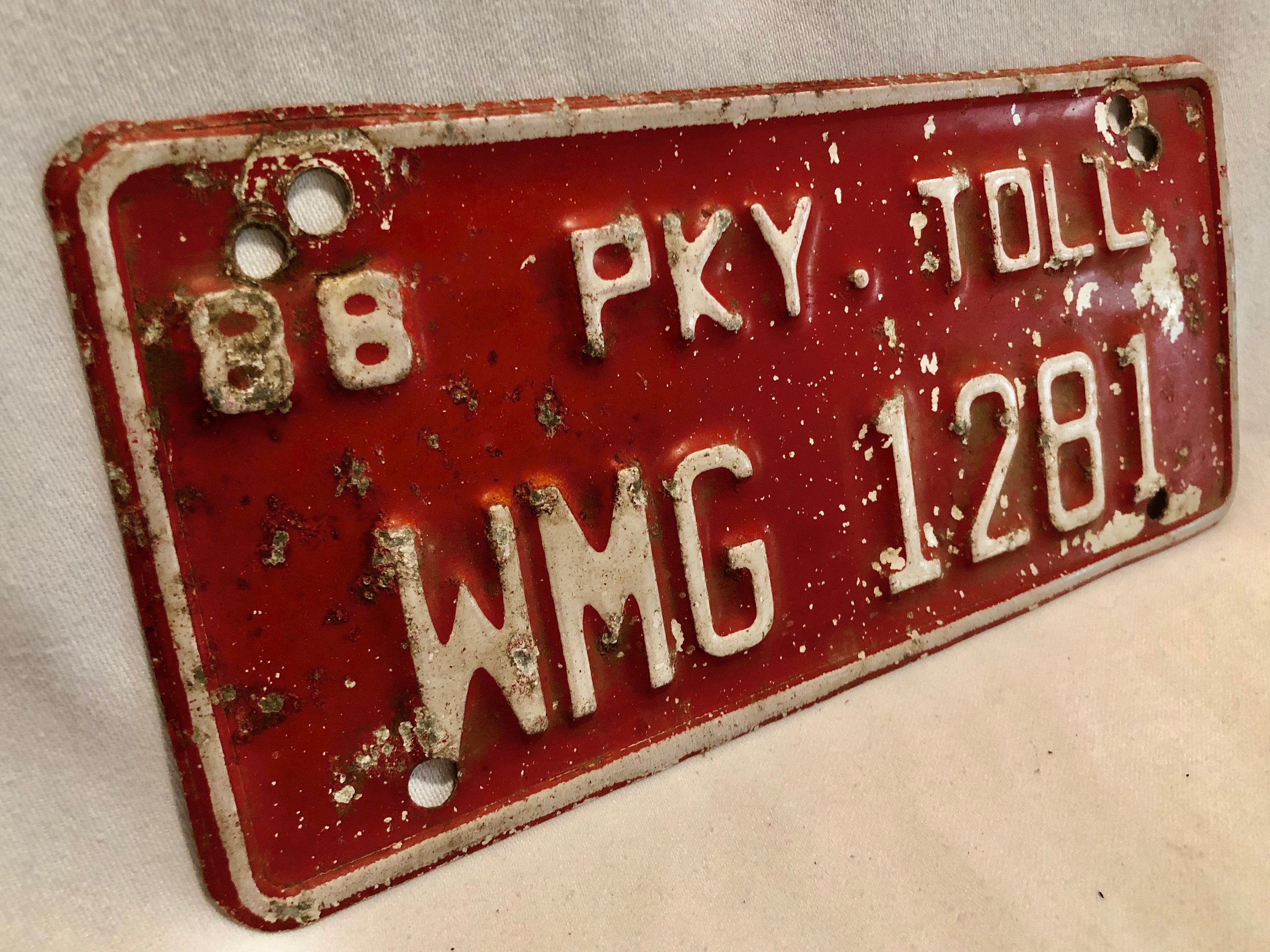 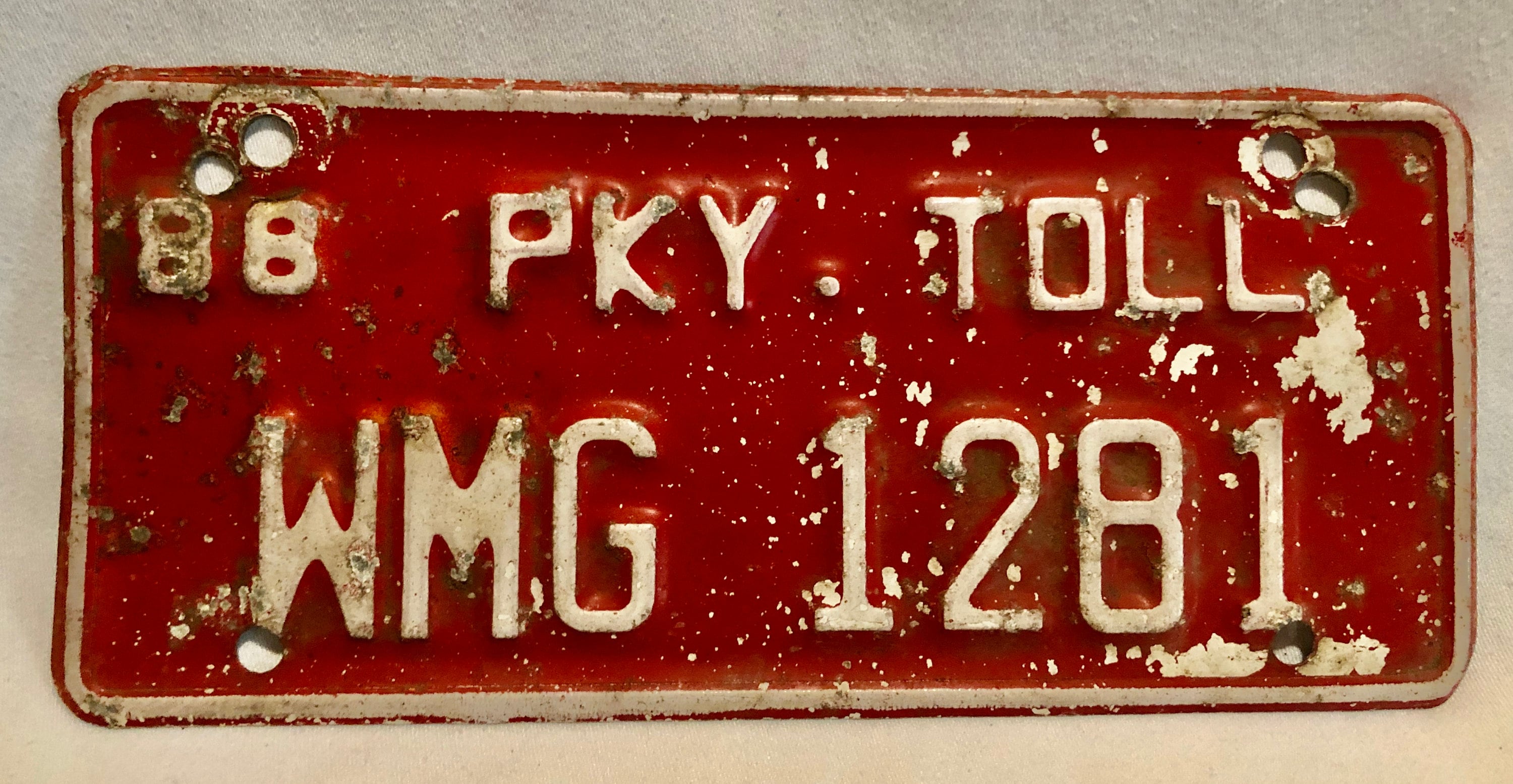 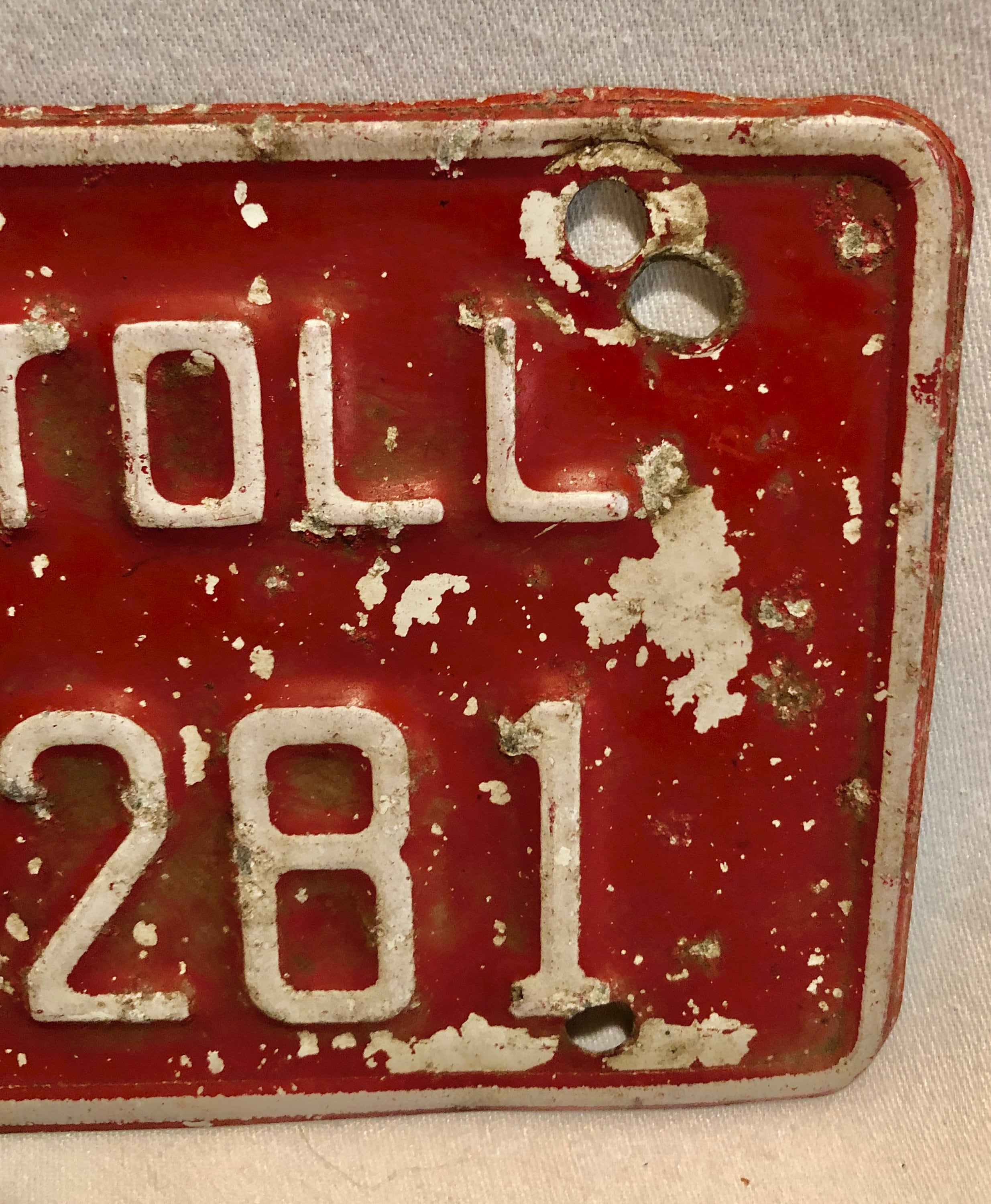 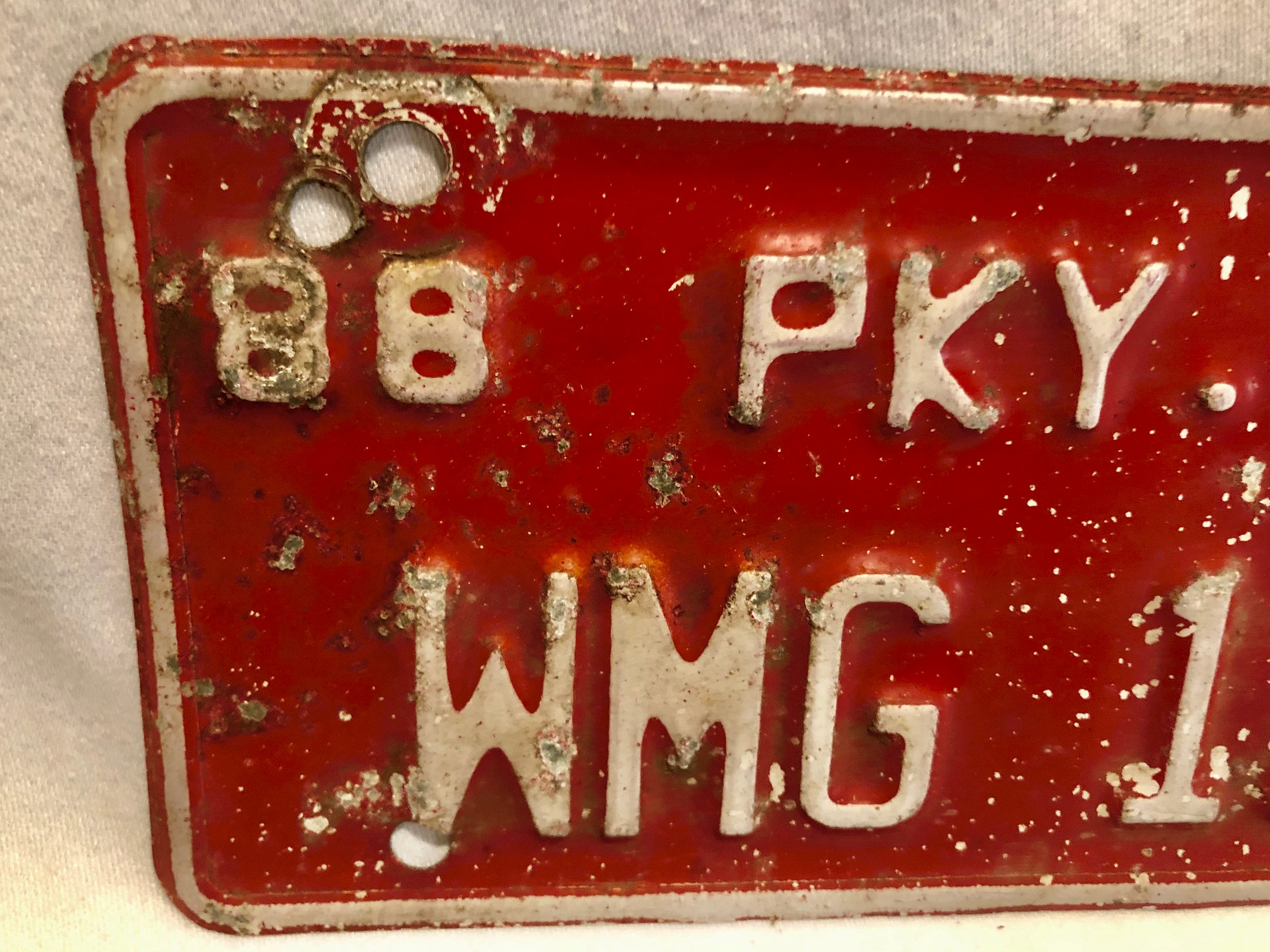 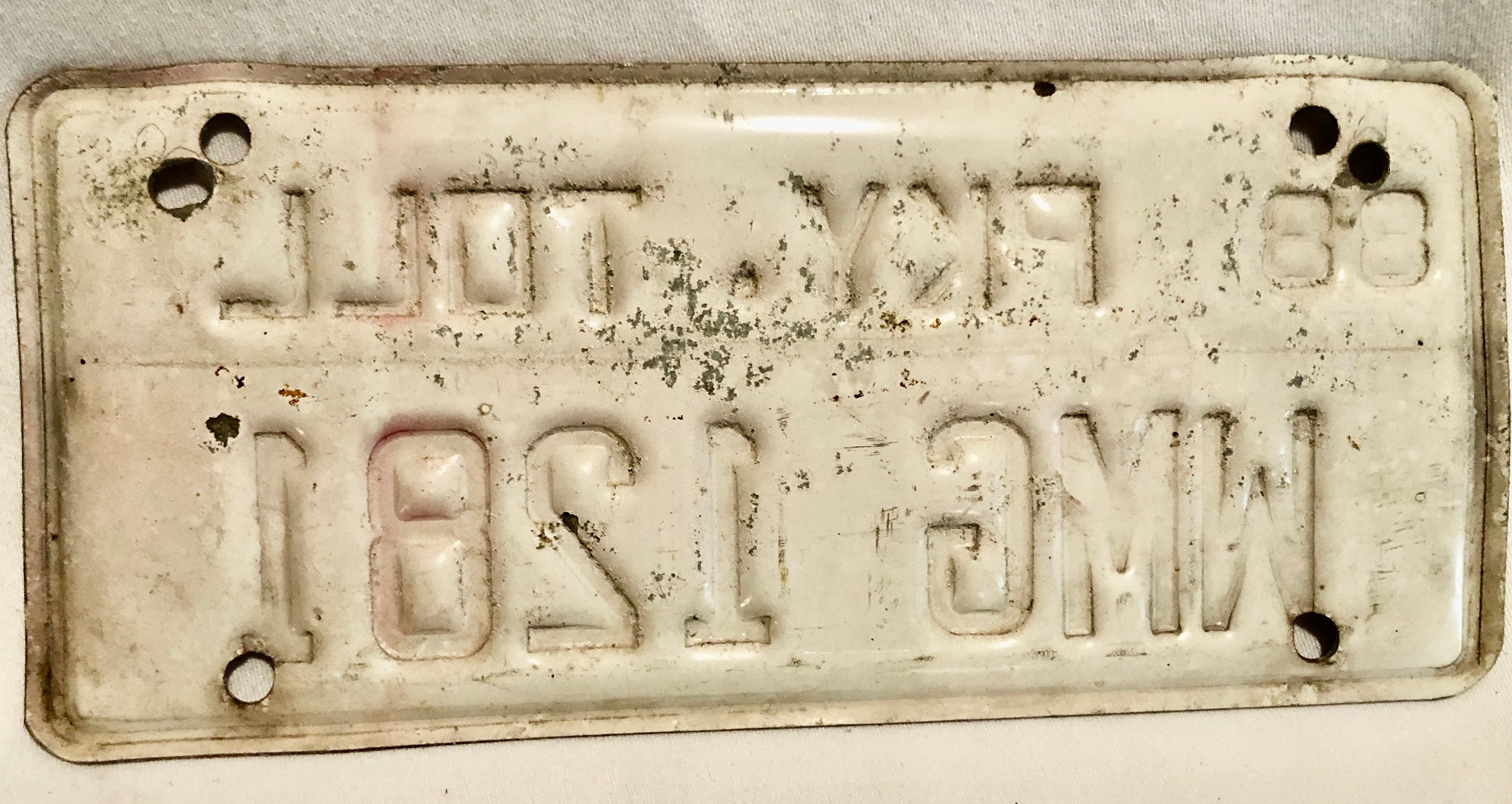 This is a bright red vintage parkway toll plate from Connecticut.
It has great color and patina with no rusting. There are scrapes and scratches as seen in pictures adding to its character and the many miles it has seen.
It measures 9 3/4" x 4 1/4"
These plates were sold to motorists as a method of toll payment - an early predecessor to "E-Z Pass".  They were displayed on the front of the vehicle, along with the regular license plate.

There were three types - one for the Connecticut Turnpike, one for the Merritt/Wilbur Cross Parkways, and one for the Charter Oak Bridge in Hartford.
This plate is from 1988 the last year they were used and was good for all 3 toll plazas

The Parkway Toll plates had three letters as designators - G for Greenwich on the Merritt Parkway, and M for Milford and W for Wallingford on the Wilbur Cross. These letters appeared in any combination on the plates, depending on the toll areas covered. Colors changed each year, and for each of the letter combinations as well. These started in the late 1930s/Early 1940s, with no captions- just the serial number. The legends came about in the mid 1940s. First, as 'PY . TOLL', then simply 'TOLL' and finally 'PKY. TOLL'.
Parkway Toll plates were last used in 1988; bridge toll plates in 1989