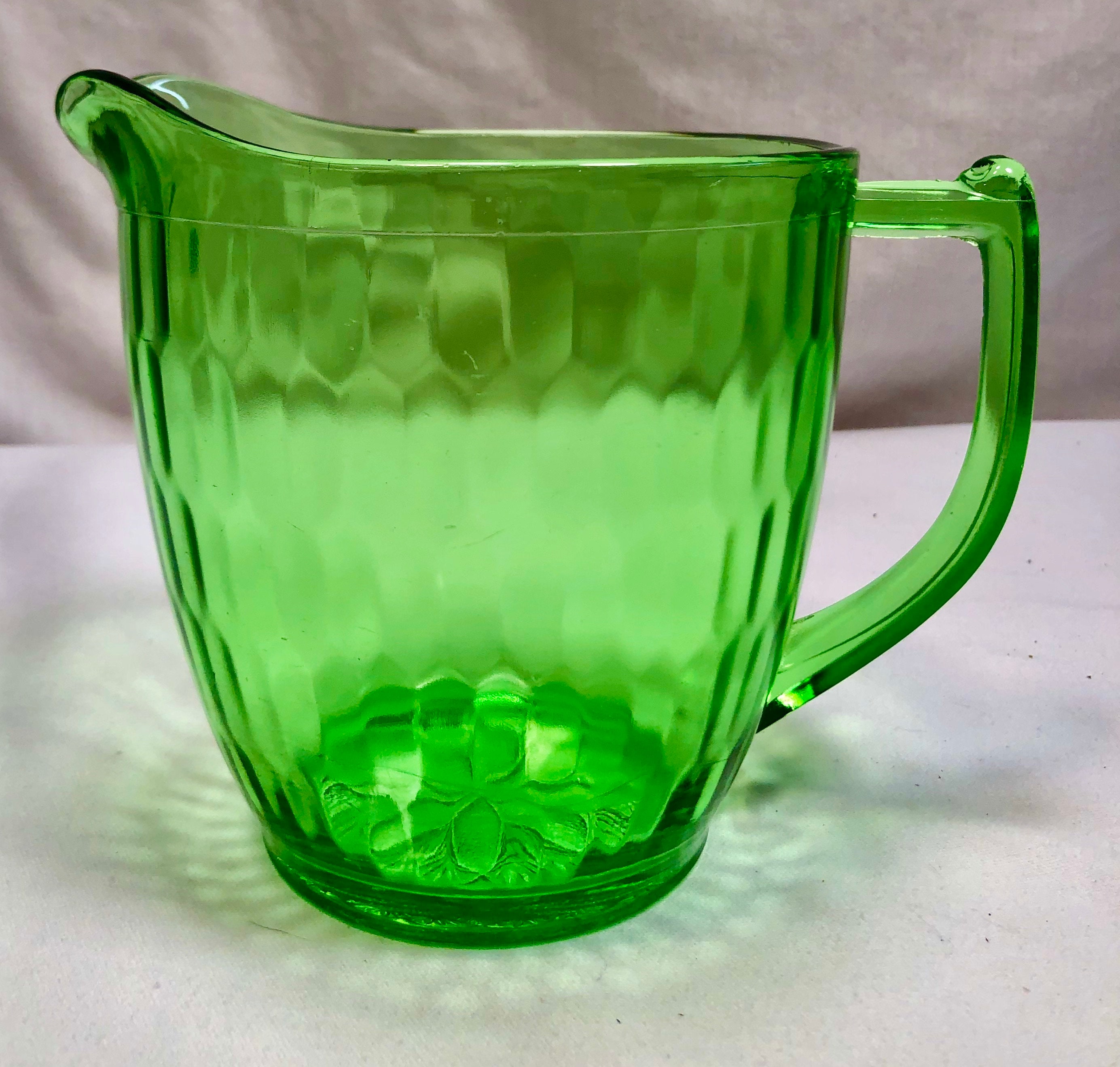 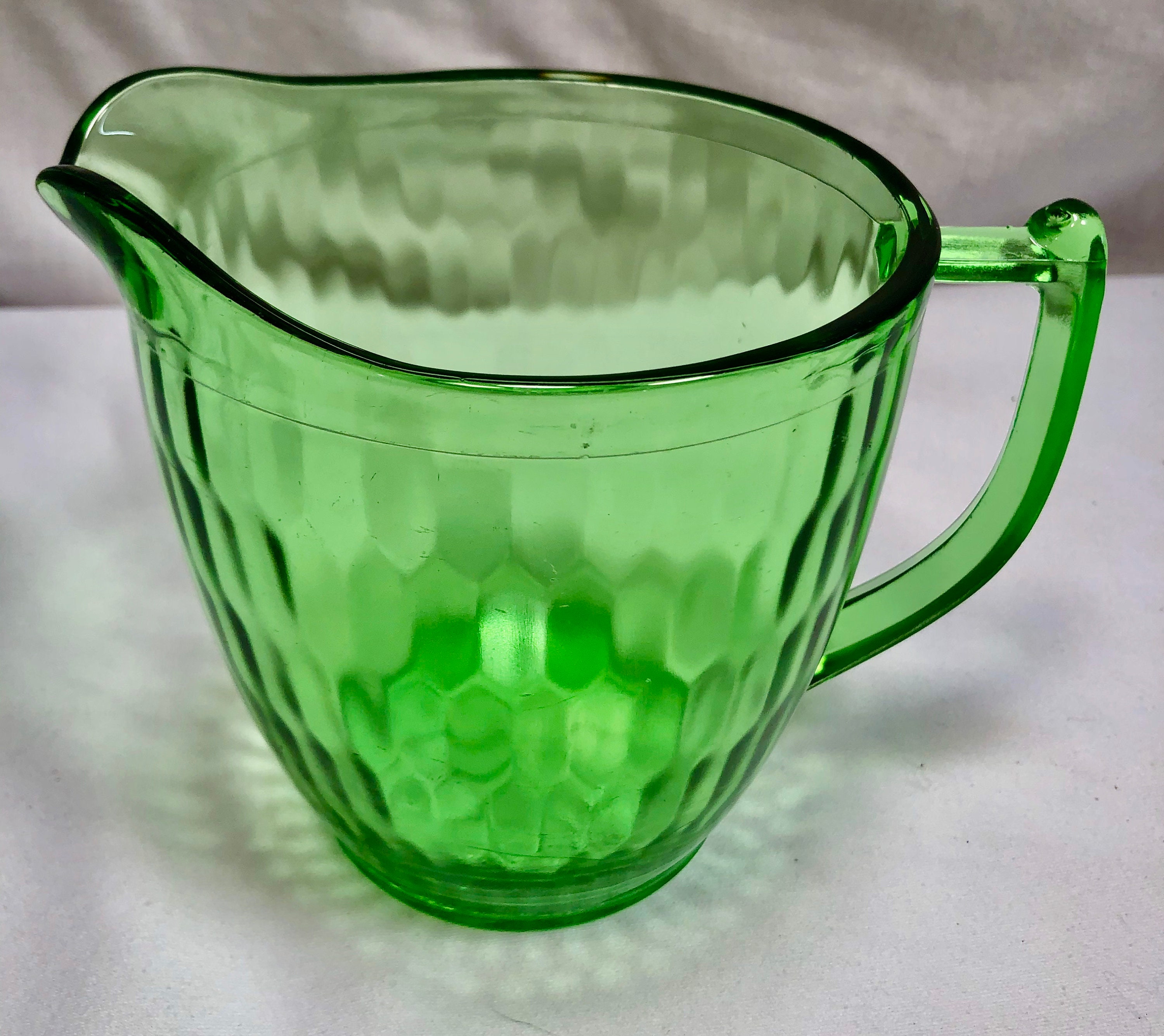 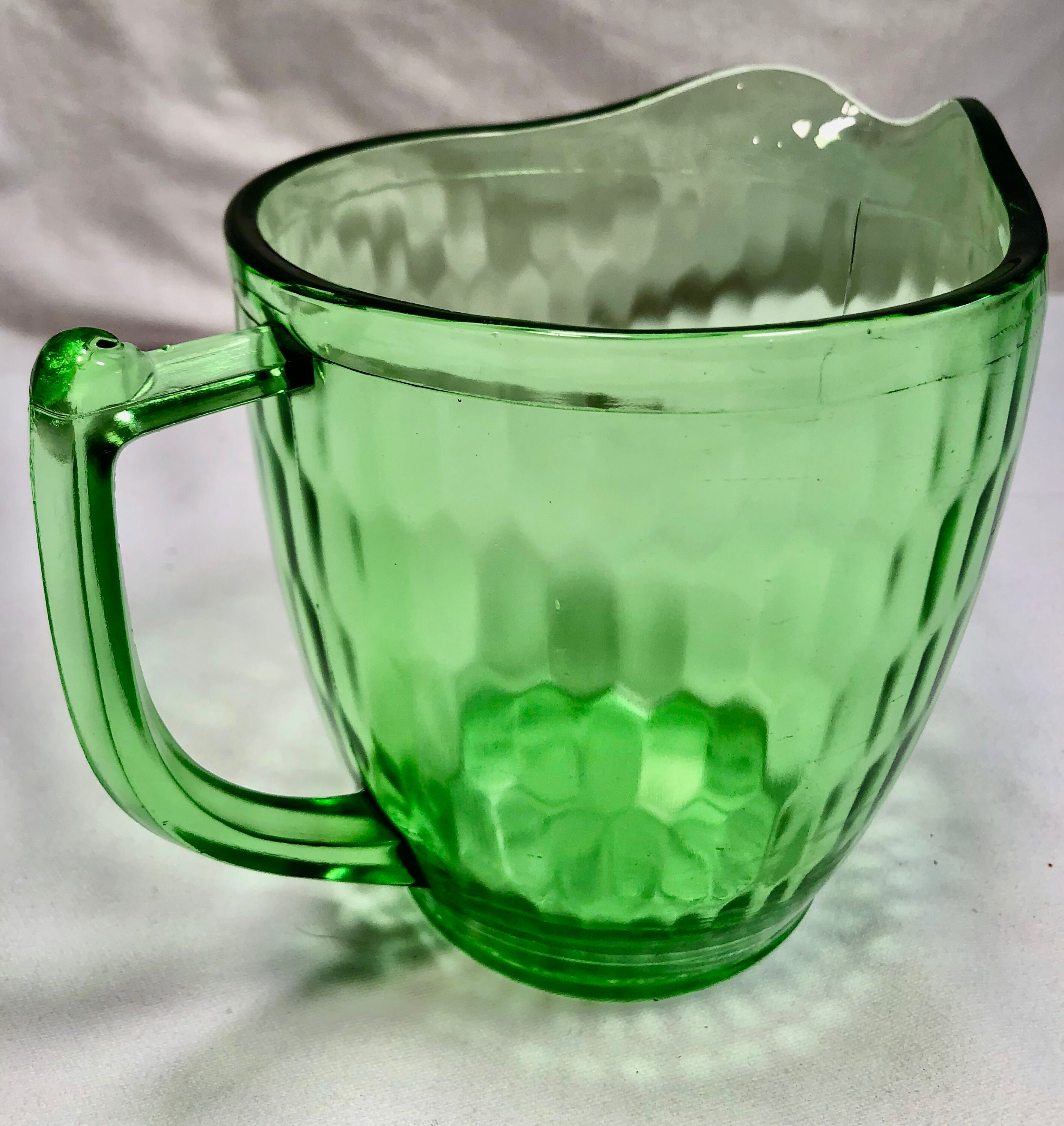 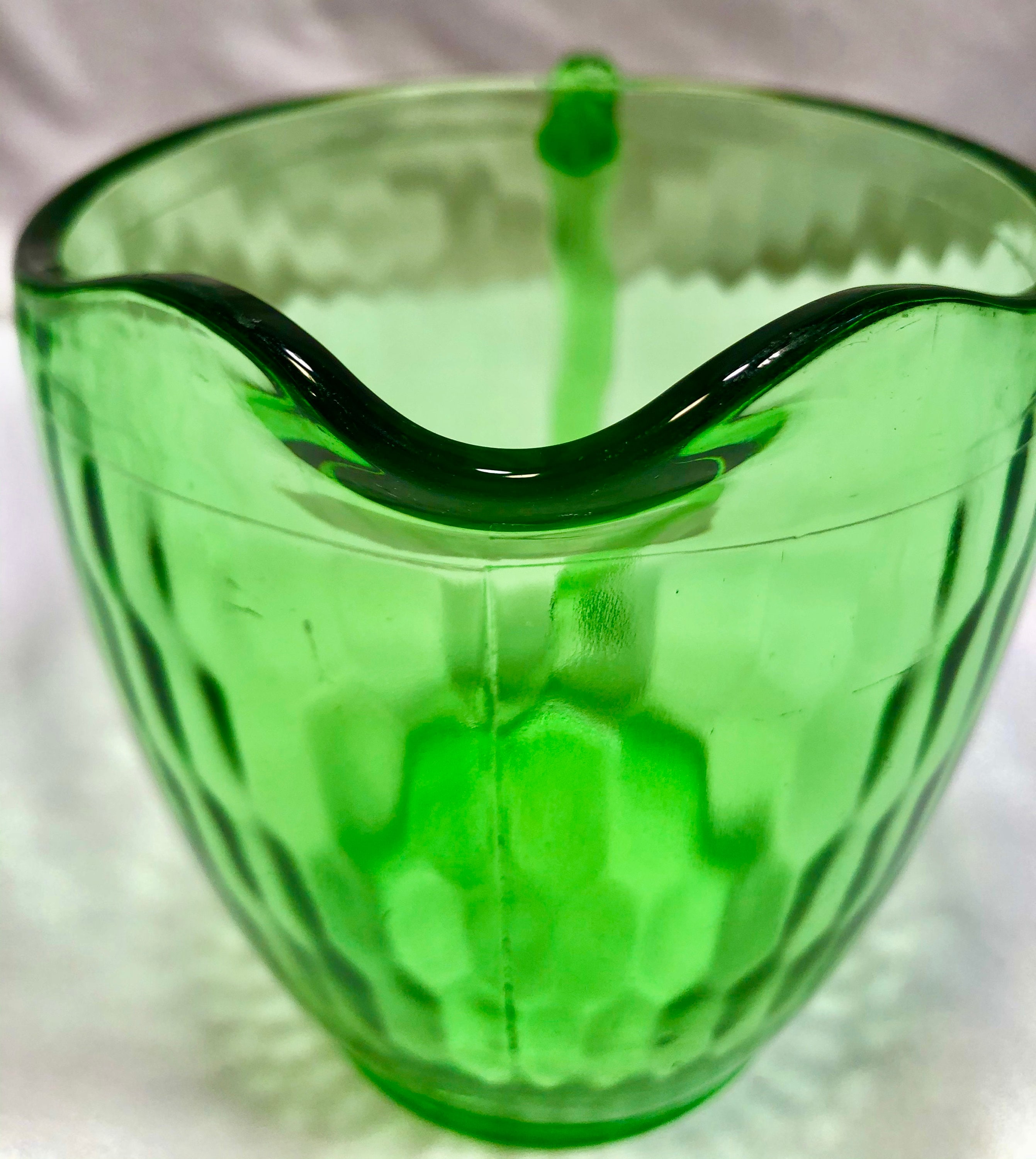 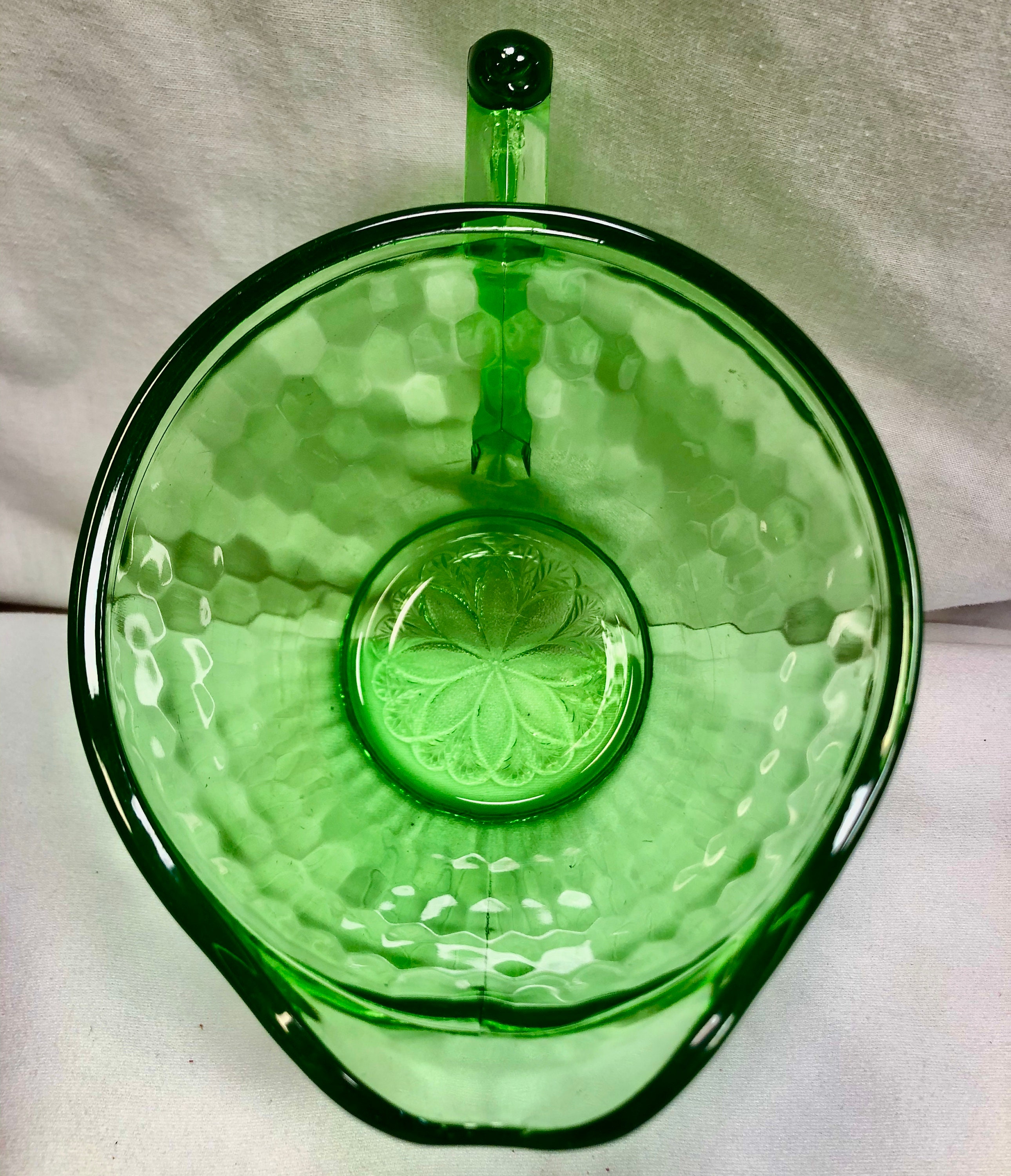 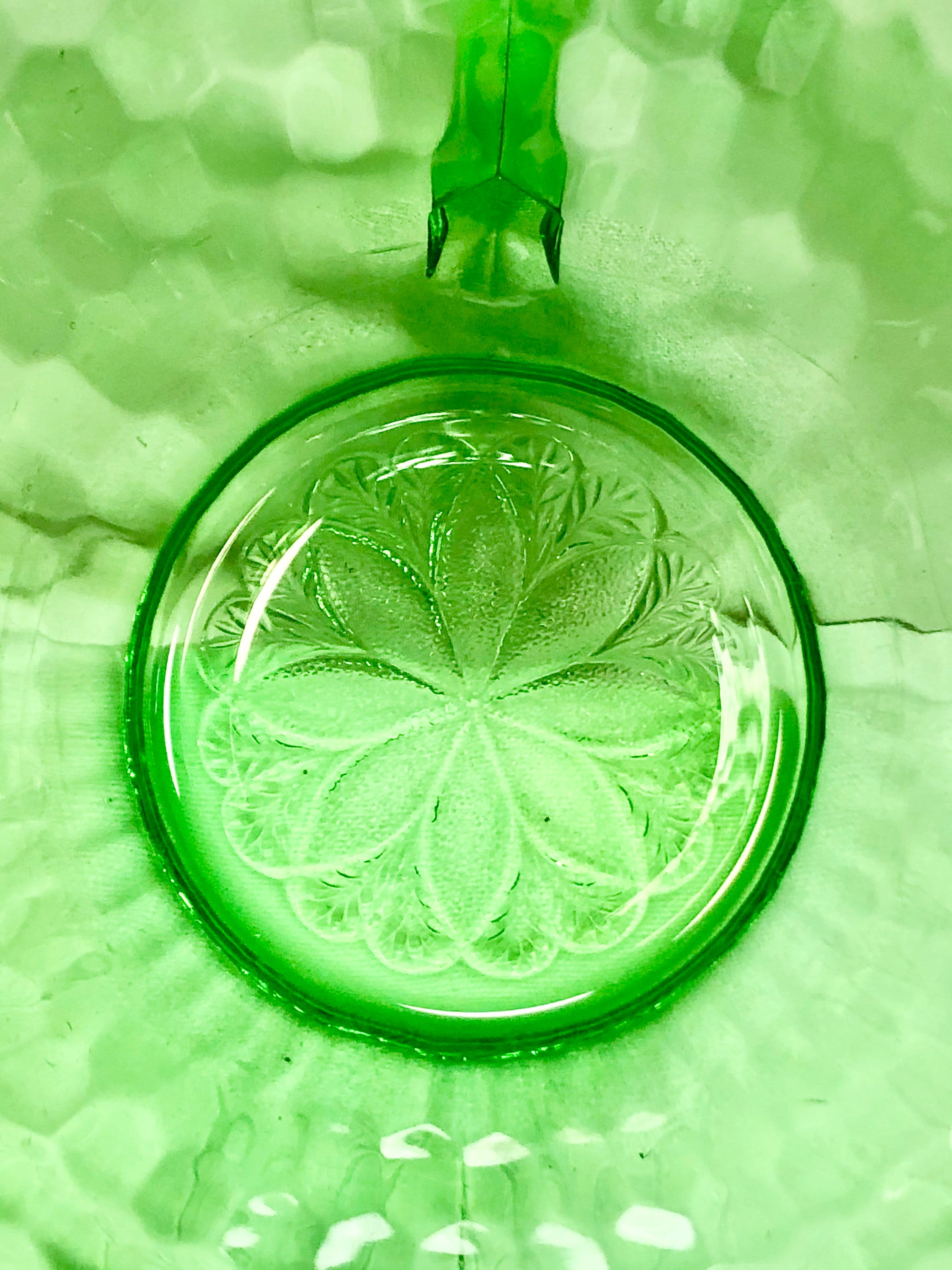 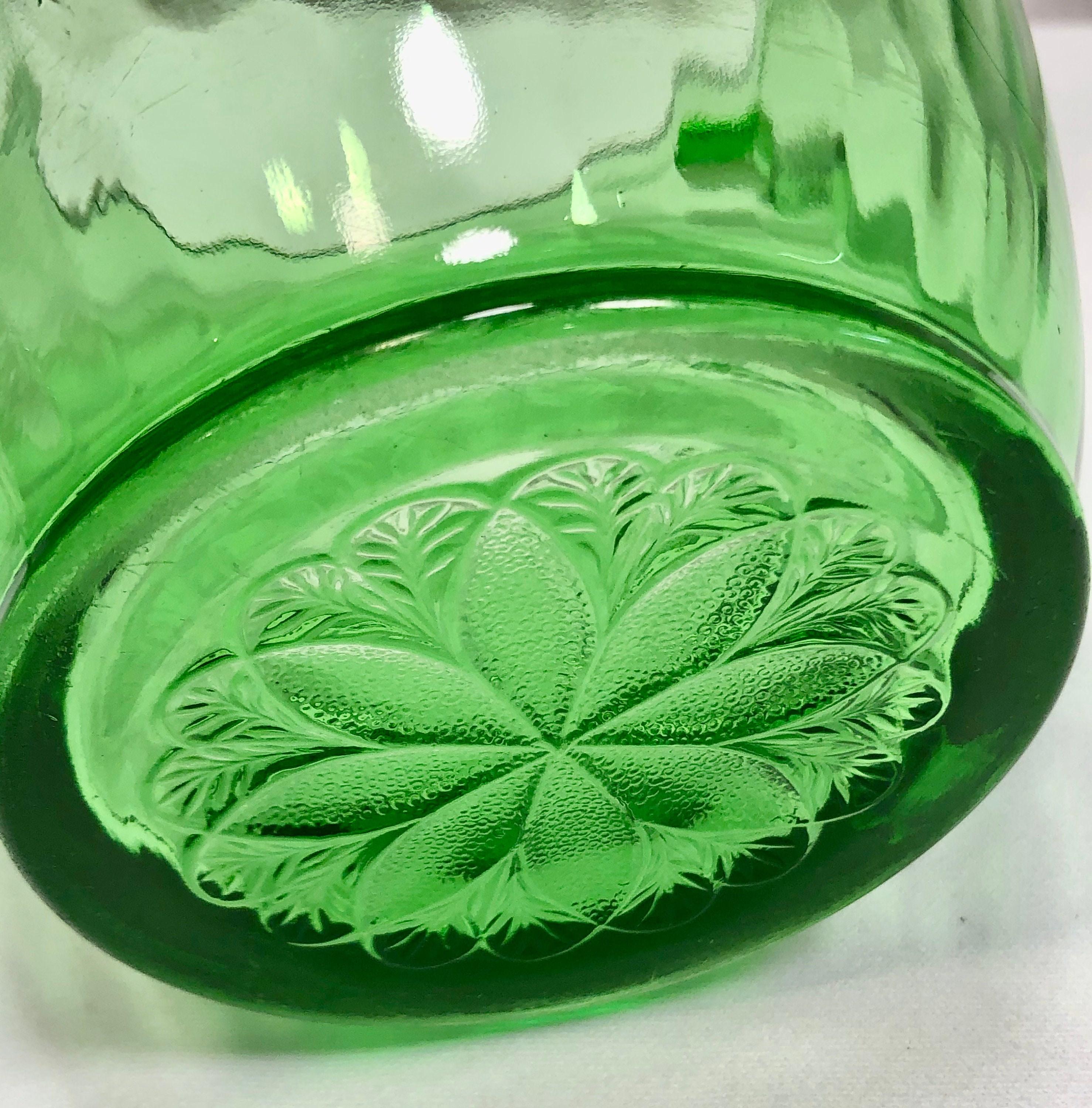 This vintage green depression glass juice/water/beverage pitcher is small and sweet!
It has a harlequin pattern in the glass that throws a lovely pattern in the light.
The bottom has a floral/leaf pattern at the center.
This is from the Jeannette Glass Co in the 'Adam' pattern circa 1932-1934
The handle is sturdy and there are no chips or cracks.
It measures a petite 5 1/2" tall x 6 3/4" x 5" diameter.


Saying times were tough during the Great Depression is nothing less than an understatement. Most Americans that didn’t lose their jobs were often forced to take pay cuts. Learning to live on little or nothing was the way of life for many families for the decade beginning in 1929. Today we recognize many items used in the home during the 1930s as collectibles, including Depression glass.
To those who look beyond the surface and partake in the challenges and triumphs offered, Depression glass is more than just another collection.