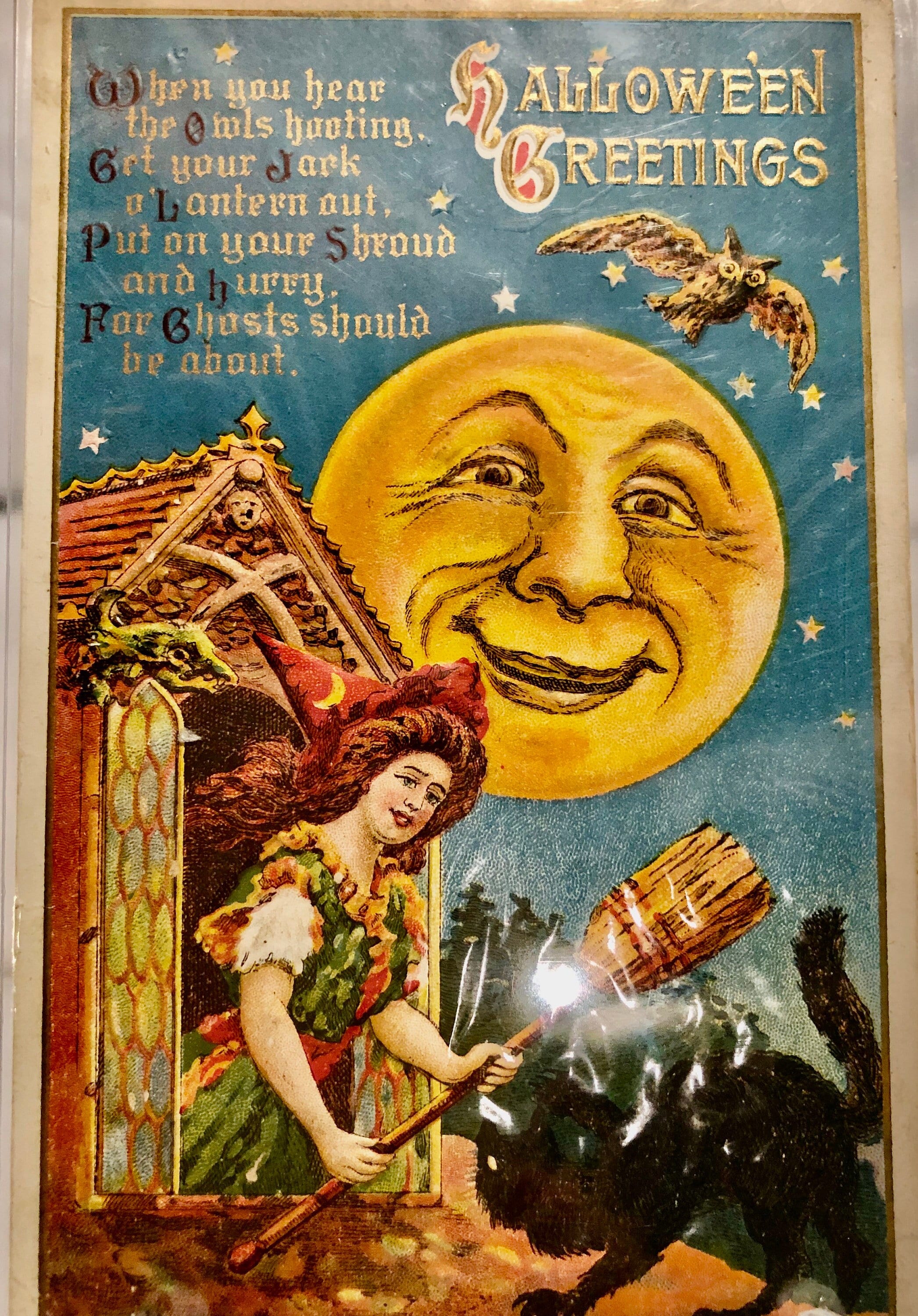 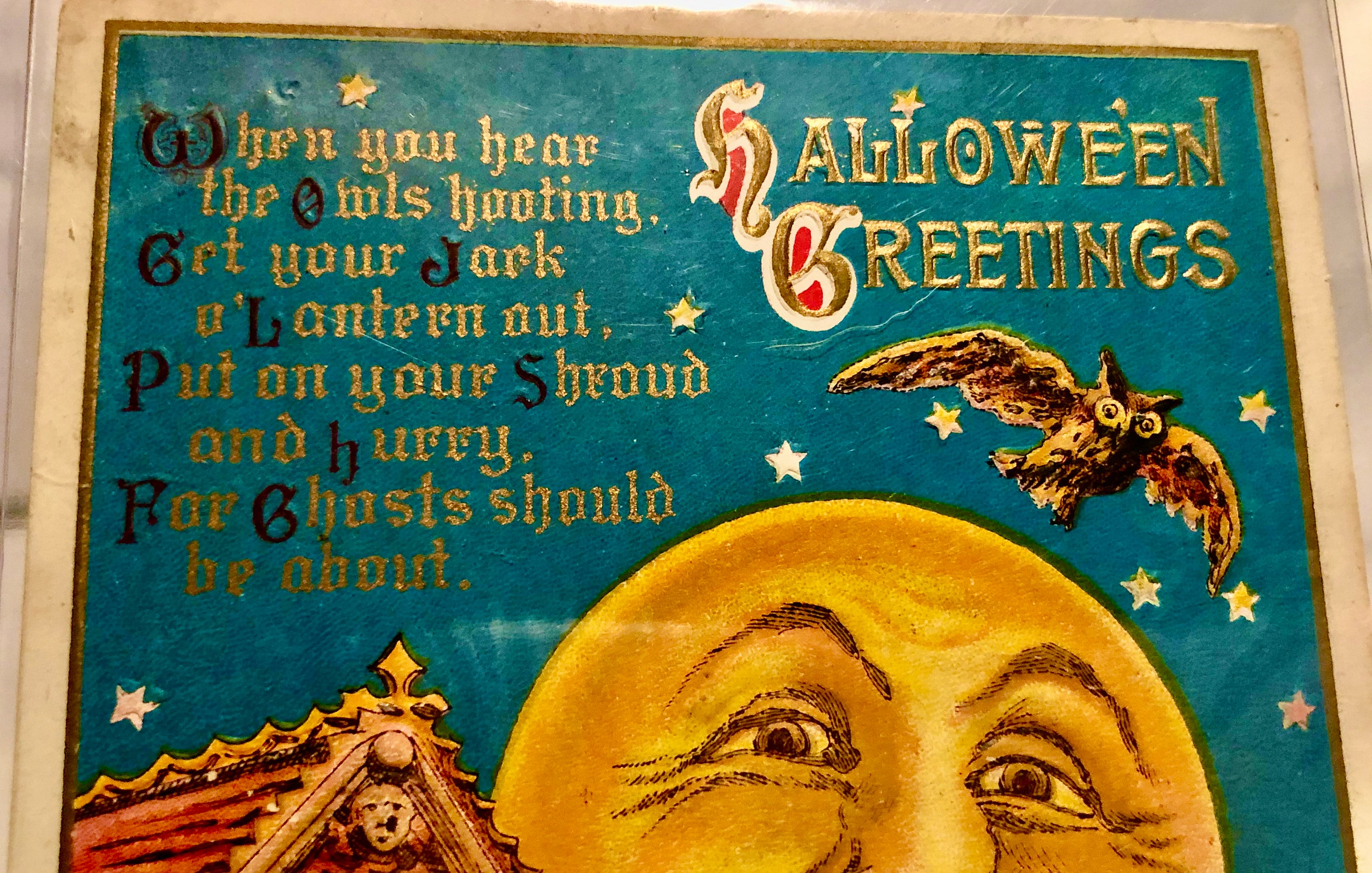 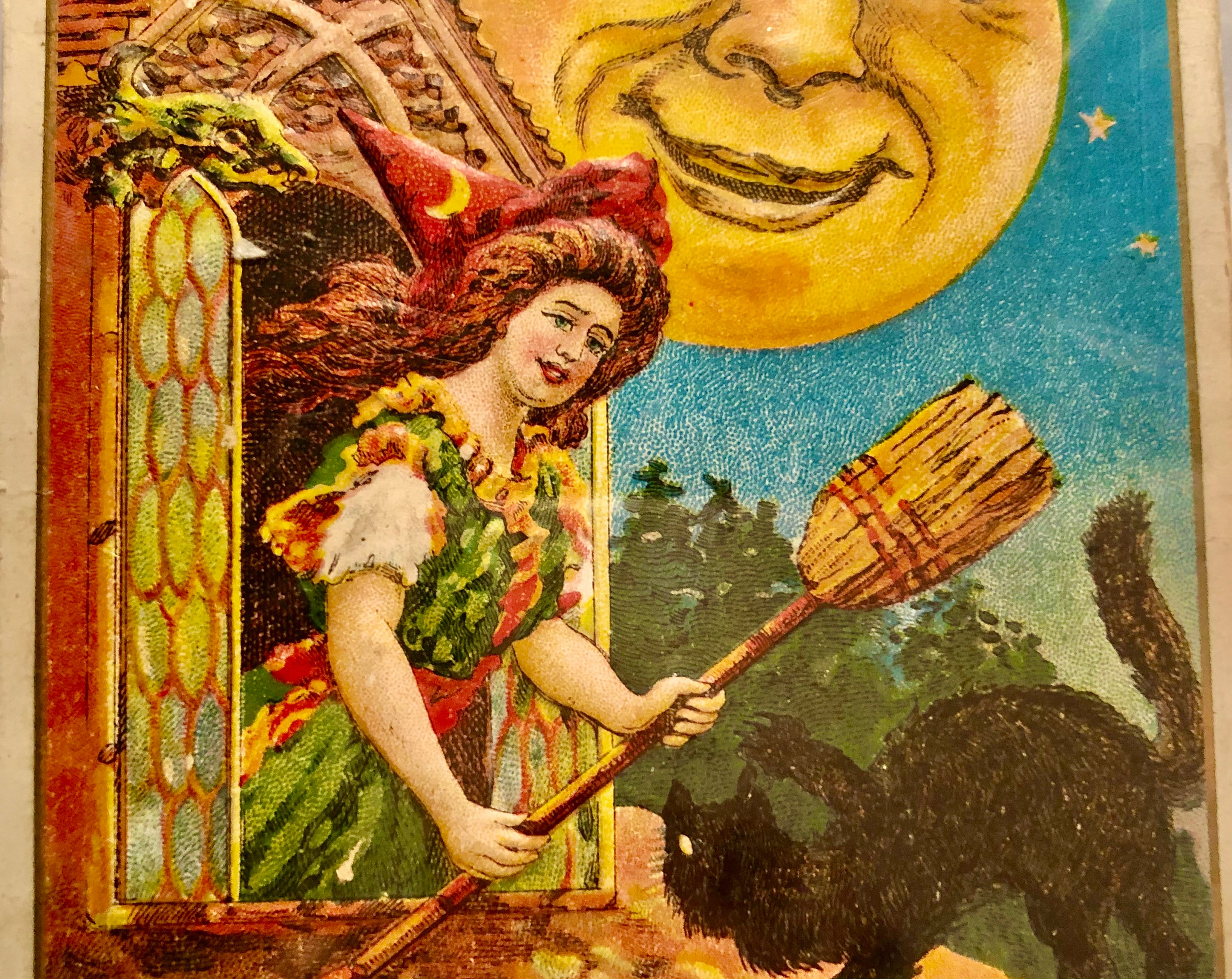 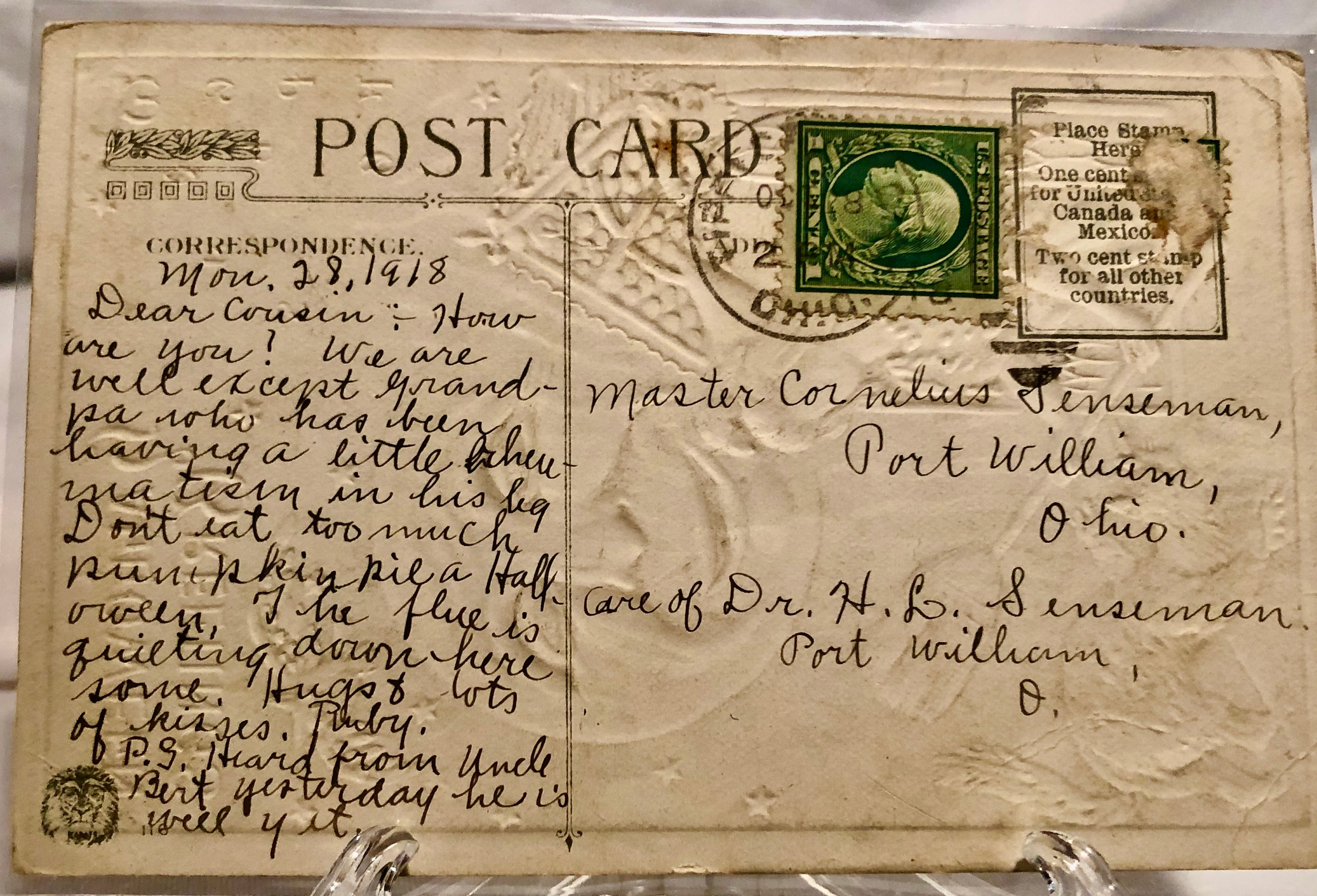 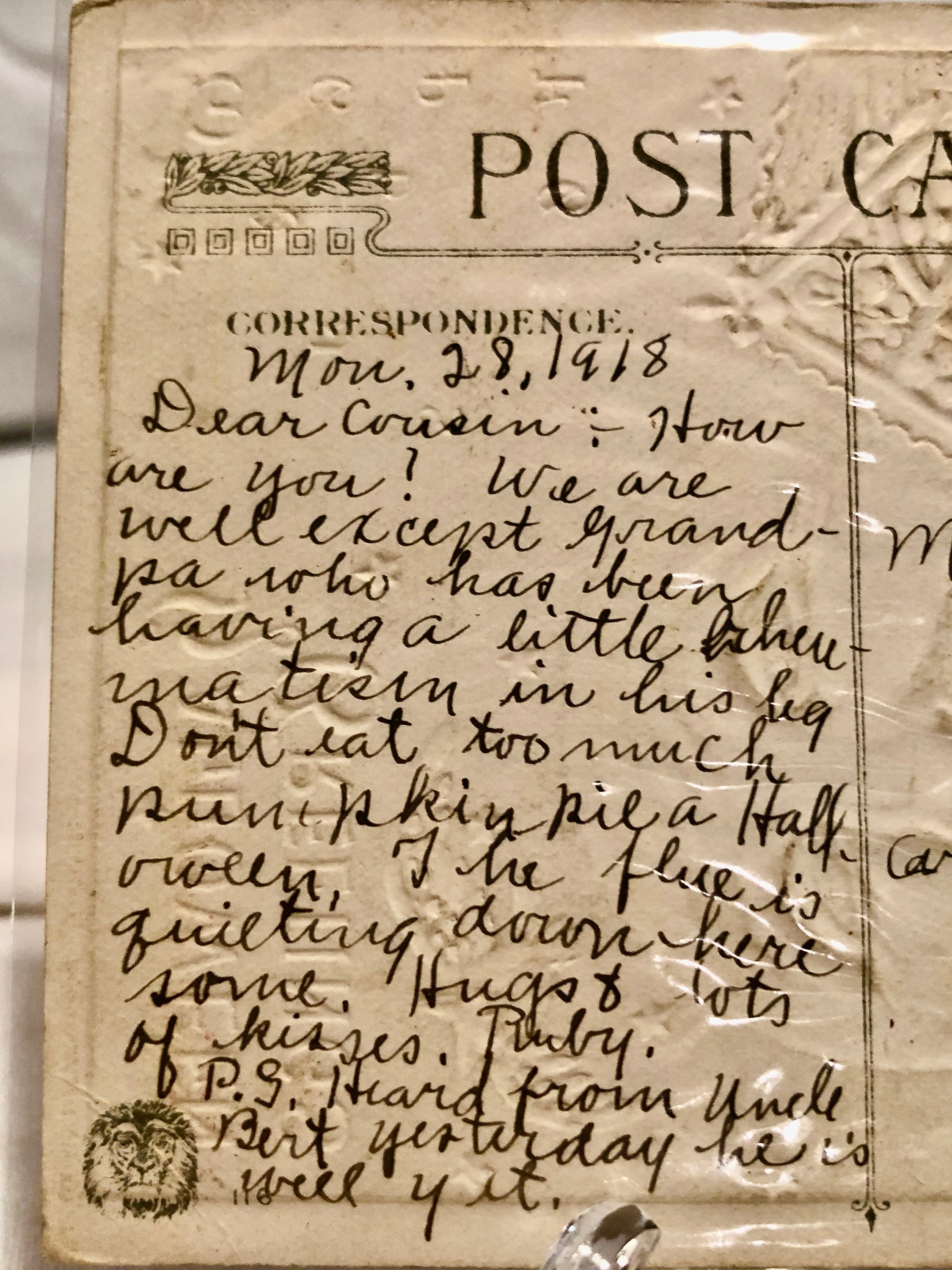 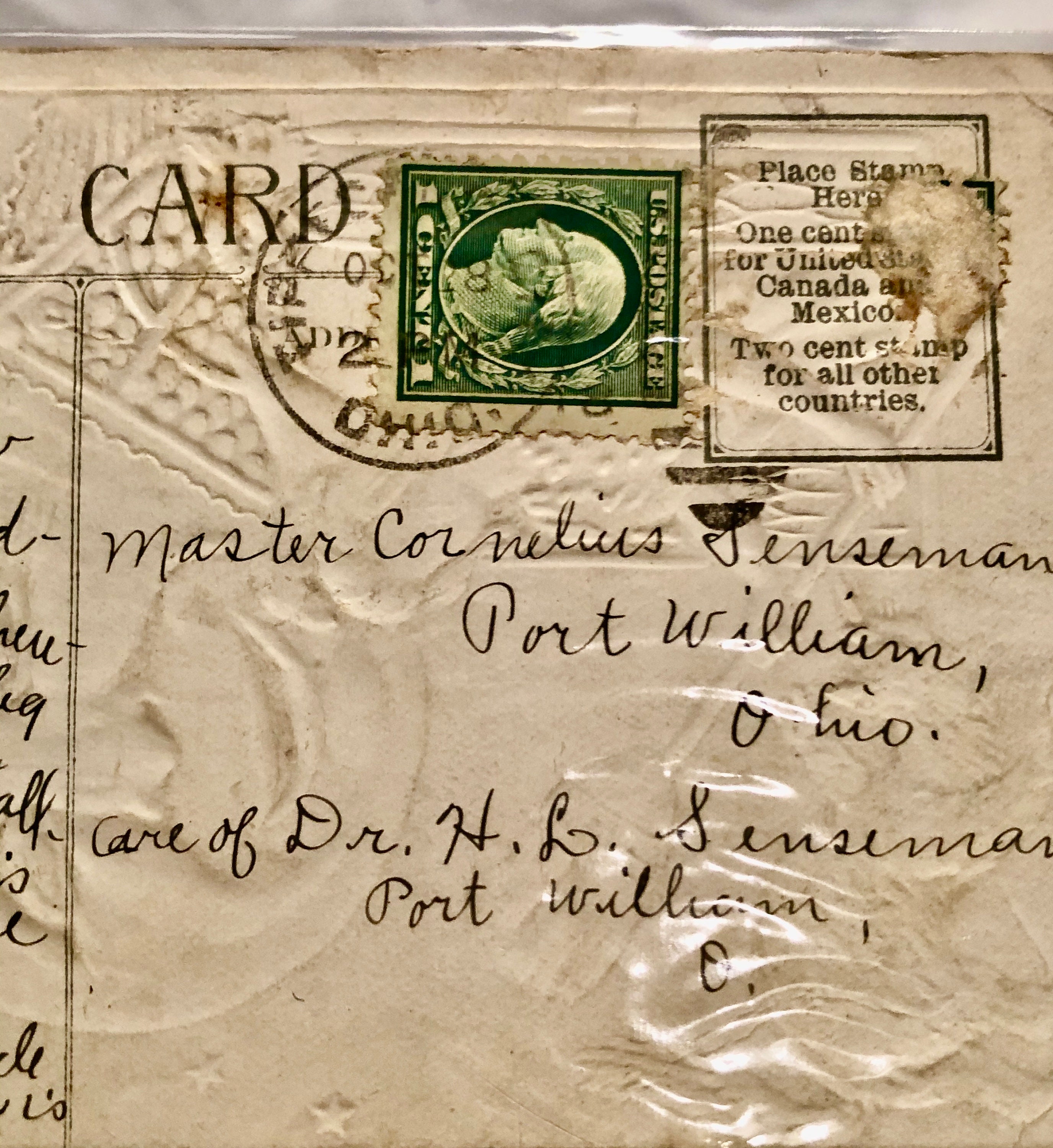 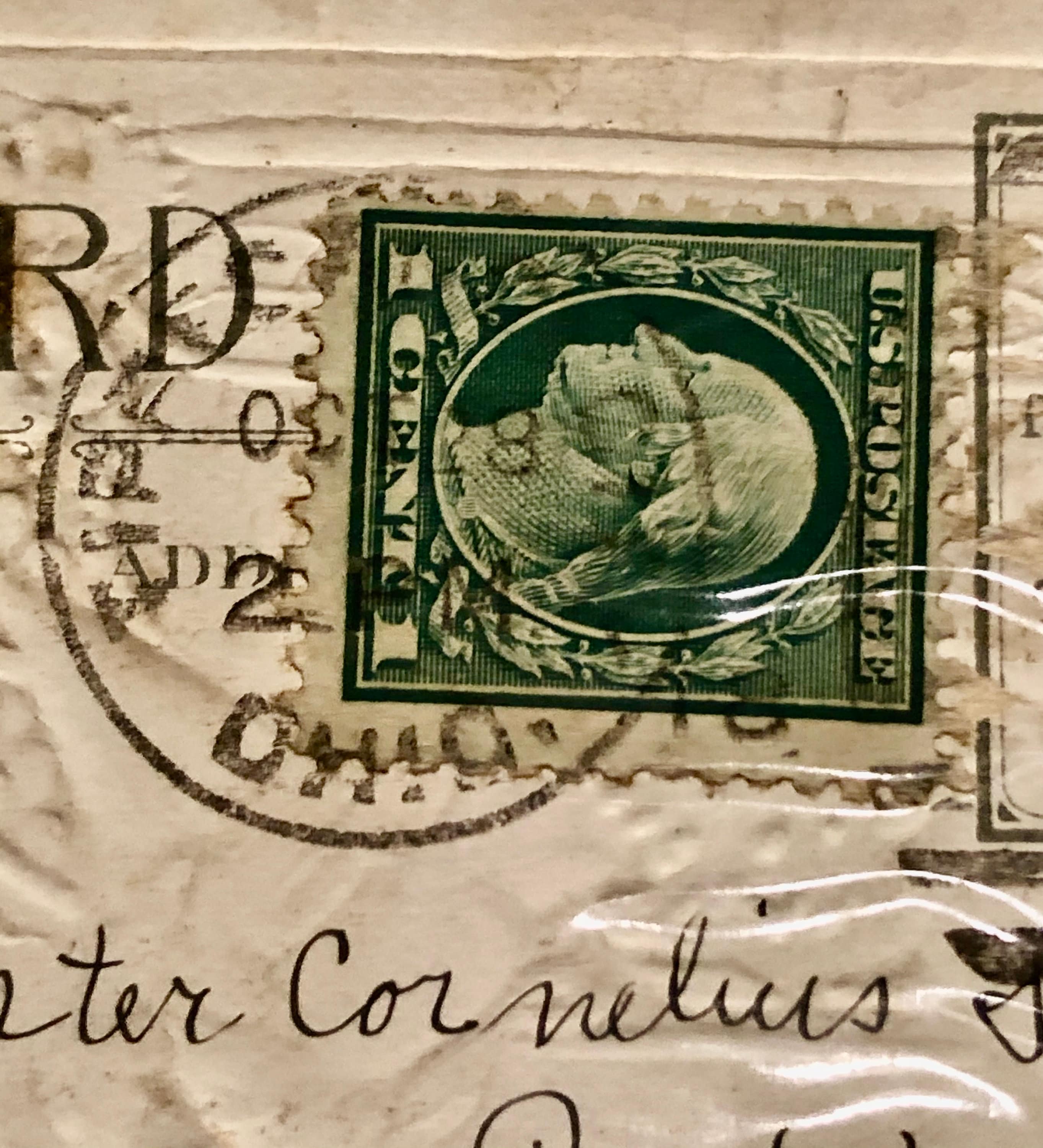 This is a bright and lively vintage Halloween postcard from 1918.
Depicting a large smiling full moon, Witch and her broom, an owl and of course a black cat!
Wishing 'Halloween Greetings' which read

"When you hear the owls hooting,Get your Jack O Lantern out,
Put on your Shroud and hurry, For Ghosts should be about"

There are no rips or tears. A slight bend can be seen in the bottom left corner