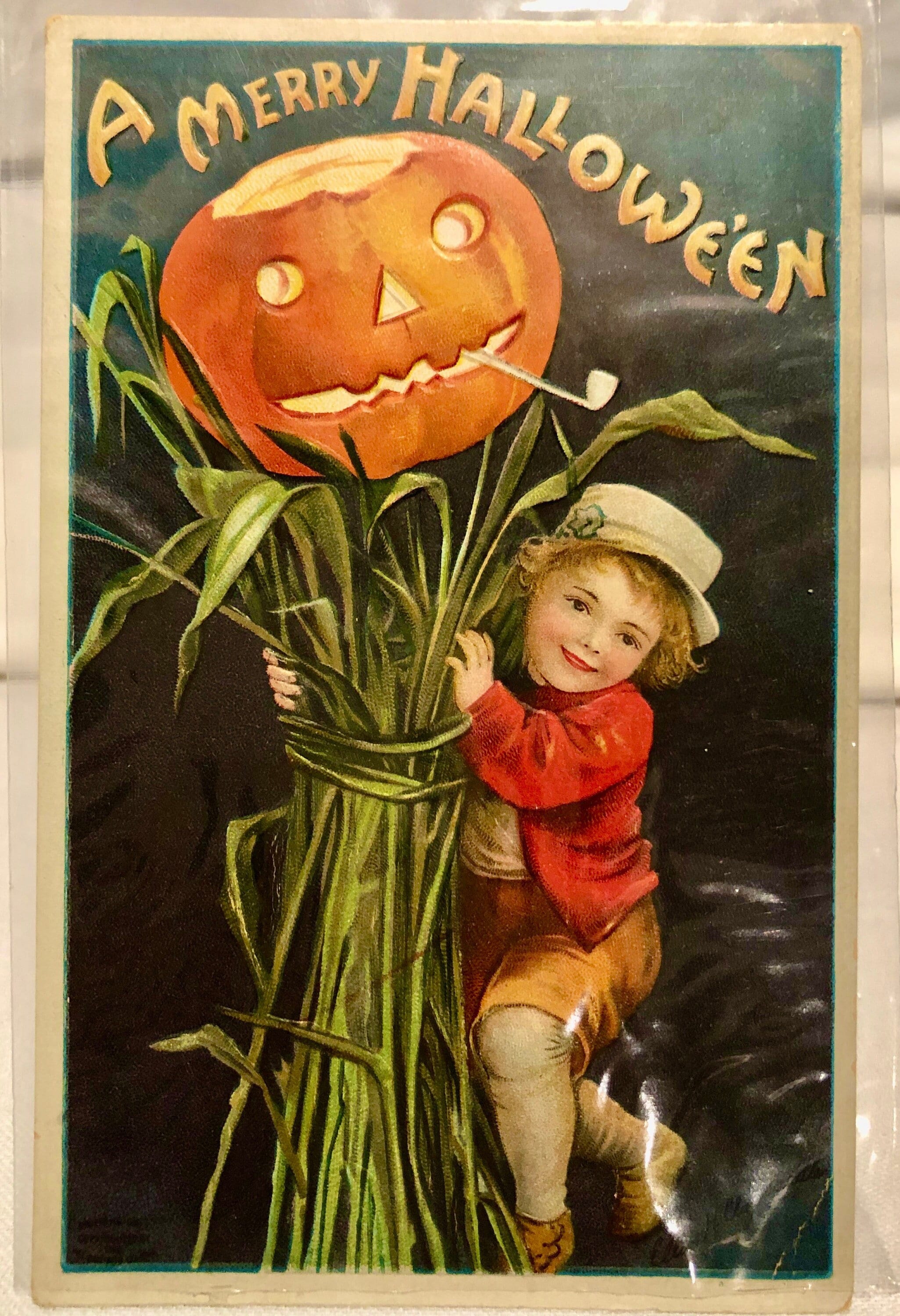 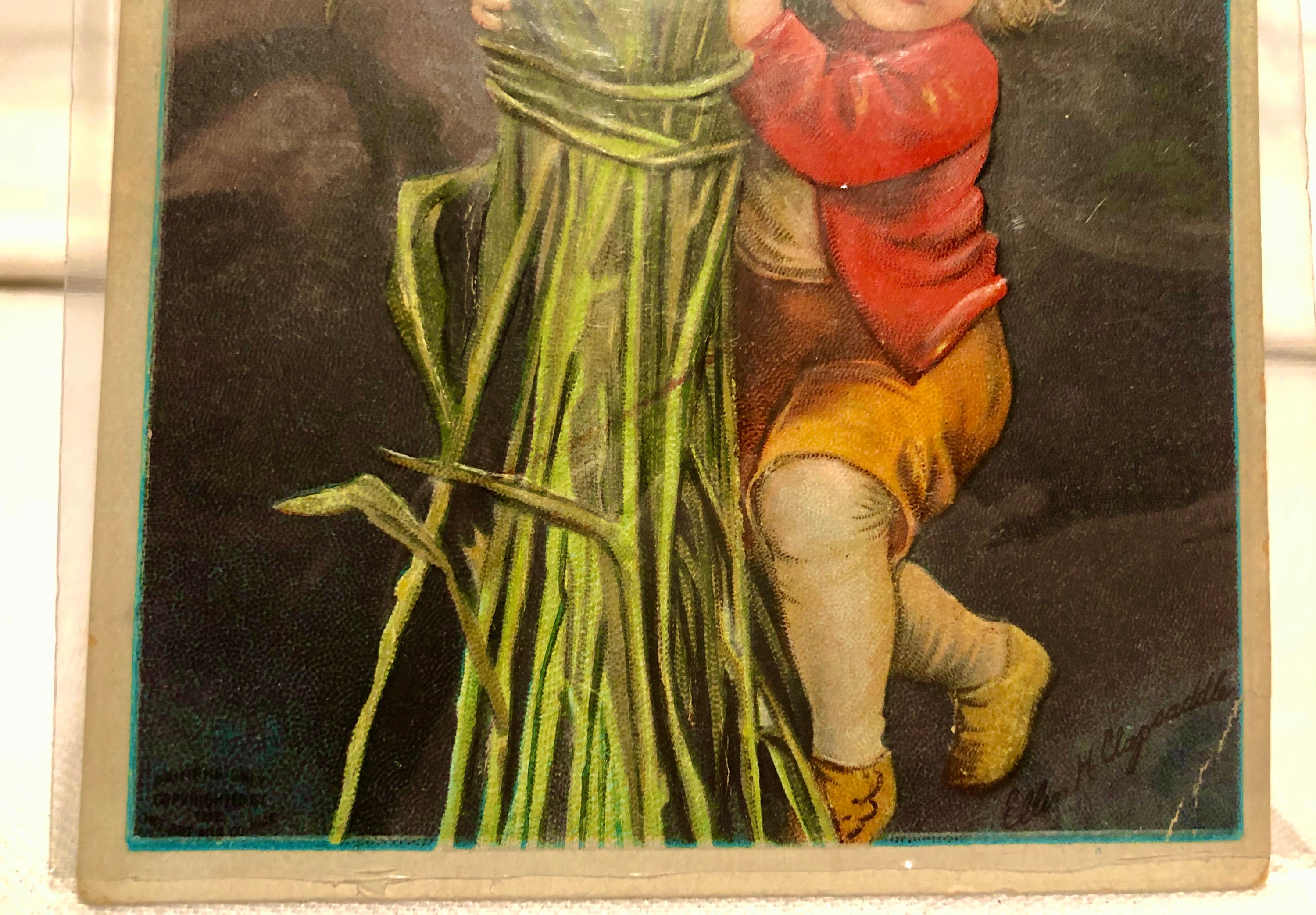 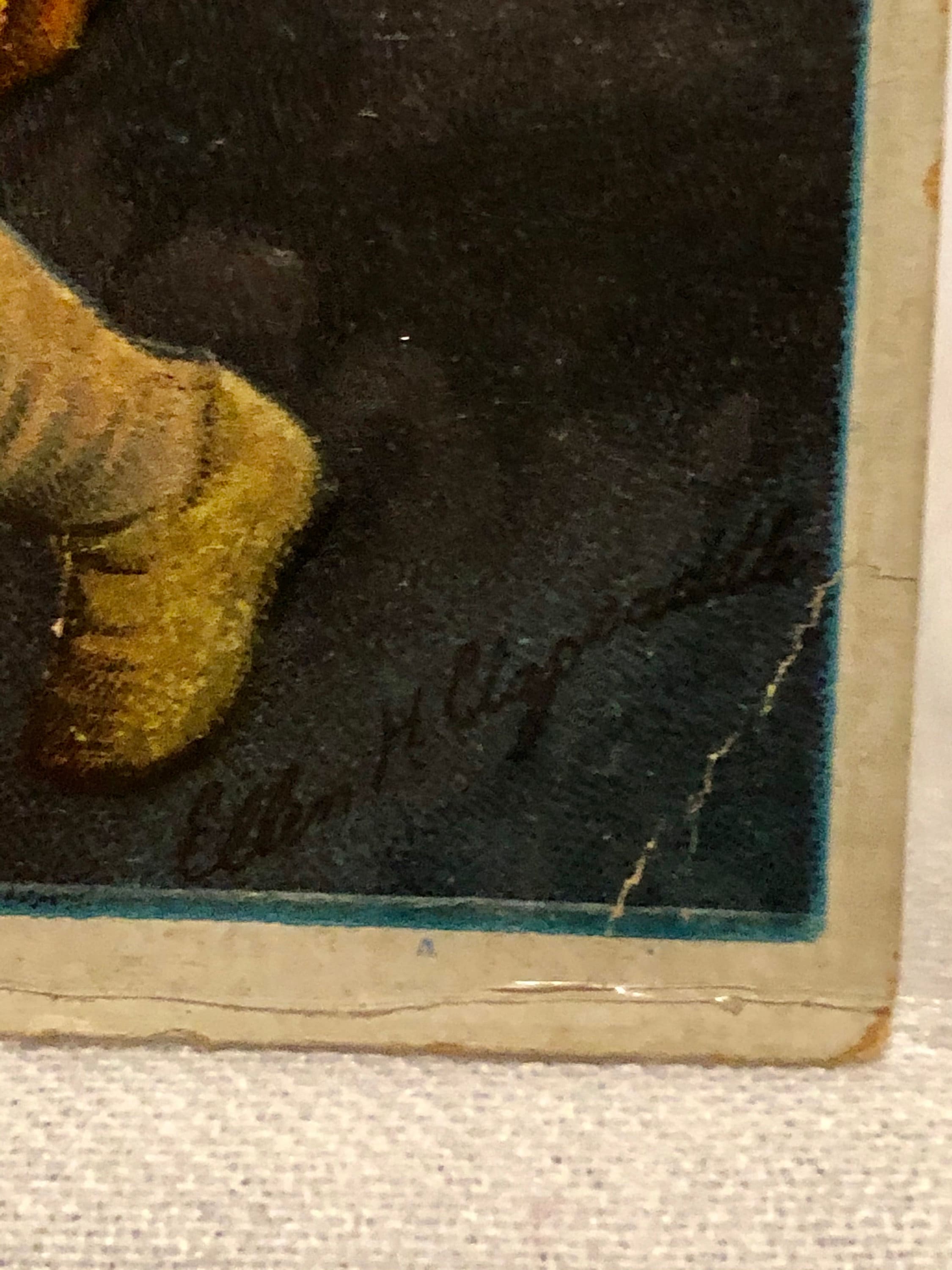 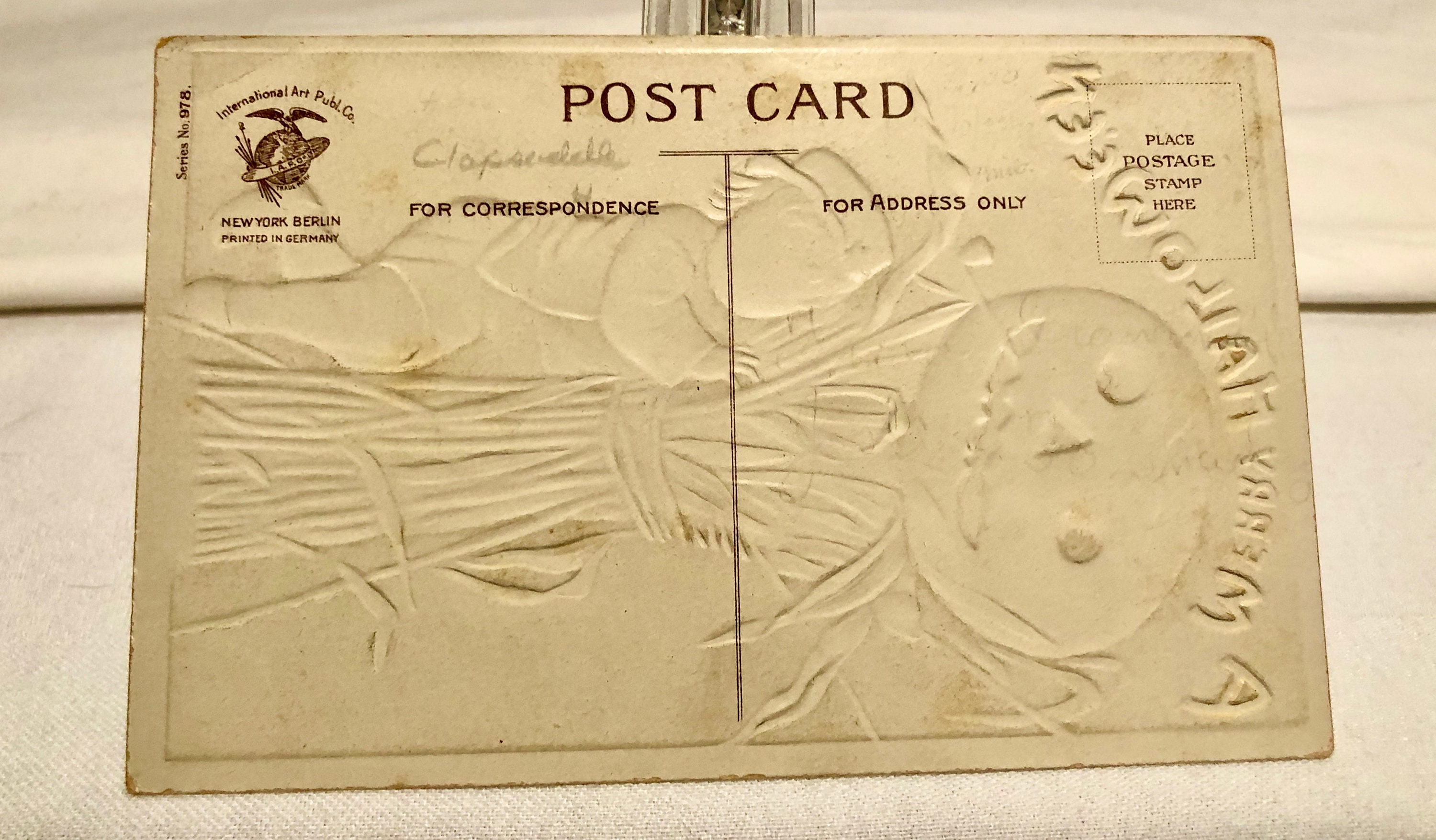 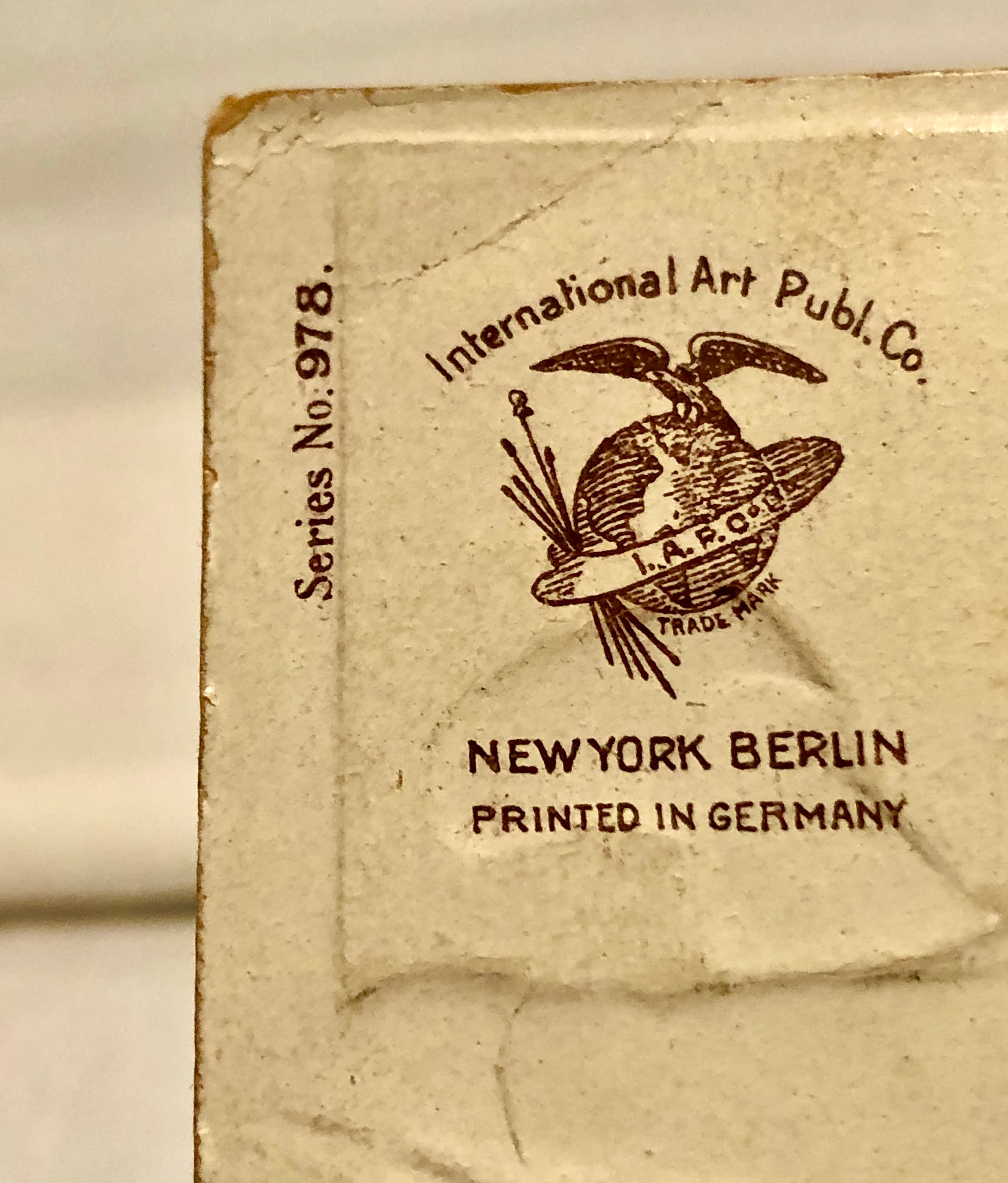 This vintage postcard depicts a sweet pink cheeked young boy with a haystack and Jack O Lantern. Series No 978
Designed and marked by the famous Ellen H Clapsaddle
This card is unmarked or used.
It has vibrant crisp colors, mild rubbing on the edges, no rips or tears.