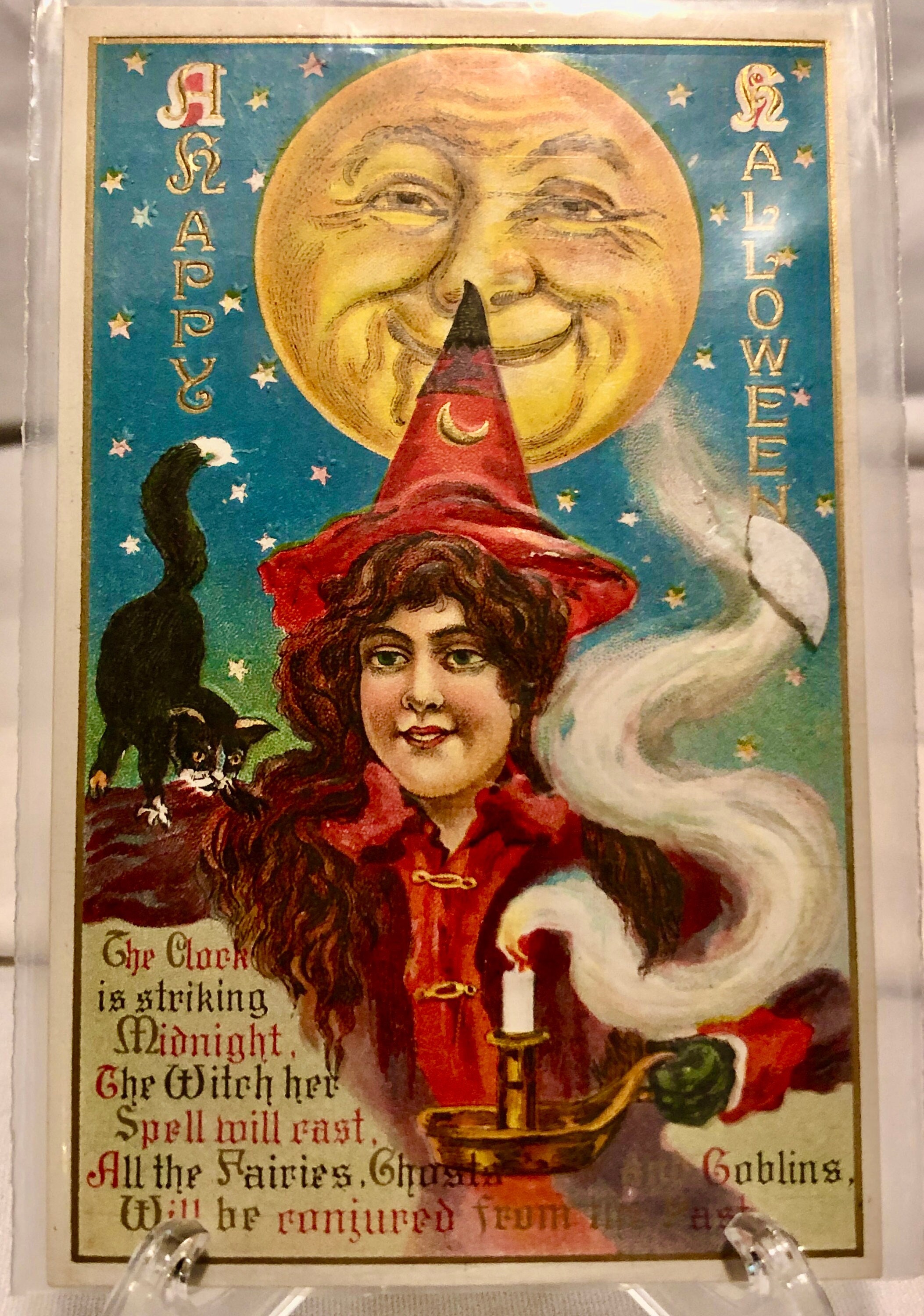 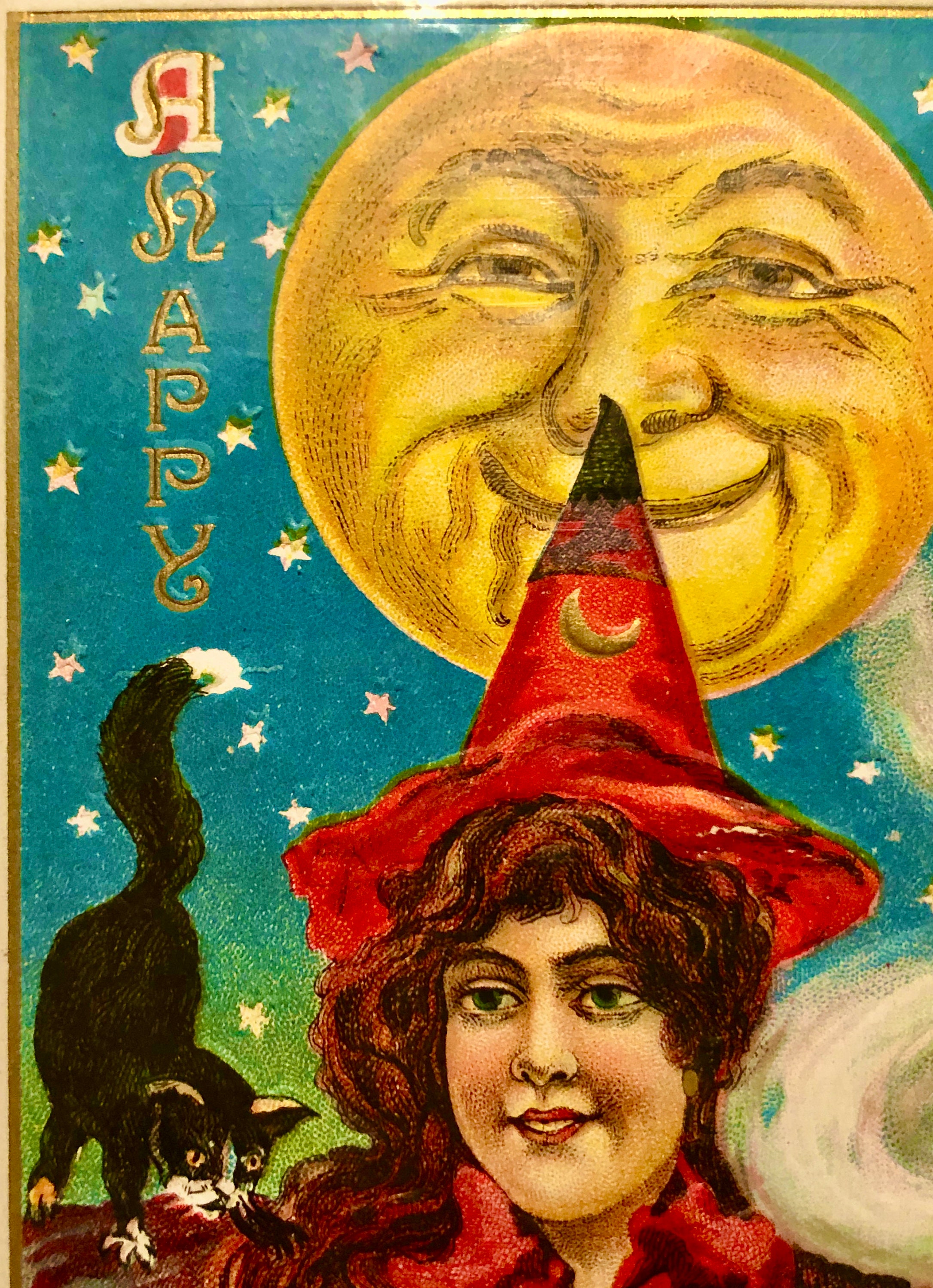 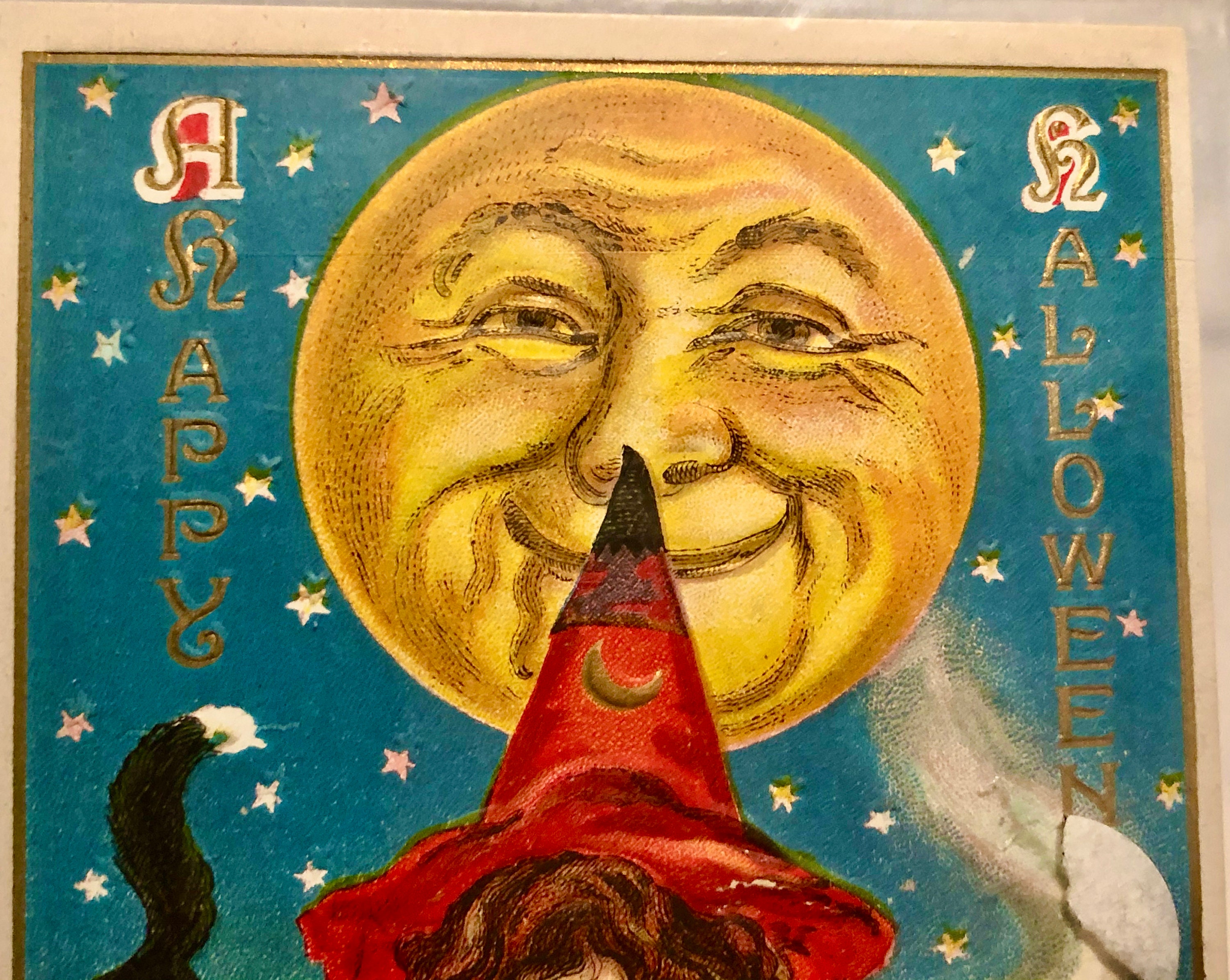 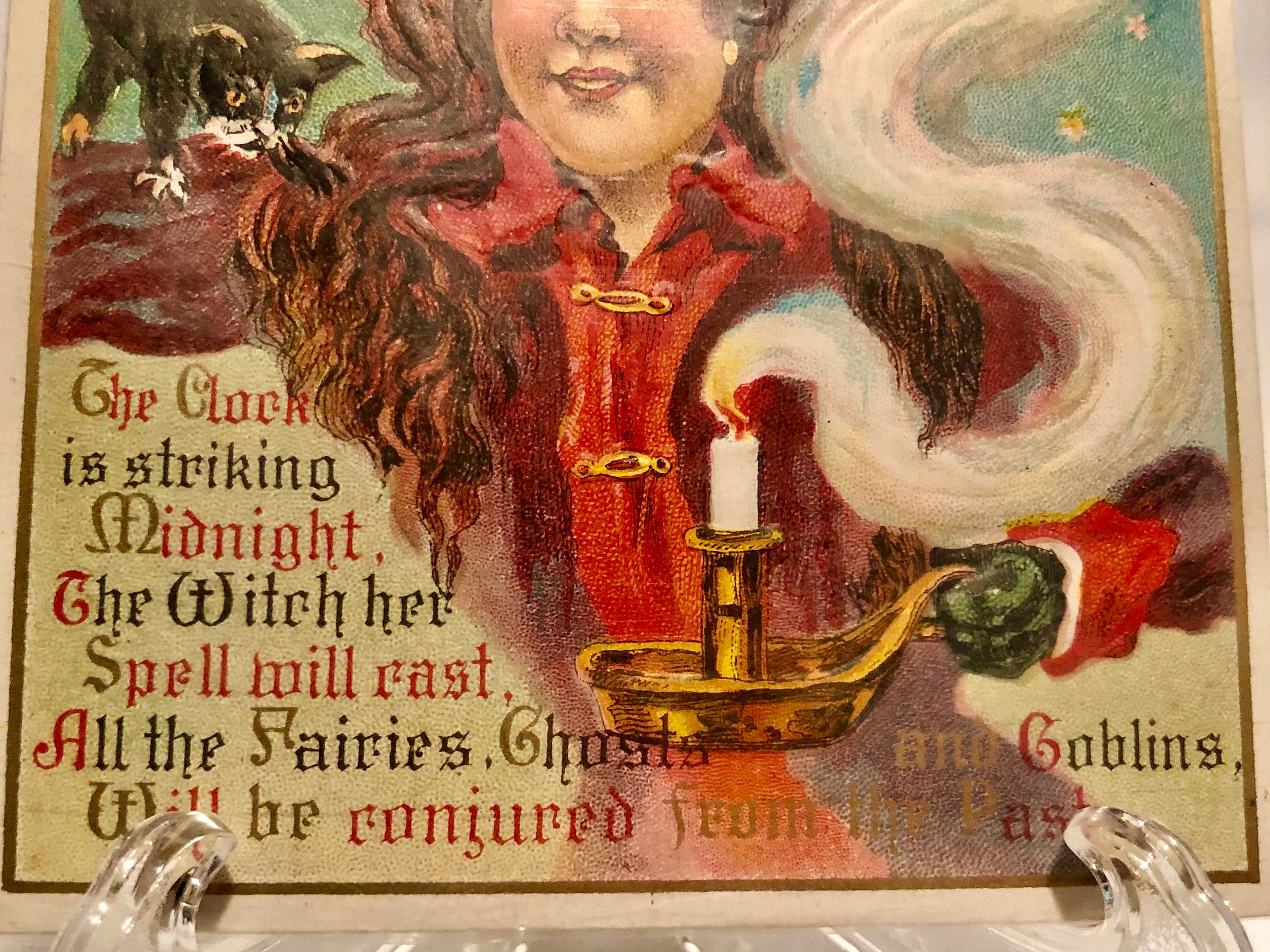 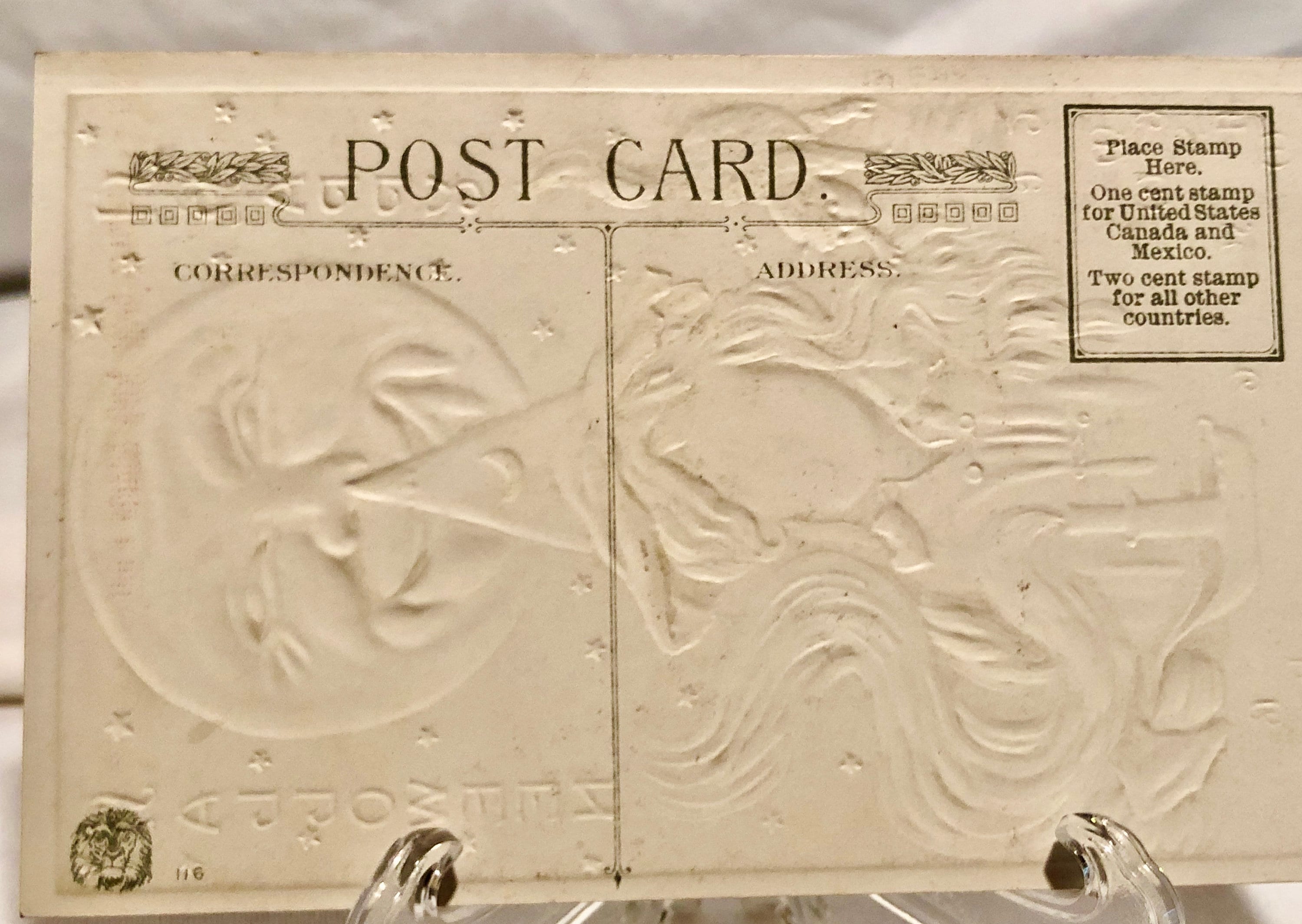 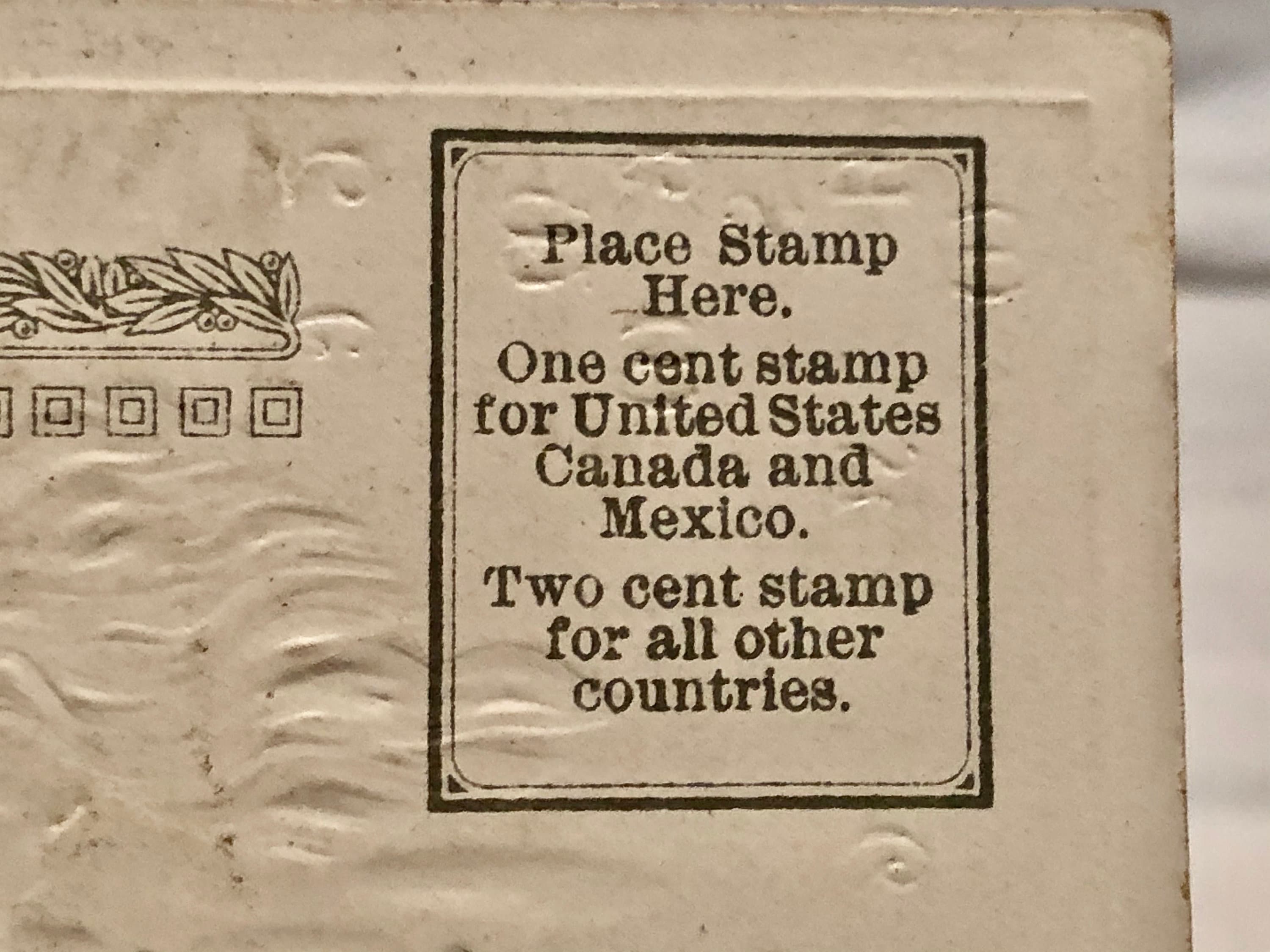 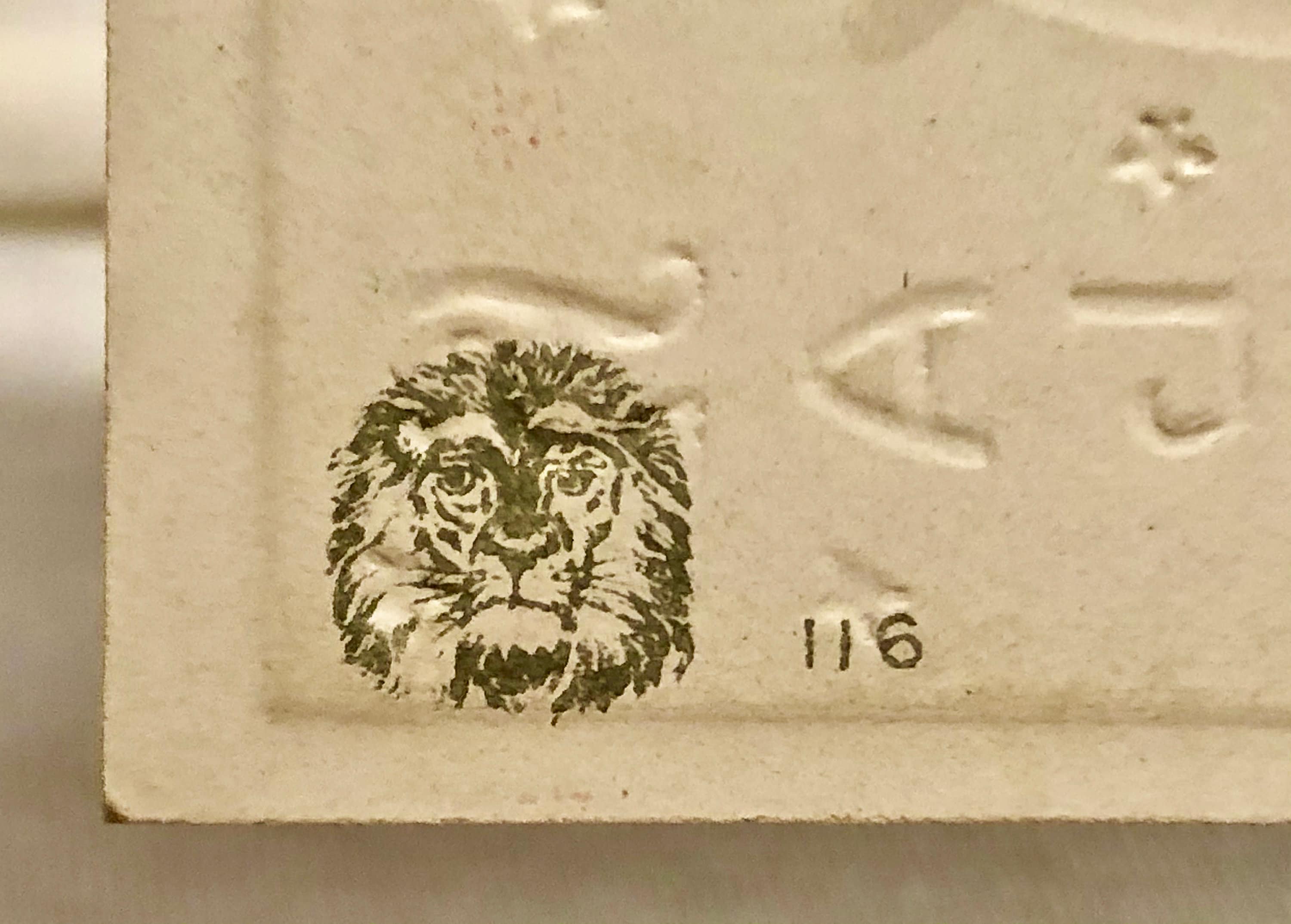 This is a bright and lively vintage Halloween postcard from 1918.
Depicting a large smiling full moon, Witch and her broom, and of course a black cat!
Wishing 'A Happy Halloween' greeting which reads

"The clock is striking Midnight, The witch herSpell will cast
All the Fairies, Ghost sand Goblins, Will be conjured from the past"

The back of the card is clean and unmarked.

There are no rips or tears.