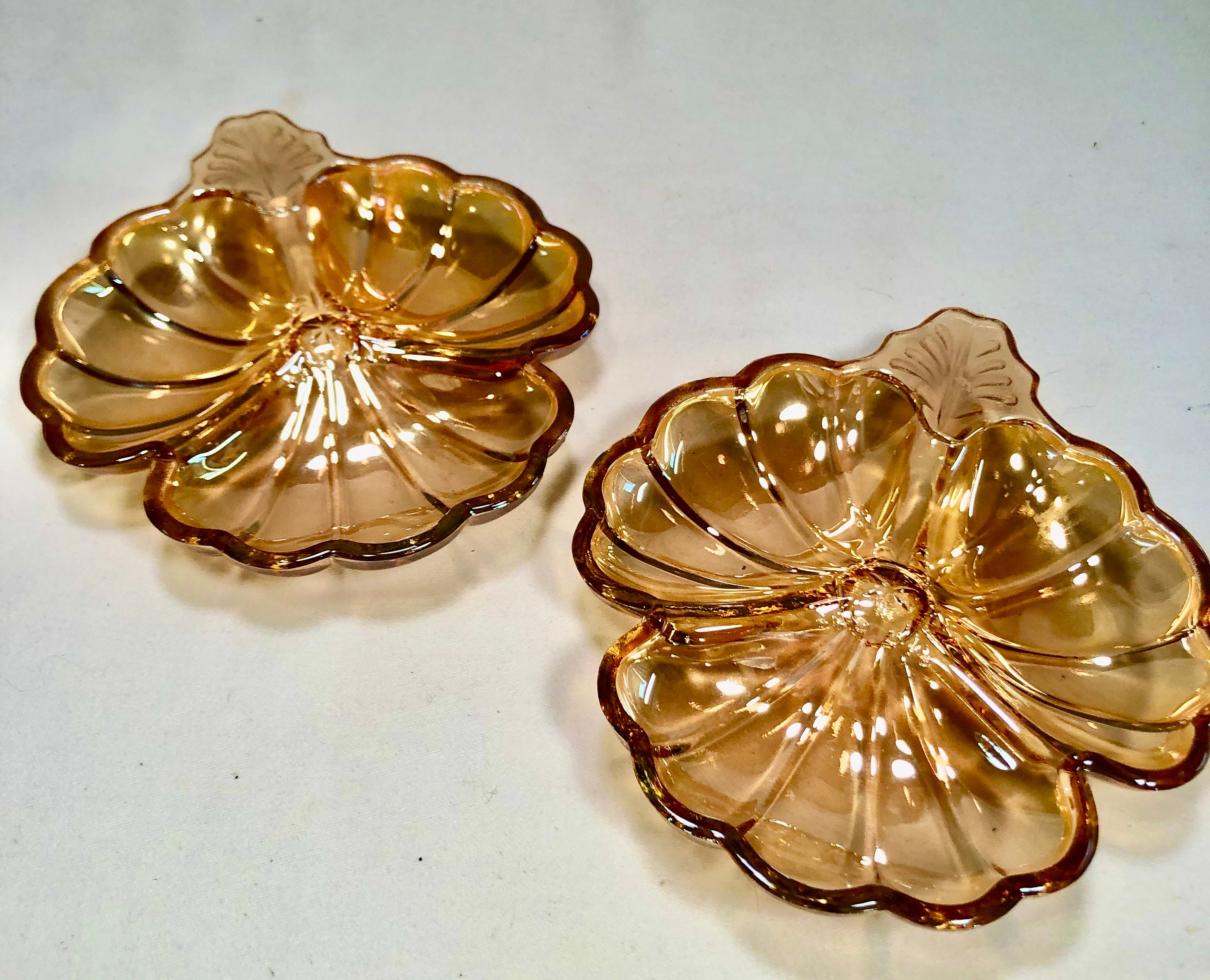 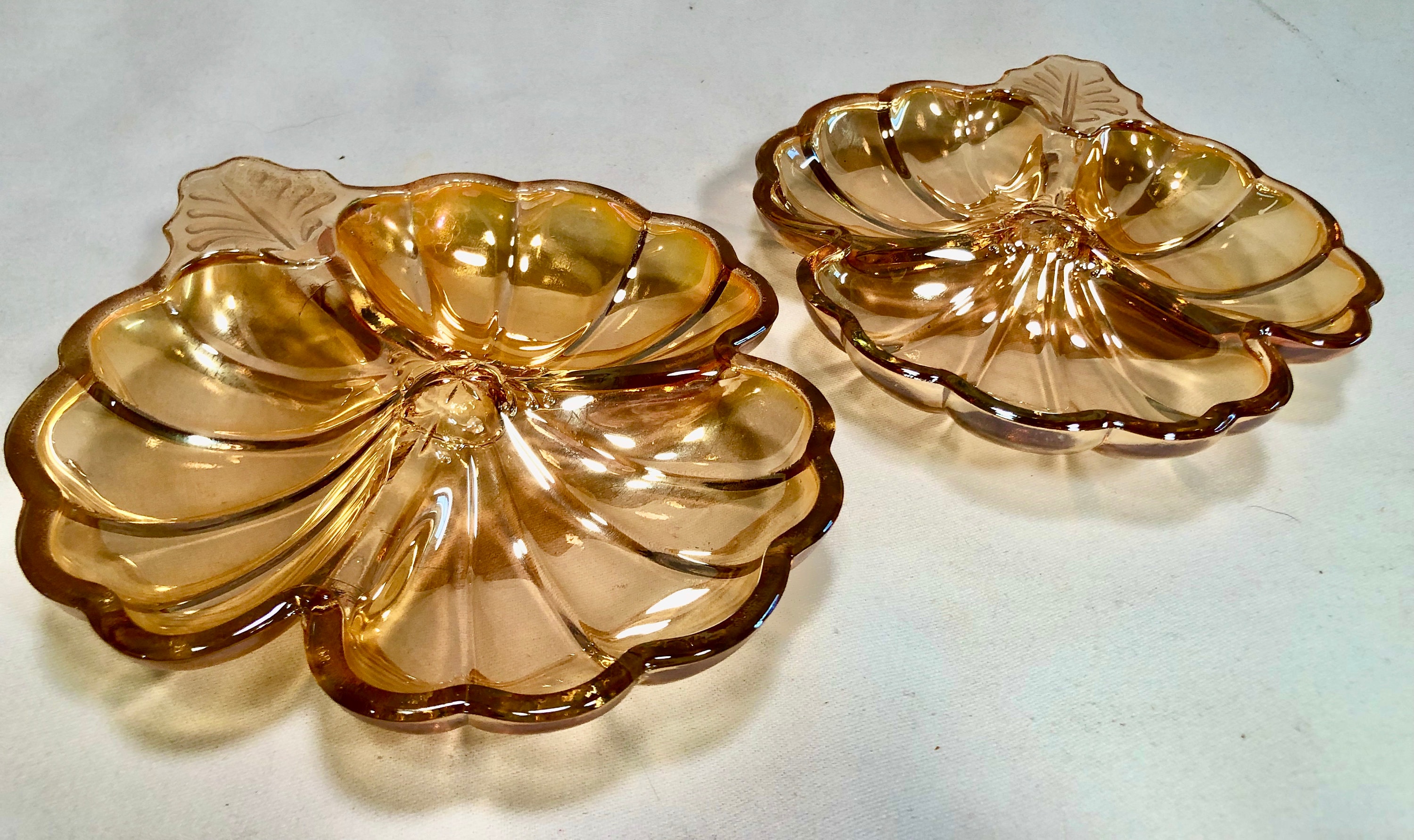 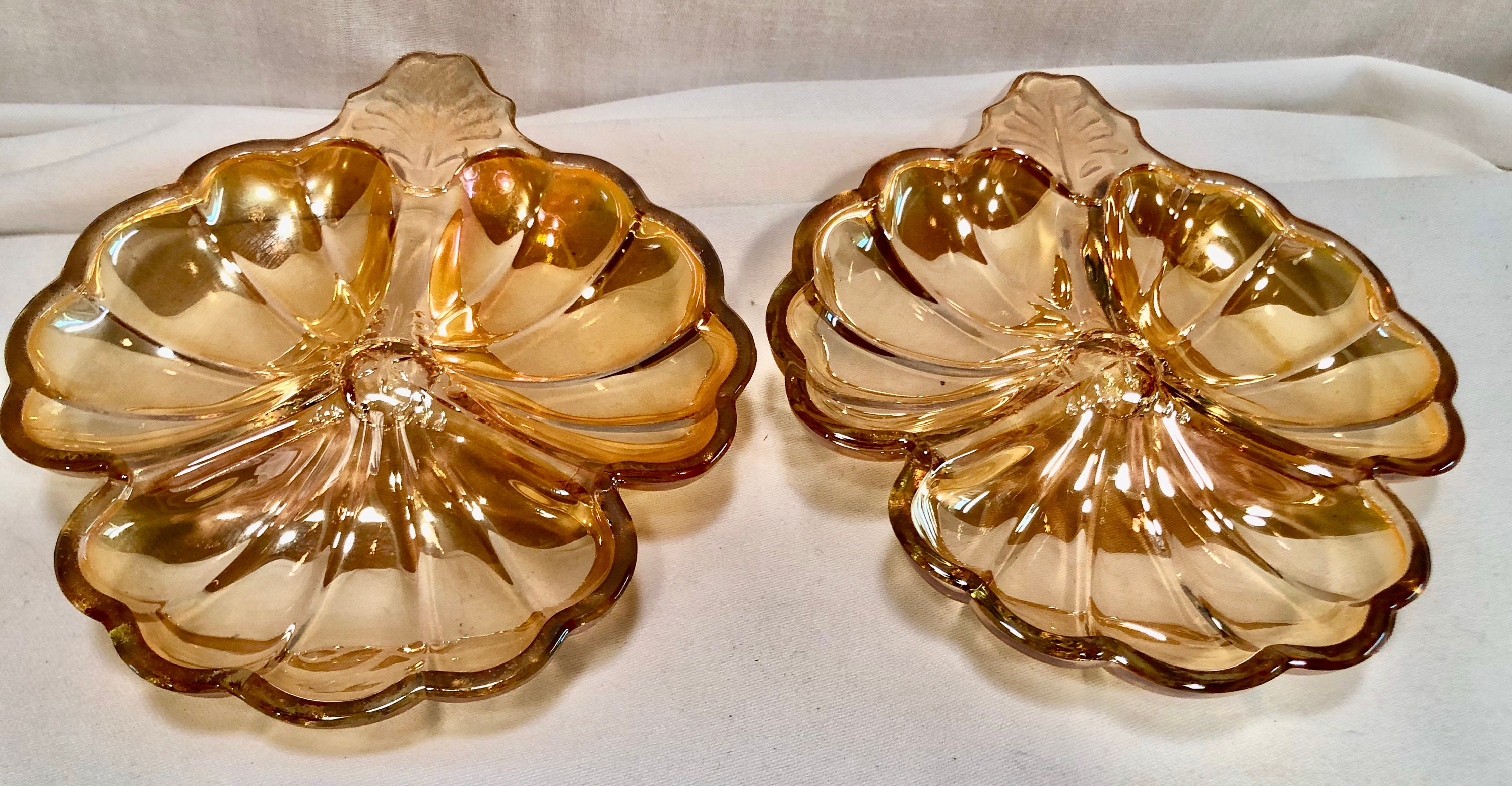 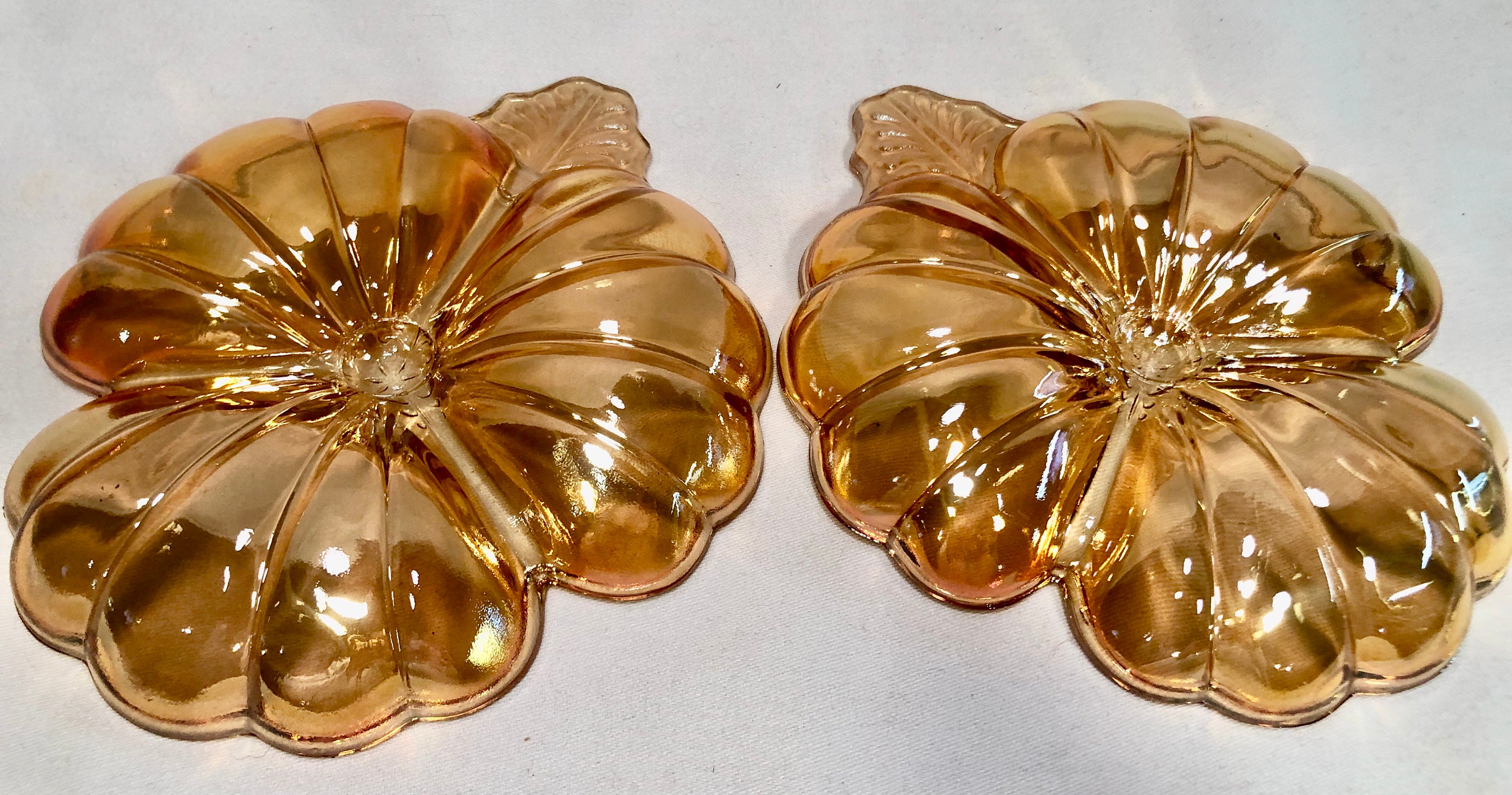 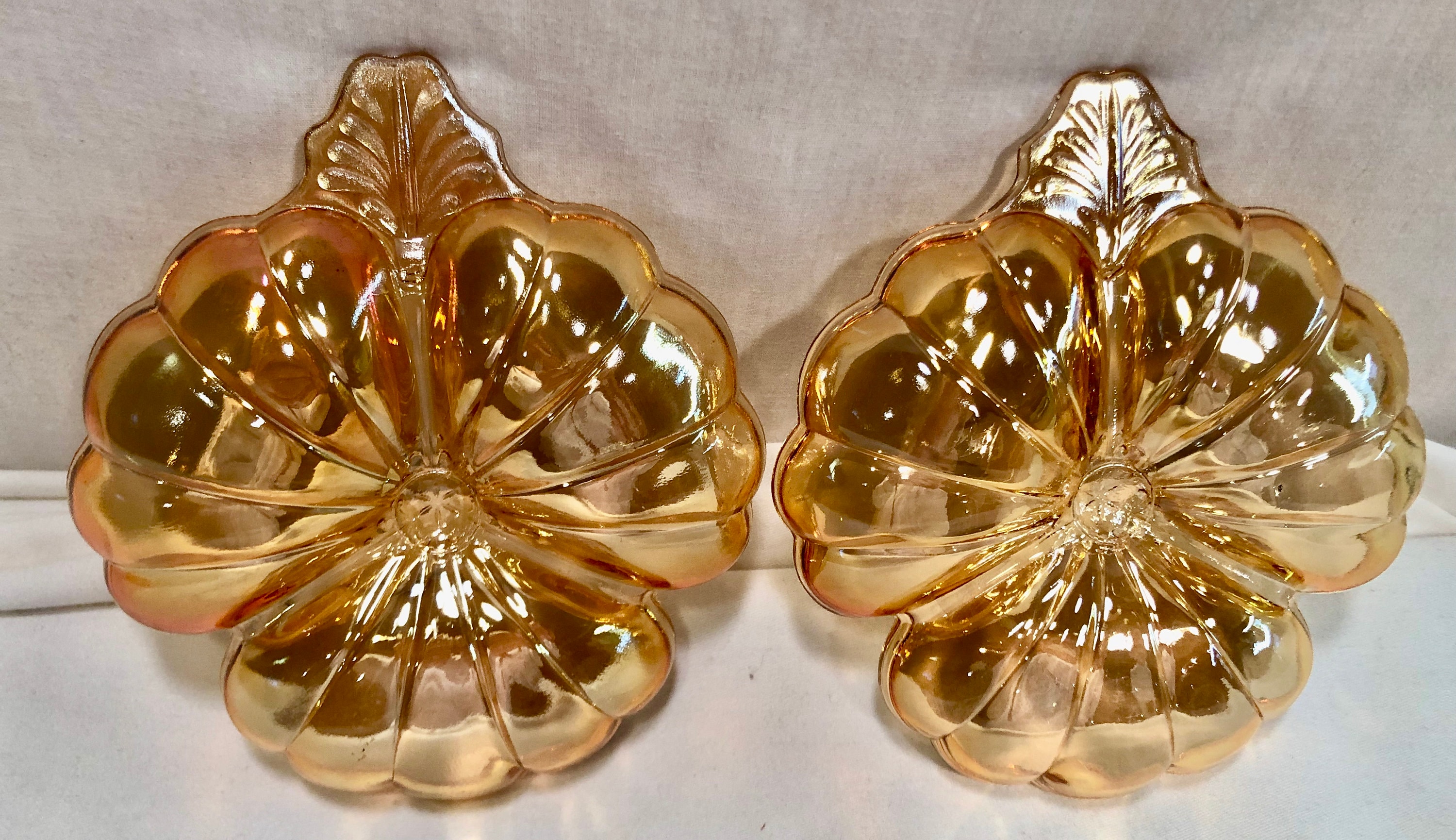 This set of two iridescent carnival glass candy/jewelry/serving dishes are a beautiful warm amber, marigold color with a beautiful iridescent sheen which carnival glass is known for
Shaped like clover leaves each has three sections to separate candy, nuts, condiments or even jewelry and trinkets!
They have no chips or cracks
Each dish measures 1" x 6" x 7"