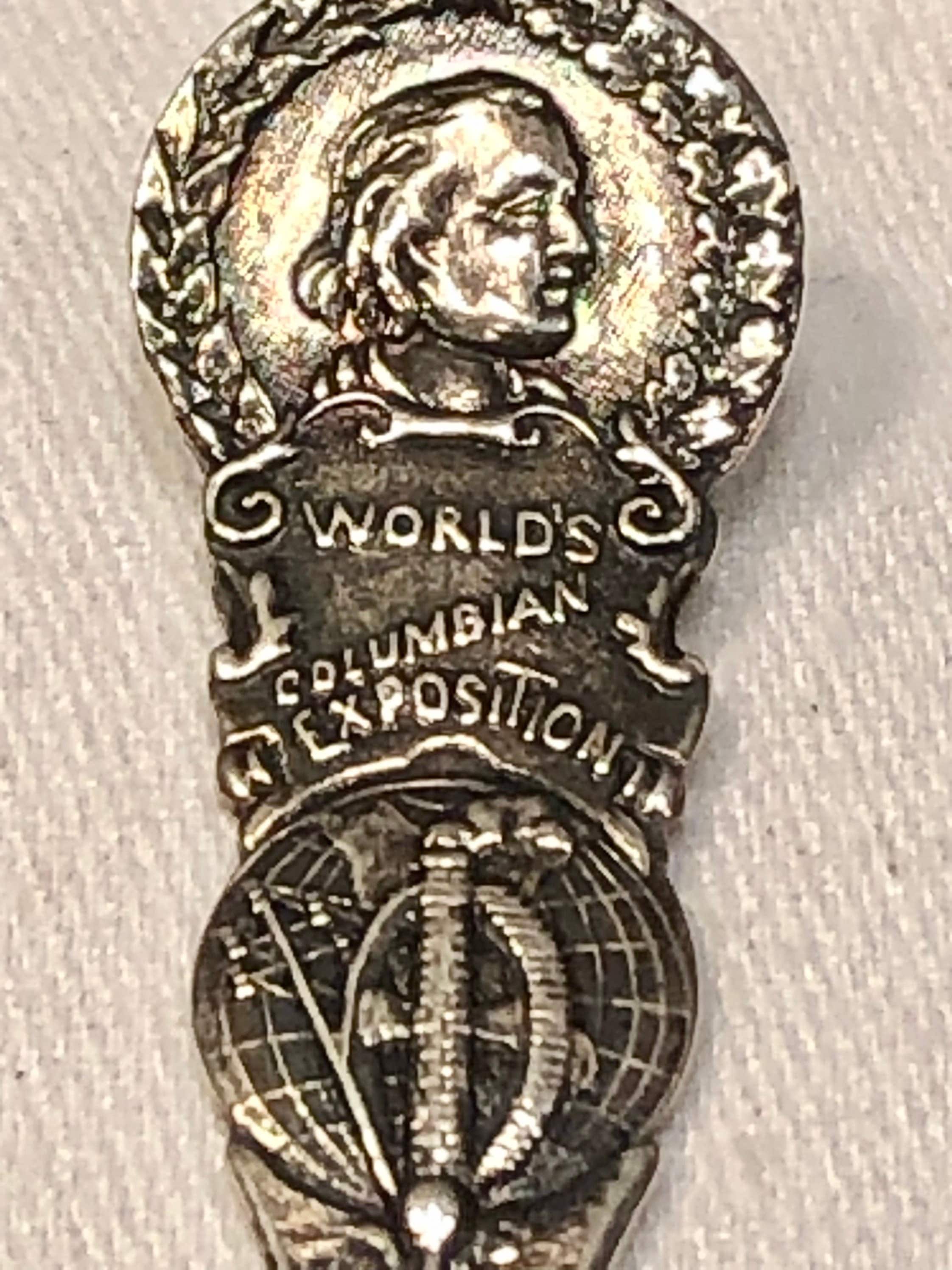 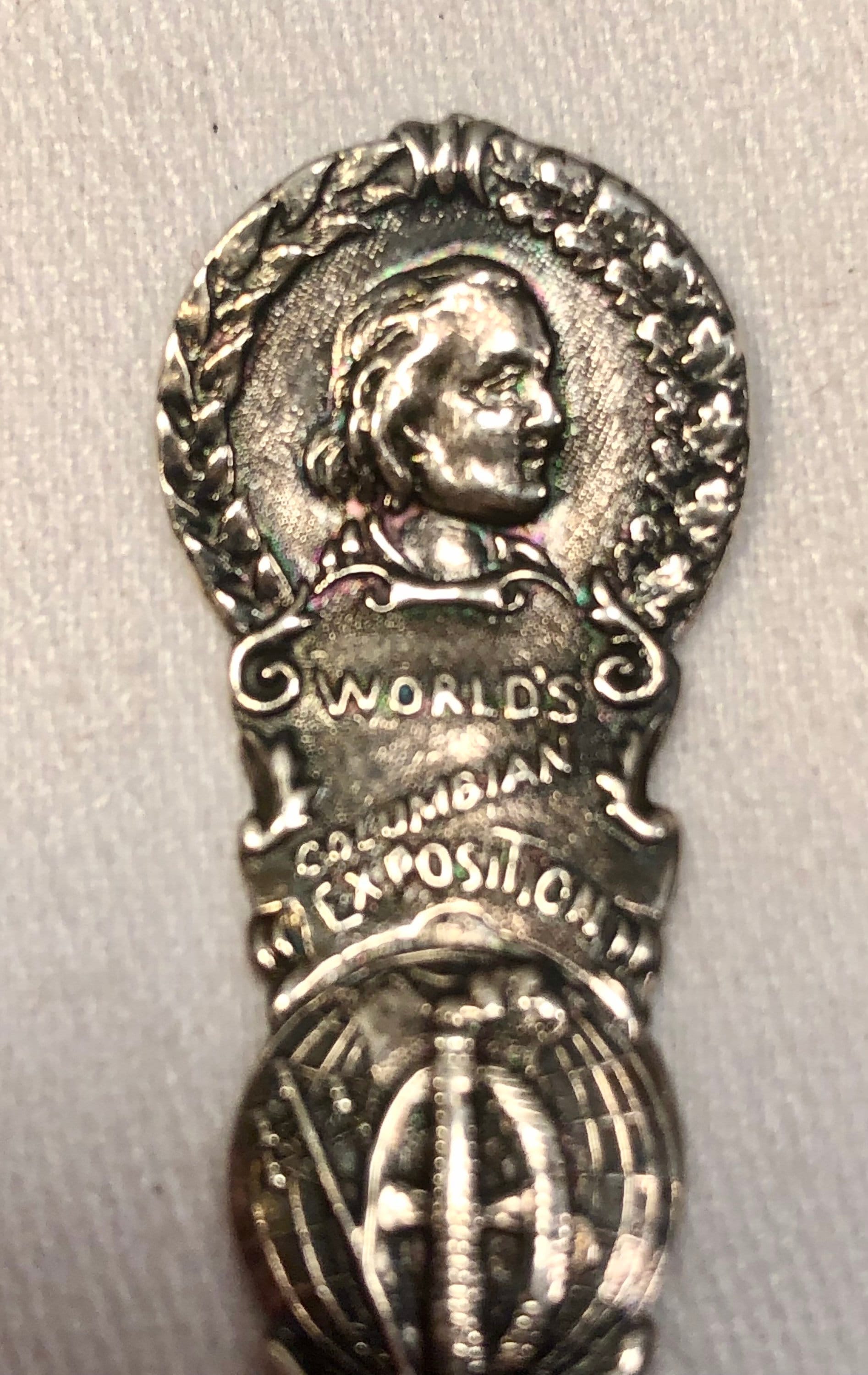 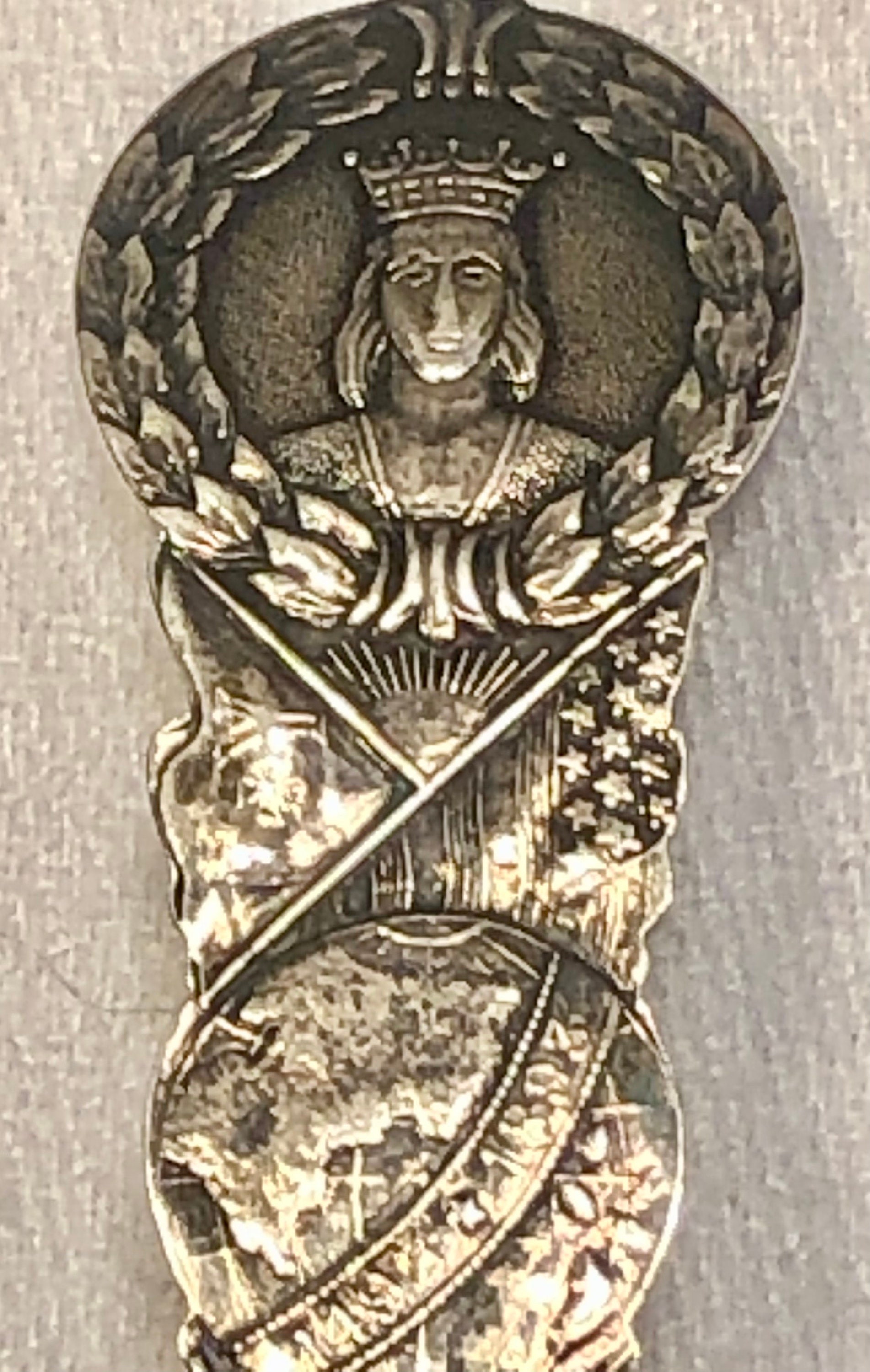 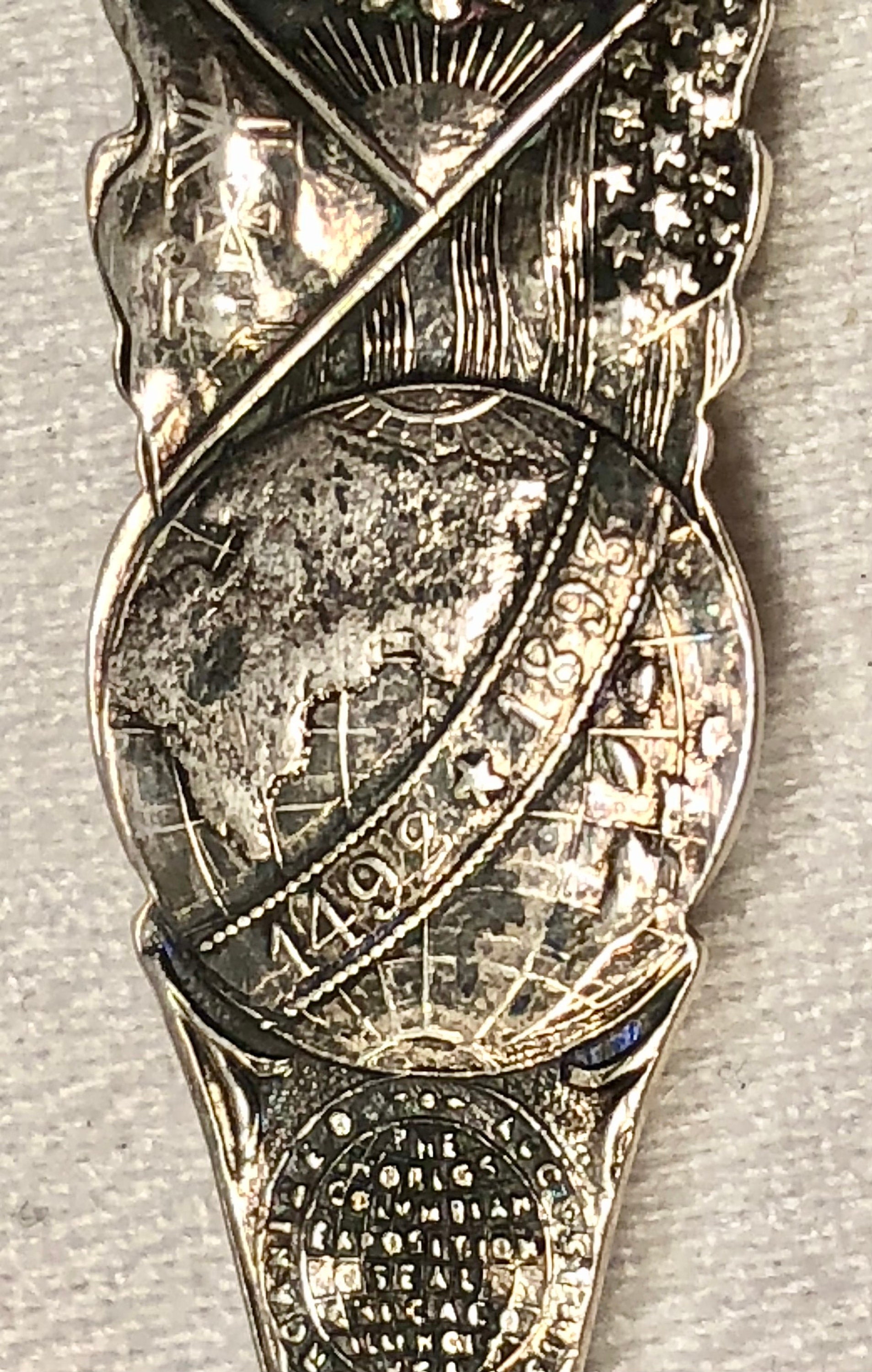 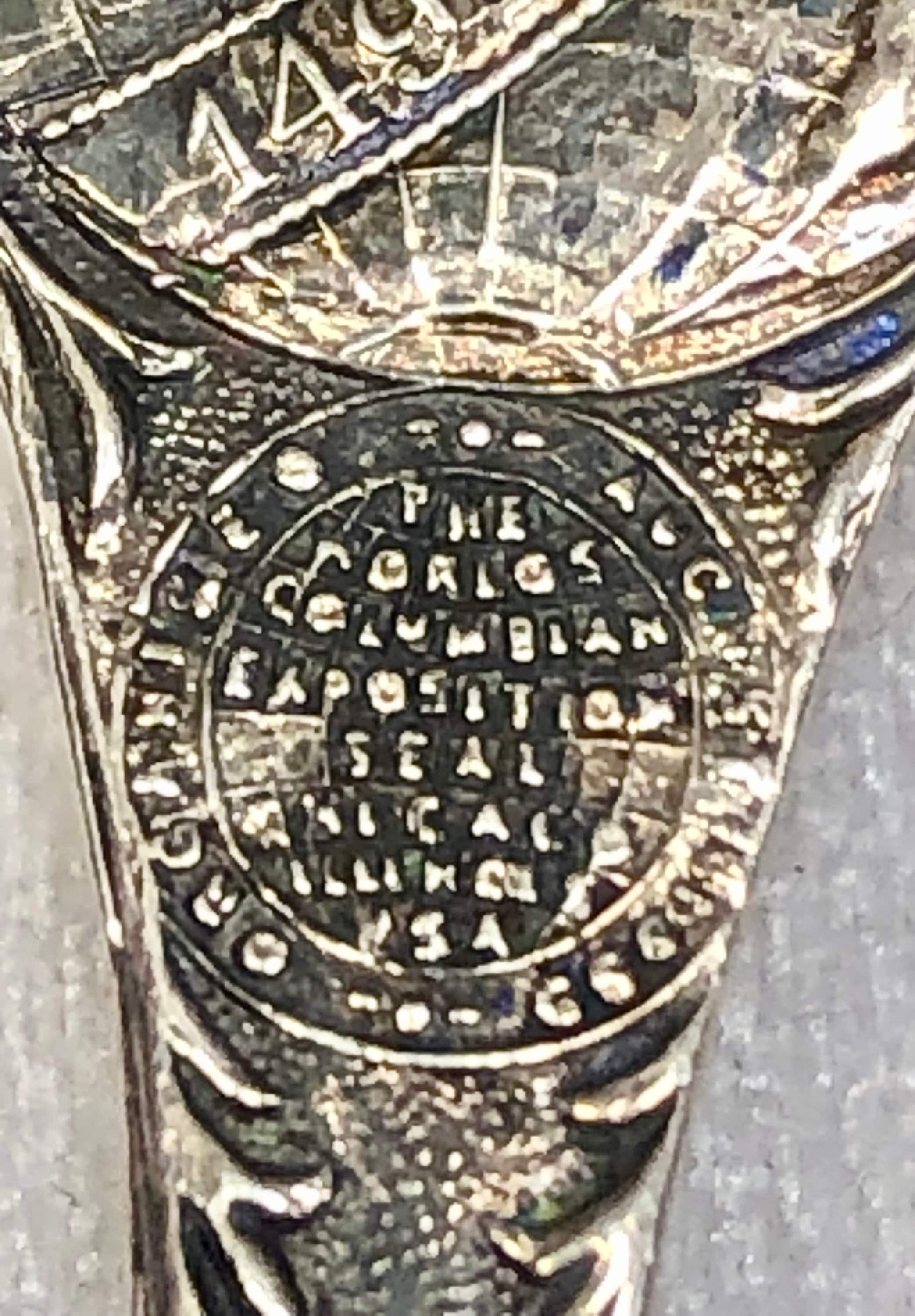 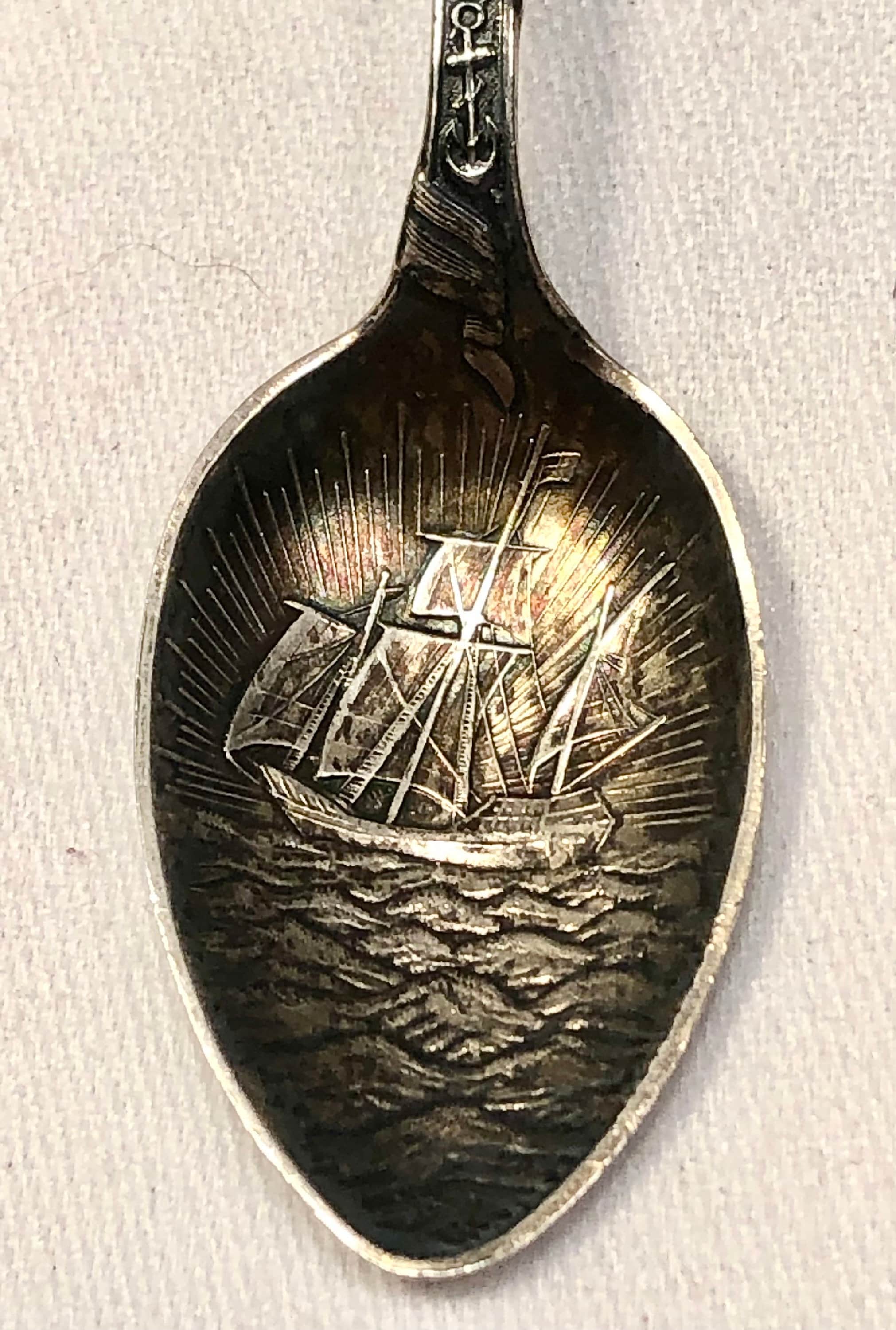 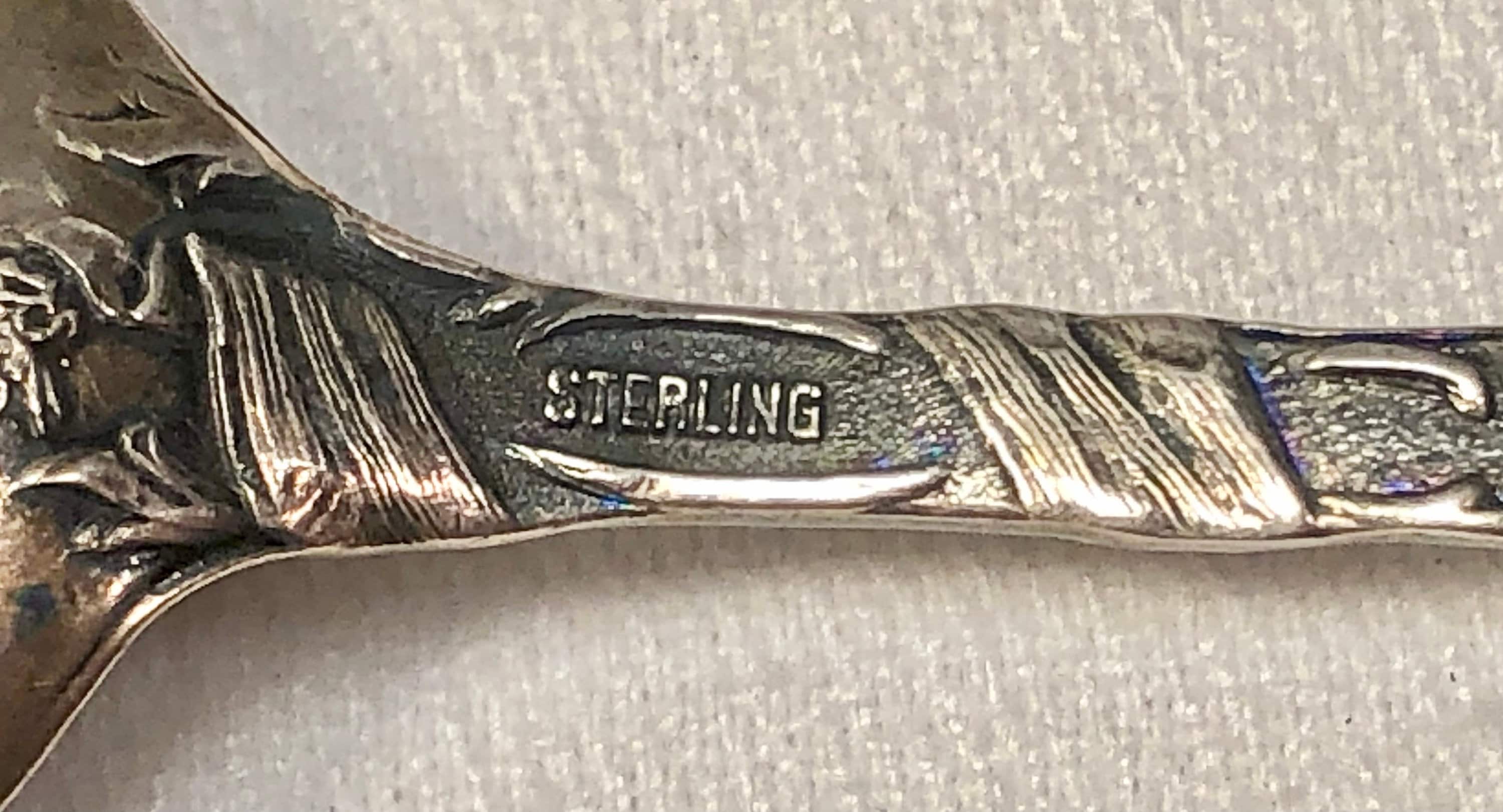 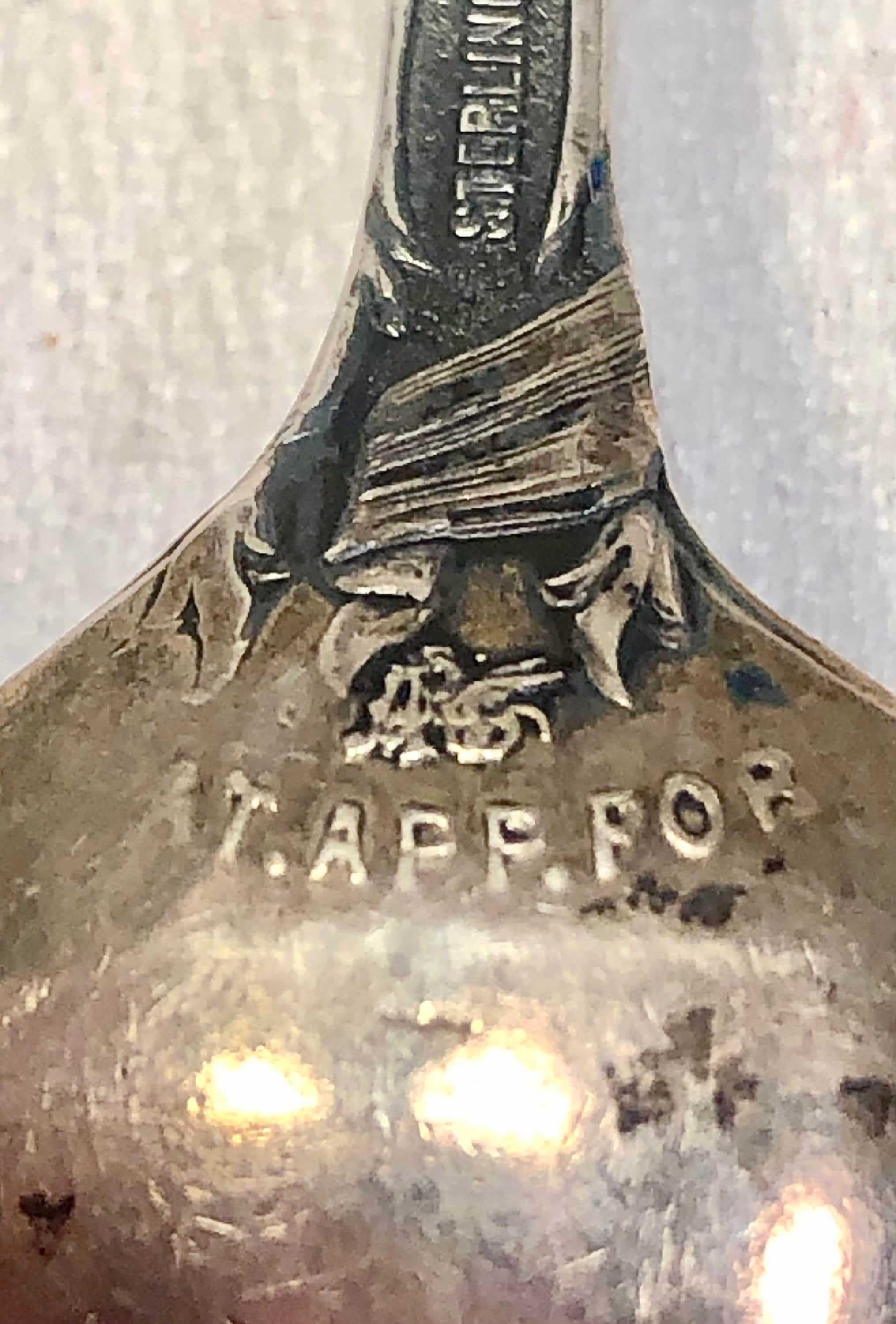 This 1893 Columbian Exposition Souvenir spoon is beautifully and intricately decorated on both sides.
It is marked Sterling on the neck and measures 4 1/4"

The World's Columbian Exposition (the official shortened name for the World's Fair: Columbian Exposition, also known as the Chicago World's Fair) was a world's fair held in Chicago in 1893 to celebrate the 400th anniversary of Christopher Columbus' arrival in the New World in 1492. The centerpiece of the Fair, held in Jackson Park, was a large water pool representing the voyage Columbus took to the New World. Chicago had won the right to host the fair over several other cities, including New York City, Washington, D.C., and St. Louis. The exposition was an influential social and cultural event and had a profound effect on architecture, sanitation, the arts, Chicago's self-image, and American industrial optimism