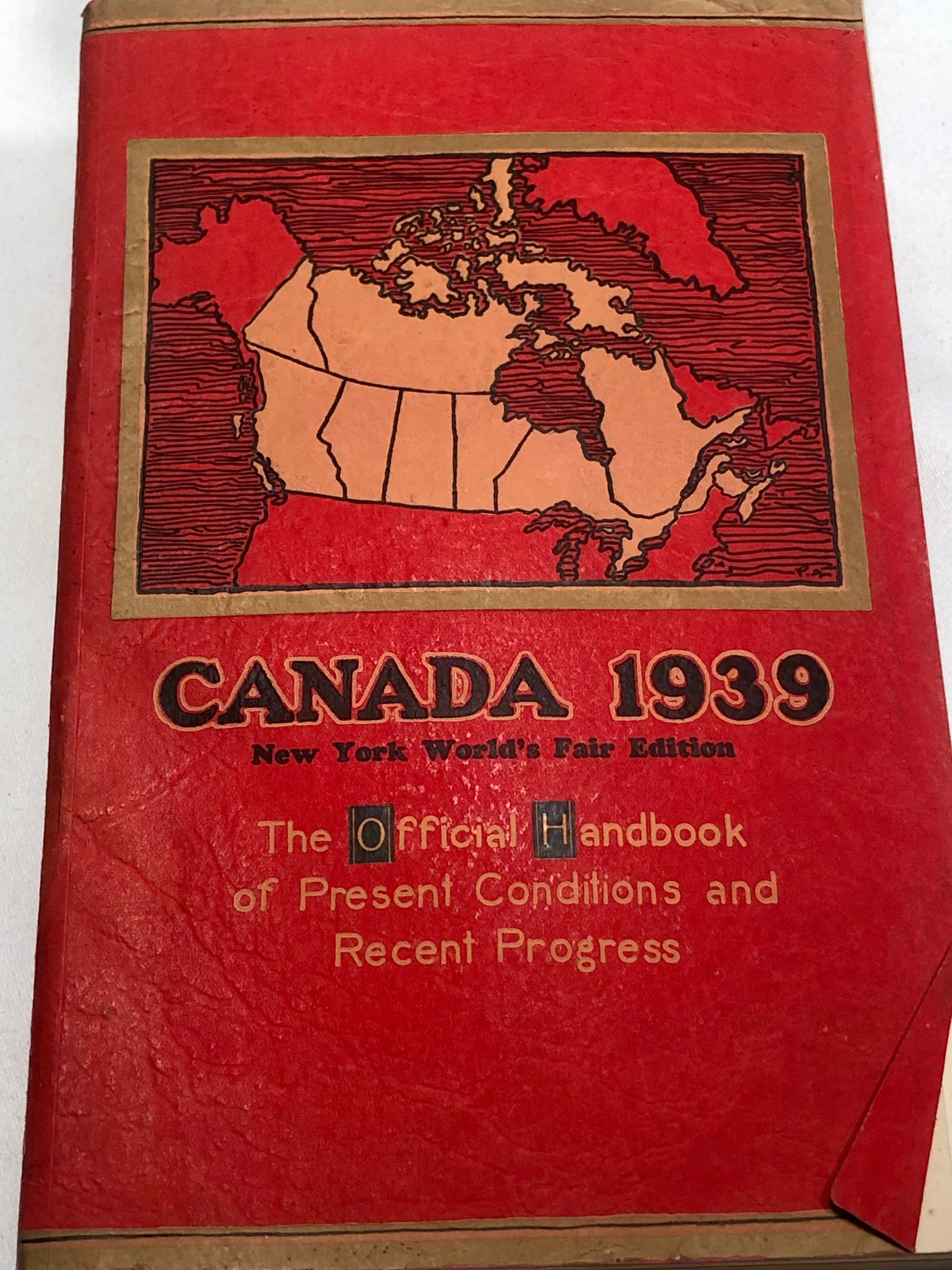 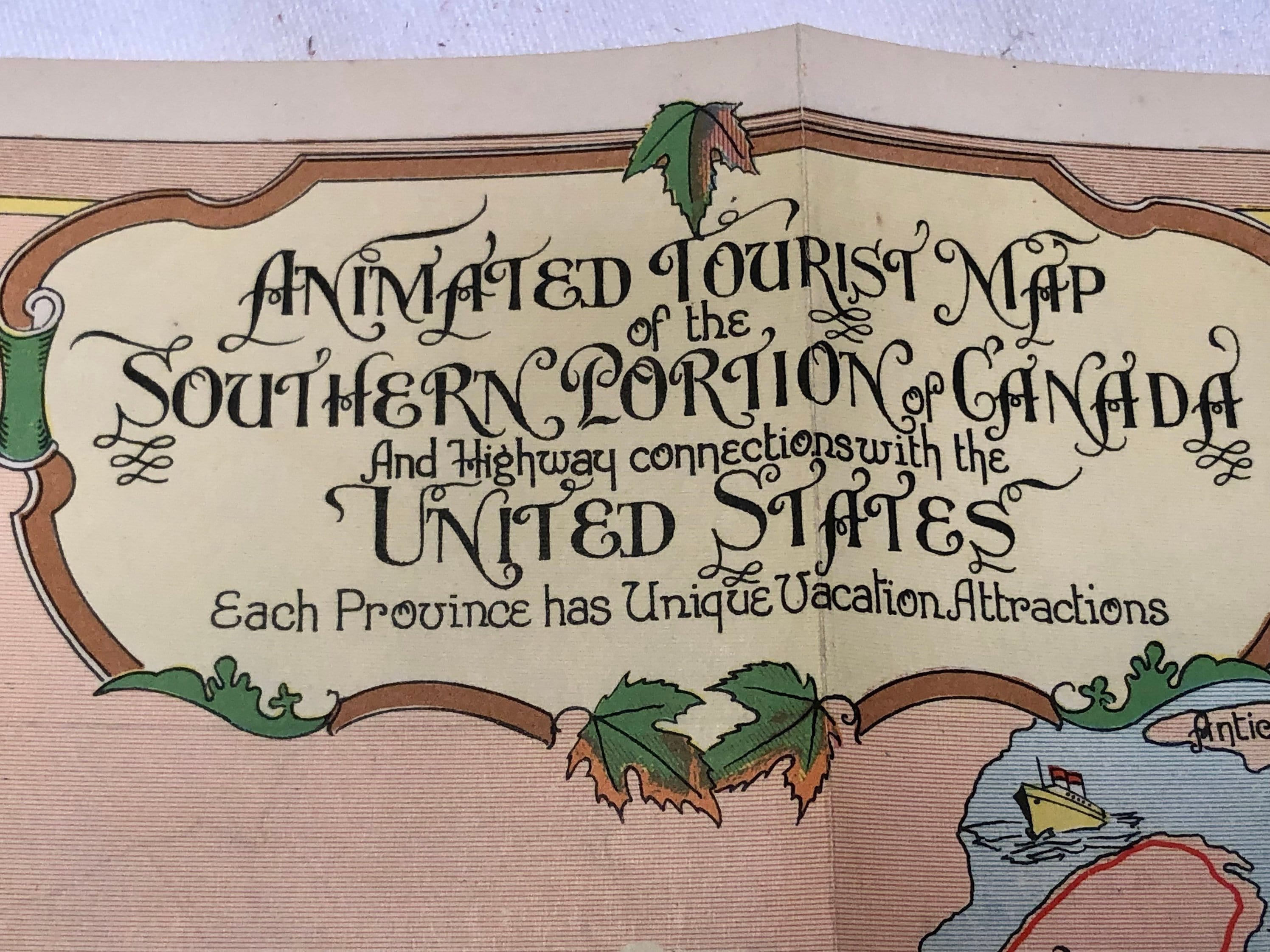 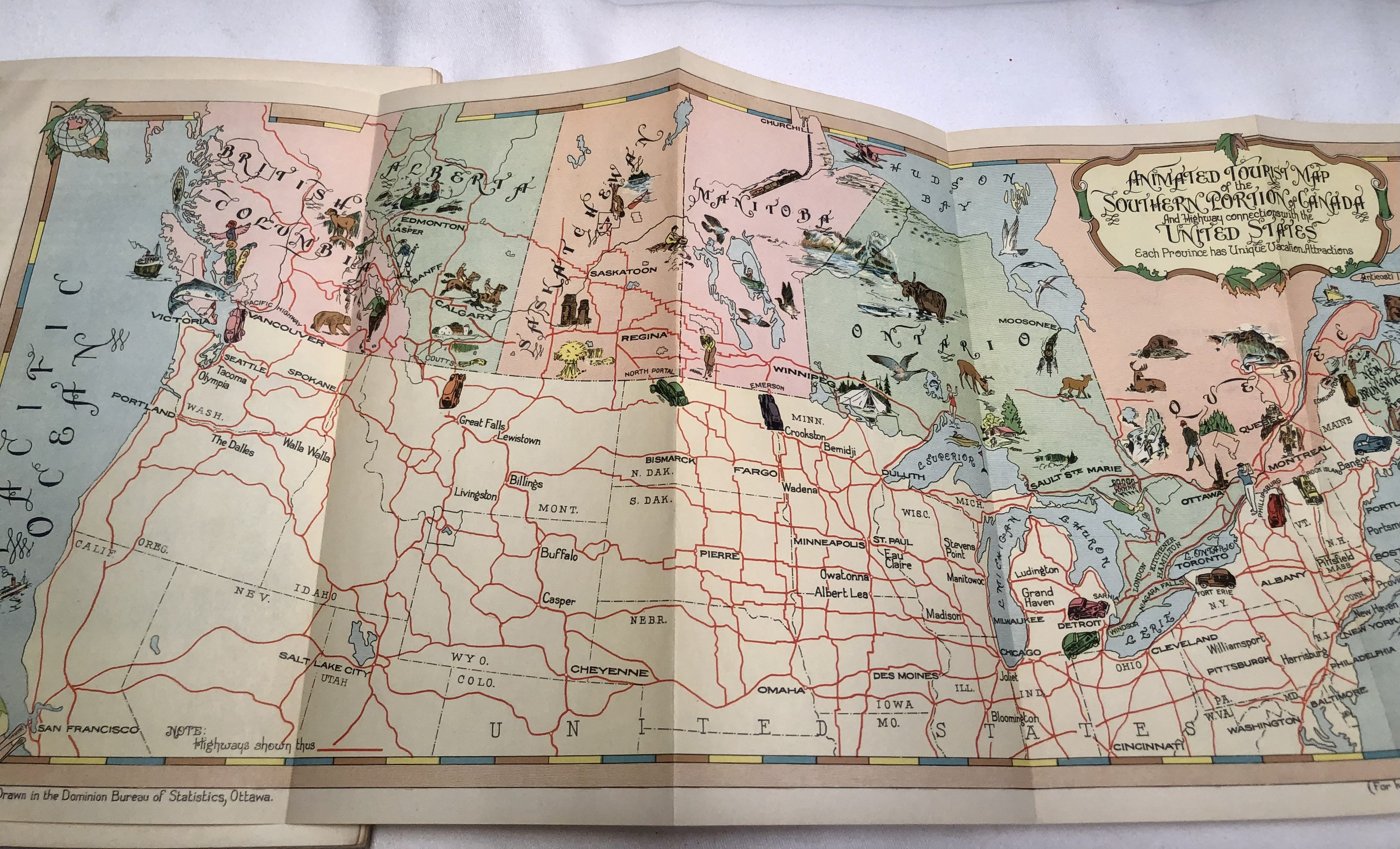 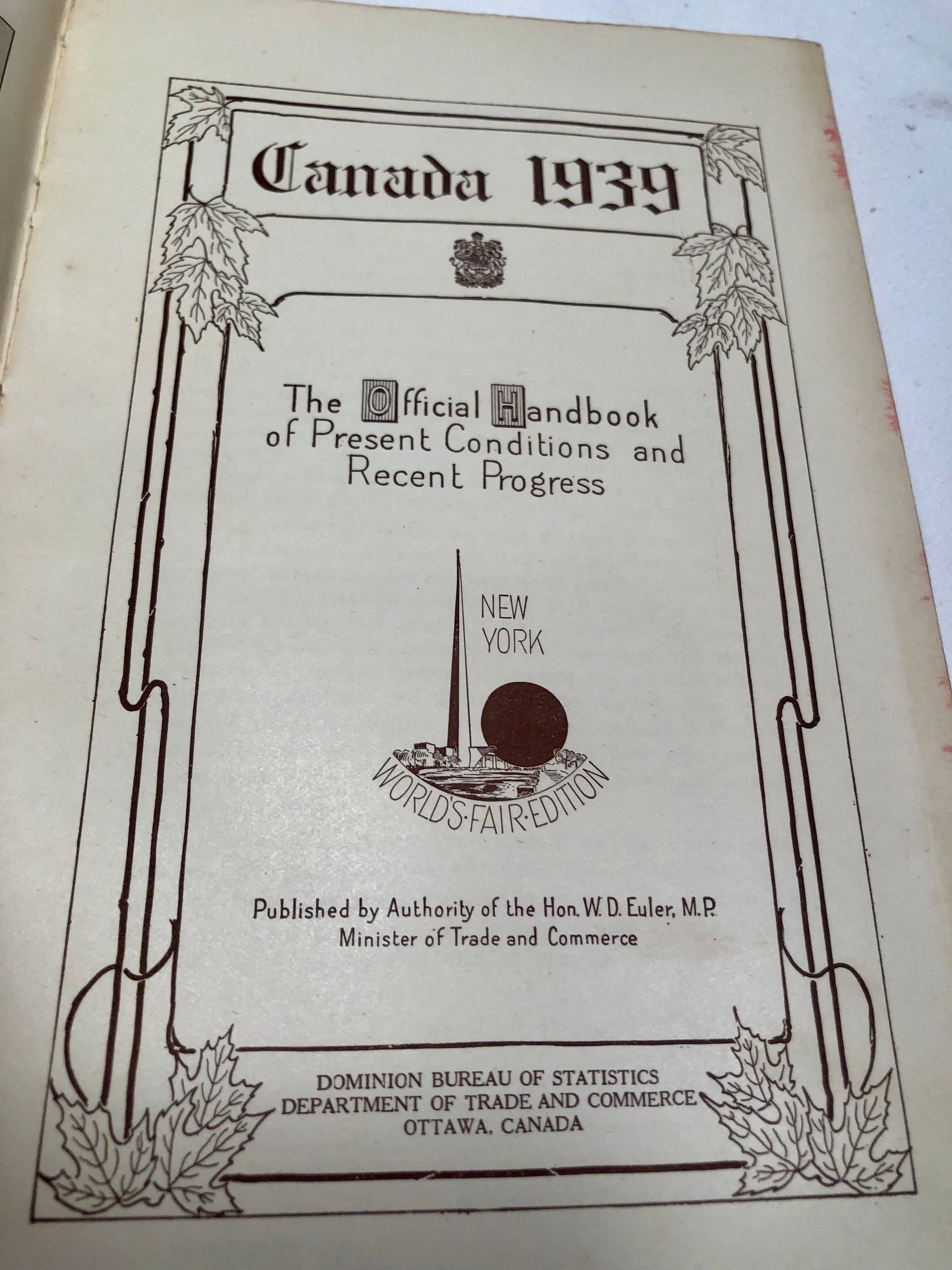 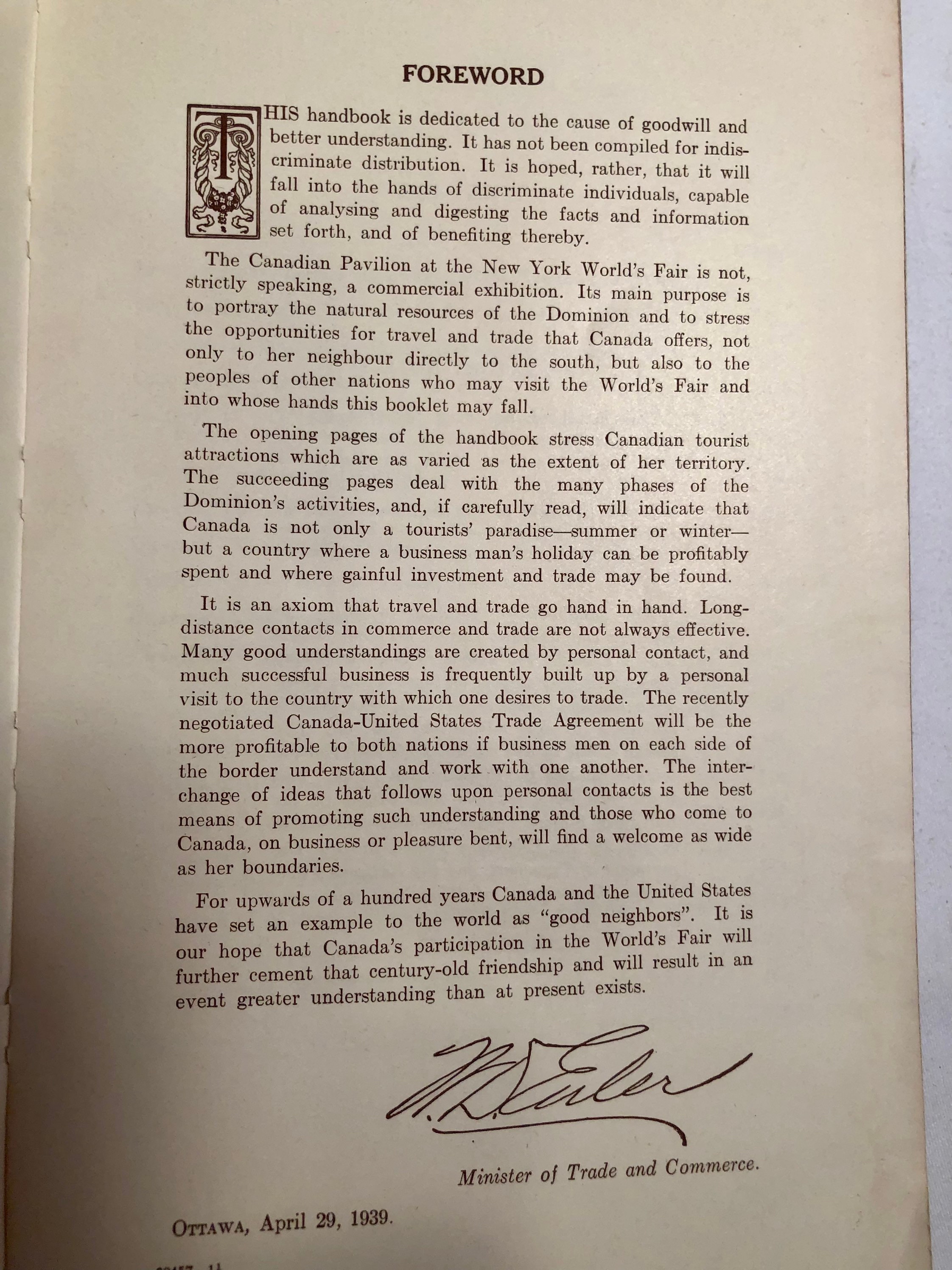 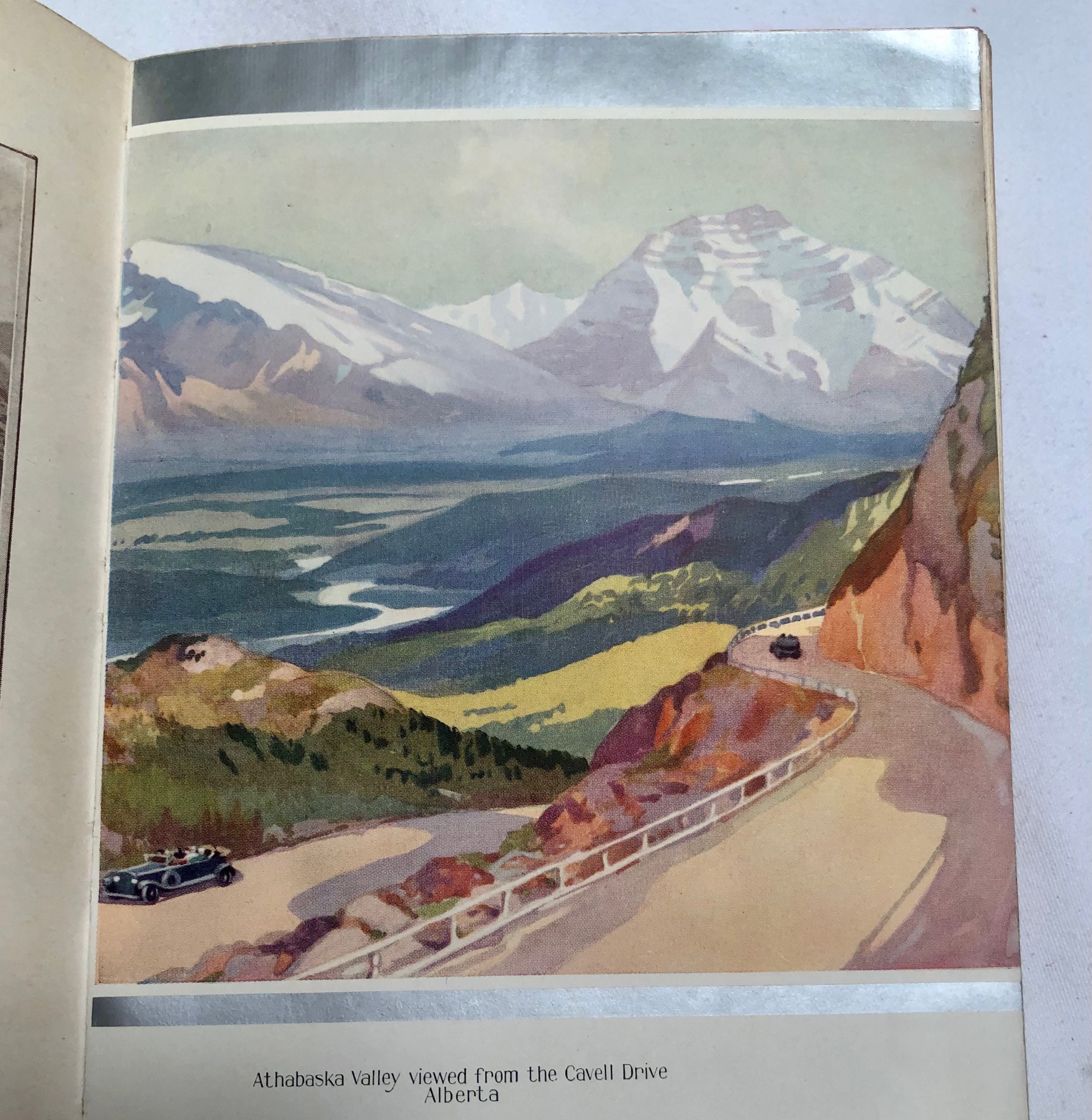 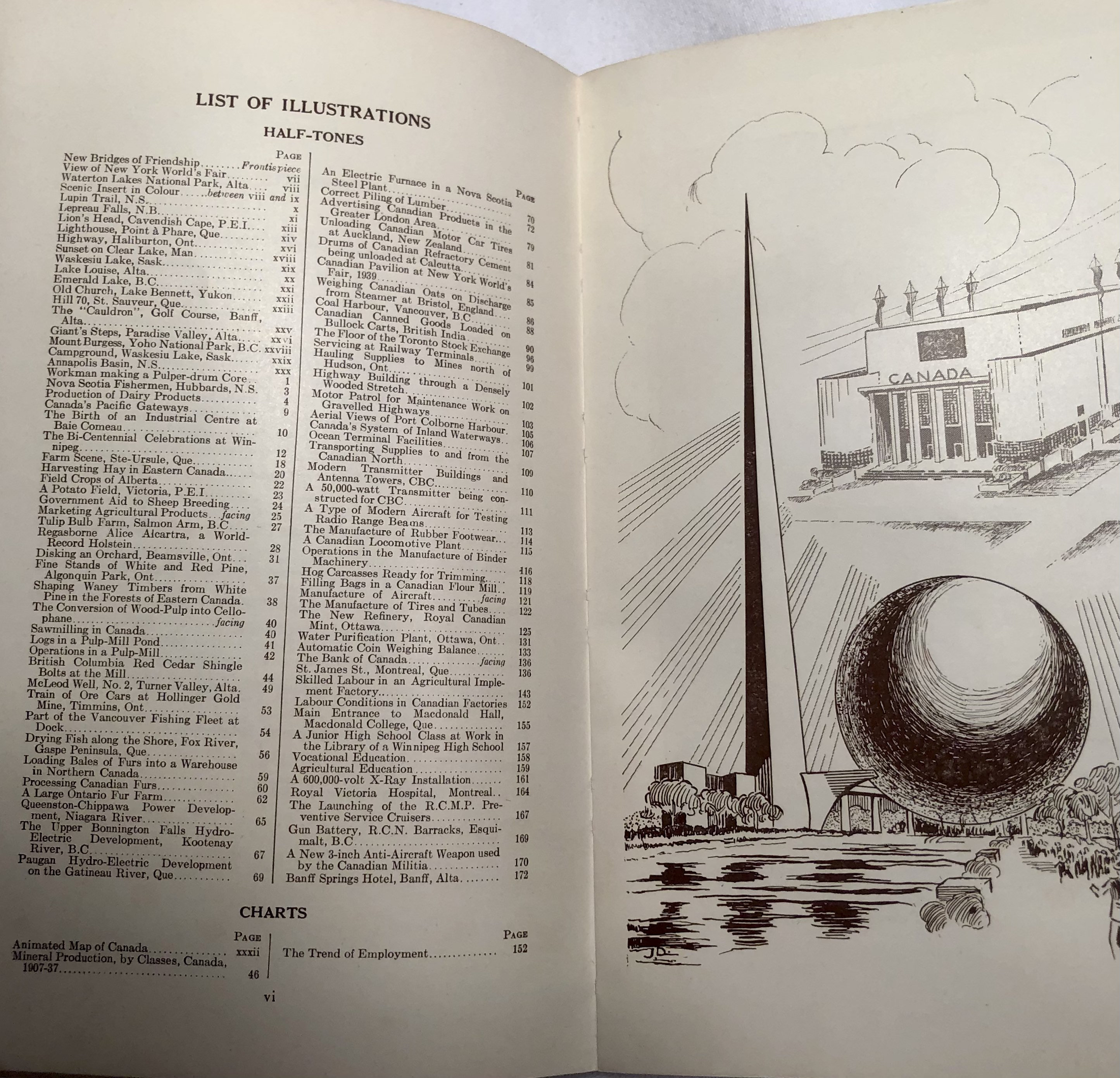 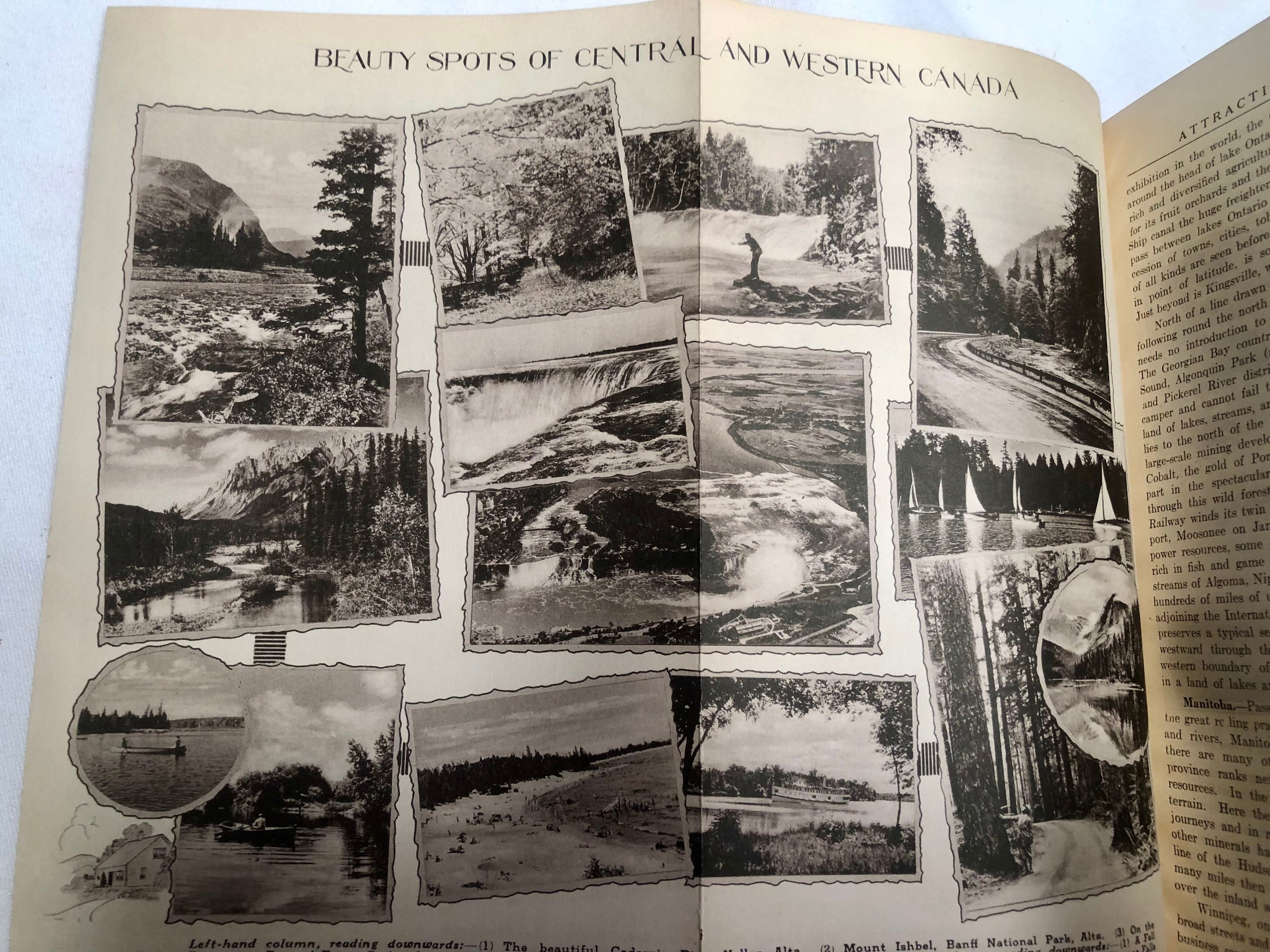 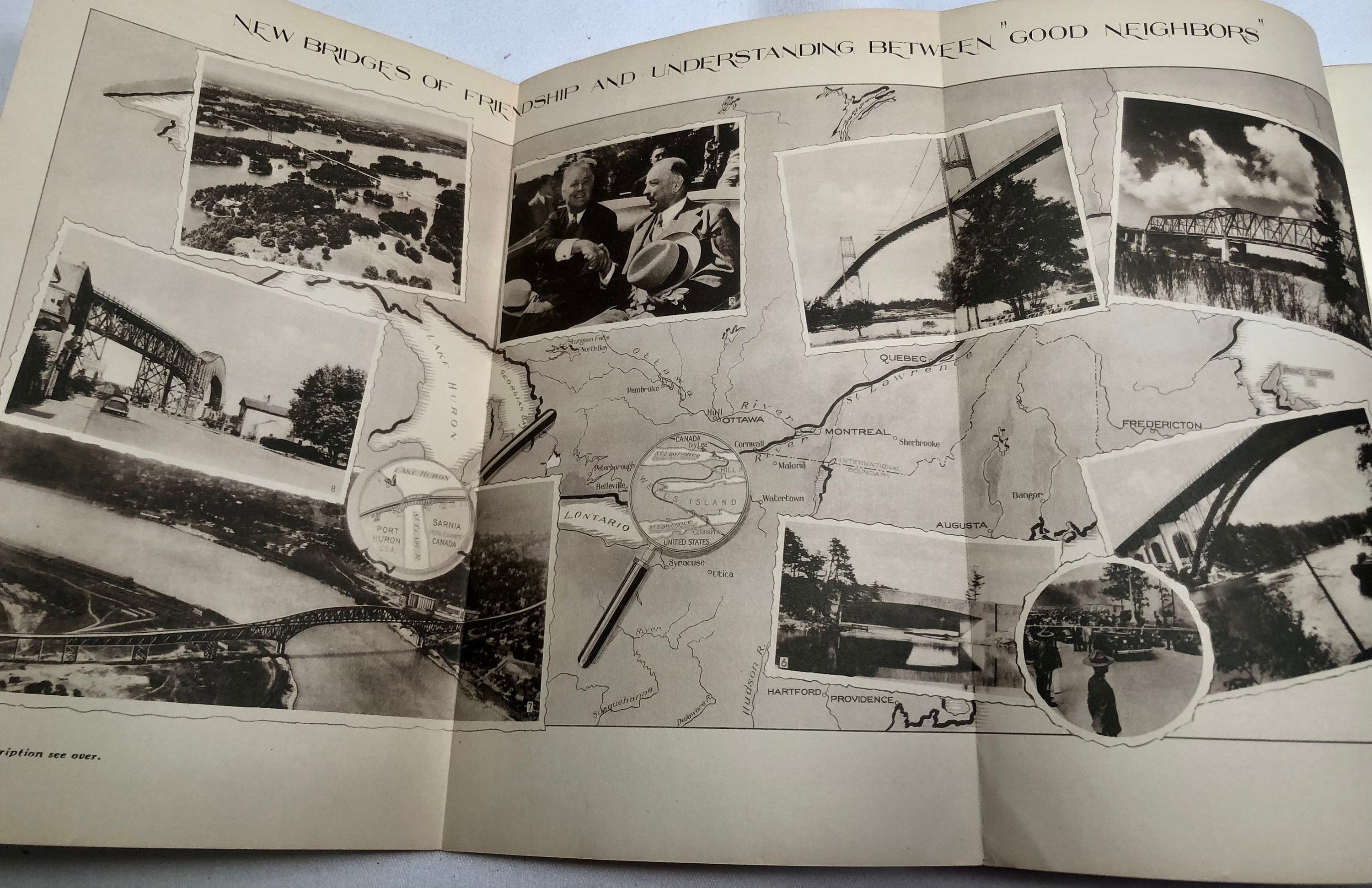 This souvenir book is from the 1939 New York Worlds Fair. It is a book of Canada - The official Handbook of Present Conditions and Recent Progress. Published by Authority of the Hon. W D Euler,M P. Minister of Trade and Commerce.
Filled with black and white photos and colorful maps and pictures it depicts 'bridges of friendships and understanding between good neighbors'
There are no rips, tears or markings in the book

The 1939–40 New York World's Fair, which covered the 1,216 acres of Flushing Meadows-Corona Park (also the location of the 1964–1965 New York World's Fair), was the second largest American world's fair of all time, exceeded only by St. Louis's Louisiana Purchase Exposition of 1904. Many countries around the world participated in it, and over 44 million people attended its exhibits in two seasons. The NYWF of 1939–1940 was the first exposition to be based on the future, with an opening slogan of "Dawn of a New Day", and it allowed all visitors to take a look at "the world of tomorrow".  On April 30, 1939, a very hot Sunday, the fair had its grand opening, with 206,000 people in attendance. The April 30 date coincided with the 150th anniversary of George Washington's inauguration as President in New York City. Although many of the pavilions and other facilities were not quite ready for this opening, it was put on with pomp and great celebration.  David Sarnoff, then president of RCA and a strong advocate of television, chose to display a TV set at the opening of the World's Fair for the world to see. Before the fair, they had published a brochure for their dealers to explain television. As a reflection of the wide range of technological innovation on parade at the fair, Franklin D. Roosevelt's speech was not only broadcast over the various radio networks but also was televised along with other parts of the opening ceremony and other events at the fair. Roosevelt was seen on black and white television sets with 5-inch tubes. NBC used the event to inaugurate regularly scheduled television broadcasts in New York City over their station W2XBS (now WNBC). An estimated 1,000 people viewed the Roosevelt telecast on about 200 television sets scattered throughout the New York area.  In order to convince skeptical visitors that the television sets were not a trick, one set was made with a transparent case so that the internal components could be seen. As part of the exhibit, visitors could see themselves on television. After this formal introduction of television sets, they became widely available for the public.  In addition to Roosevelt's speech, Albert Einstein gave a speech which discussed cosmic rays. This was followed by the ceremonial lighting of the fair's lights. Dignitaries received a special Opening Day Program which contained their names written in Braille.