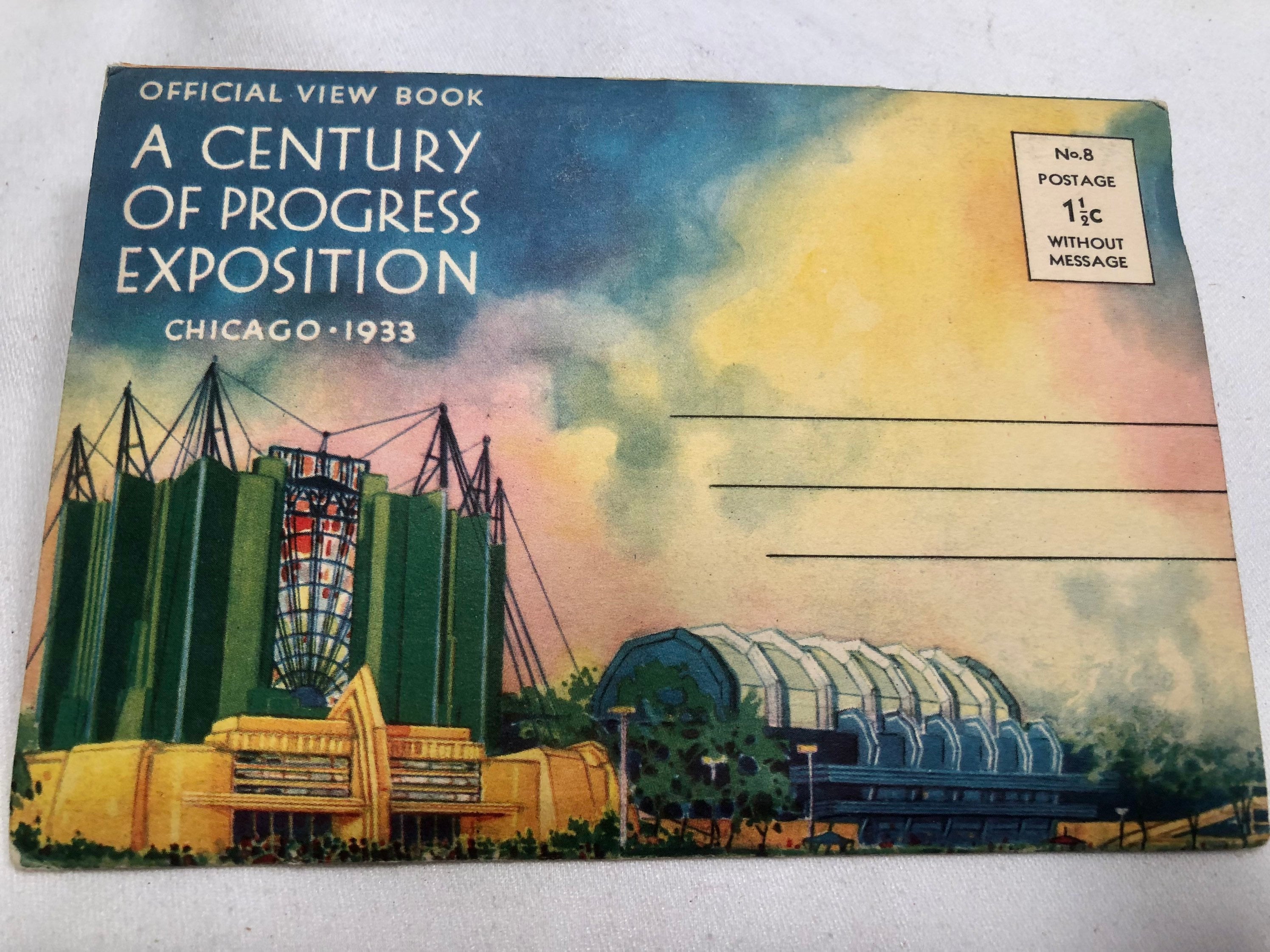 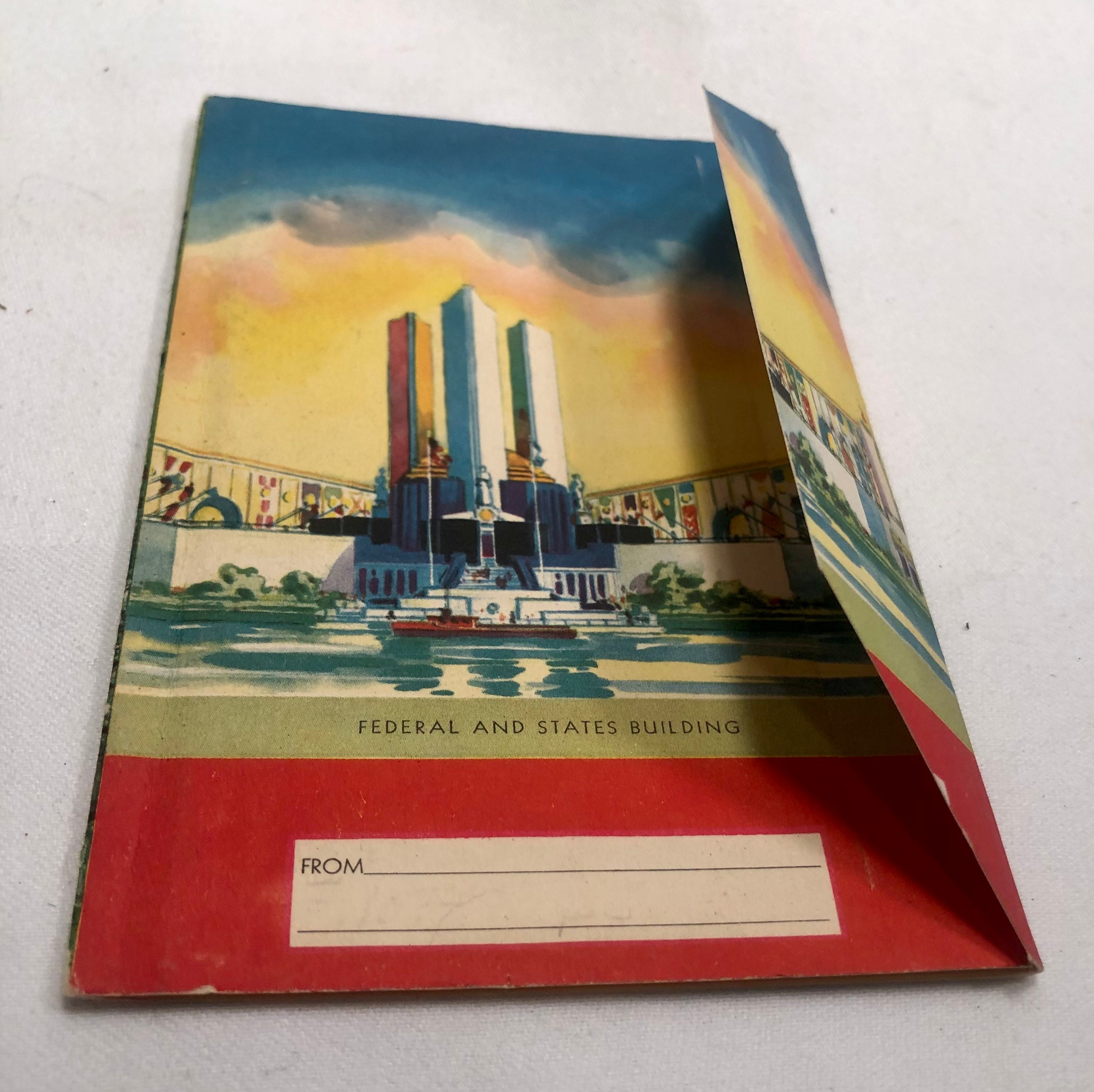 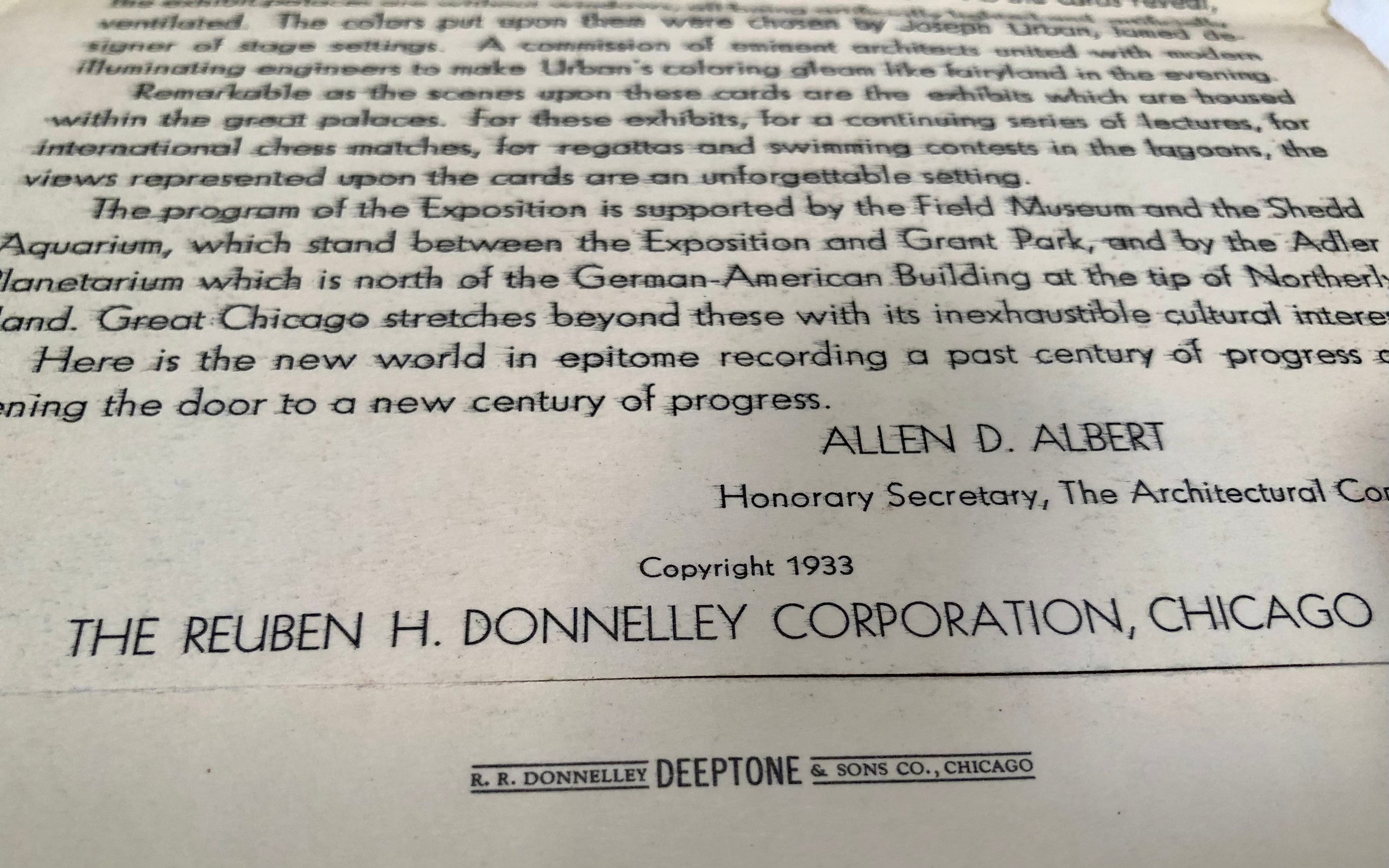 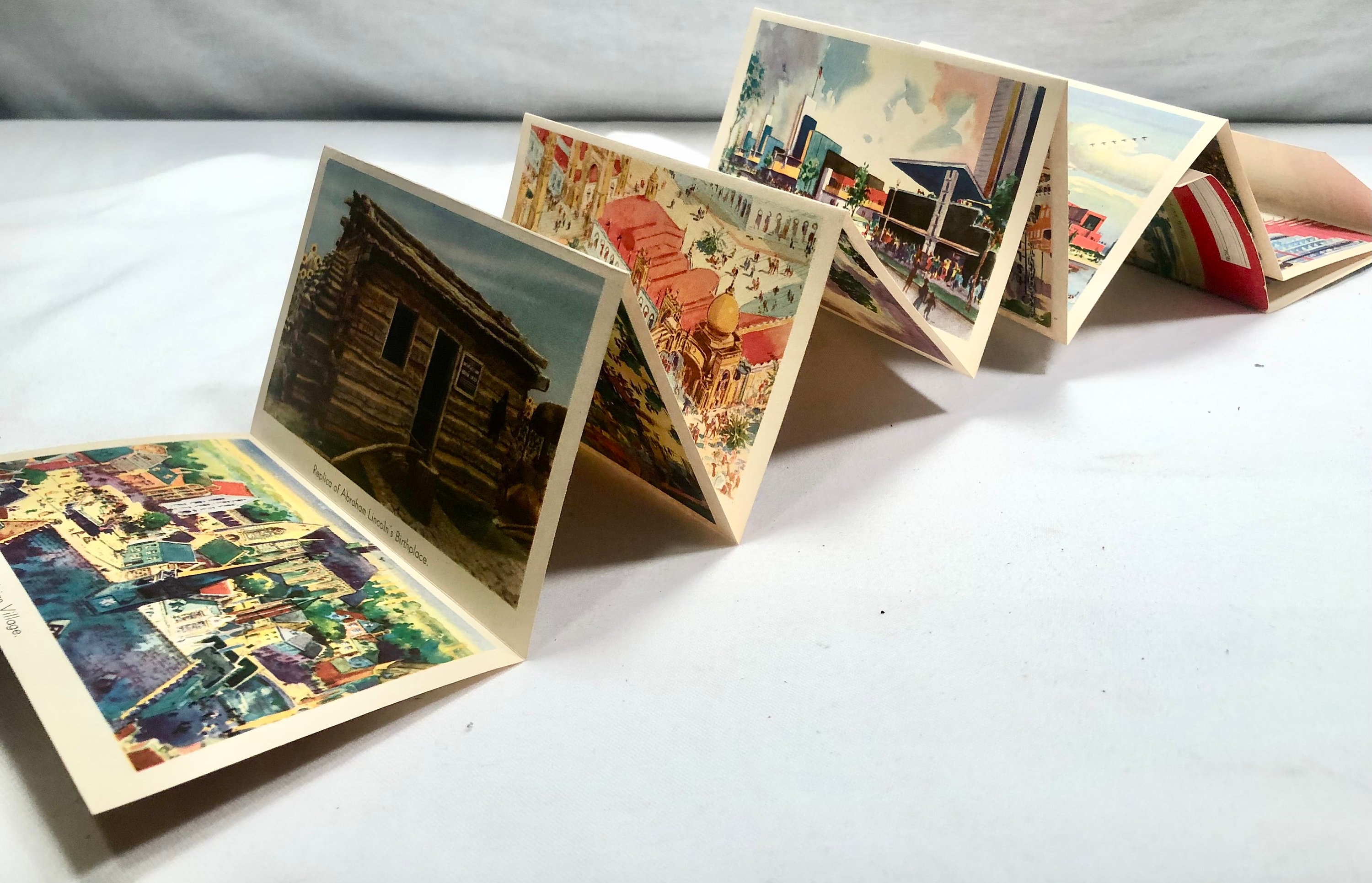 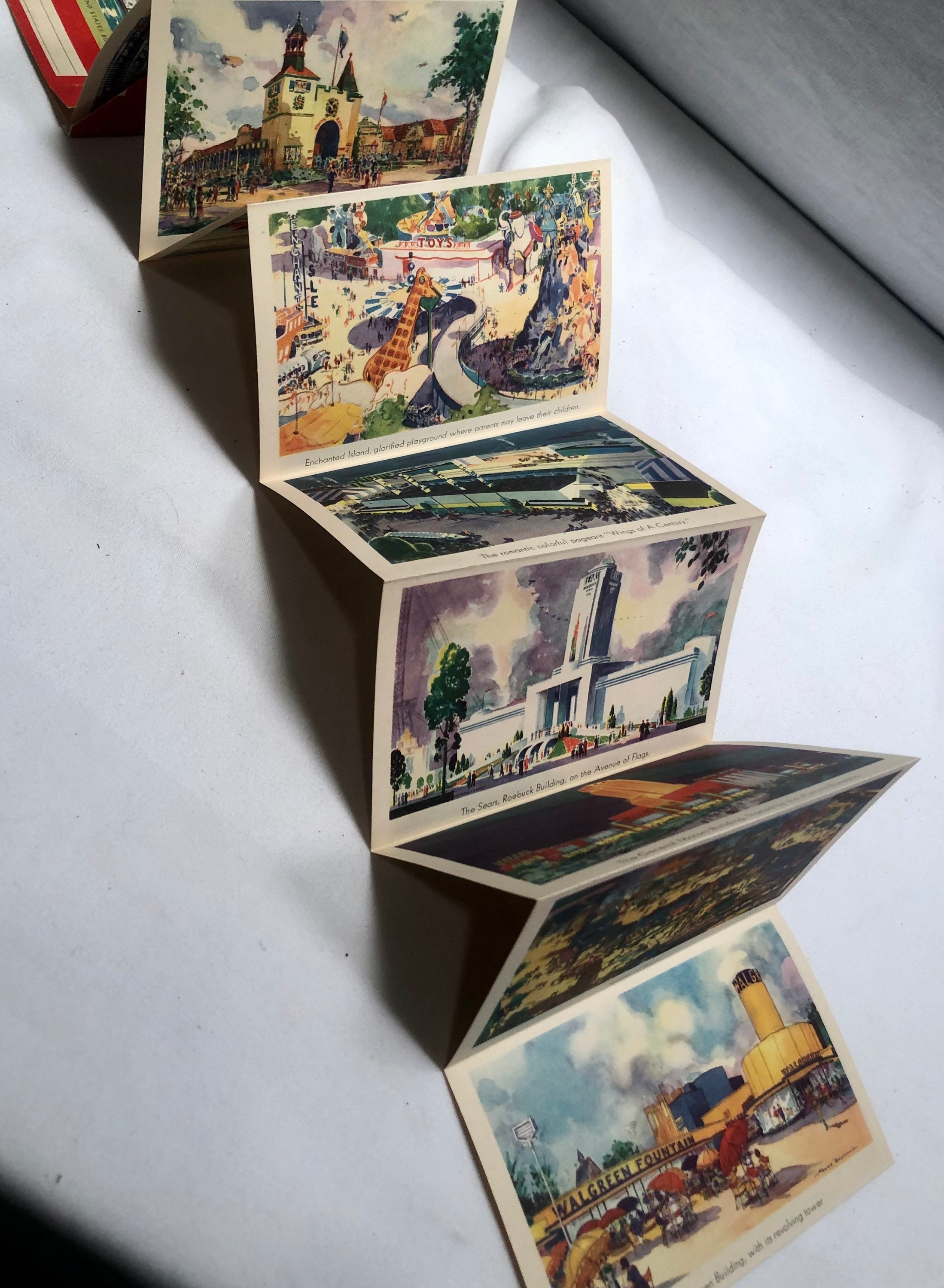 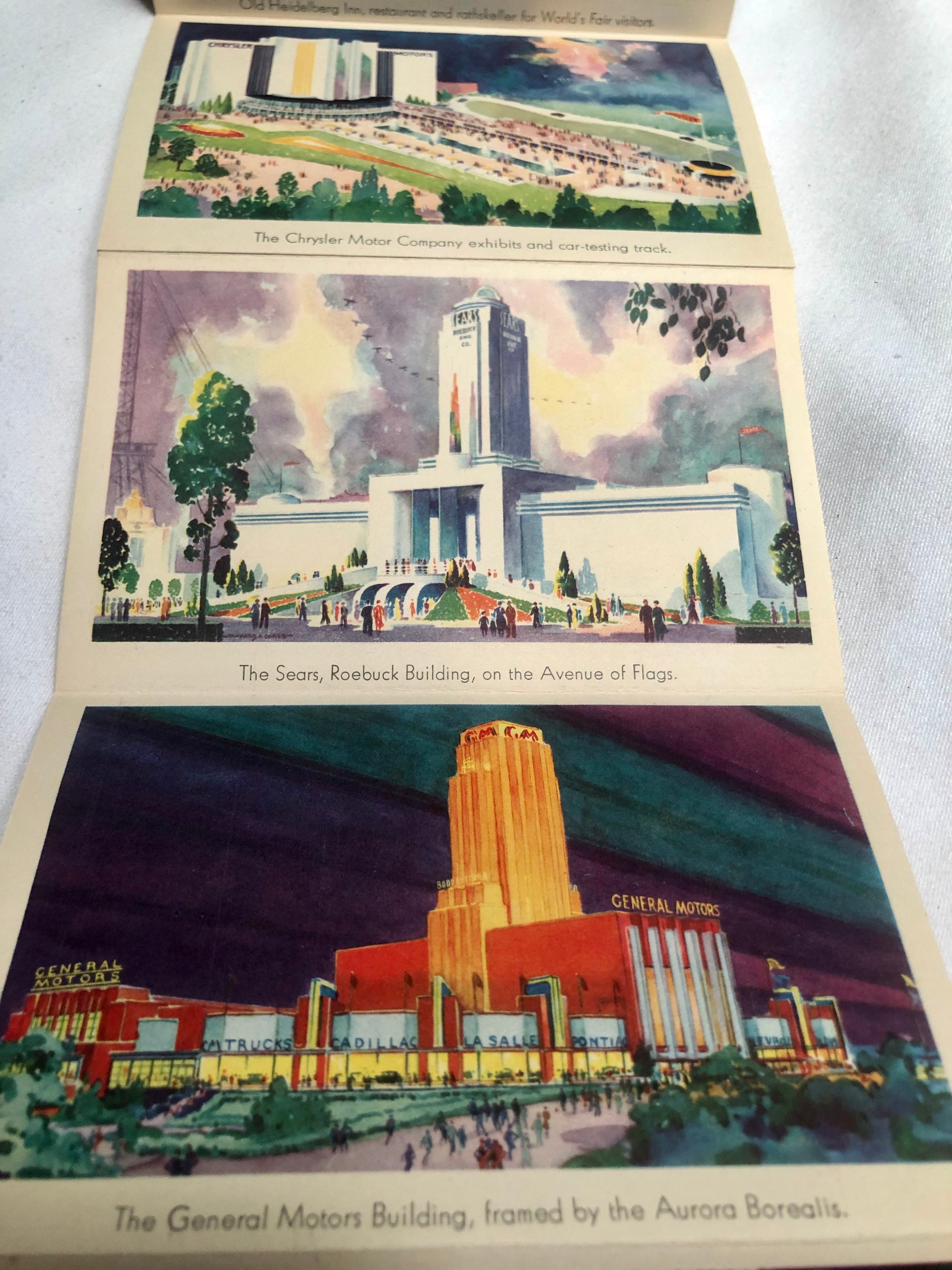 This vintage souvenir view book is from the 1933 Chicago Worlds Fair- Century of Progress.
Full of colorful artistic depictions of the fair and exhibition buildings.
The bifold card has lively pictures on both sides.
There are no rips, tears or markings
Wonderful condition!

A Century of Progress International Exposition was a World's Fair registered under the Bureau International des Expositions (BIE), which was held in Chicago, as The Chicago World's Fair, from 1933 to 1934 to celebrate the city's centennial.  The theme of the fair was technological innovation. The fair's motto was "Science Finds, Industry Applies, Man Adapts", giving out a message that science and American life were wedded. Its architectural symbol was the Sky Ride, a transporter bridge perpendicular to the shore on which one could ride from one side of the fair to the other. One description of the fair noted that the world, "then still mired in the malaise of the Great Depression, could glimpse a happier not-too-distant future, all driven by innovation in science and technology." Fair visitors saw the latest wonders in rail travel, automobiles, architecture and cigarette-smoking robots. The exposition "emphasized technology and progress, a utopia, or perfect world, founded on democracy and manufacturing"