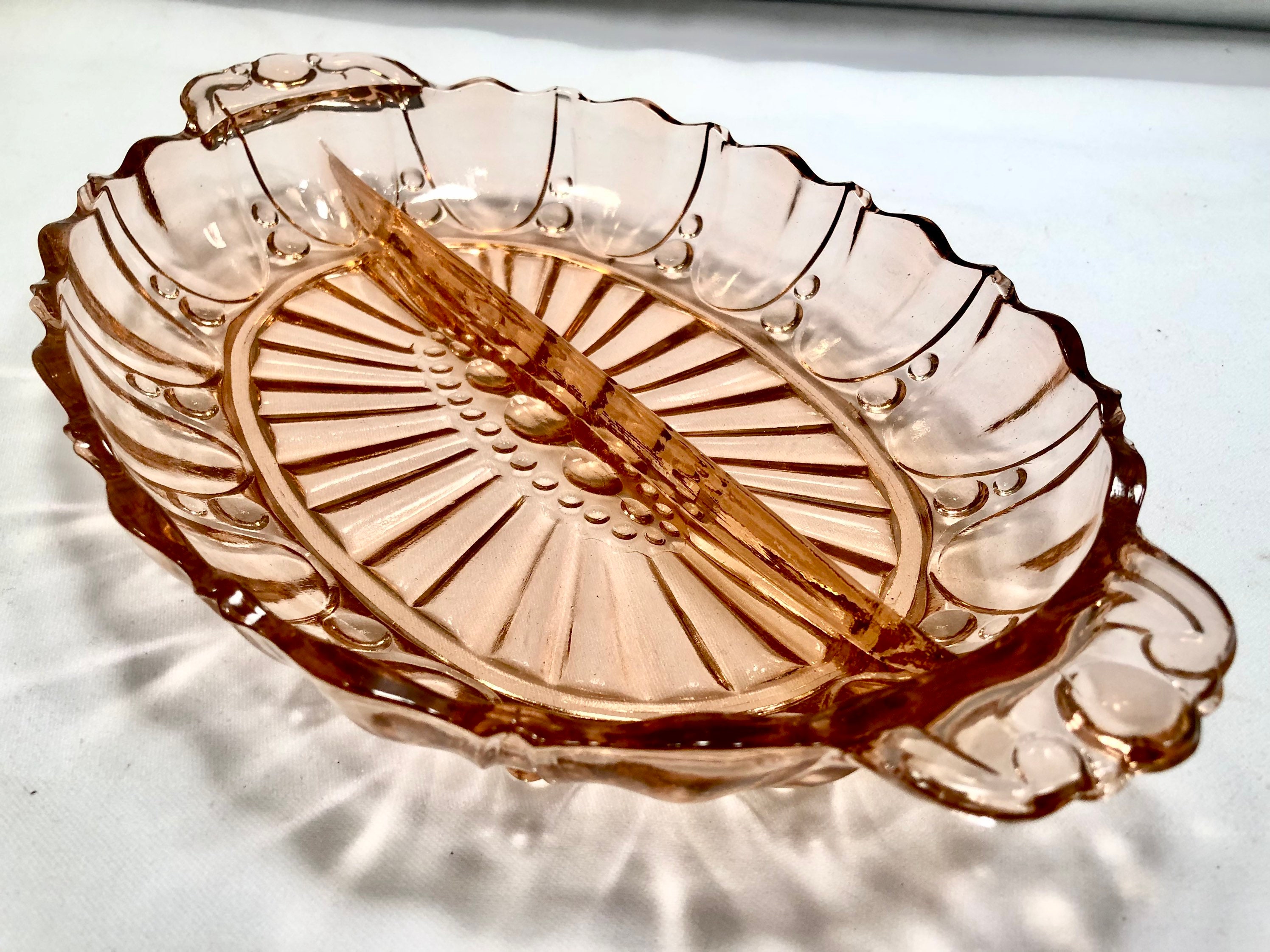 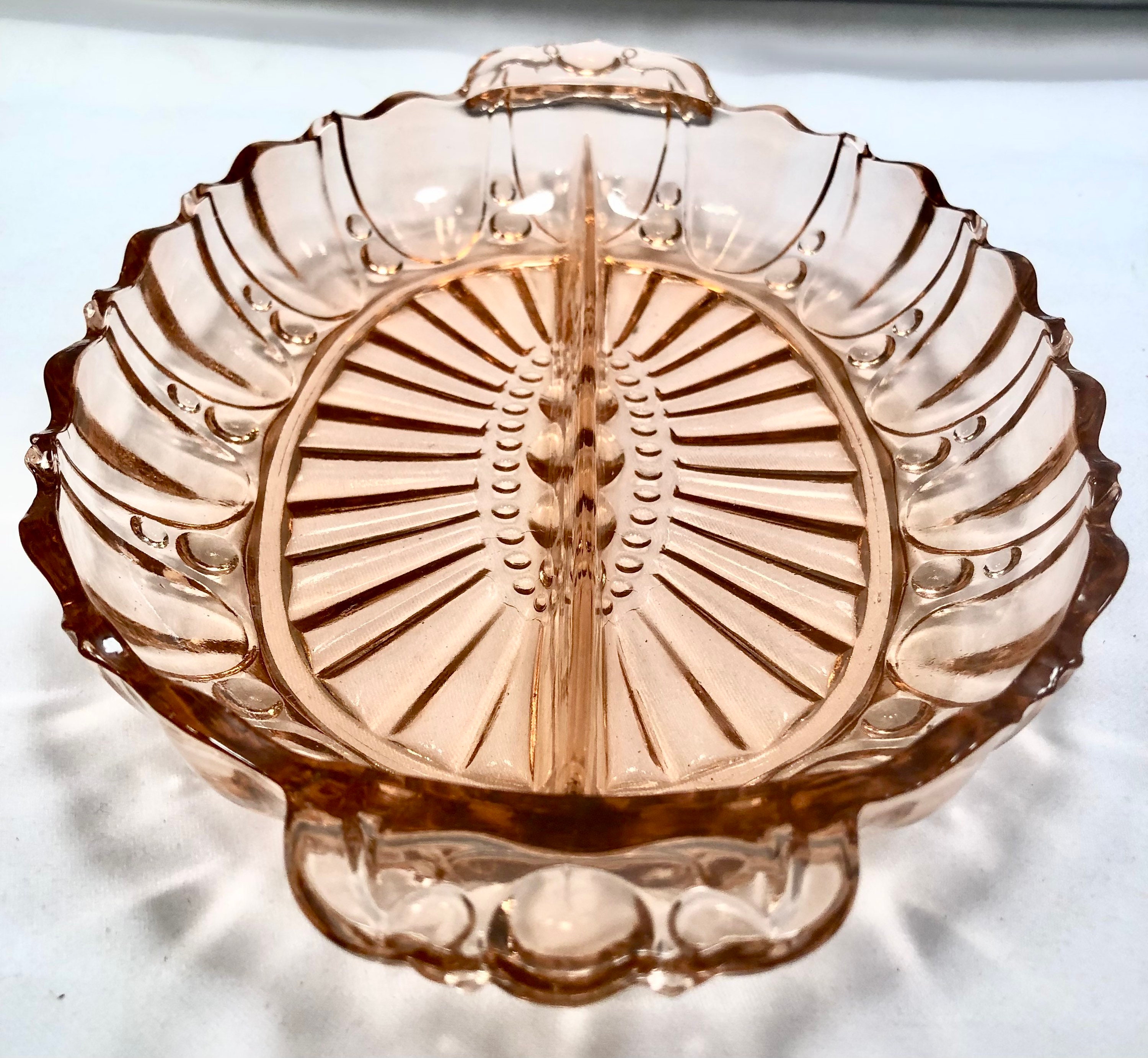 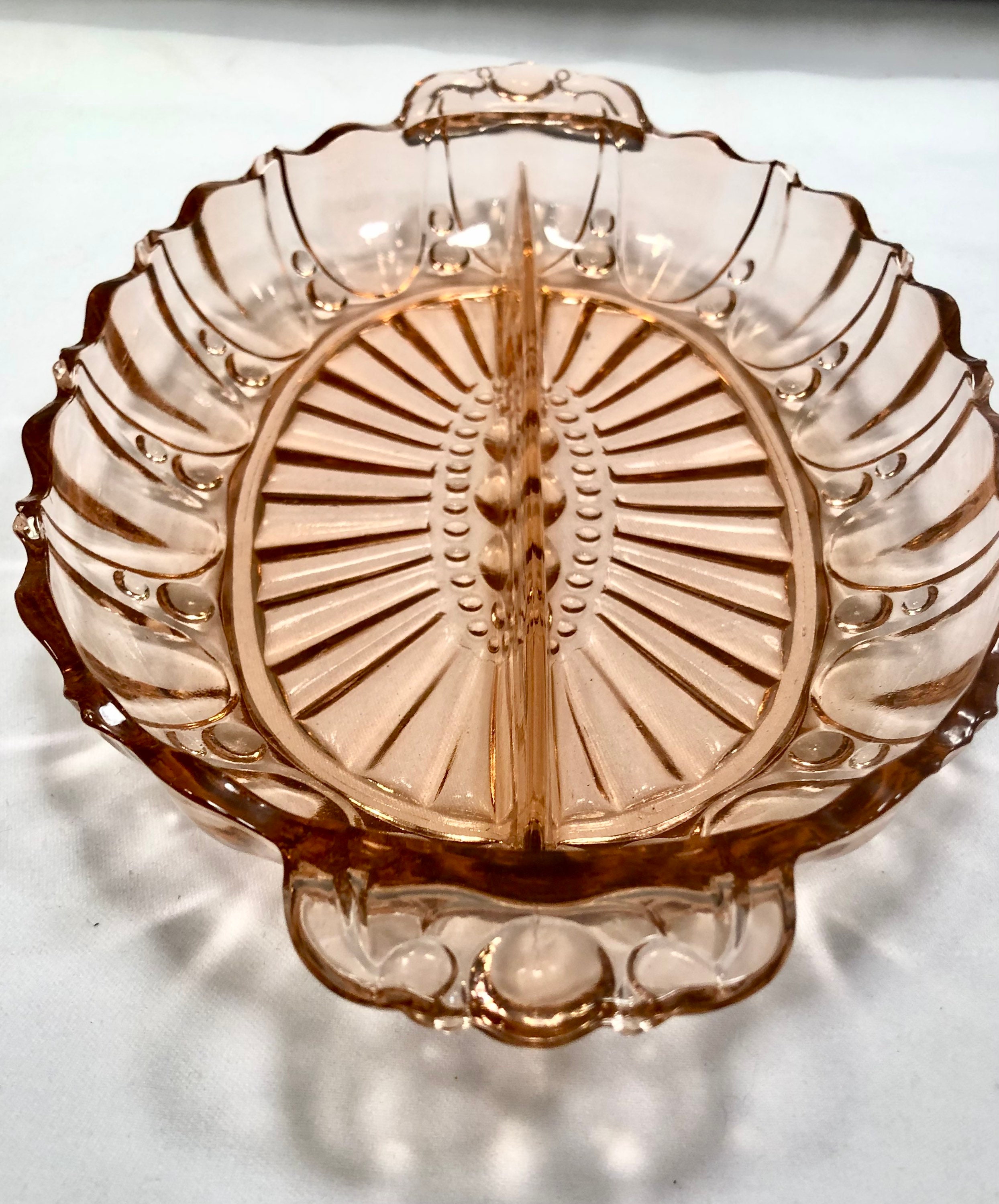 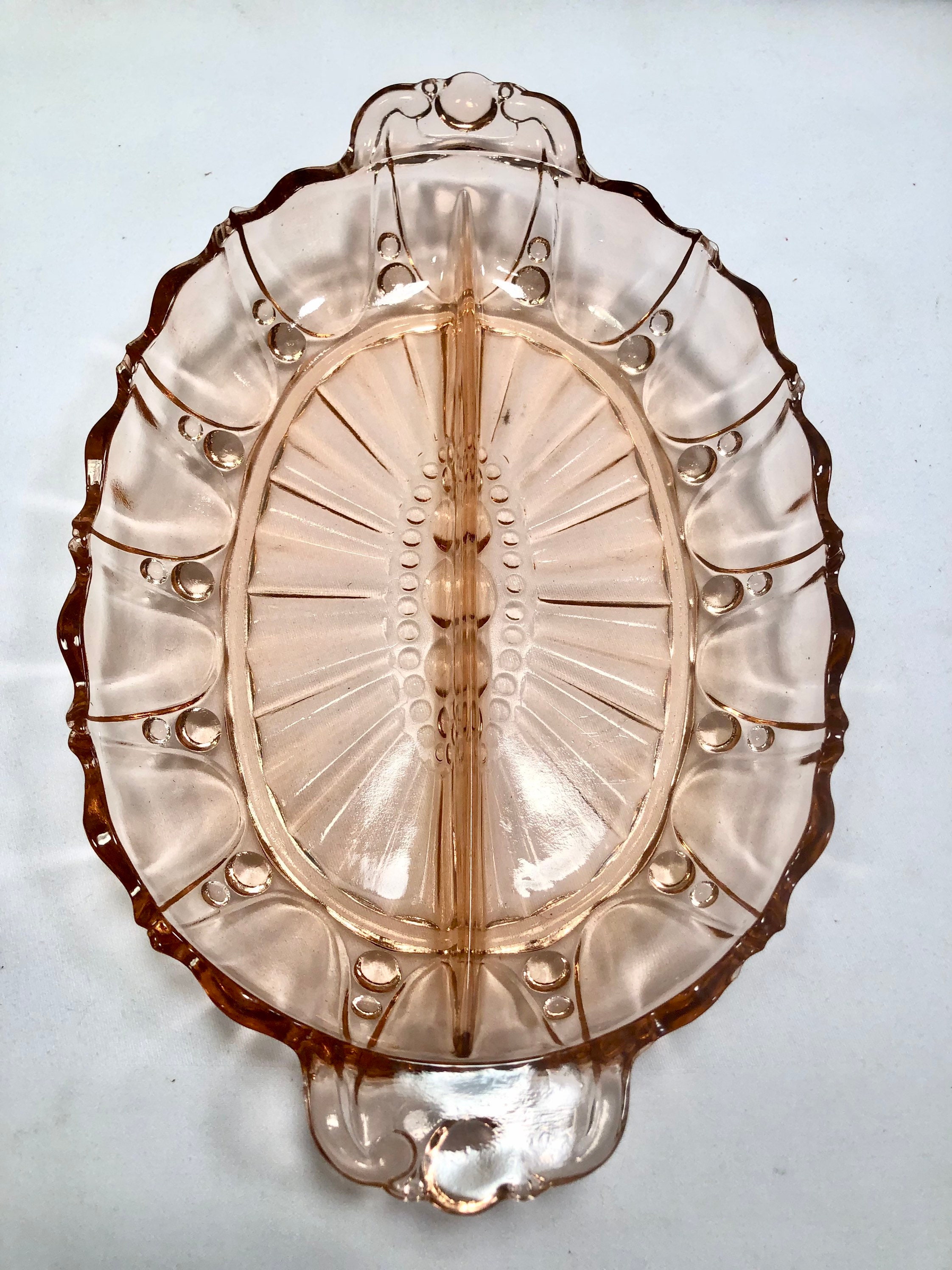 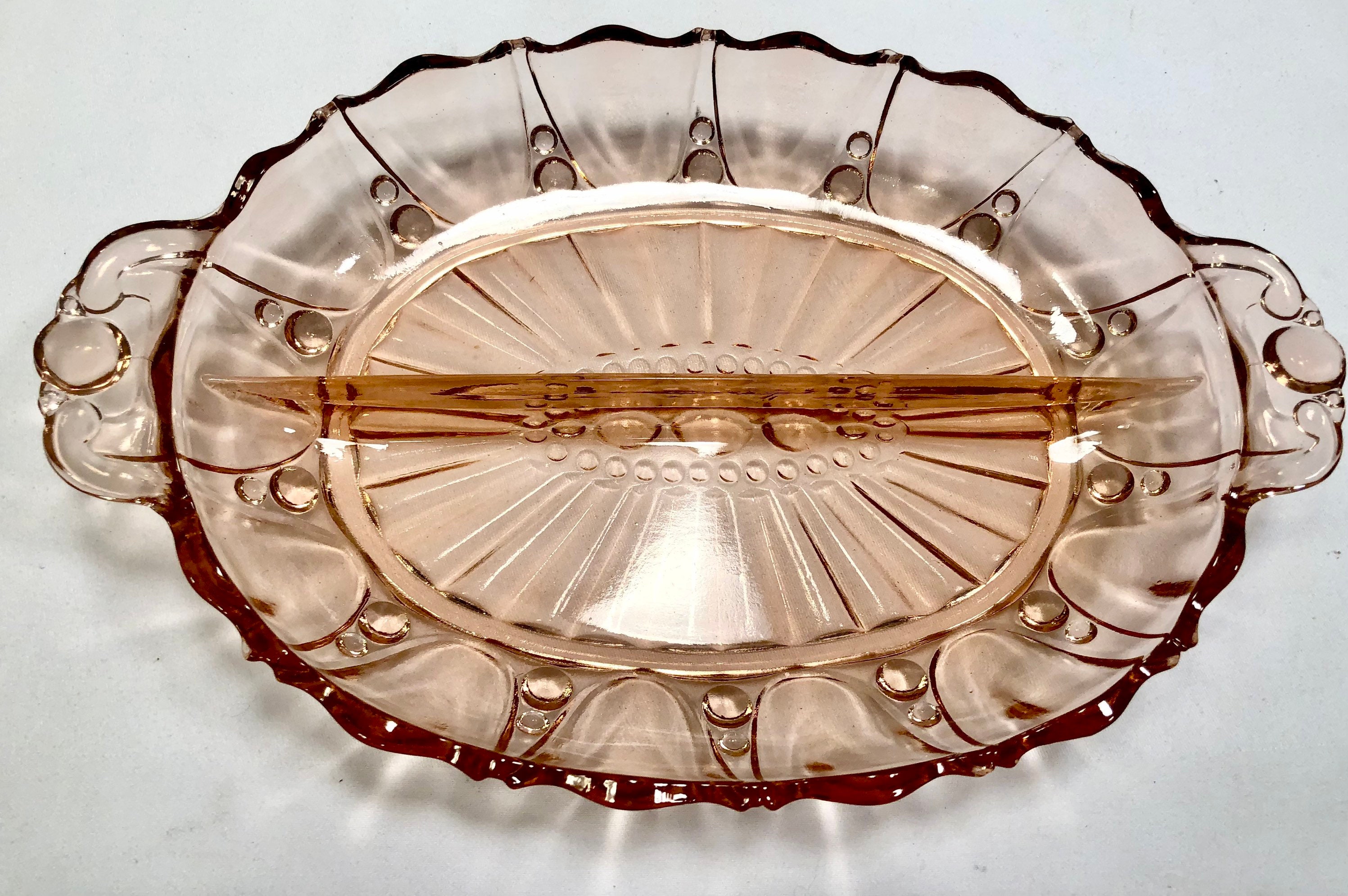 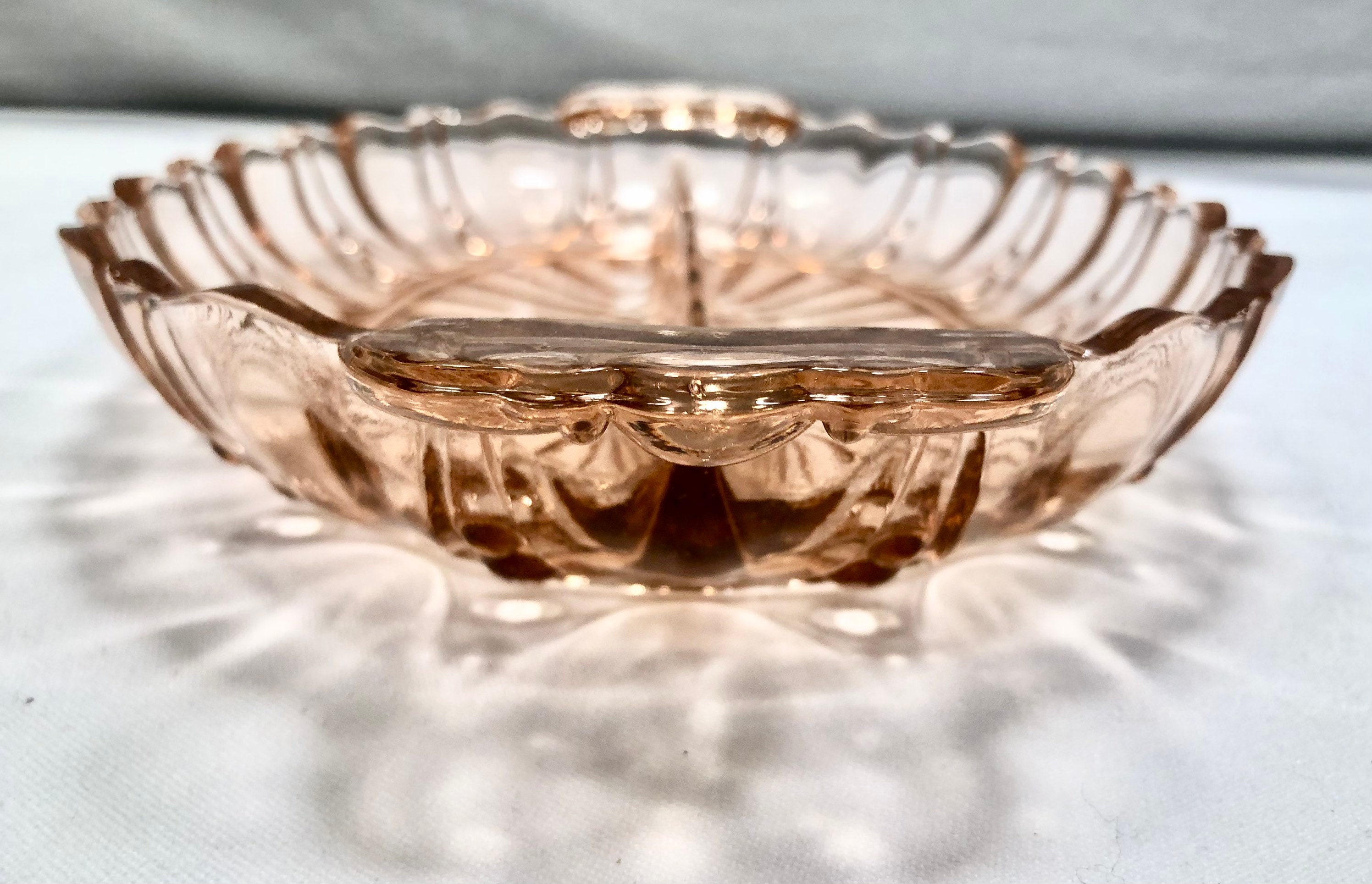 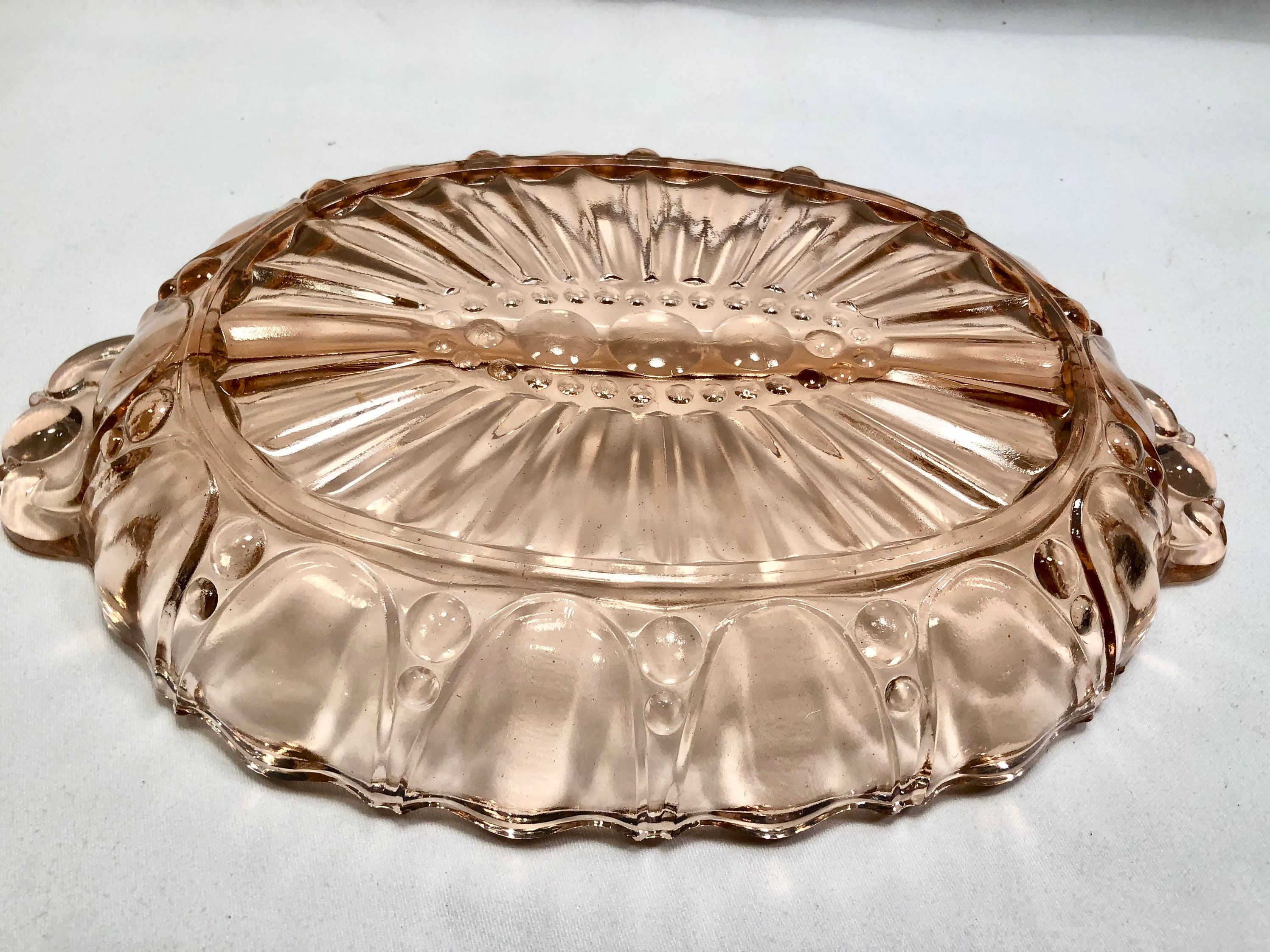 This vintage blush pink depression glass divided serving/relish dish was made by the Anchor Hocking Glass Co
between 1938-1940.
It is made in the soft scalloped Oysters and Pearls pattern with sweet little round 'oysters' or dots
A lovely dish!