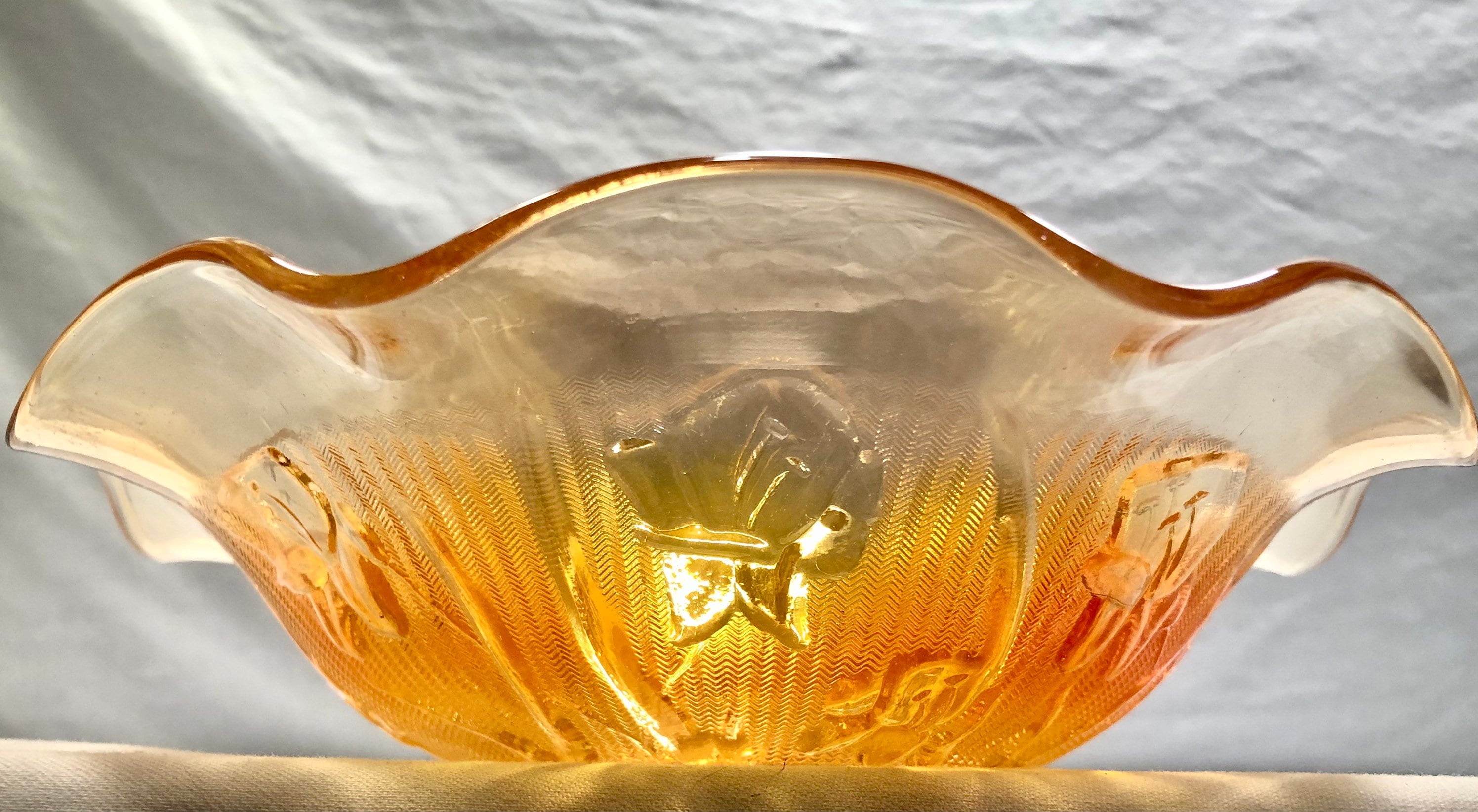 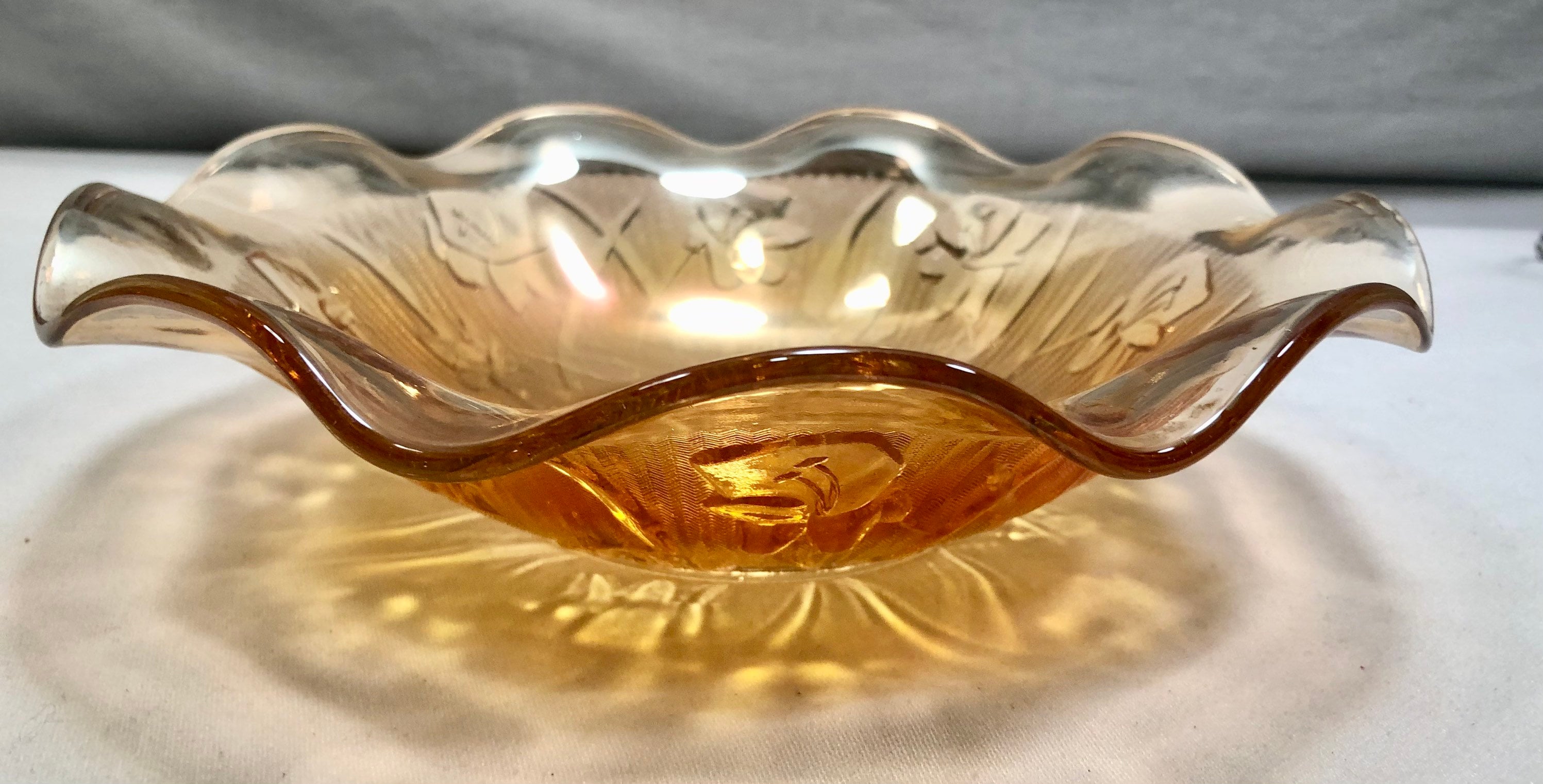 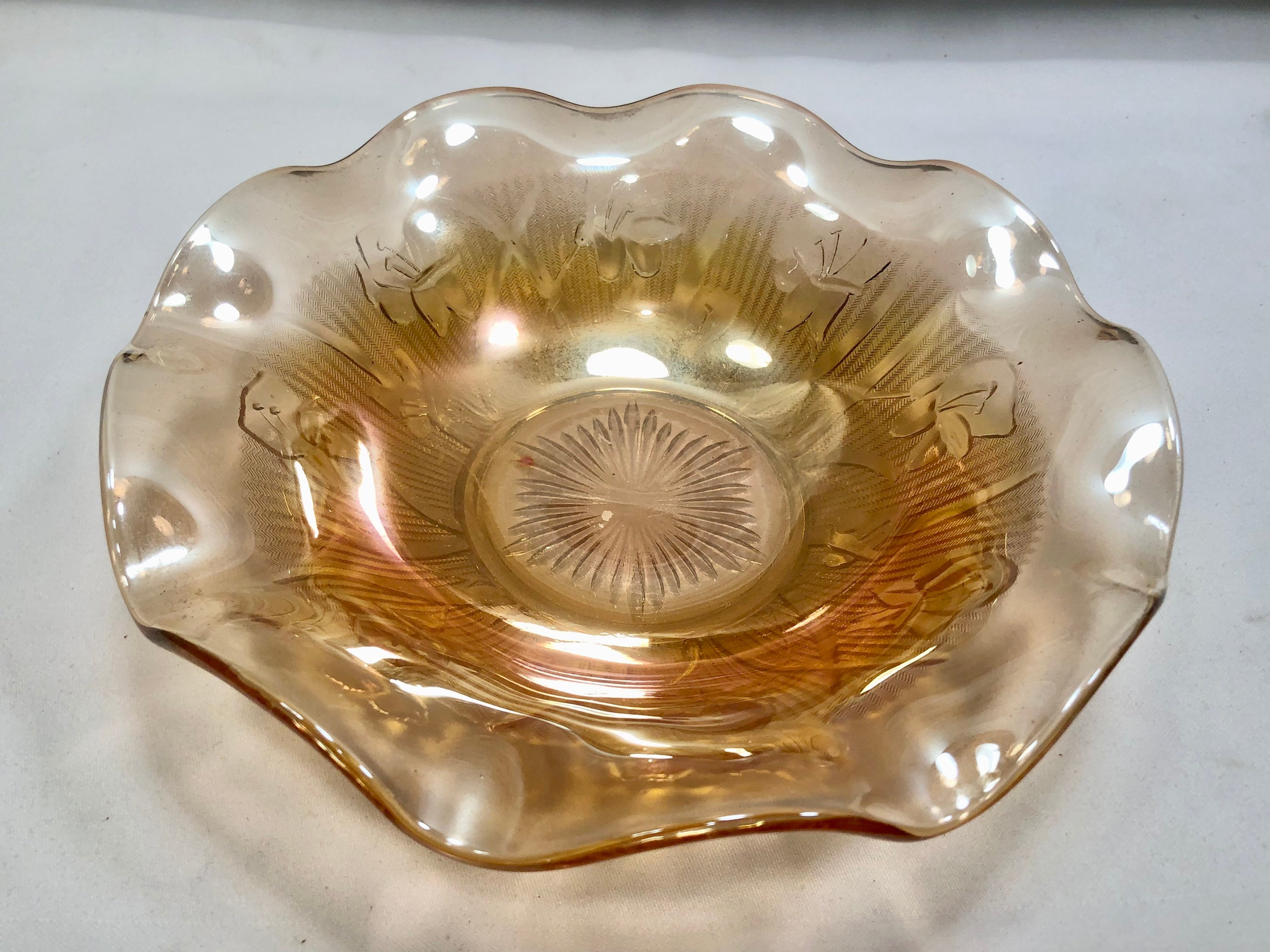 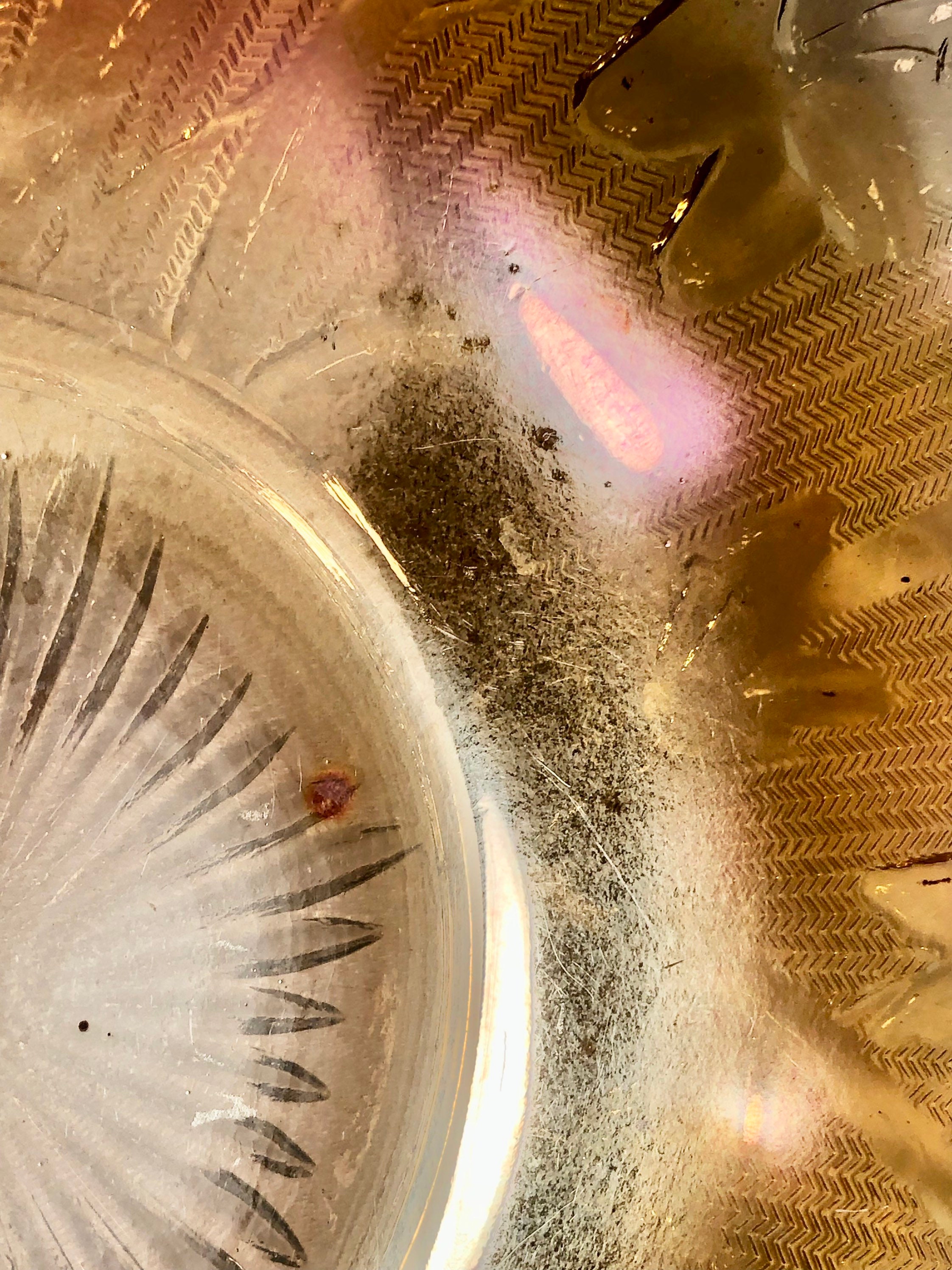 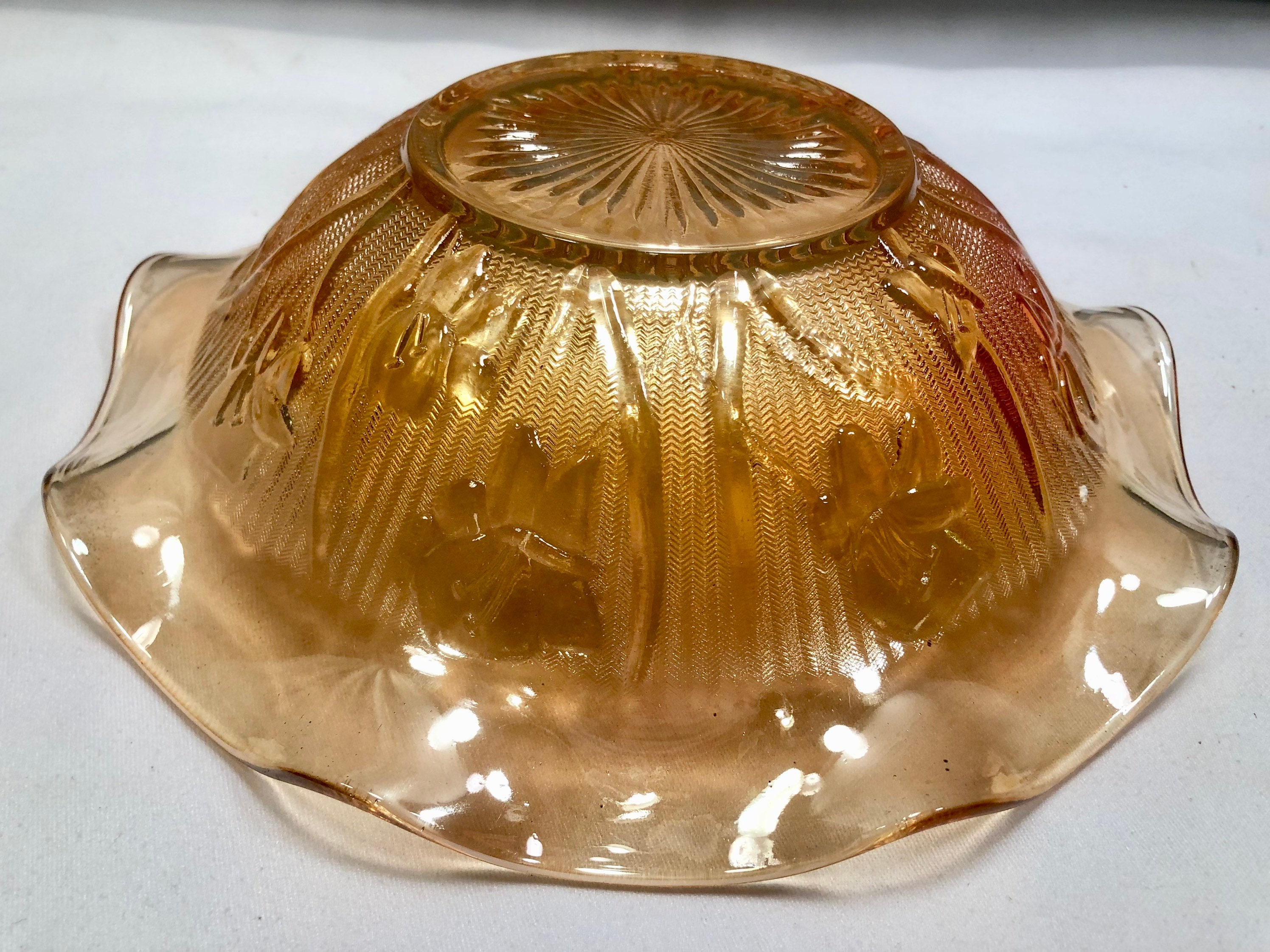 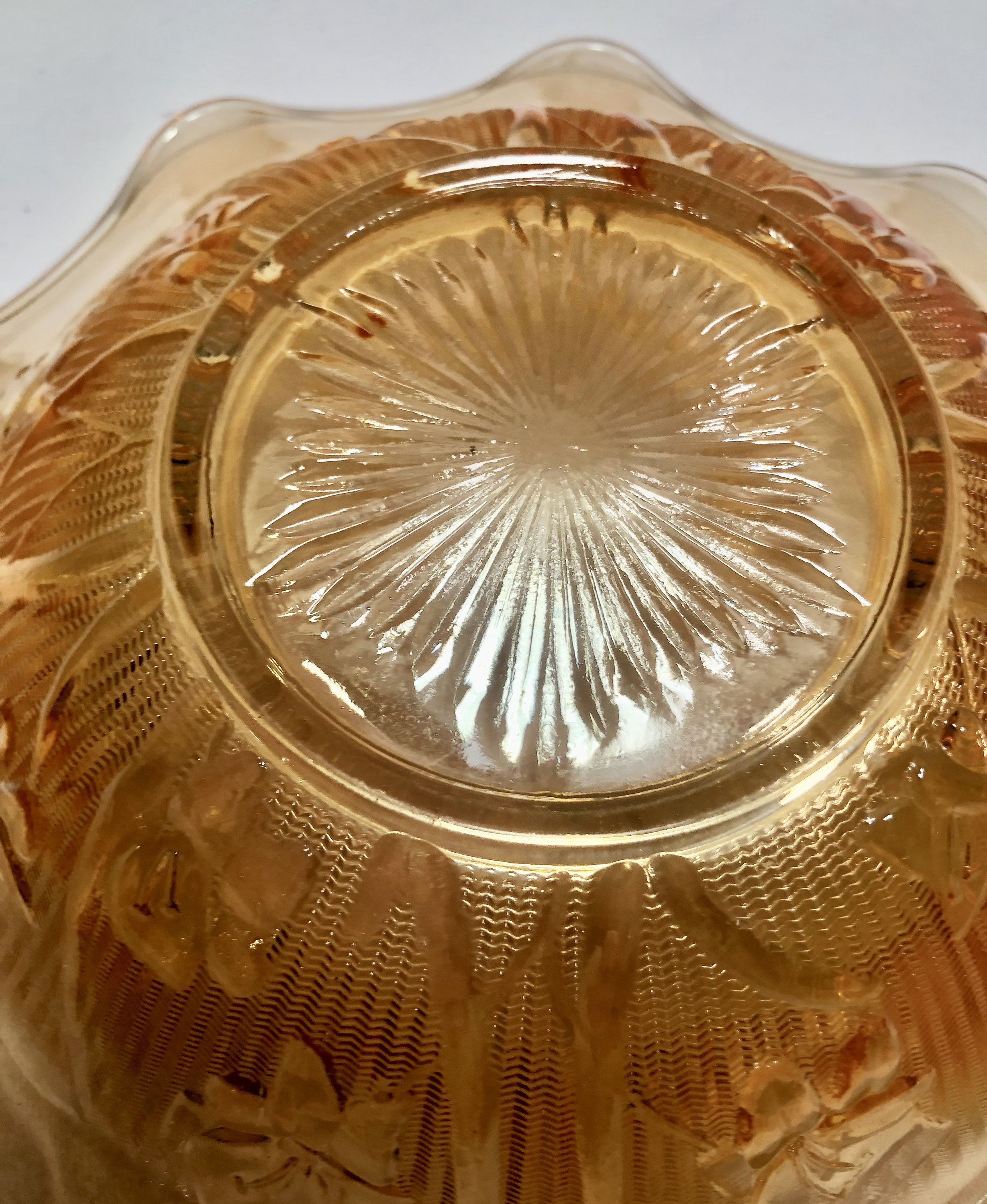 This vintage carnival glass Iris pattern fluted bowl is lovely in the light!
Made by the Jeanette Glass Co 1950's There are no chips or cracks just lovely
This is a pressed glass pattern and shines with pinks and yellows off the amber/marigold.