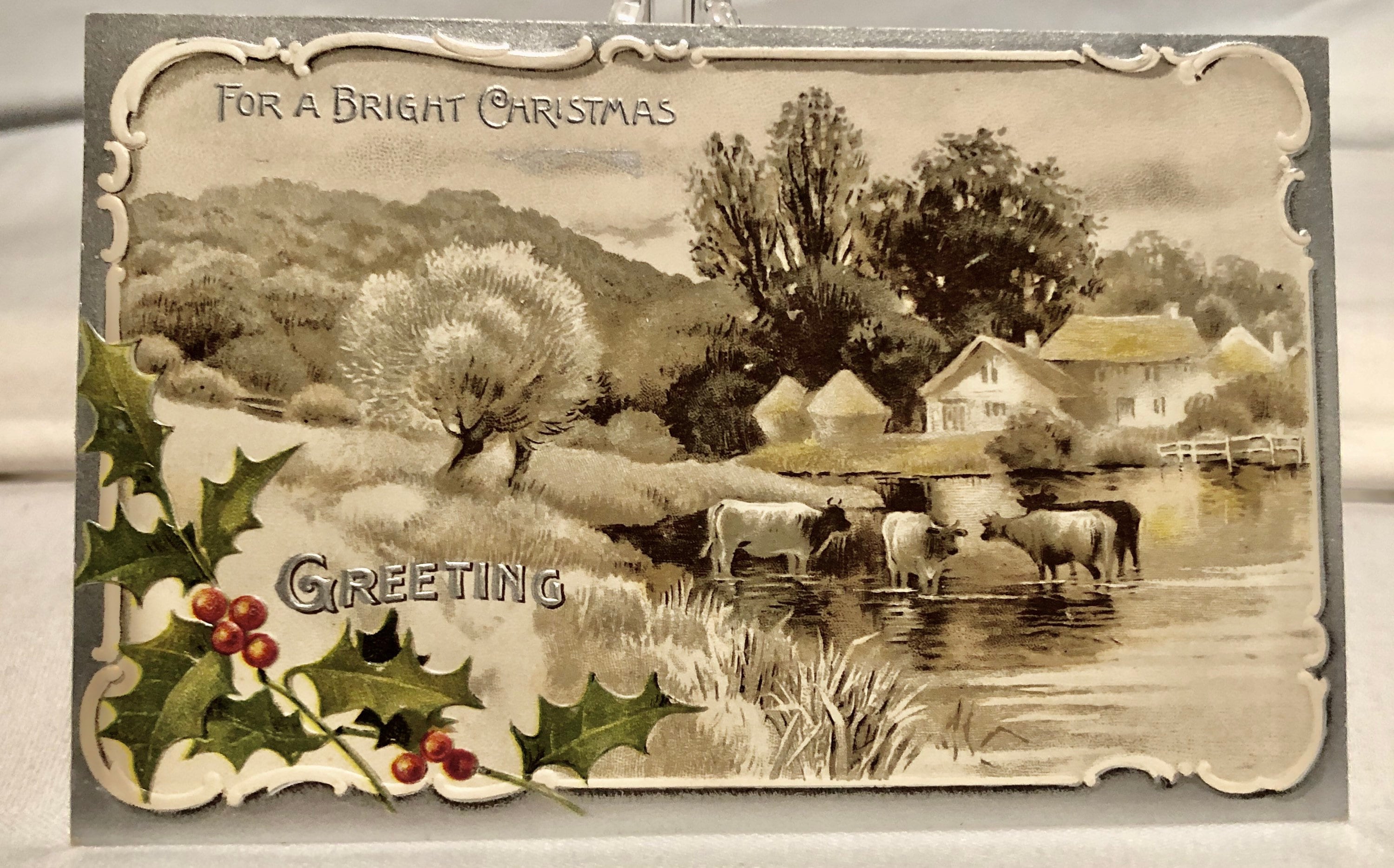 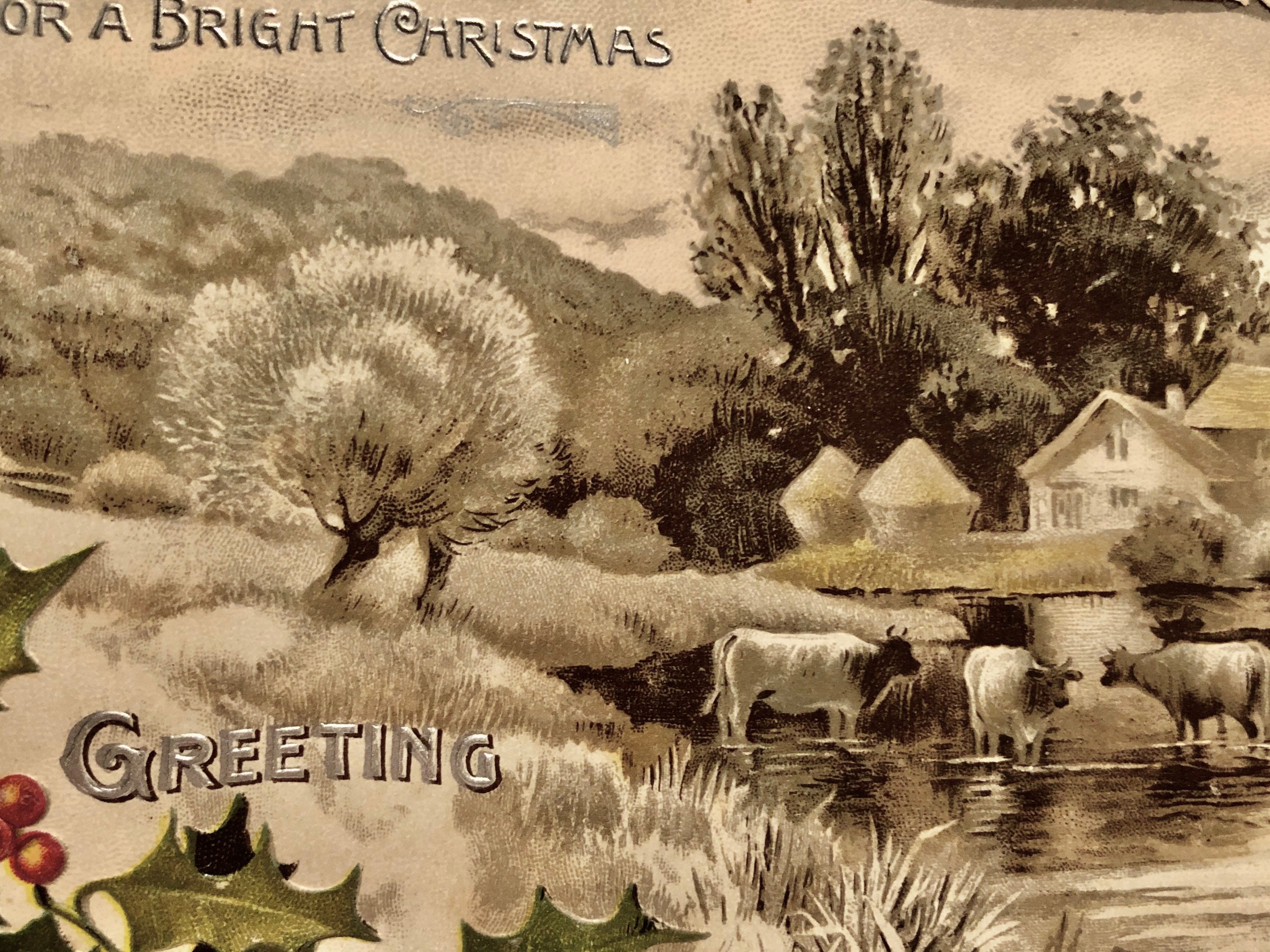 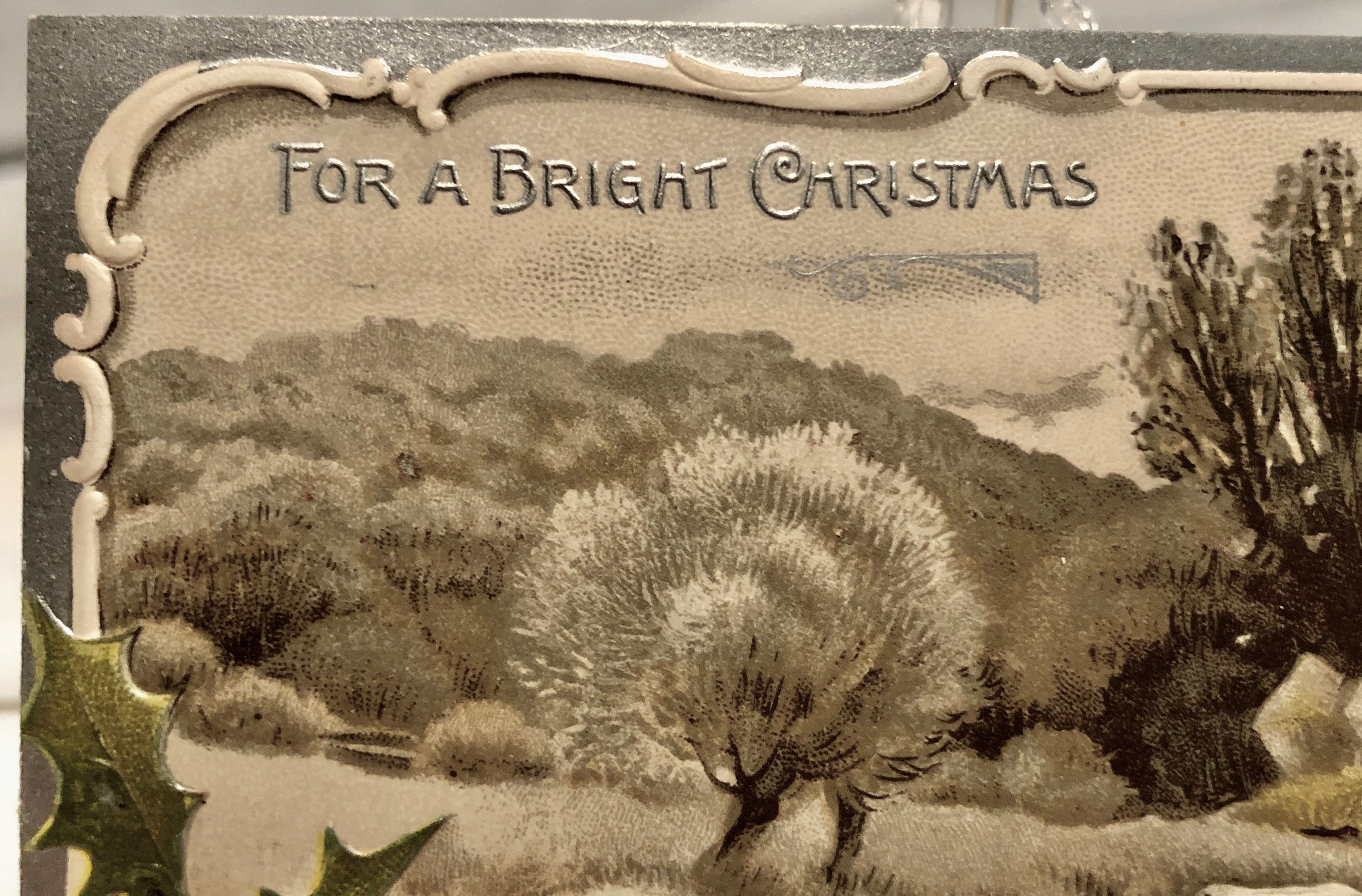 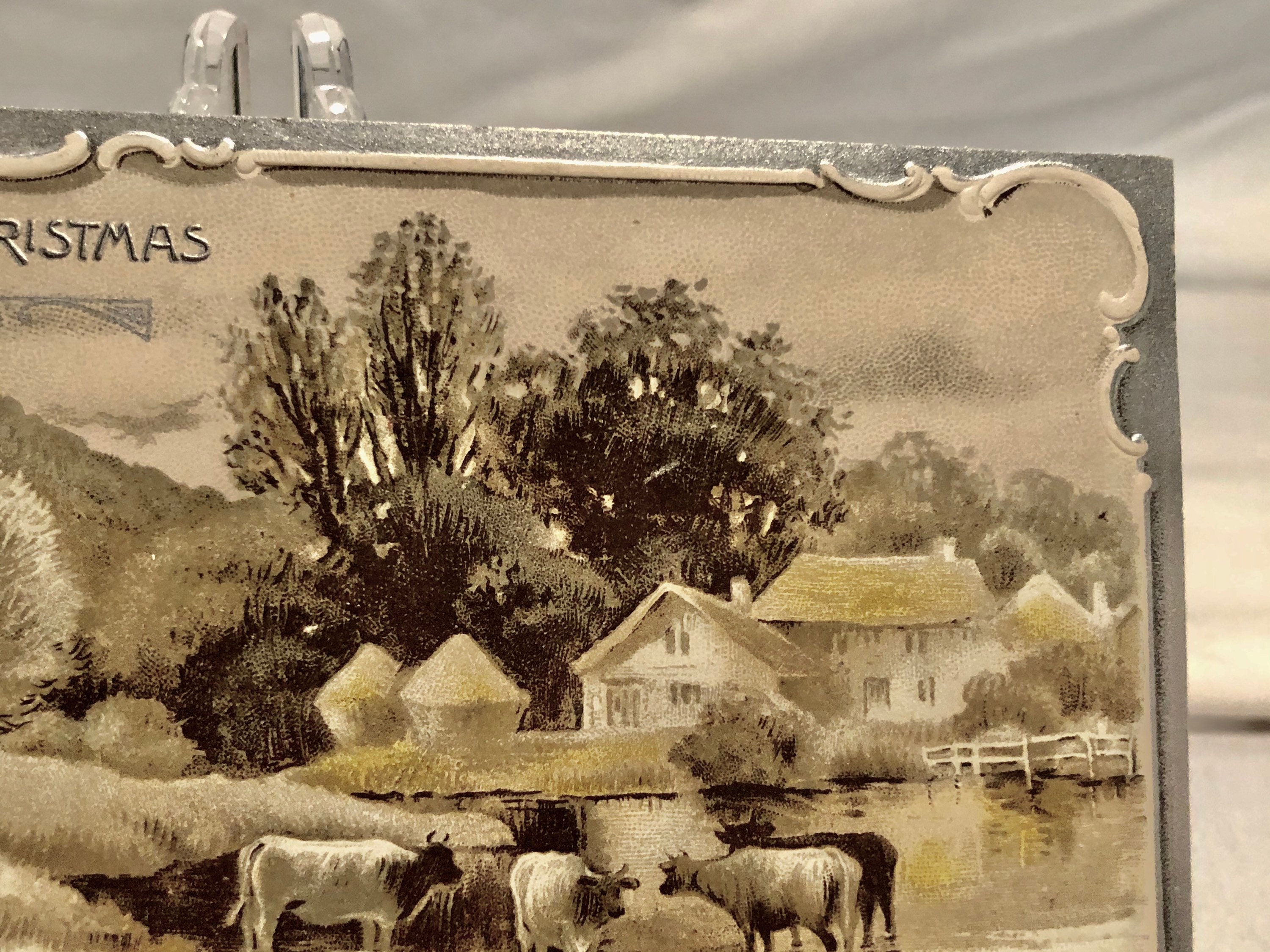 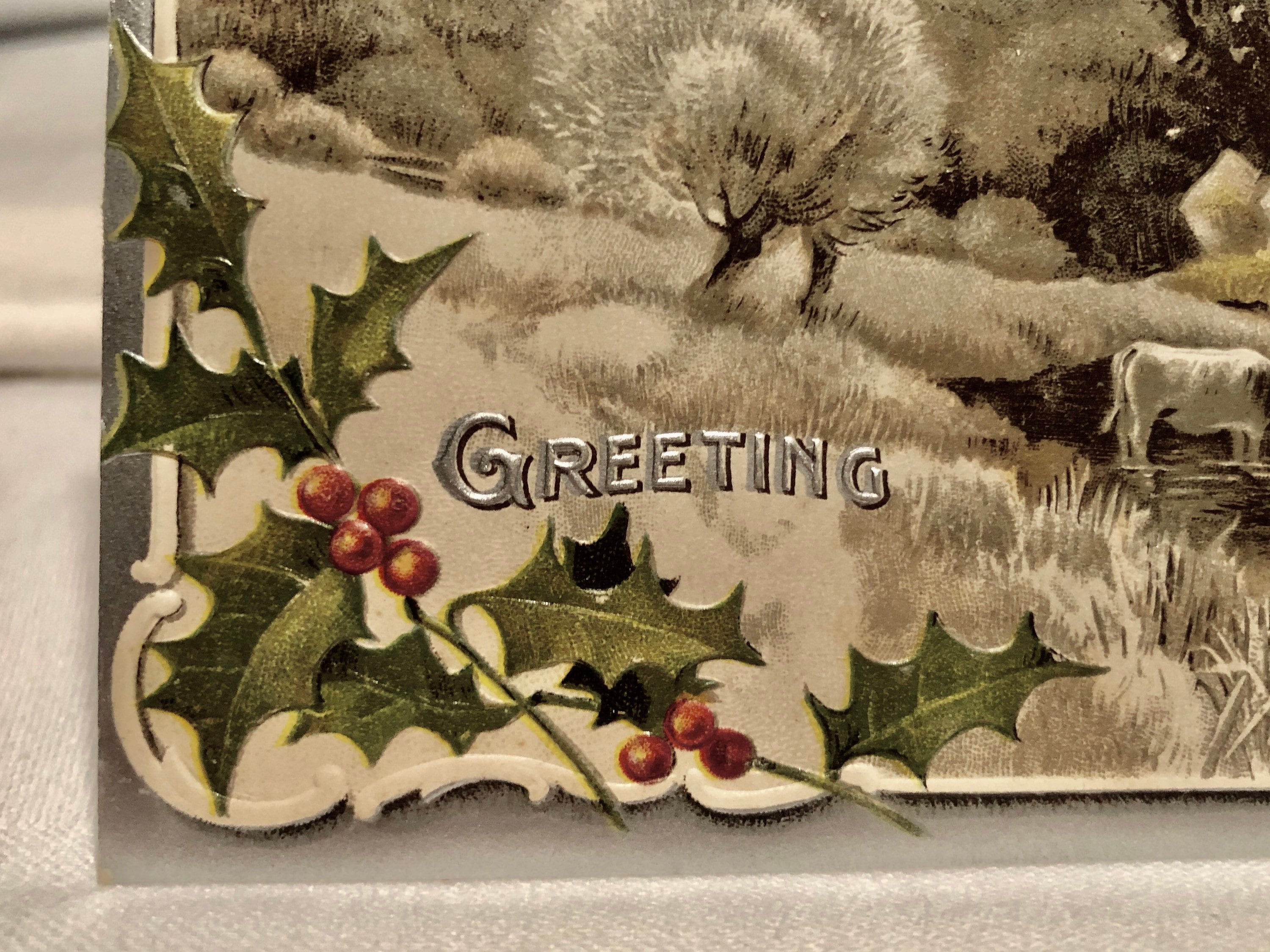 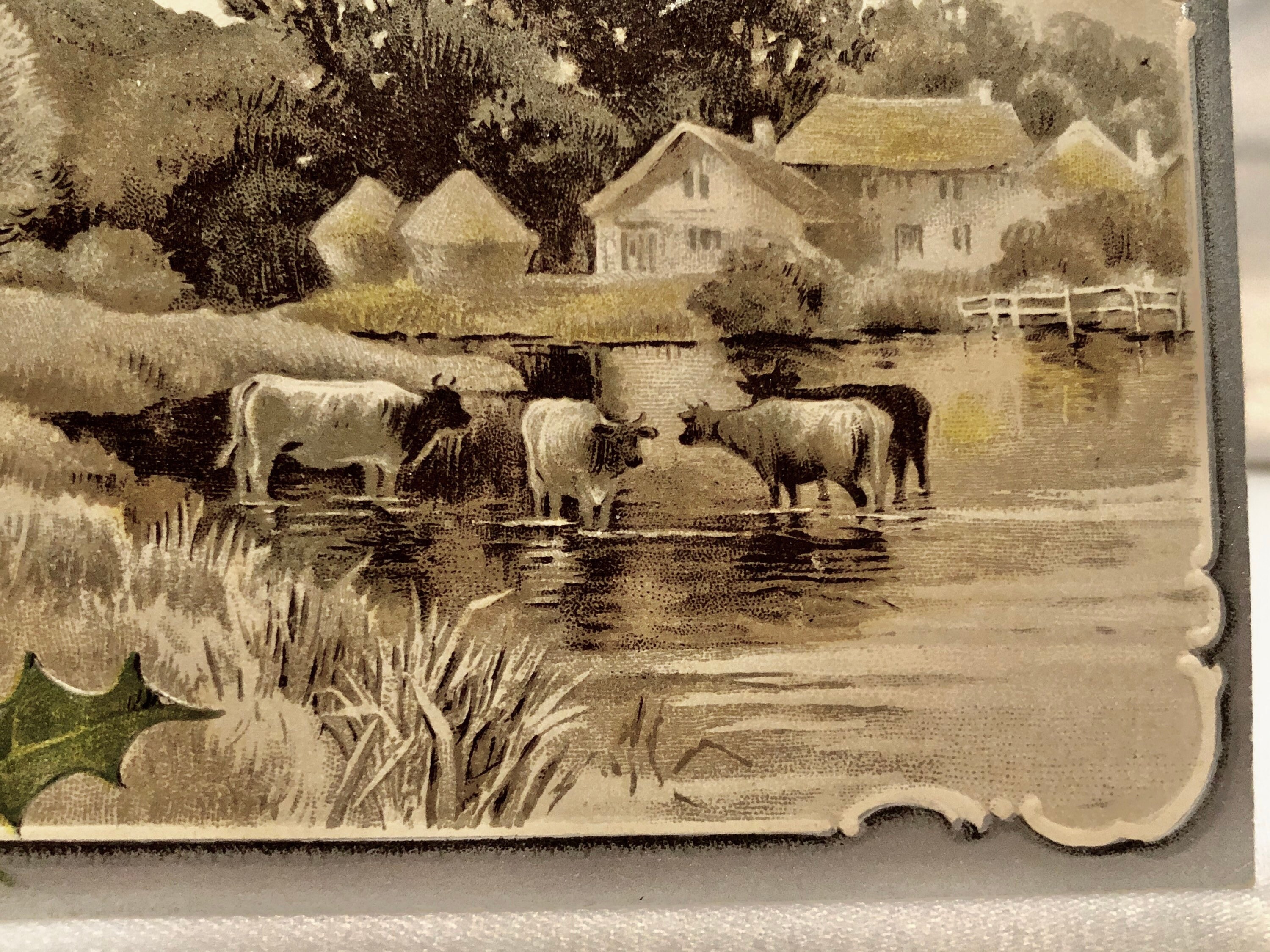 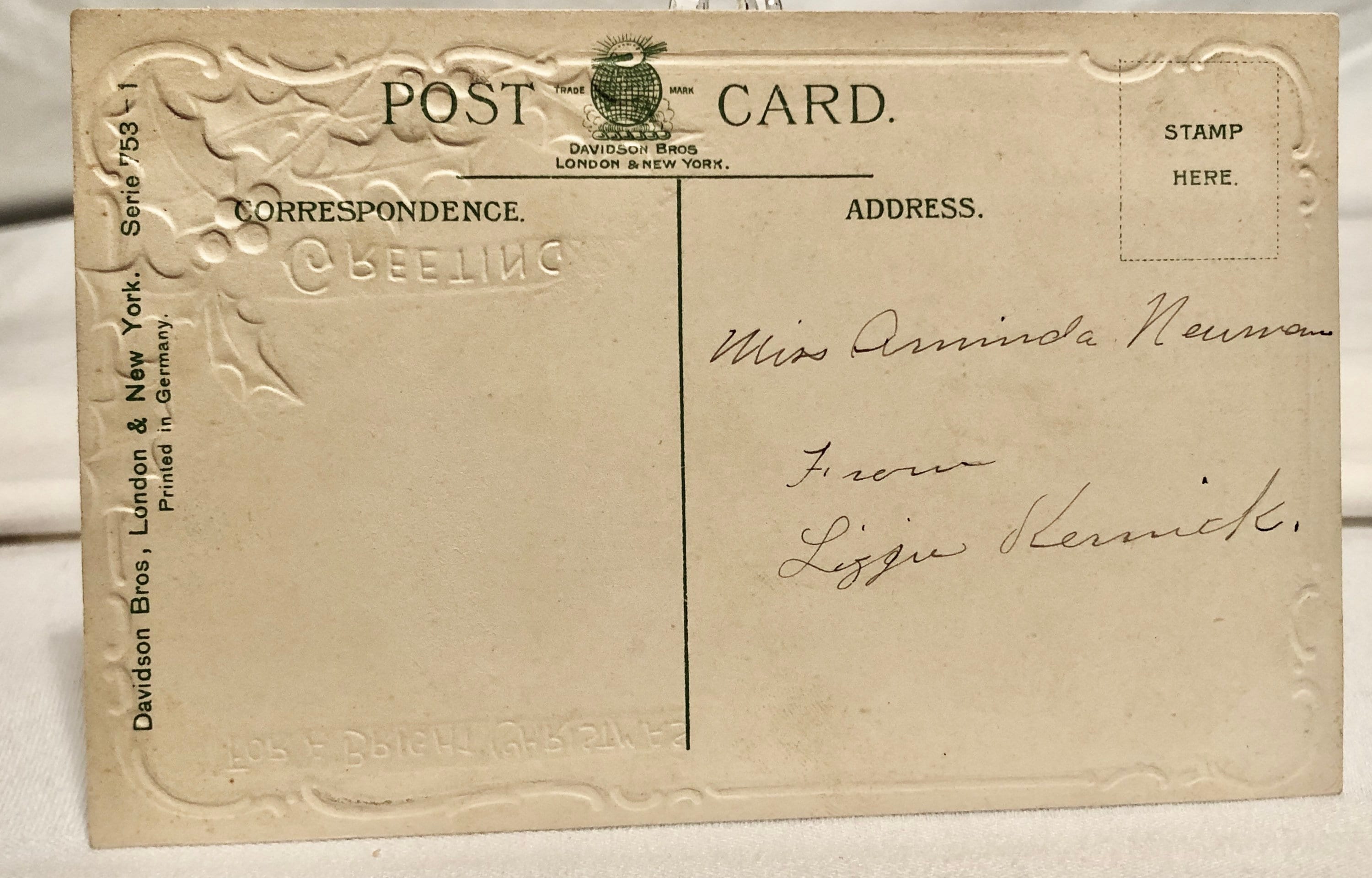 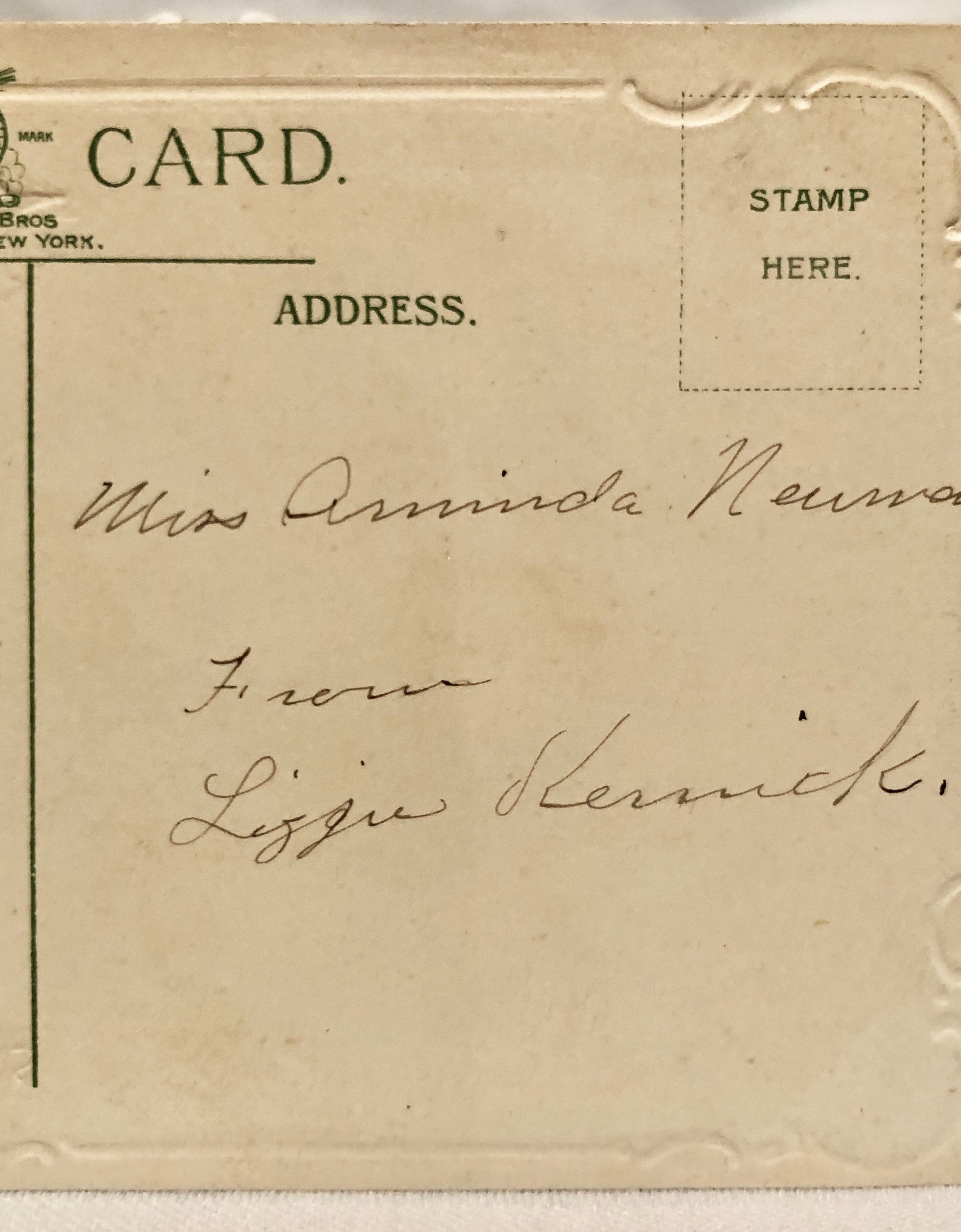 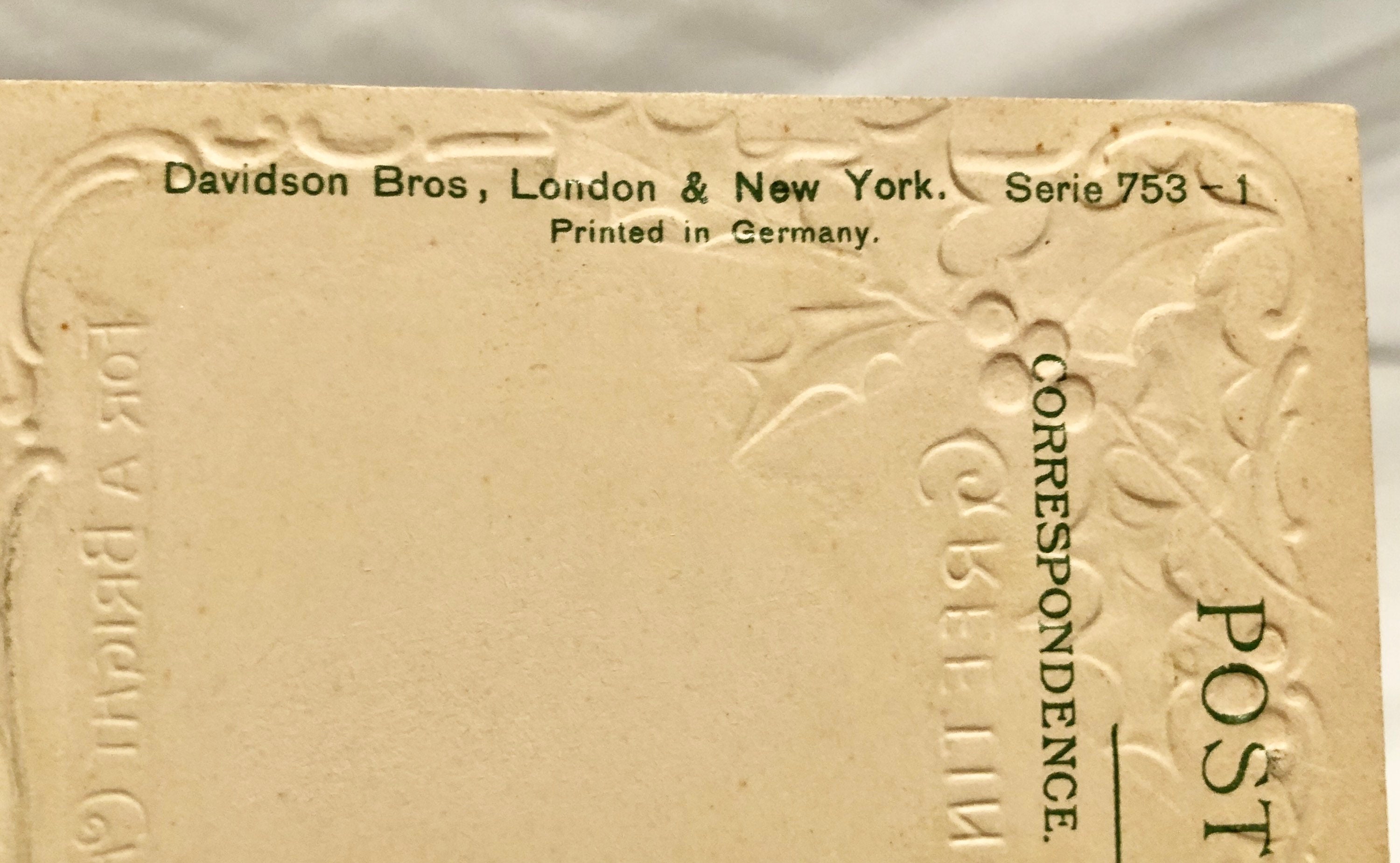 This vintage victorian postcard was made by Davidson Bros, London/New York Series 753-1
It depicts a welcoming country homestead with cows quietly grazing
The boarder is a silver with white scroll detail and sets off the sepia tone of the scene
Sending Greetings for a Bright Christmas