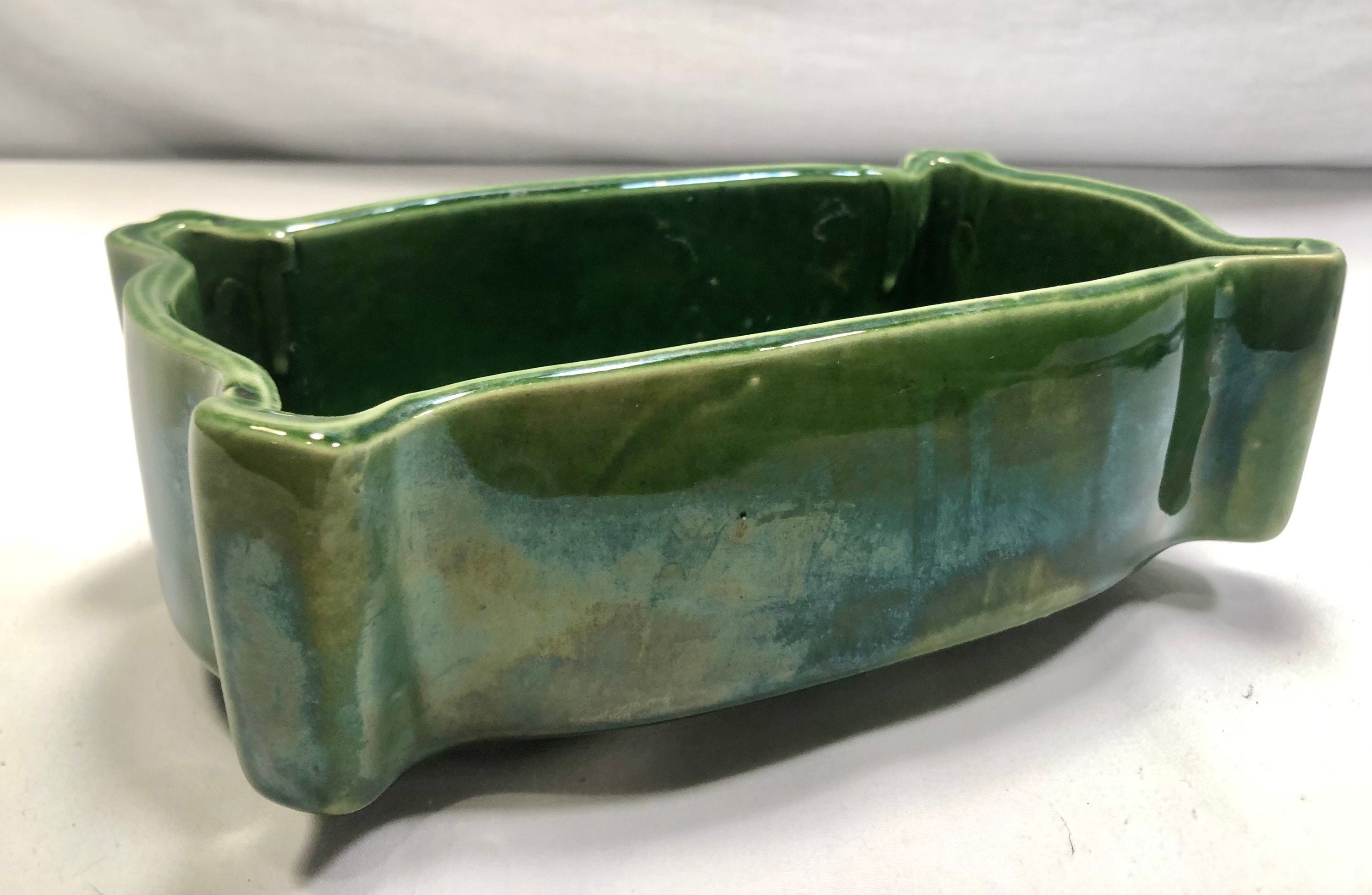 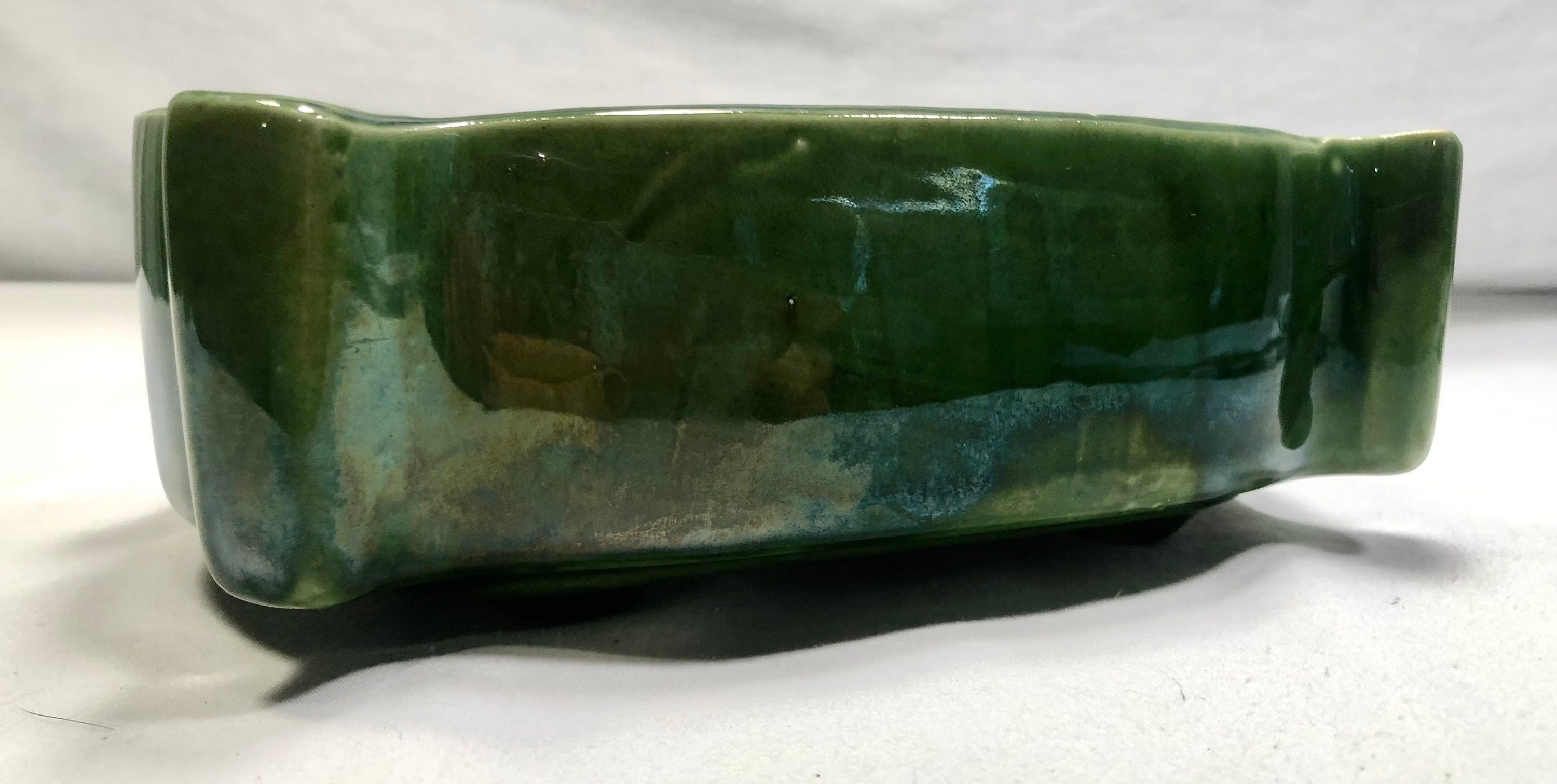 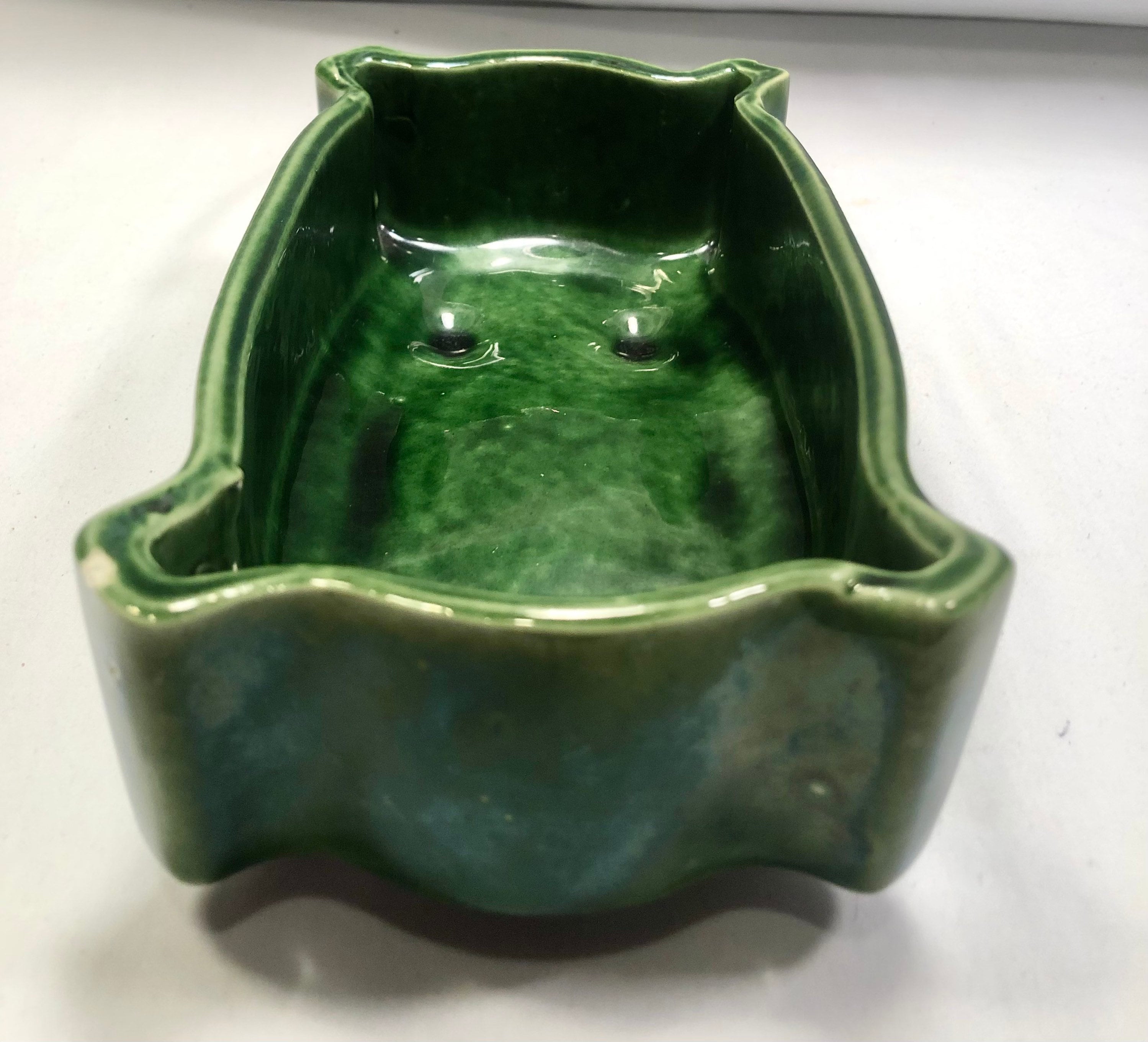 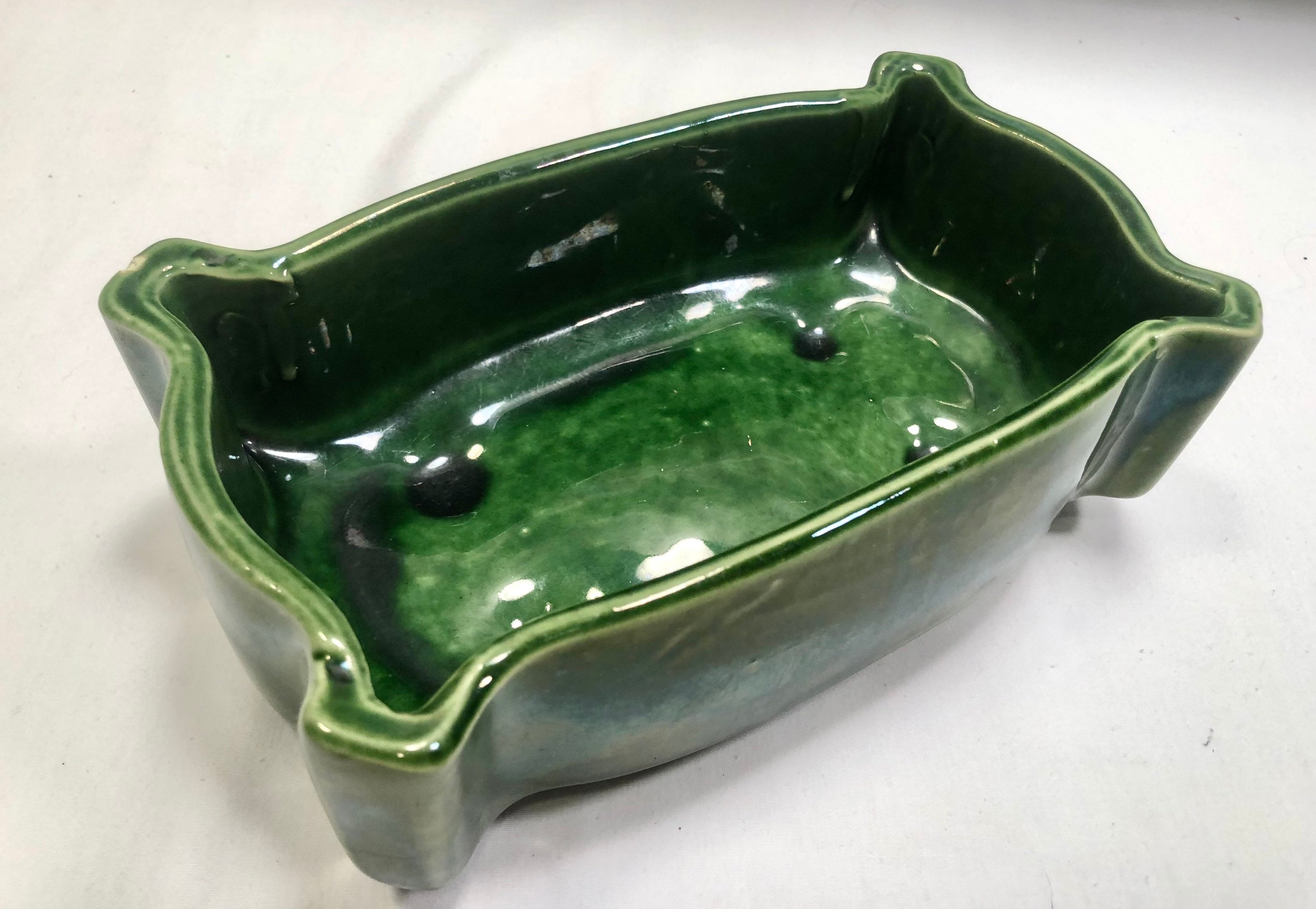 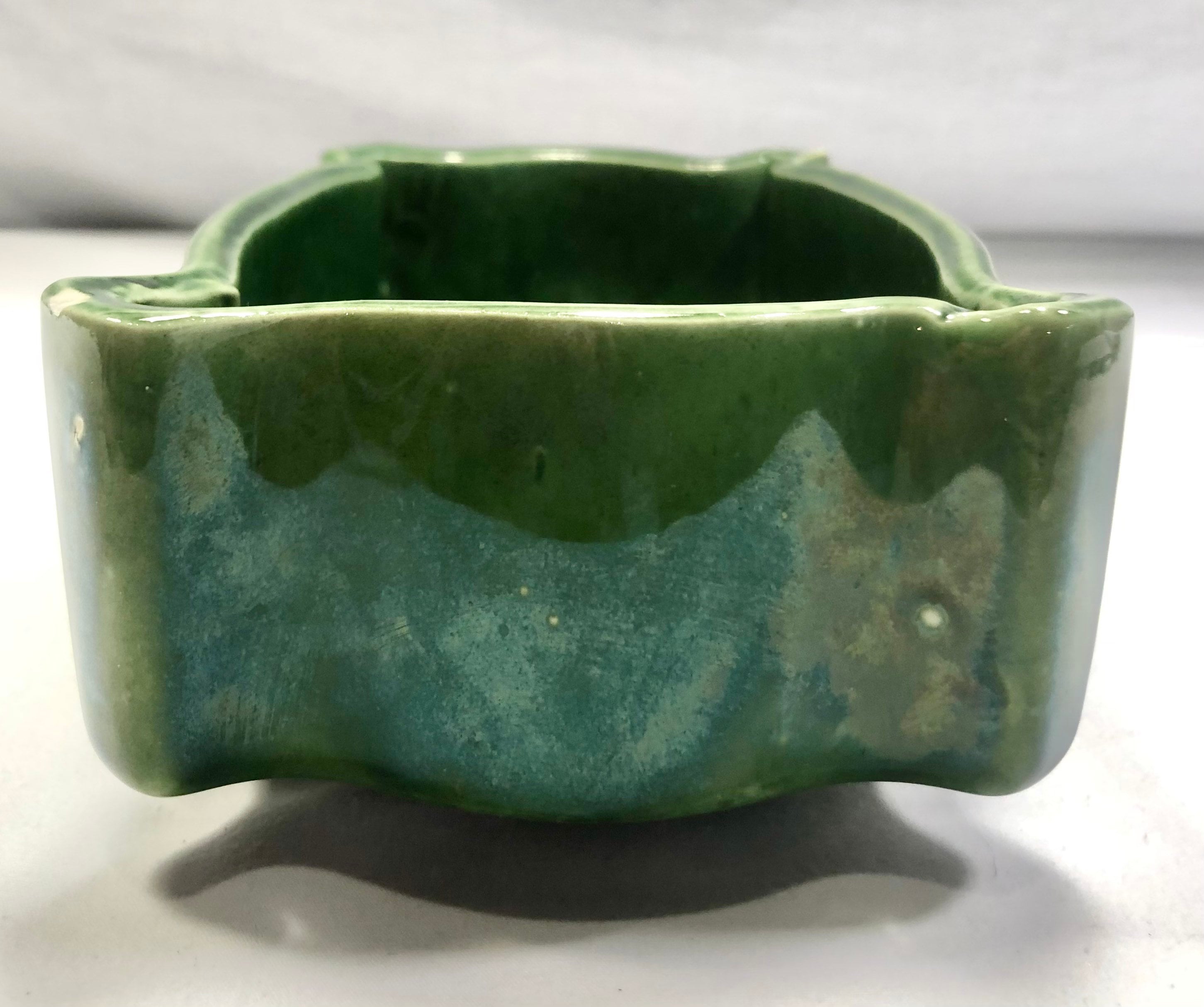 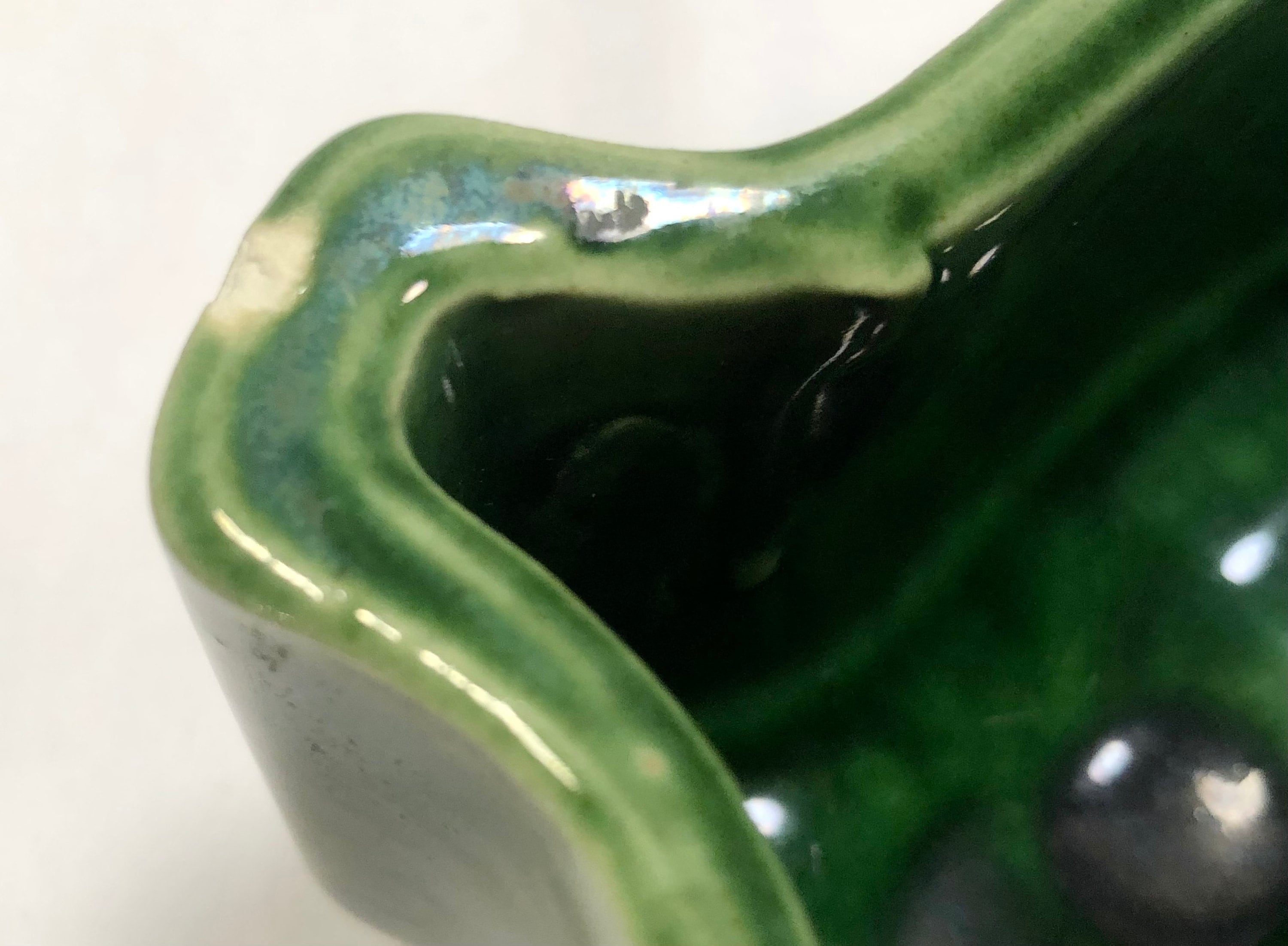 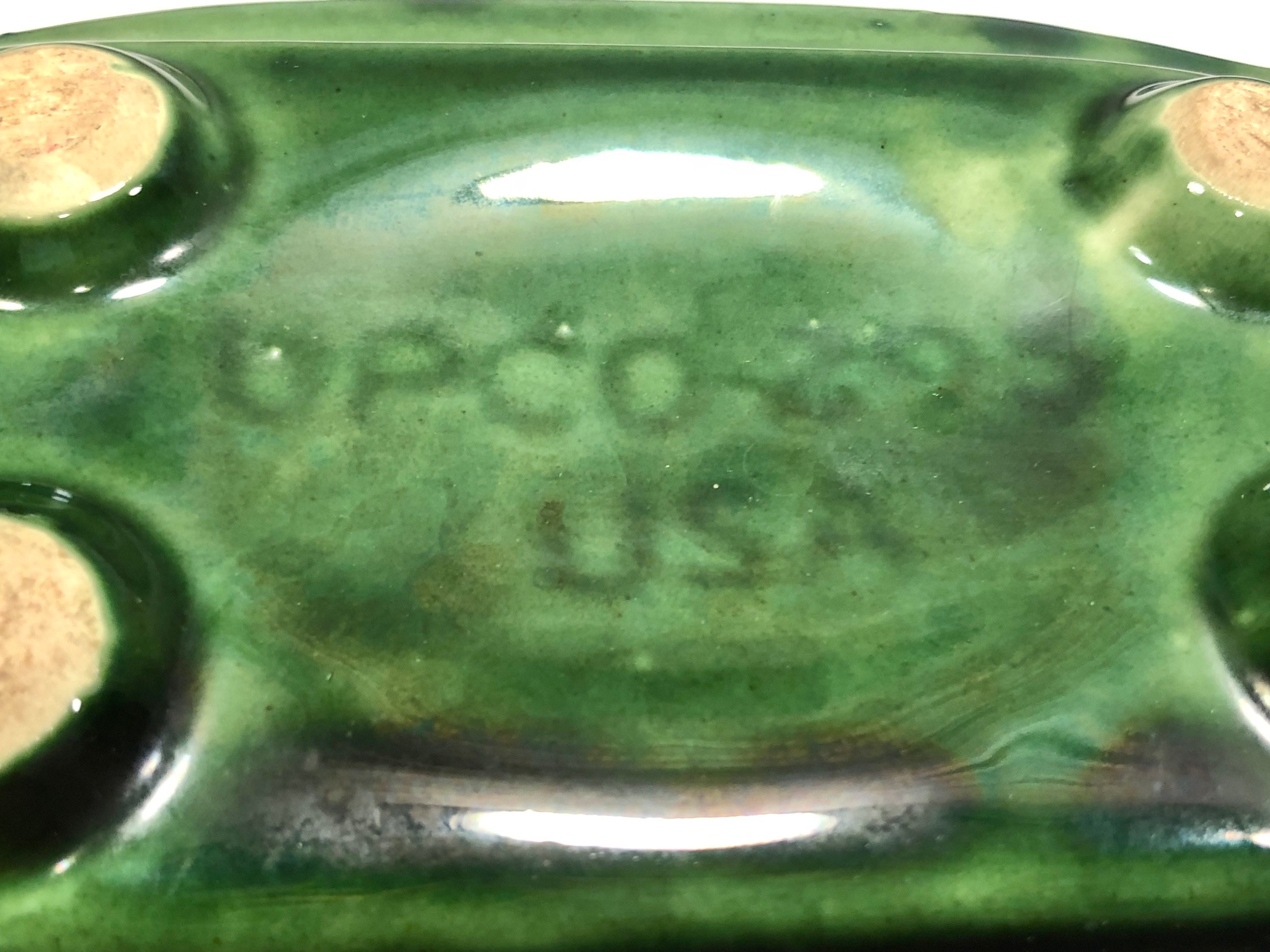 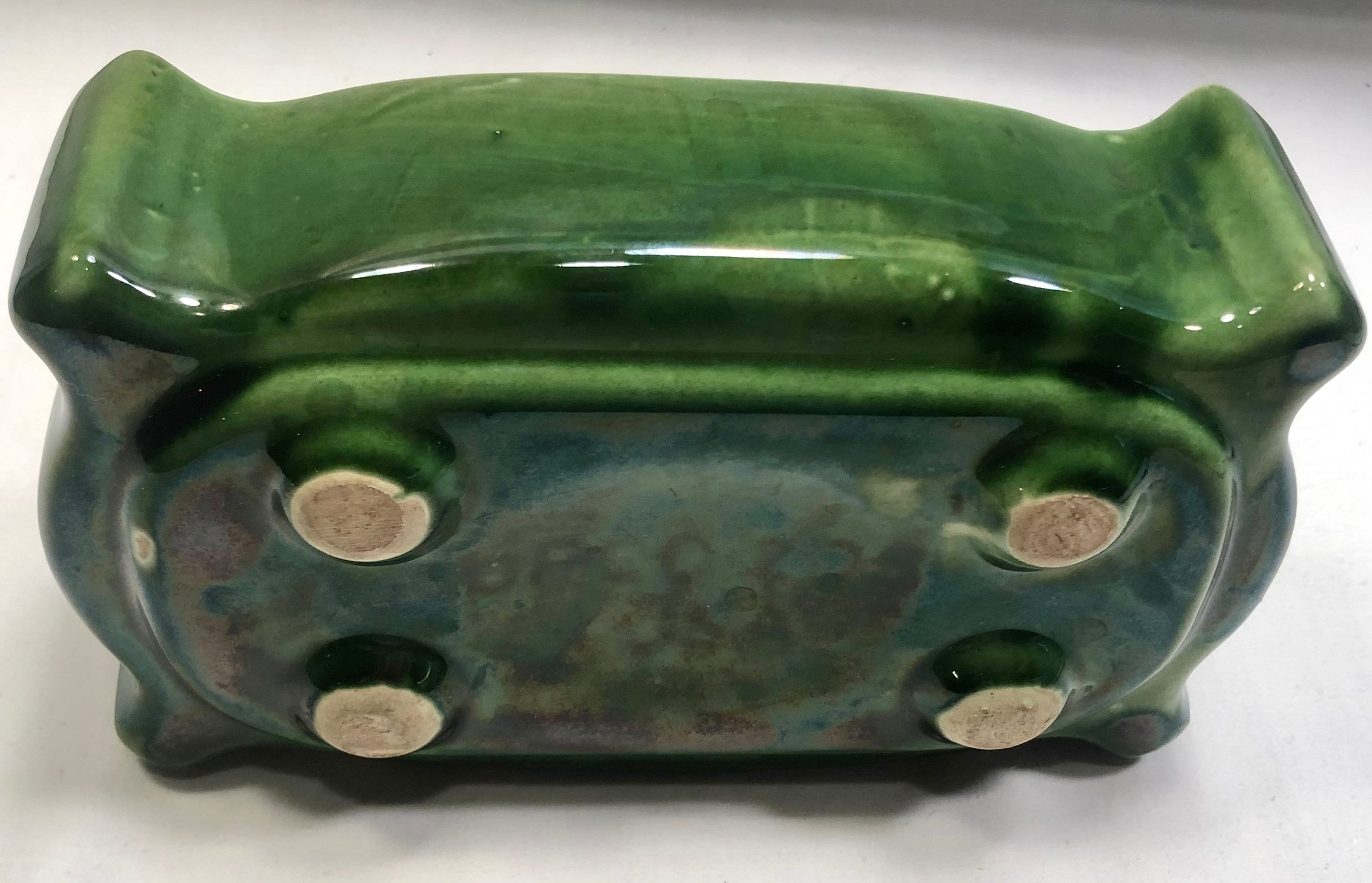 This vintage pottery planter is an oblong shape with an iridescent green sheen.
Made by UPCO ( USA Pottery Co) and is marked on the bottom 293 USA
Sturdy yet midcentury sleek and beautiful with no chips or cracks

If you are familiar at all with pottery, you will notice a large number of pieces that are marked with only "USA".  There is not a USA Pottery Company that produced these wares.  For a sufficient explanation of why pieces are marked like this, lets start in the 1800's.  Back then, most pottery was created to be used in everyday life by an individual that probably lived near you.  The makers rarely marked these pieces because beyond there usefulness, the items weren't much to look at. (imagine an old, brown stoneware crock)  As pottery techniques matured around the turn of the century, many larger potteries were formed. (think industrialization)  Many produced artistic works that the creator would want recognition for his efforts.  Anyway, every company had their own rules about marking their wares.  Marks would sometimes include company name, logo / symbol, an artist signature, mold number, initials, country, state, city, what they had for lunch, etc., etc.  Many companies would include no mark at all.  Or, they opted for a simple paper / foil sticker instead.  The stickers rarely stayed on the pieces long, and they'd wind up unmarked. Around the time of WW I, many businesses felt a patriotic need to include USA on their goods.  This may have been also due to their exporting items overseas.  Later on around WWII (I think?), the US government passed a law that all imported goods had to be marked with their country of origin.  Some American companies saw this and decided that they no longer needed to include USA mark, because the imports would be stamped "Japan", "China", or whatever and people would know an unmarked piece was made here.  Other companies continued to use the USA mark.  Others continued to use it, on some types of pottery.  Other businesses decided to use it