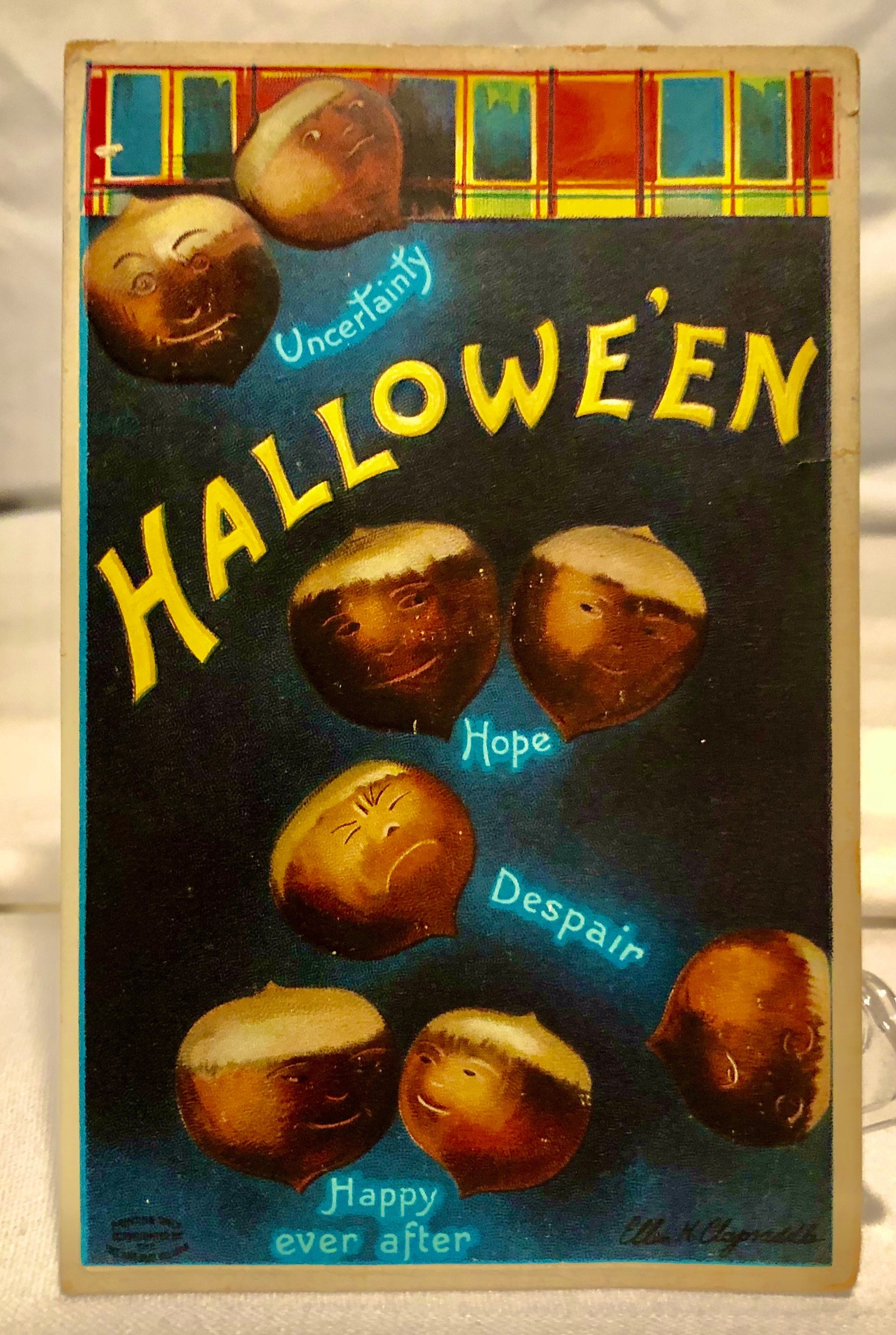 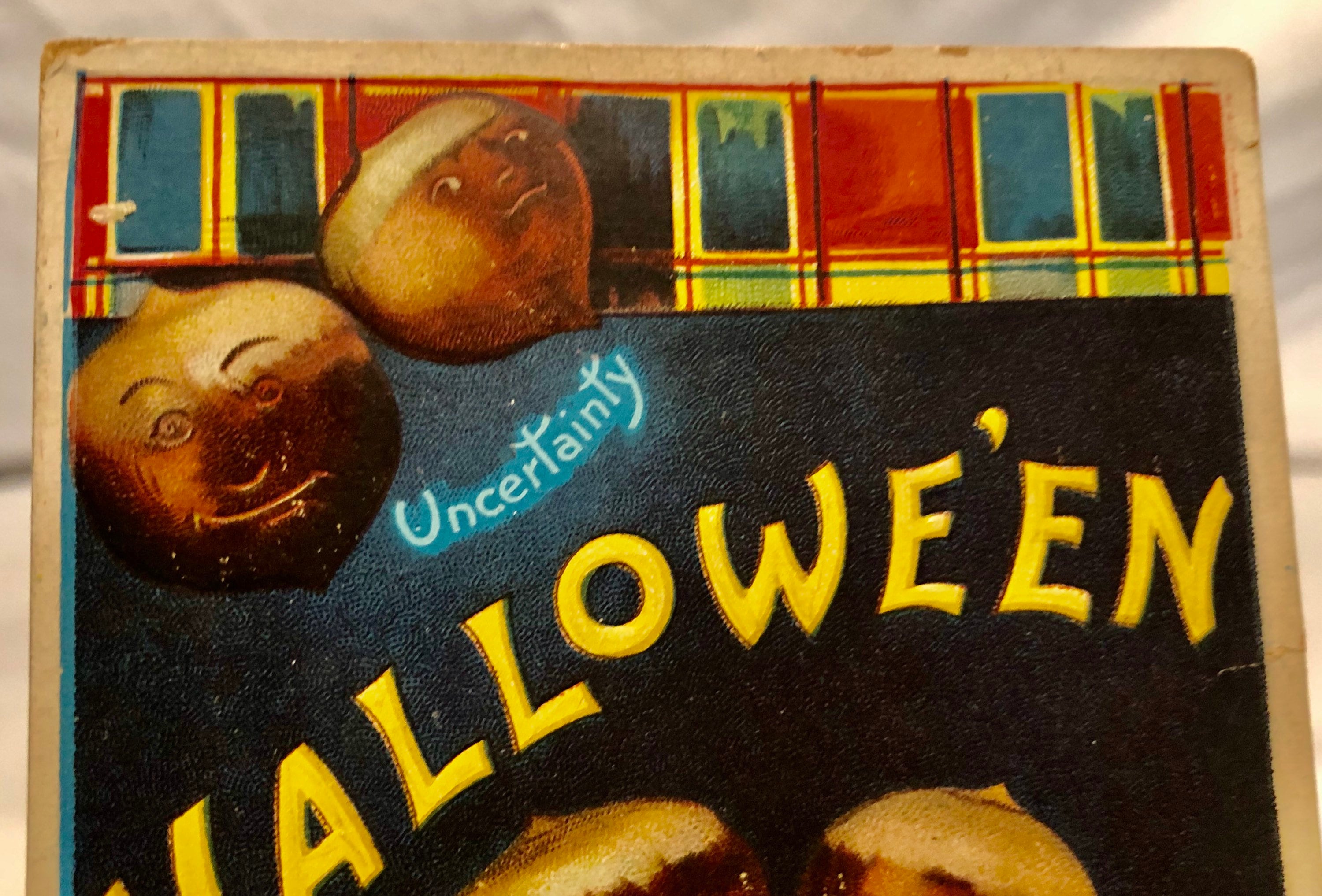 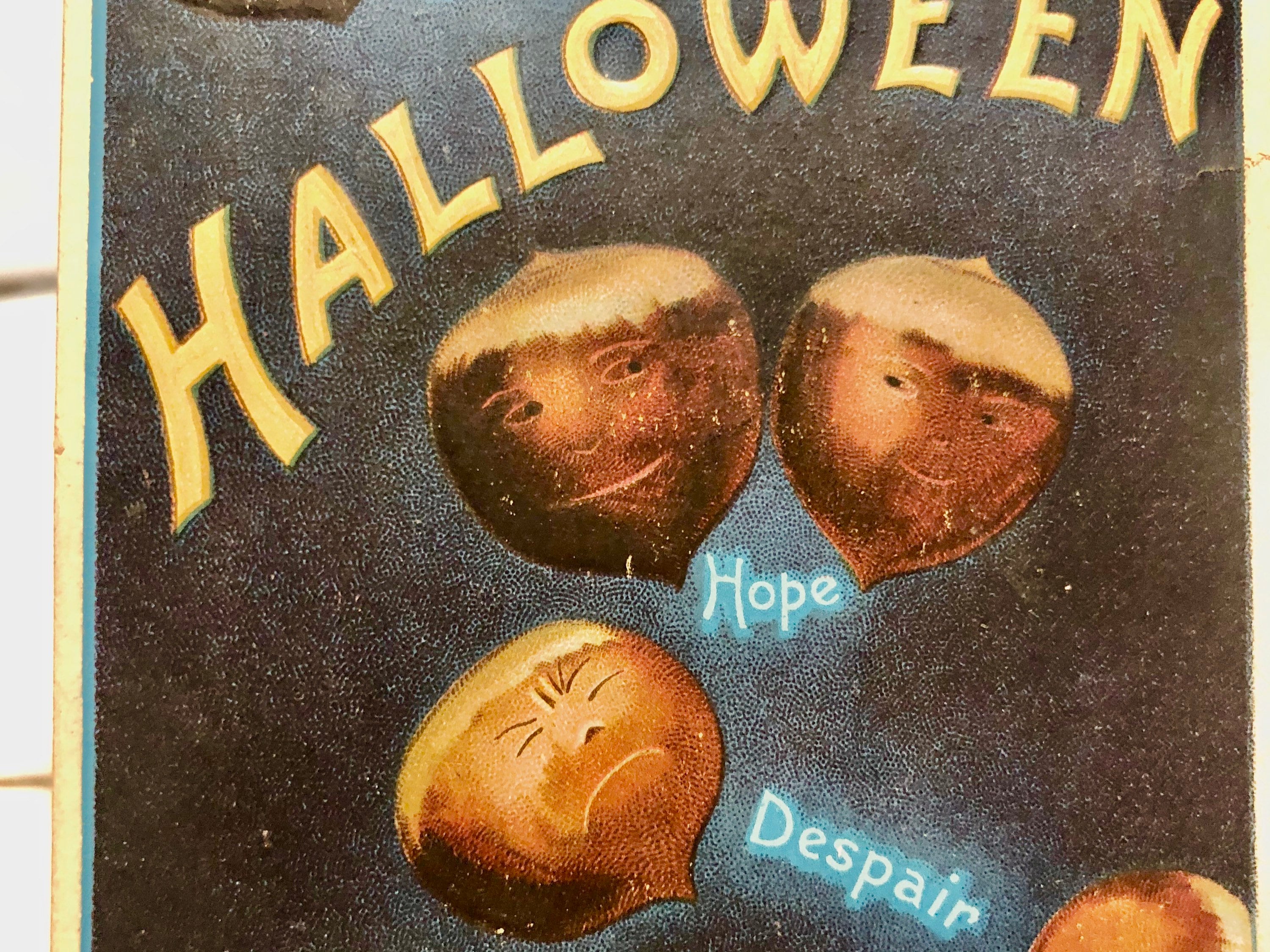 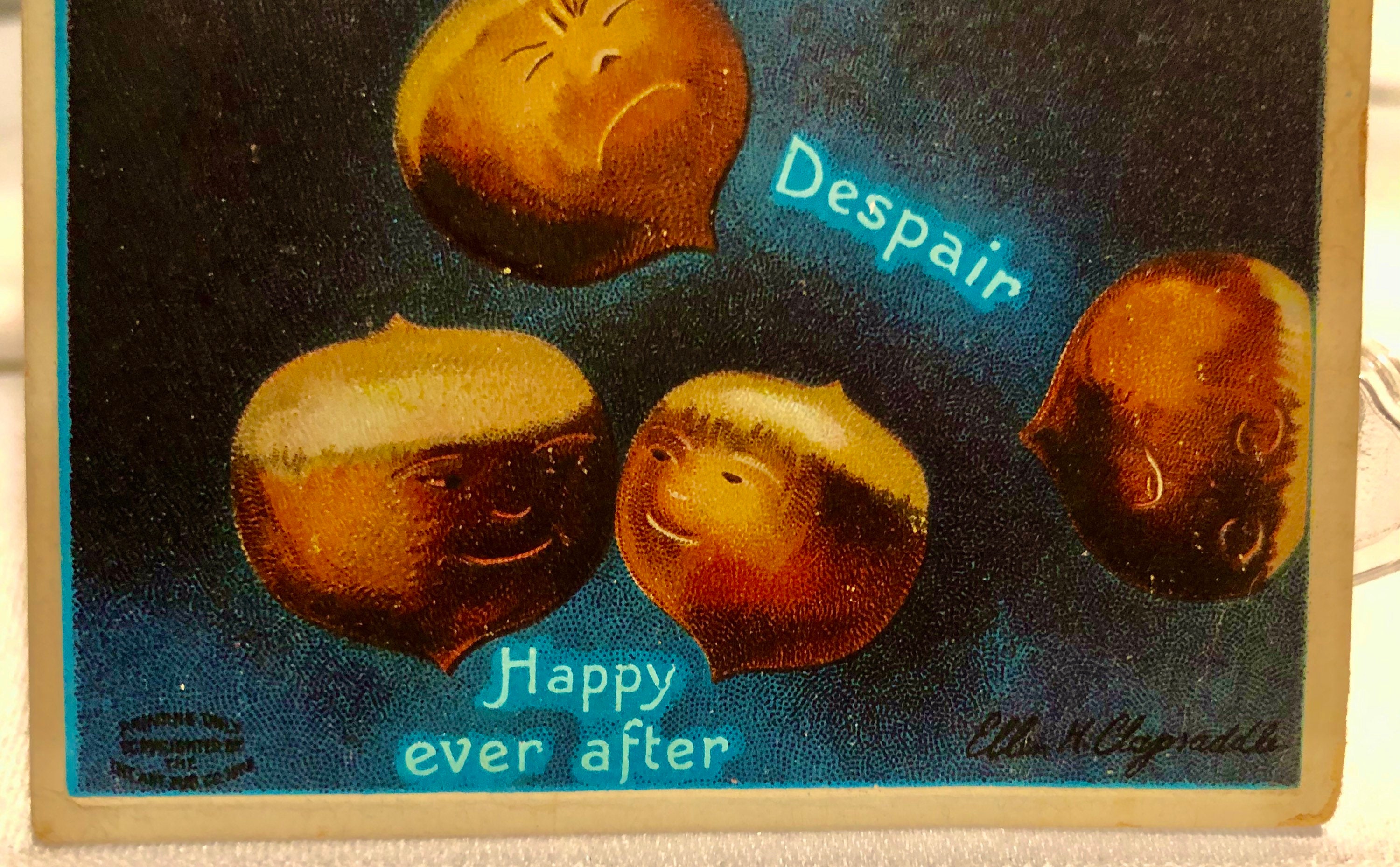 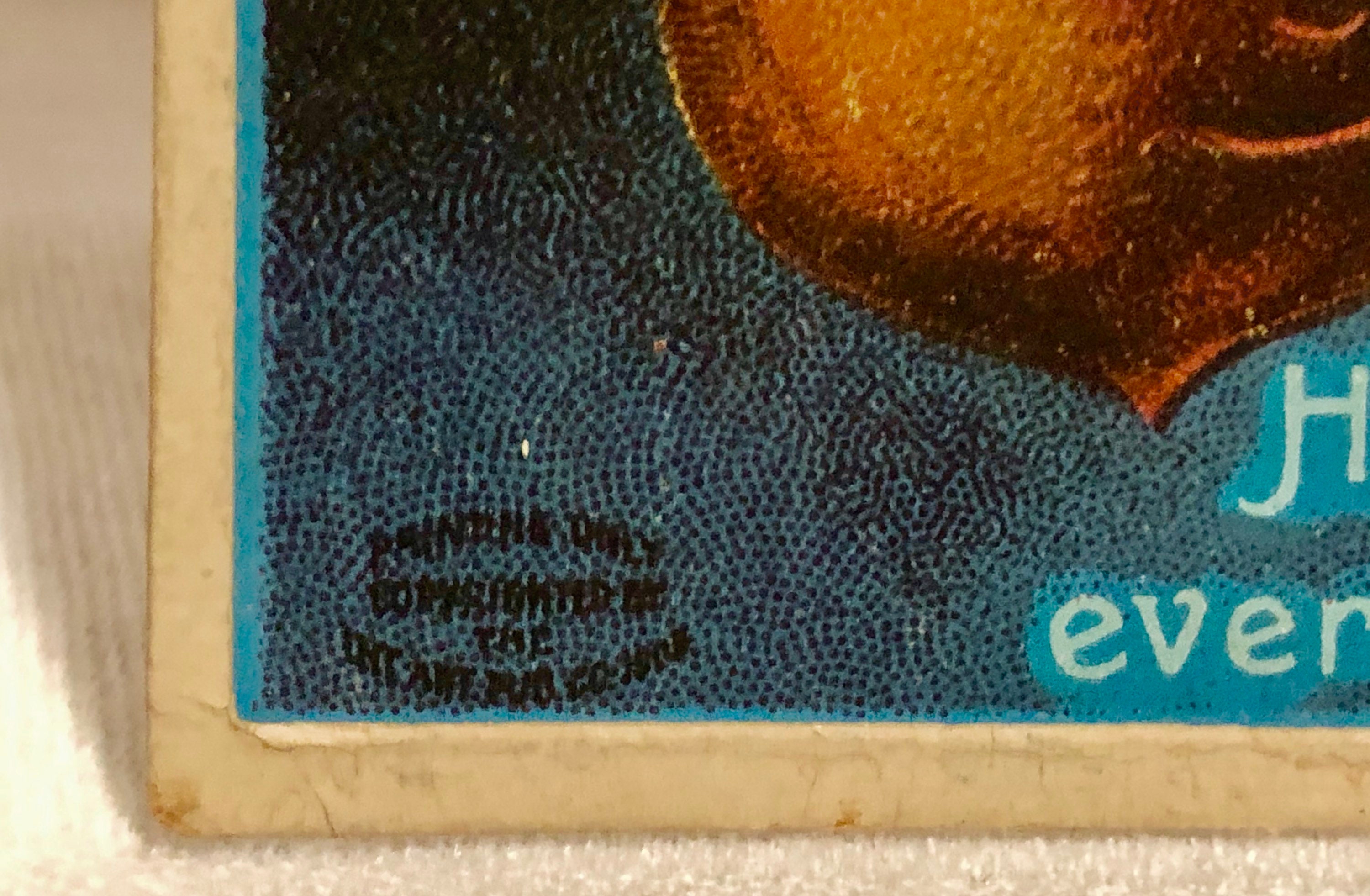 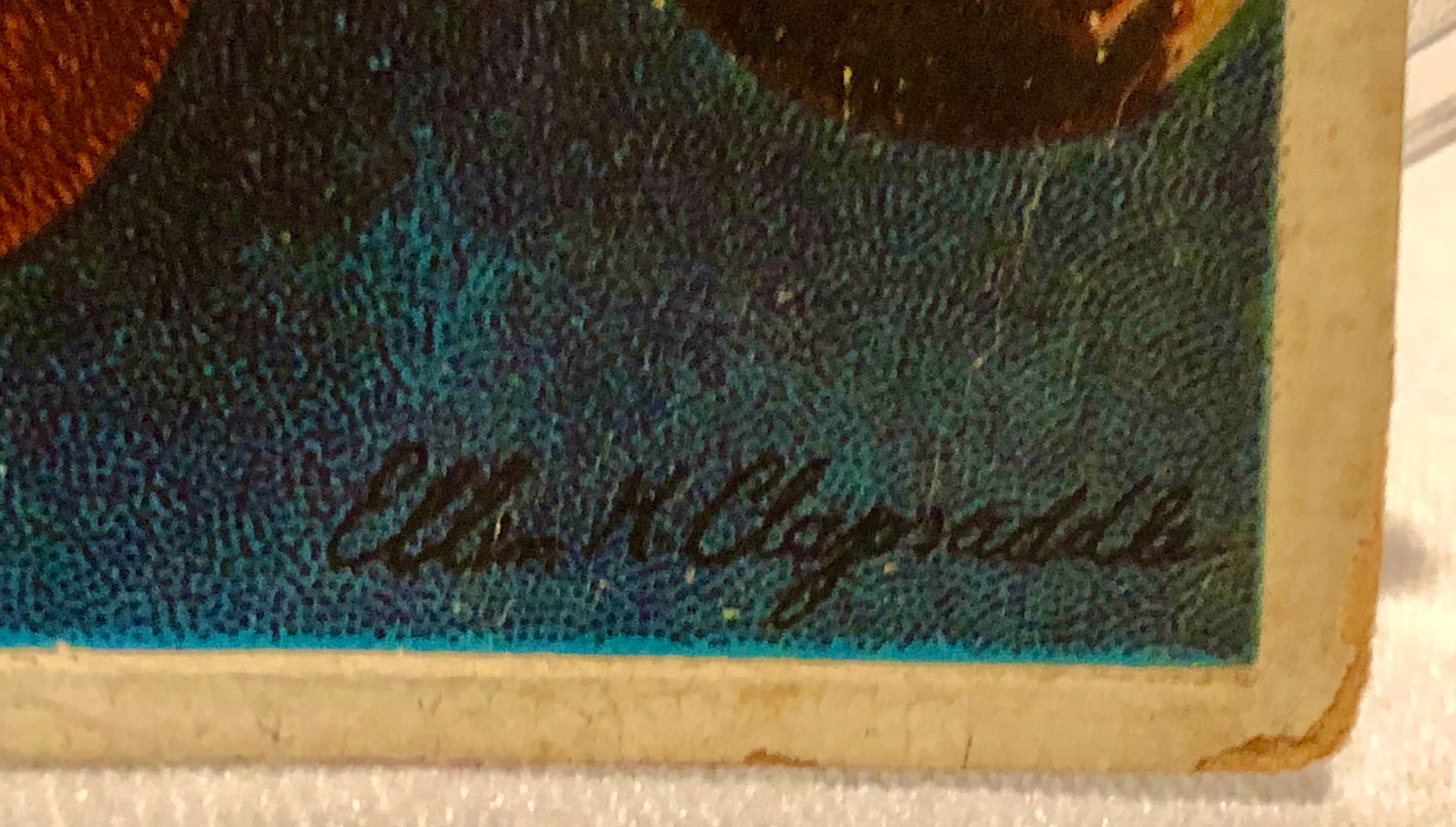 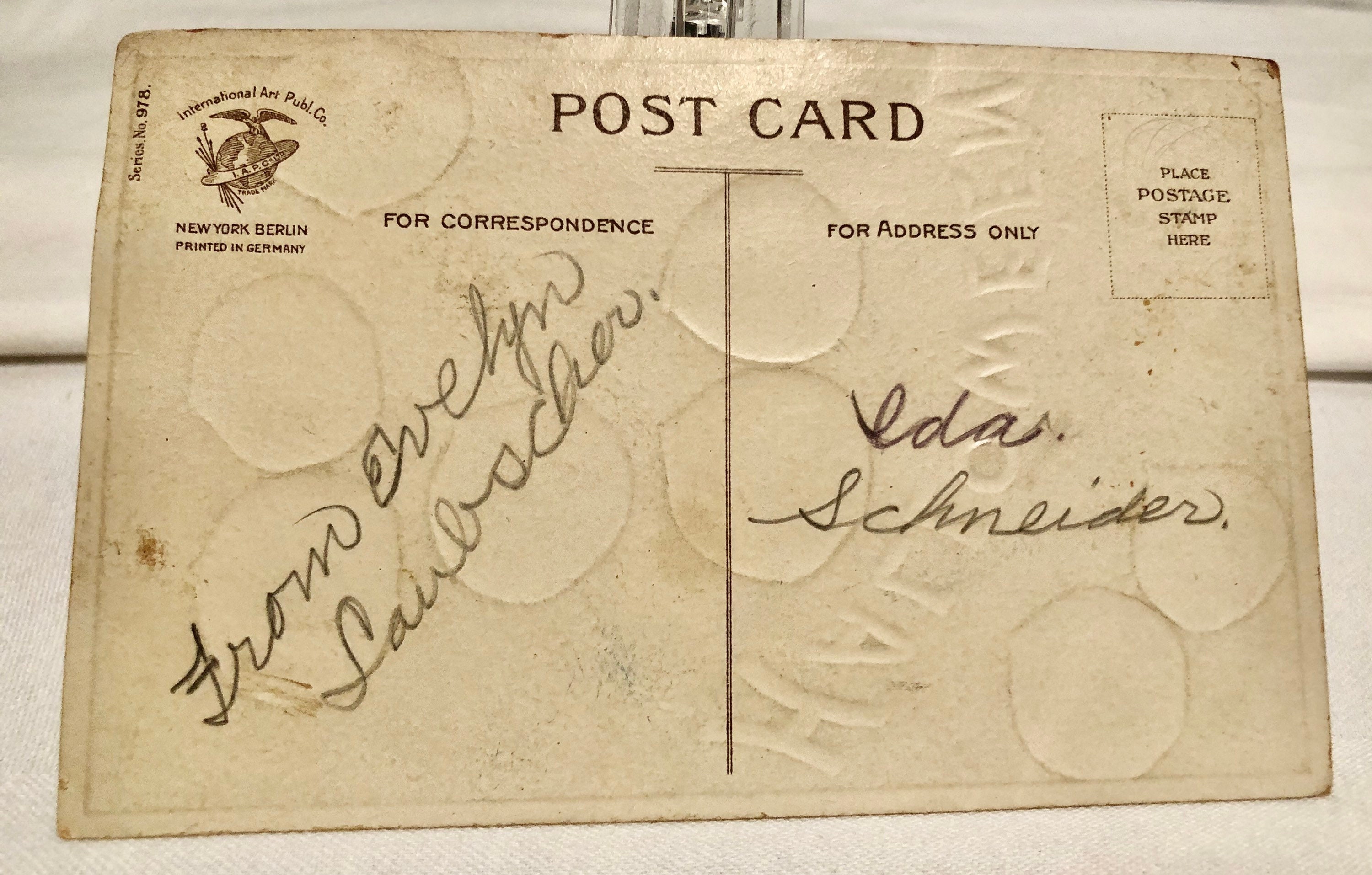 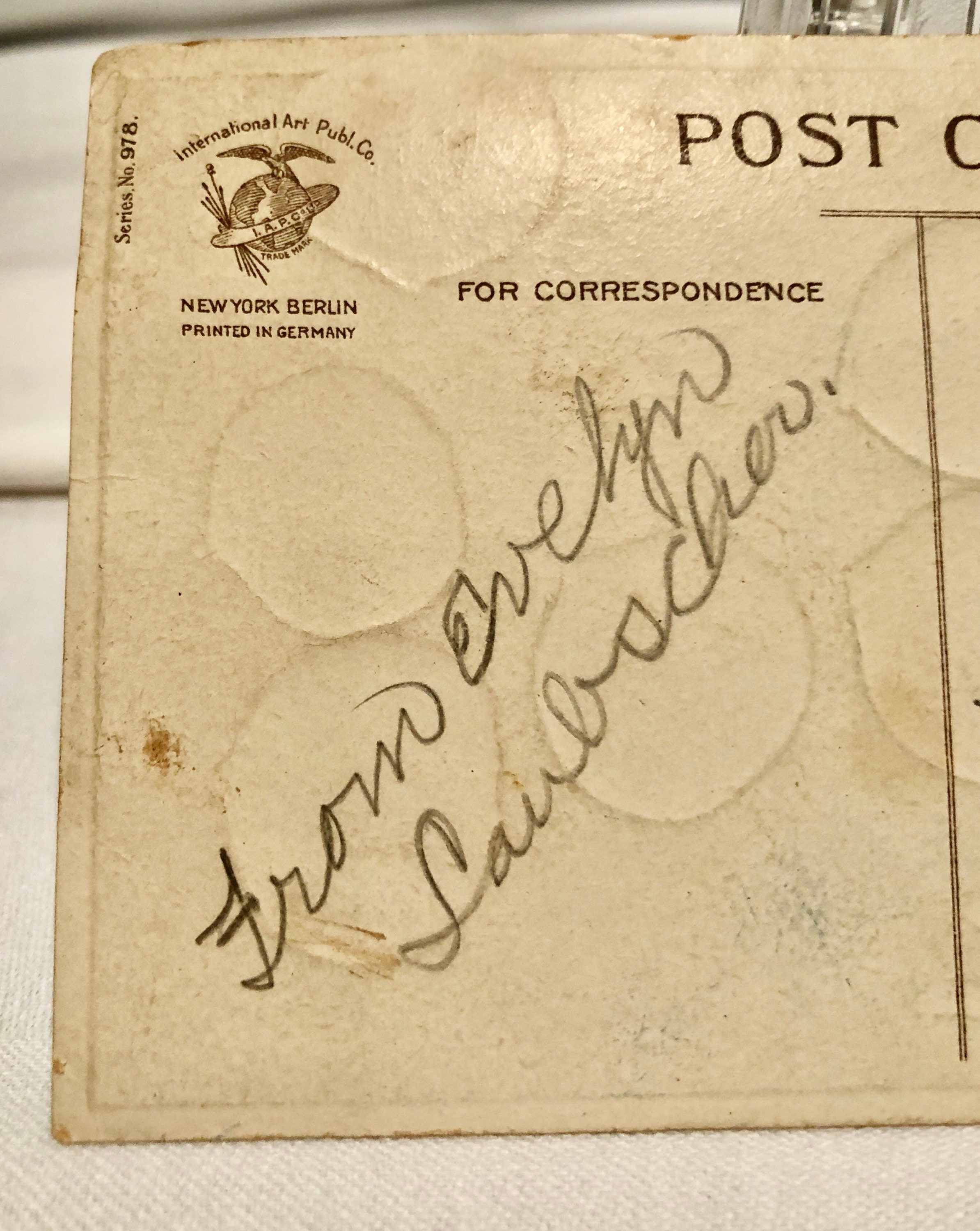 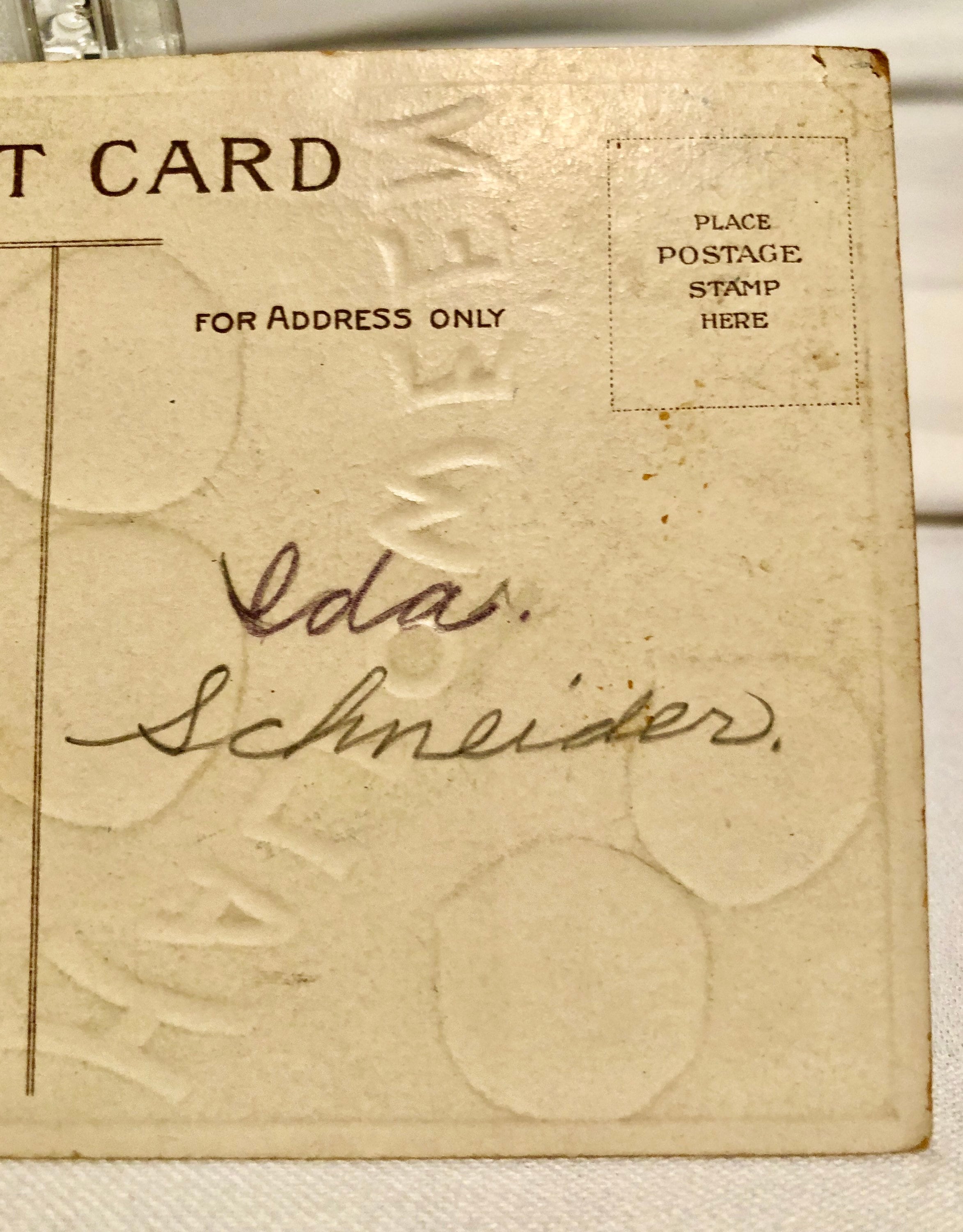 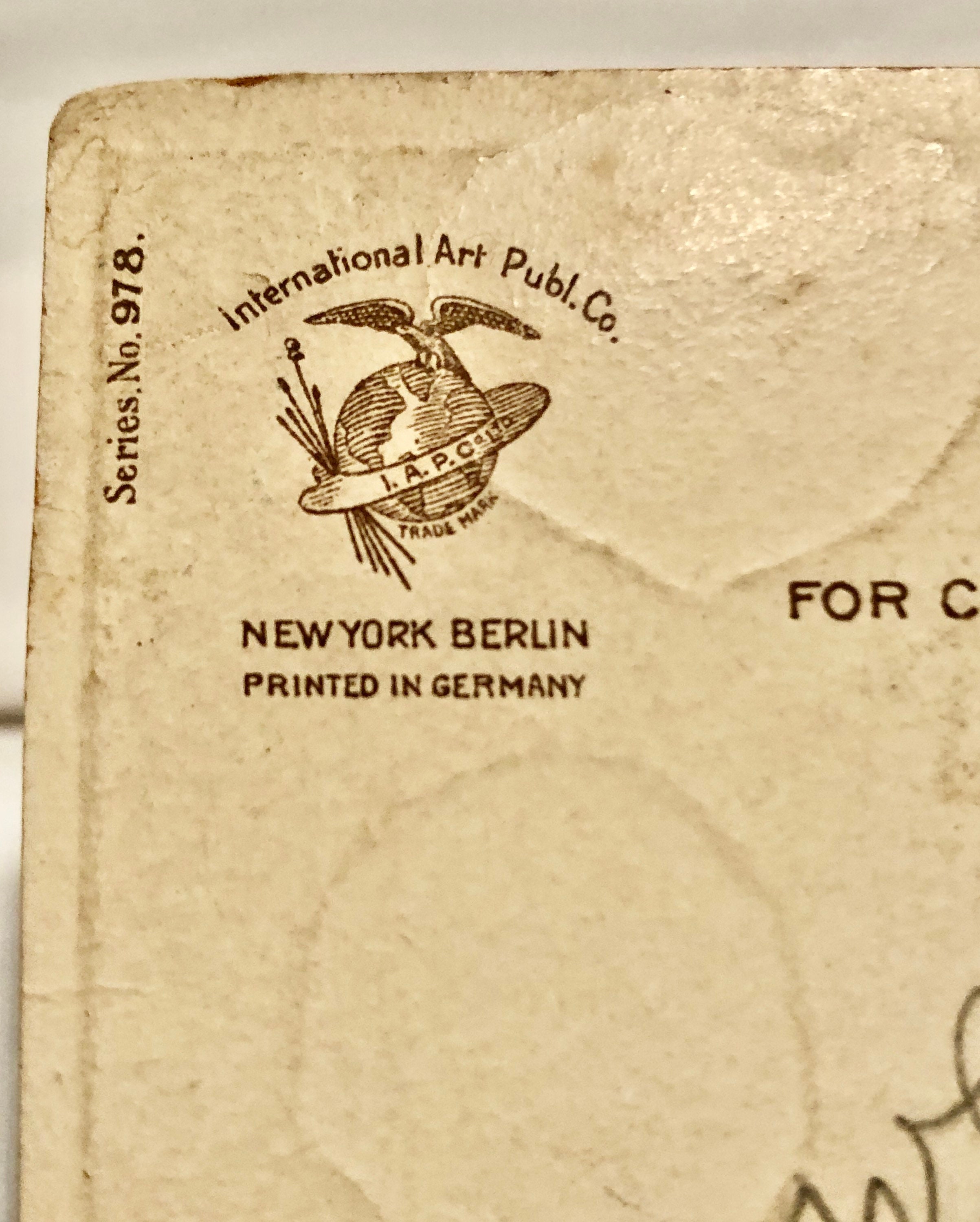 This vintage Halloween postcard was designed by Ellen Clapsaddle. Series 978 , Circa 1900's
It depicts plump little chestnuts professing in varying stages of feelings...uncertainty, hope, despair, happy ever after.
In Victorian times Halloween was a time of fortune telling and casting spells regarding love date and future.

This card is in beautiful condition- colorful and lively.
No bends, rips or tears. Mild rubbing on corners
The back has not been postmarked and has a mere script to Ida Schneider From Evelyn