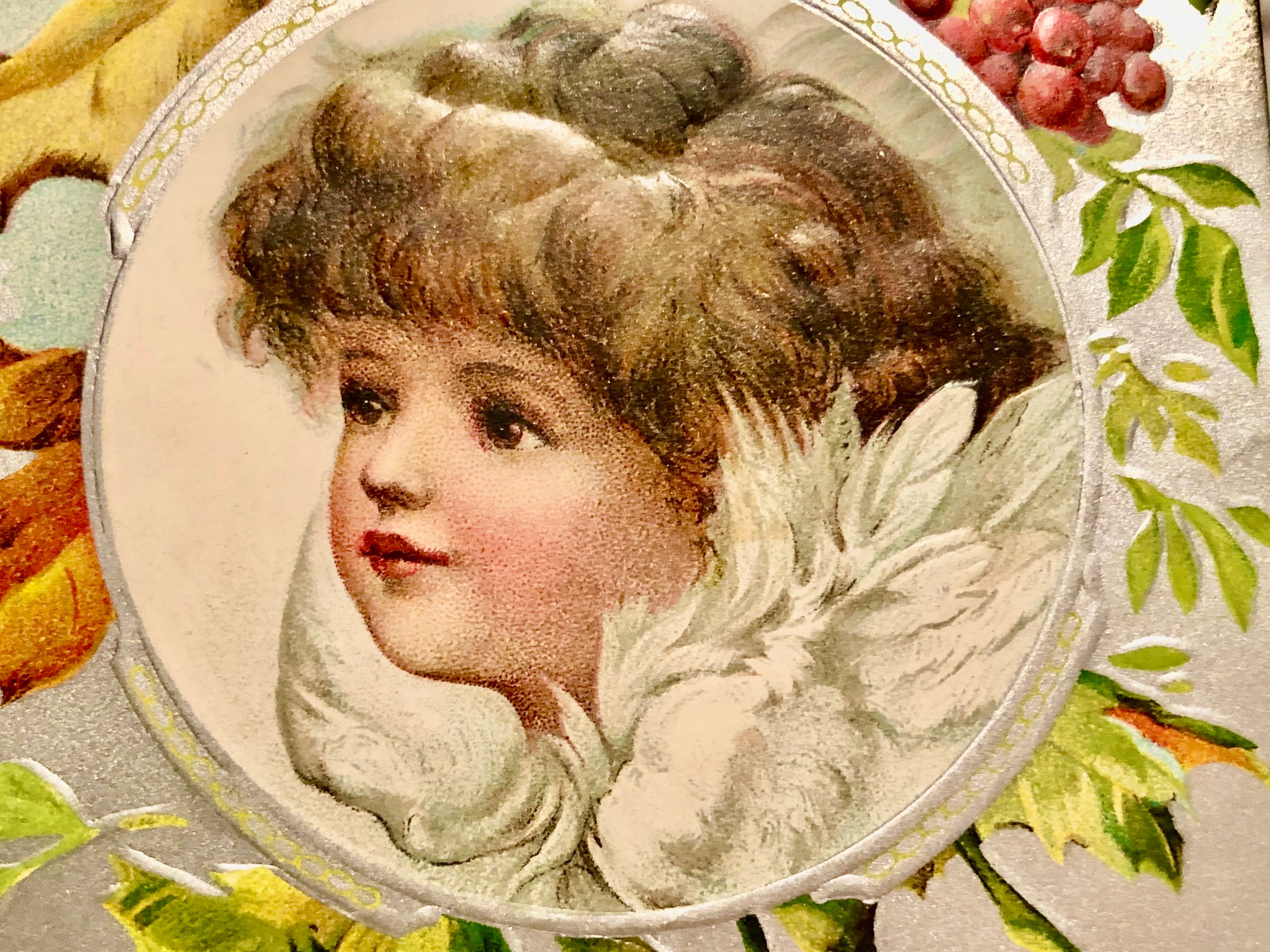 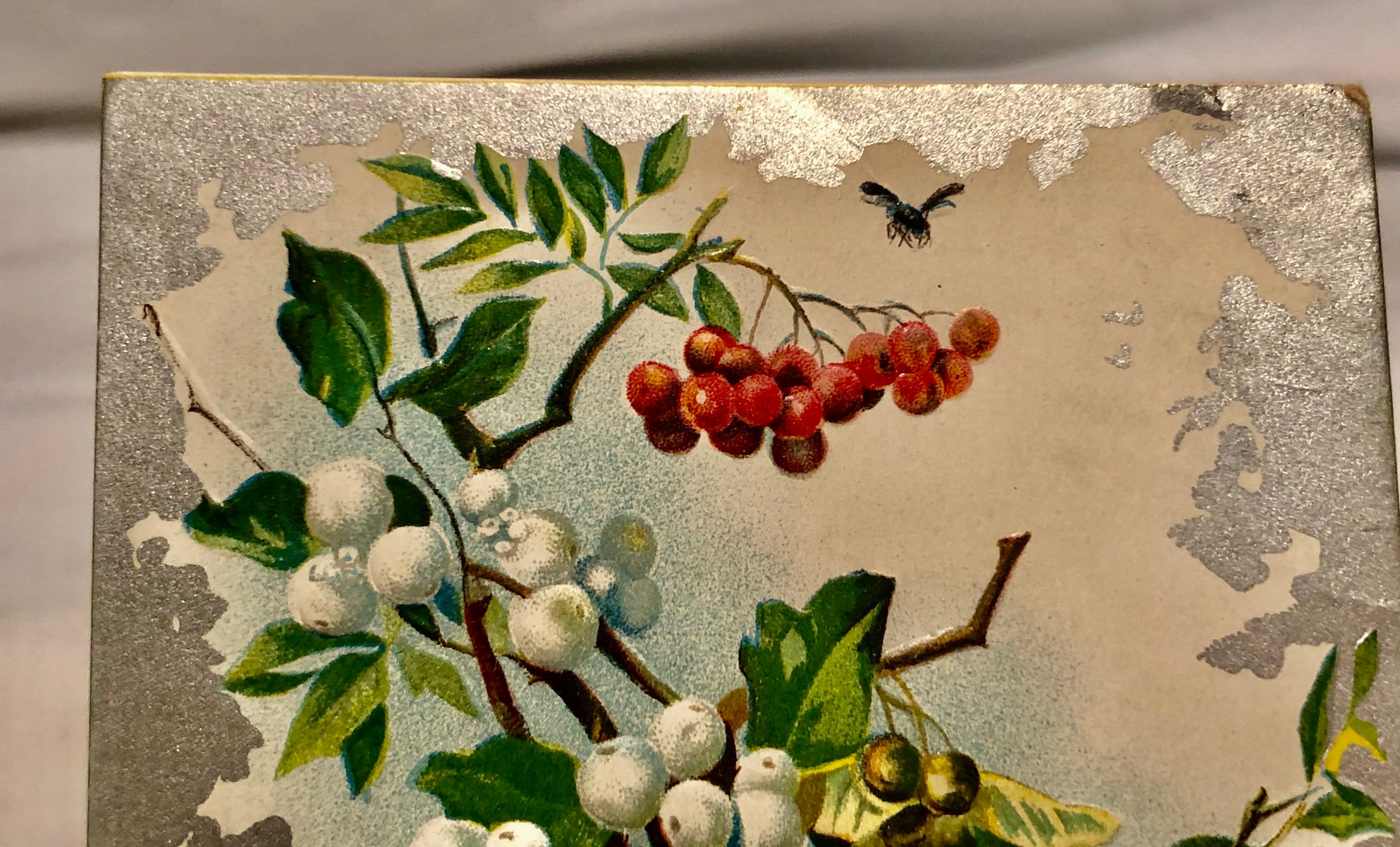 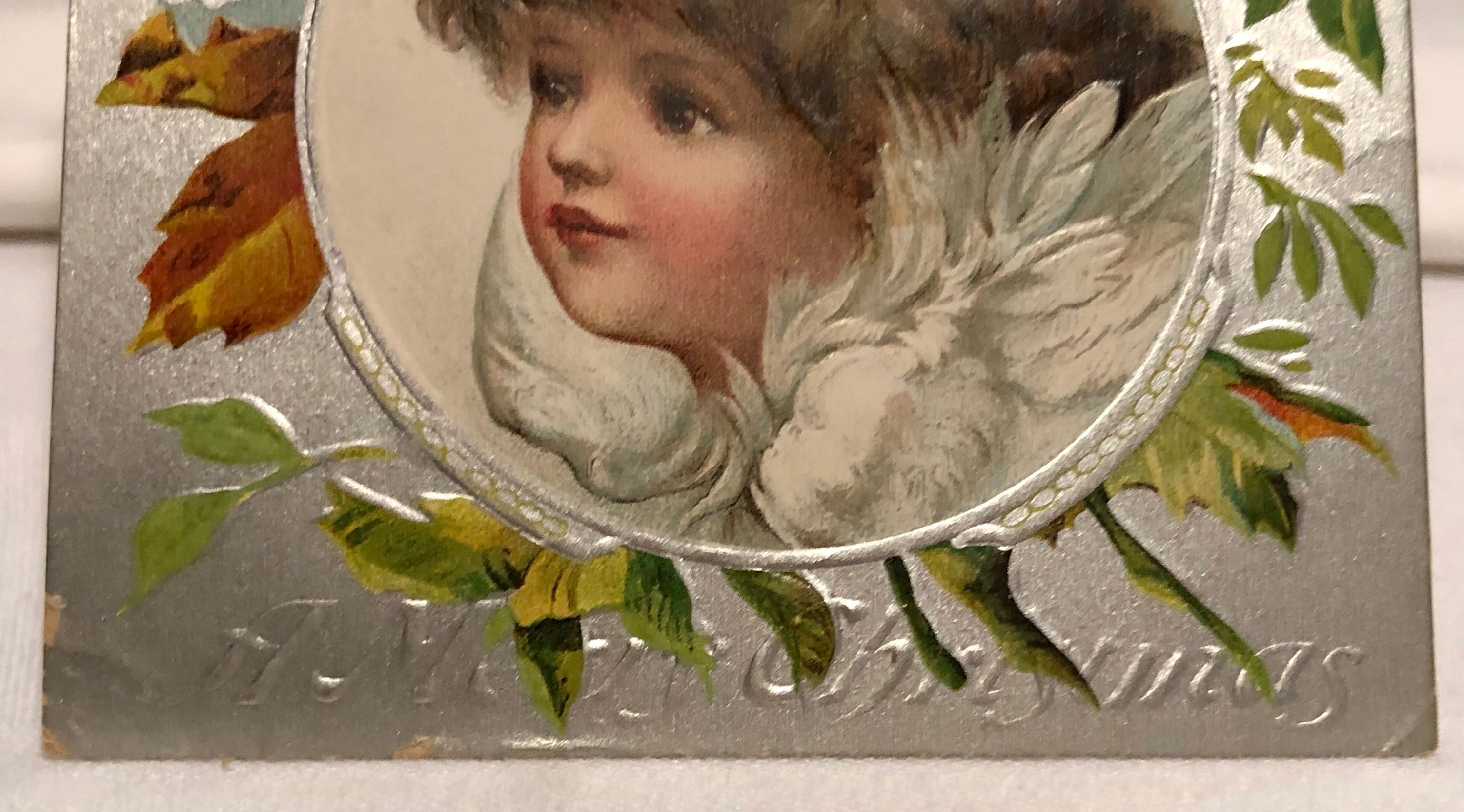 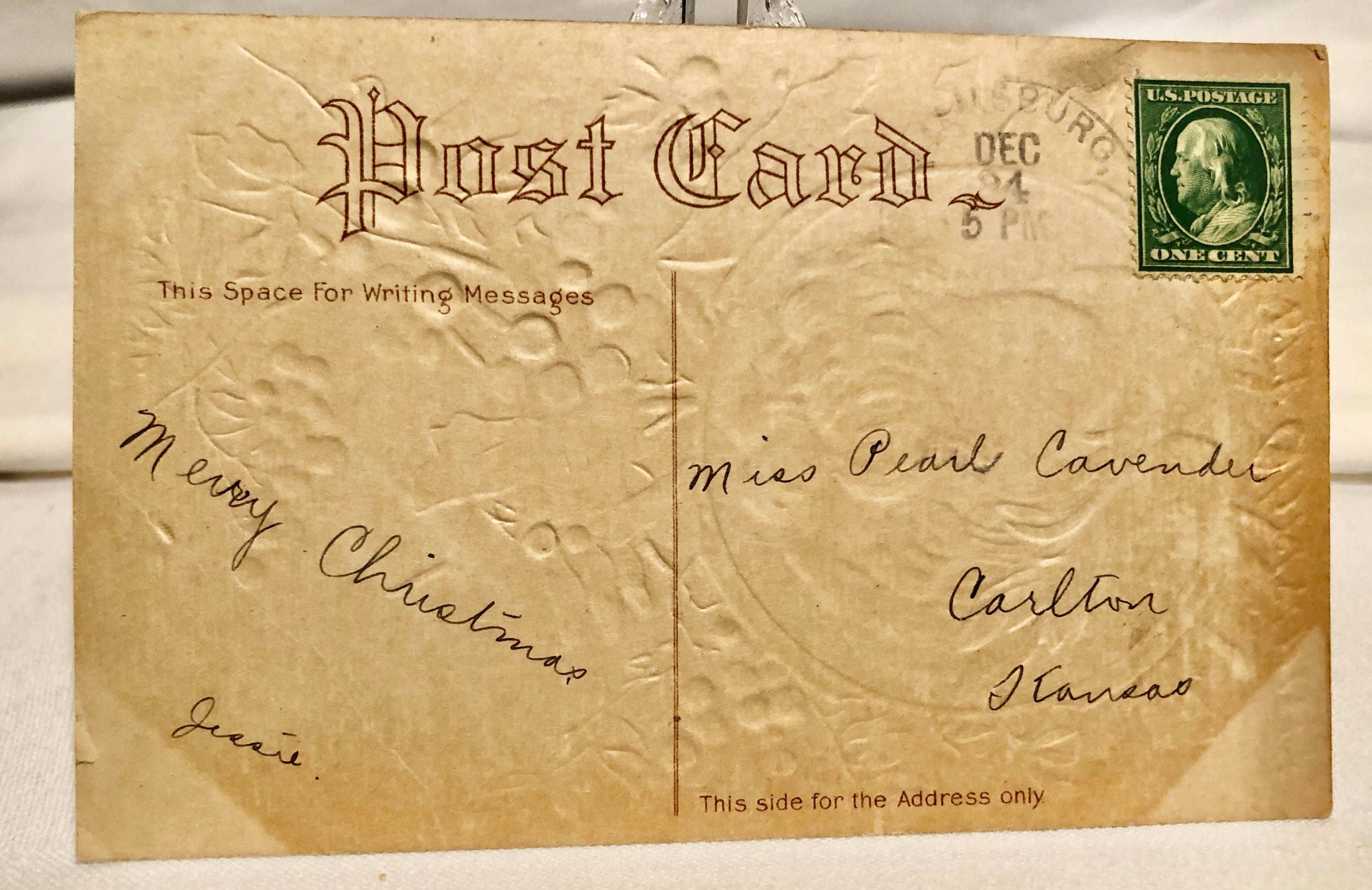 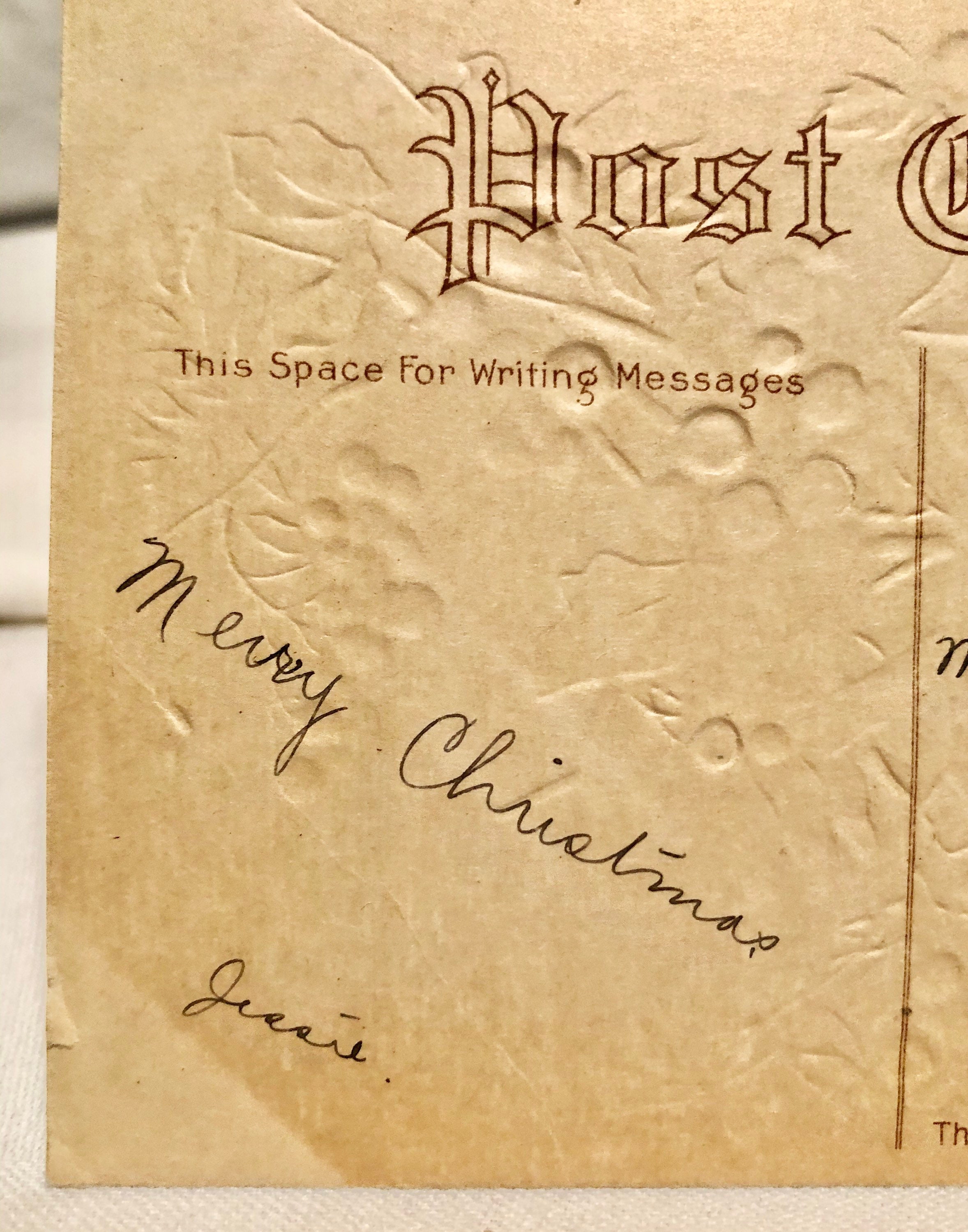 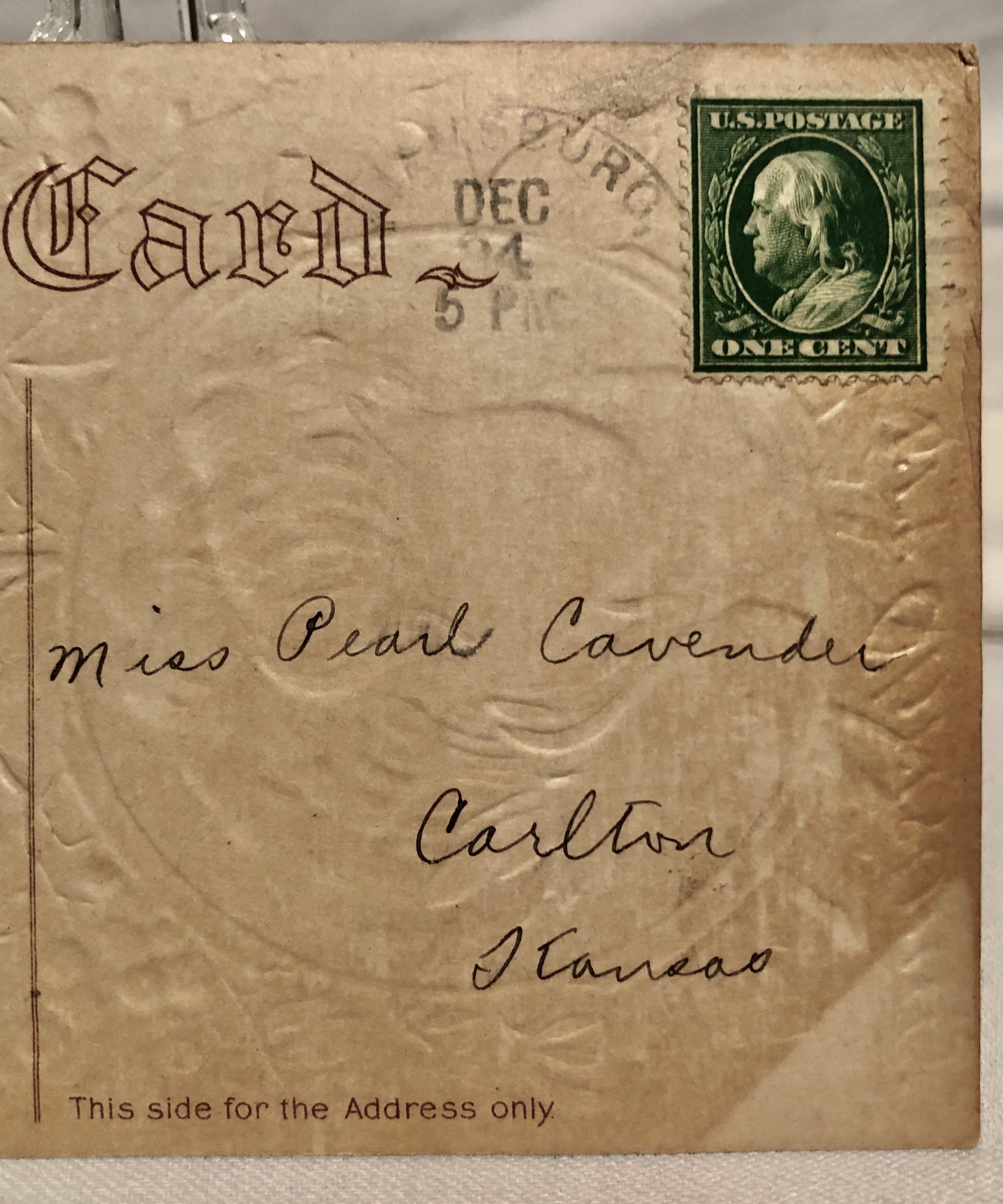 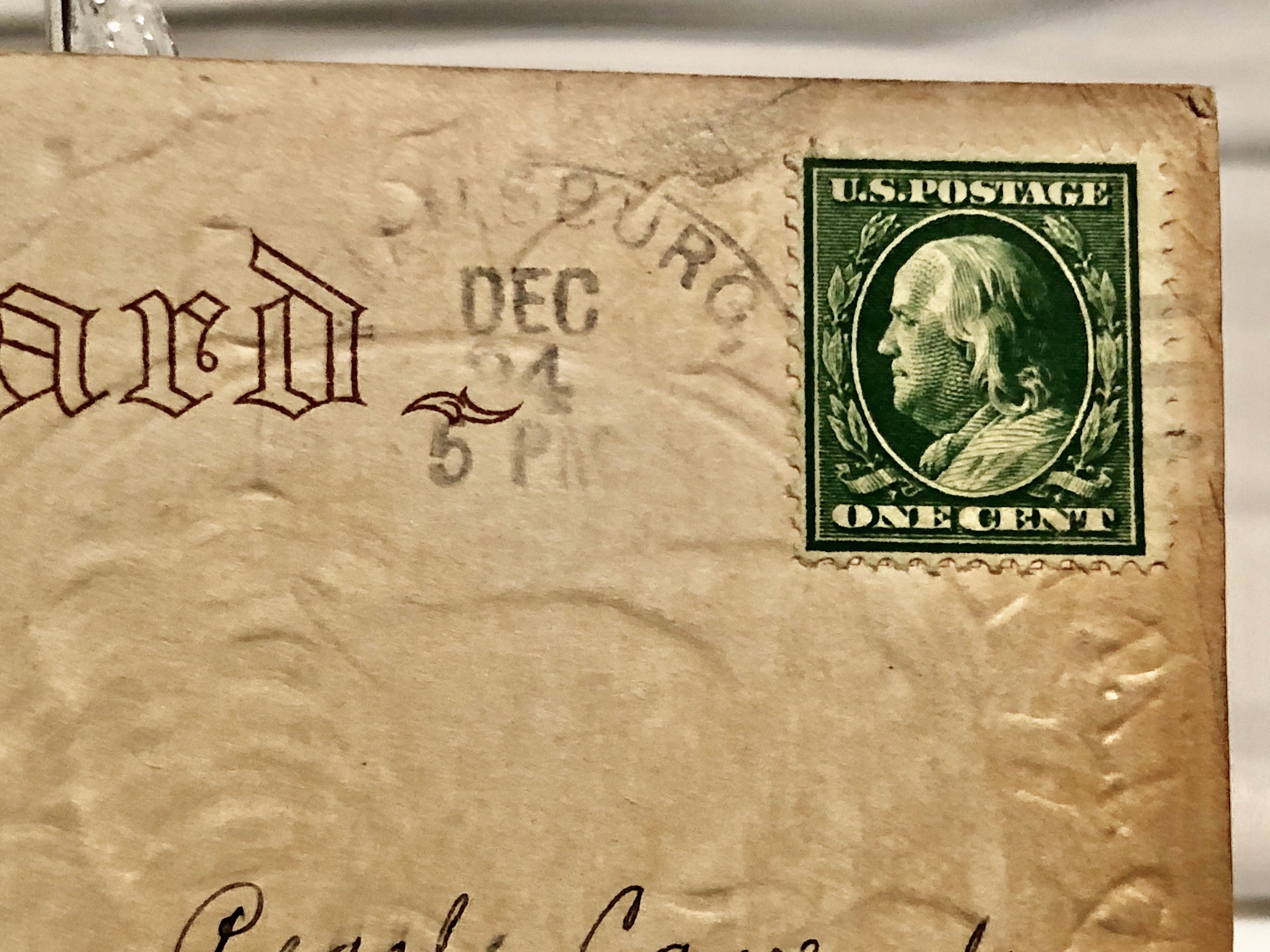 This vintage victorian postcard is decorated with a beautiful rosy cheeked angel, wrapped in white angel feathers. Holly berries and boughs surround her and the greetings 'A Merry Christmas'

There are no rips or tears, mild bend to lower corners