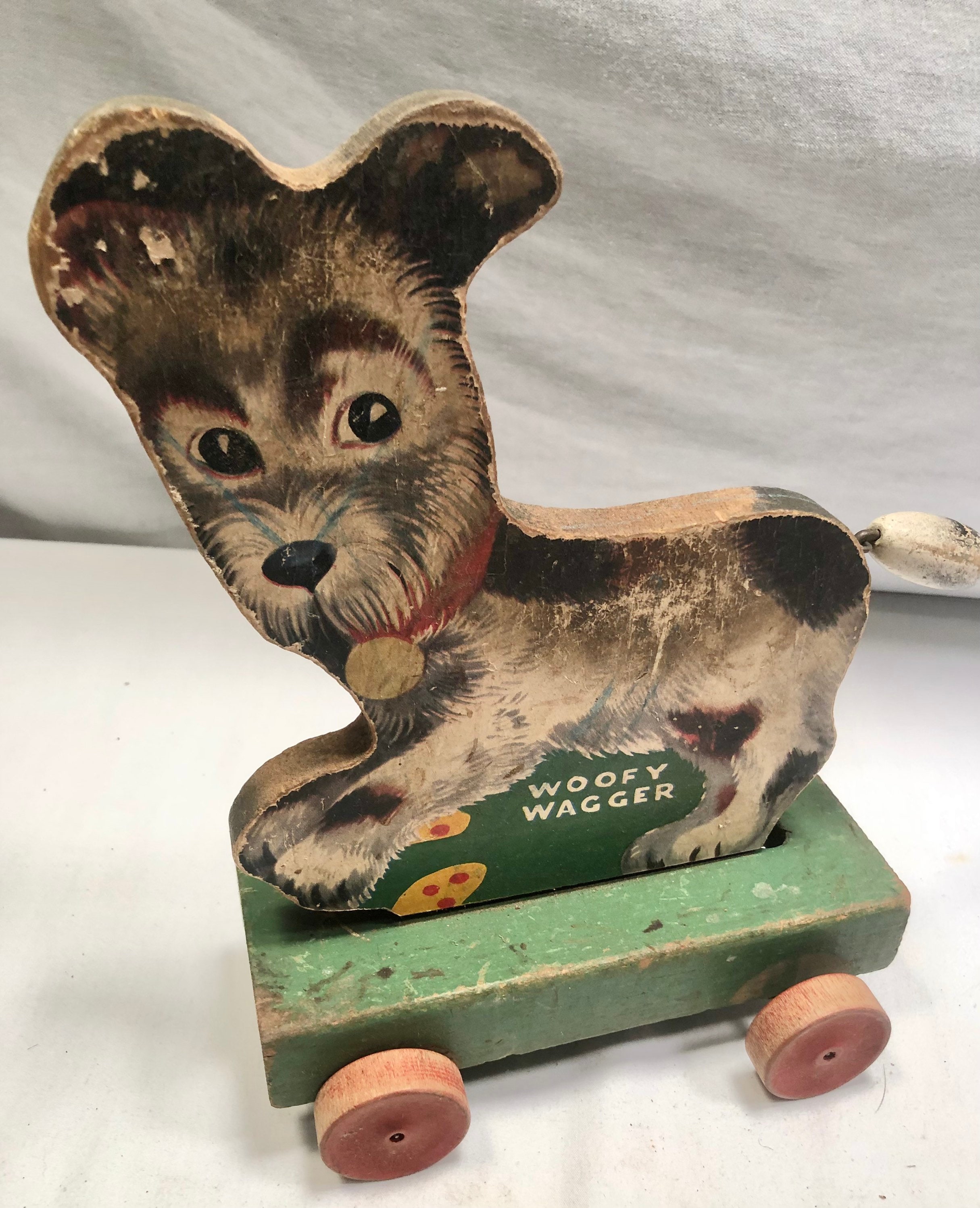 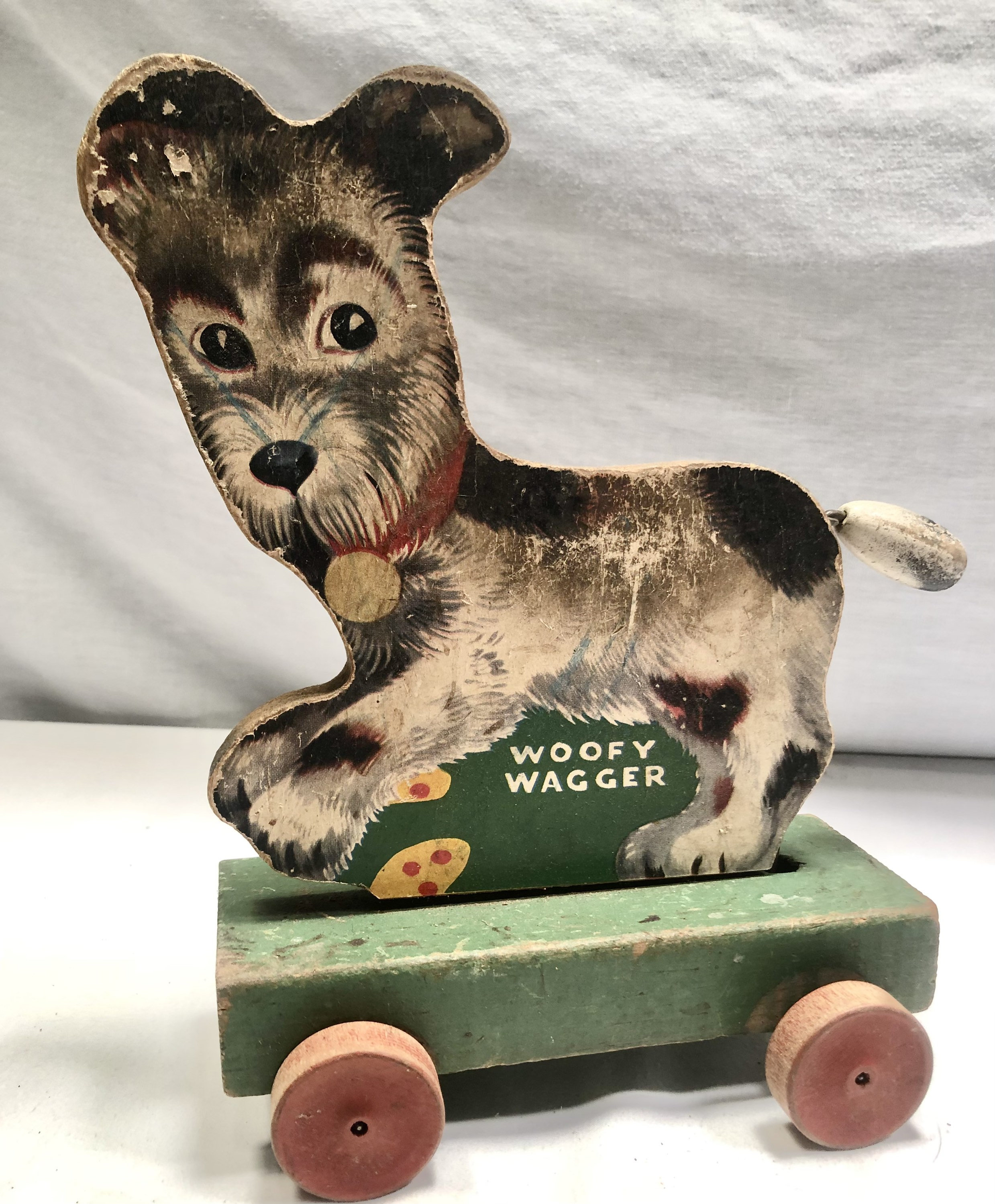 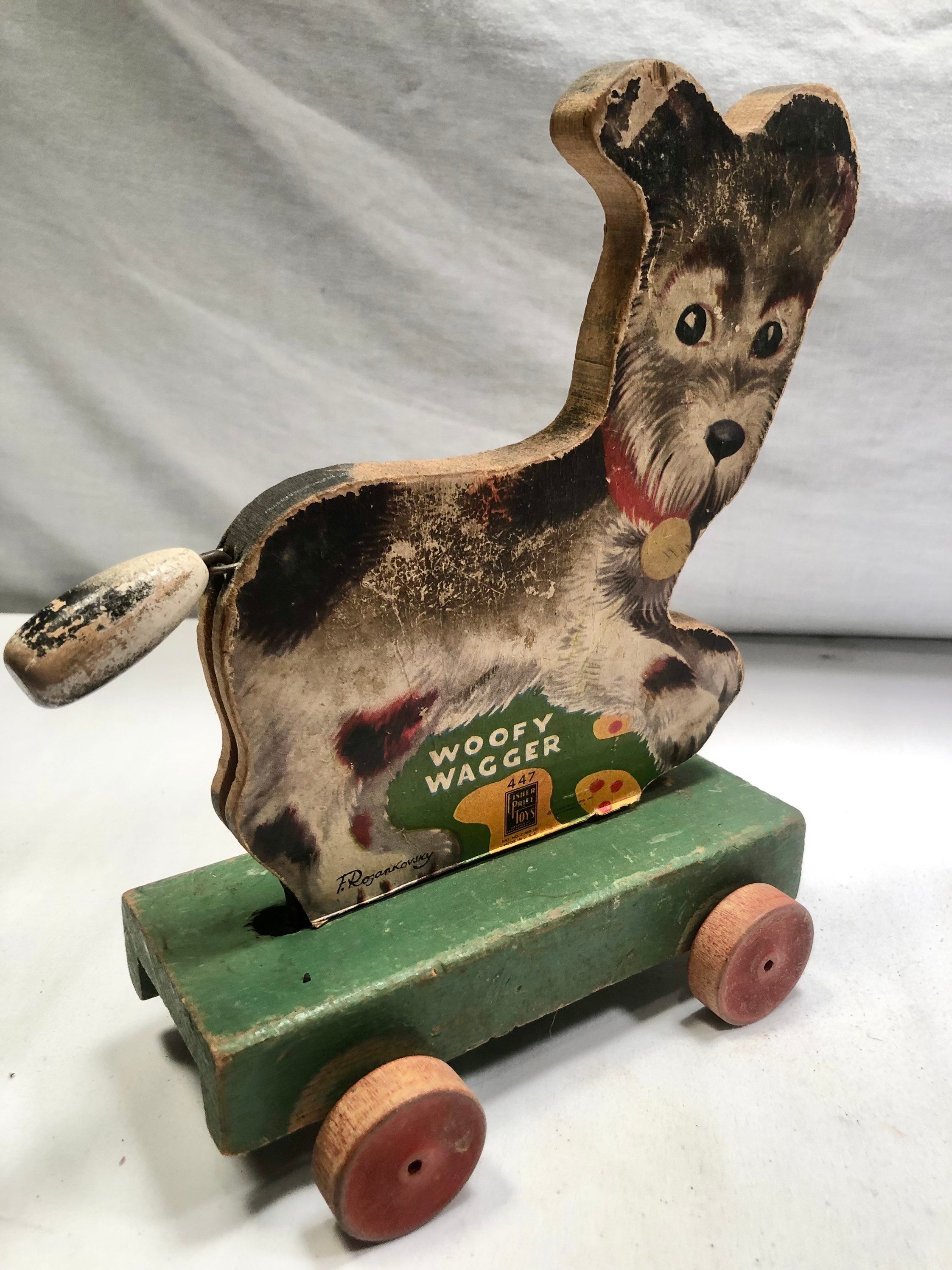 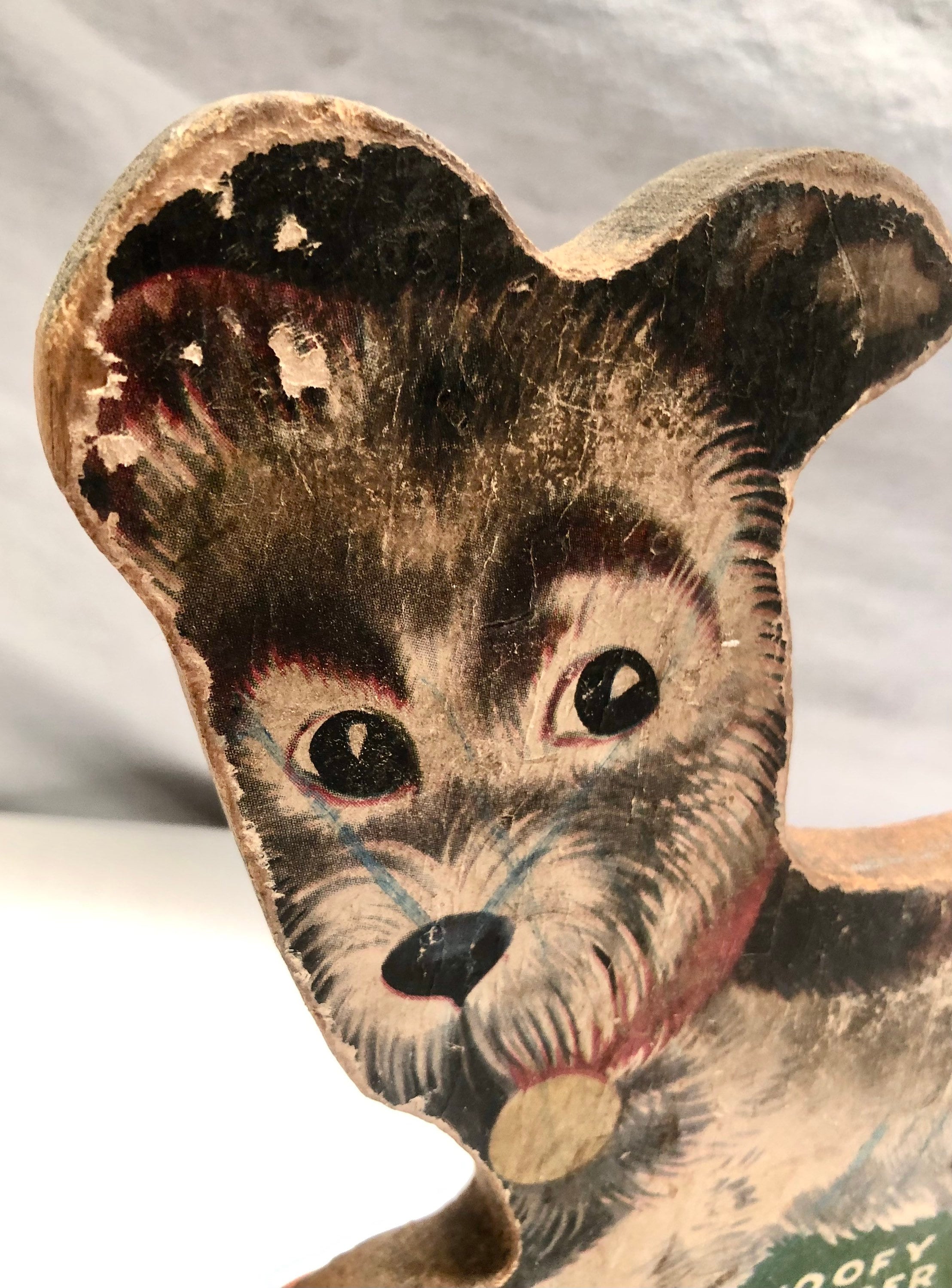 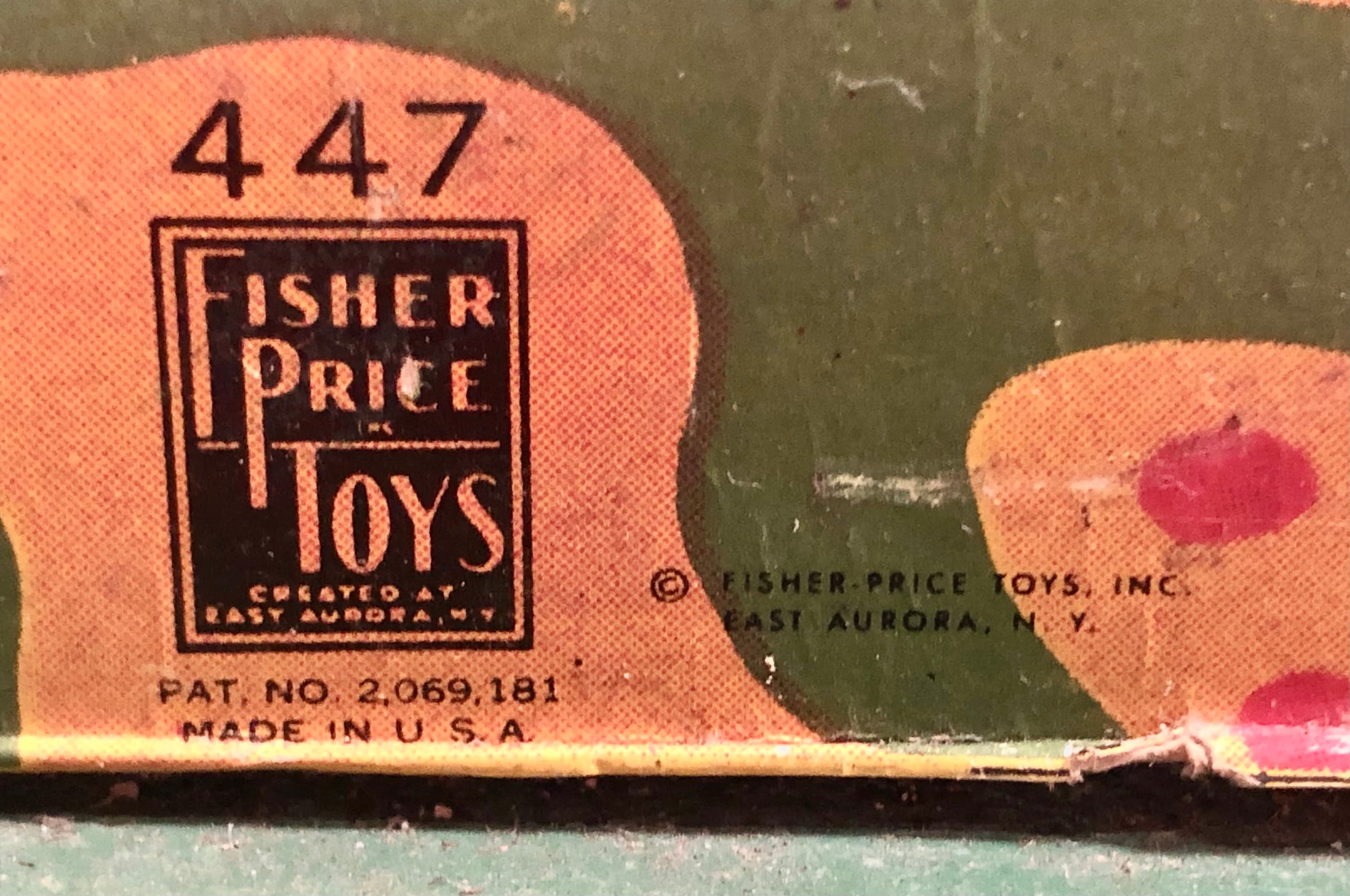 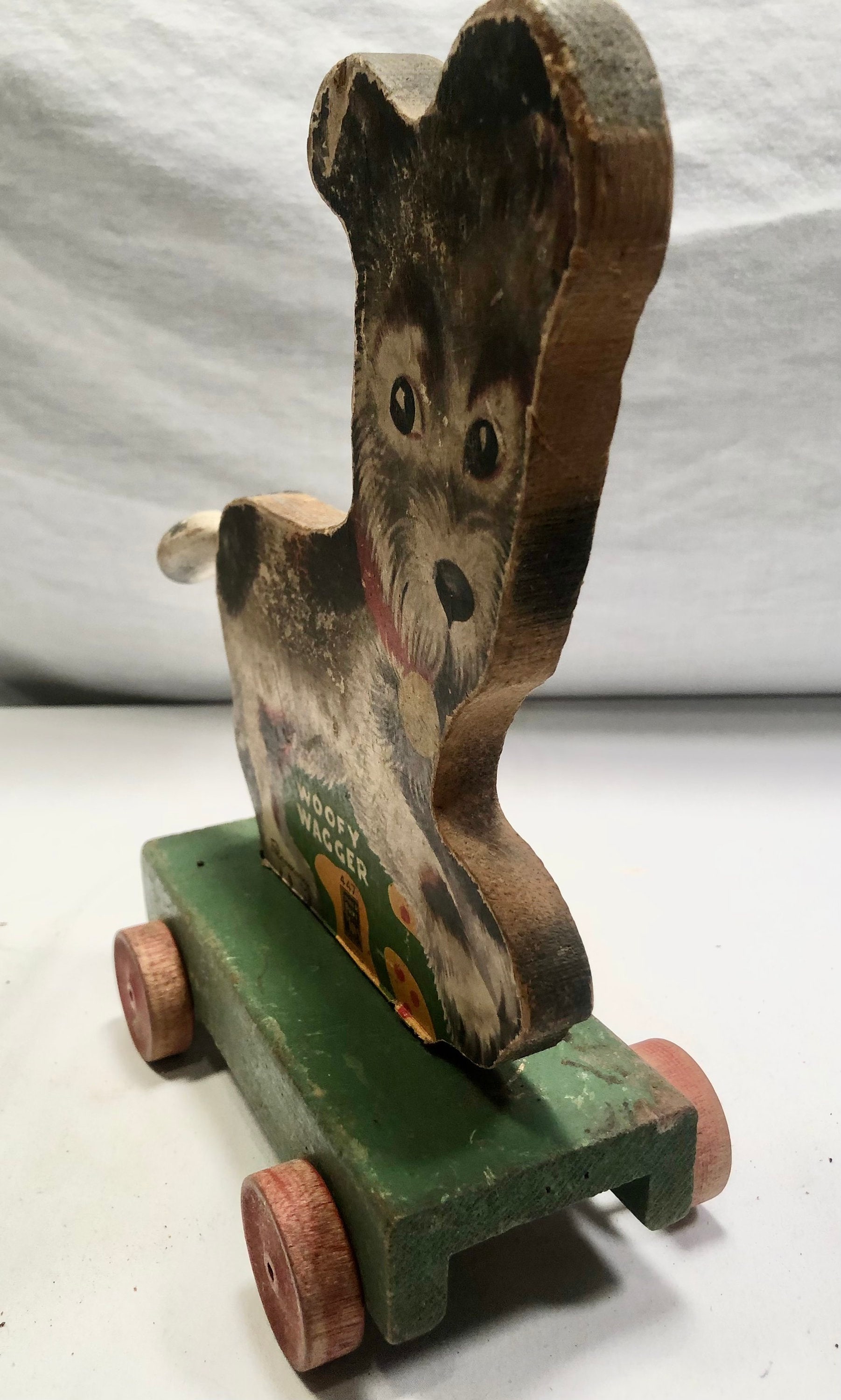 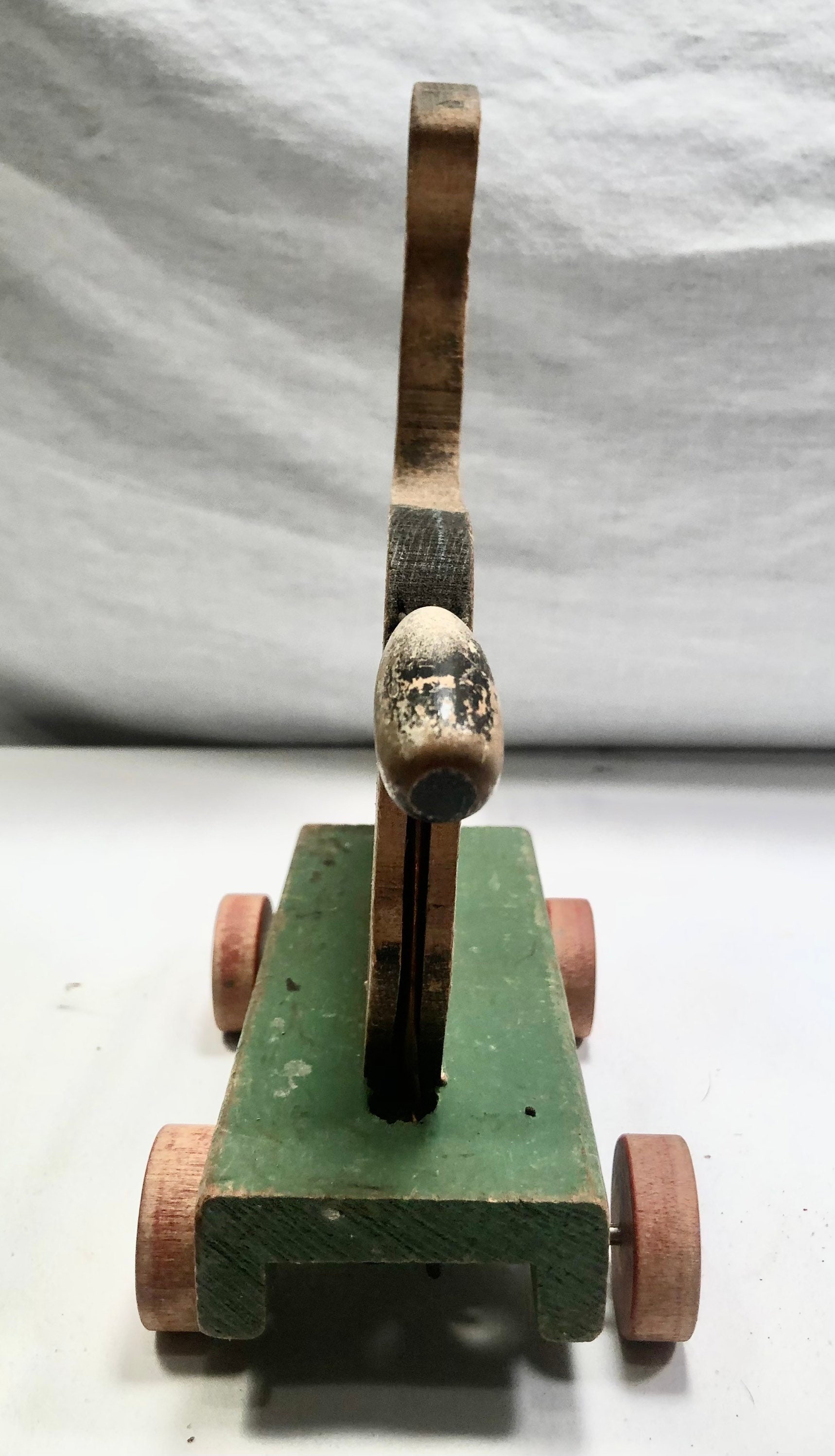 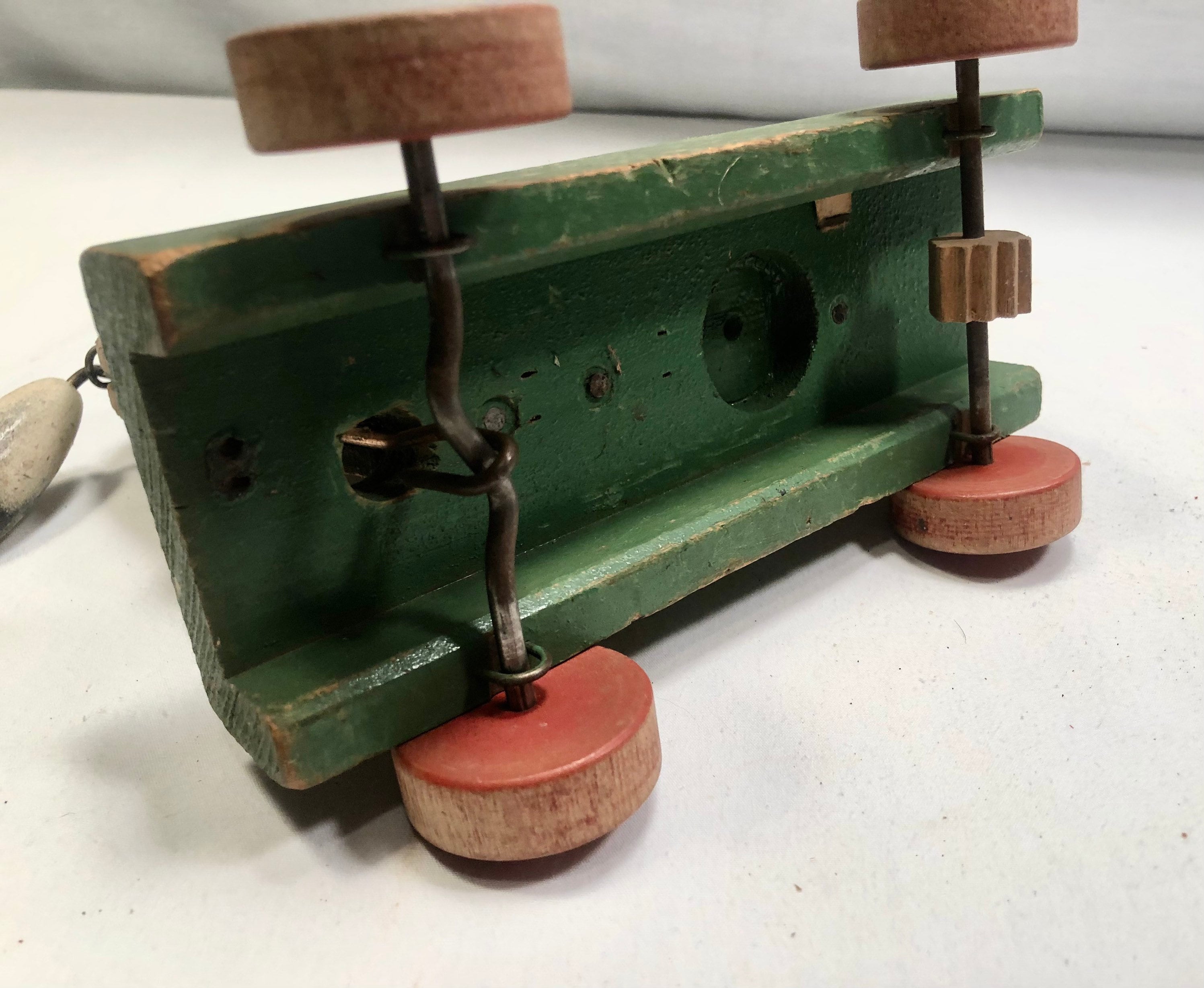 This vintage wooden pull toy is called The Woofy Wagger # 447 and was made by Fisher Price Toys in 1947.
When he was first made, he would wag his tail and "woof-woof" as he moved forward.
Unfortunately, the string is no longer present, and there is no sound (other than squeaking wheels!). But his tail does still wag!

The toy is made of wood, paper, and metal fasteners. The spotted pup has bright eyes, and a red collar with a golden tag. One side of the toy has the artist's signature (F. Rojankovsky) as well as the old Fisher Price Toys mark with a patent no.
On a side note, Feodor Rojankovsky emigrated from Russia to the US in 1941. He was famous for his illustrations in children's books, over a 100 books - most were Golden Books. In 1956, he was awarded the Caldecott Medal for best childrens book illustrations for the book Frog Went A-Courtin'. But, in addition to his work illustrating childrens literature, he was also quite famous as an illustrator of erotic art.

There are some condition issues due to use and age. The cord is missing. He does not woof. The wood on one of his ears is scratched. The paper image is worn on the edges
The wheels roll smoothly