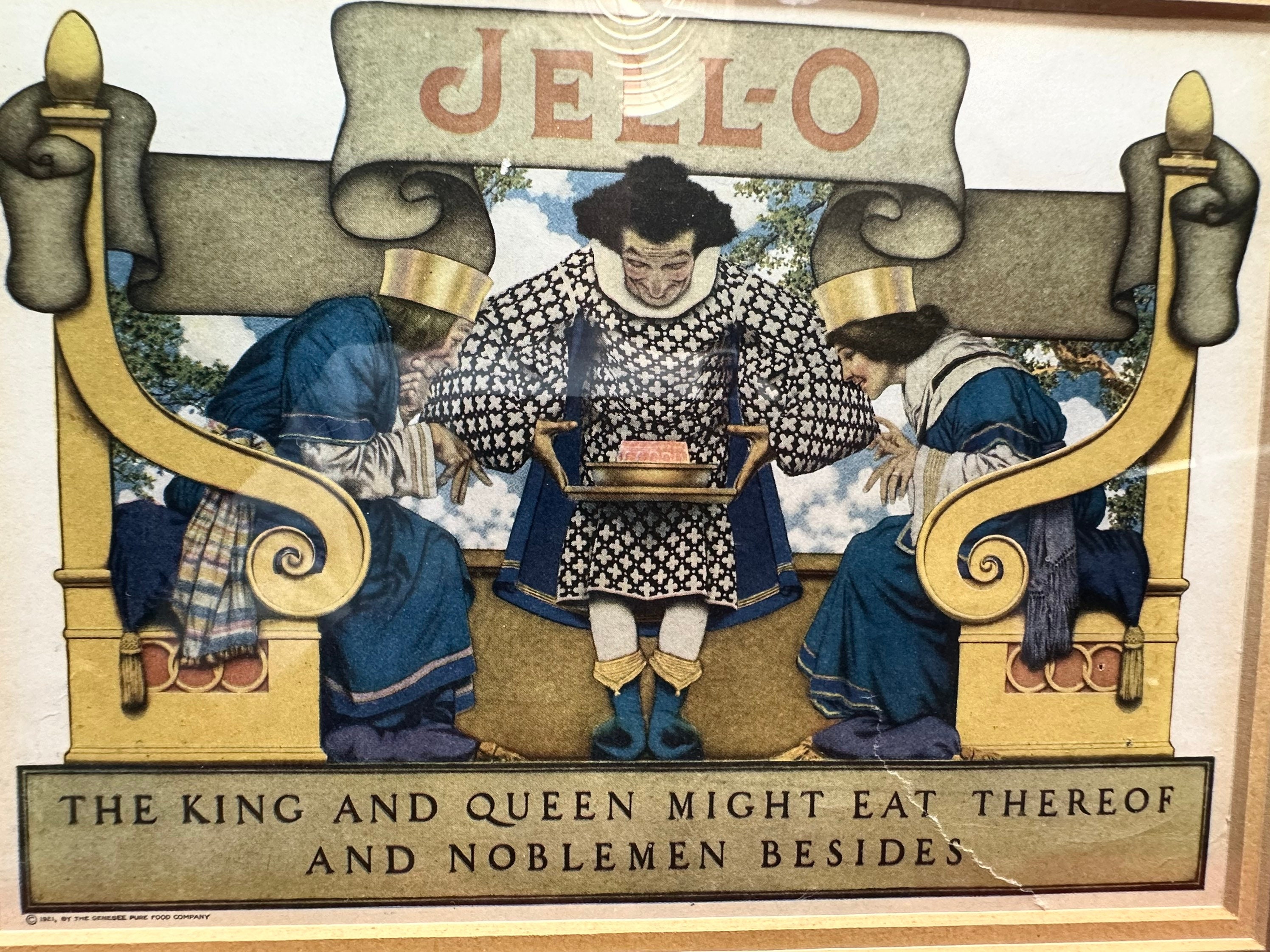 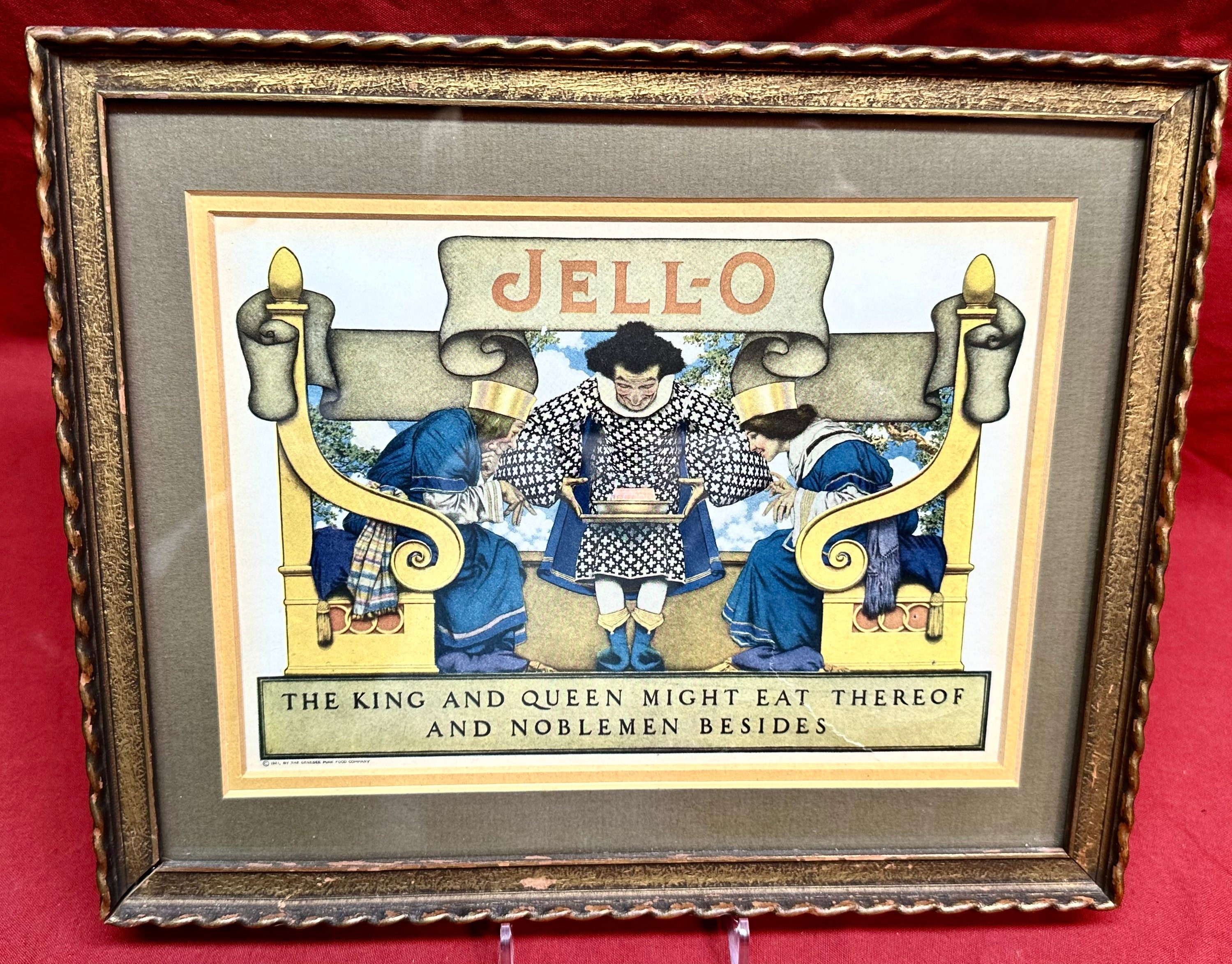 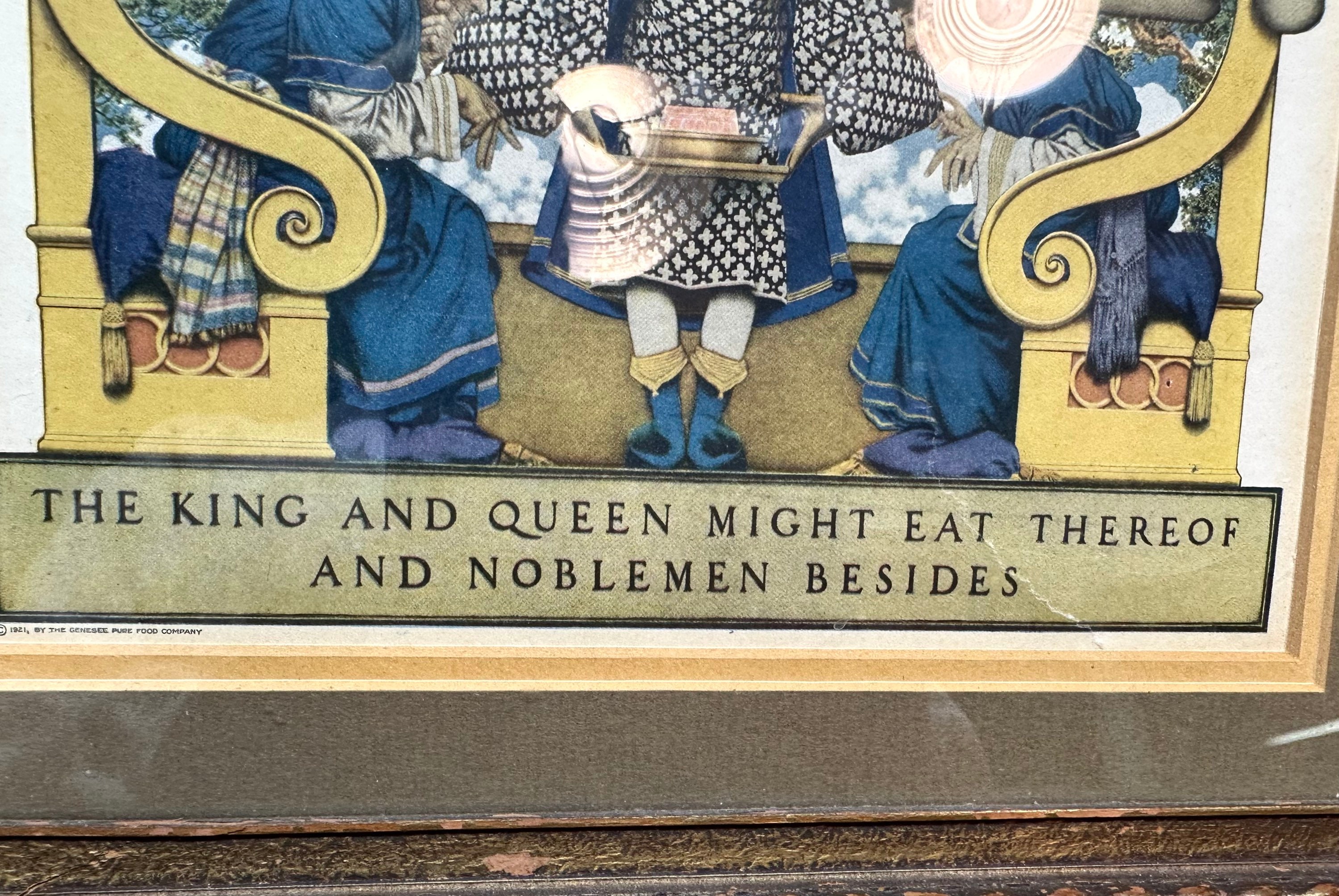 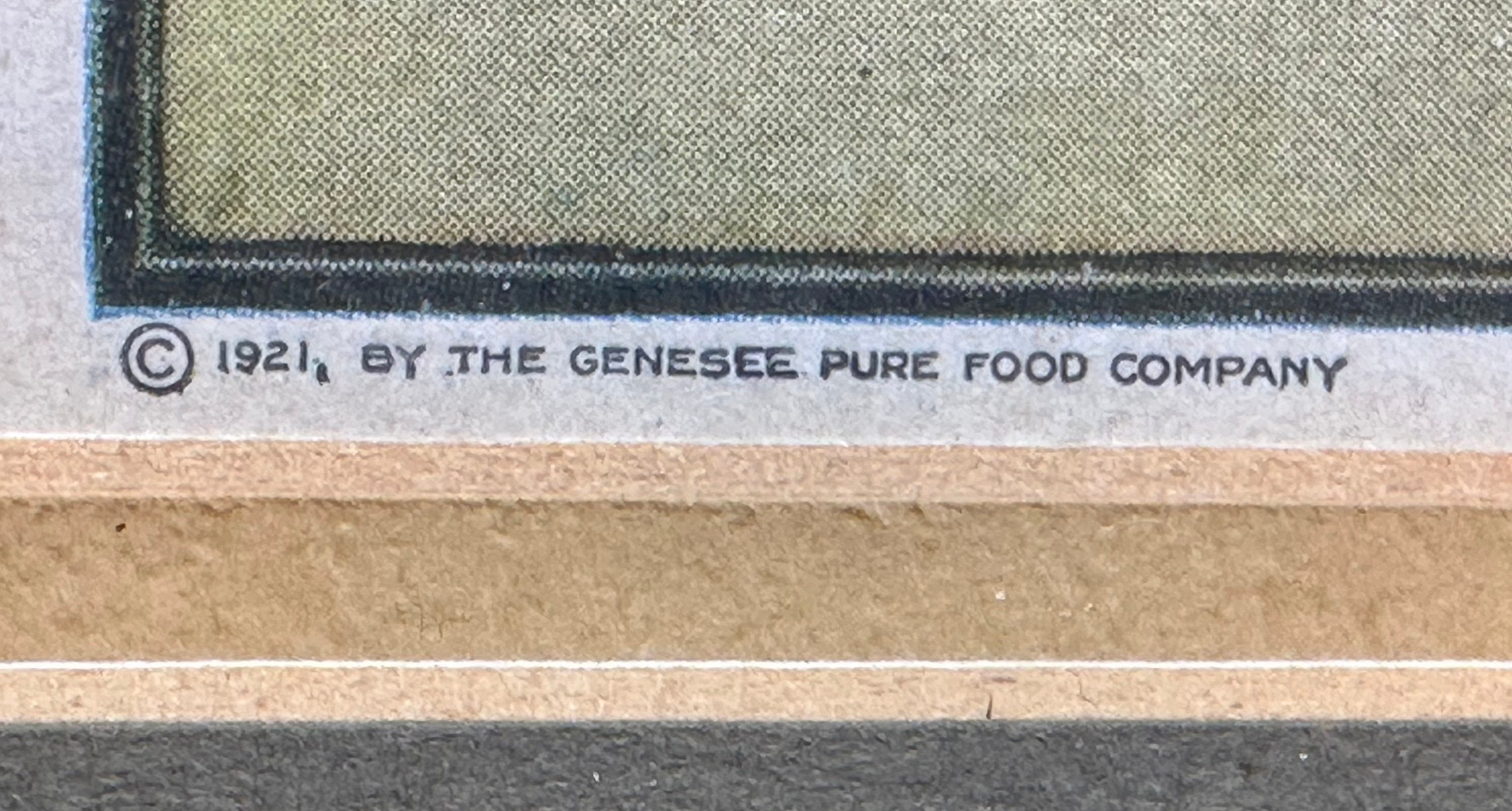 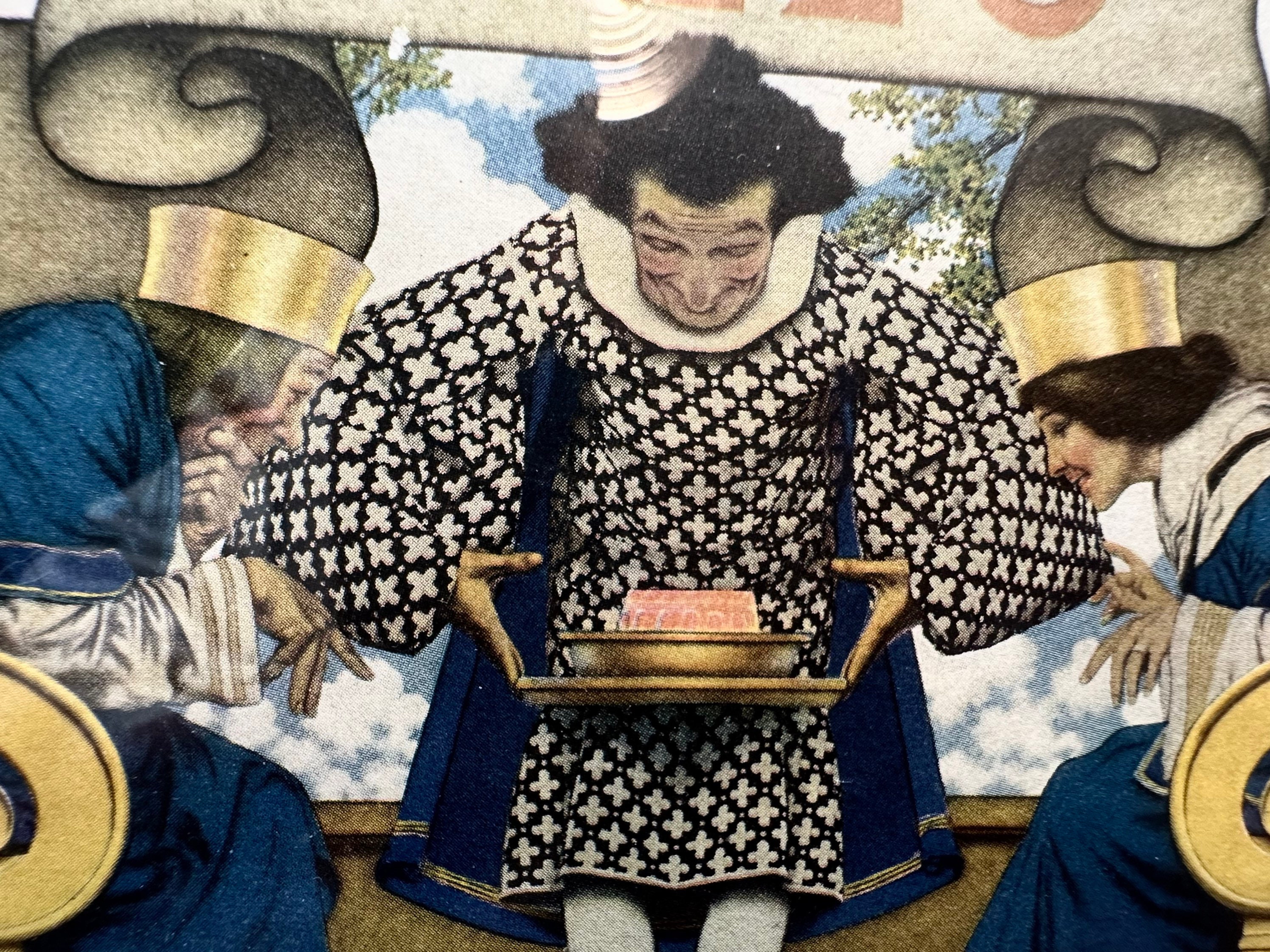 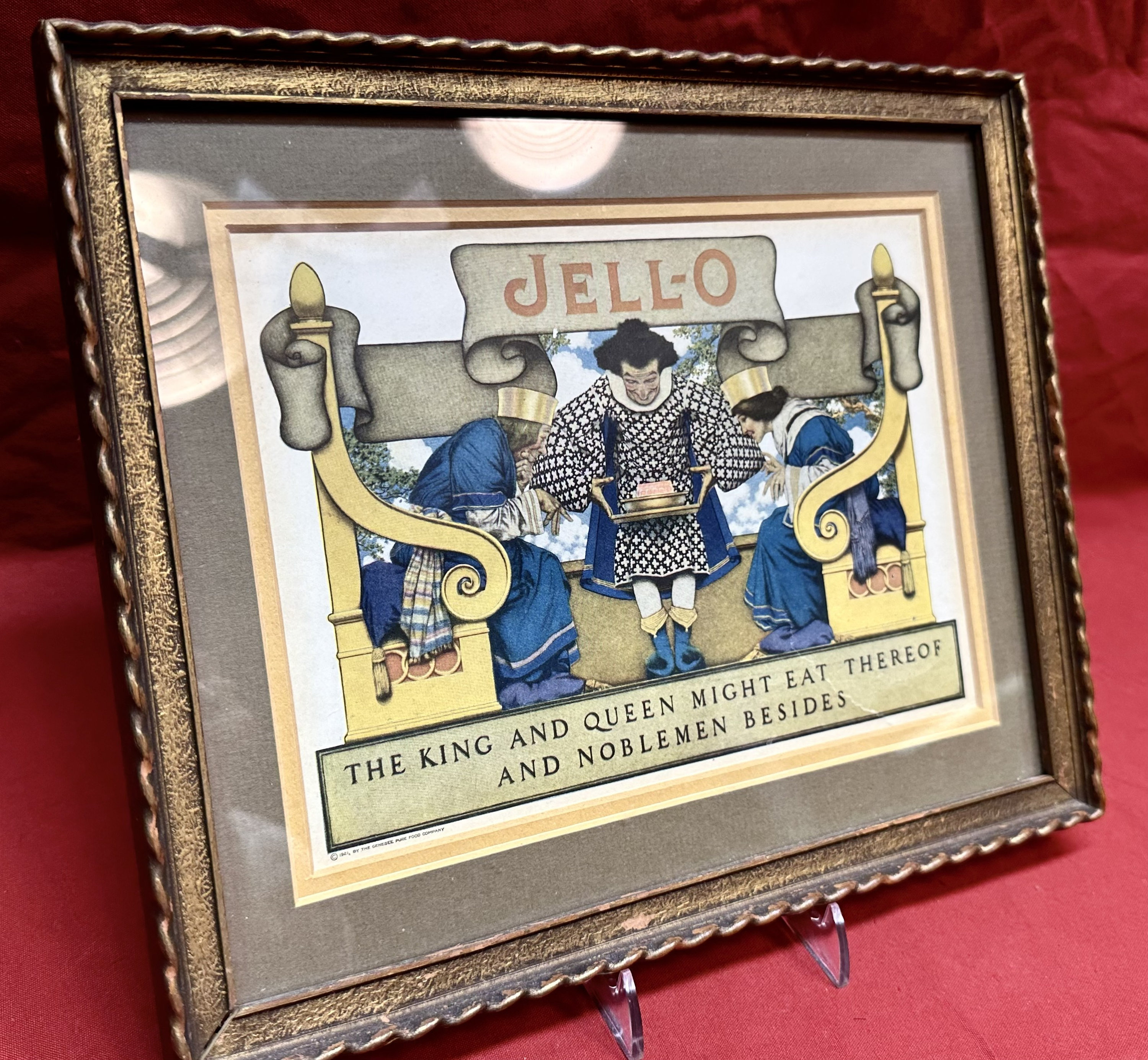 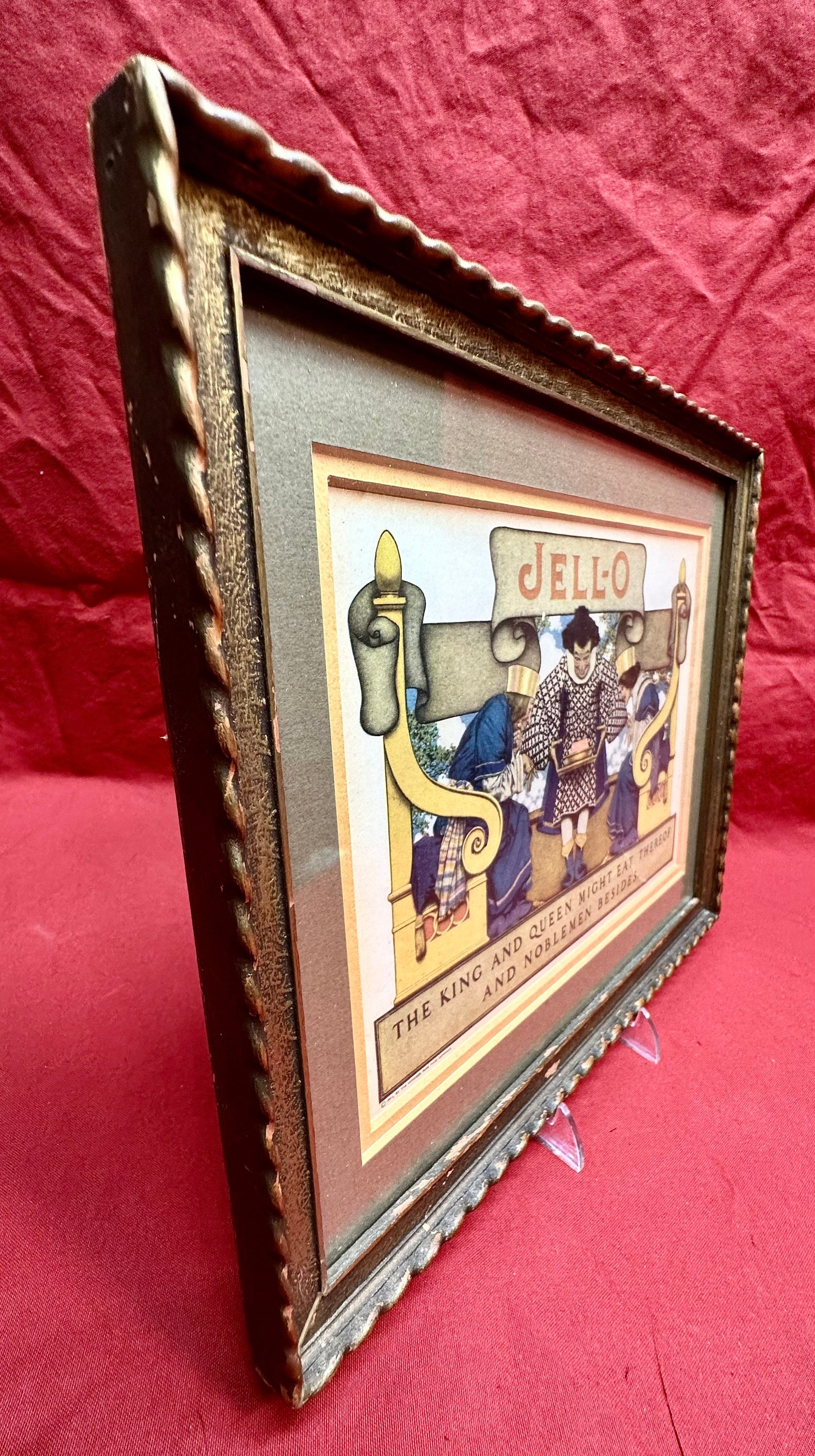 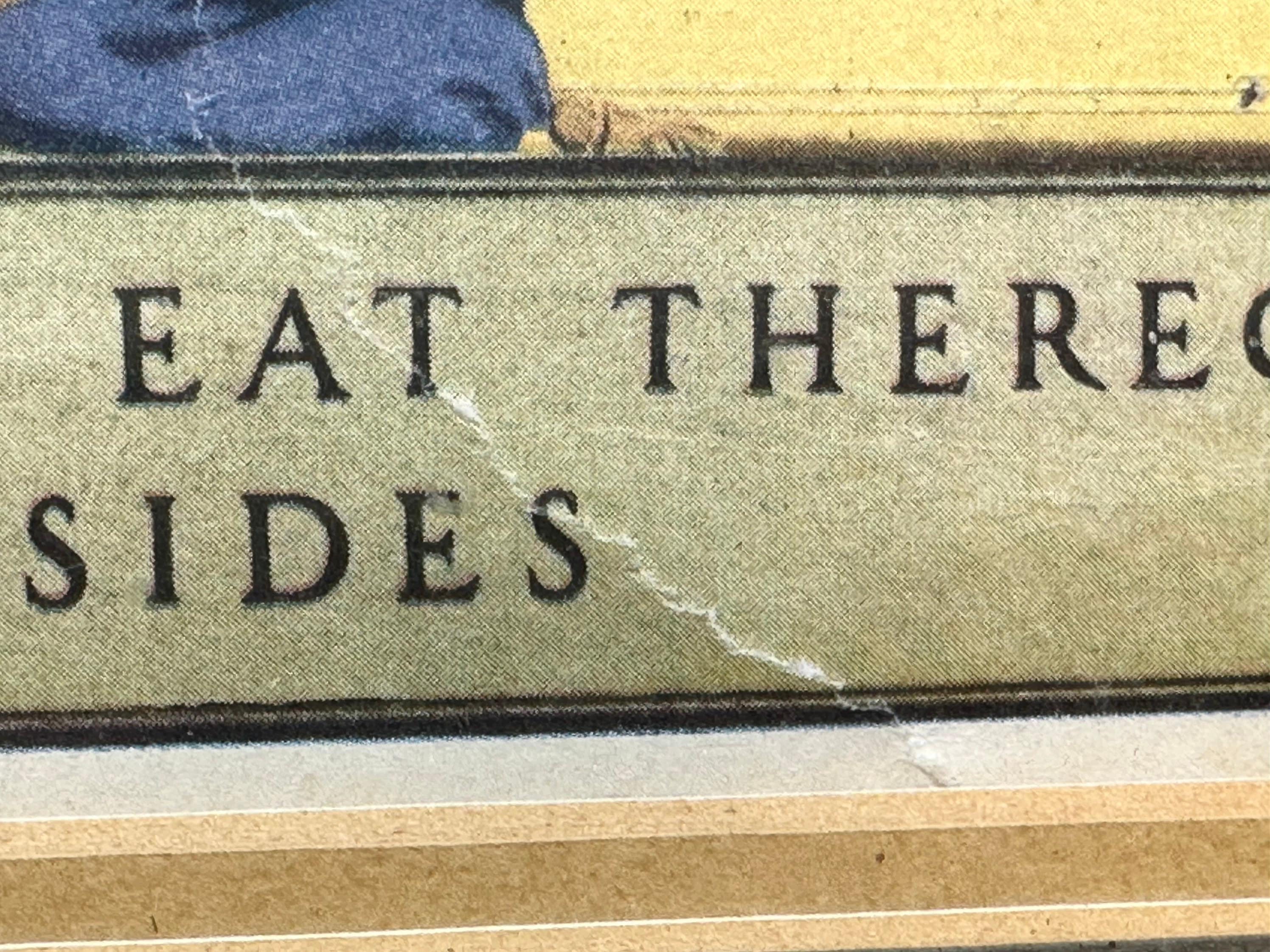 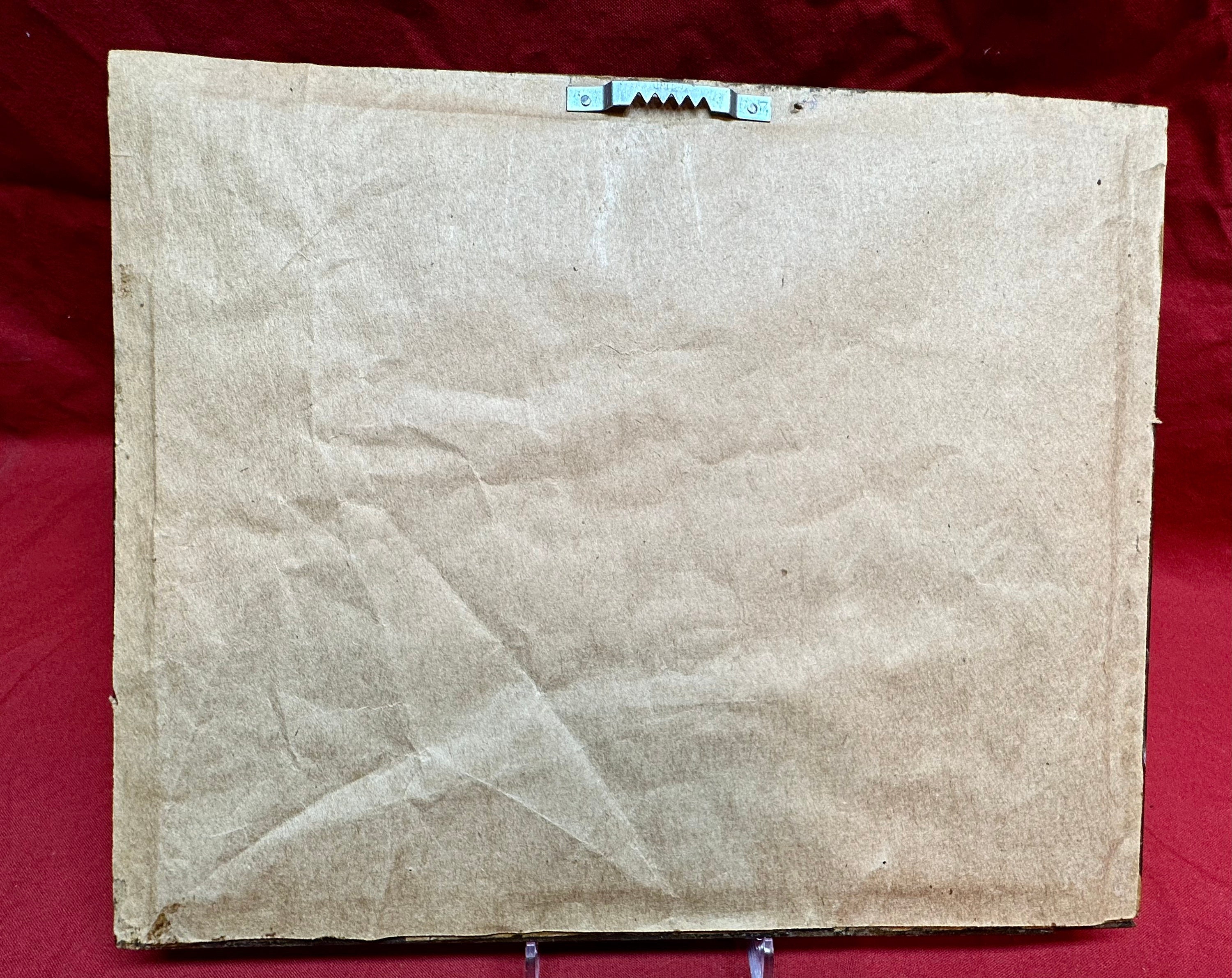 This is a wonderful vintage Jello advertisement from 1921 done by Maxfield Parrish.
It is titled 'The King and Queen Might Eat'
Some of Maxfield's most recognizable works are his advertisements for Jello.

This particular work has been reproduced several times most reproductions of this work sold are from a 1970's poster book.
The poster books copy the art quite well, but do not include the copyright information.
This print has the statement "1921, by the Genesee pure food company" which marks this as a genuine 1921 print.
The frame appears period appropriate but was not framed in 1921 ,seems to be a semi modern frame
Framed this print is 11 x 9. The print has a small tear that can be seen in the pictures.

Maxfield Parrish was born in 1870 and passed away in 1966. He is one of America's best known artists and illustrators, his name recognition rivals that of Norman Rockwell. He is and was so popular of an artist that in the 1930's it is estimated that nearly half of the households in America had some form of his work. Even today his work is highly collectable with some calendars and books selling for thousands, and his paintings often for millions.

He was born with the name Frederick Parrish, he added Maxfield, the maiden name of his paternal grandmother, as a middle name, using it professionally as his "first" name.

His father was an well known engraver and landscaper artist. After years of instruction under his father he attended Haverford College and the Pennsylvania Academy of Fine Arts. In 1897, he received a commission to illustrate L. Frank Baum's "Mother Goose in Prose." From this point his career skyrocketed. By the 1910s, Parrish's work was found in the leading national magazines of the times. His work is featured in Colliers and Life, and in advertisements for Colgate, Edison-Mazda Lamps, Fisk Tires, Oneida Cutlery and more. This paid well, and brought him great renown however he became bored with illustration and his hand to turned to painting. In his early painting career he lived off the royalties from calendar, print and posters of his paintings, many of which were fantasy themed. In the early 1930s, Parrish switched to painting landscapes, declaring, according to the Associated Press, "I'm done with girls on rocks."