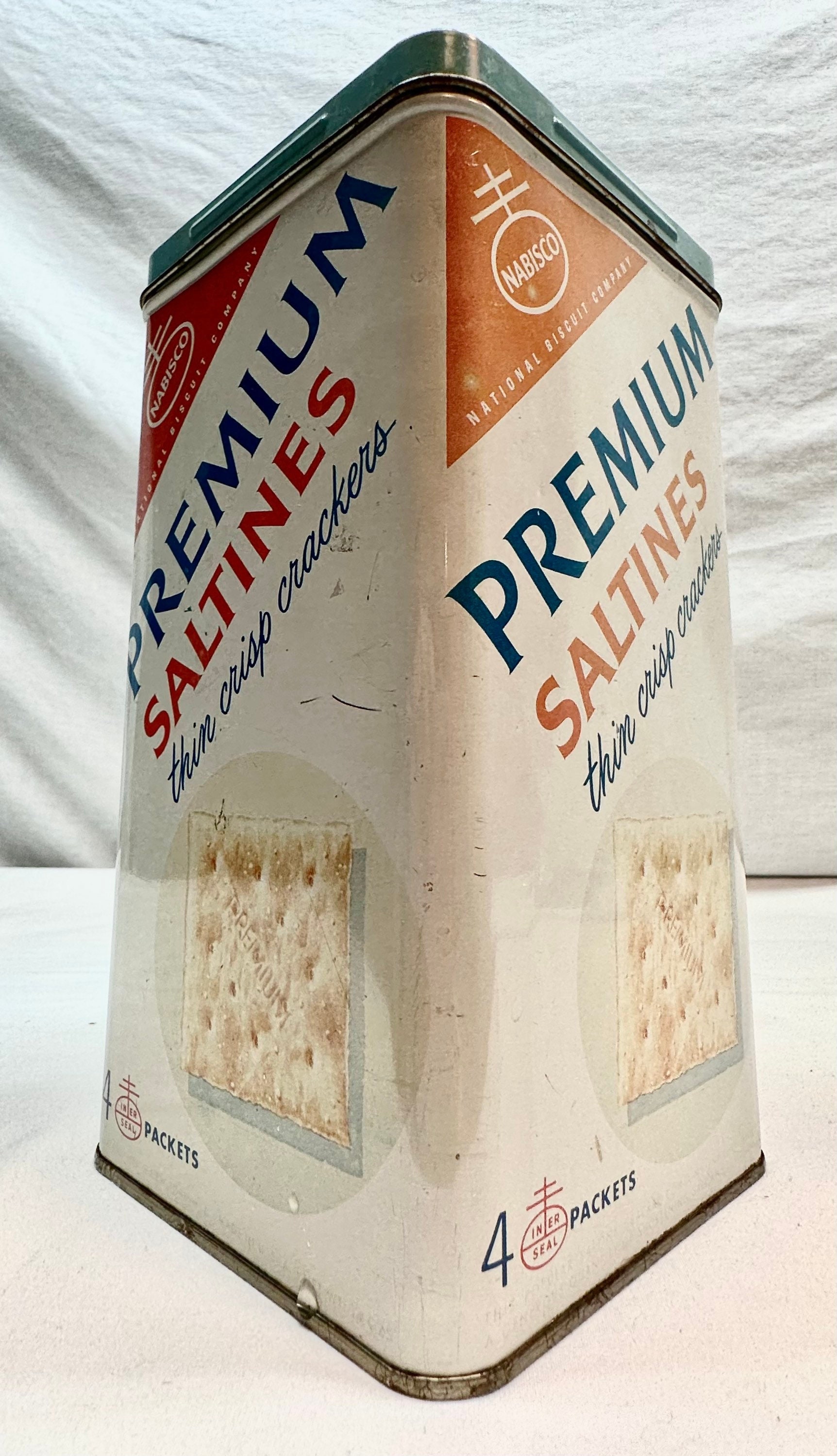 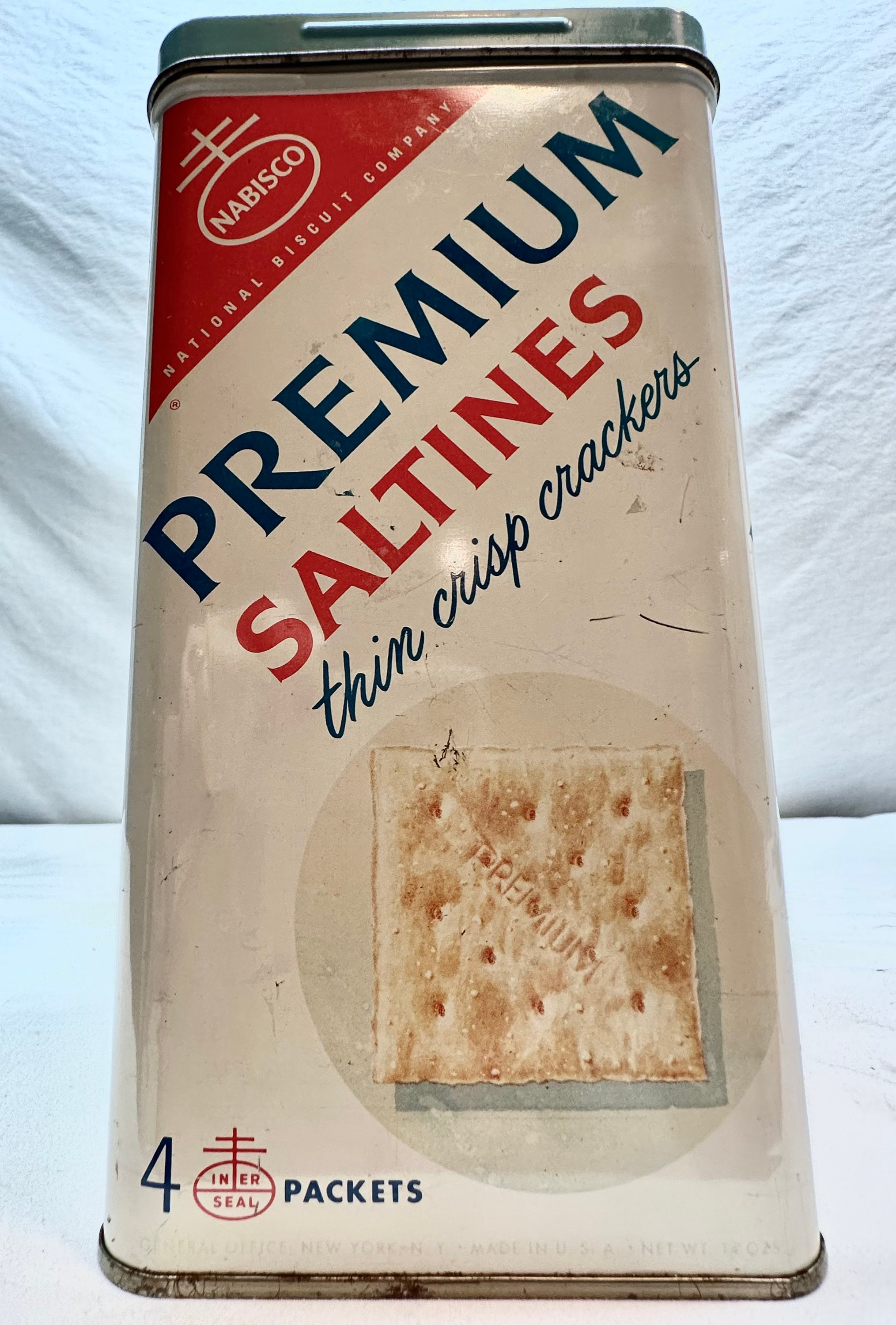 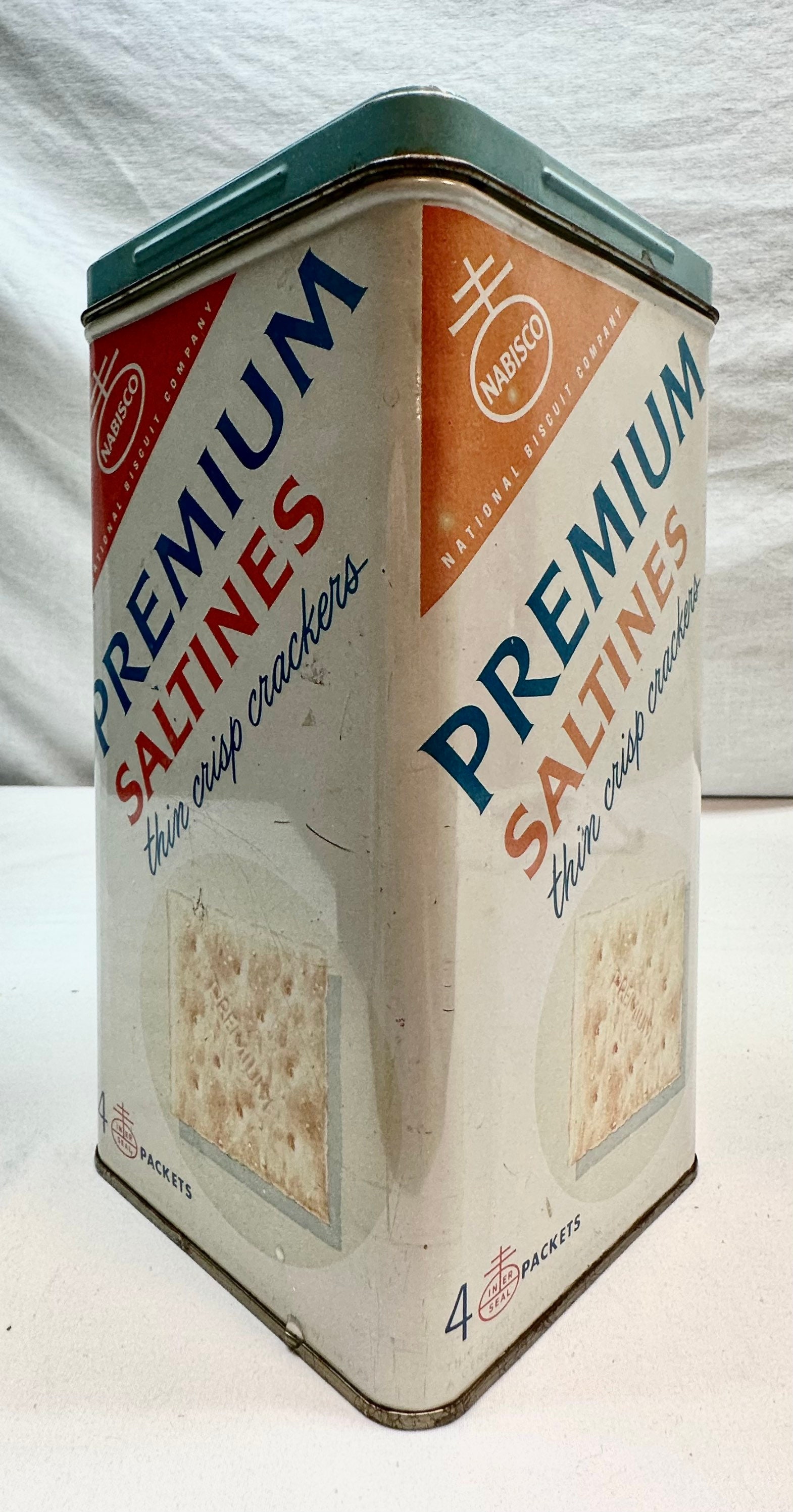 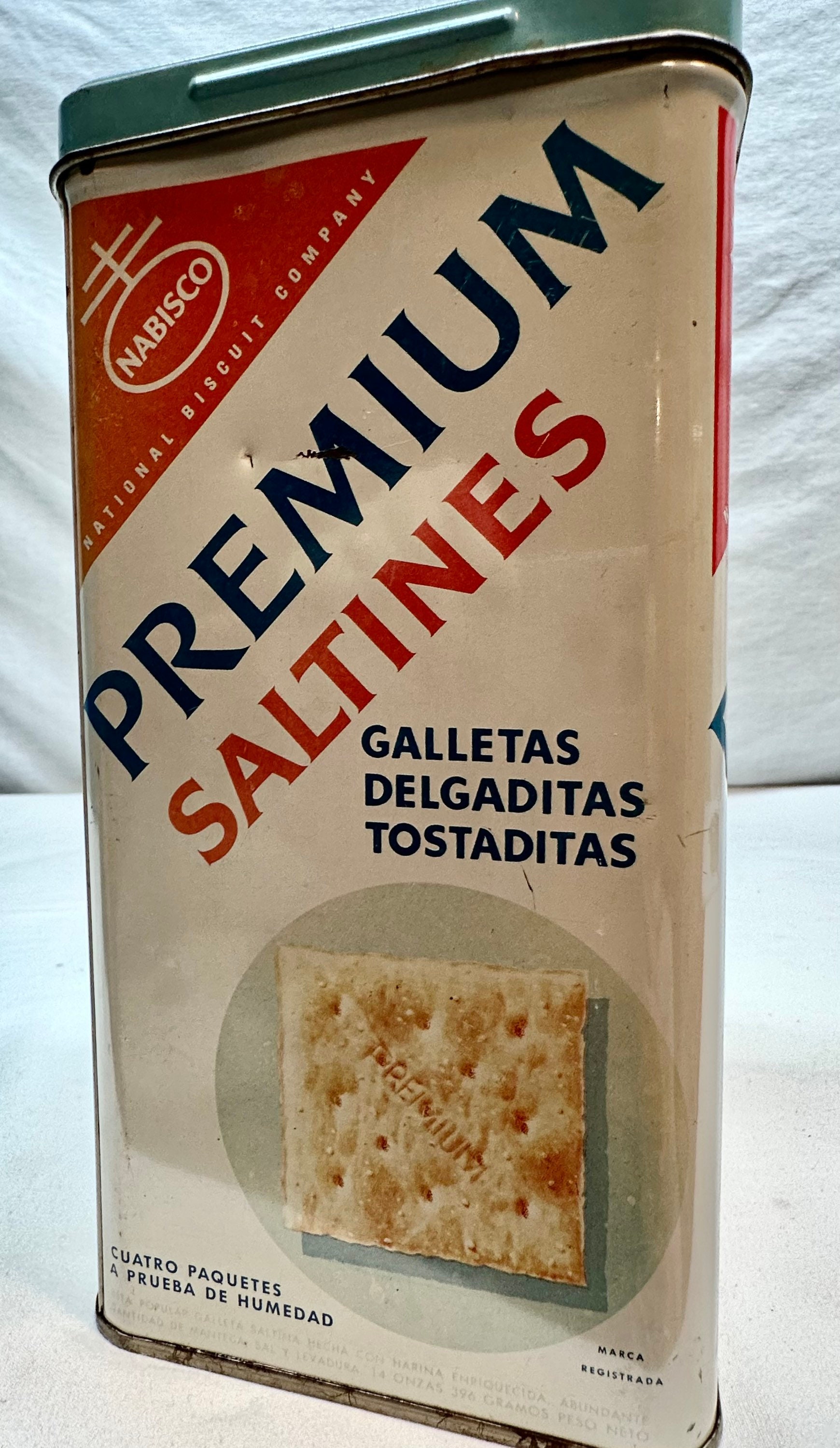 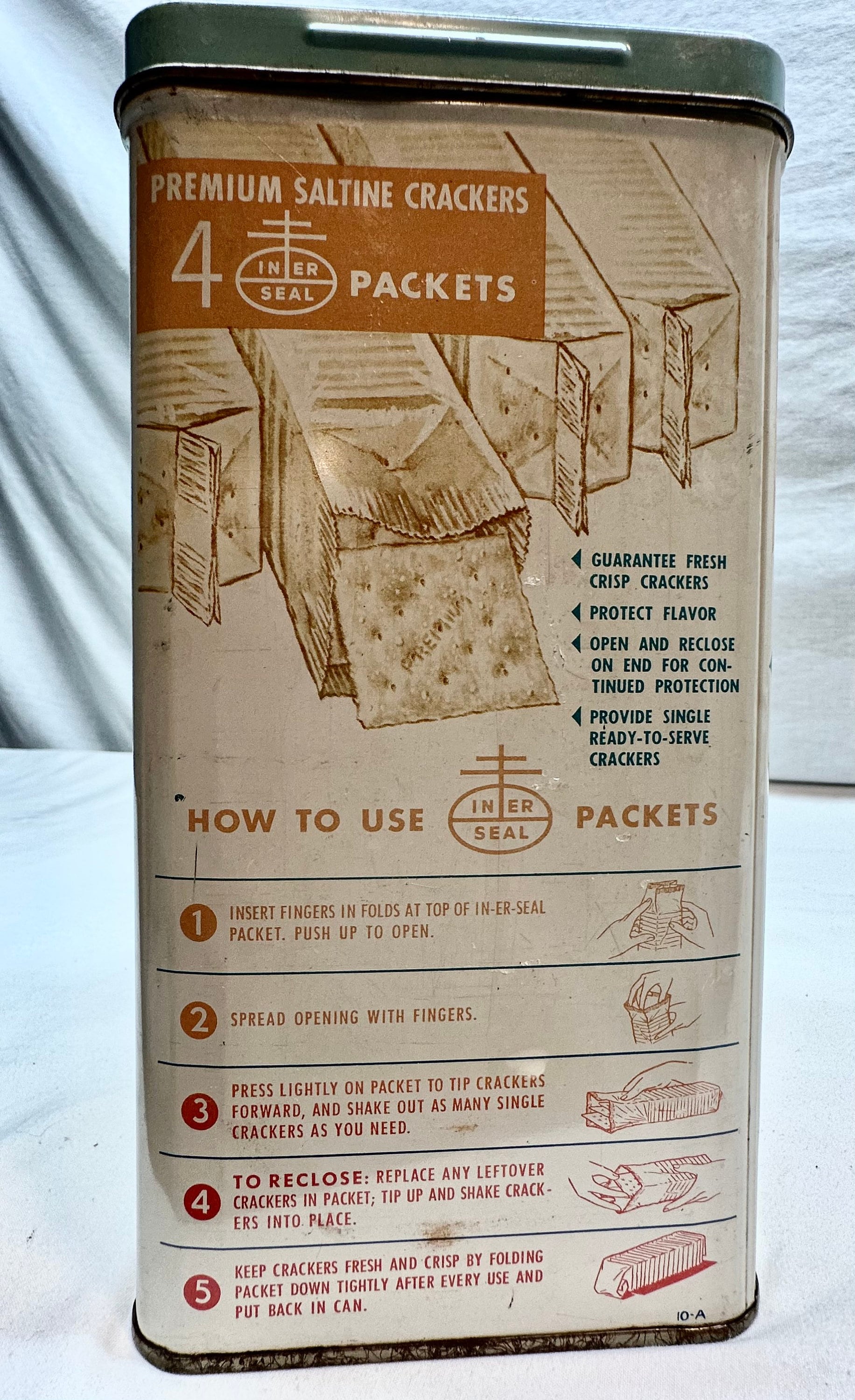 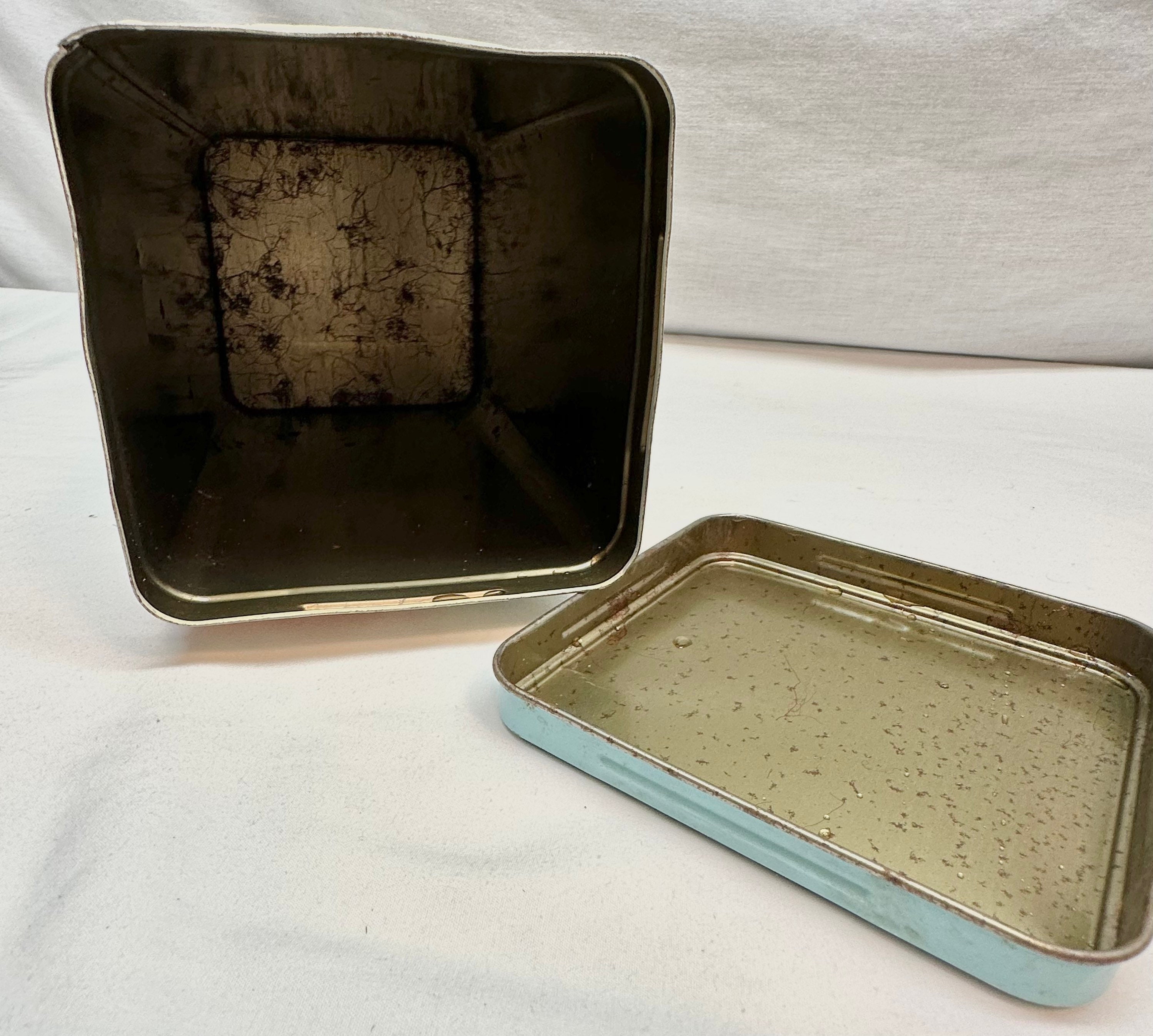 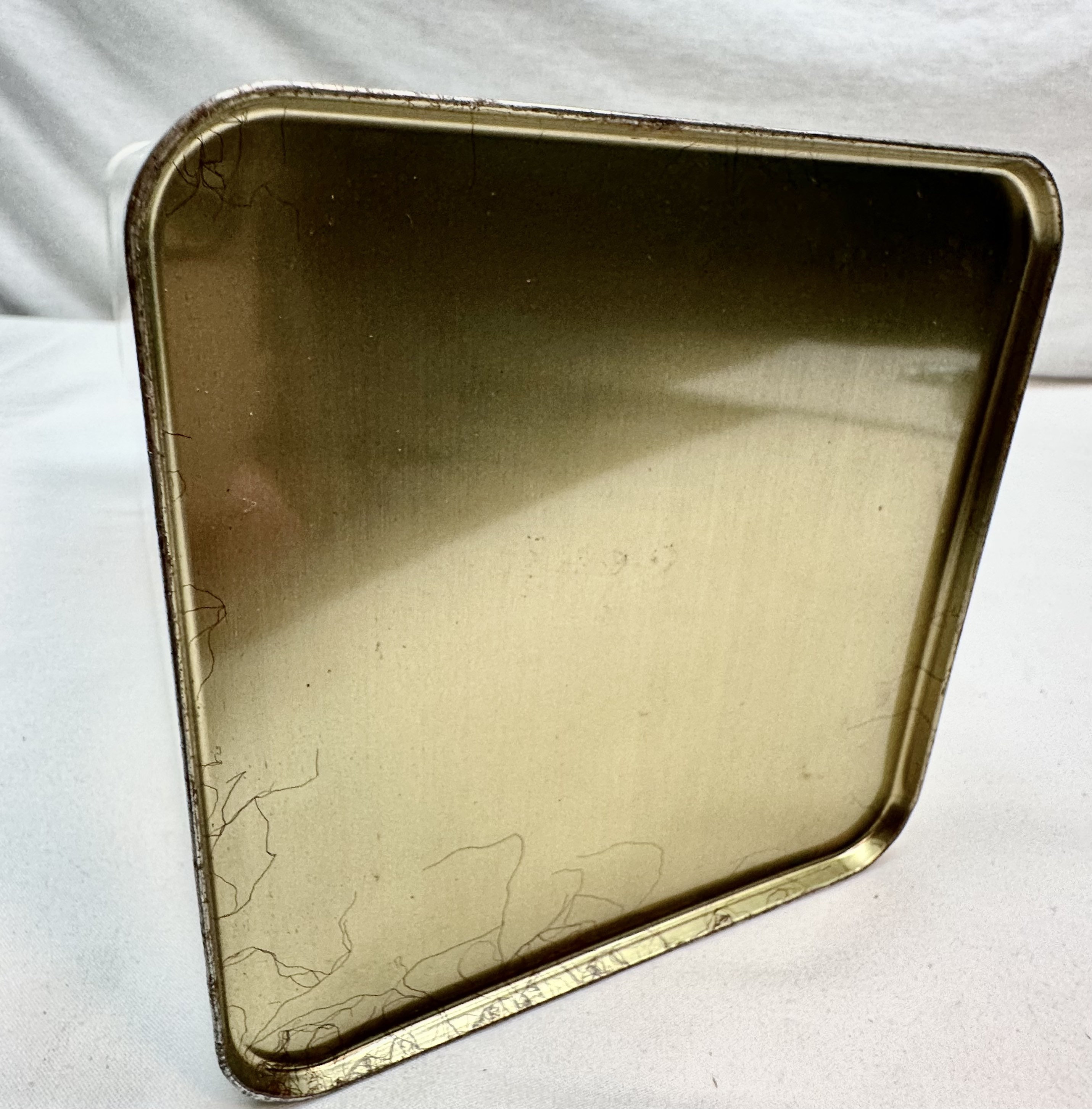 This vintage Premium Saltine Cracker advertising tin is a classic in every home.
Made by Nabisco (National Biscuit Company) it is teal blue and white with bright red accents and a description of the famous sleeves that hold everyones favorite soup cracker.
The shape is square to perfectly fit the famous square crackers and it measures 9" x 4 3/4" square

There are minor scratches to the lid due to use and age.
No dents or rusting

In 1876, F. L. Sommer & Company of St. Joseph, Missouri started using baking soda to leaven its wafer thin cracker. Initially called the Premium Soda Cracker and later "Saltines" because of the baking salt component, the invention quickly became popular and Sommer's business quadrupled within four years. That company merged with other companies to form American Biscuit Company in 1890 and then after further mergers became part of National Biscuit Company (Nabisco) in 1898