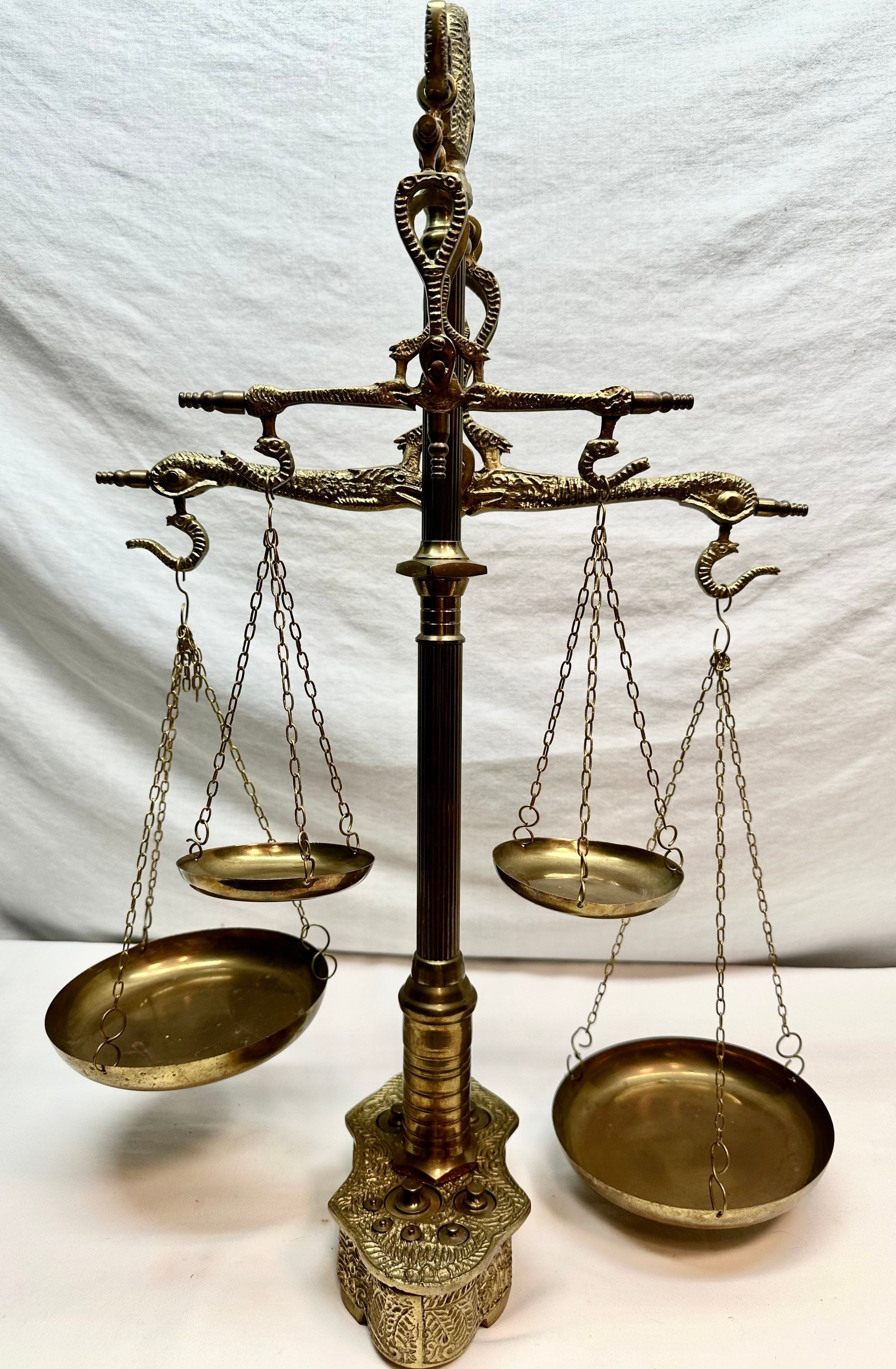 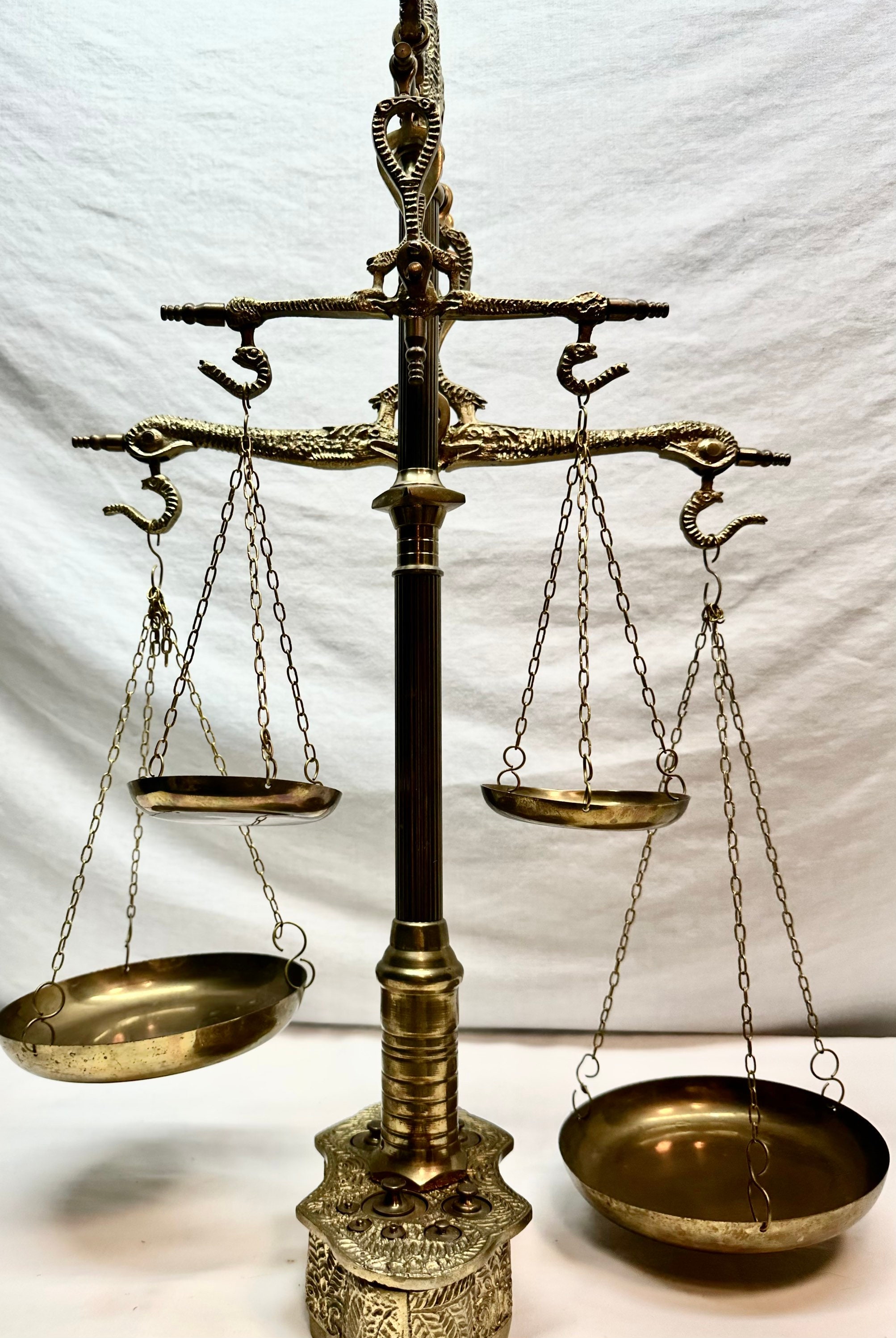 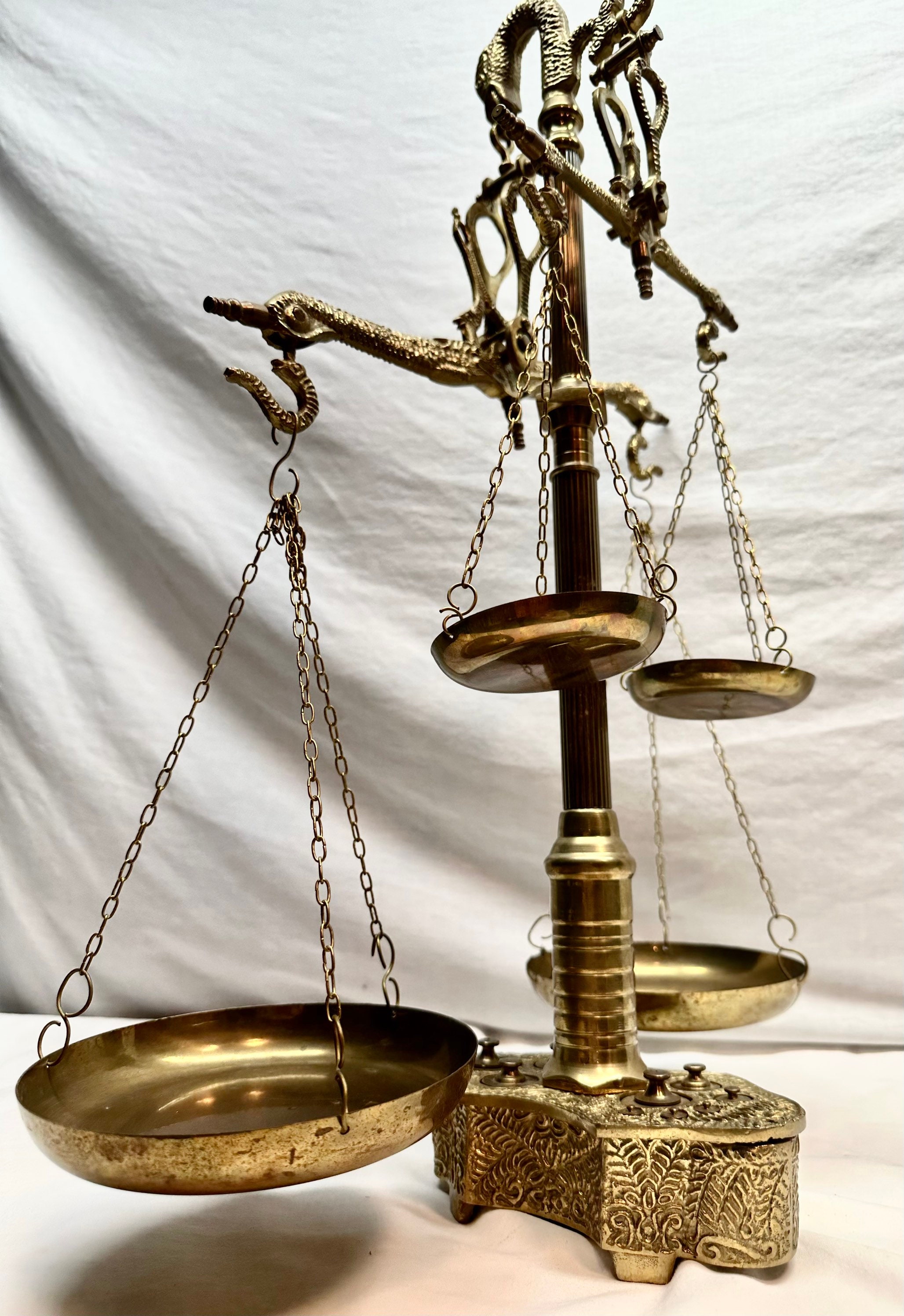 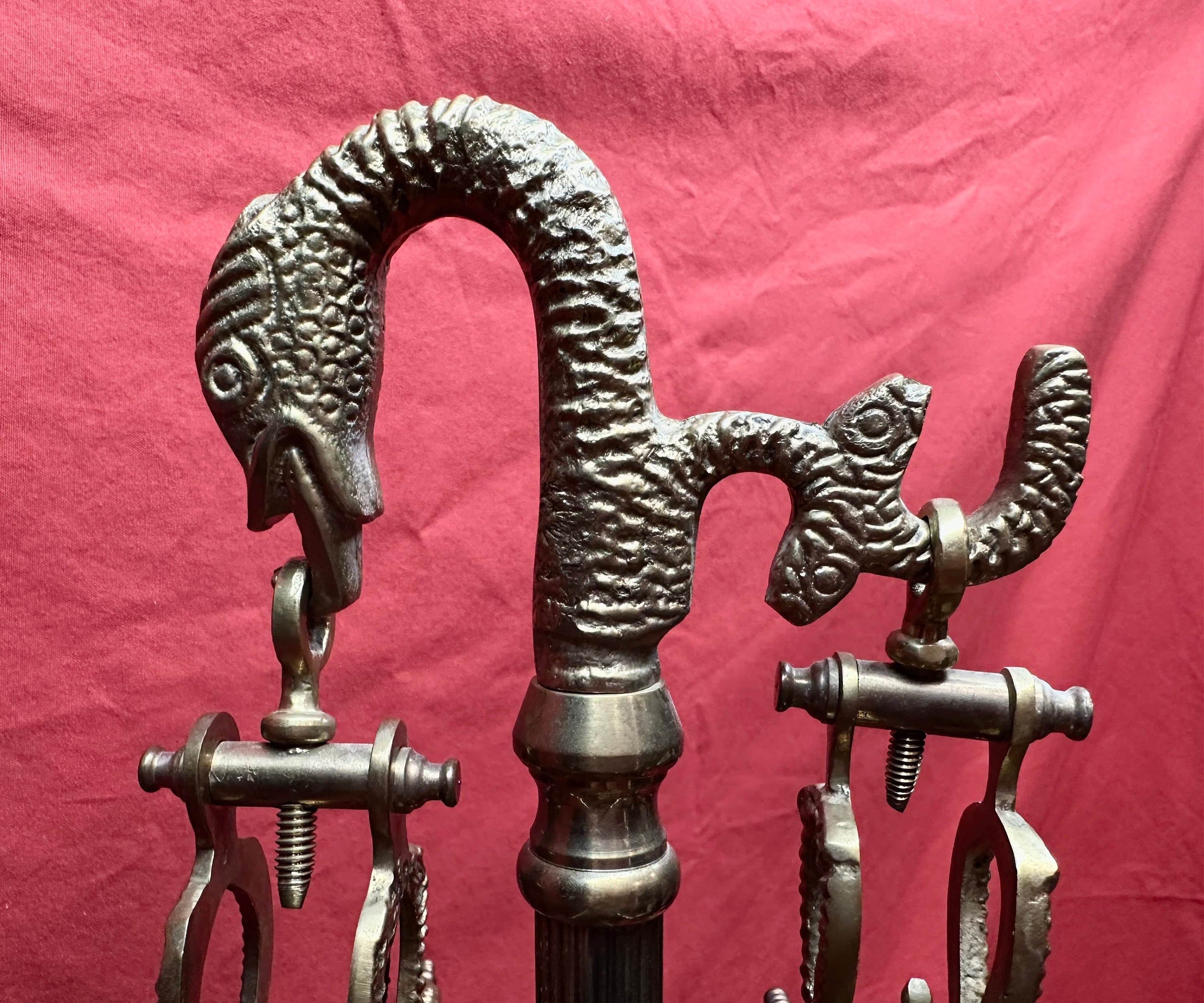 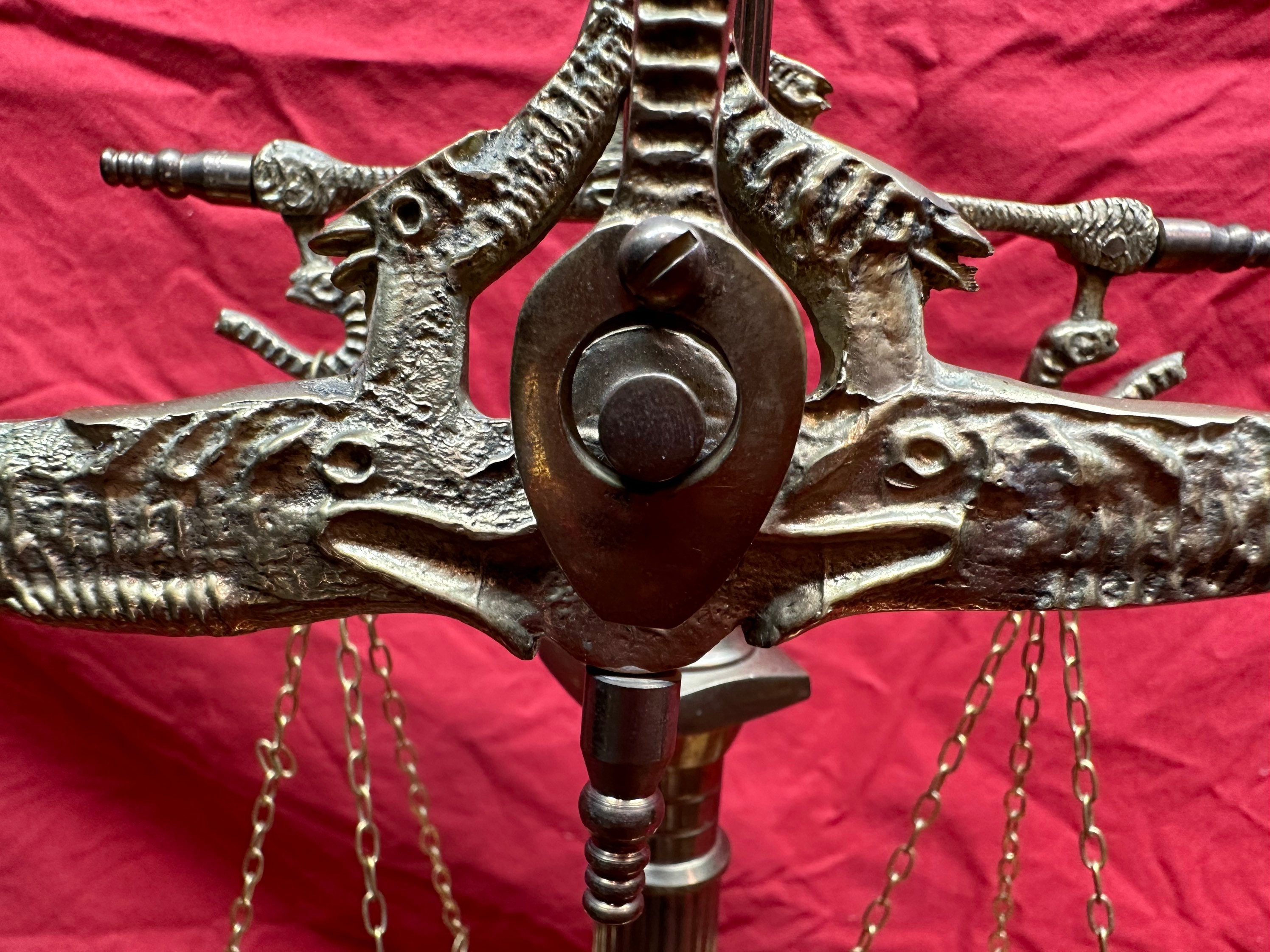 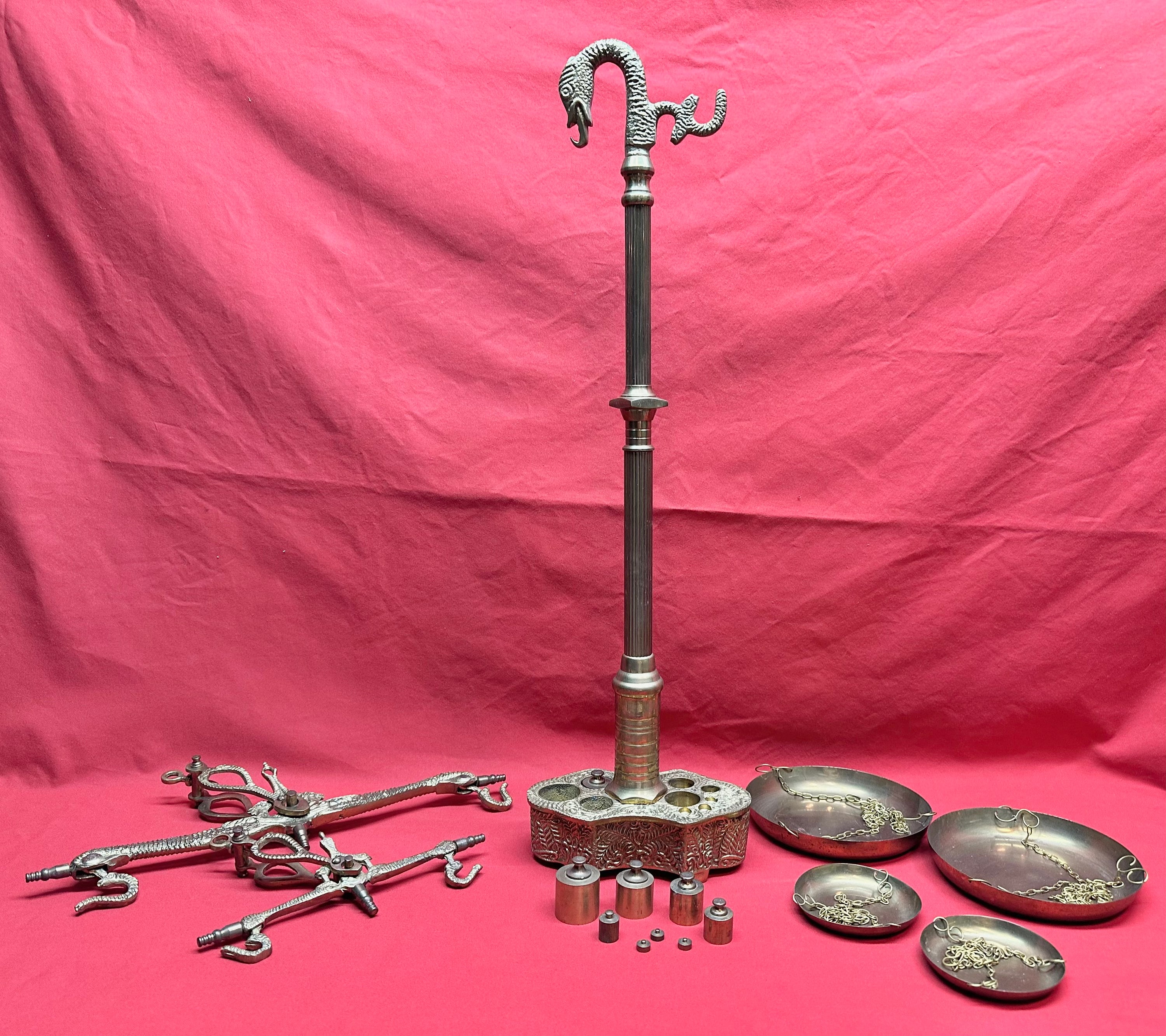 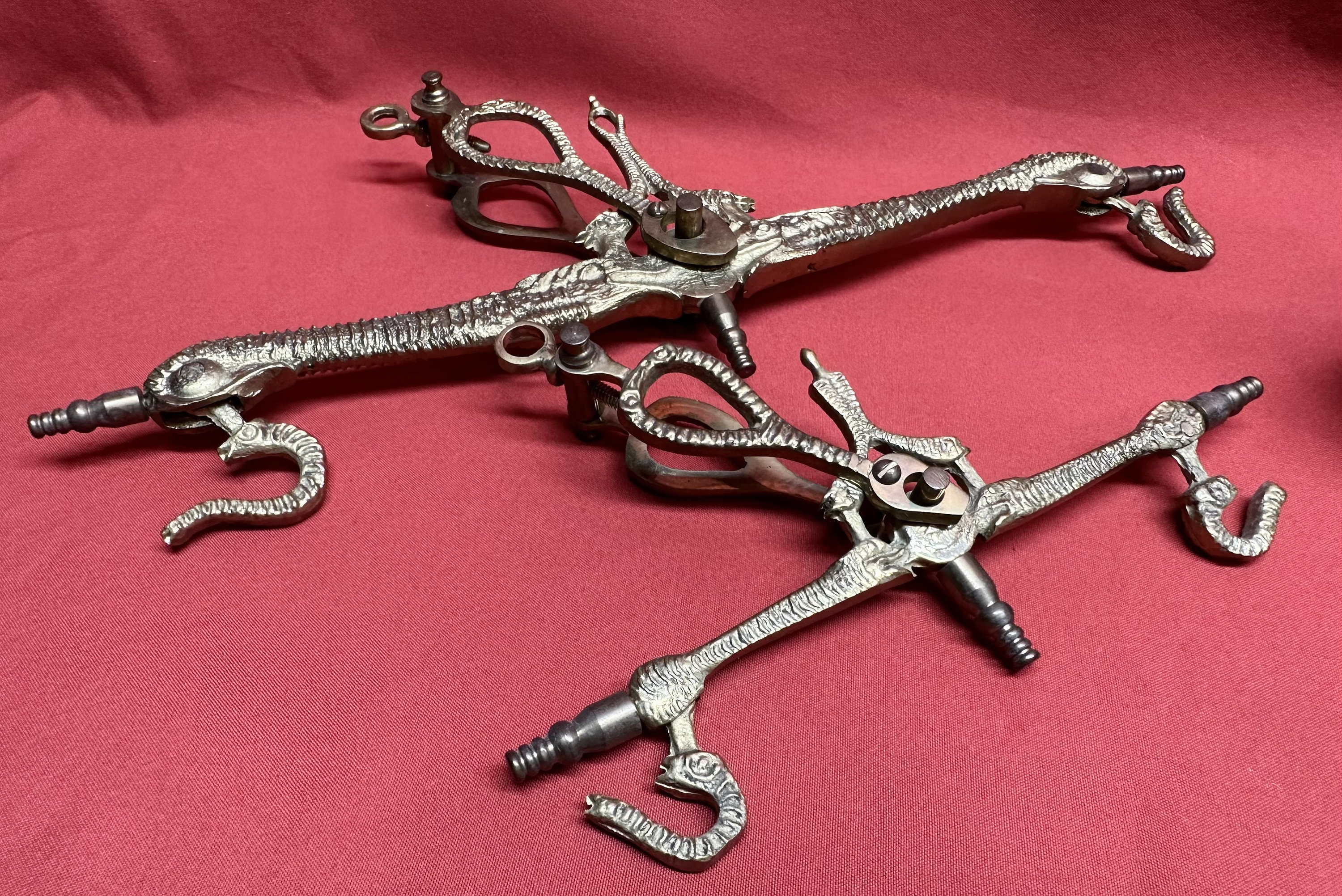 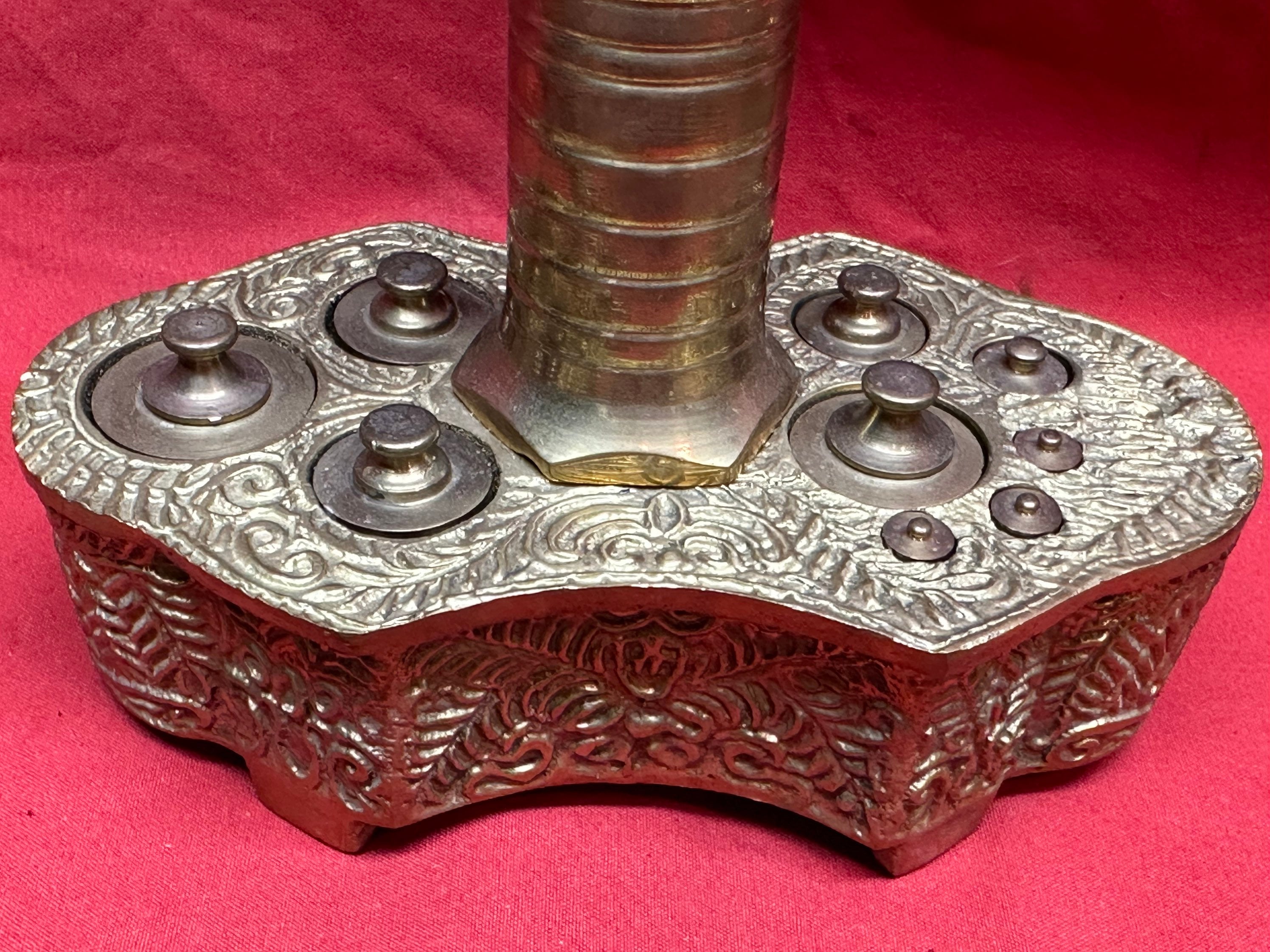 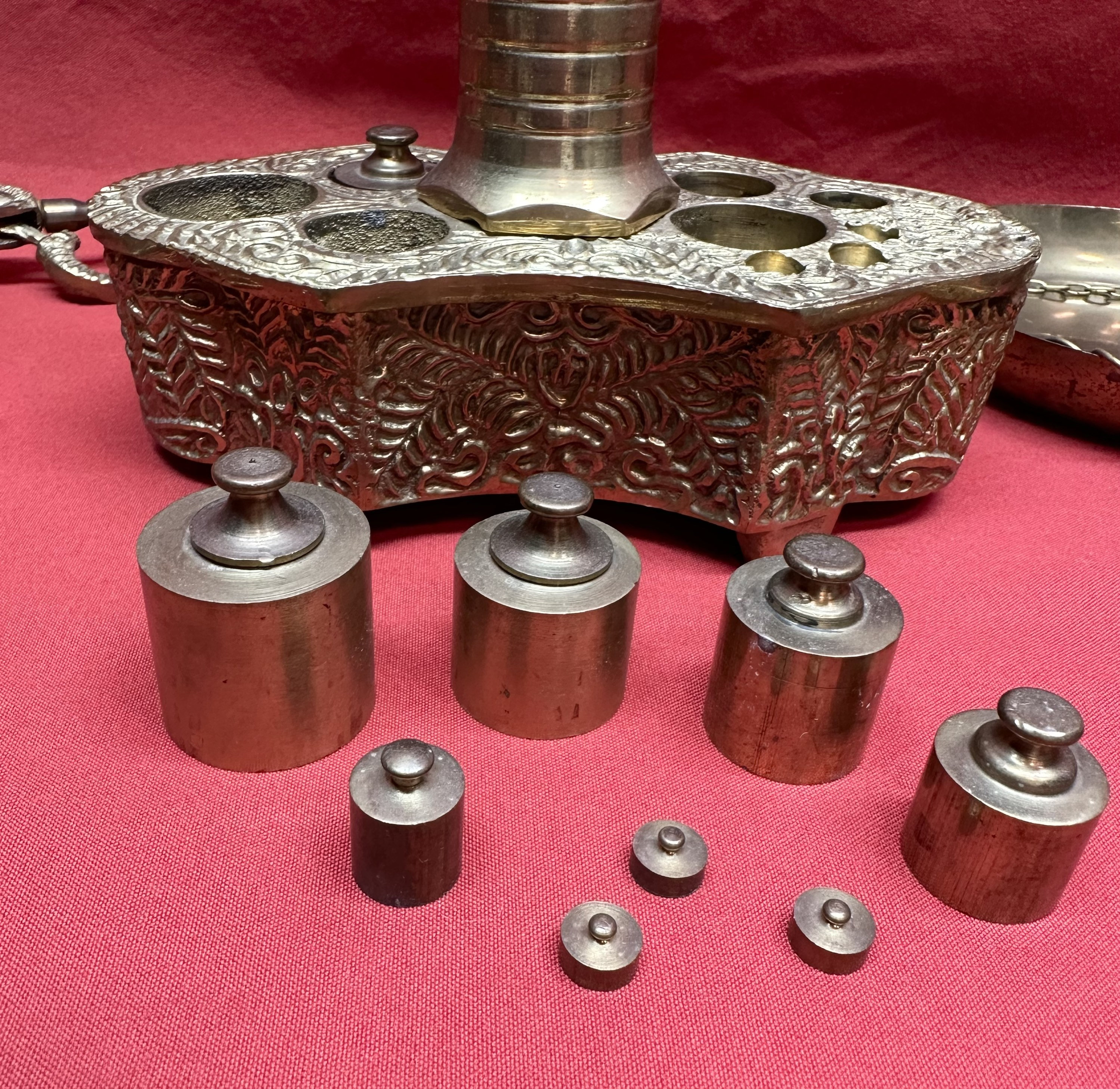 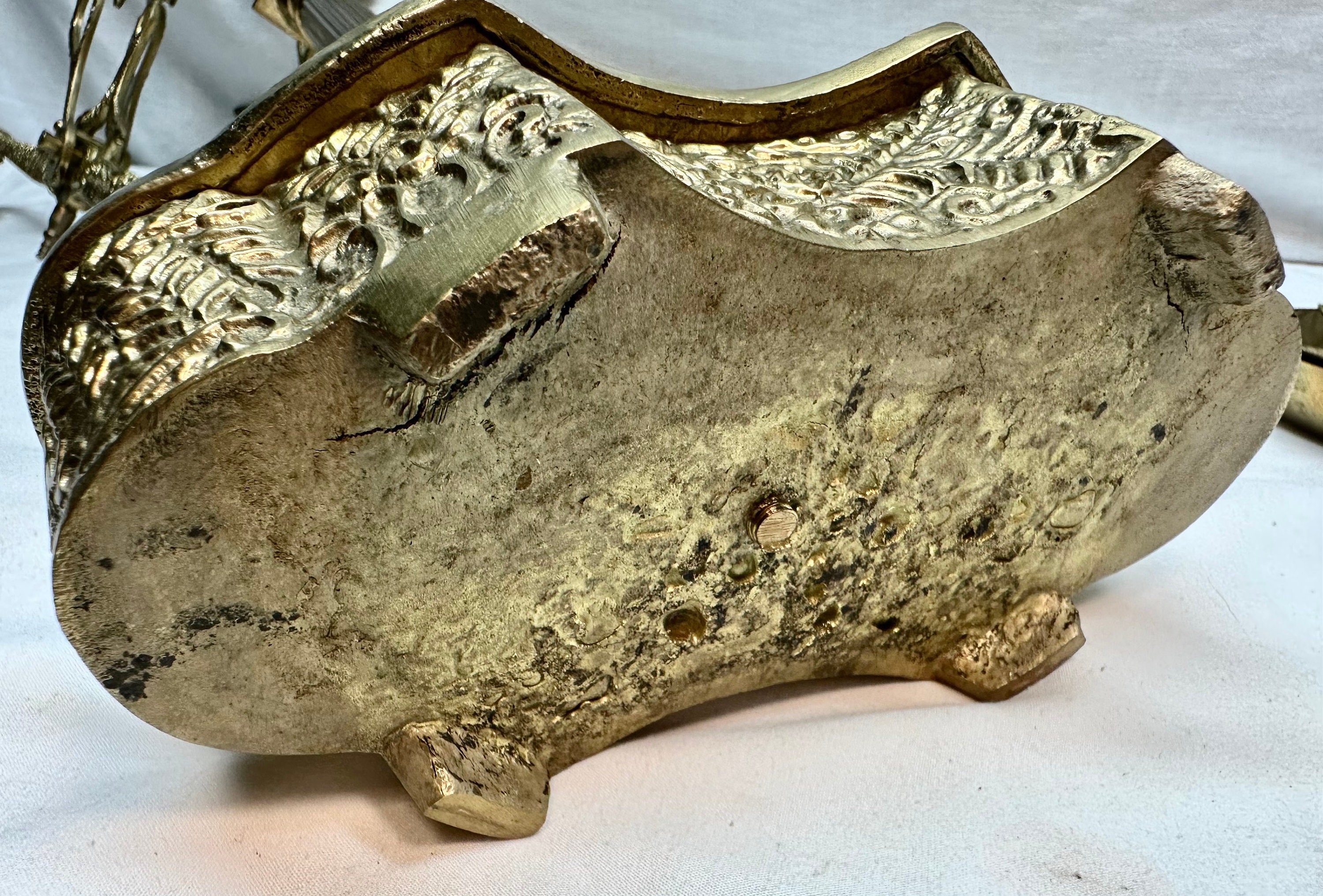 This antique double pan gold gilt and bronze scale is embellished with stylized dolphins and serpents. This apothecary/librabry scale was made in the early 1900’s.
This style of scale is called a “pivot balance” because the beam, which is the horizontal lever, is pivoted to allow the arms to rise or fall as weight is placed in the weighing pans.
The weighing pan was originally called a scalepan, which is how balances became known as “scales”.
To use the scale, an object of unknown mass would be placed in one pan. Weights are added to the other pan until the beam is as close to horizontal as possible. Pharmacies would have used a scale like this around the turn of the 20th century. Two circular brass pans are suspended by chains from the stylized dolphin hooks. The hooks are attached to the beam, which is once again a stylized dolphin. At the pivot, there are two snakes rising up to form a caduceus, which is the symbol of medicine and commerce. There is a fluted center column that terminates at the top in another stylized dolphin. The dolphin’s tongue is formed into a hook which suspends the beam and weighing pans. The column is affixed to an irregular shaped base. When not in use, the ten weights are housed in their respective slots, located in the base. The weights range in size from .25 kg to 5 g. This early 20th century scale, complete with its original weights, will serve as a wonderful decorative accessory in any office or place of business.
It measures 24" tall The long arm 14 3/4" the short arm 8 1/2"

Why are shipping costs so high?