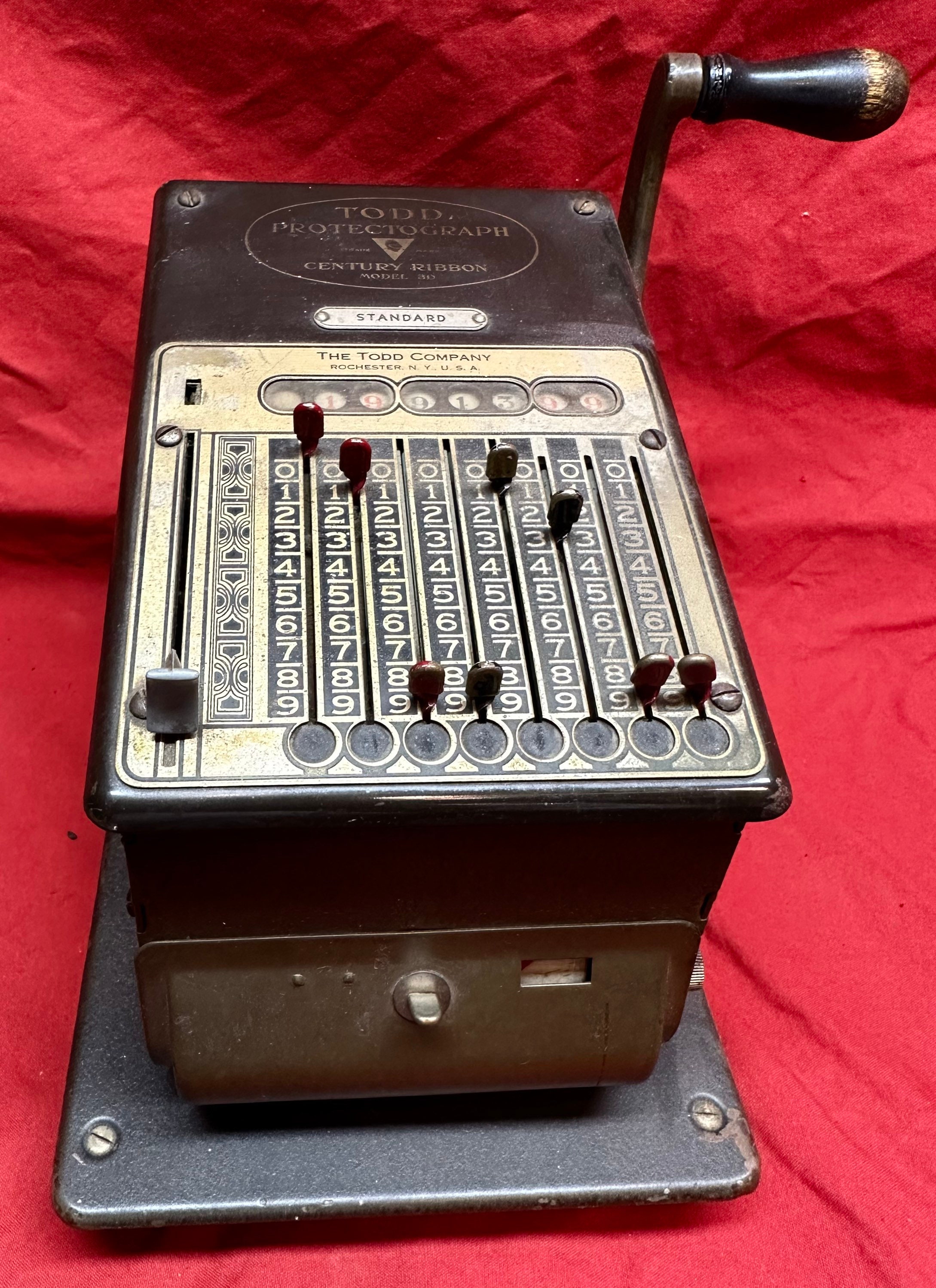 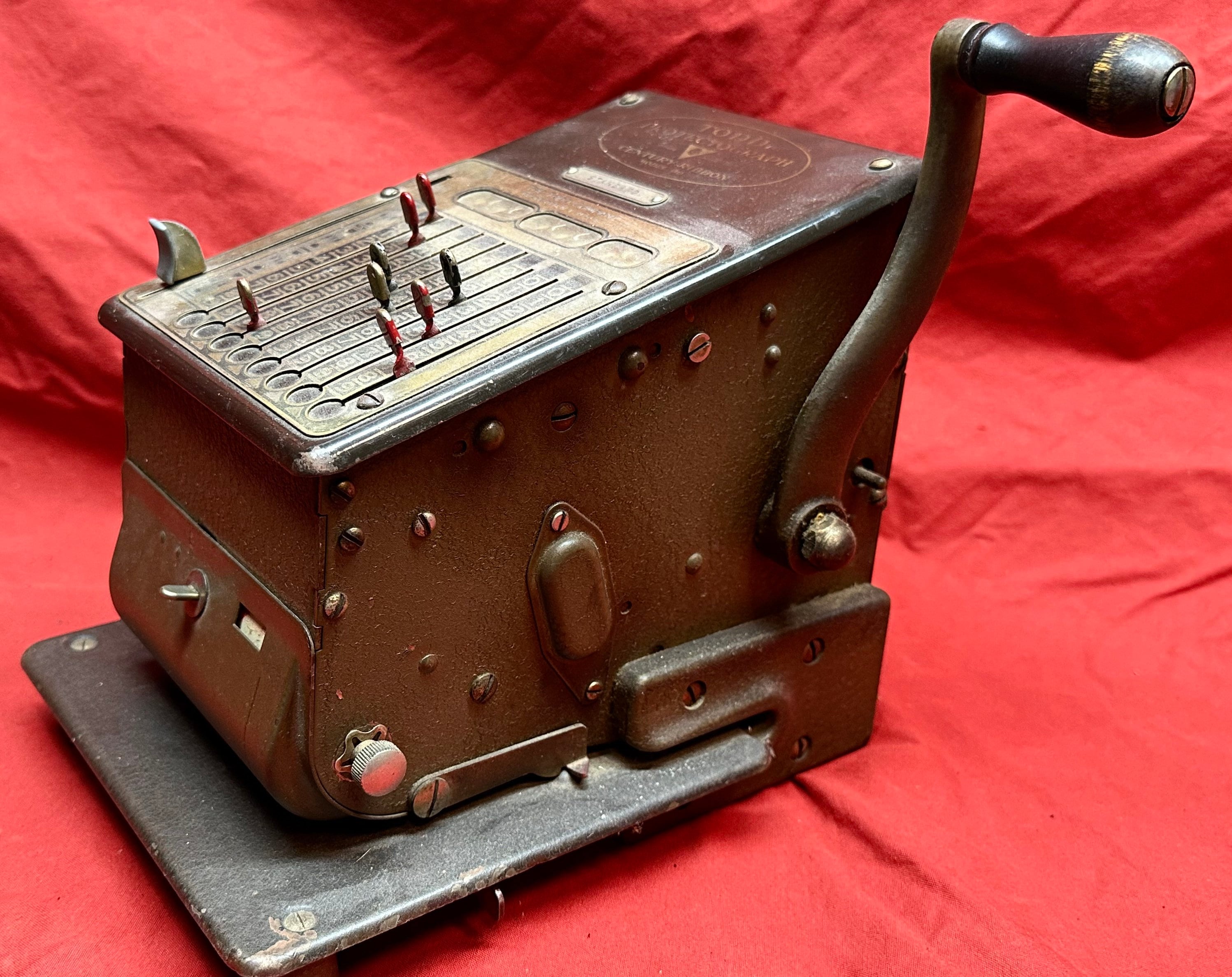 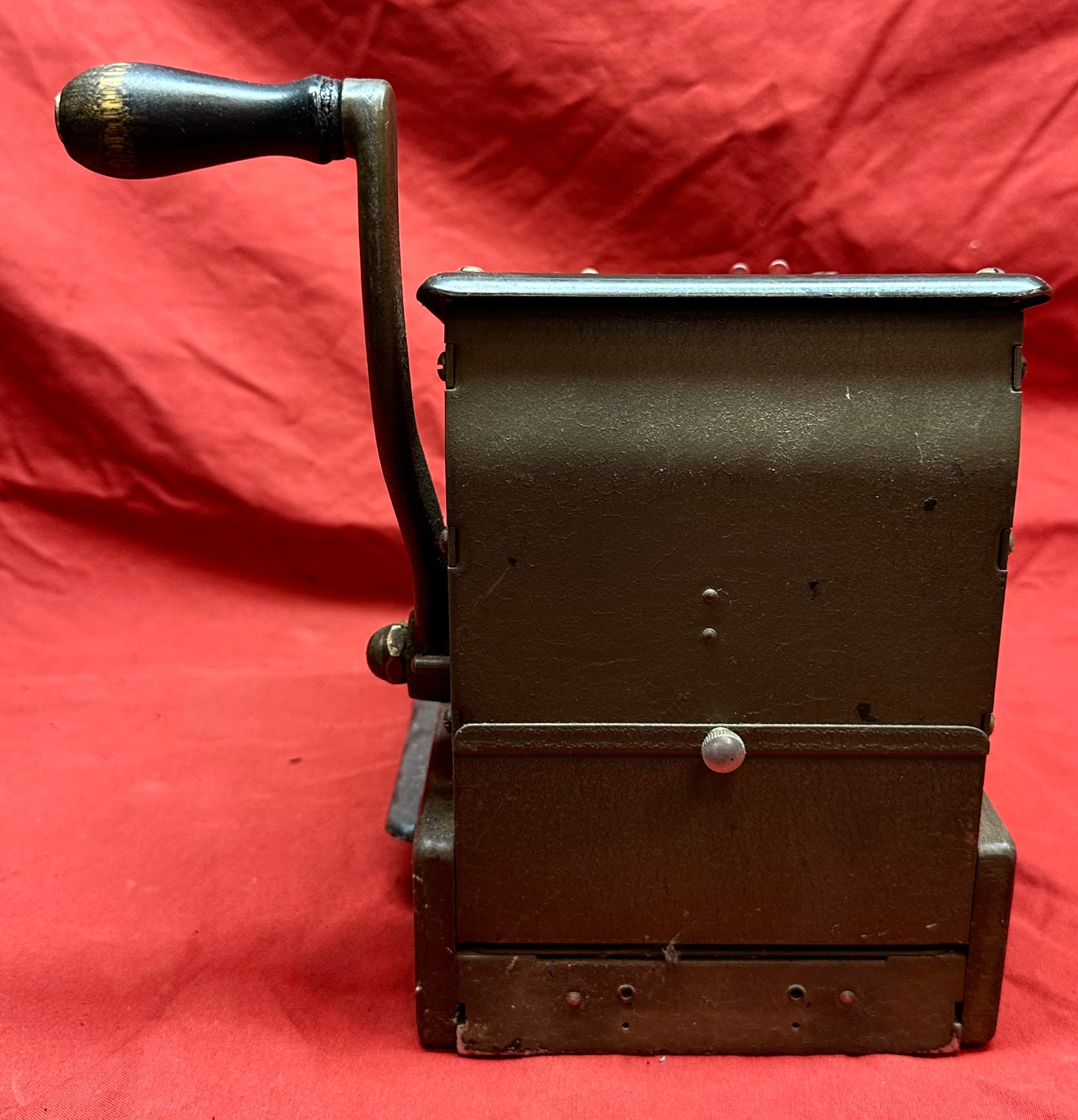 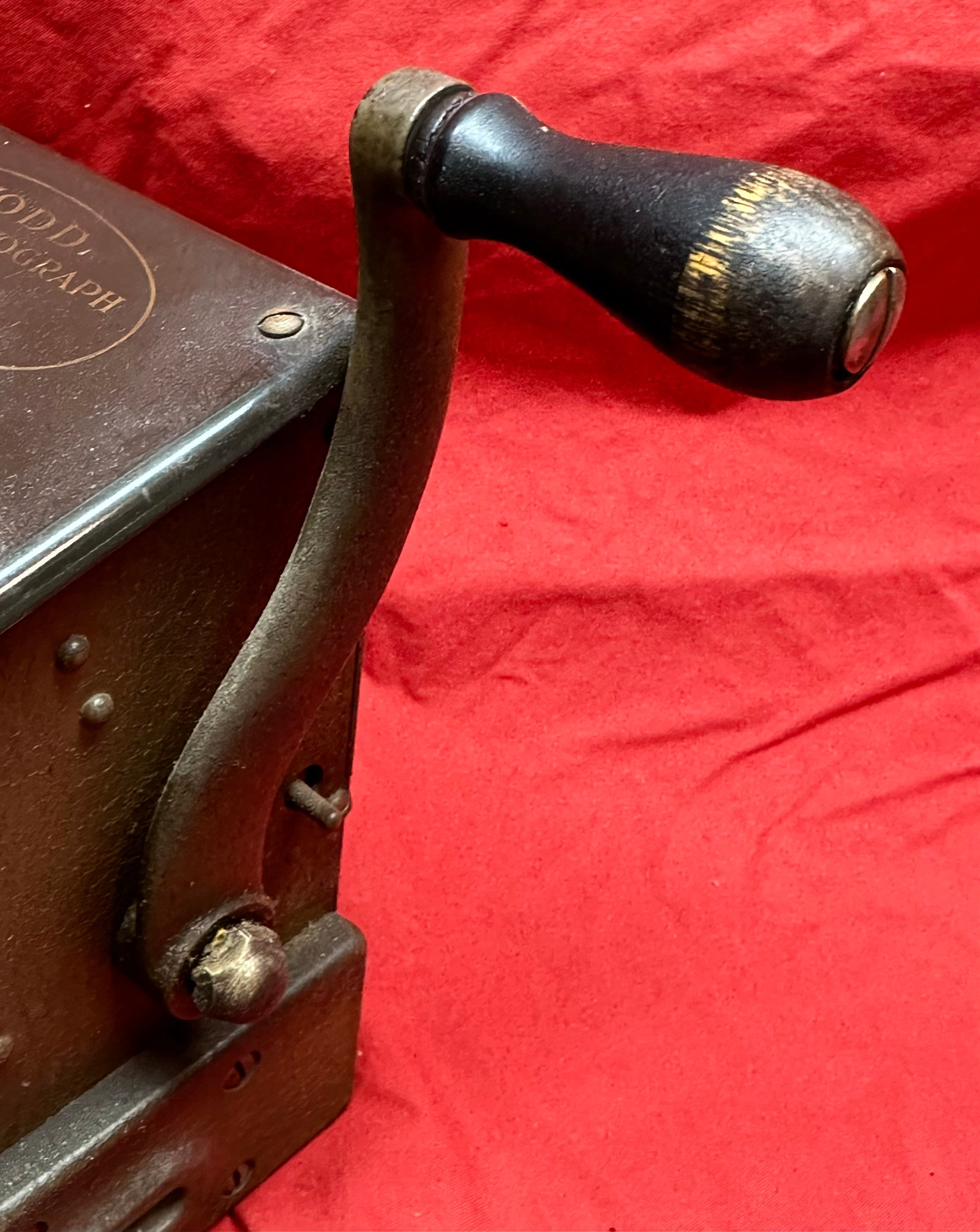 This vintage Toddprotectograph has great industrial charm.
Made of a brown metal with a gold metal face plate- all levers move, the handle is wooden and has rubbing showing signs of use and age and adding to it's vintage charm.
There are mild scratches to the piece again from use and age.
It measures 9" x 9" x 9"

The Todd Protectograph Co. was established in 1899 by G. W. Todd. Circa 1902, the company was known as "G. W. Todd & Co." and was at 6 Exchange St., Rochester, New York. By 1916, the company was known as the Todd Protectograph Co. and They made hand-operated mechanical check protectors. In 1910, they reportedly claimed that 85,000 Protectographs were in use in businesses (e.g. banks and large companies).
This represented quite a step up from the Todd Co.'s humble beginnings.
Founded in 1899 by brothers George and Libanus Todd, the original operation comprised little more than two men tinkering in a small wooden shed on Gregory Street. Their purpose: to invent a machine capable of thwarting check fraud, a crime that resulted in millions of dollars of bank losses annually during the late 19th century.
The brothers succeeded quickly, producing a device they called the protectograph, which they dubbed "the first practical checkwriter the world has ever seen." As George described it, "It was a very simple machine, but it embodied a principle which we still use, that of shredding the fibers of the paper and allowing indelible ink to penetrate."
Simple though it may have appeared, the Todds' authentication and engraving process spurred a boom in national check usage, all under the promise that the protectograph made checks "as safe as government paper money."

There were various models produced by the company. The devices were meant to prevent unauthorized alteration of business cheques, using an impression made by the machine that was difficult to alter. This was a way to protect businesses against cheque fraud. Circa 1916, the Protectograph Check Writer devices wrote and protected cheques using two colours (red for amount words, and black for denominations). The characters were "shredded" into the paper and pressure was used to force ink into the shreds (Todd Patents) Circa 1916 the company also sold "Protod Chemical Fibre Checks", which could not be bleached out by forgers