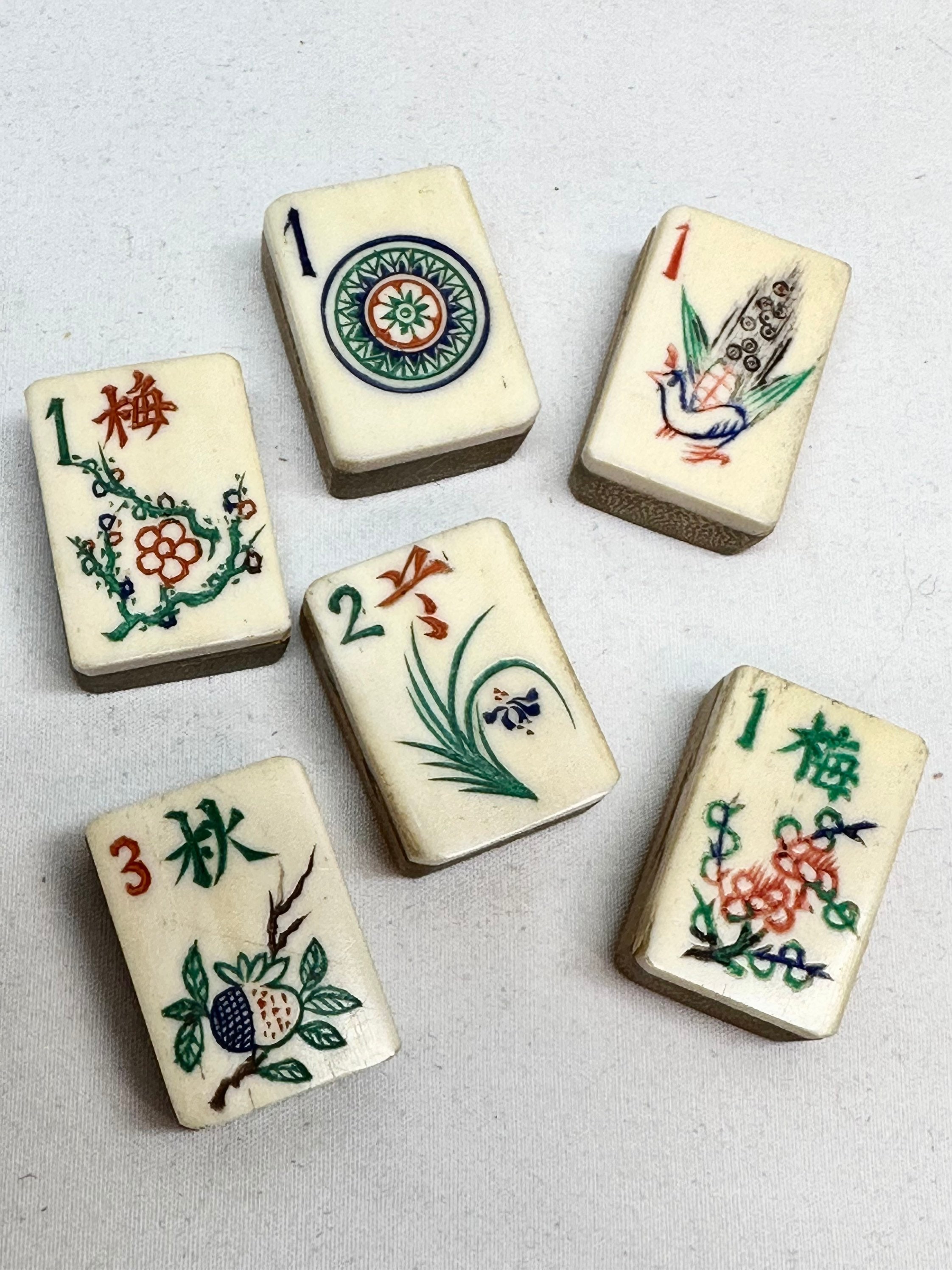 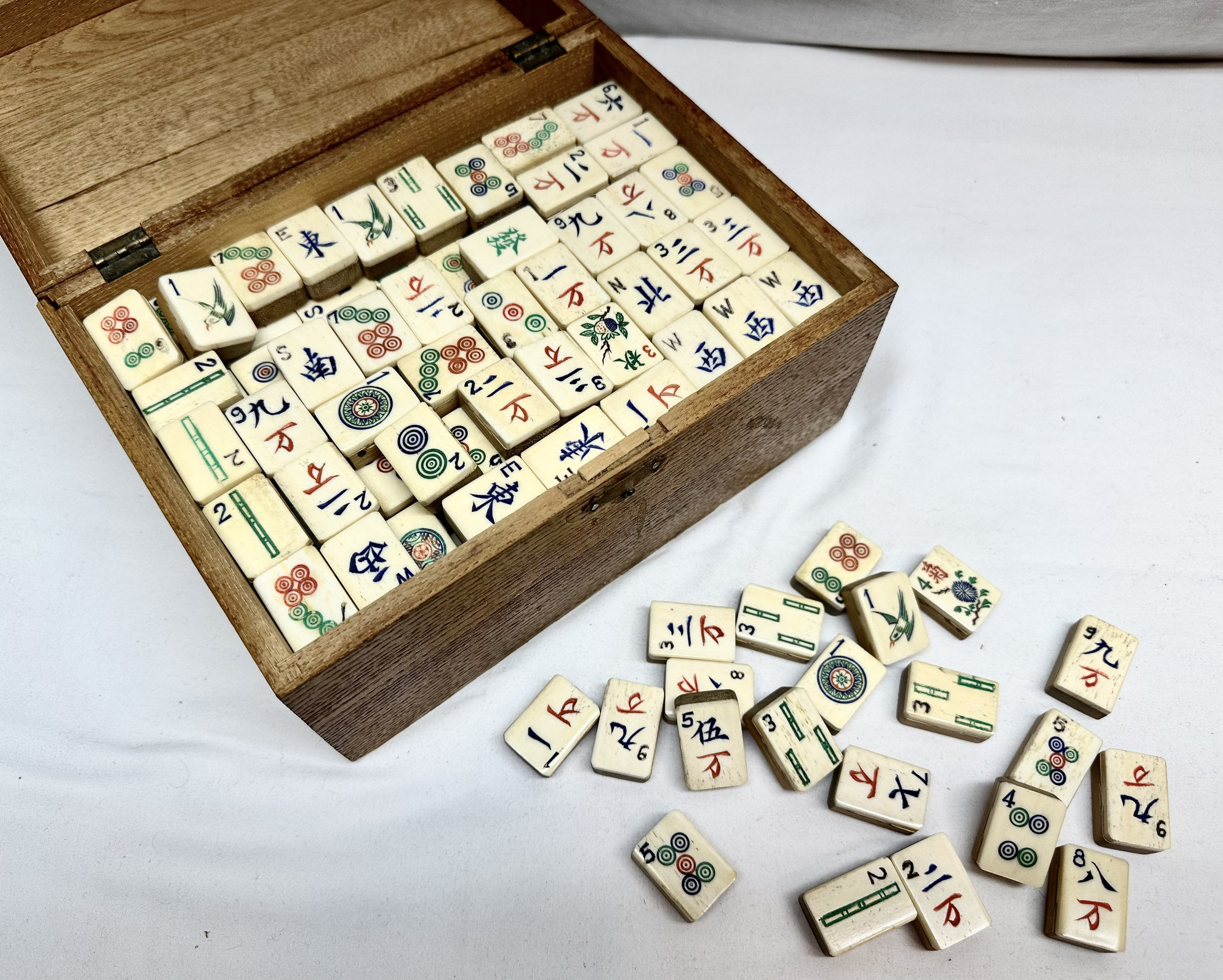 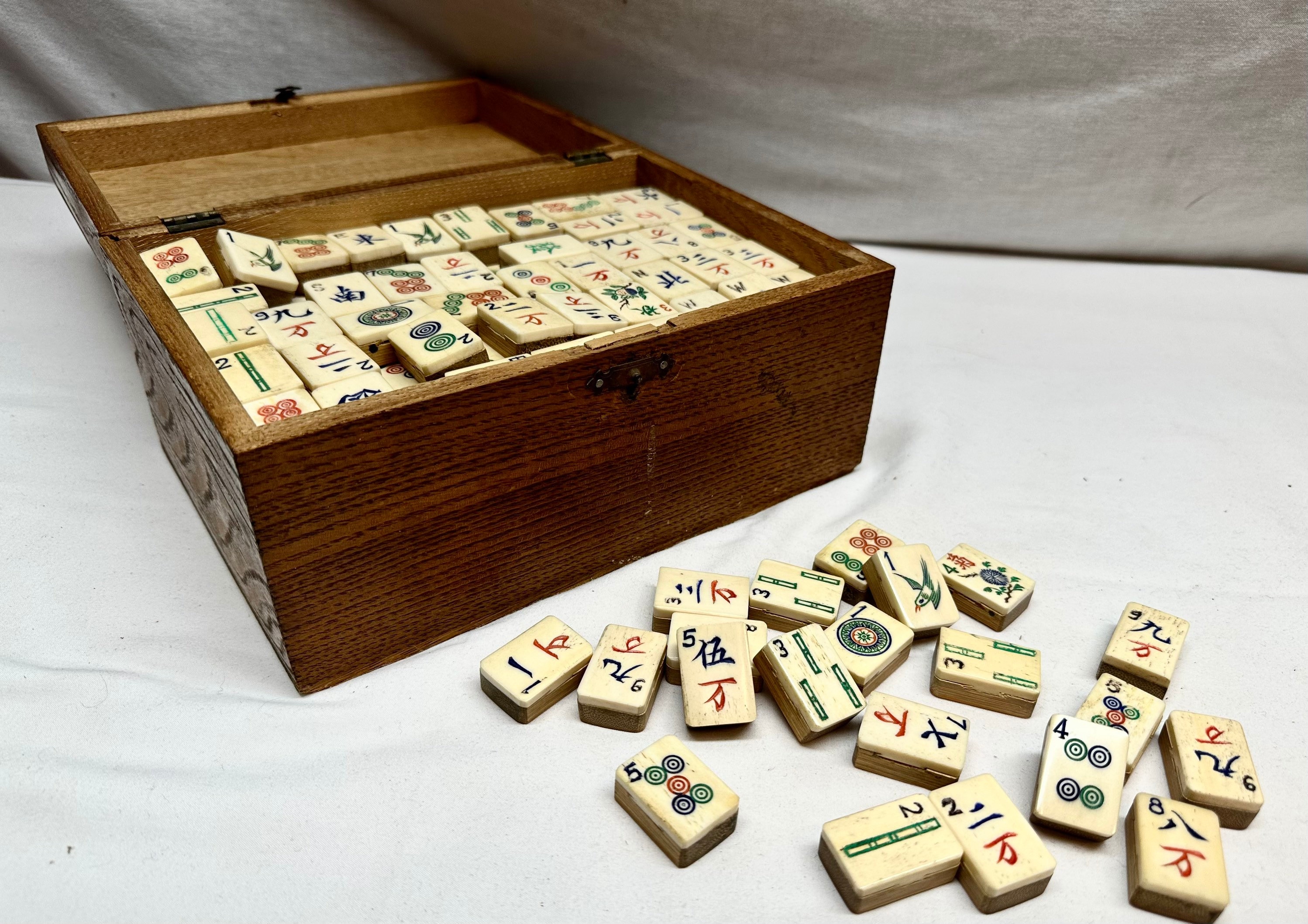 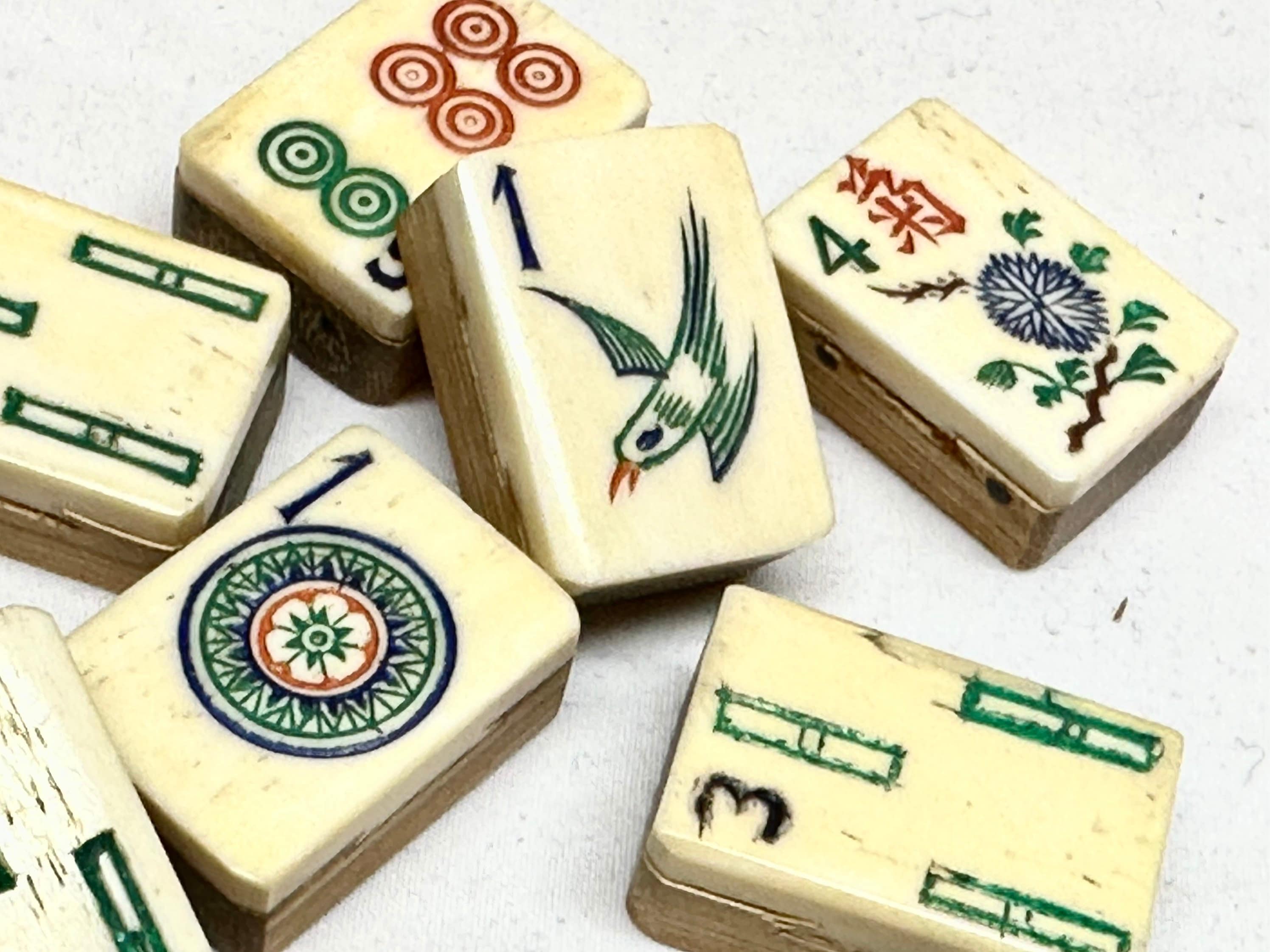 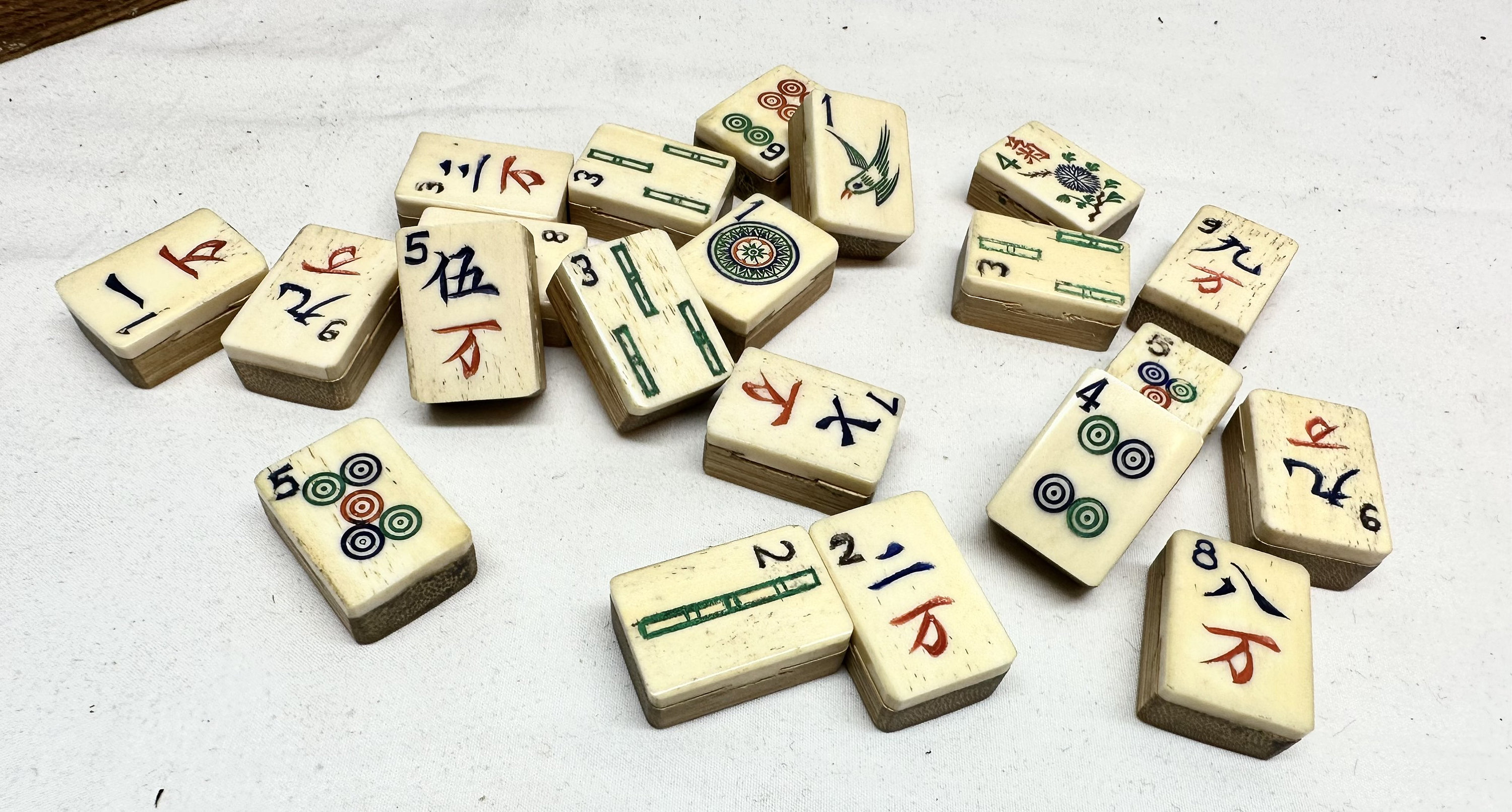 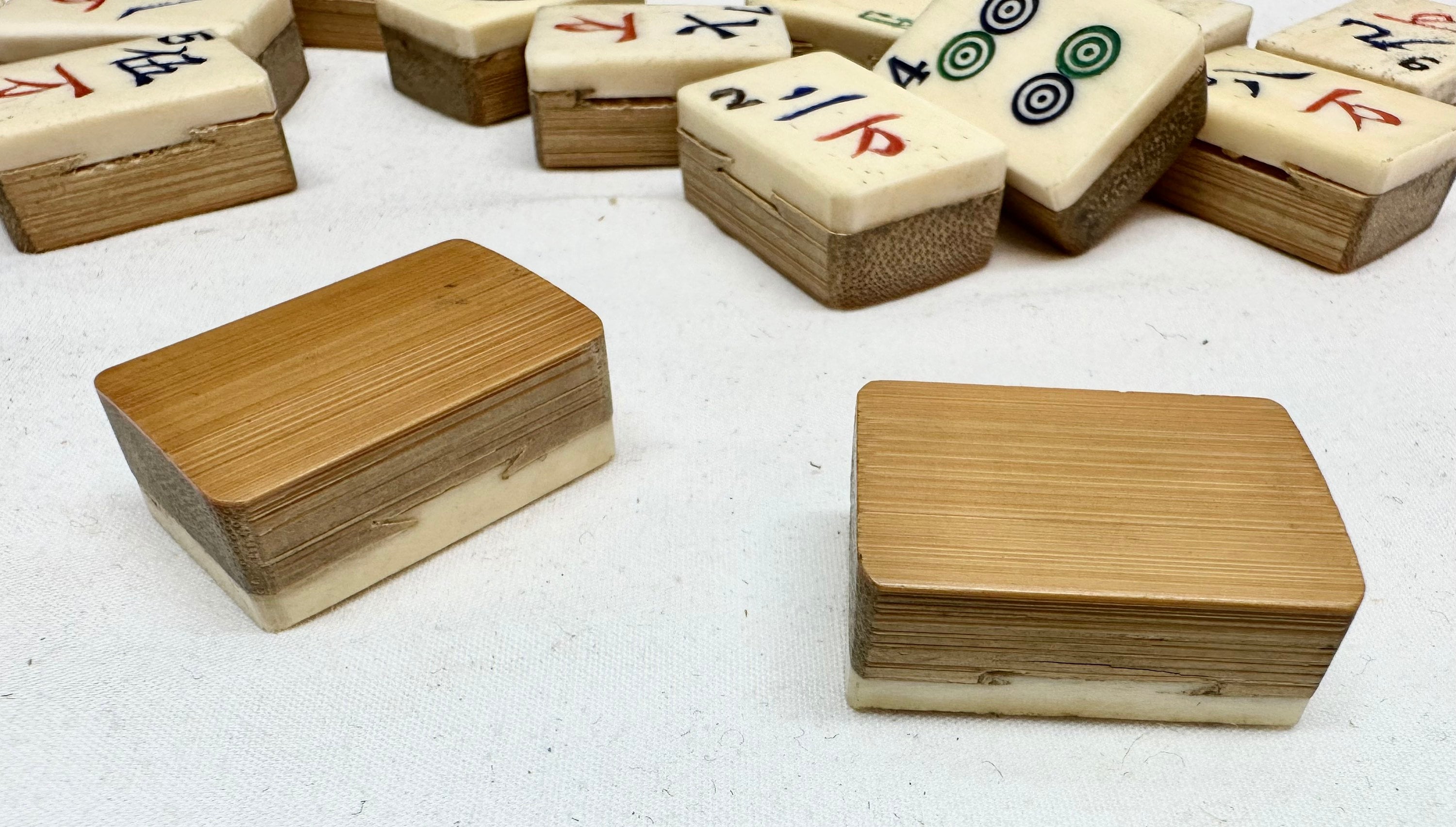 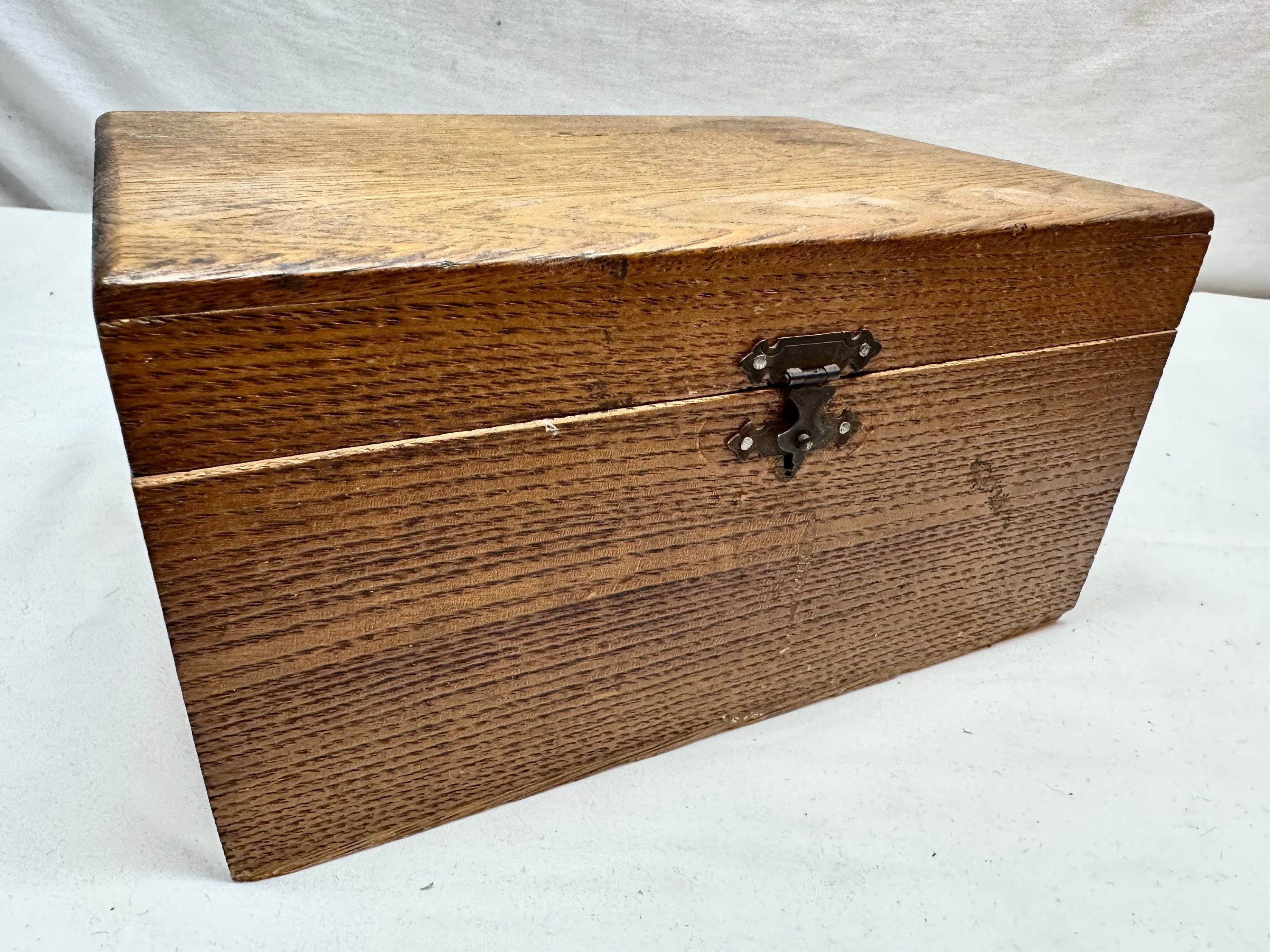 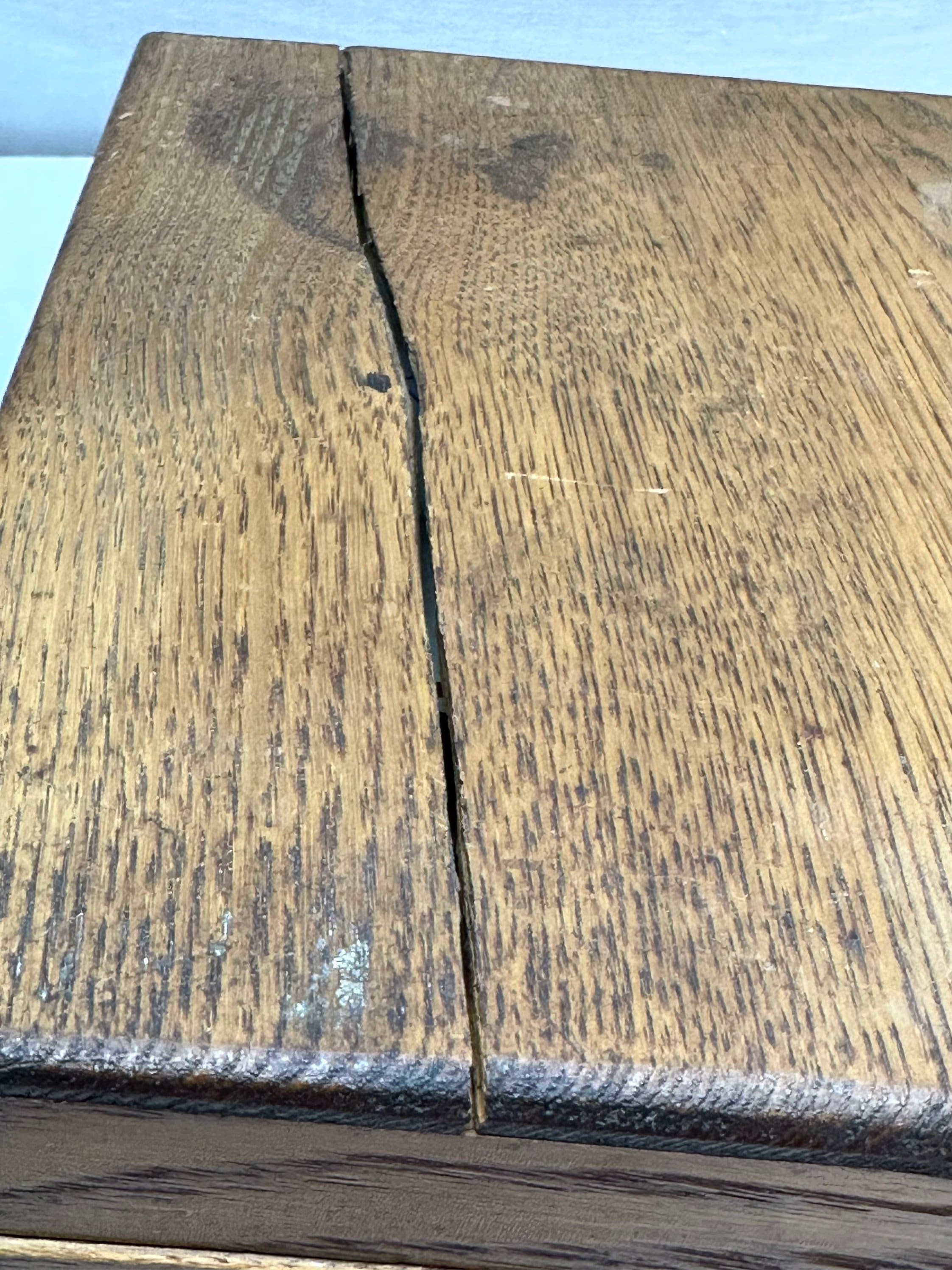 This vintage Mahjong tile game is made of interlocking bamboo and bone.
It has greatly detailed decorated tiles including birds, flowers and,wind.
The set includes 283 tiles and comes in a wooden box.
The box has a crack along the top but is otherwise sound.
The set per the previous owners notes is missing 1- 6 dot, 1 -7 bam, 4 -1 bam.
The box measures 4 1/2" x 6 1/2" x 9"
Each tile measures approximately 1/2" x 1" x 3/4"

Mahjong (often spelled Mah Jong, Mahjongg, and Mah Jongg) is thought to have derived from Chinese card games of the 12th century. The four-person game we know today probably developed in China in the middle of the 19th century. By the early 1900s, Mahjong was a craze in the United States, too. Its popularity continued into the 1950s, waned somewhat in the second half of the 20th century, and surged again in the 1990s after the publication and film version of Amy Tan’s "The Joy Luck Club."

Not surprisingly, the first Mahjong sets in America were imported from China. Some were packed in handsome rosewood boxes with separate drawers for the stones, wind, flowers, and other Mahjong tiles. The best of these boxes were held together with fine joinery and ornate brass hardware and dice, but many sets came packed in hand-painted cardboard boxes. As for the tiles, they were made out of everything from bamboo to bone—wood was fairly common; ivory and jade were more rare.