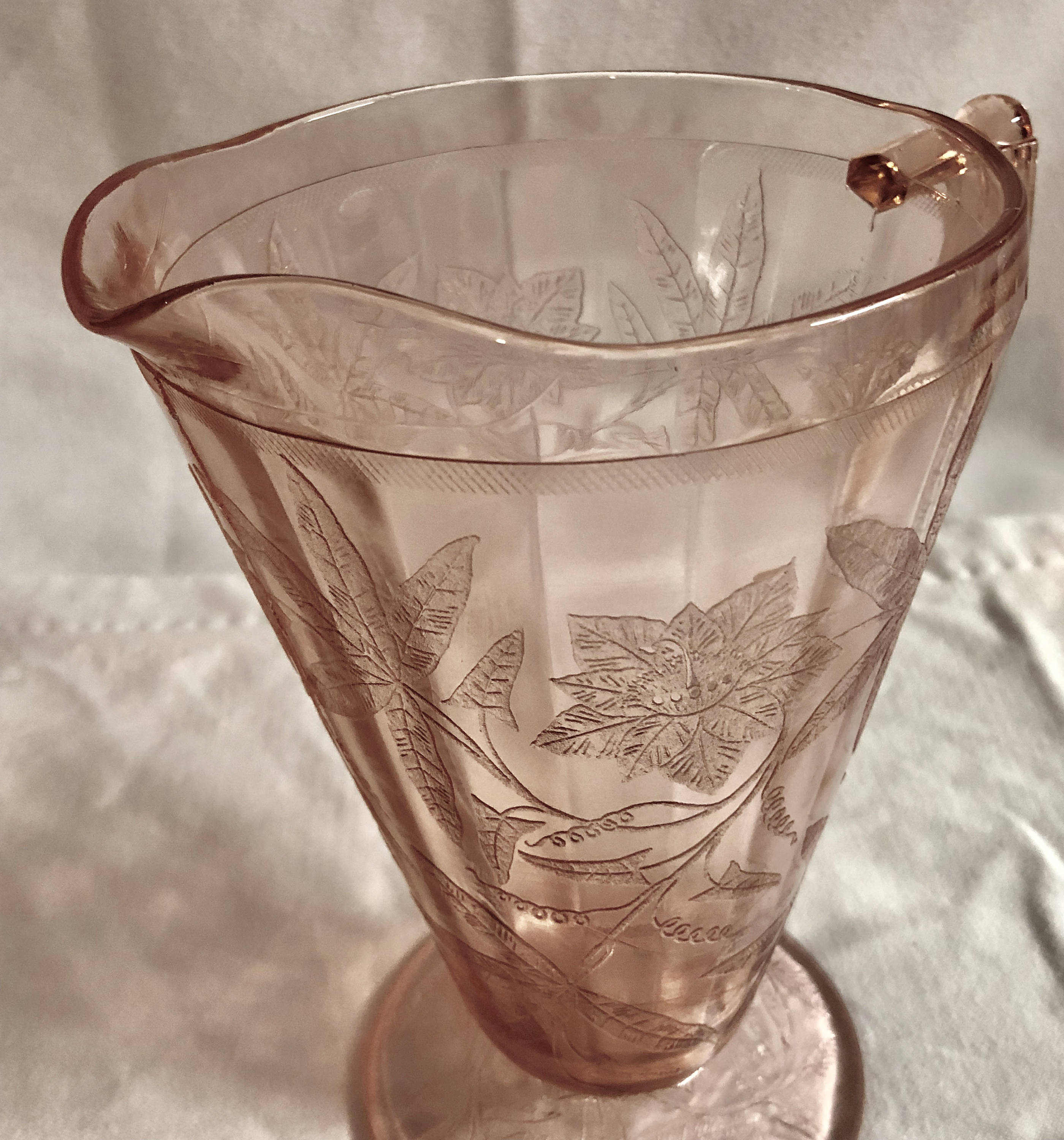 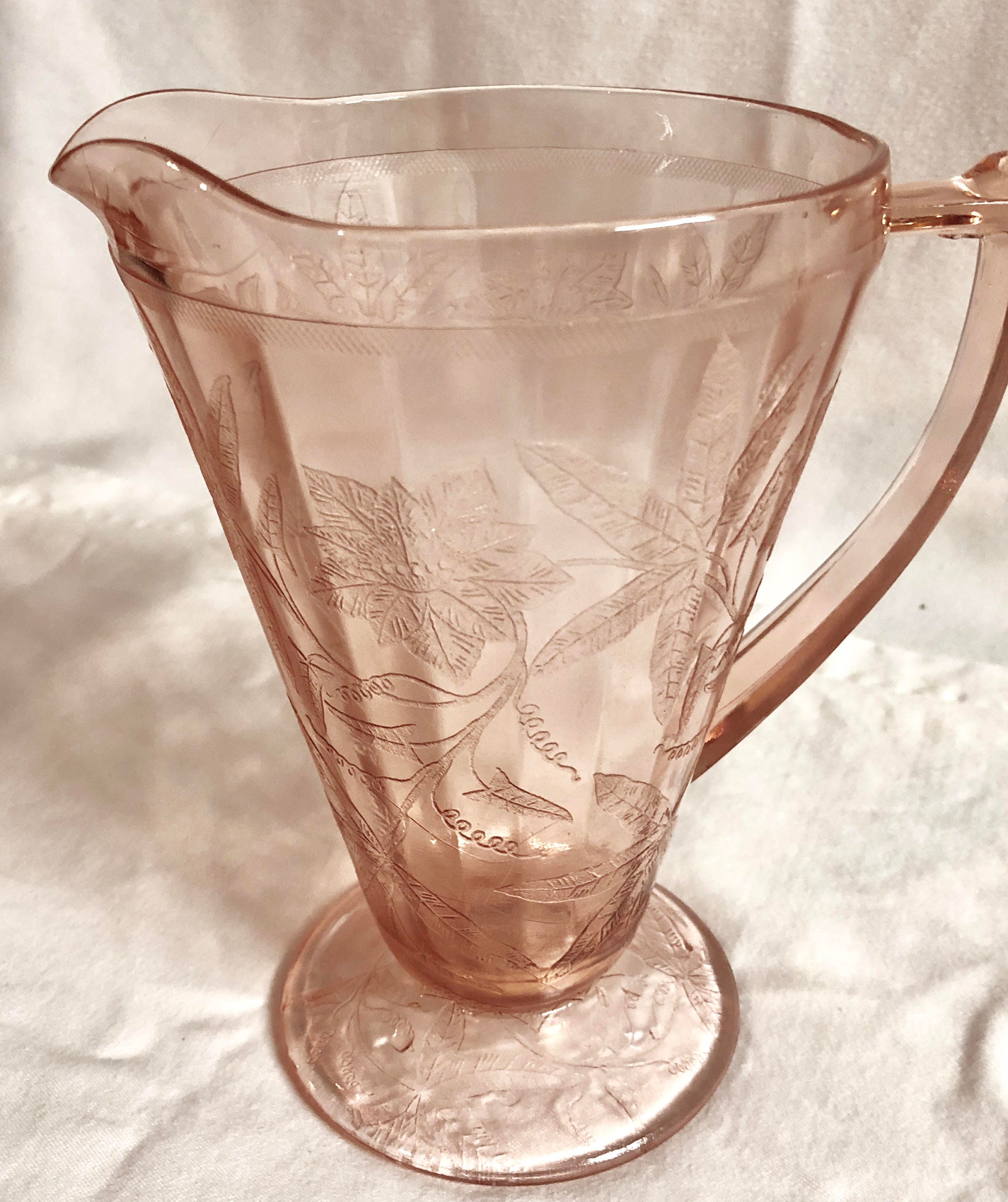 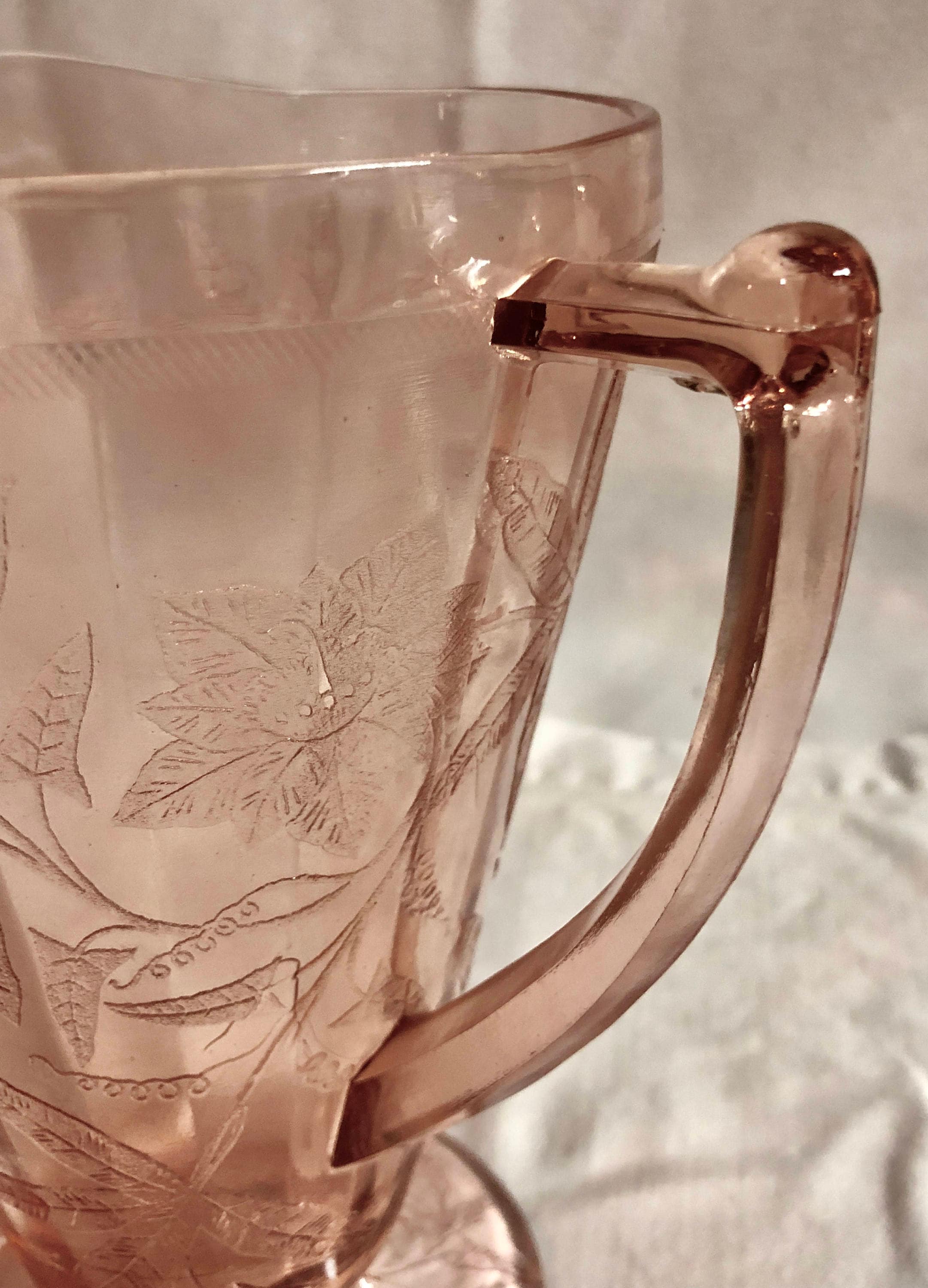 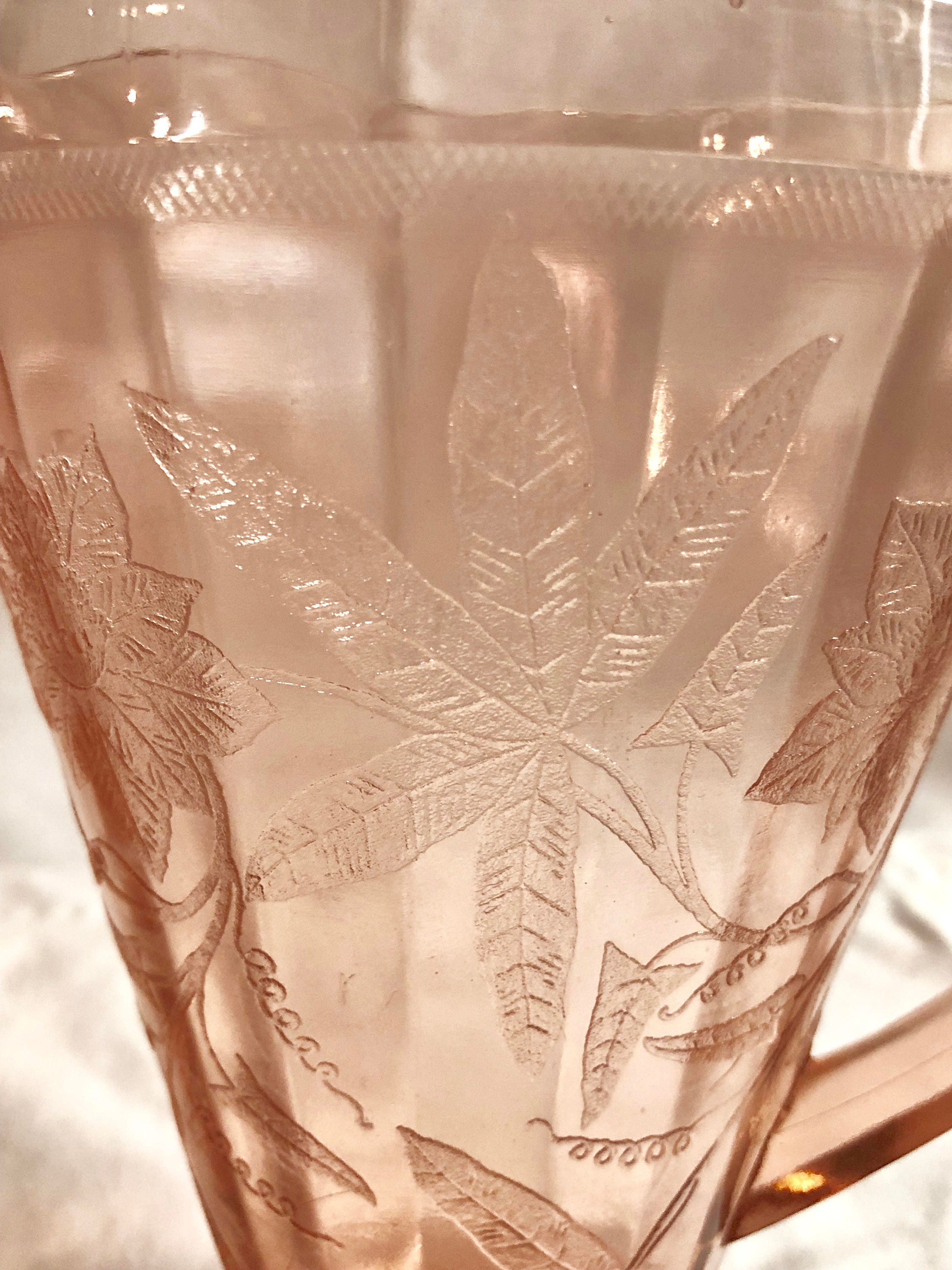 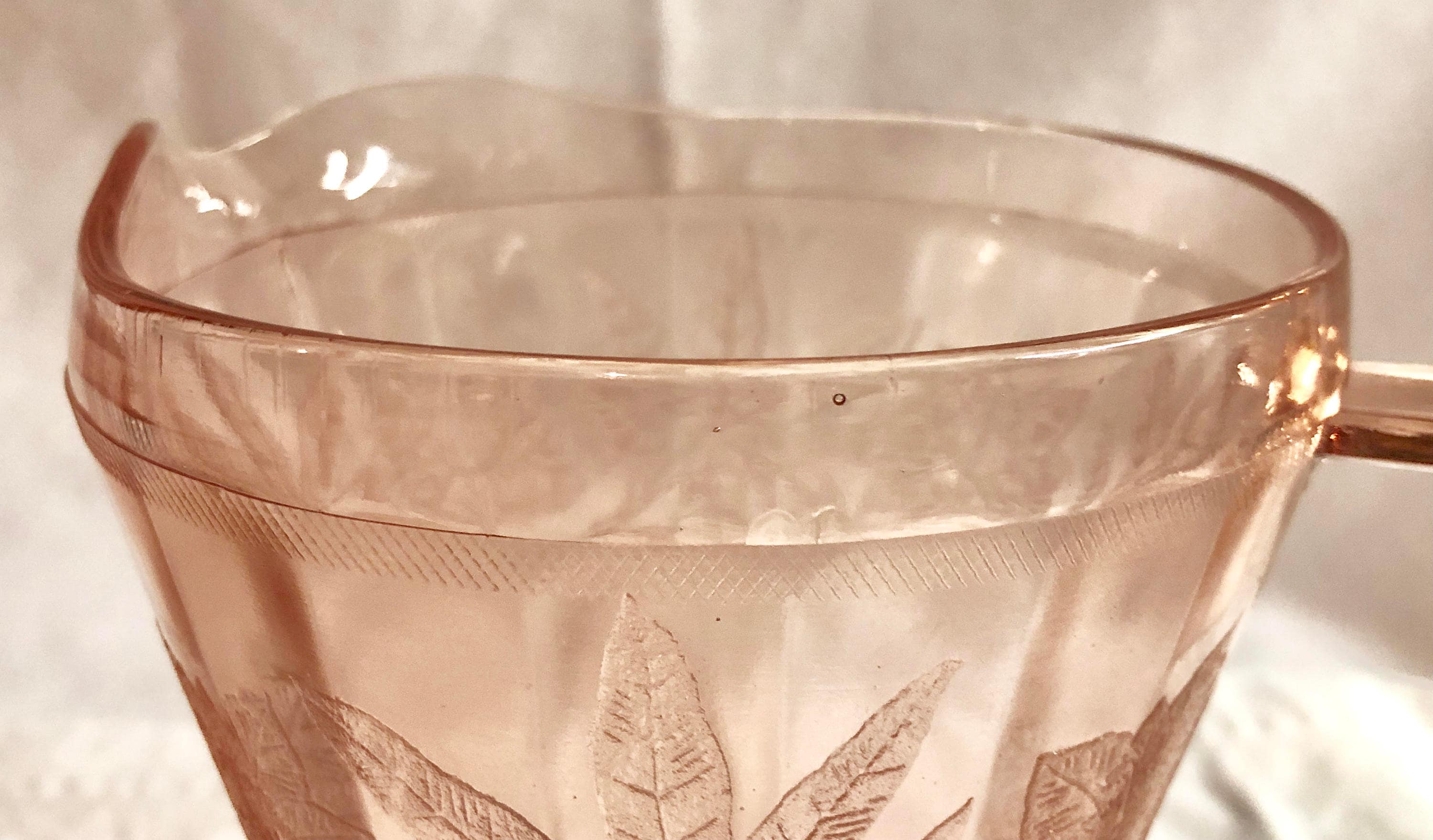 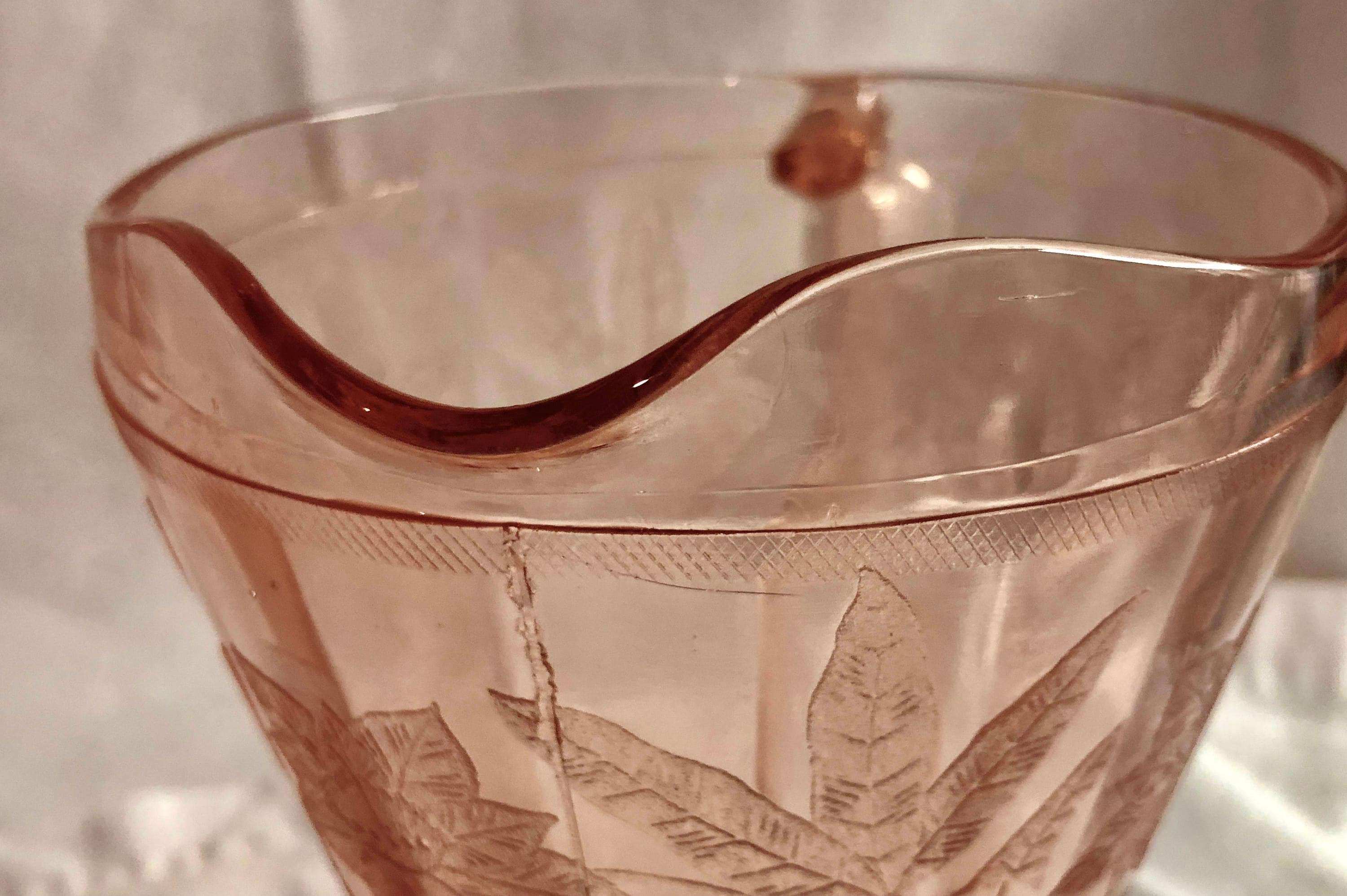 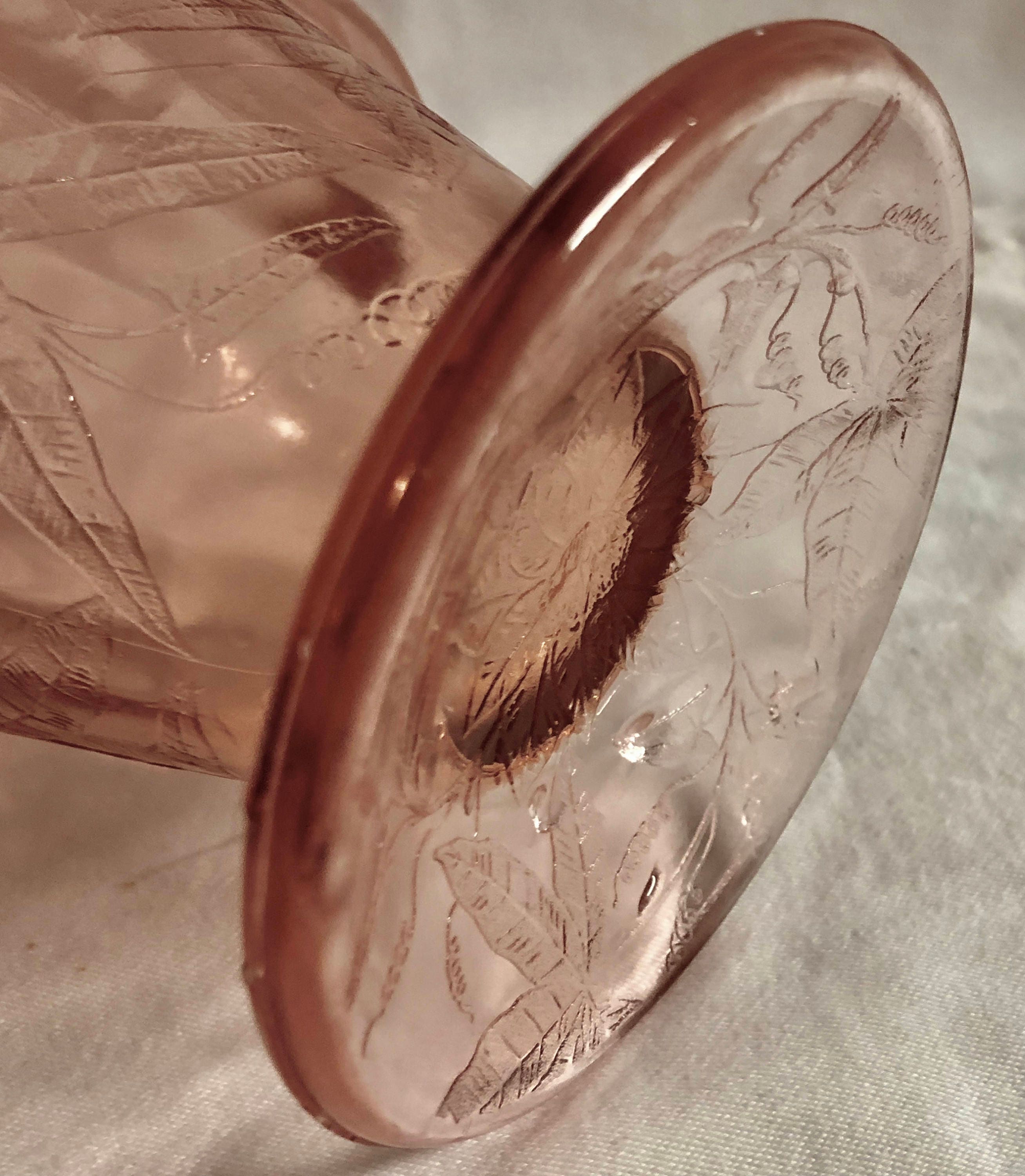 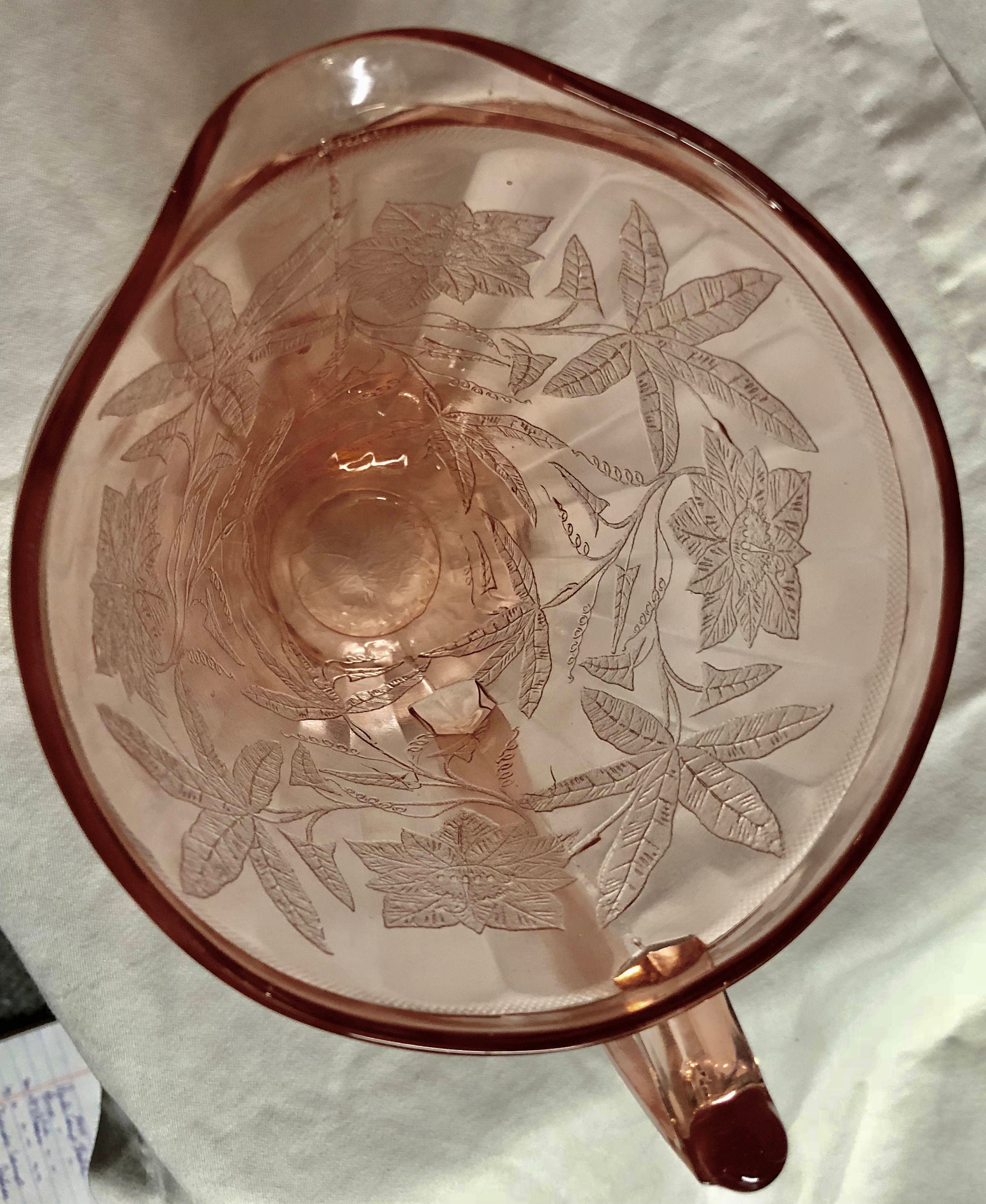 This antique blush pink floral pattern known as either Passiflora, Passion Flower or Poinsettia Pattern Depression Glass Pitcher is footed in a cone shape with floral design. This pattern was made from 1931 until 1934 by the Jeannette Glass Co

Depression glass was popular and affordable when it was new. The dime store, where the thrifty homemaker could find everything from toiletries to household goods, was a common source for this inexpensive purchase.


At a time when a loaf of bread would set you back about a nickel, frugal shoppers could also buy a piece of Depression glass for around the same price. In fact, there’s a fantastic photograph included in The Collector’s Encyclopedia of Depression Glass by Gene Florence (now out of print but available via used booksellers) showing a Woolworth's window display advertising an Old Colony pattern sherbet dish and under plate "complete" for 10 cents.
Depression glass also made its way into American homes through the issuance of premiums. Sellers or manufacturers would offer a free gift with the purchase of a certain dollar amount of goods or a specific product, and penny-pinching ladies took full advantage of these freebies.
Glass was plucked from an oatmeal box one week, then from a detergent box the next. Sometimes gas stations would throw in a punch bowl and matching set of cups with an oil change. Movie theaters got in on the action offering a piece of glass with a ticket to a Saturday matinee. You might even hear old timers refer to some of these pieces as "oatmeal glass" due to their origin.