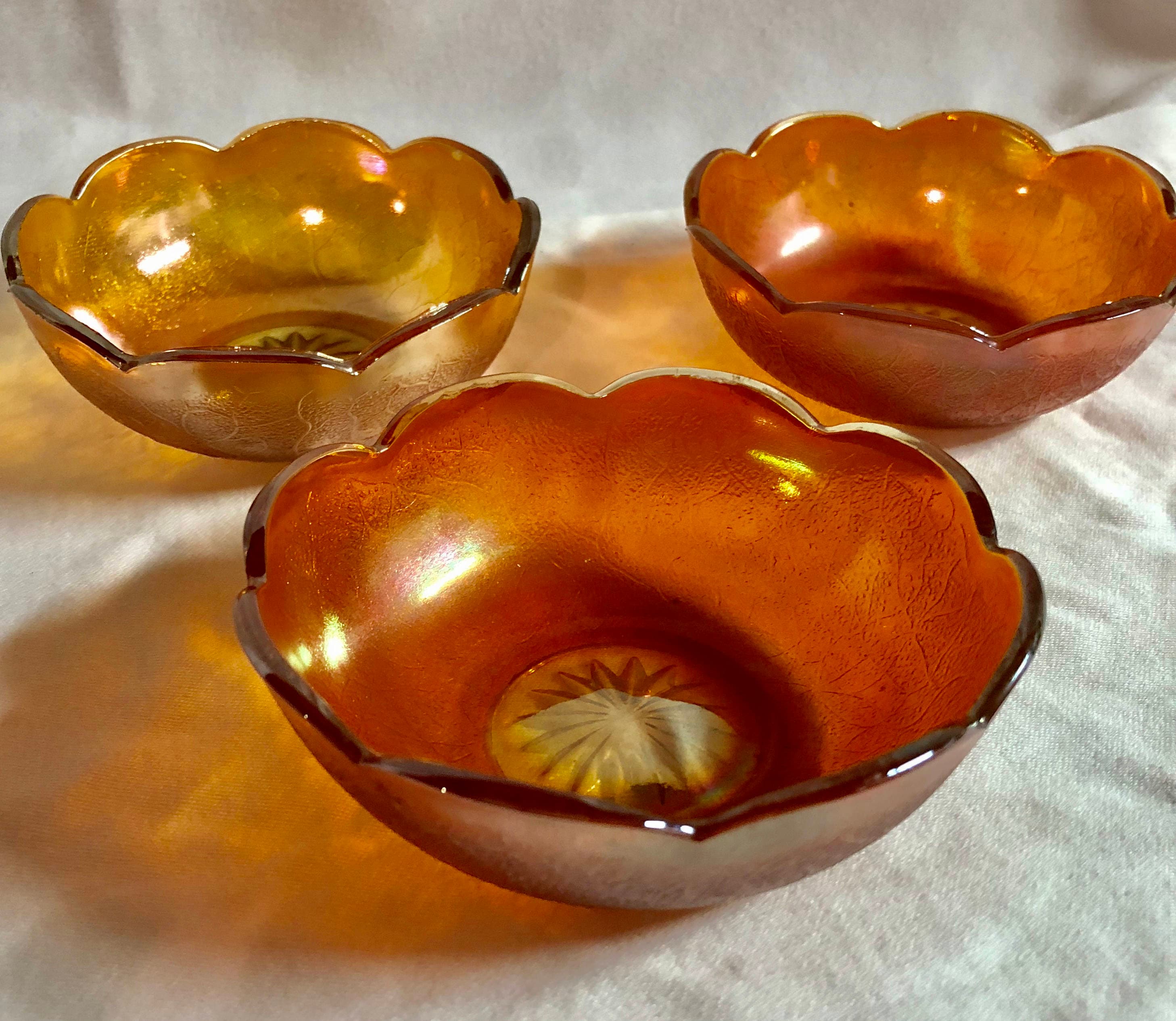 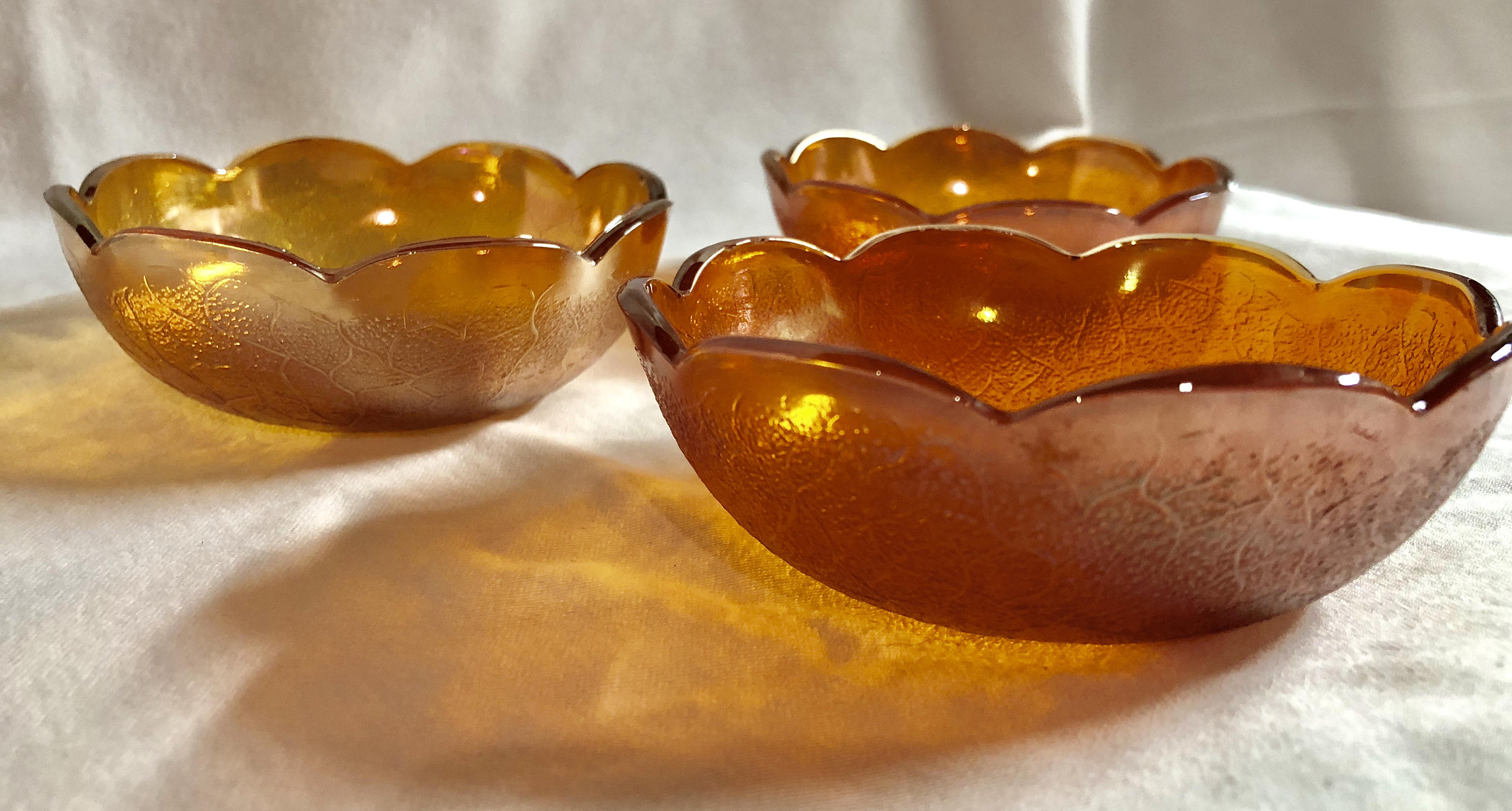 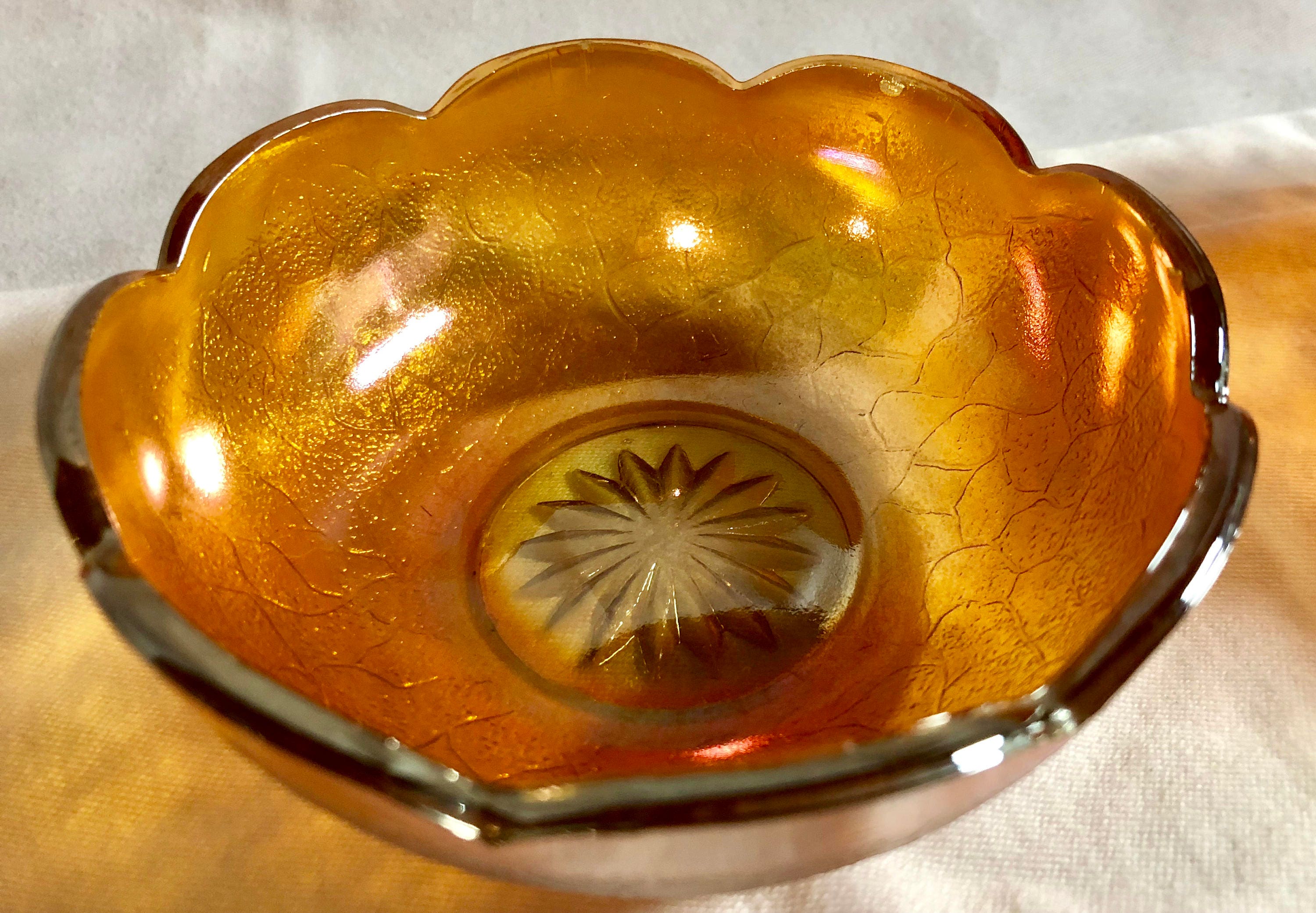 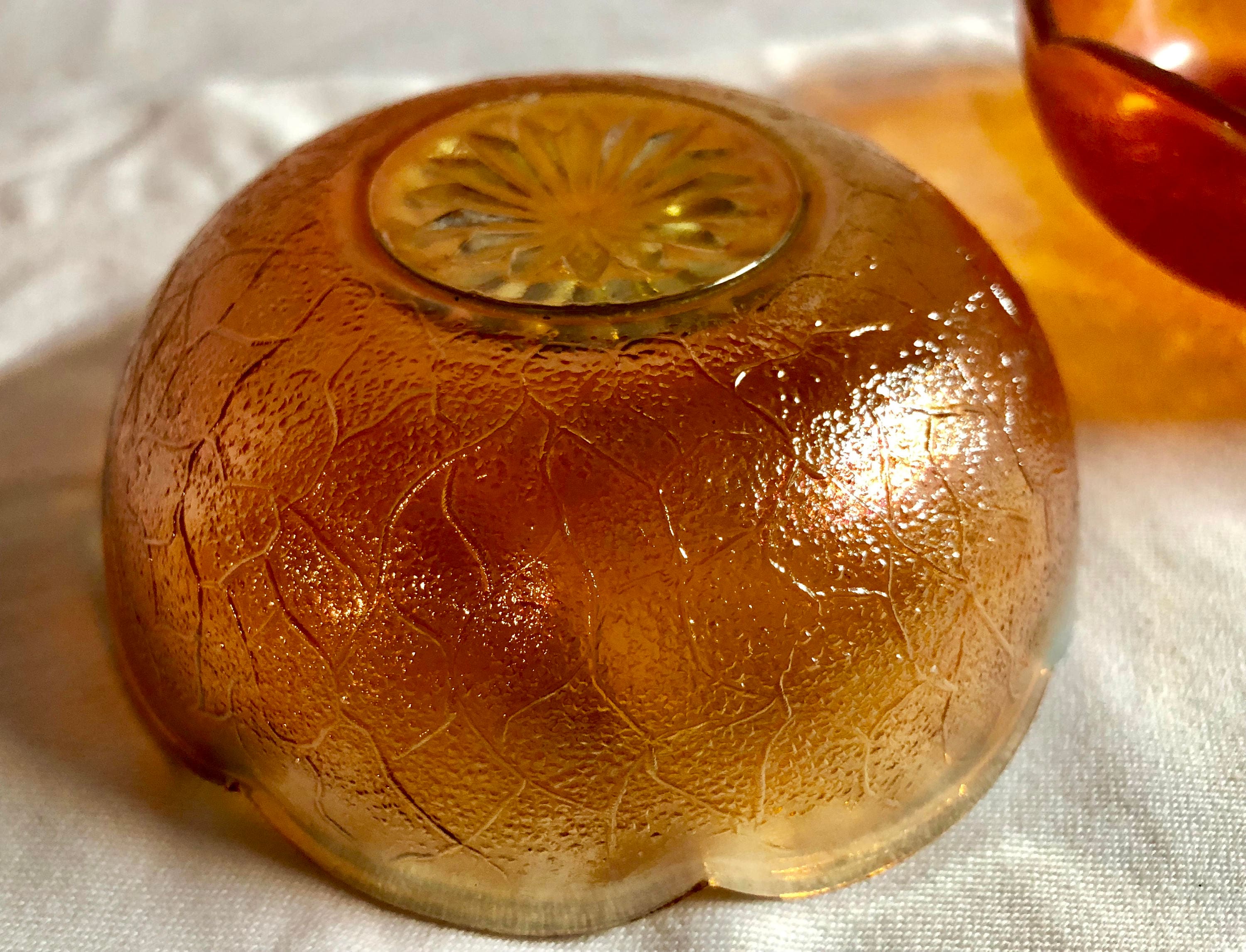 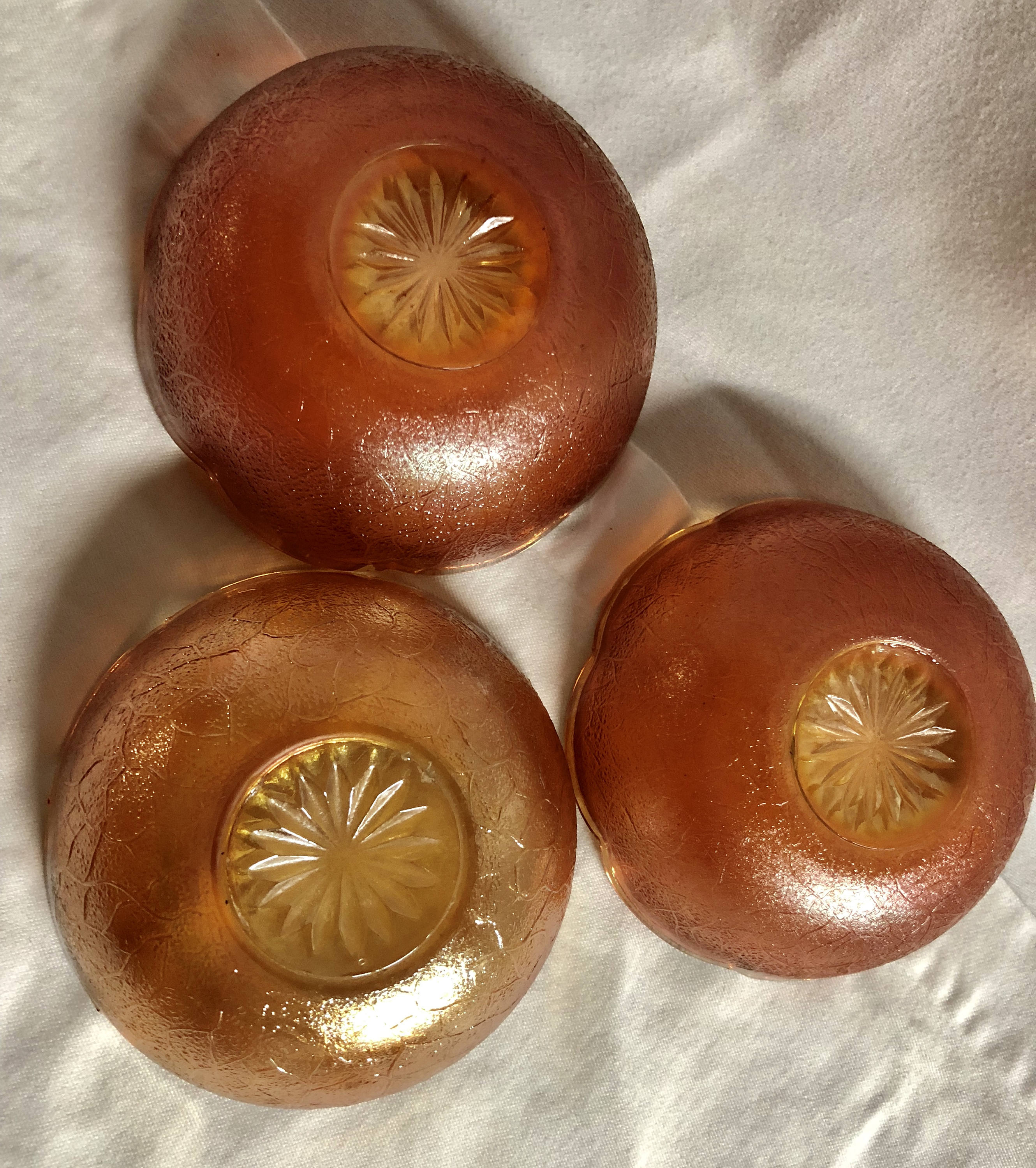 Set of Three Amber Carnival Glass Bowls with Crackle pattern and scalloped edges are in perfect condition and great for serving !!
They measure 1 1/2" x 4 1/4" no chips or cracks.