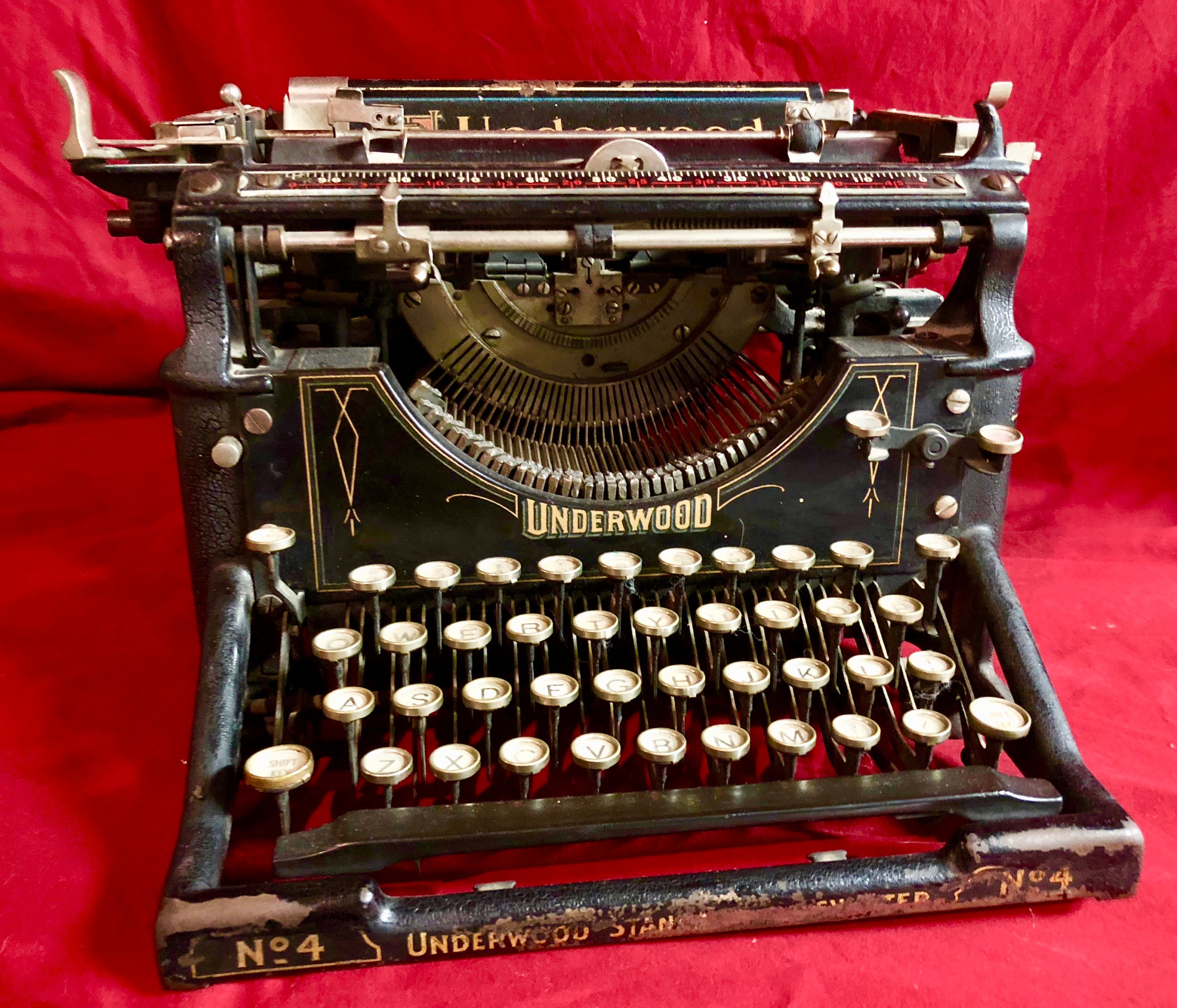 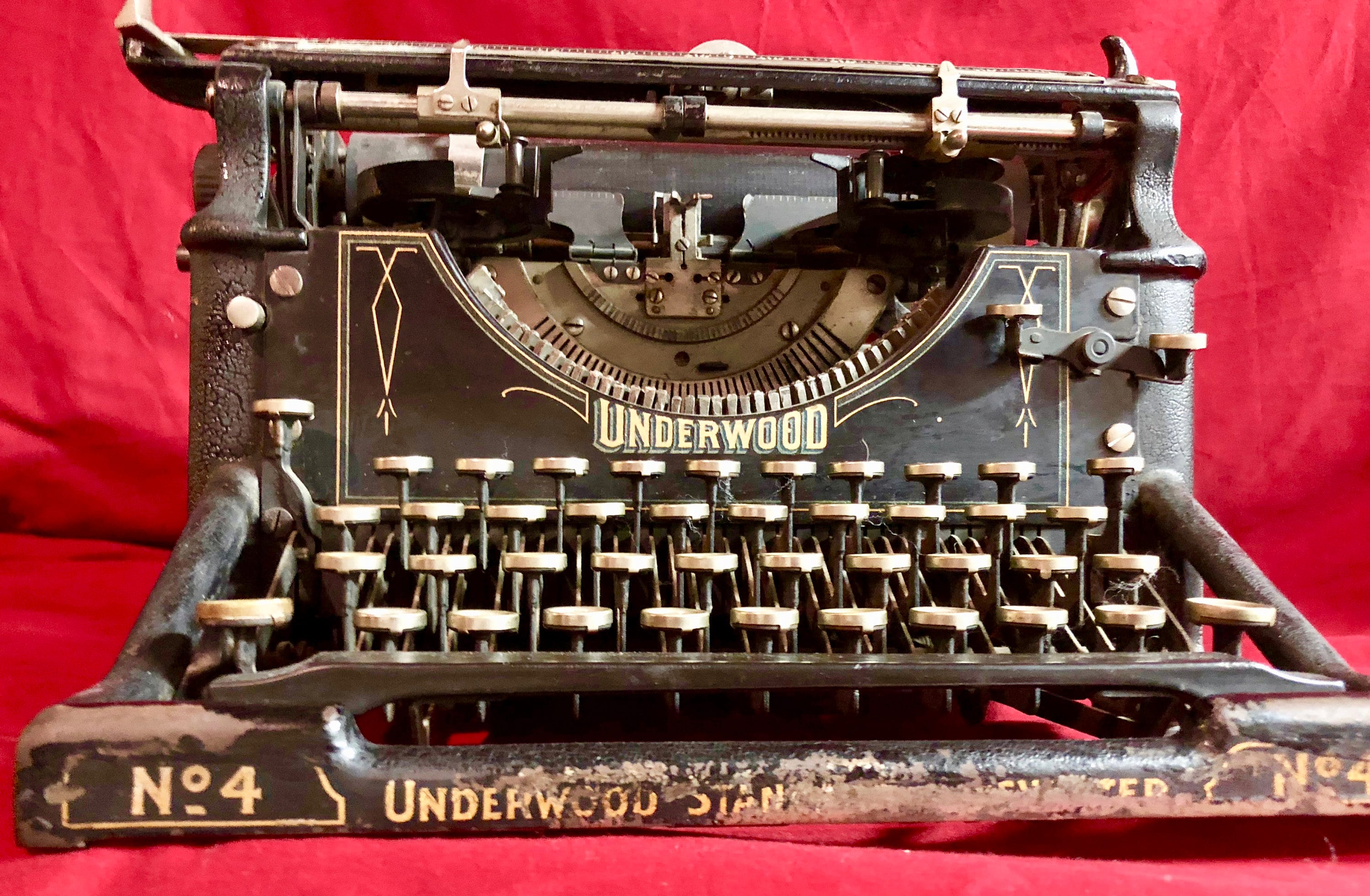 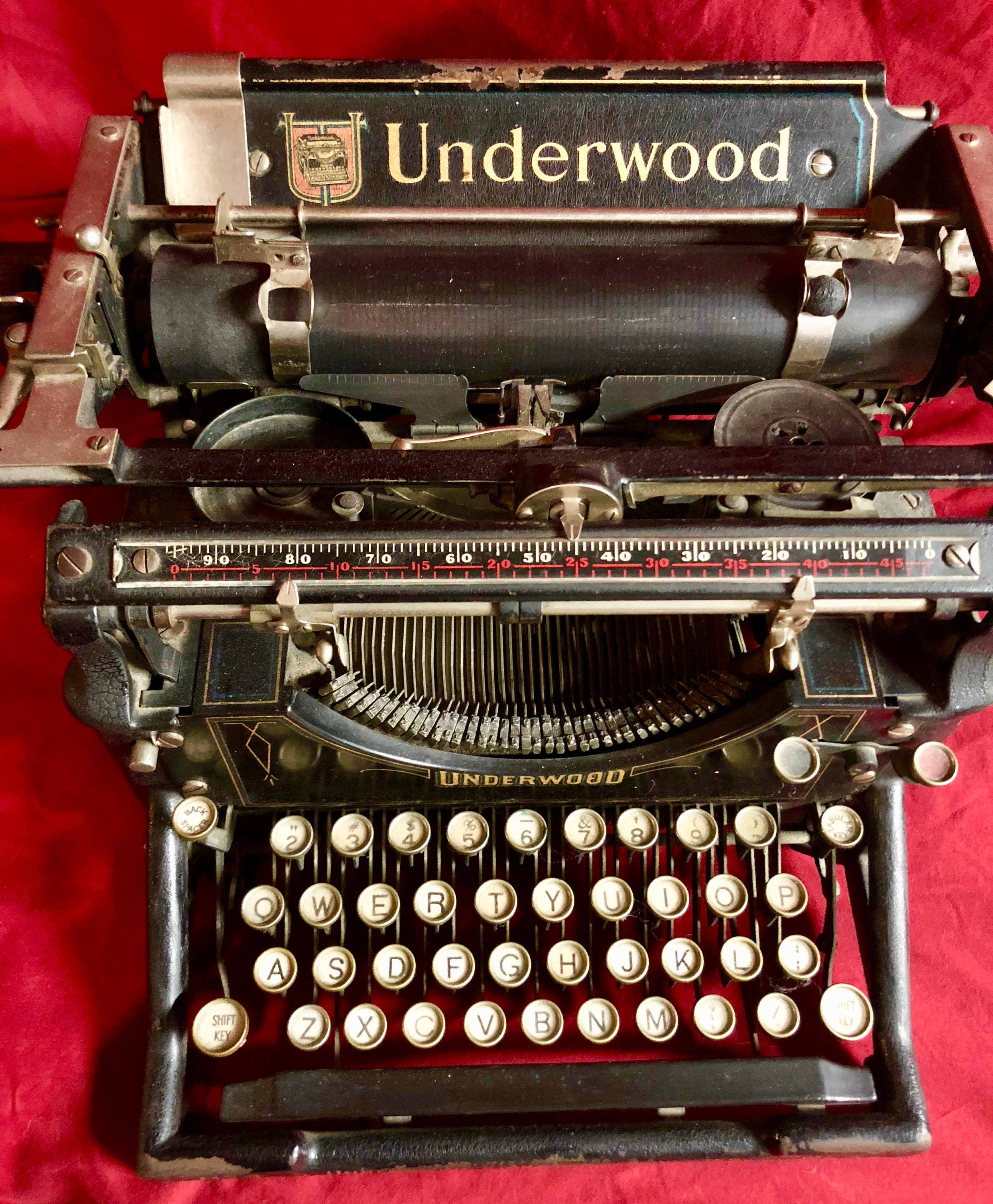 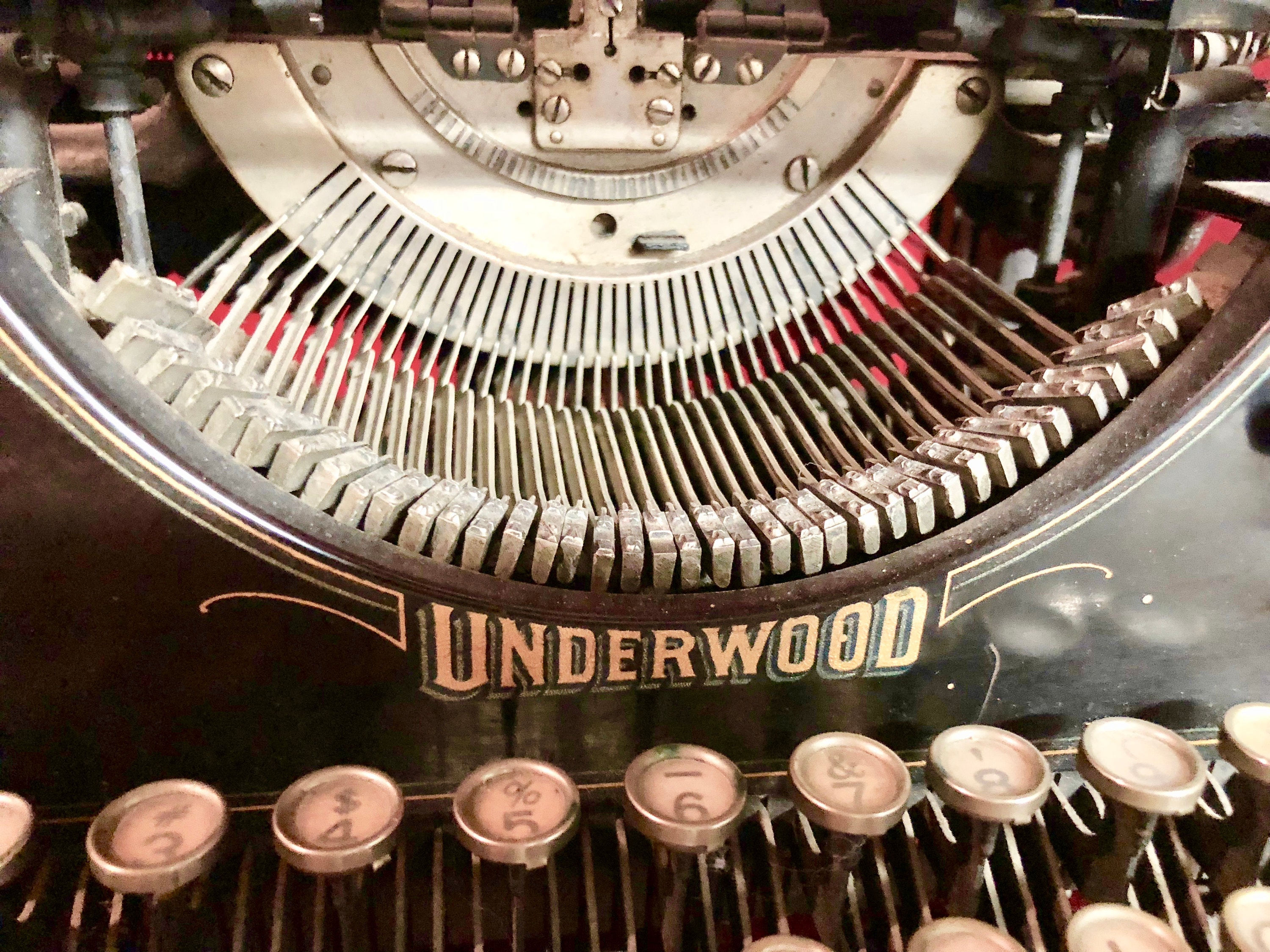 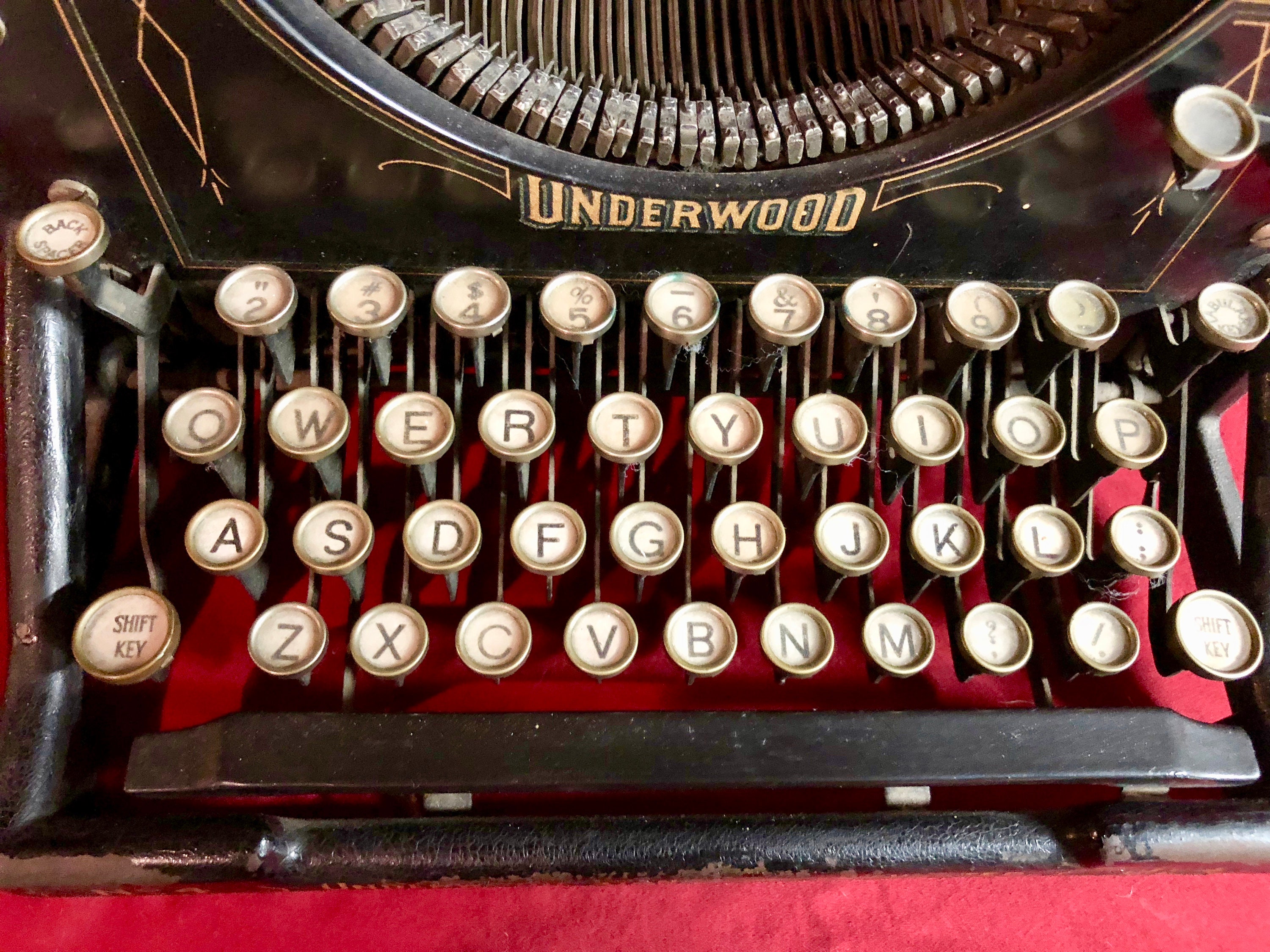 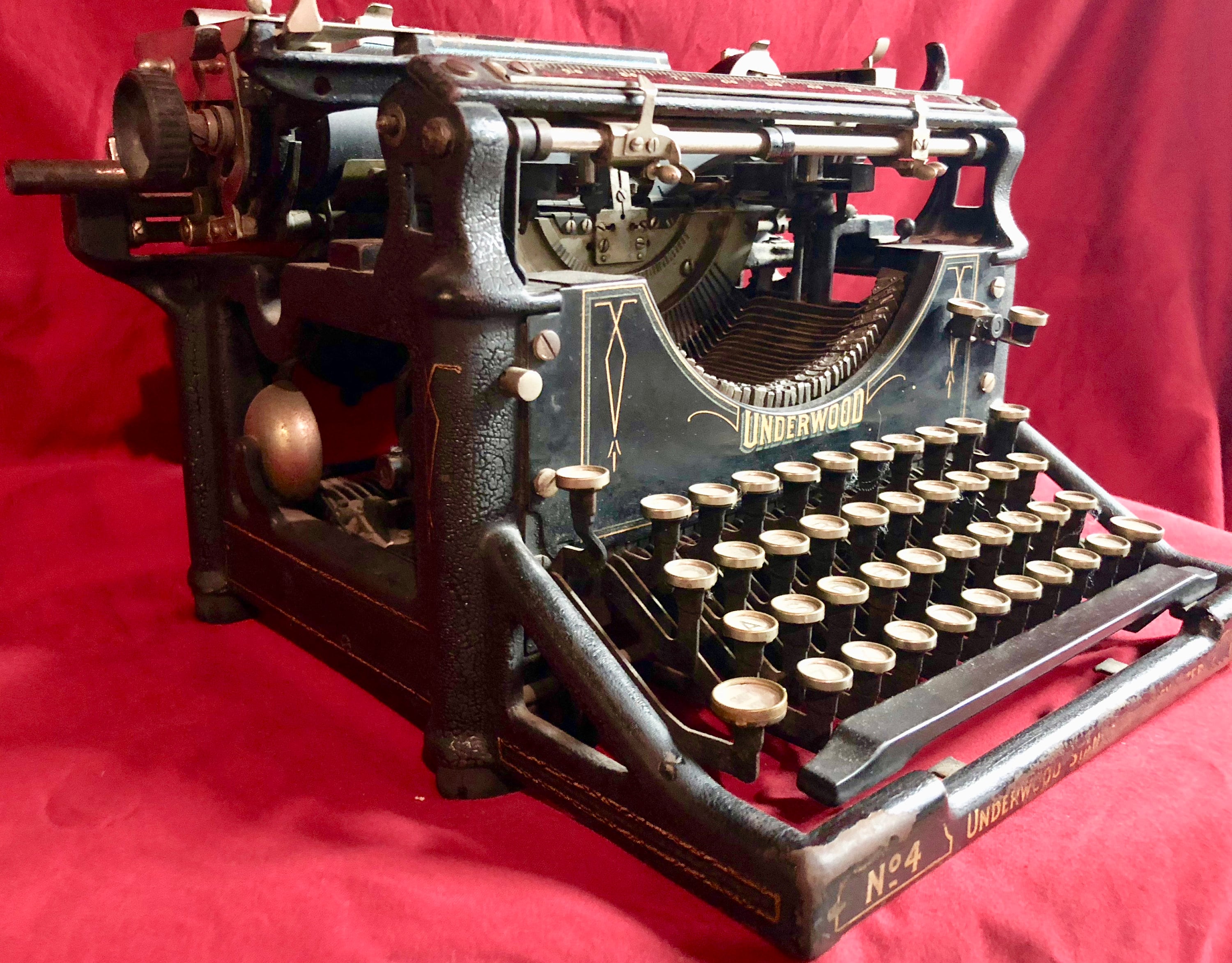 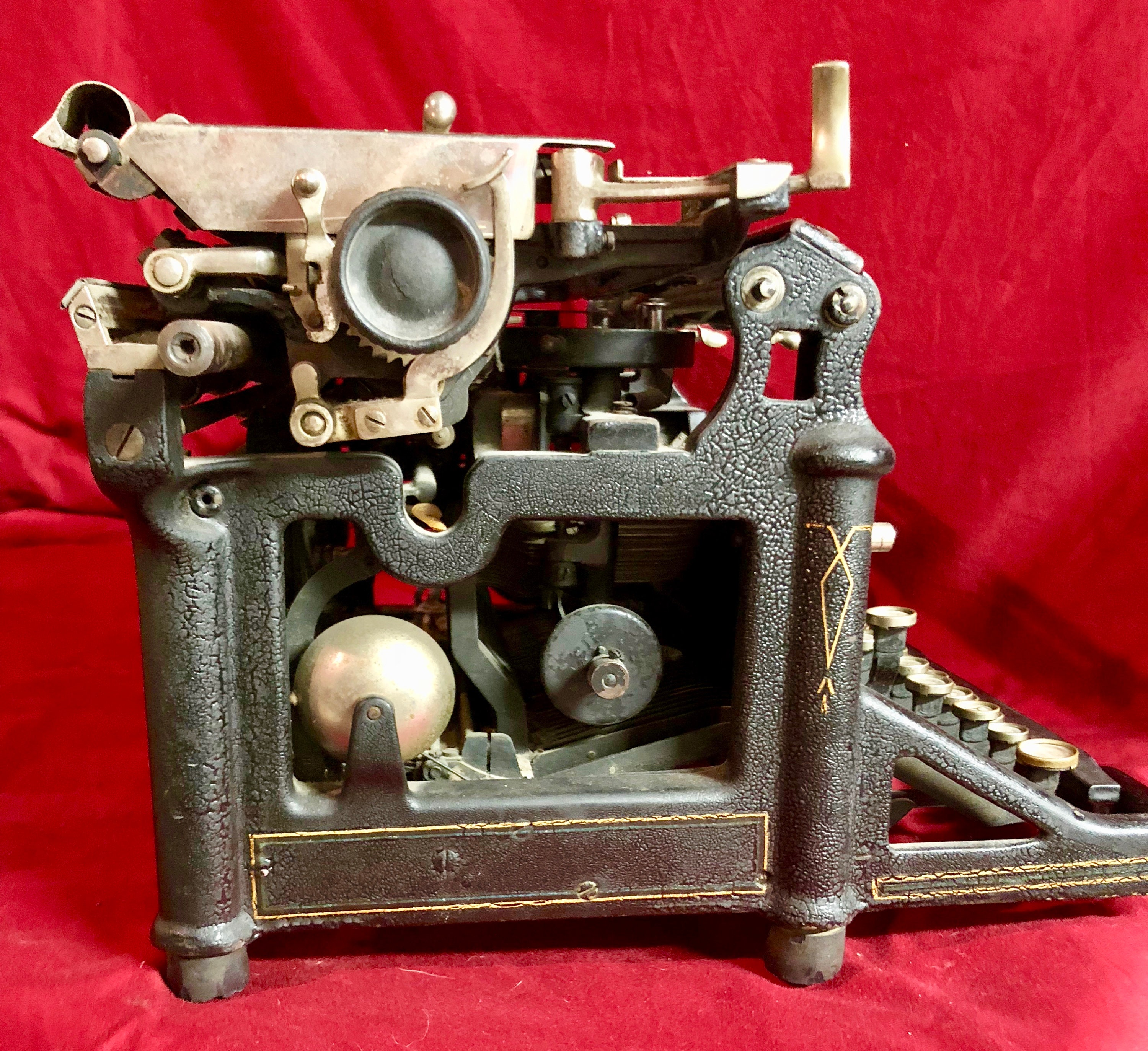 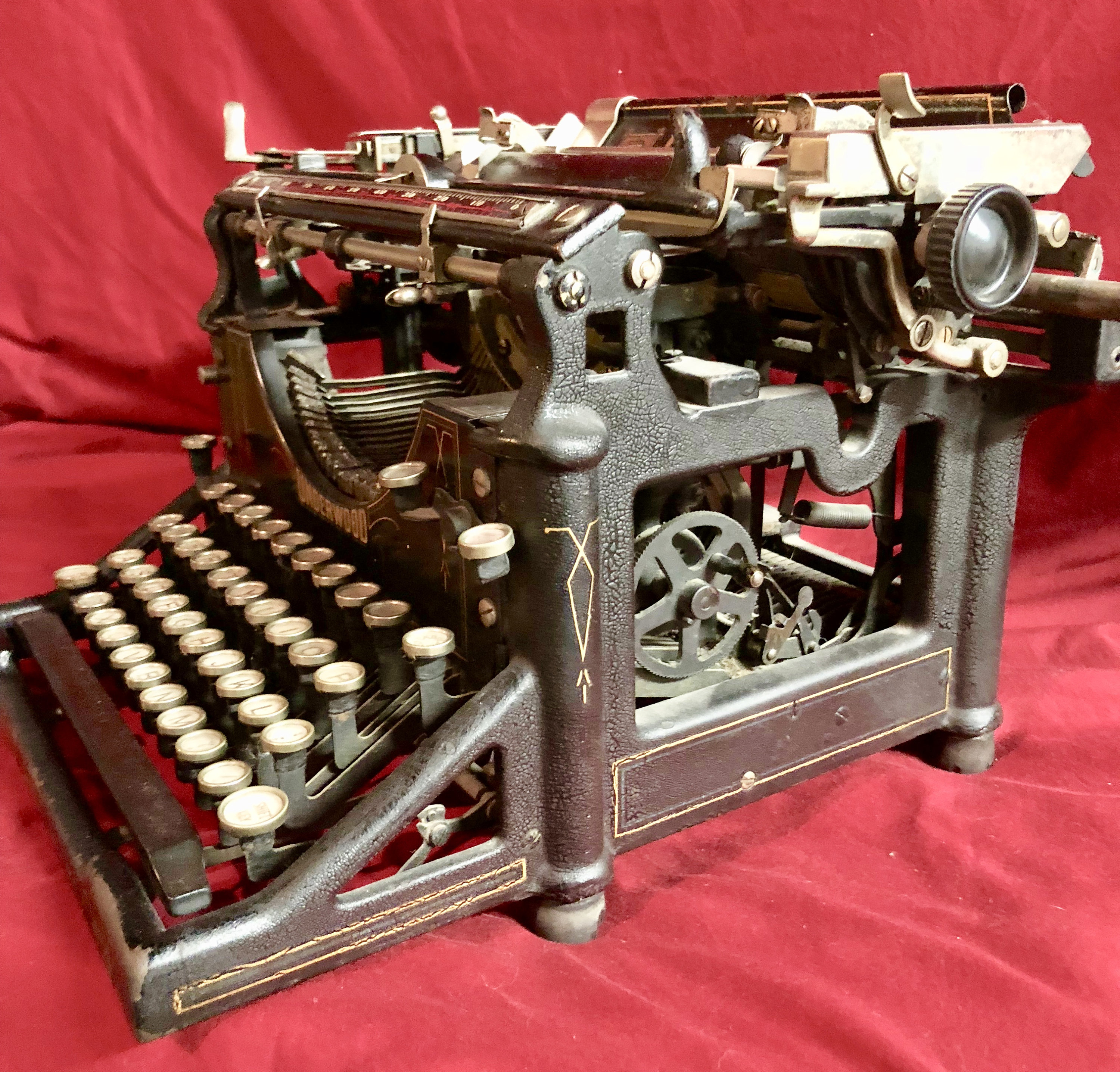 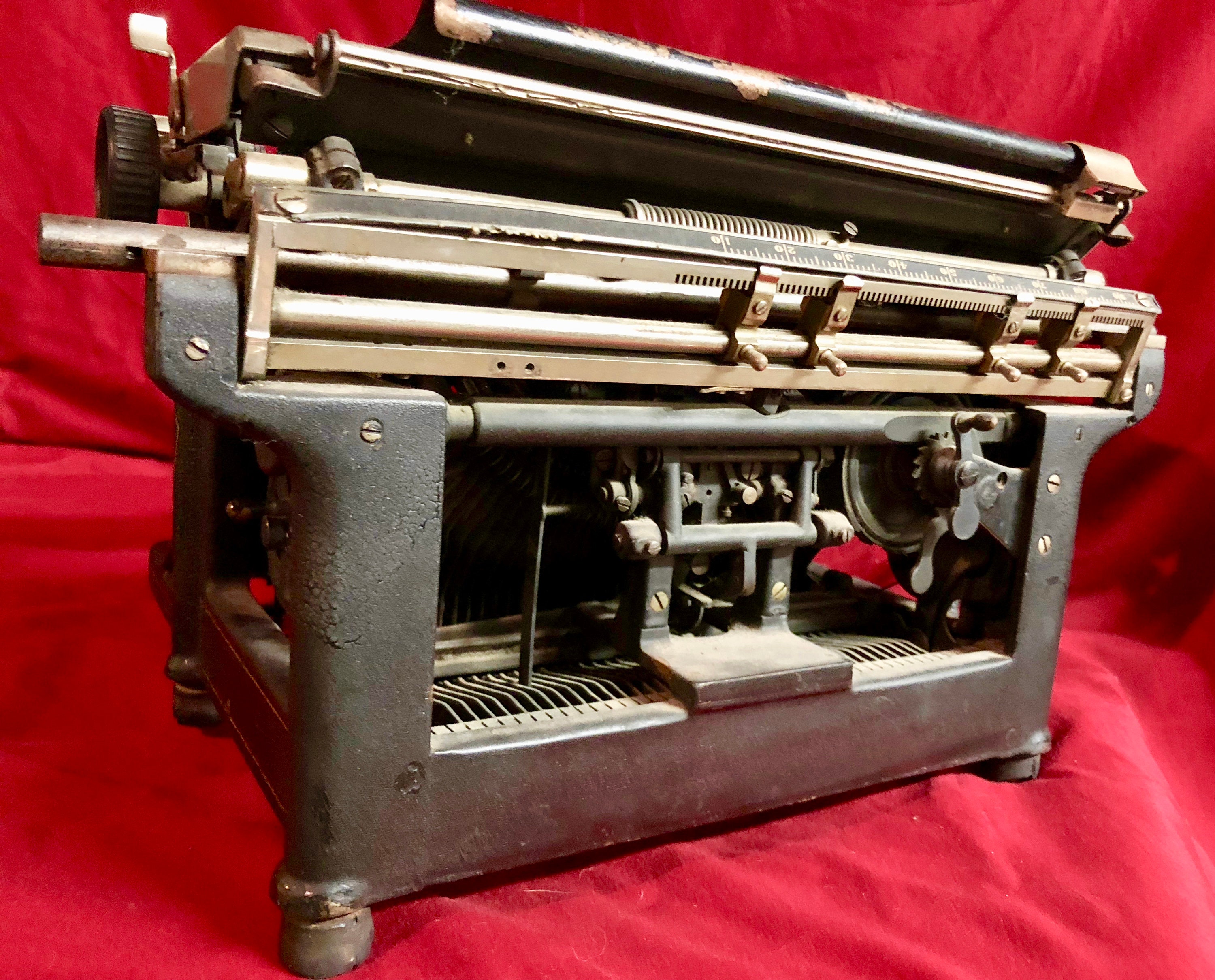 This is a Vintage Industrial Chic Underwood Typewriter No 4- beautiful in any office or home decor!
It's in great condition with the exception of some rubbing along the front lettering as seen in pictures. All keys are intact and functioning- no sticking.
It measures 15" x 12" x 9"

The Underwood Typewriter was created through the genus of a German-American inventor named Franz X. Wagner and the first underwood typewriter was produced for the Wagner Typewriter Company.  The actual “Underwood” name comes from John T. Underwood, who was funding and eventually purchased Wagner’s company early in its history
The scarcest and most valuable Underwoods are the No. 1 and No. 2. About 12,000 of these were made between 1896 and 1900. They are labeled "Wagner Typewriter Co." on the back, and differ in subtle ways from later Underwoods. One difference is the absence of the see-saw ribbon color selector that you can see on the right side of the machine pictured at the top of this page.
Underwood Models 3, 4, and 5 were made from late 1900 until late 1931 or early 1932. The No. 3 is a wide-carriage machine, the No. 4 types 76 characters, and the No. 5 types 84 characters. The No. 5 was the quintessential Underwood. Millions of these machines were used by secretaries, journalists, government officials, and writers throughout the first half of the twentieth century. Later Underwoods were superficially modernized, but retained the same basic mechanism. The name "No. 5" was even given to some of these later typewriters, in honor of the model that made the company's fortune. The company was eventually bought by Olivetti, and in the early 1960s, the name "Underwood" finally disappeared from the typewriter world.

I do not accept returns.
Please review item description and pictures prior to purchase or contact me with any questions
I’ll gladly provide any additional
information
I ship quickly -1-3 business days-so I will only except a cancellation within 24 hours of purchase since I will be preparing the item for shipment in order to expedite your purchase