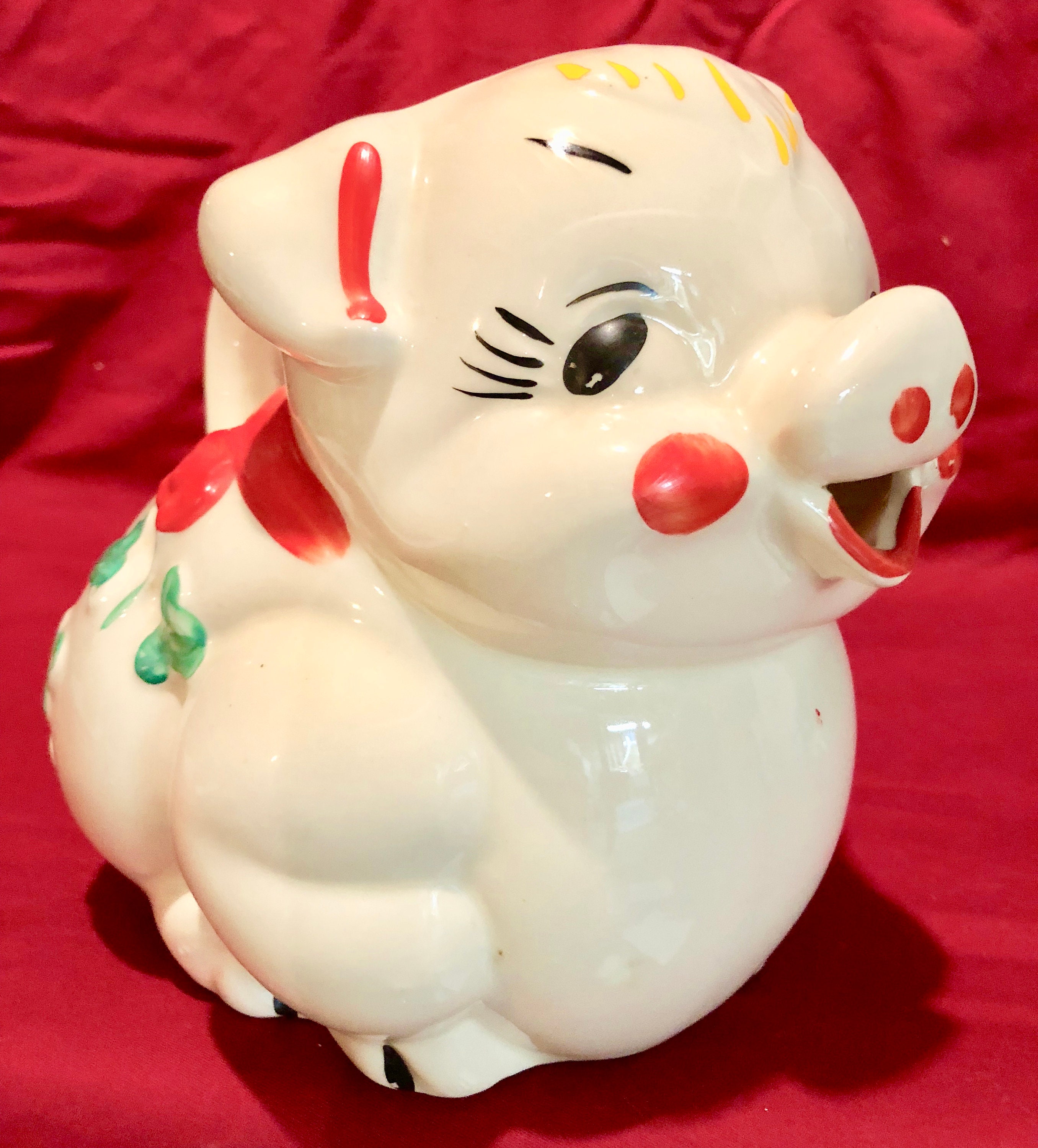 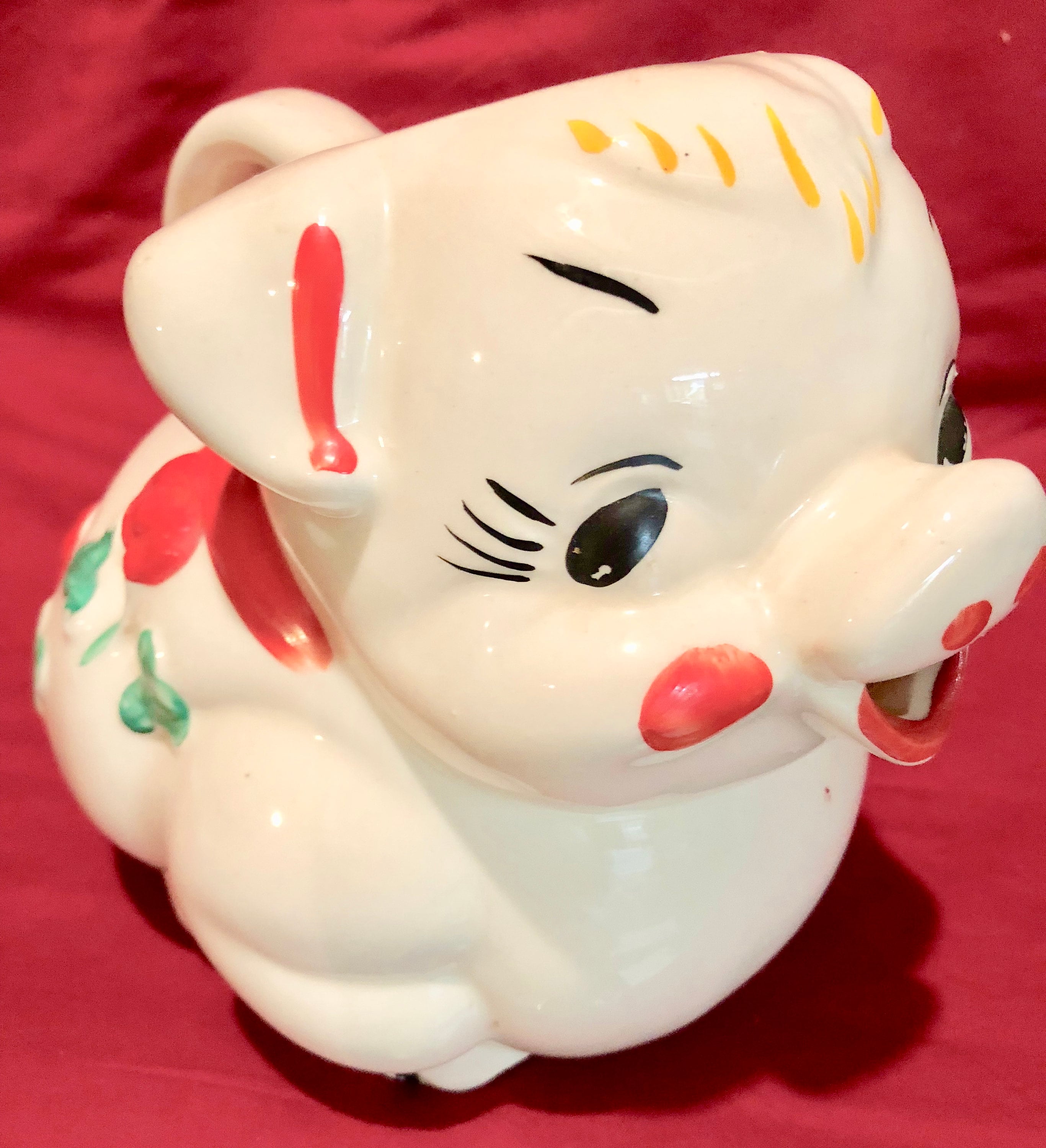 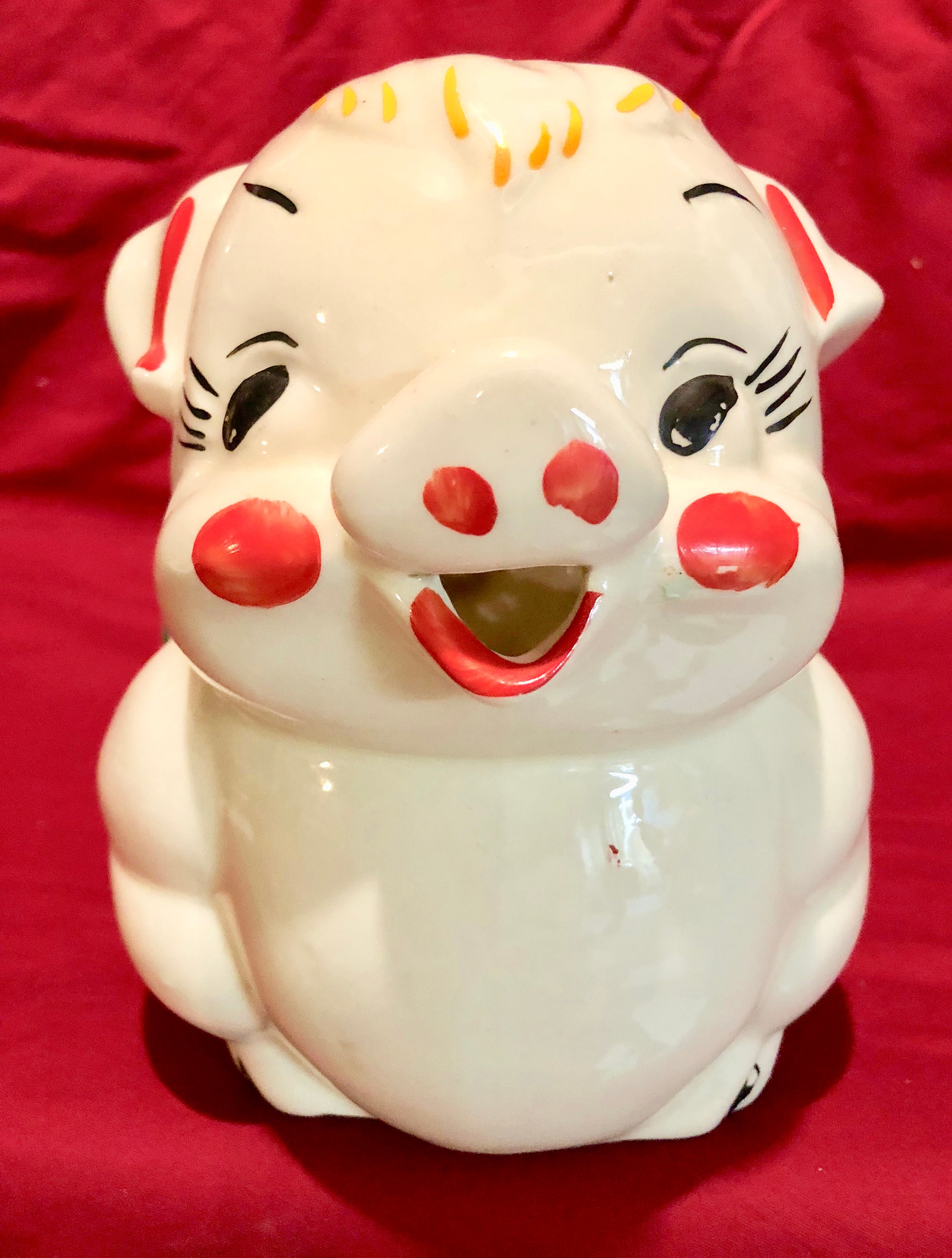 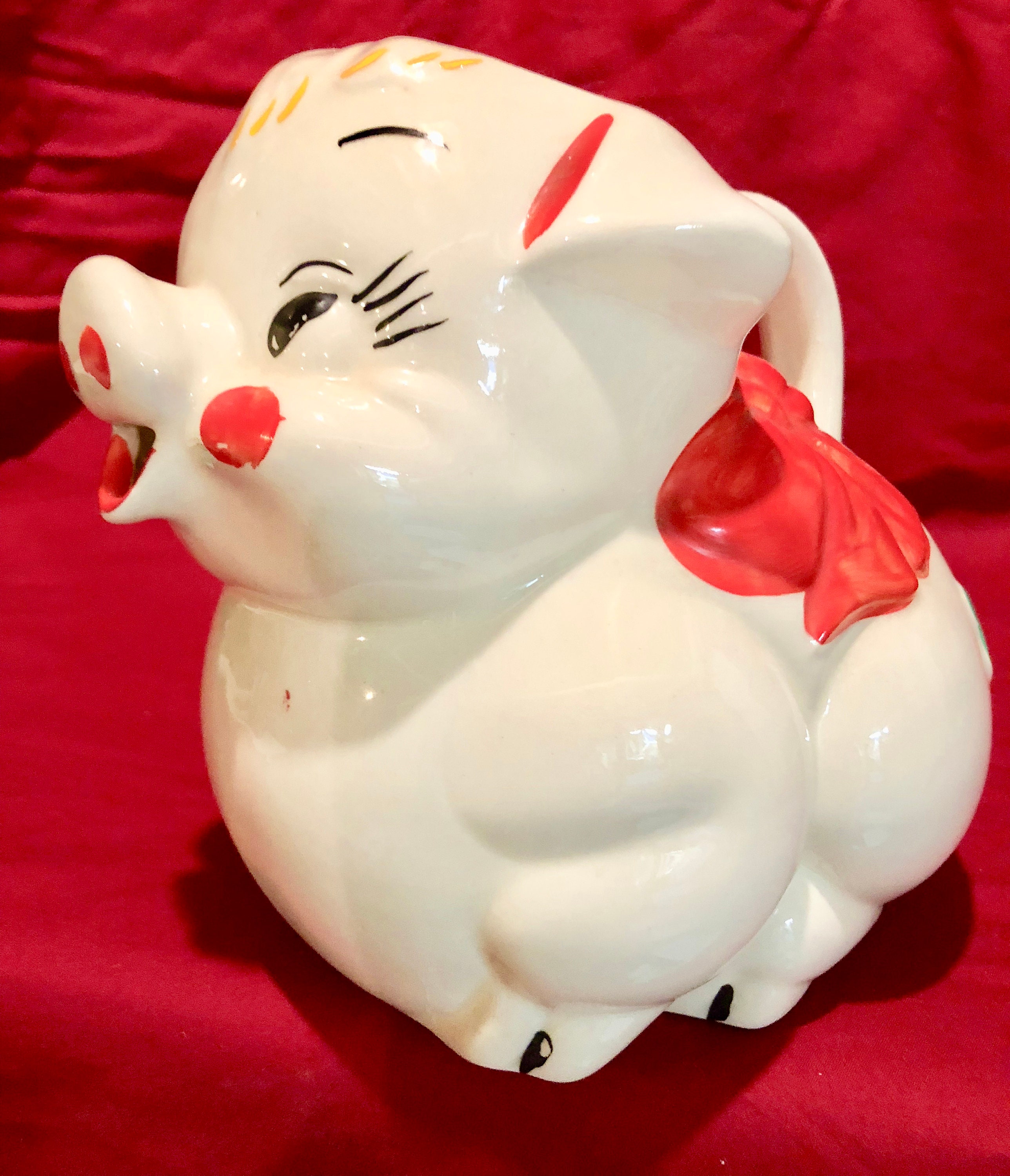 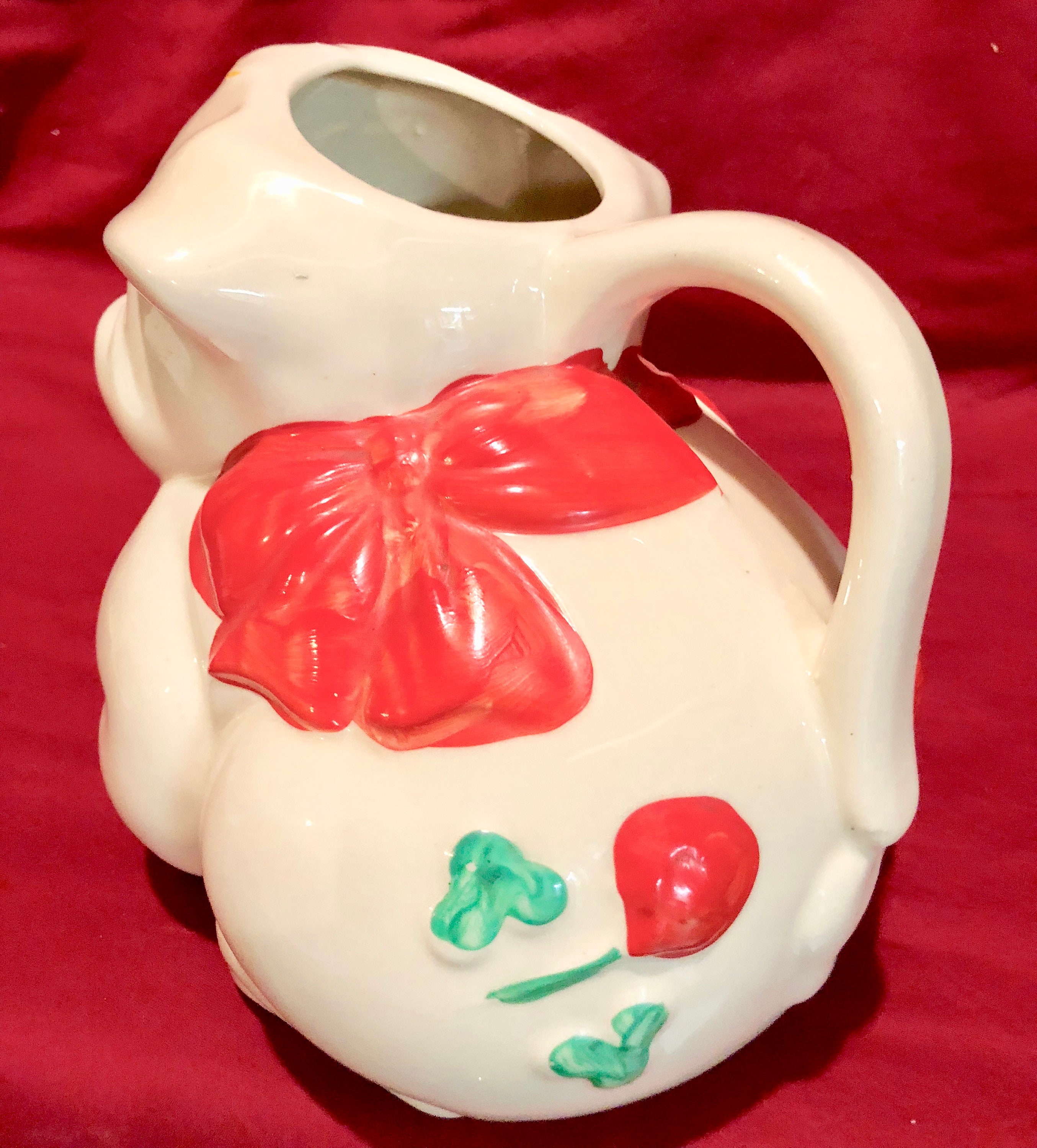 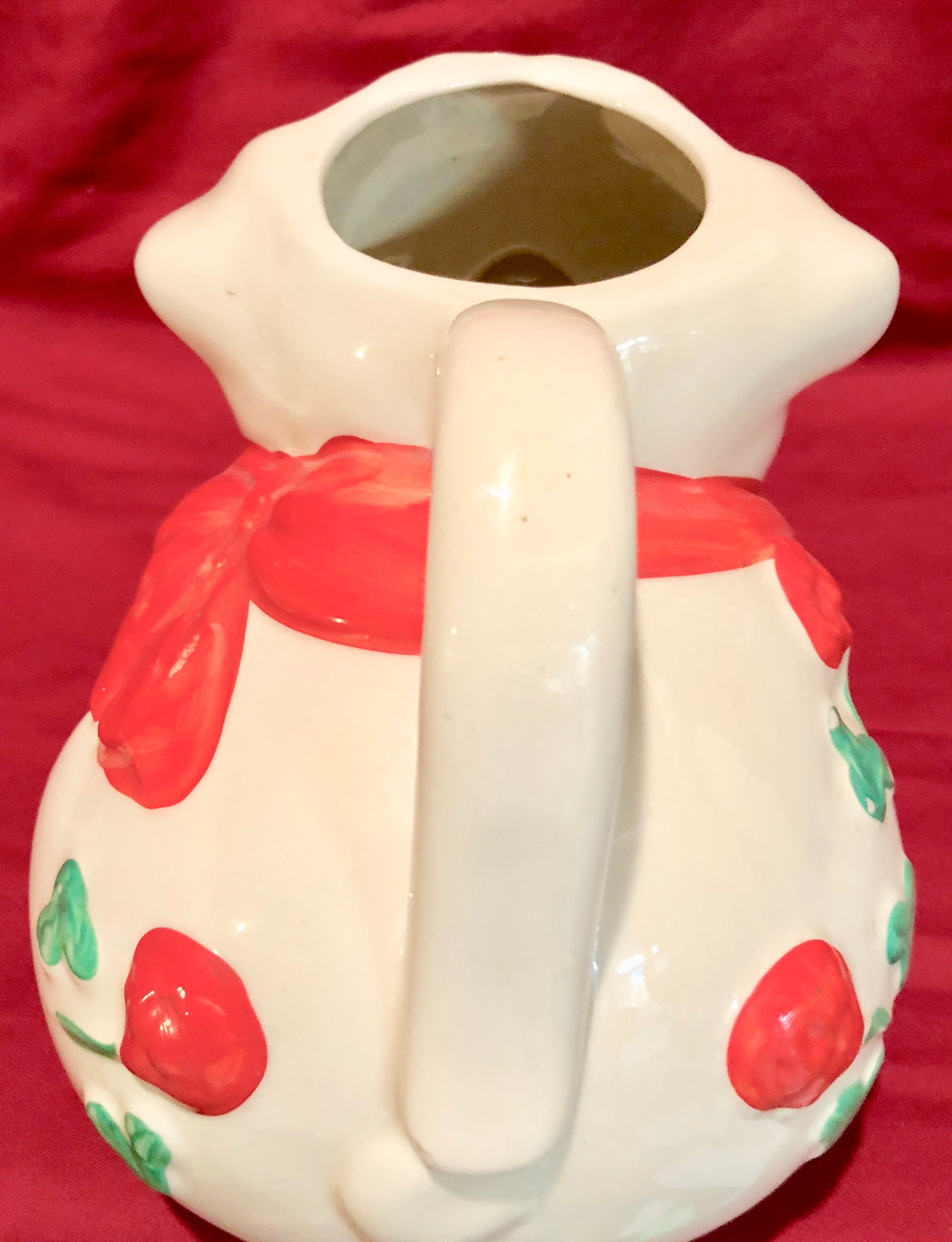 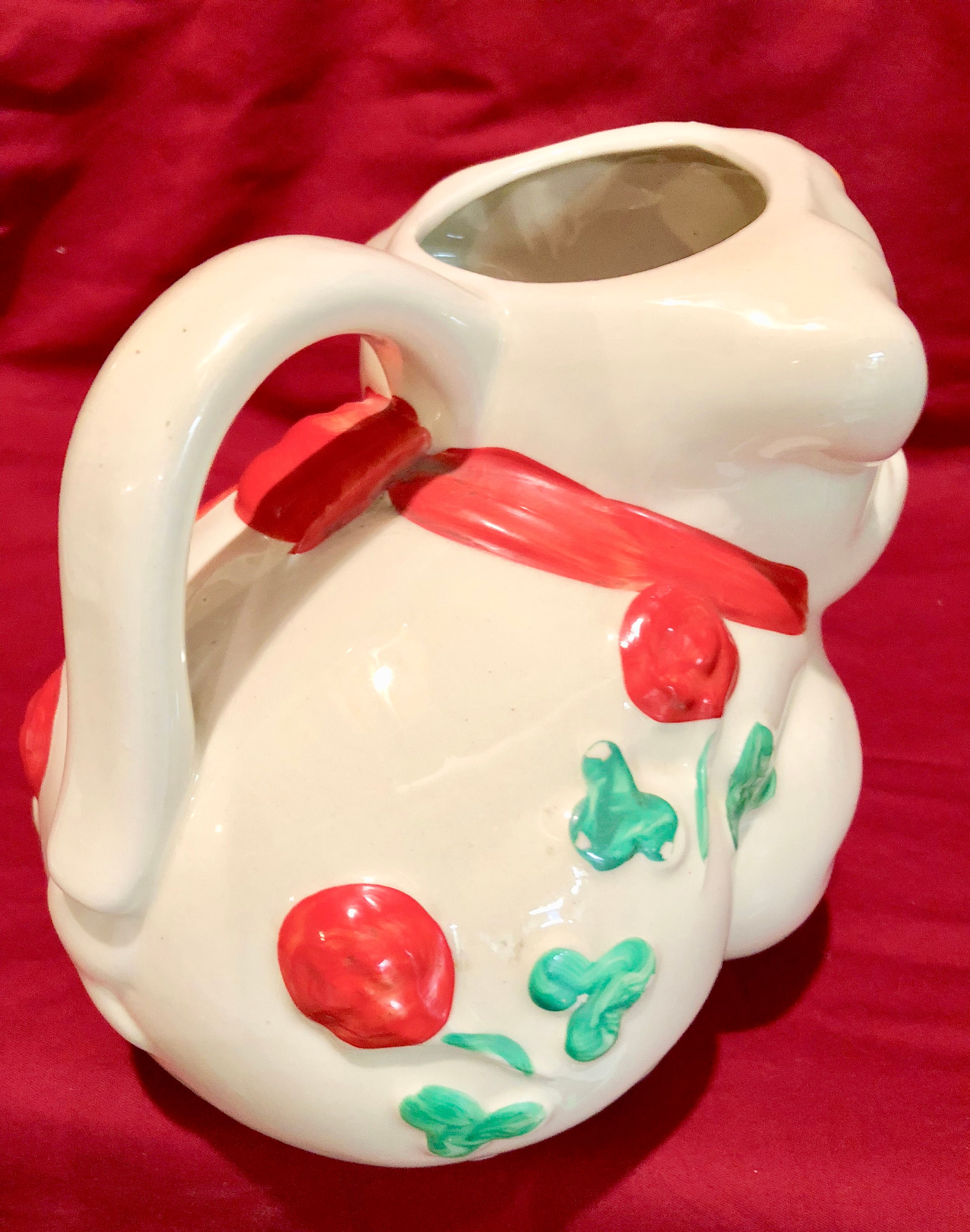 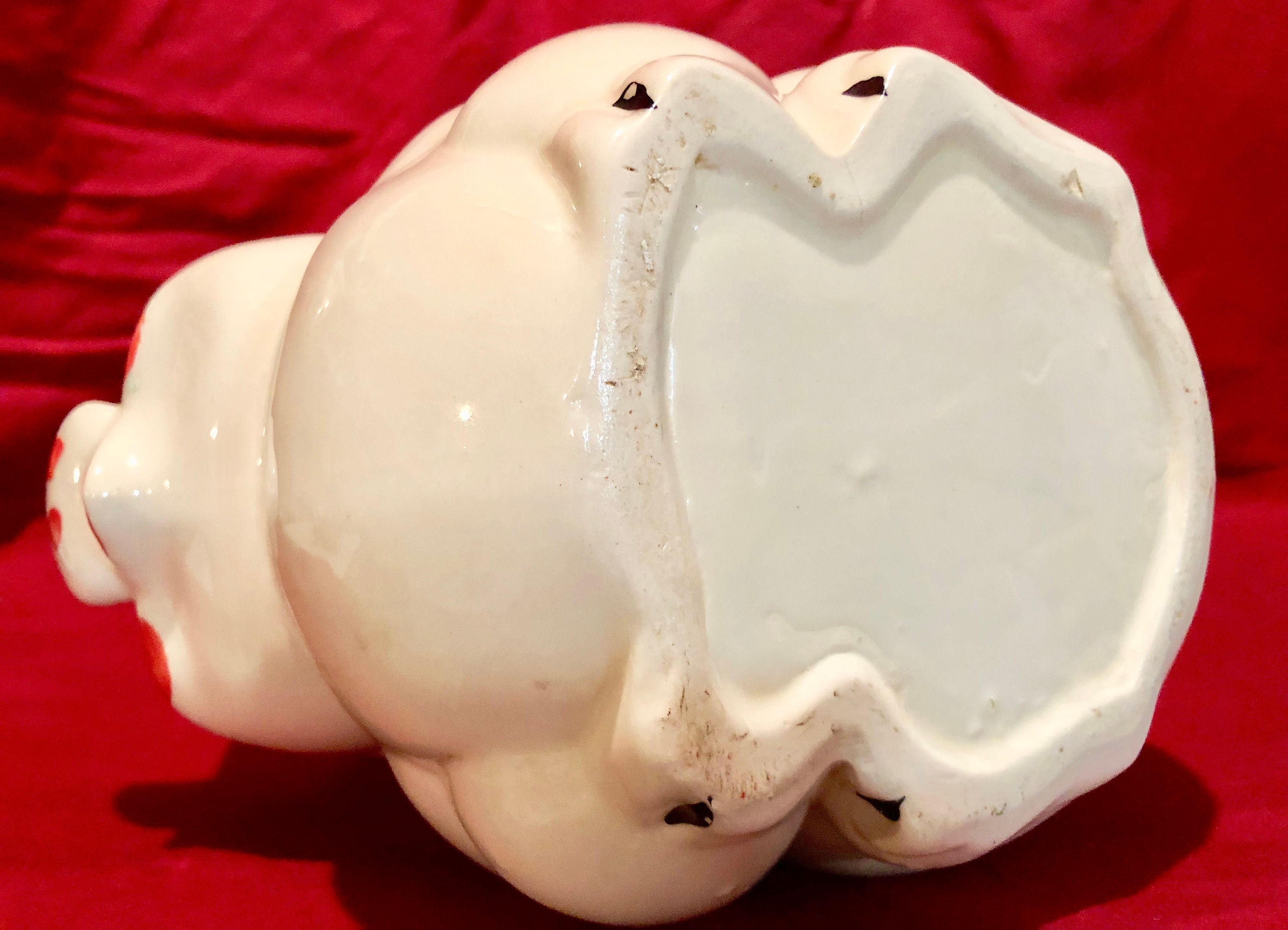 This is a sweet plump little smiling pig midcentury pottery pitcher.
He is demur and decorated with red flowers and a beautiful red bow.

It is unmarked on the bottom- my research has led me to believe it is from the American Bisque Pottery Co circa 1940's but it could possibly be Shawnee Pottery.

In 1937 Shawnee Pottery began operations in the former American Encaustic facility in Zanesville, Ohio. Arrowheads found in the area, in conjunction with the heritage of local Shawnee Native Americans, inspired Louise Bauer, who was an in-house designer for this new company, to develop a logo with an arrowhead and profile of a Shawnee Indian Head. The Shawnee Pottery company operated from 1937 through 1961.
After the new logo was finalized, the company then became known as Shawnee Pottery. Production under this new company name began inAugust 1937. The first products were primarily decorative items like figurines, cookie jars and vases which could be found in "five and dime" stores, such as F.W. Woolworth Company, S.S. Kresge and McCrory Stores. Shortly after production began in 1937, Sears Roebuck and Company asked the Shawnee Pottery Company to design a line of dinnerware known as Valencia, and a line of kitchenware exclusively for their stores. Which is highly collectable today.