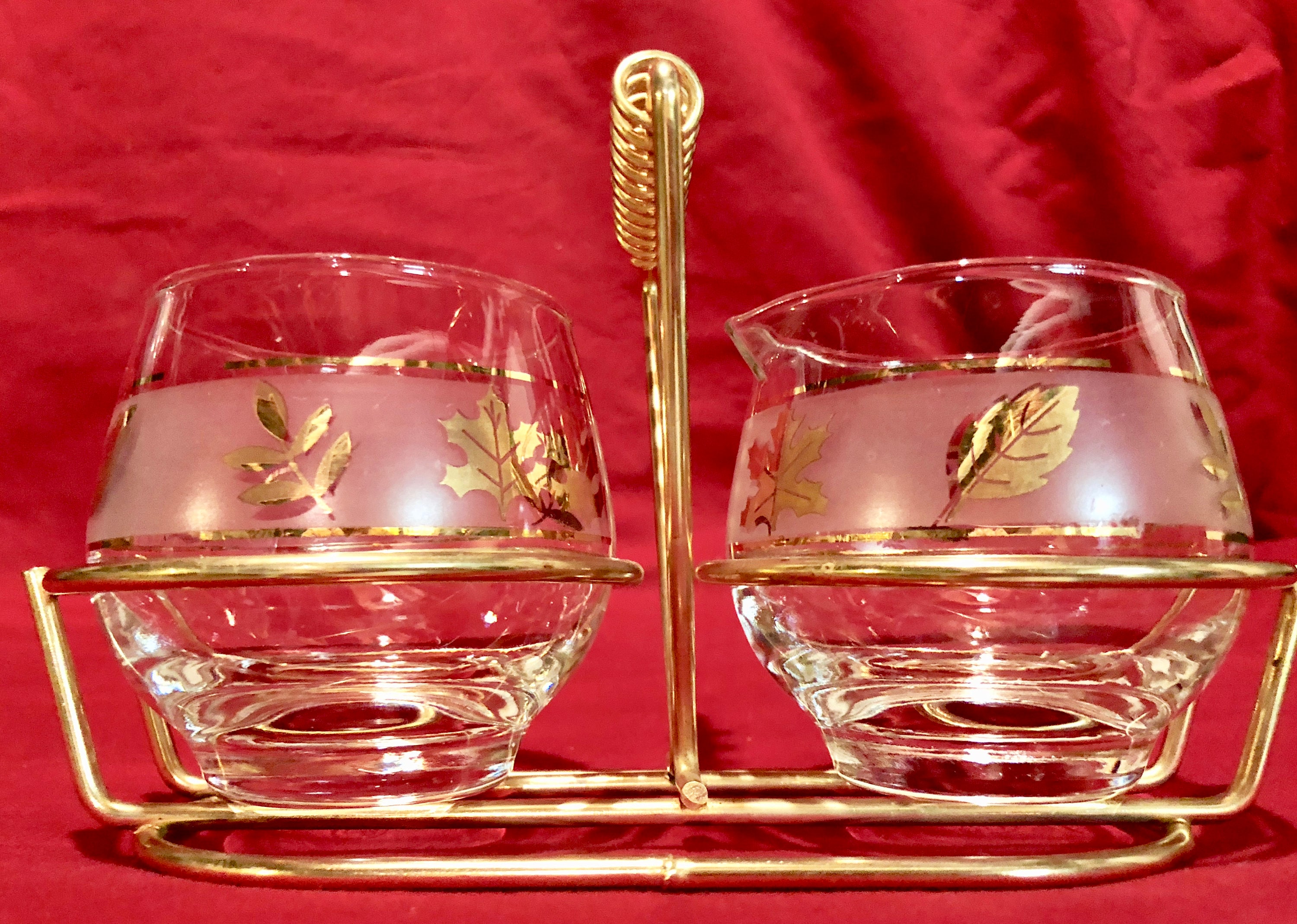 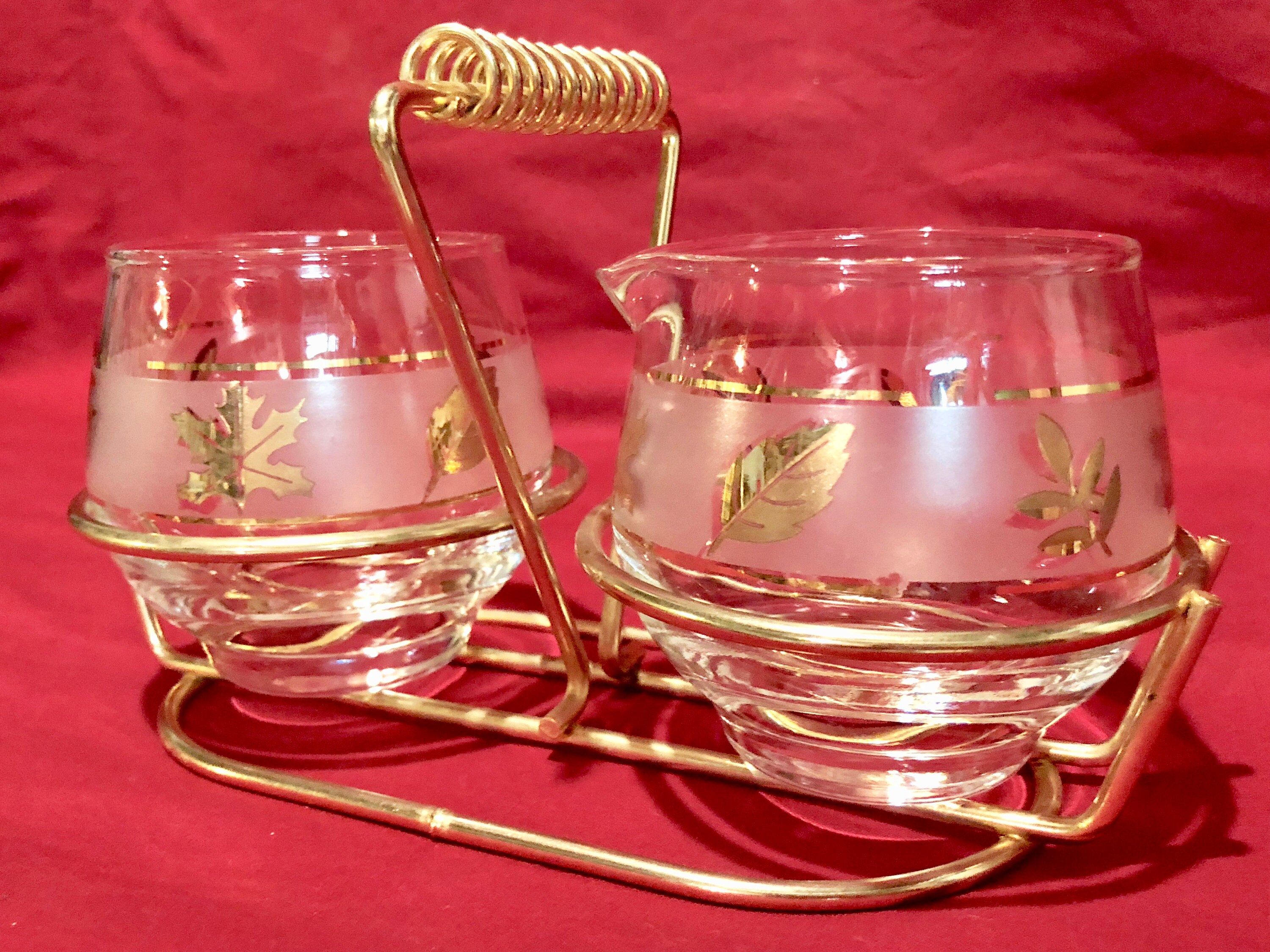 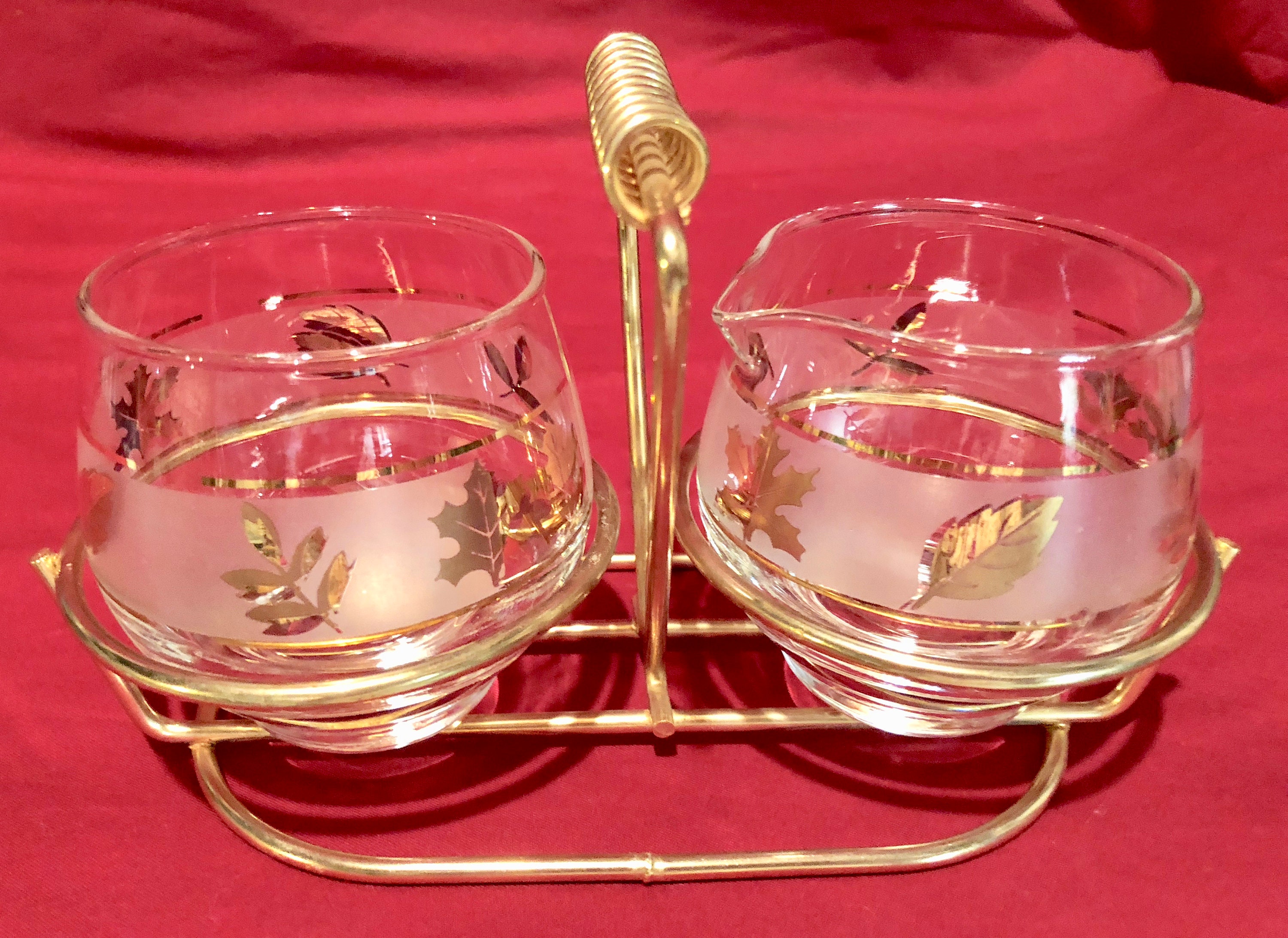 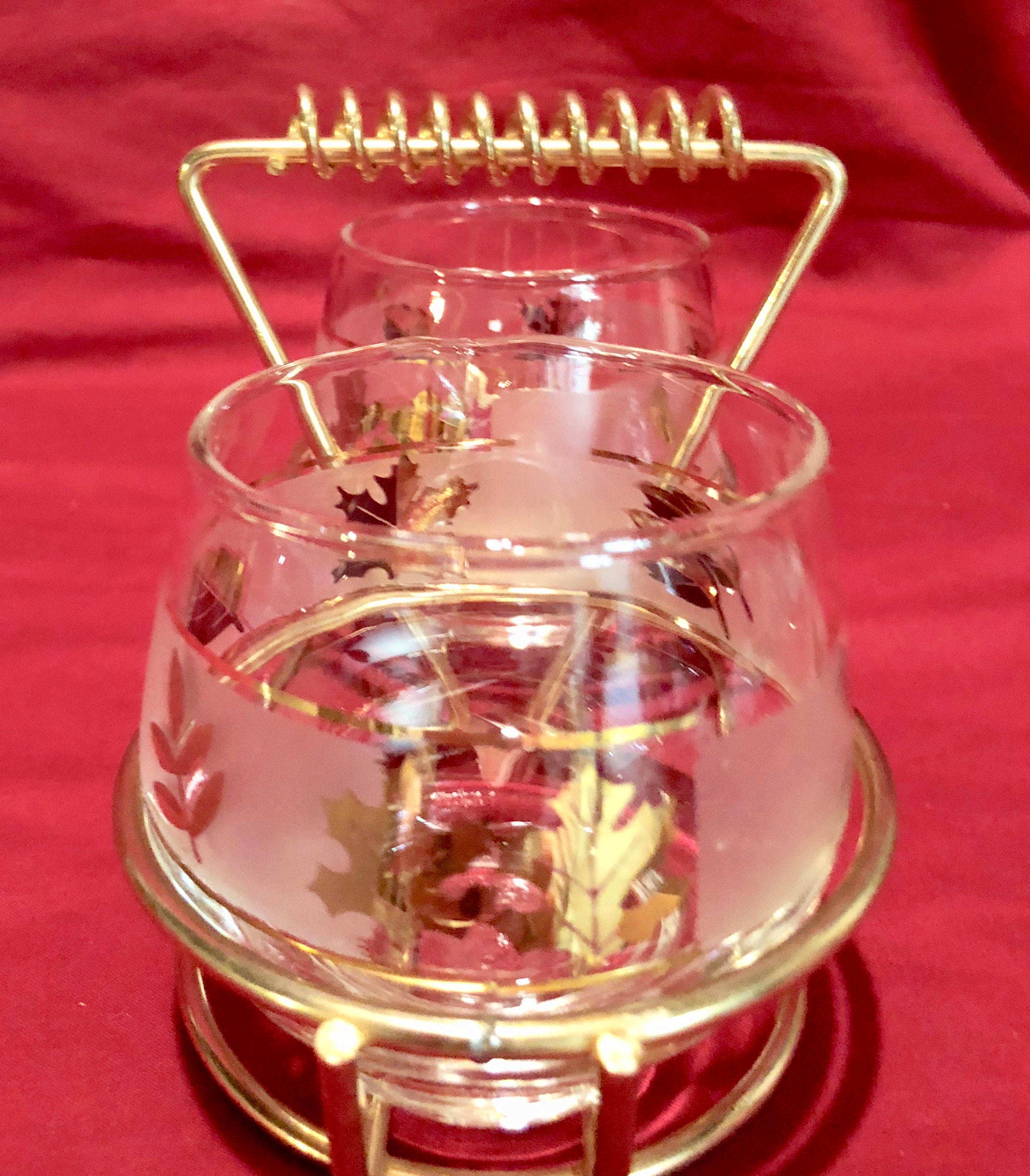 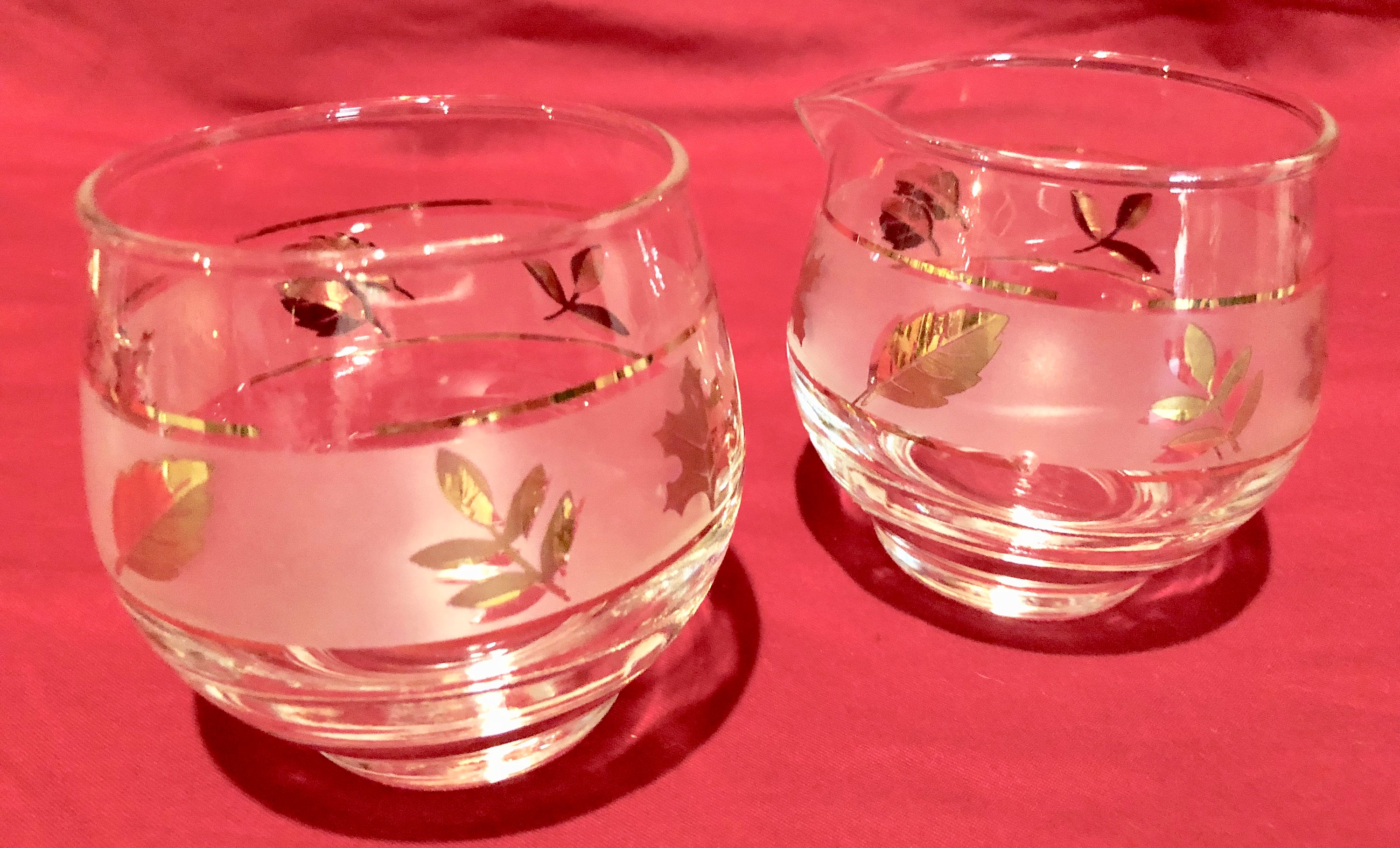 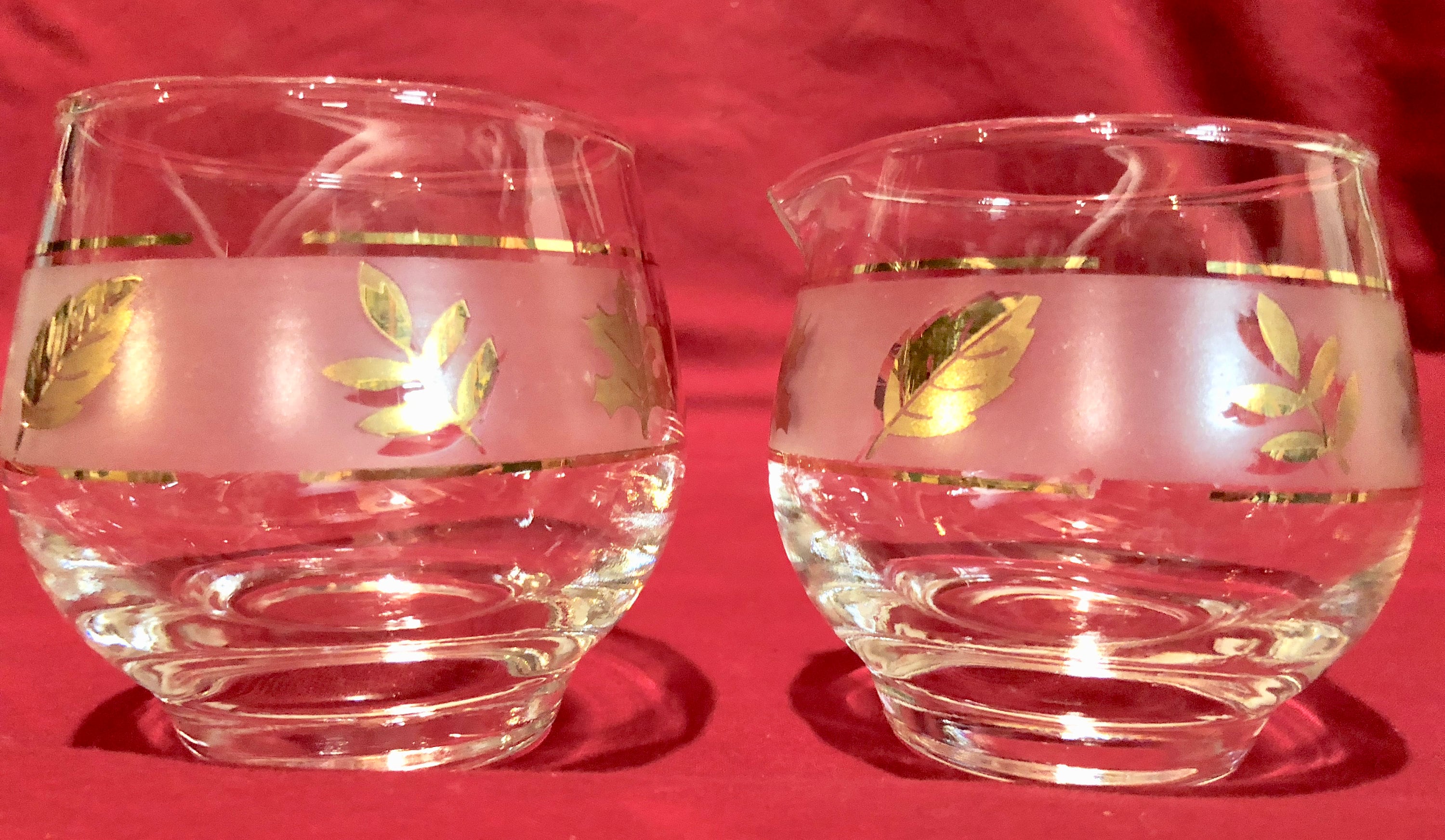 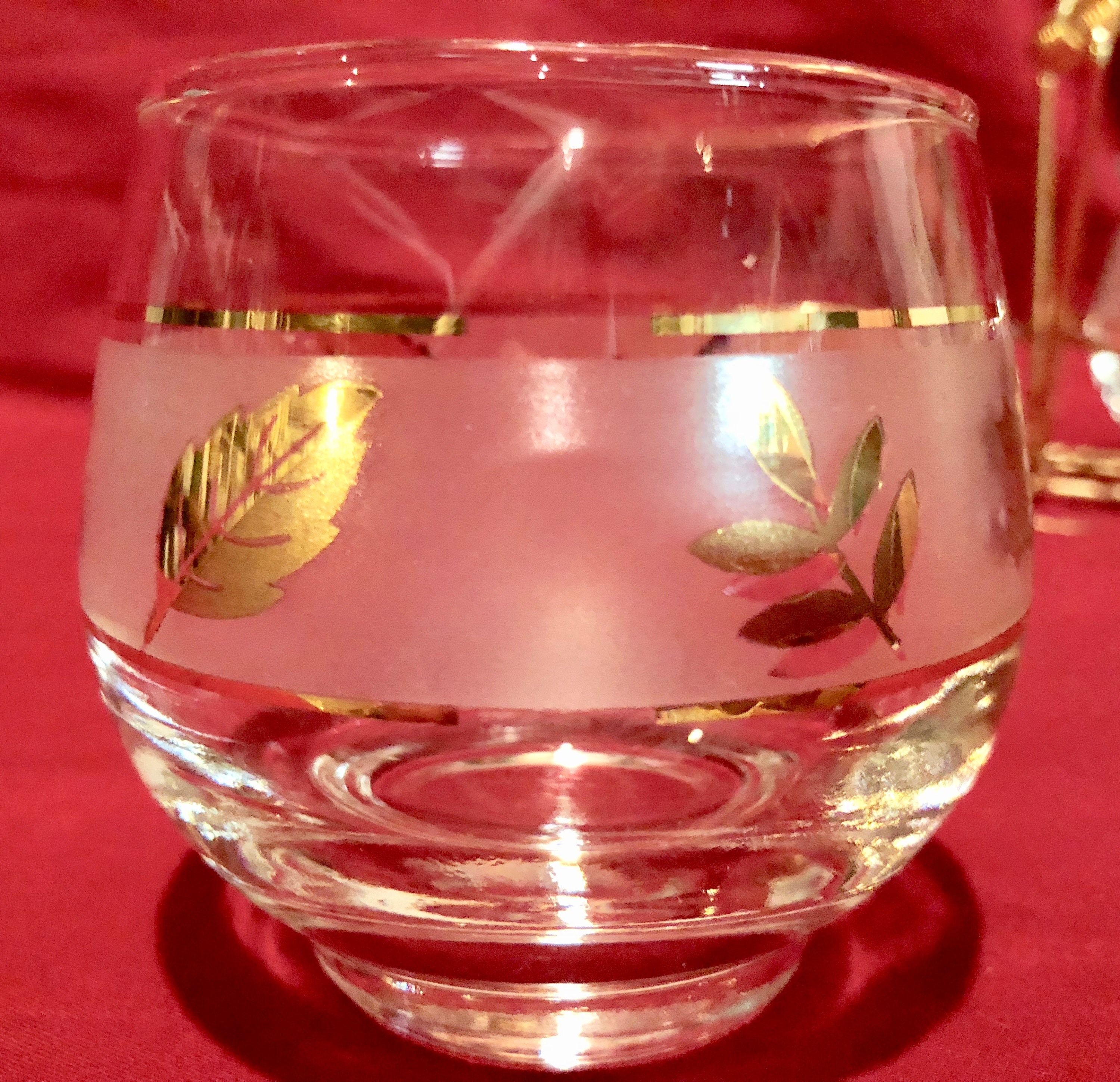 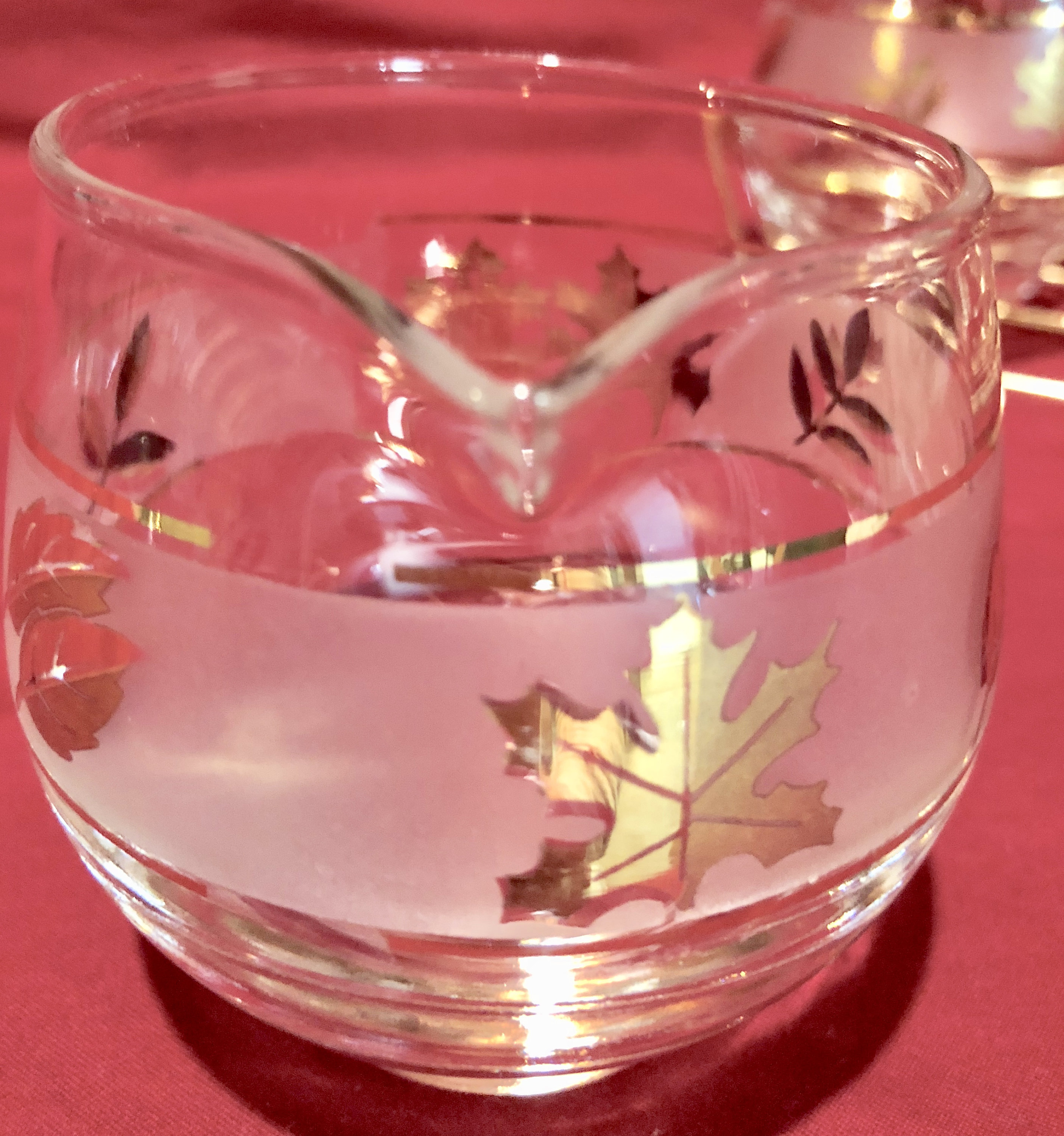 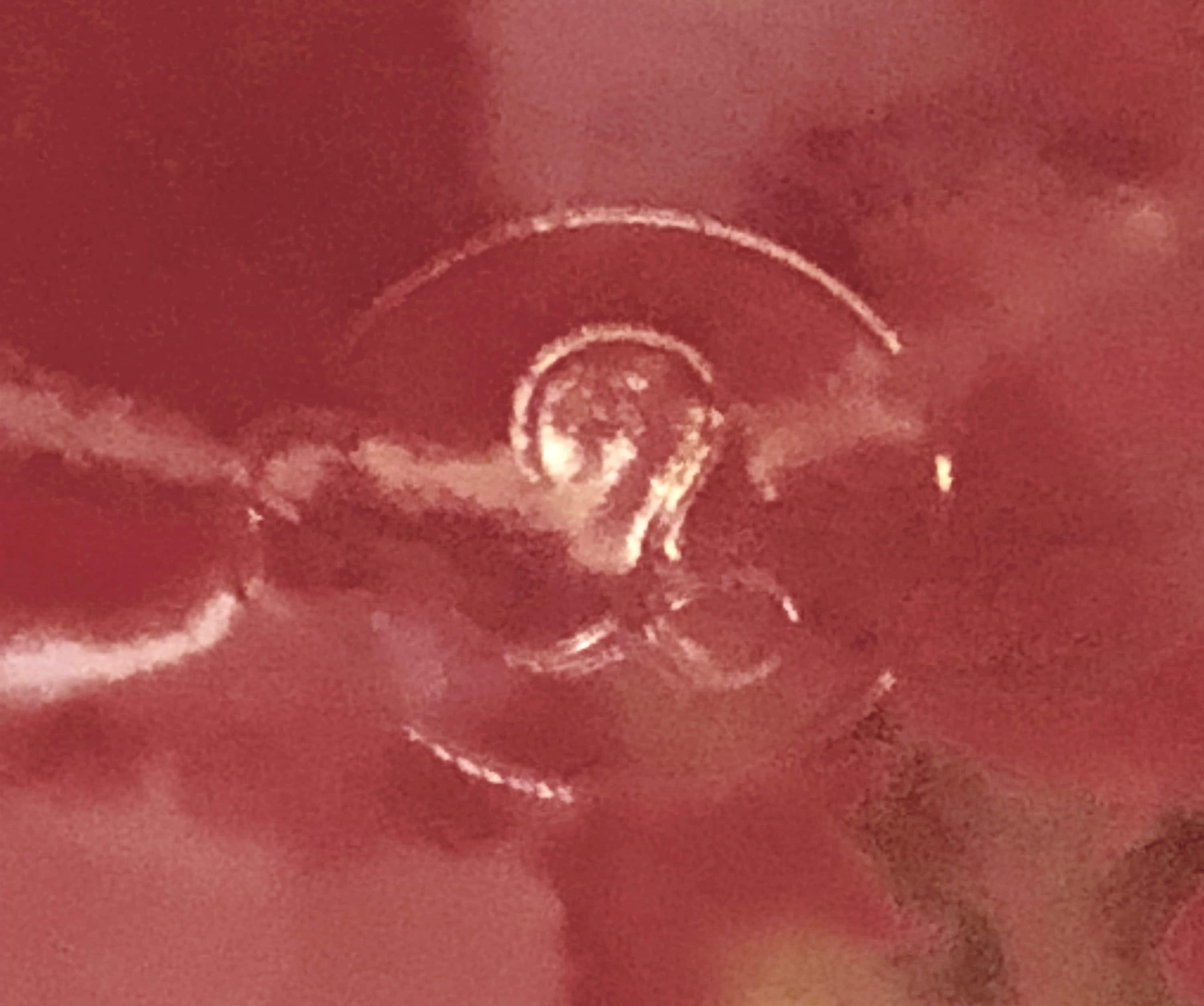 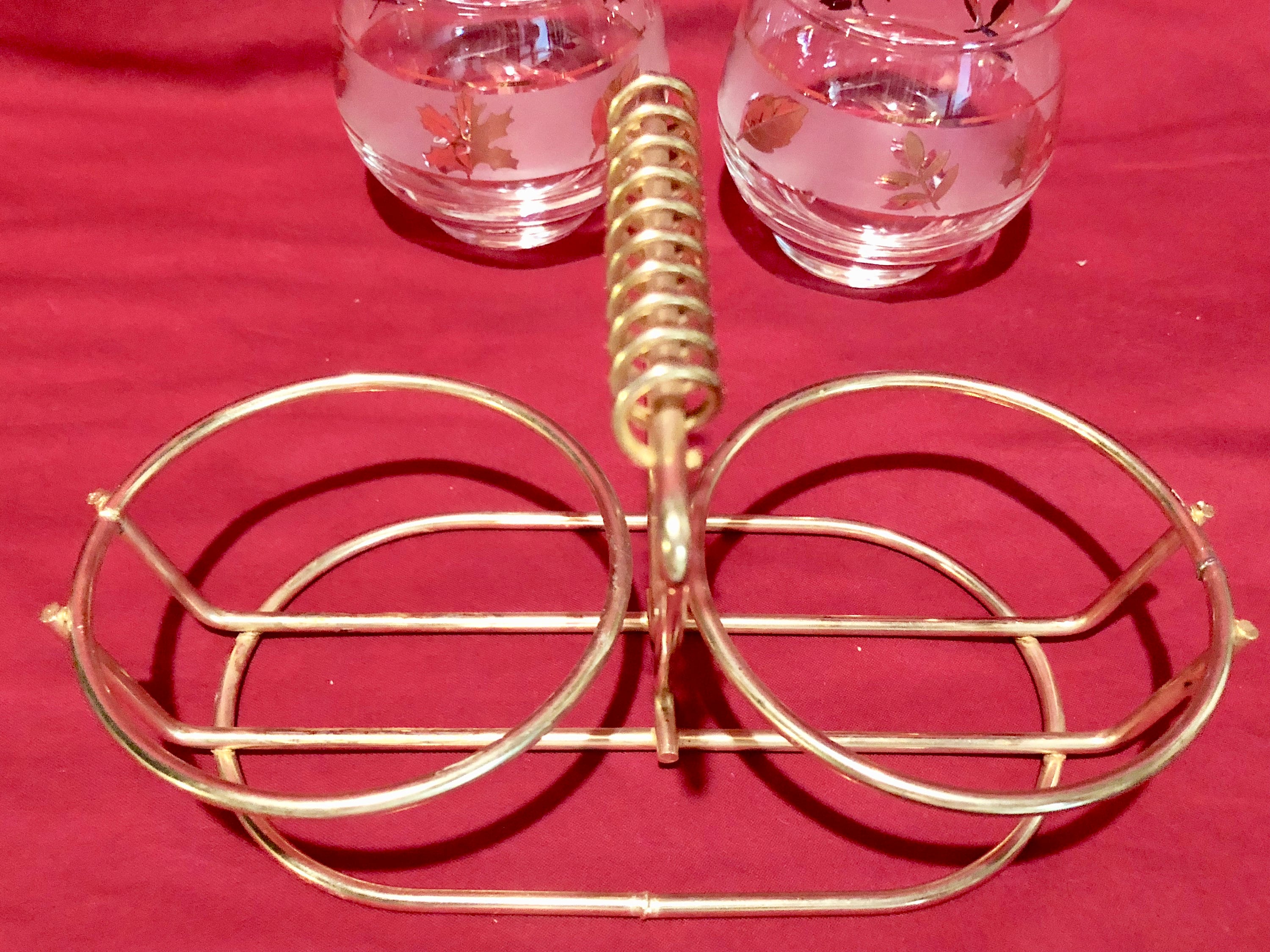 This is a wonderful vintage cream and sugar serving set by the Libbey Glass Company .
The sugar and creamer are a round ball shape with no handles giving a very midcentury feel.

They are decorated with a frosted band with beautiful gold leaves and trim.
The bottoms are marked with the famous Libbey 'L' and have no chips, cracks or rubbing of paint.

The sugar and creamer nestle nicely in the gold metal carrier making serving a breeze and adding a little something extra! The carrier is a shiny gold metal with a spiraled handle.

The Libbey Glass Company was one of the largest glass manufacturers in the United States of America during the twentieth and twenty-first centuries.
In 1888, Edward Libbey moved his glass-manufacturing establishment from Massachusetts to Toledo, Ohio. His workers utilized a recently discovered deposit of natural gas to manufacture the glass. The Libbey Glass Company produced bottles, containers, window glass. The firm was best known for its cut glass.
The Libbey Glass Company became even more profitable after Michael Owens, an inventor from Newark, Ohio, joined the firm. Owens developed a machine that could automatically produce bottles, tumblers, and glass chimneys. This invention dramatically increased production. It also lowered manufacturing costs, as the company was able to fire workers now that machines could do the work instead.
The Libbey Glass Company continued to grow during the early twentieth century. With the creation of the automobile and this invention's wide-scale acceptance, the Libbey Glass Company began to produce windshields. Thanks to the efforts of the Libbey Glass Company, Toledo became known as “the glass capital of the world” during the early 1900s. The company remains in operation in the twenty-first century. In 2004, it was the United States' largest manufacturer of glass dinnerware, with plants in Louisiana, California, and Ohio, as well as in the Netherlands.