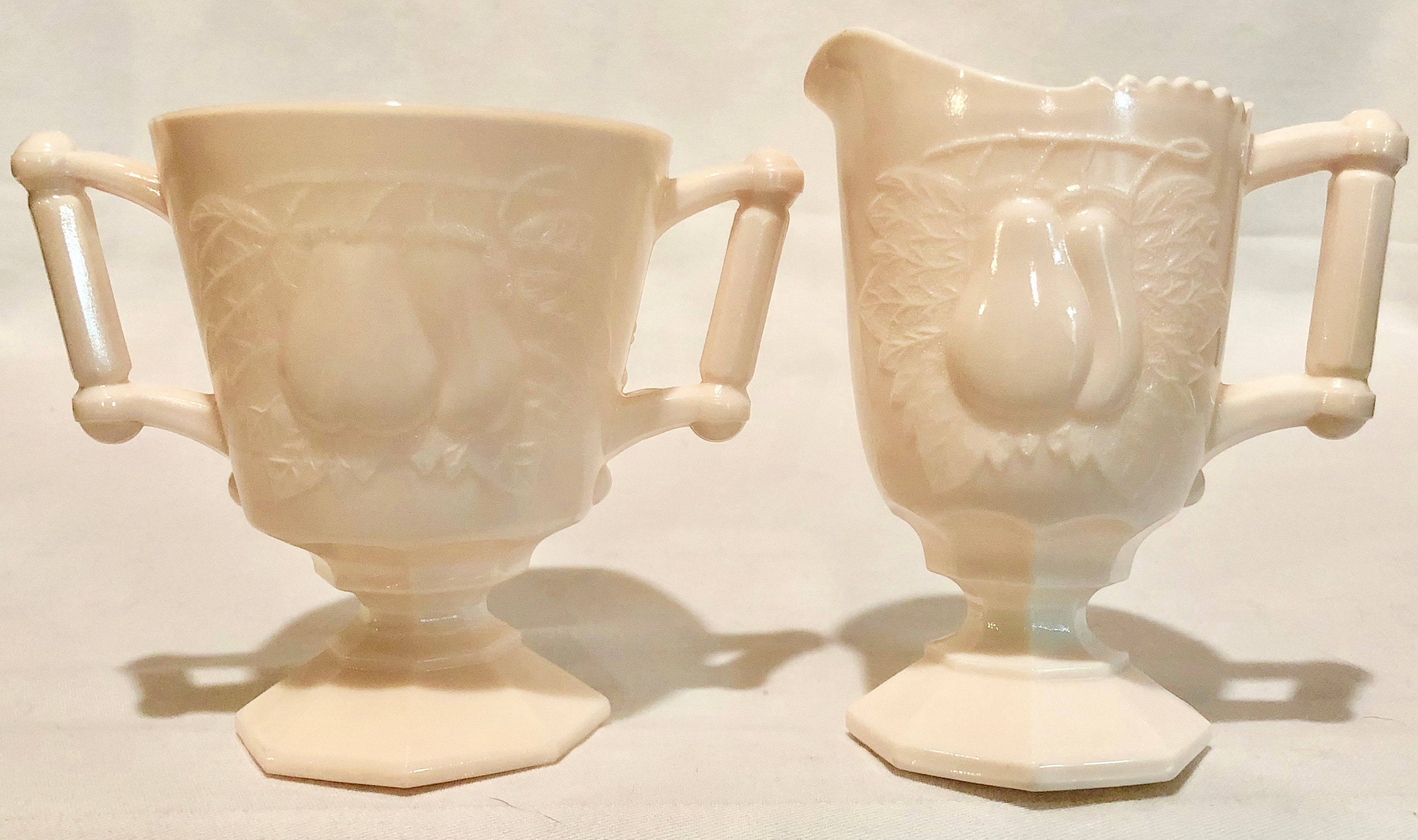 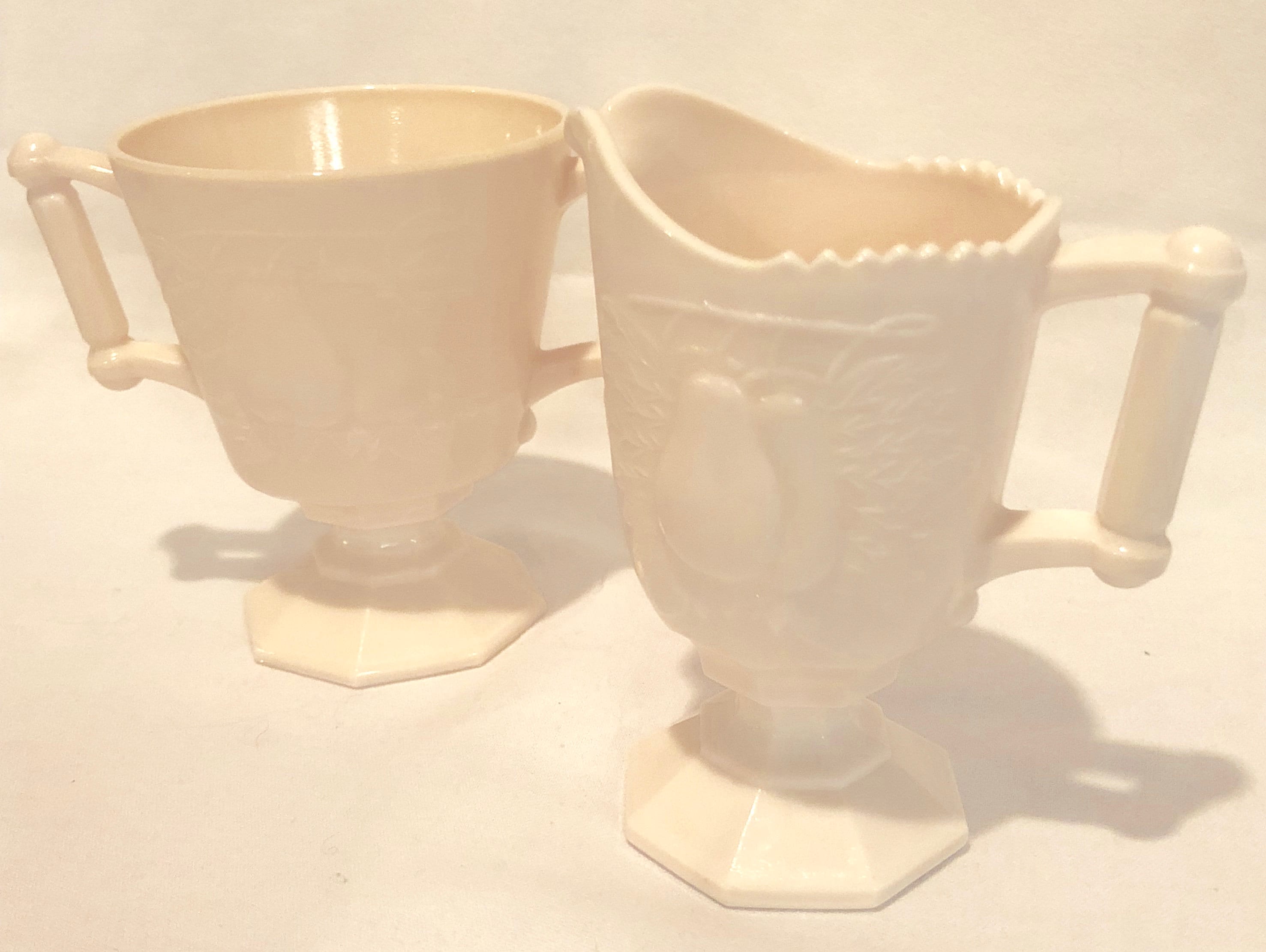 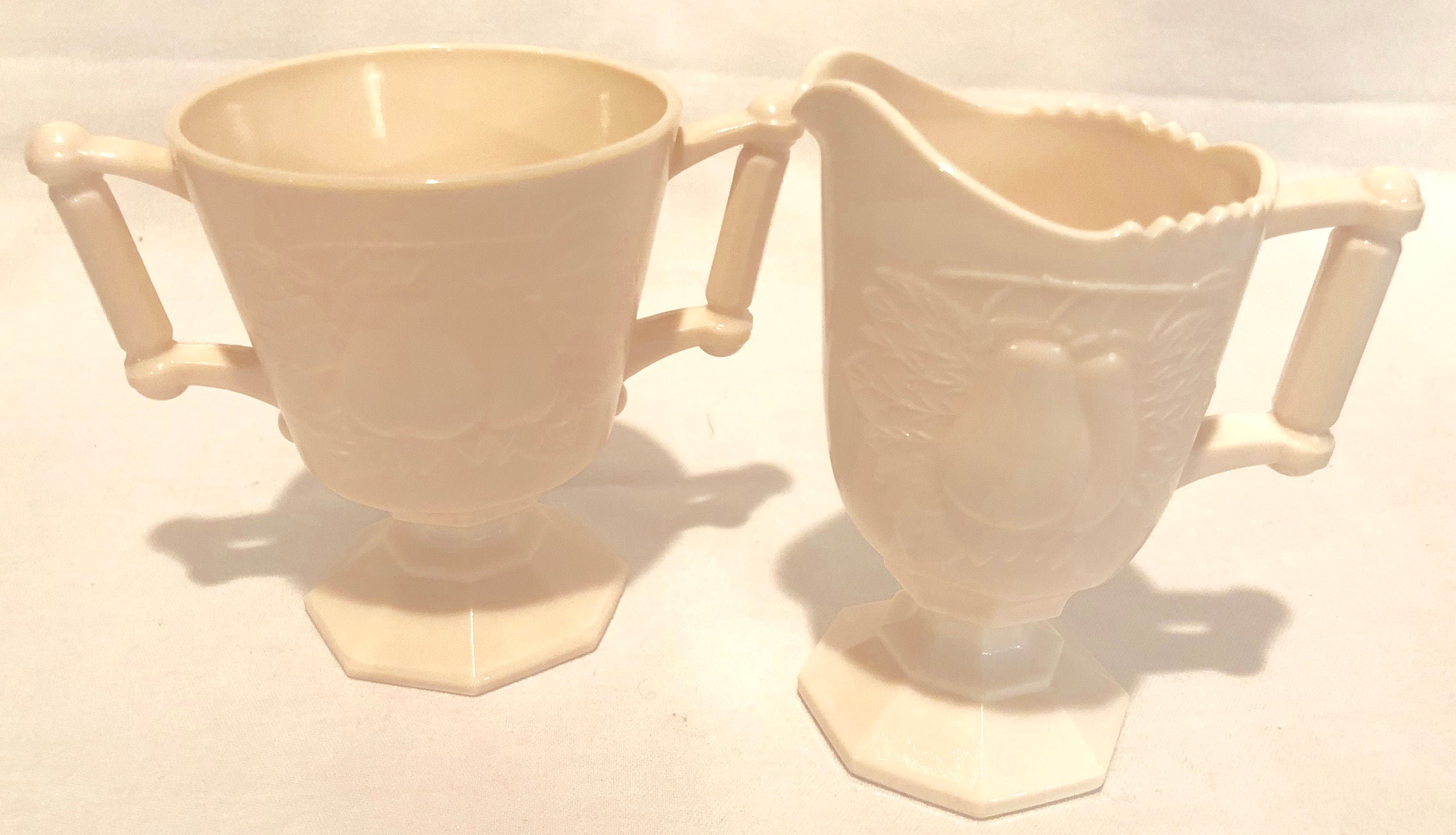 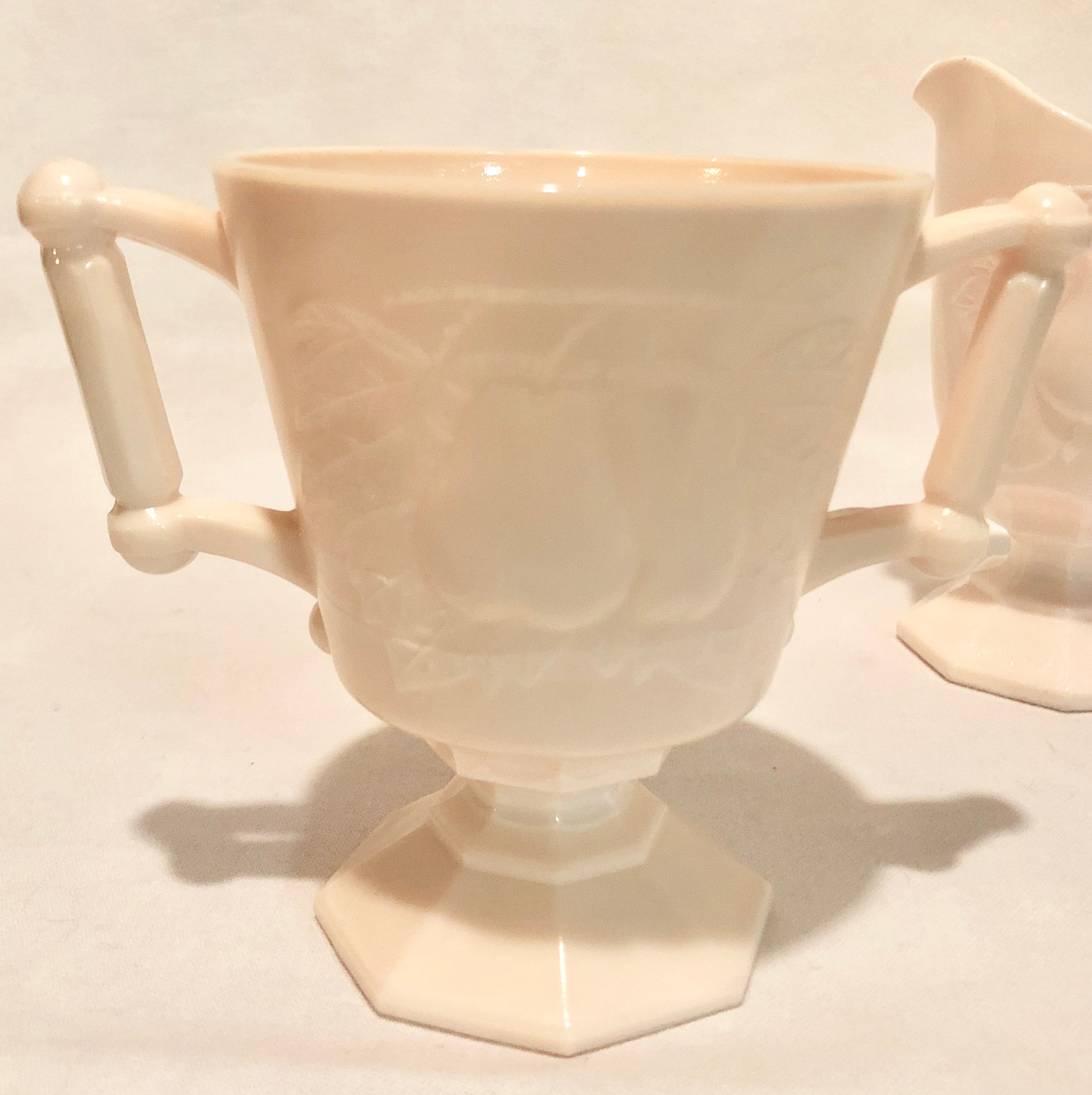 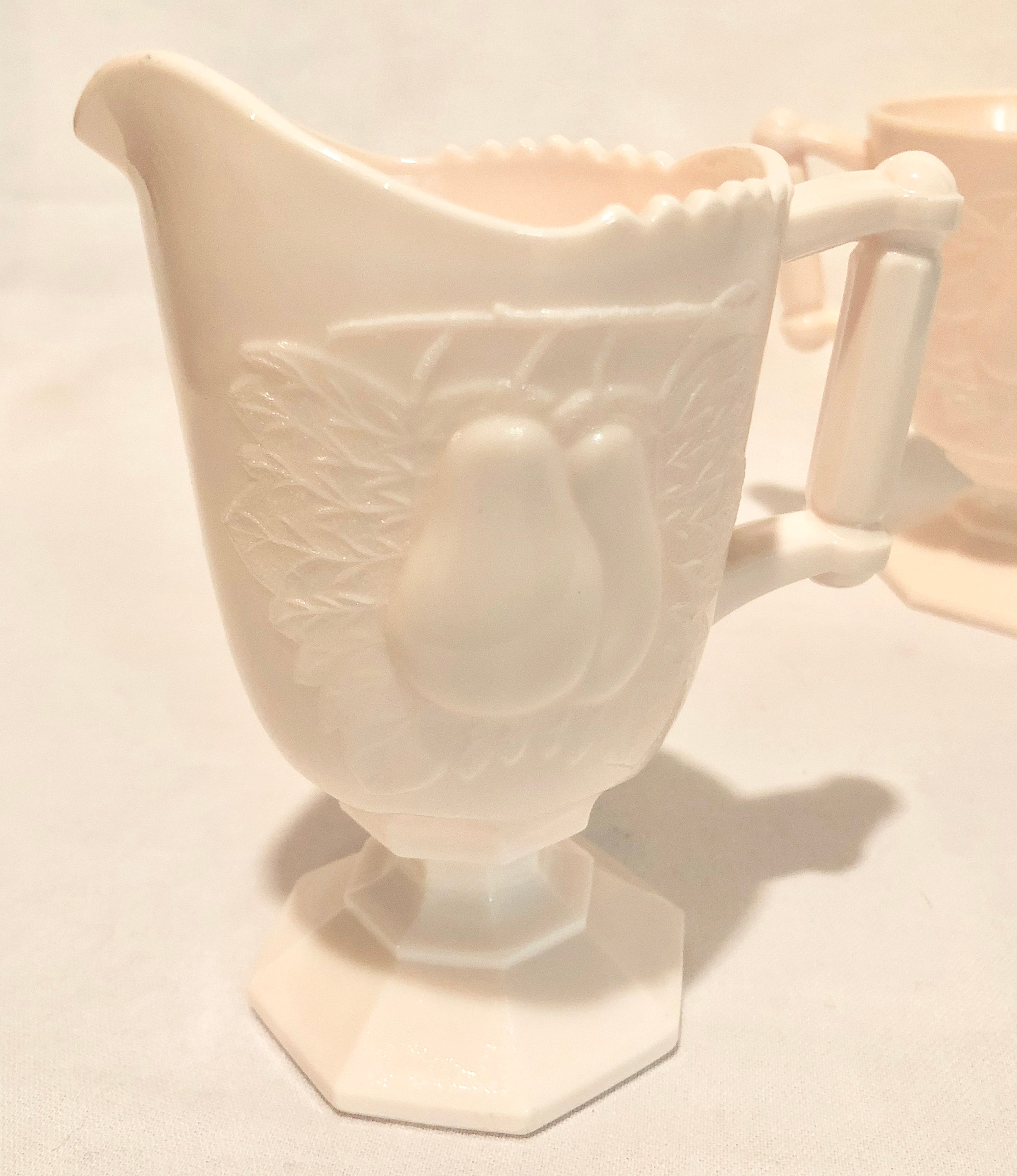 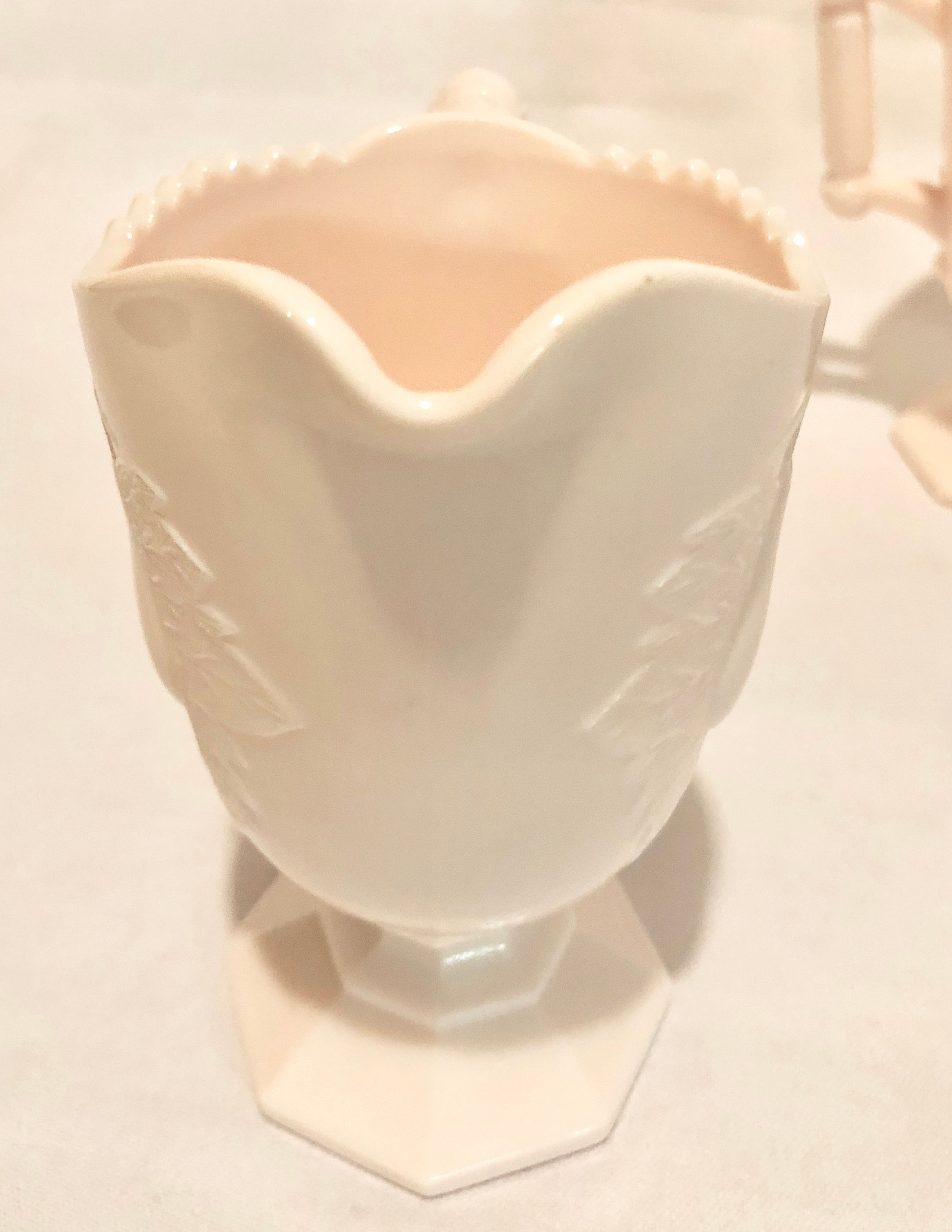 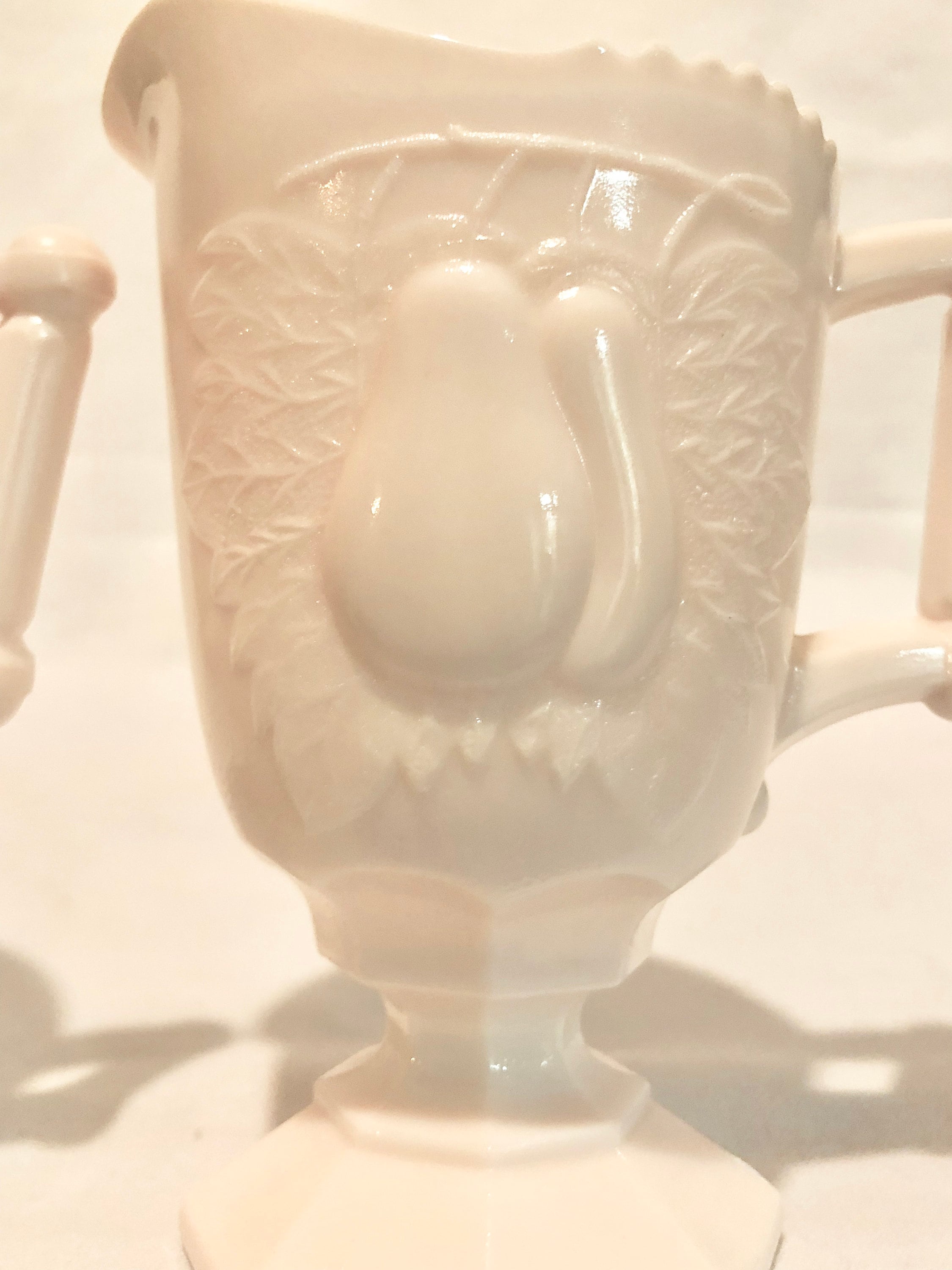 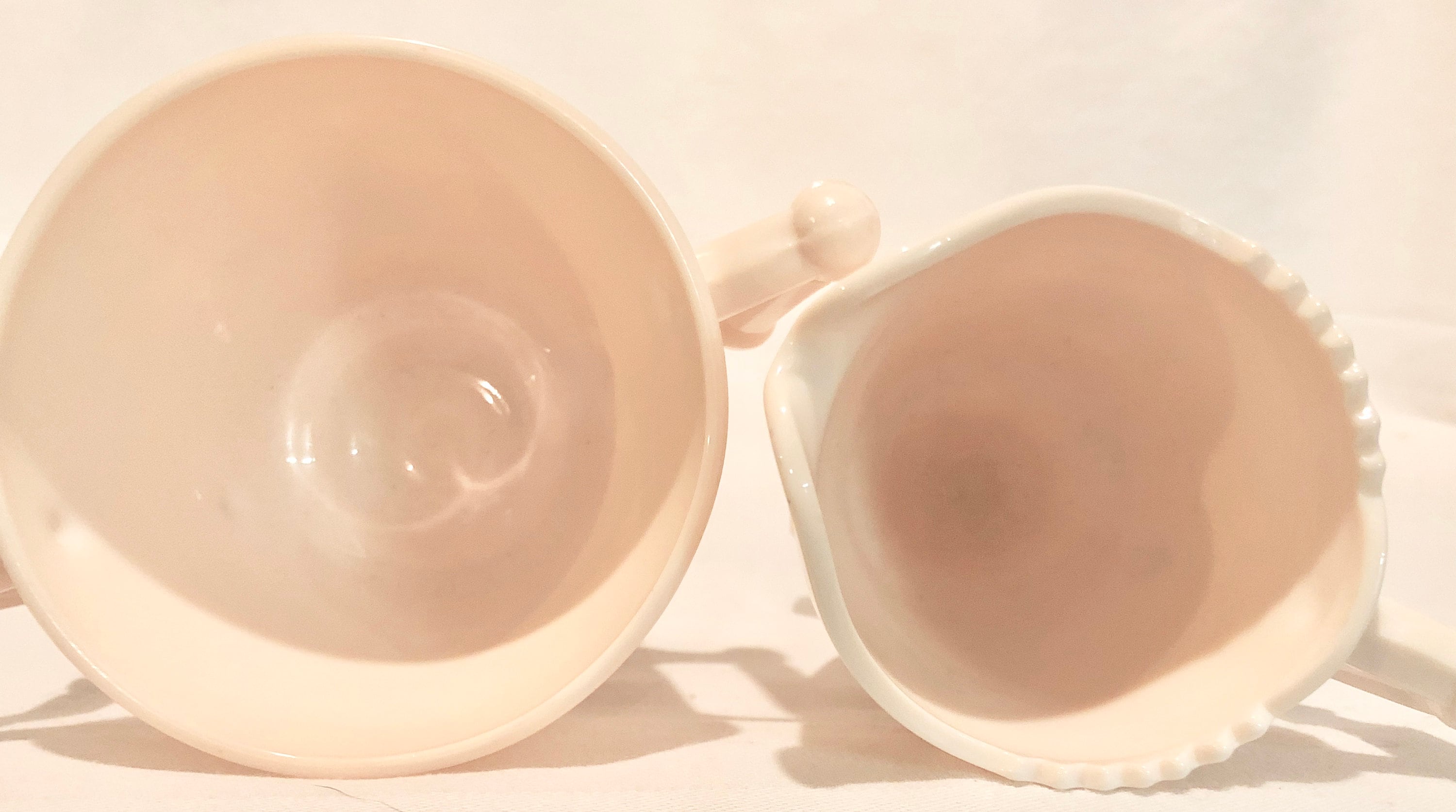 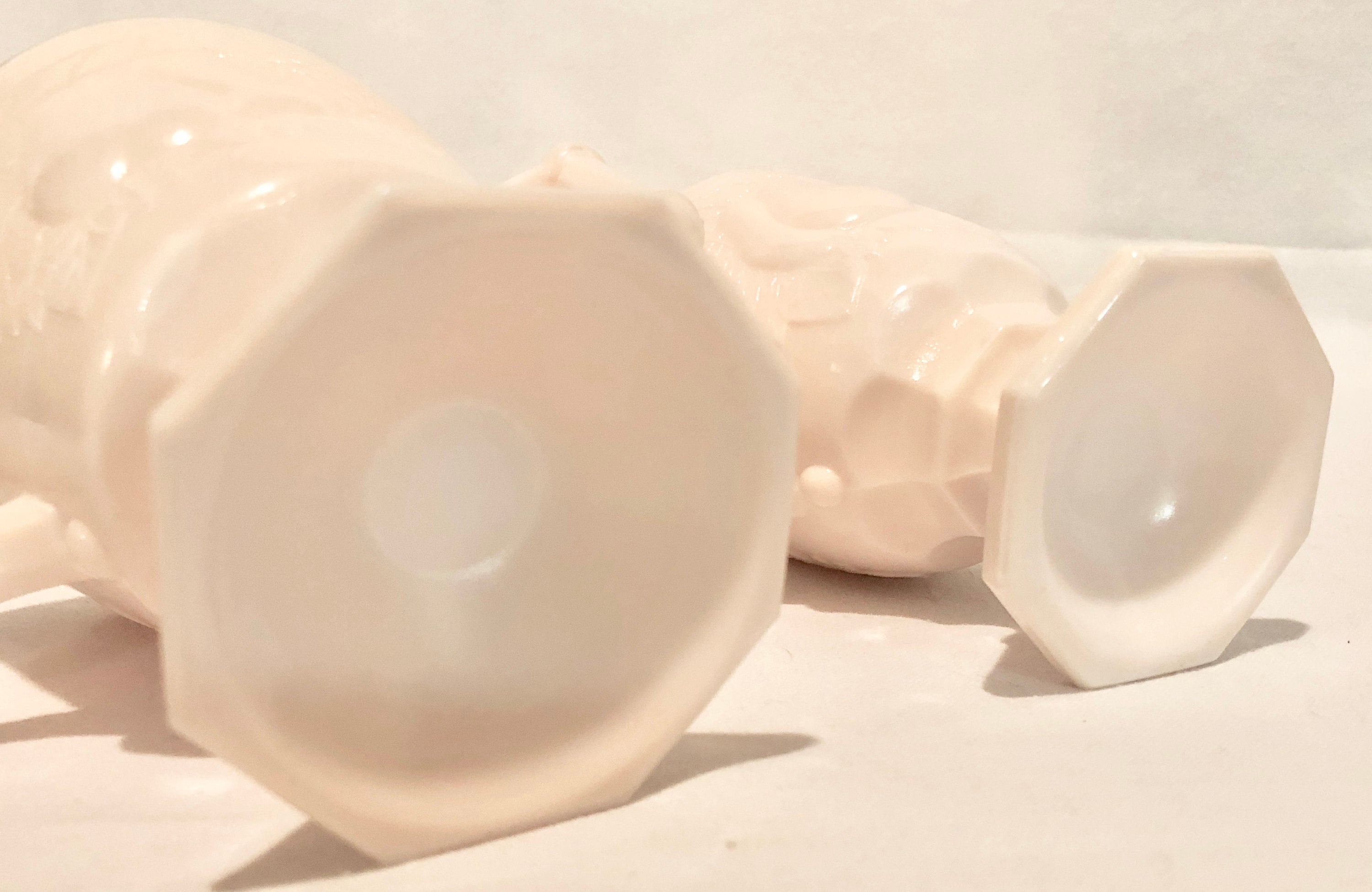 This is a soft baby pink milk glass footed sugar and creamer set with an embossed pear design
and ball and stick handles .

France was the first place milk glass came into vogue, and antique 19th-century French opal glass is highly collectible today. By the early 1900s, opal glass was a symbol of the style and taste of American households enjoying the fruits of the Gilded Age.
Made into decorative dinnerware, lamps, vases, and costume jewellery, milk glass was highly popular during the fin de siècle. Pieces made for the wealthy of the Gilded Age are known for their delicacy and beauty in color and design, while Depression glass pieces of the 1930s and 1940s are less so.
Opaque Glass originated in 16th century Venice and came in a variety of colors, including white, pink, yellow, blue, and brown.
The white variety beloved today rose to prominence during the Victorian era, when  it was coveted as an economic dead-ringer for porcelain. The Victorians also get credit for coining the term "milk glass."
Its production and popularity waned during the Great Depression but saw a resurgence after World War II.

Unlike typical glass, milk glass scatters light by the Tyndall effect, making some opal glass appear bluish from the side and reddish-orangeish in the pass-through light.

To make this type of glass, opacifiers like bone ash, or tin dioxide and arsenic and antimony compounds are added to the glass-melt mix. White glass not produced in this manner is not considered real milk glass. True to its name, "milk glass" is generally milky white, but it may also be blue, pink, yellow, brown, or black. Milk or opal glass tends to be ornate and whimsical in decoration.