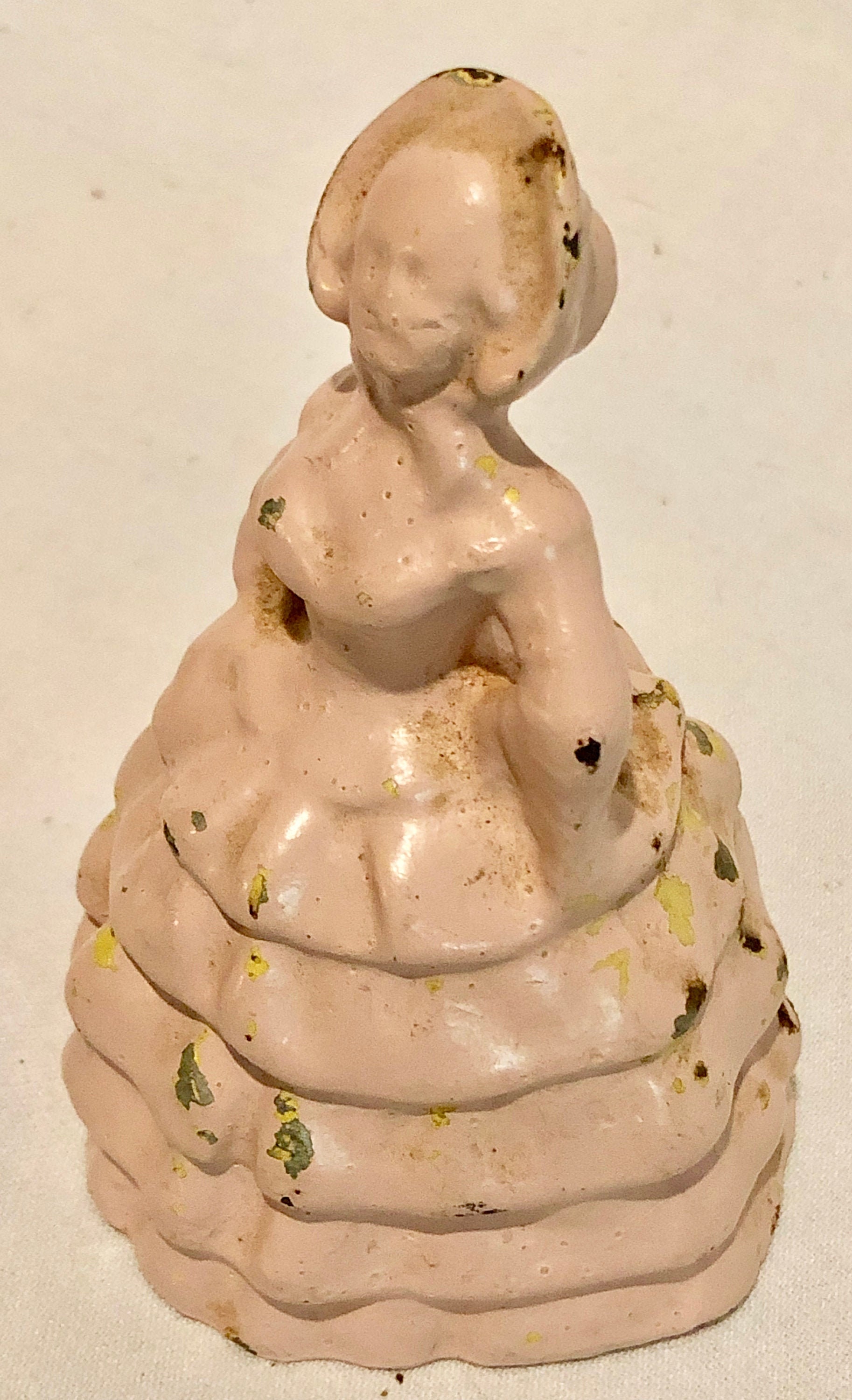 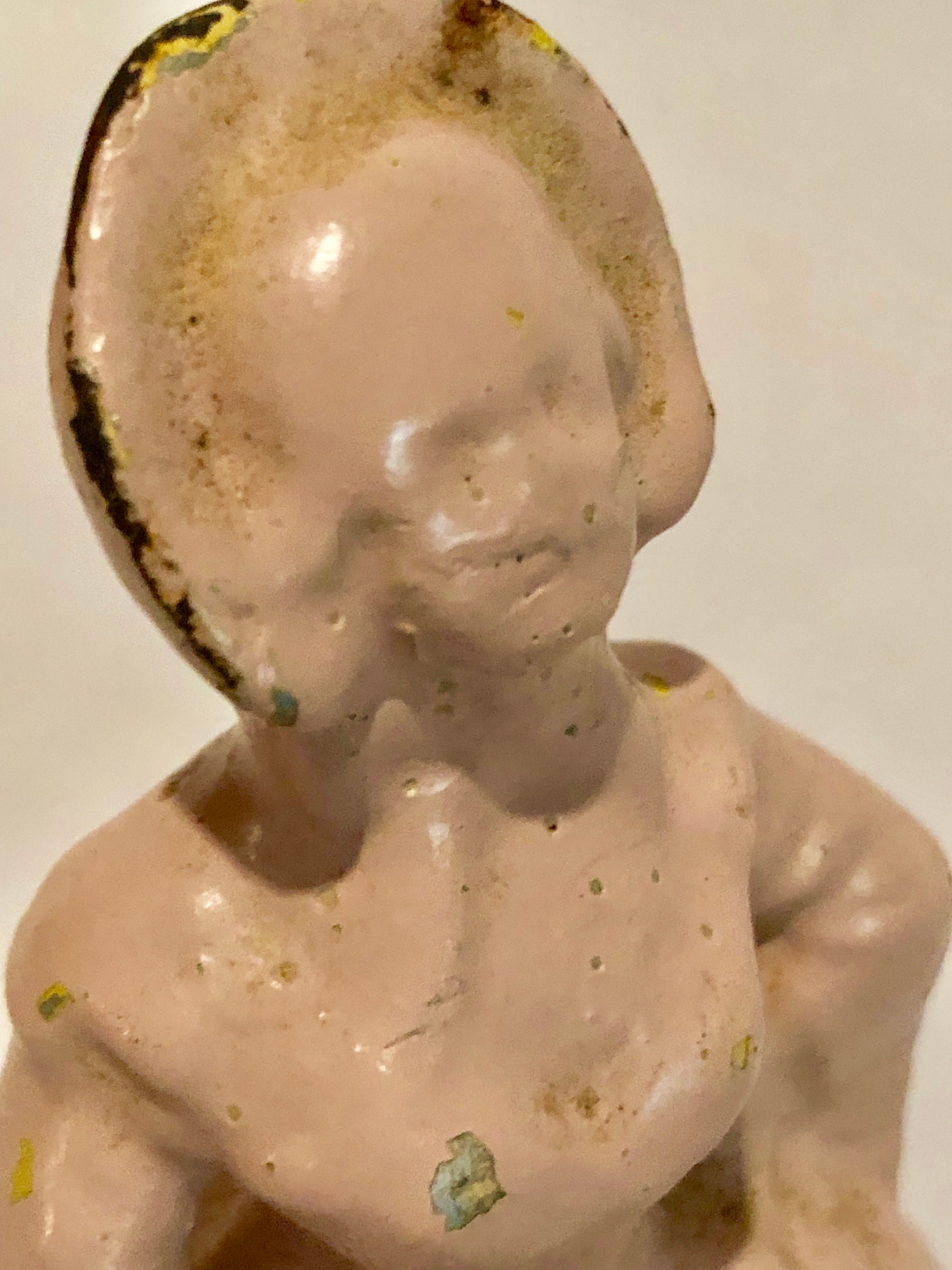 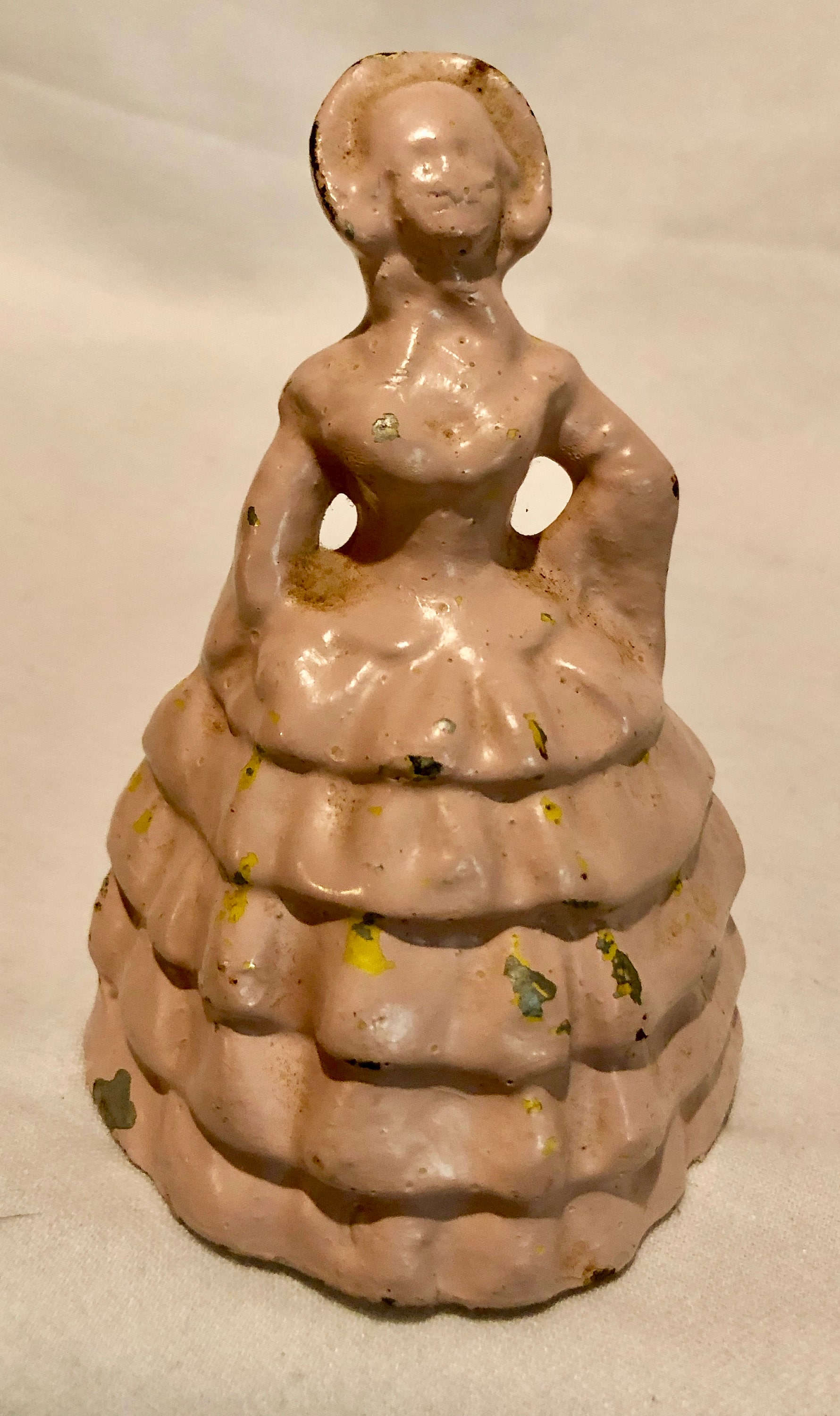 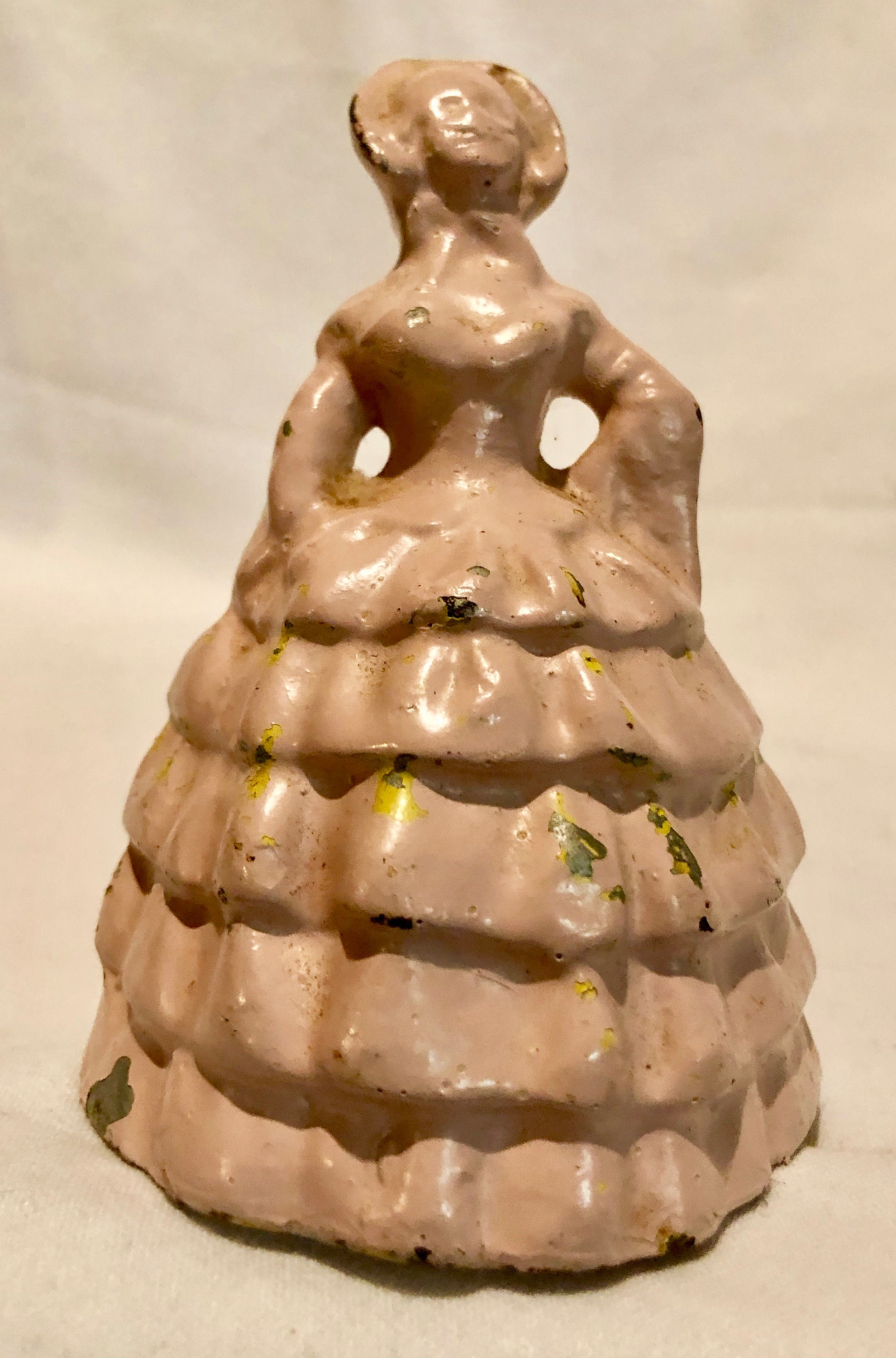 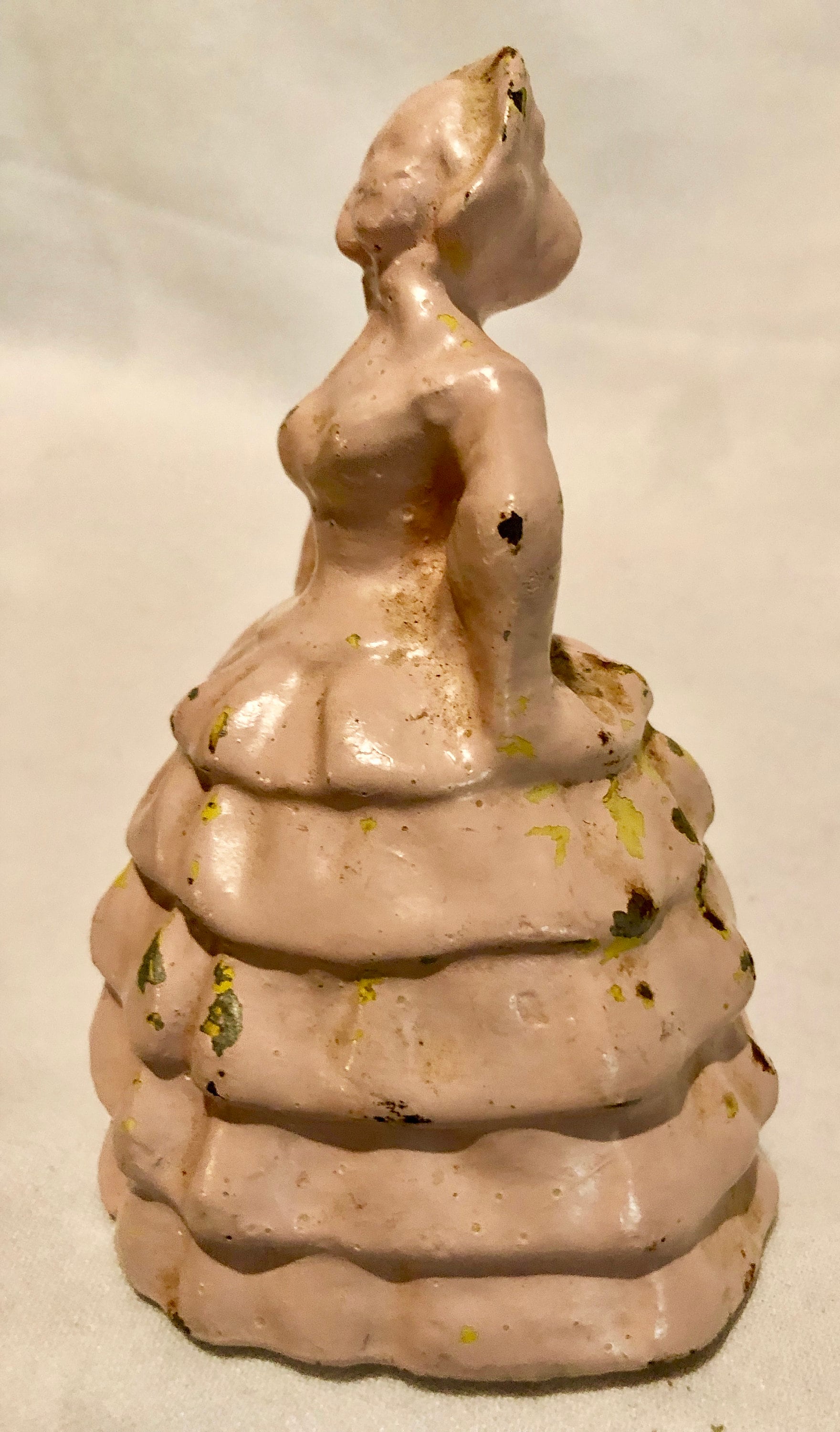 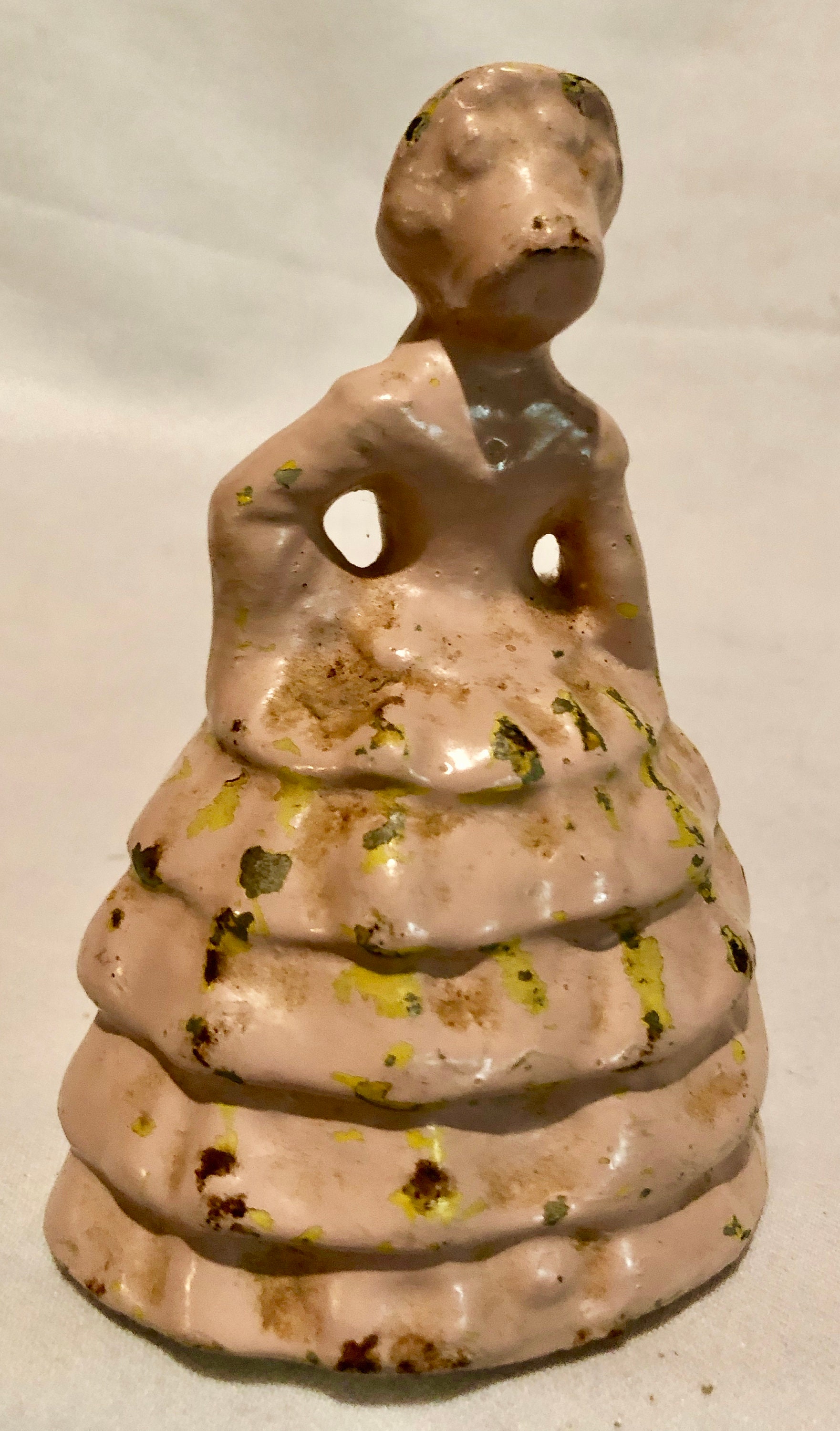 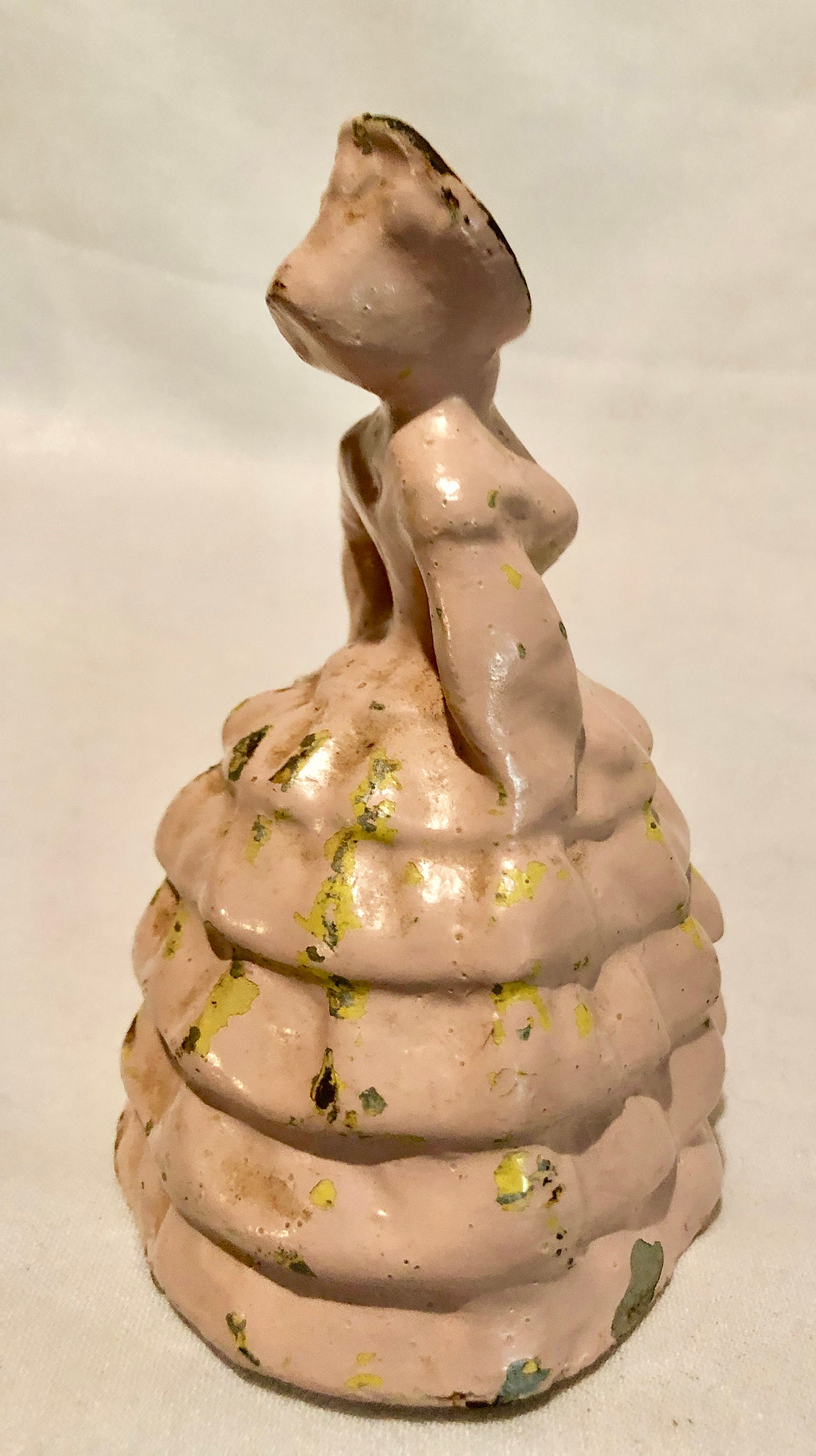 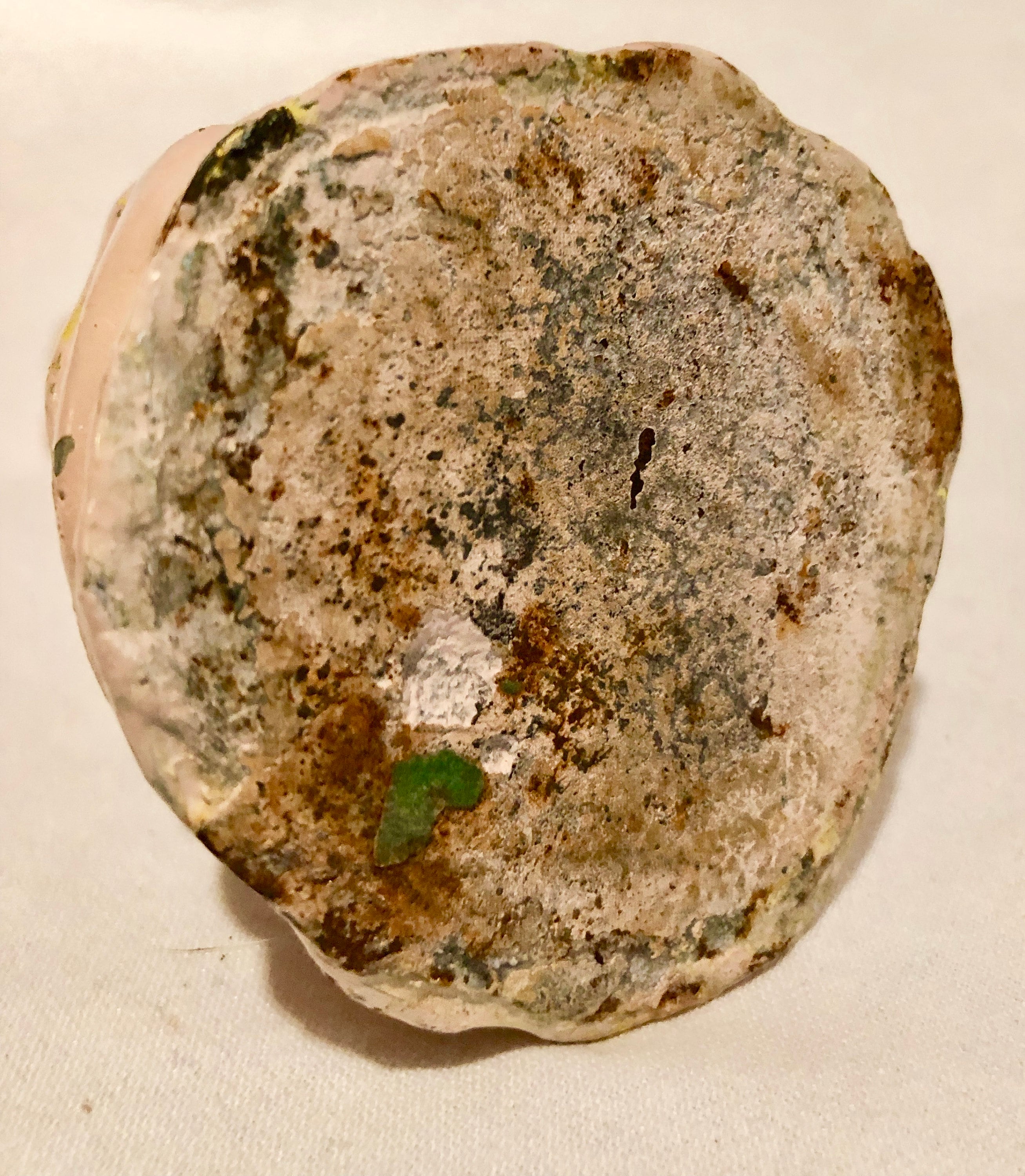 This little pink victorian lady is made of cast iron. She is small and demur at only 5 inches but don't let her size fool you since she can hold her own - any door or set of books - at the weight of 3 lbs!
She was made by the Hubley Manufacturing Co circa 1940's
She has been painted pink and has some chipping of paint which adds to her charm and character.
Her measurements are 4 3/4" x 3 1/4" x 3" diameter.

The vast majority of door stops sold today were made from 1890-1940 due to heavy metal rationing of WW11. Most shaped like people, animals, flowers or ships.
During that time they were purchased inexpensively, sometimes with coordinating door knockers or bookends. Most doorstops will fall short of "mint" condition since they were made to be used in homes and the paint invariably chipped as a result. When they fell out of favor as decorative accessories, many were banished to barns and garages where they deteriorated even further.

The Hubley Manufacturing Company was incorporated in 1894 in Lancaster, Pennsylvania by John Hubley and produced toys throughout its history. Early Hubley production consisted of many cast iron toys including various horse drawn vehicles, guns, and household objects such as doorstops and bookends
Though mass produced, Hubley toys and doorstops were painted by hand, so each has become a unique treasure appreciated both for its subject matter and the “folk art” quality of its paint, form and design.
After WW II, die-cast zinc alloy models for the most part replaced the cast iron ones. In the casting process at Hubley, metalworkers would carve out a form of wood, or hammer the doorstop or toy design out in metal. The form was then pressed into finely compacted sand, making an impression. Cast iron heated to 3000 degrees was poured into the sand mold and, when cooled, the form would pop out and rough edges were filed off. In the decorating department, painters applied a base coat (usually white or cream but sometimes black) to the doorstop. Then, colorists used a variety of hues to highlight important details, usually only on the side that would face toward the room.
Many doorstops bear identical color schemes, suggesting that decorators may have copied a model finished by a master artisan