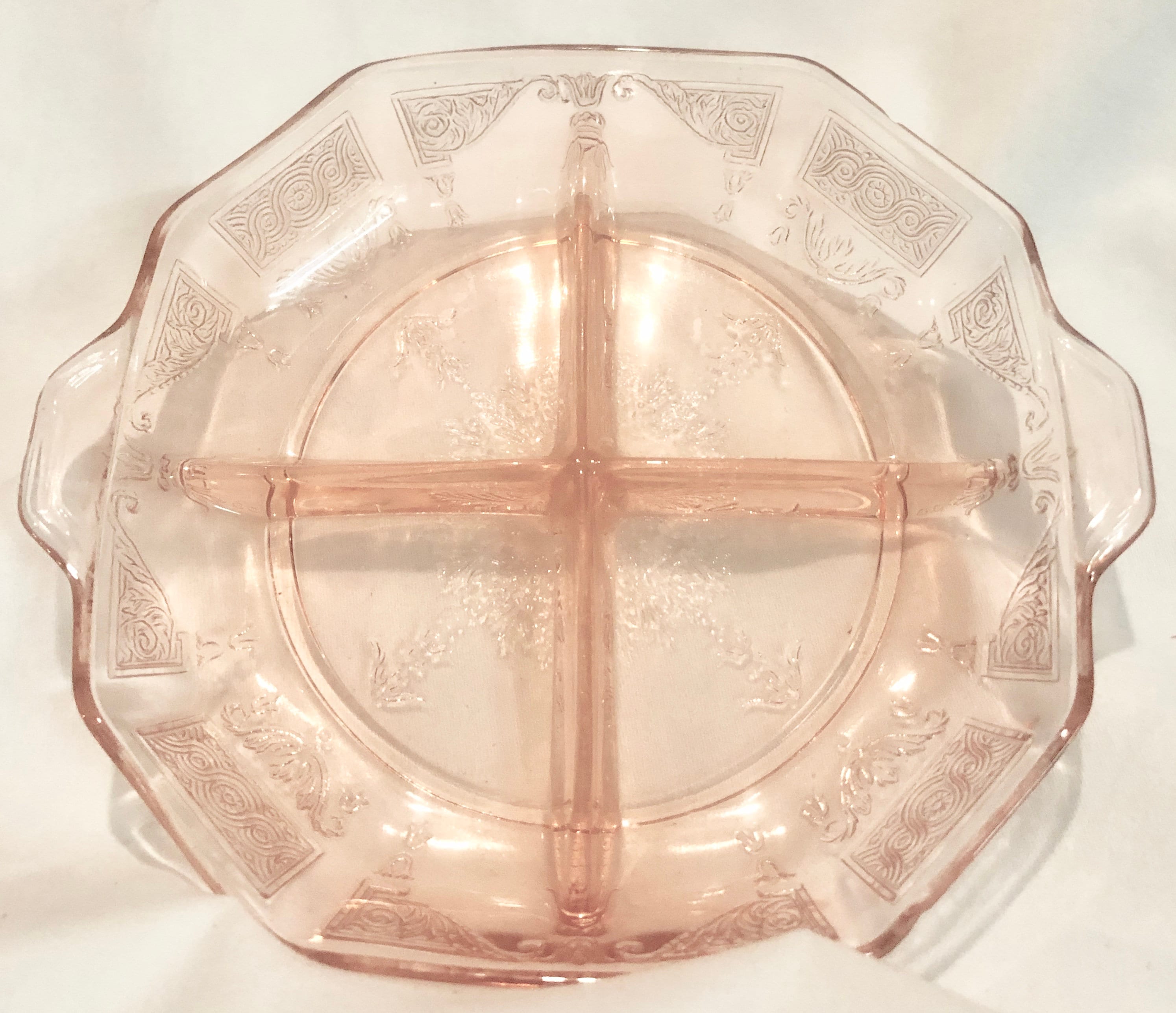 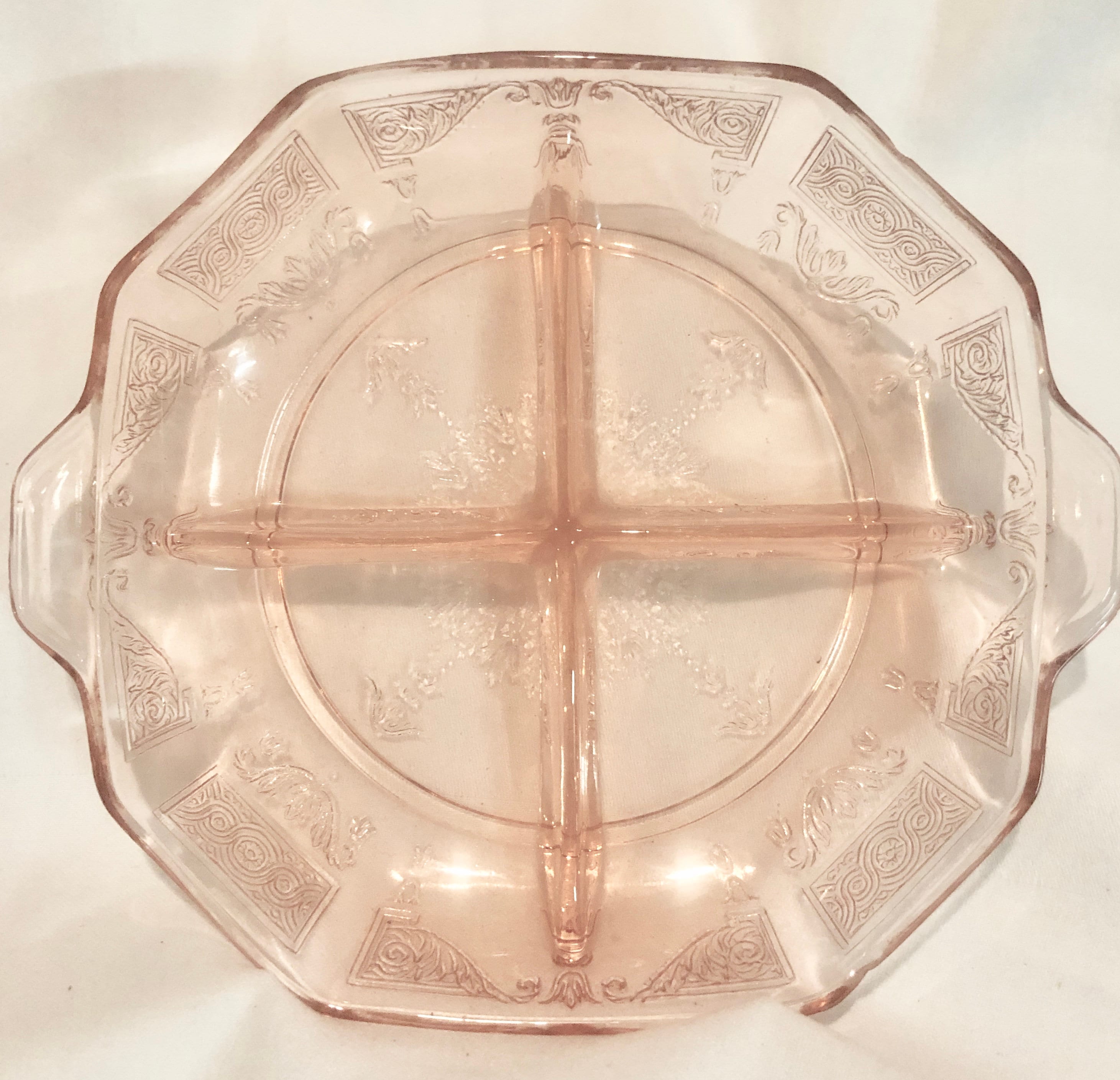 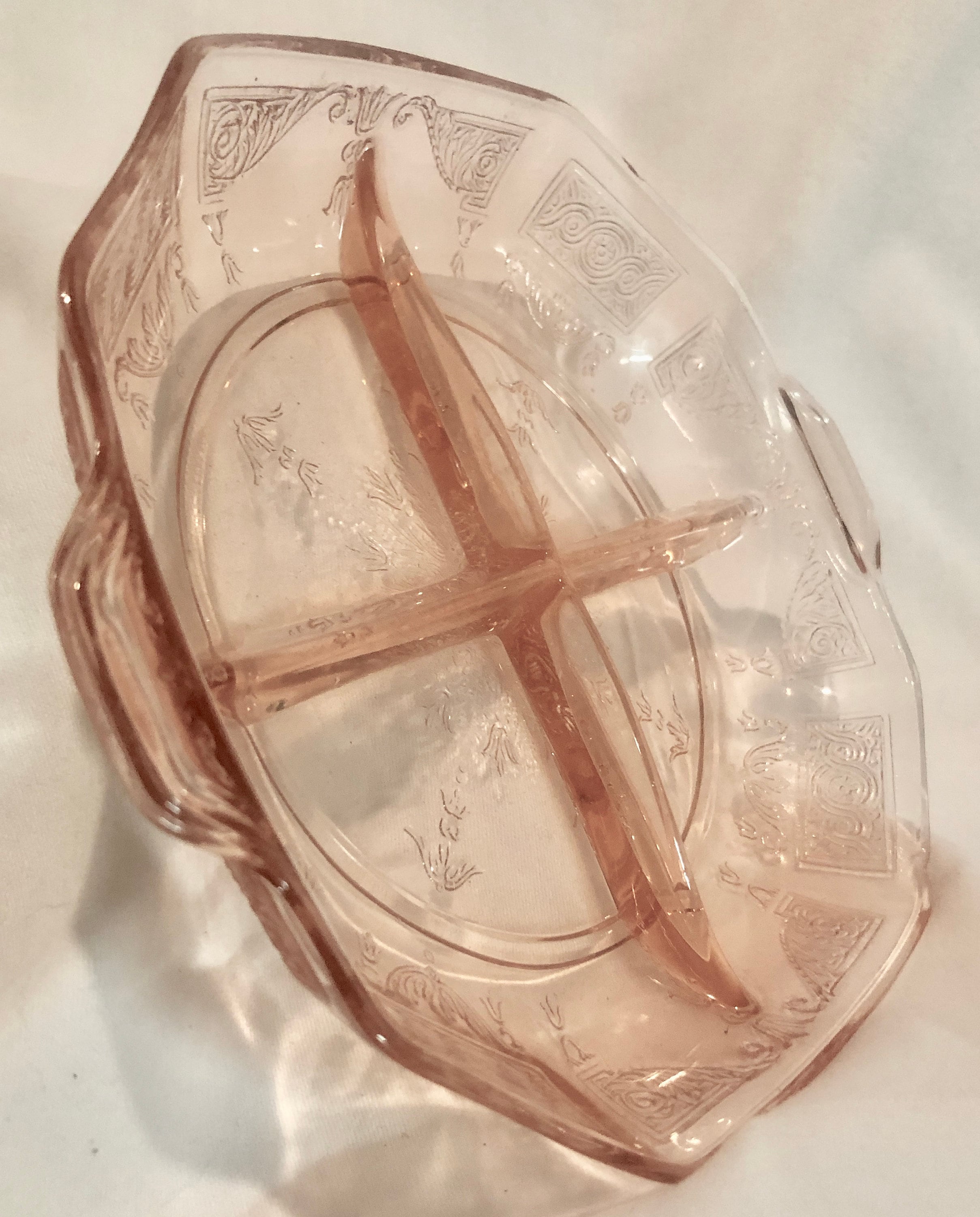 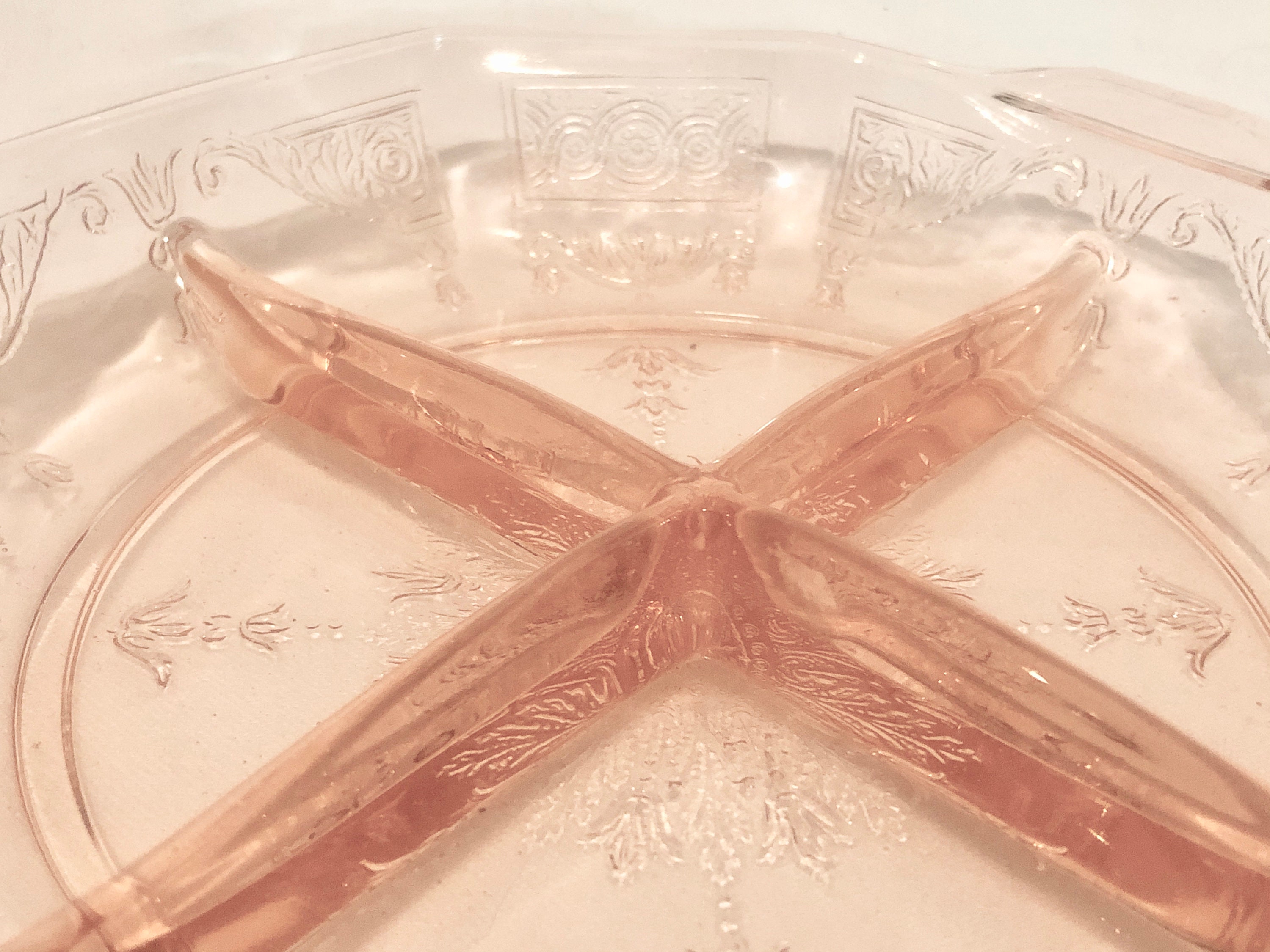 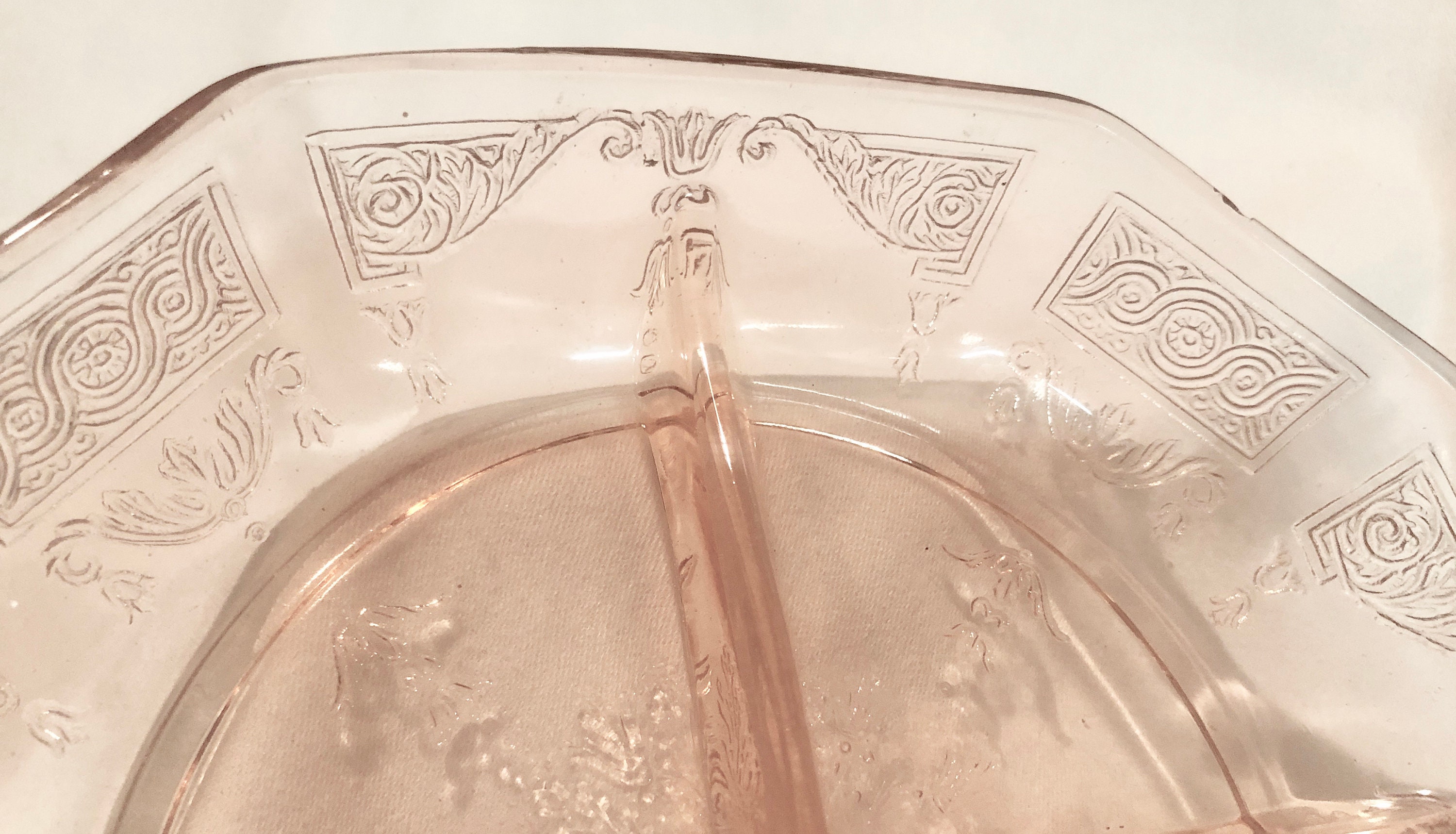 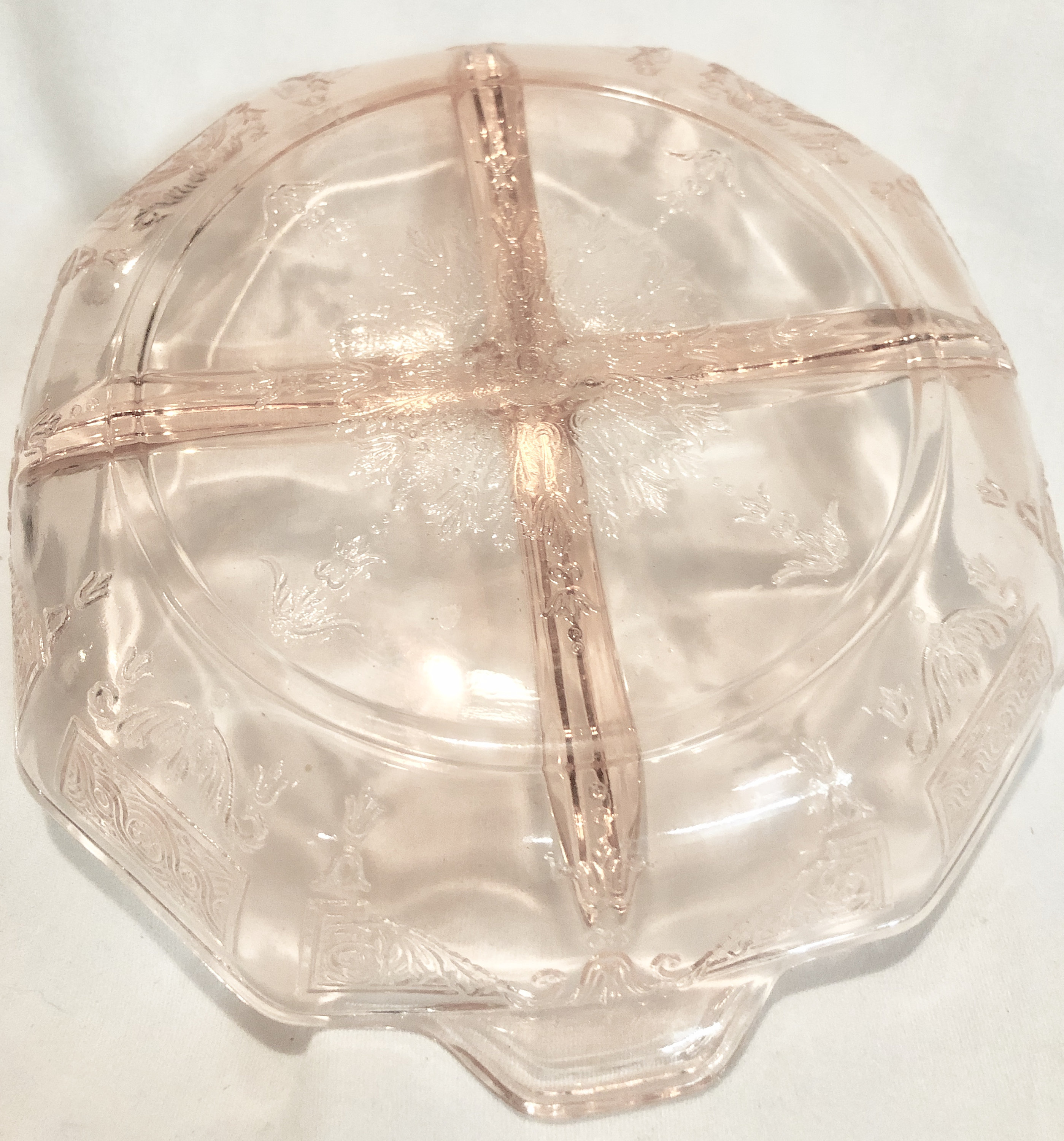 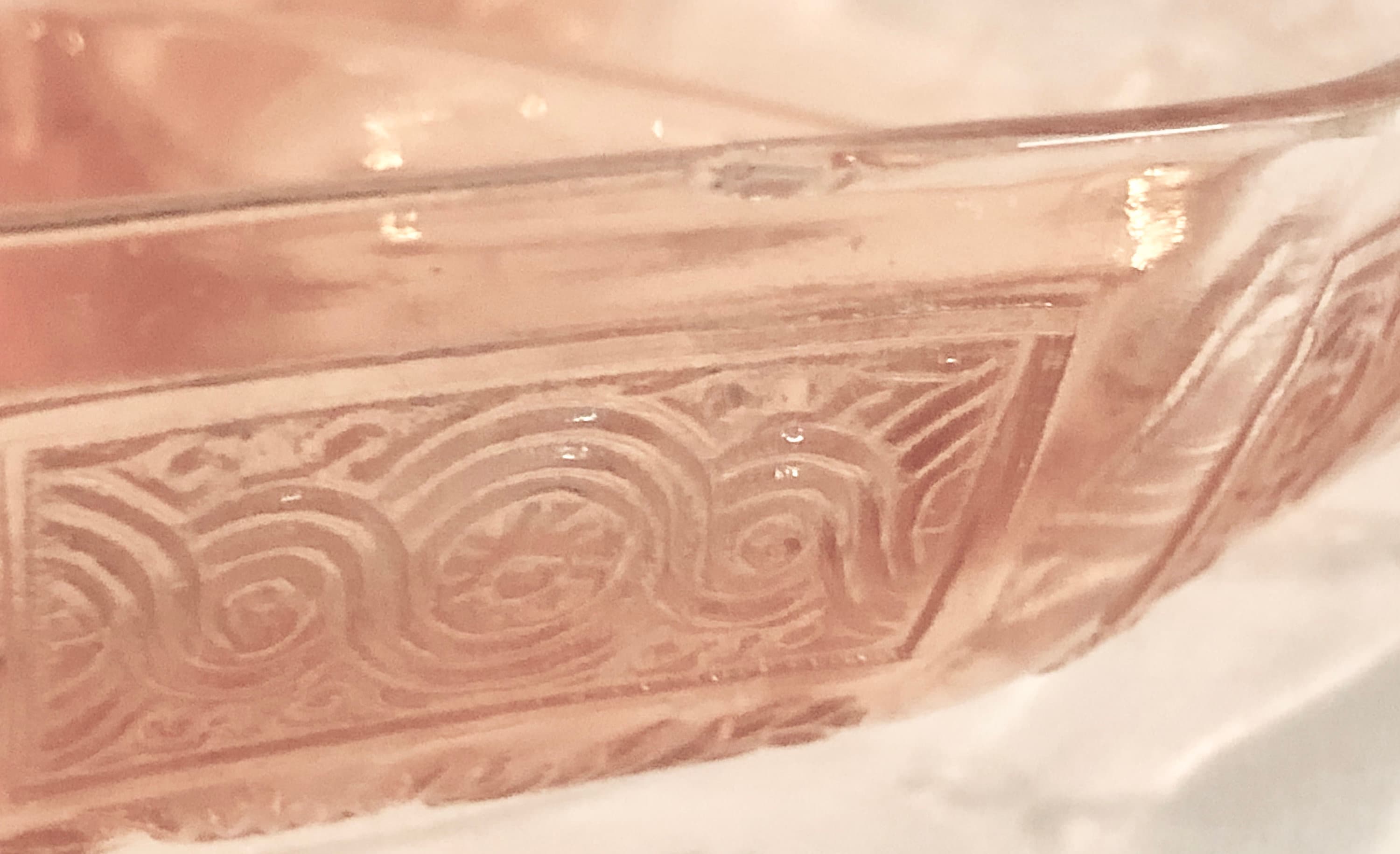 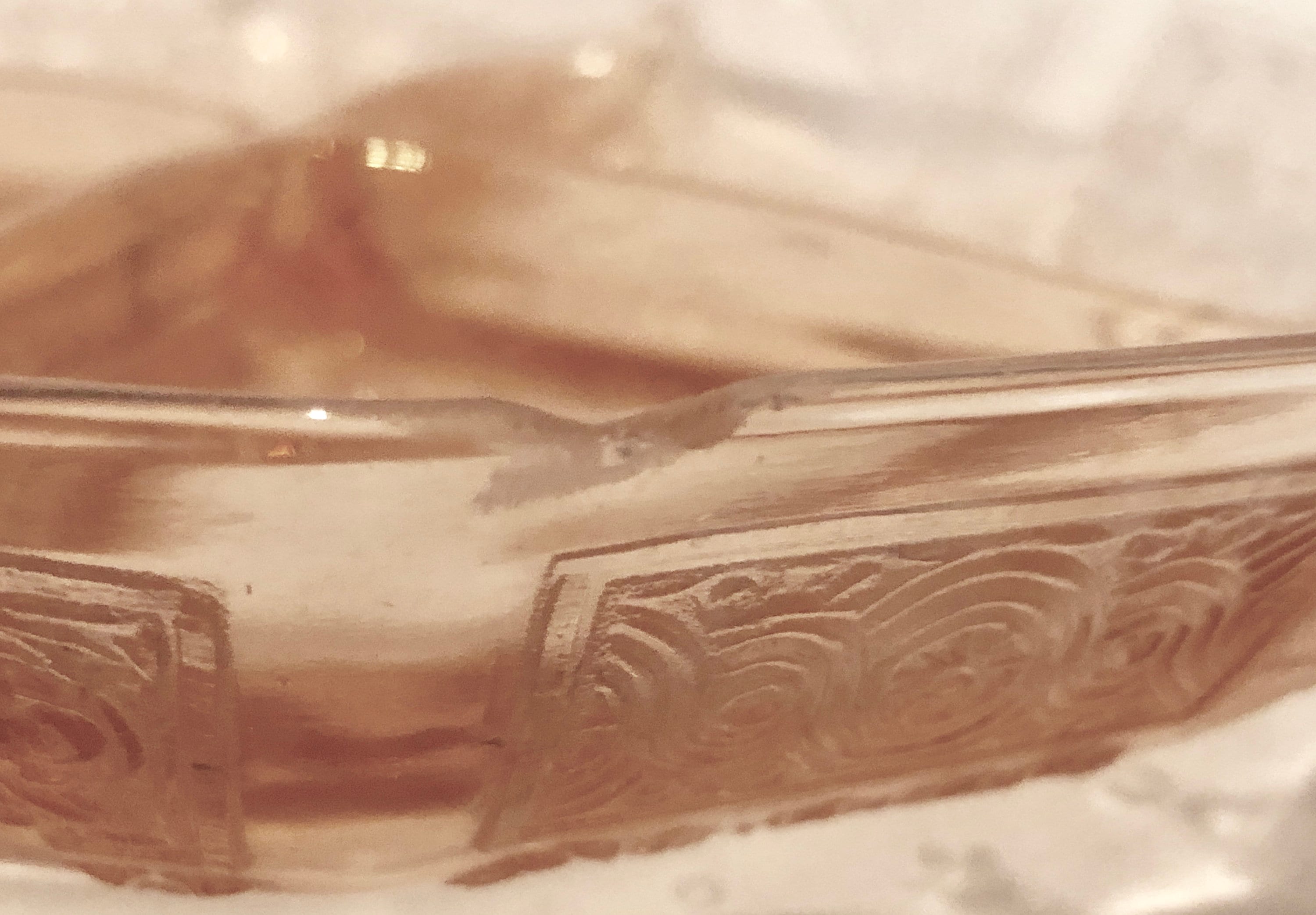 This vintage blush pink depression glass four section divided serving dish is a unique and lovely
with a scroll and leaf pattern.
Perfect for entertaining or decoration. It can also be used as a jewelry tray-perfect for separating rings, earrings etc!!