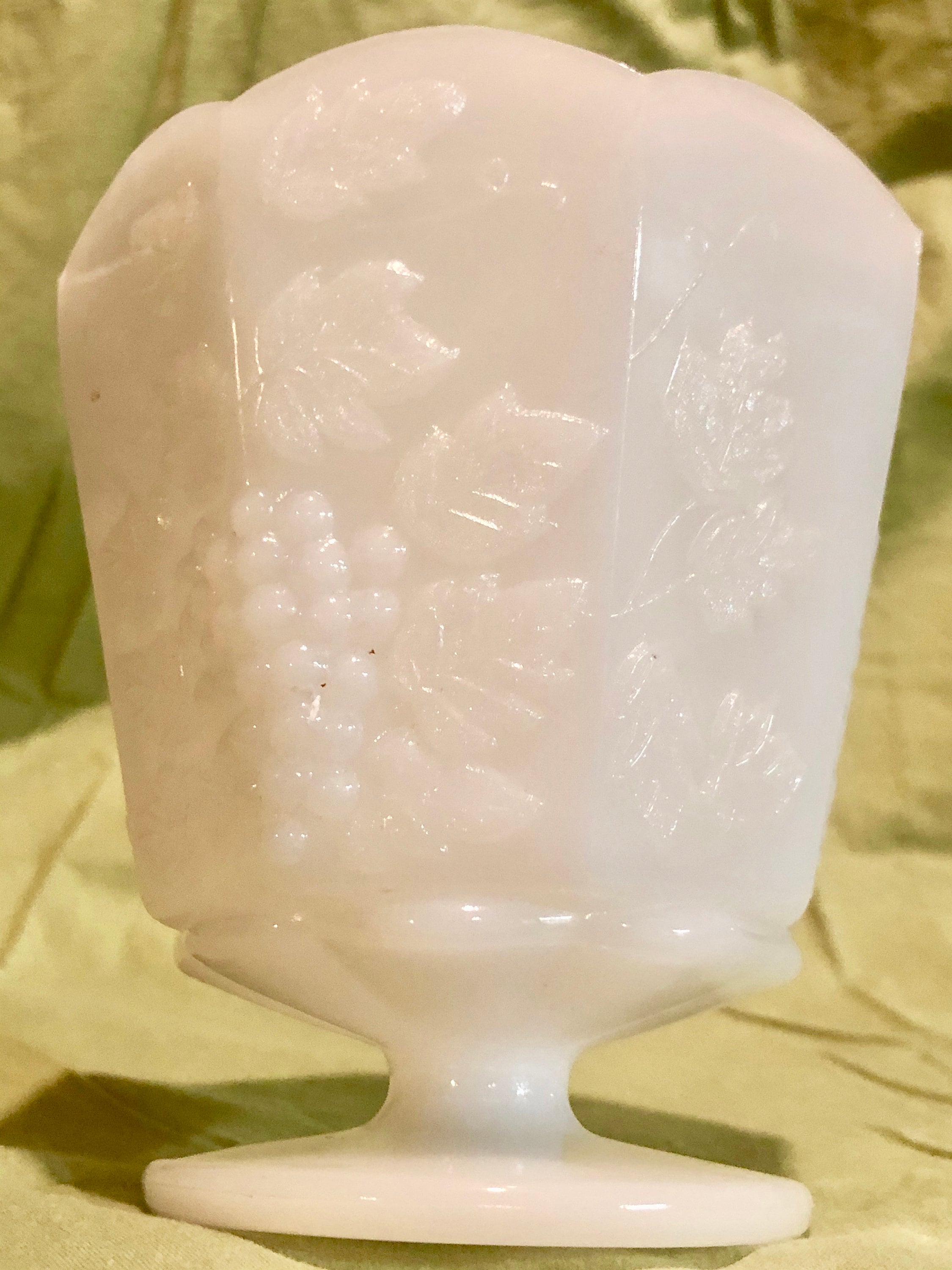 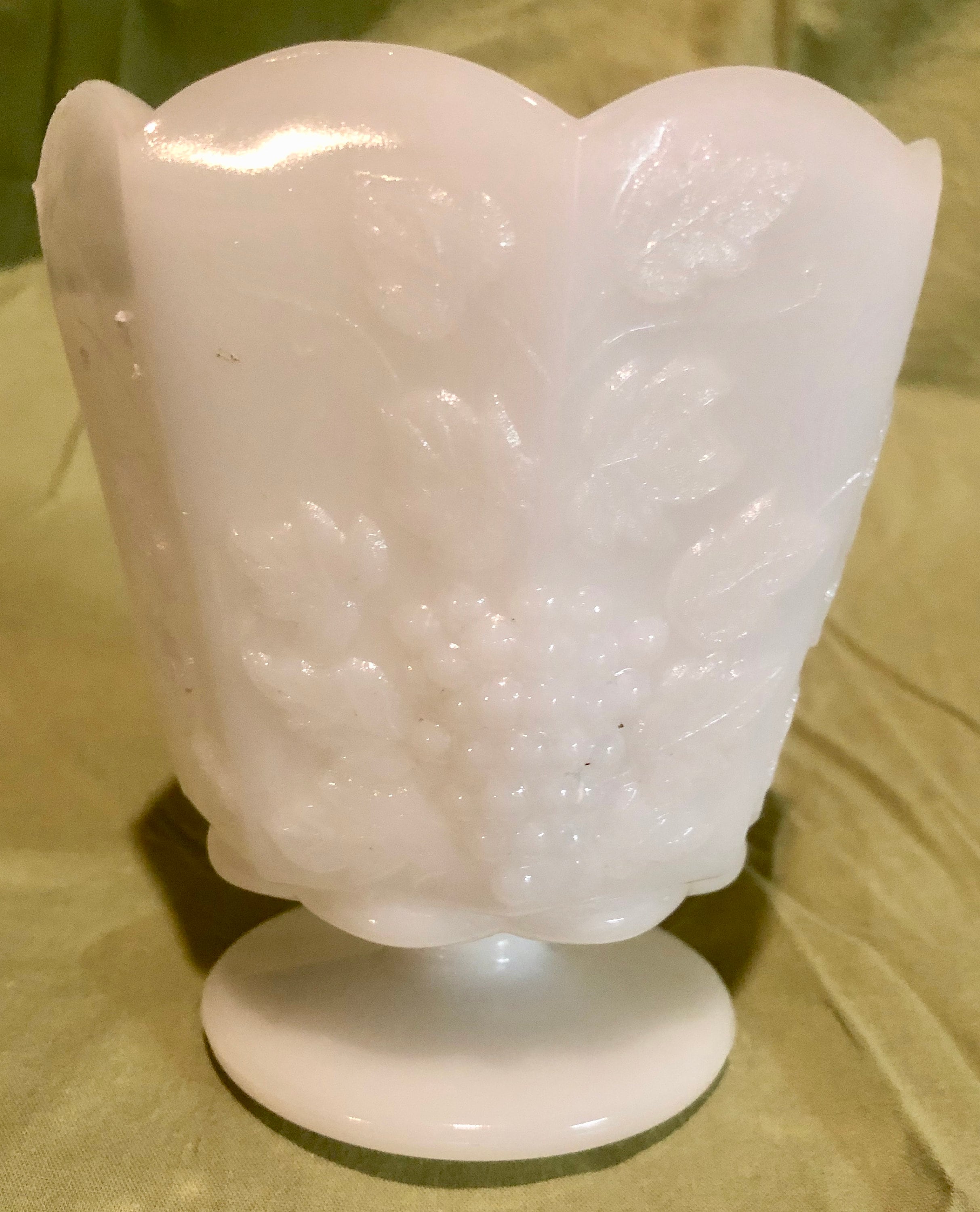 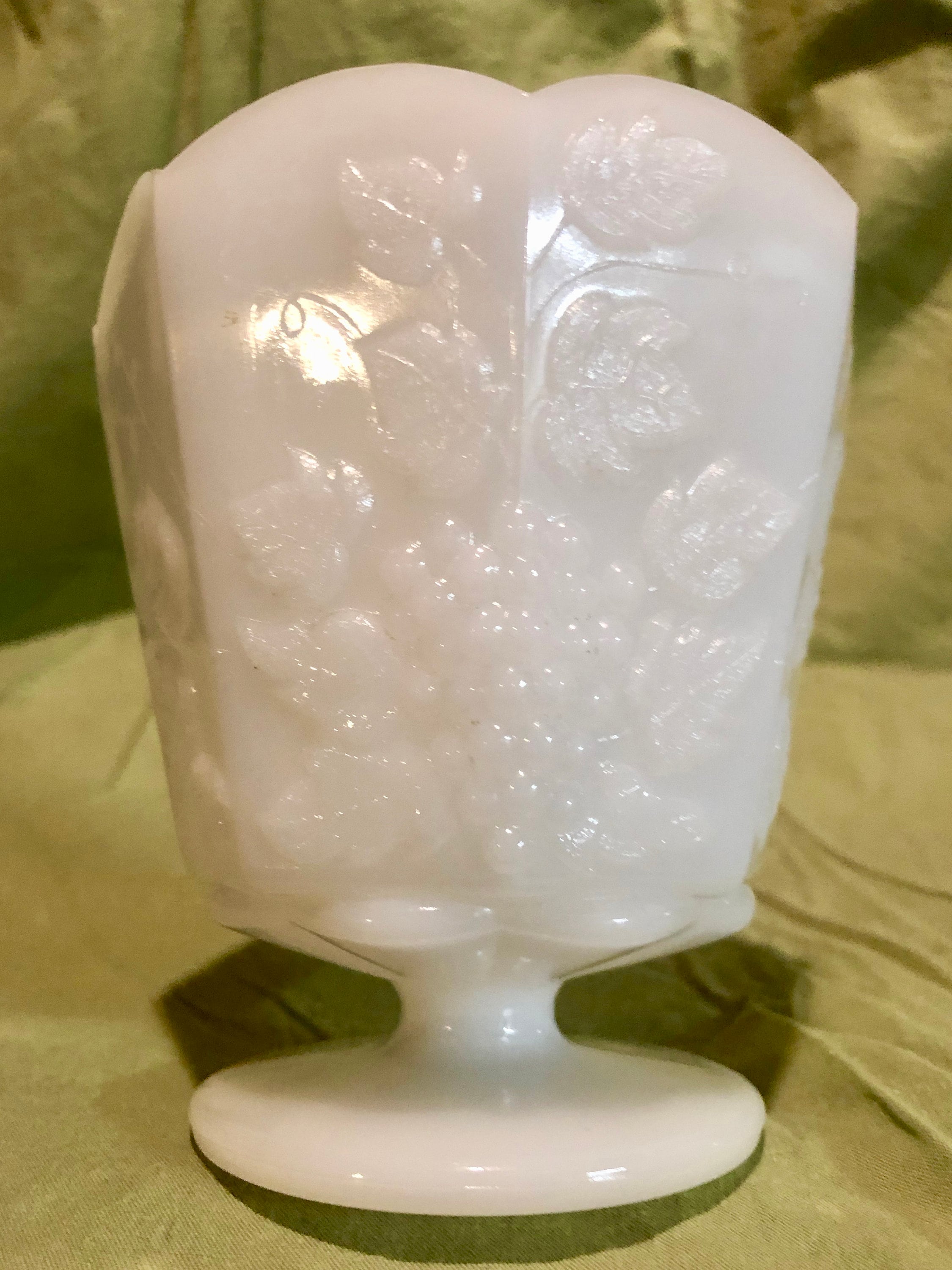 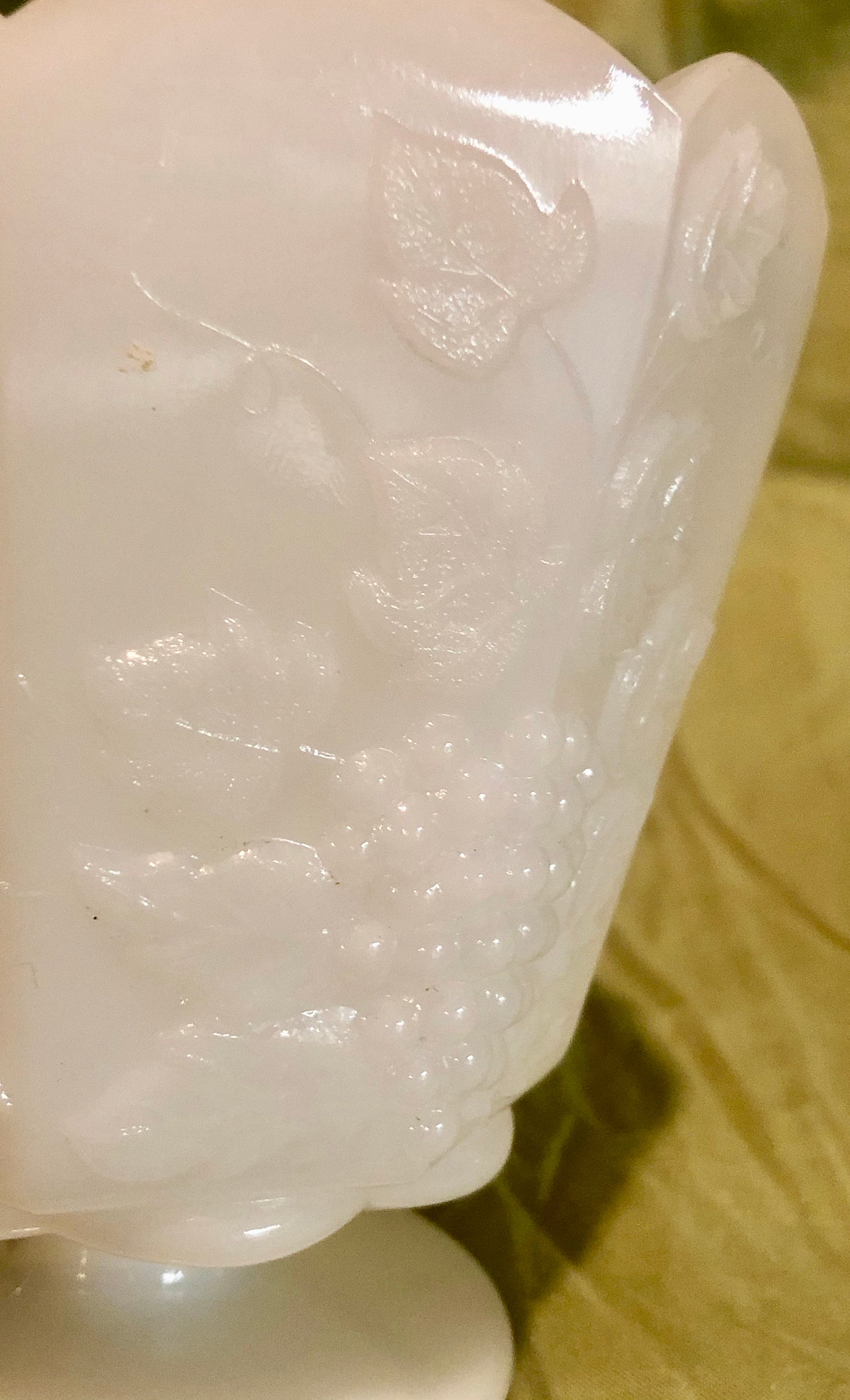 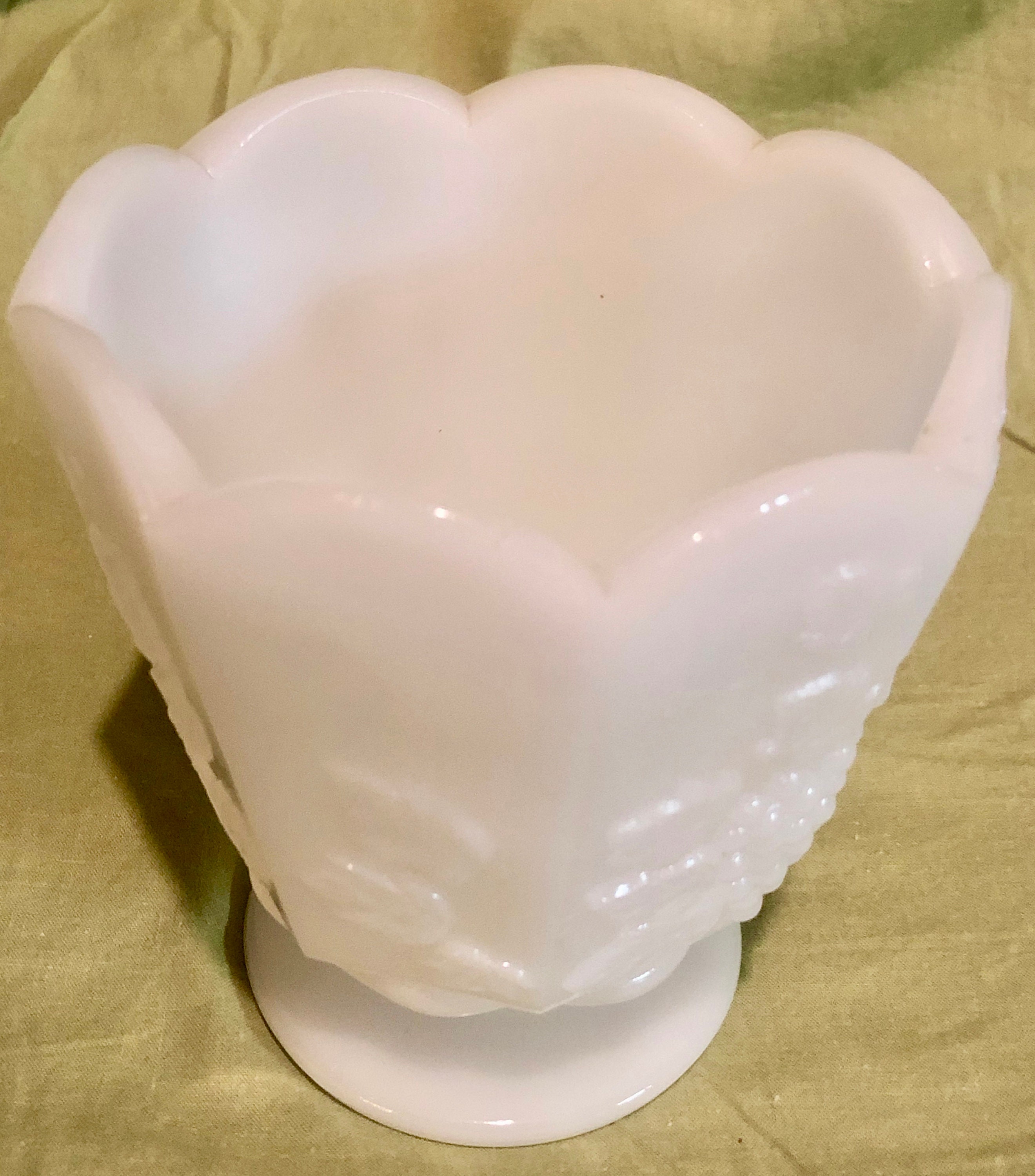 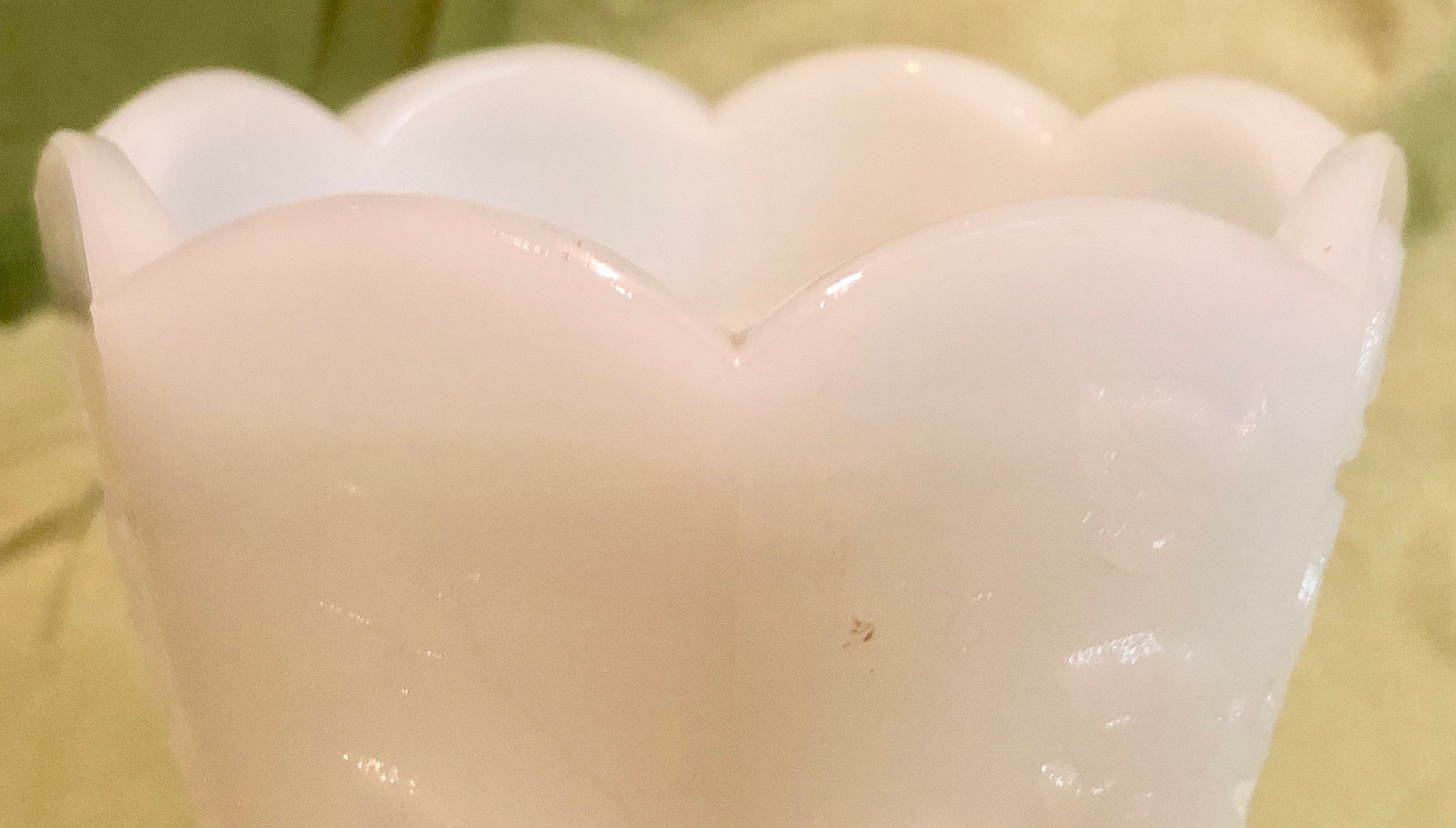 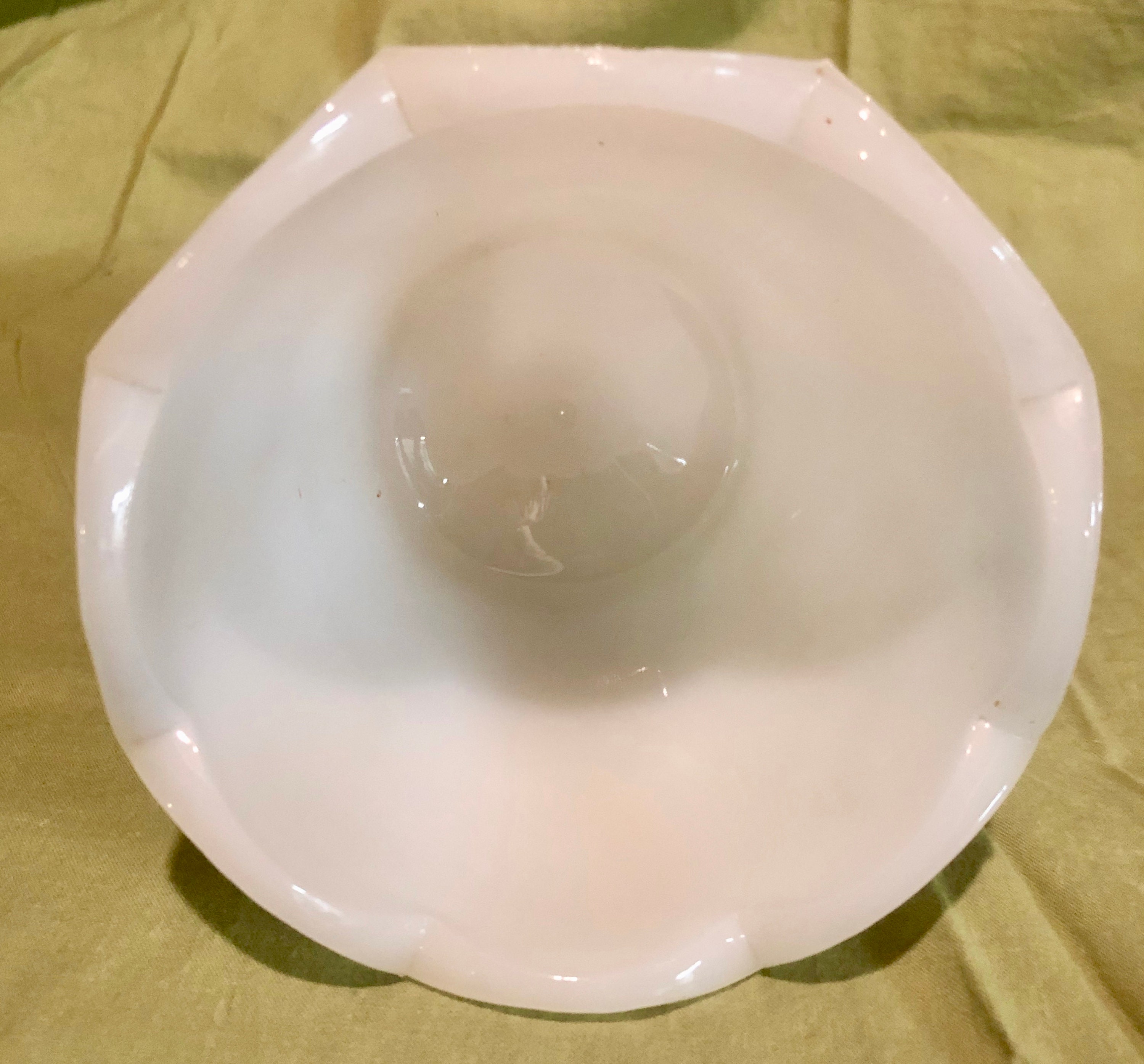 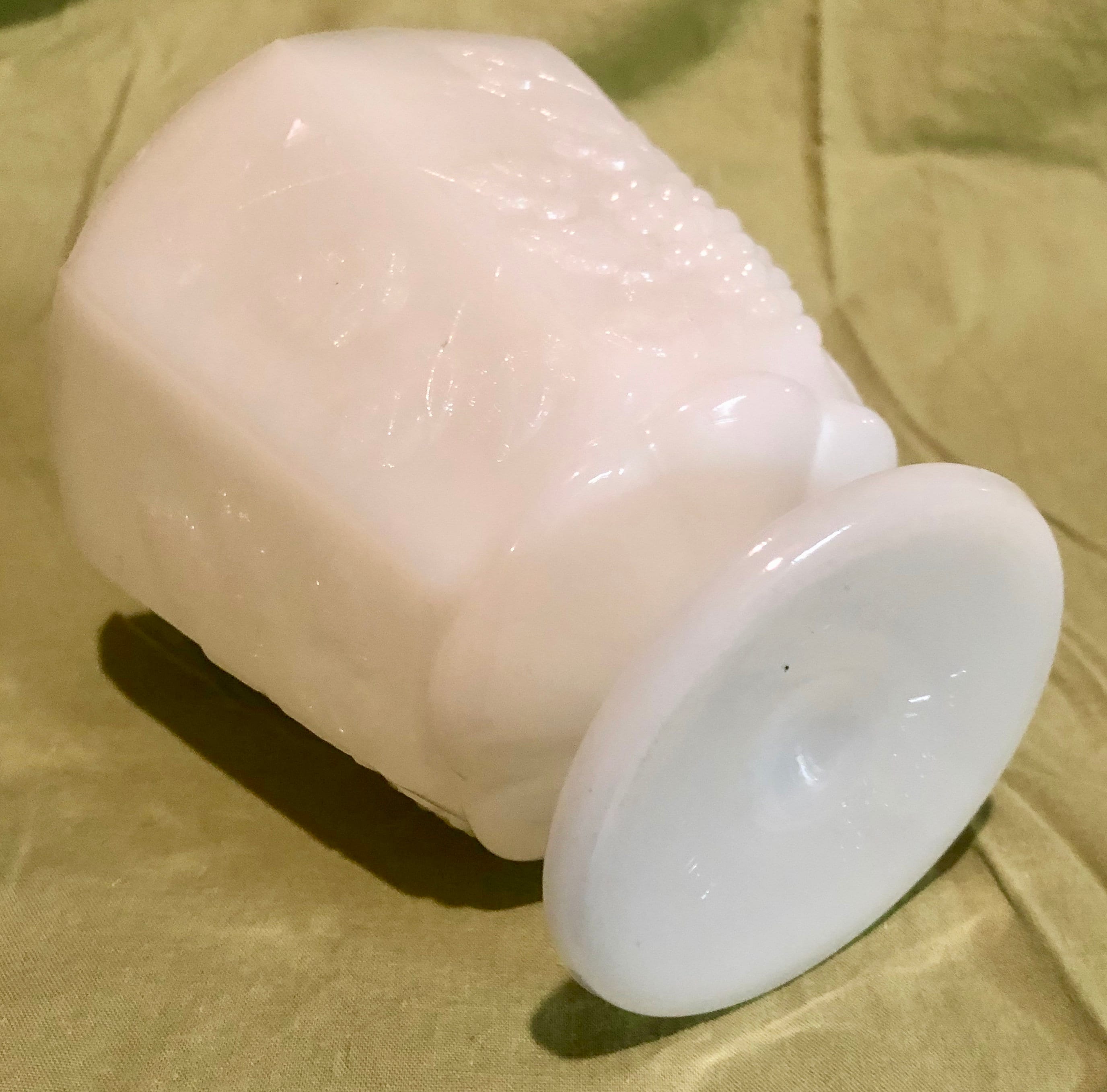 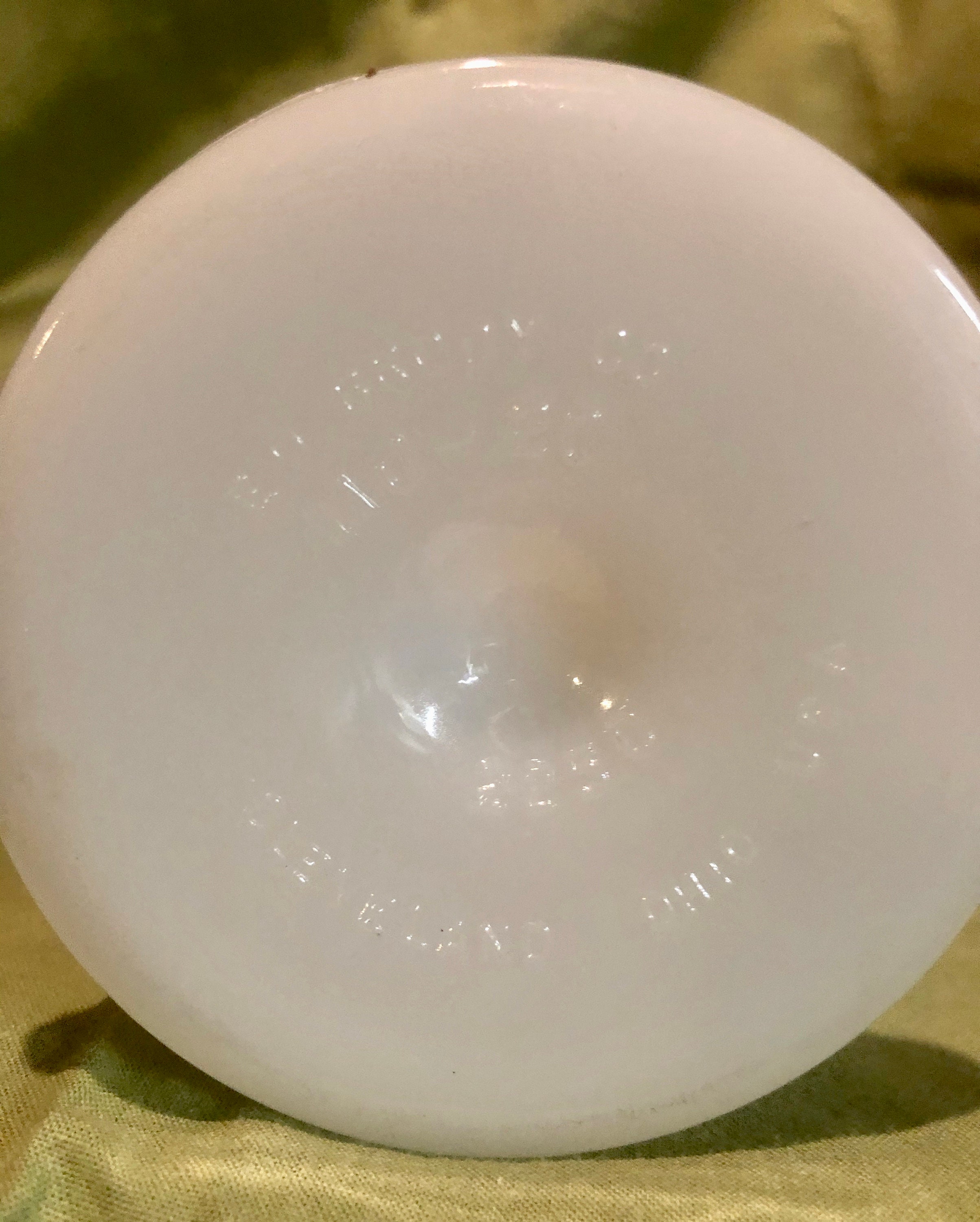 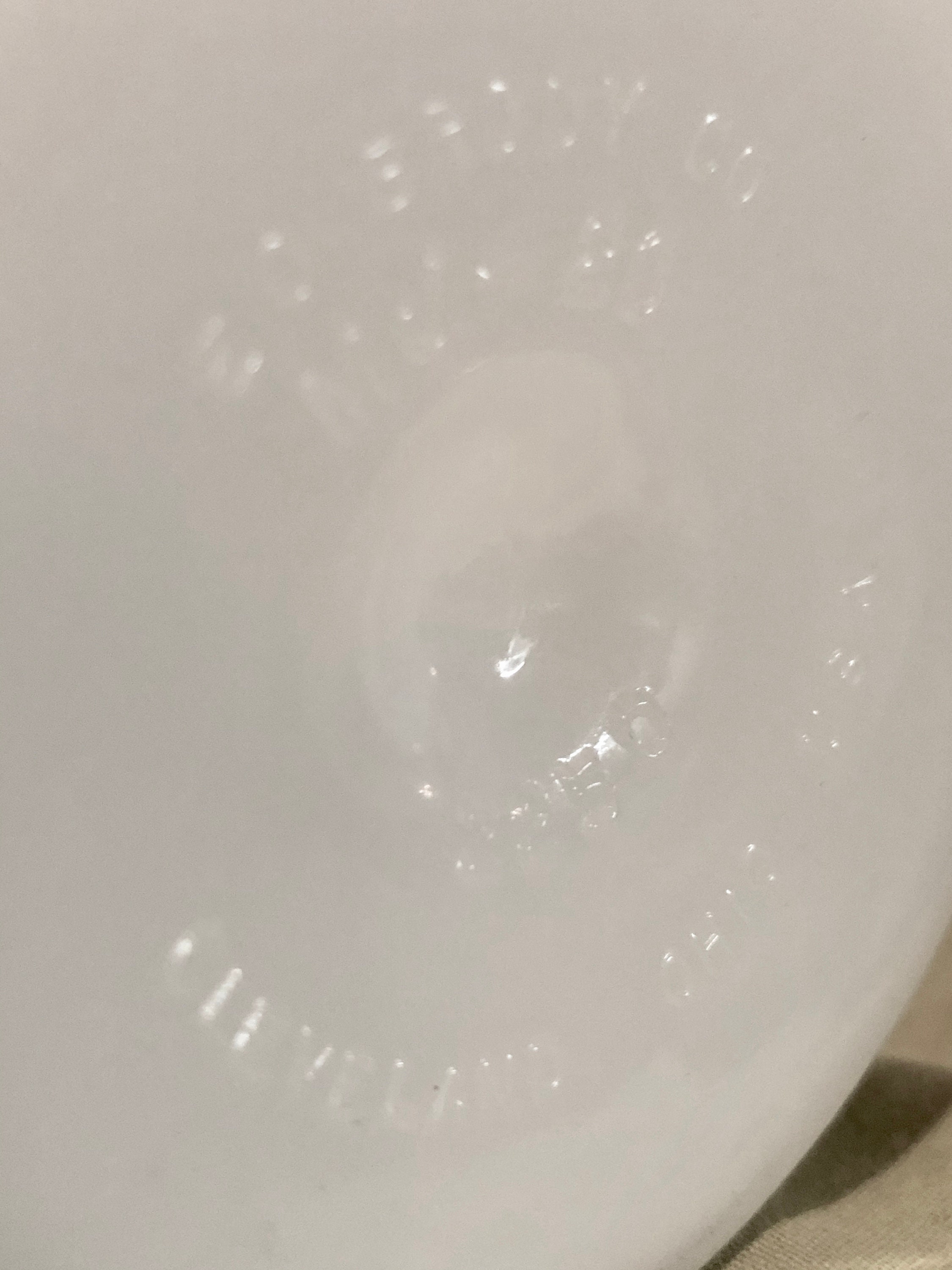 This vintage white milk glass vase is a classic!
With a pedestal base it has eight panels decorated with a grapevine pattern and rounded top edges.
The bottom is marked 'E.O. Brody Mft Co, Cleveland, Ohio

The E.O.Brody Company was founded in 1958 in Cleveland, Ohio, by Ernest Oscar Brody. Mr Brody was known as EO in the florists' trade. His innovative idea was to sell utility glass floral containers exclusively to florists and to market them through wholesale florists who in turn would sell to retail florists. Initially he started the company with only four flower vases/containers in his portfolio. These were made by US glass manufacturers using EO's own molds marked with the company name.

In 1971 the "E.O. Brody Company" was taken over by Lancaster Colony Corporation of Columbus, Ohio. In 1988 the company merged with Lancaster Colony's housewares division, headquartered in Cincinnati. They continued to market glass utility floral containers and a small number of upscale vases exclusively to wholesale florists for redistribution to retail florists. In 2007 Indiana Glass and E O Brody were bought from Lancaster Colony and merged with Anchor Hocking.

E.O. Brody products are mostly inexpensive, mass-produced, vases, bowls, and flower pots. The company commissioned a large volume of milk glass and green glass pieces, selling for 50 cents to a dollar. They also sold brown glass and clear glass with a red painted surface. They even imported crystal vases from Turkey, which were marked with a paper label "Made in Turkey for E.O.Brody Company". E.O.Brody and his wife are now retired. But the company they founded and its brilliant idea to sell florists containers through wholesale florists continues on.