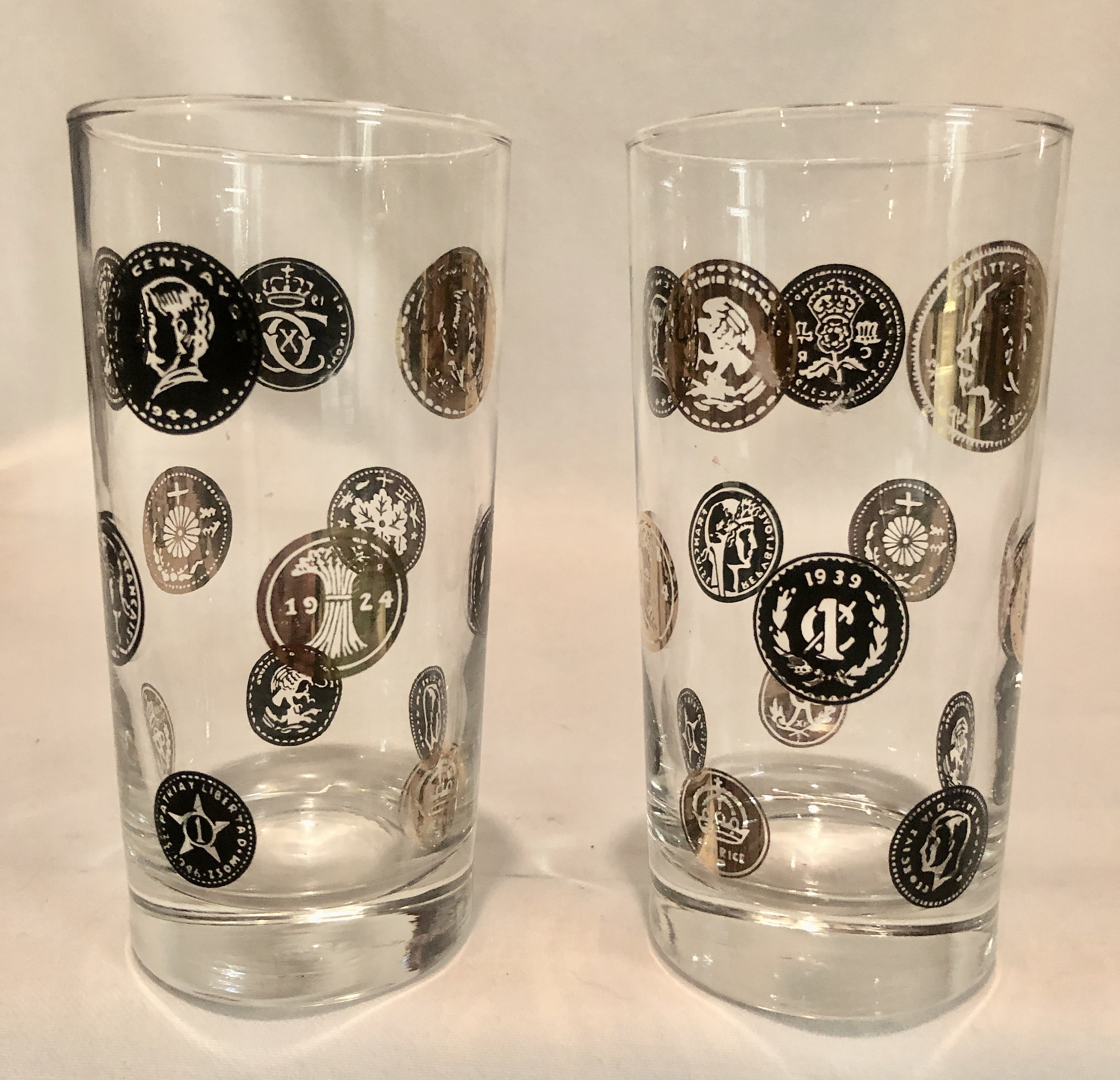 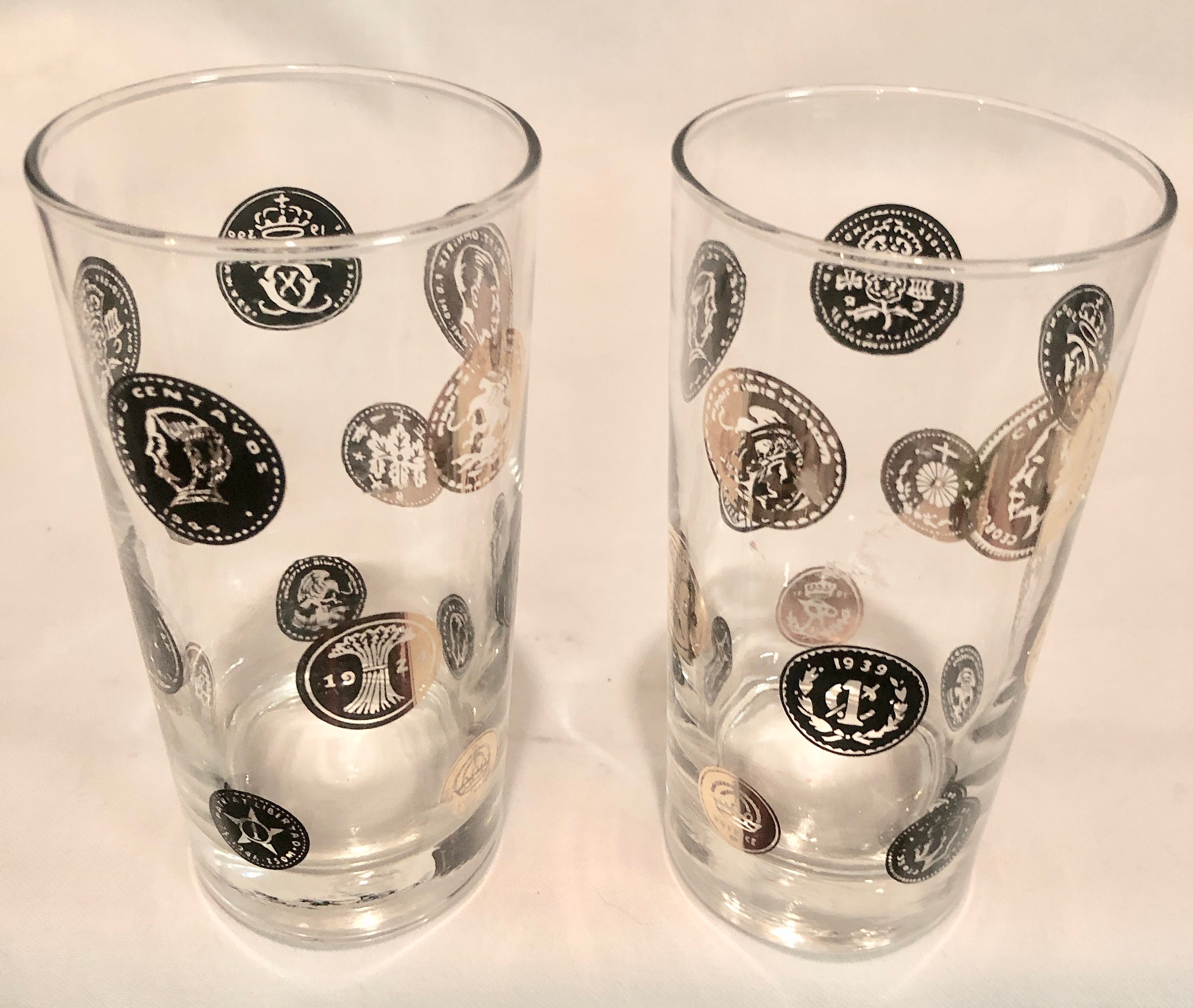 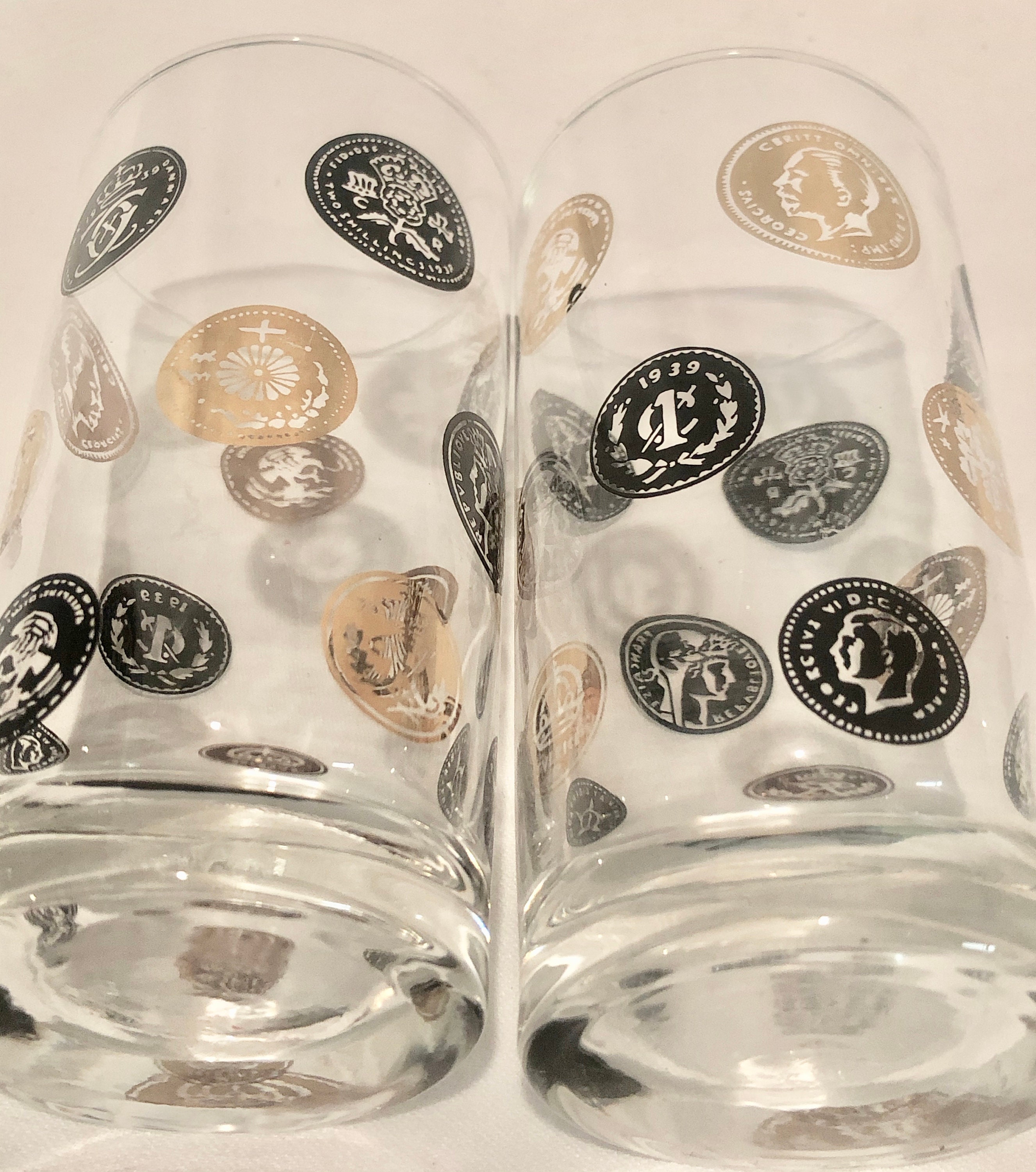 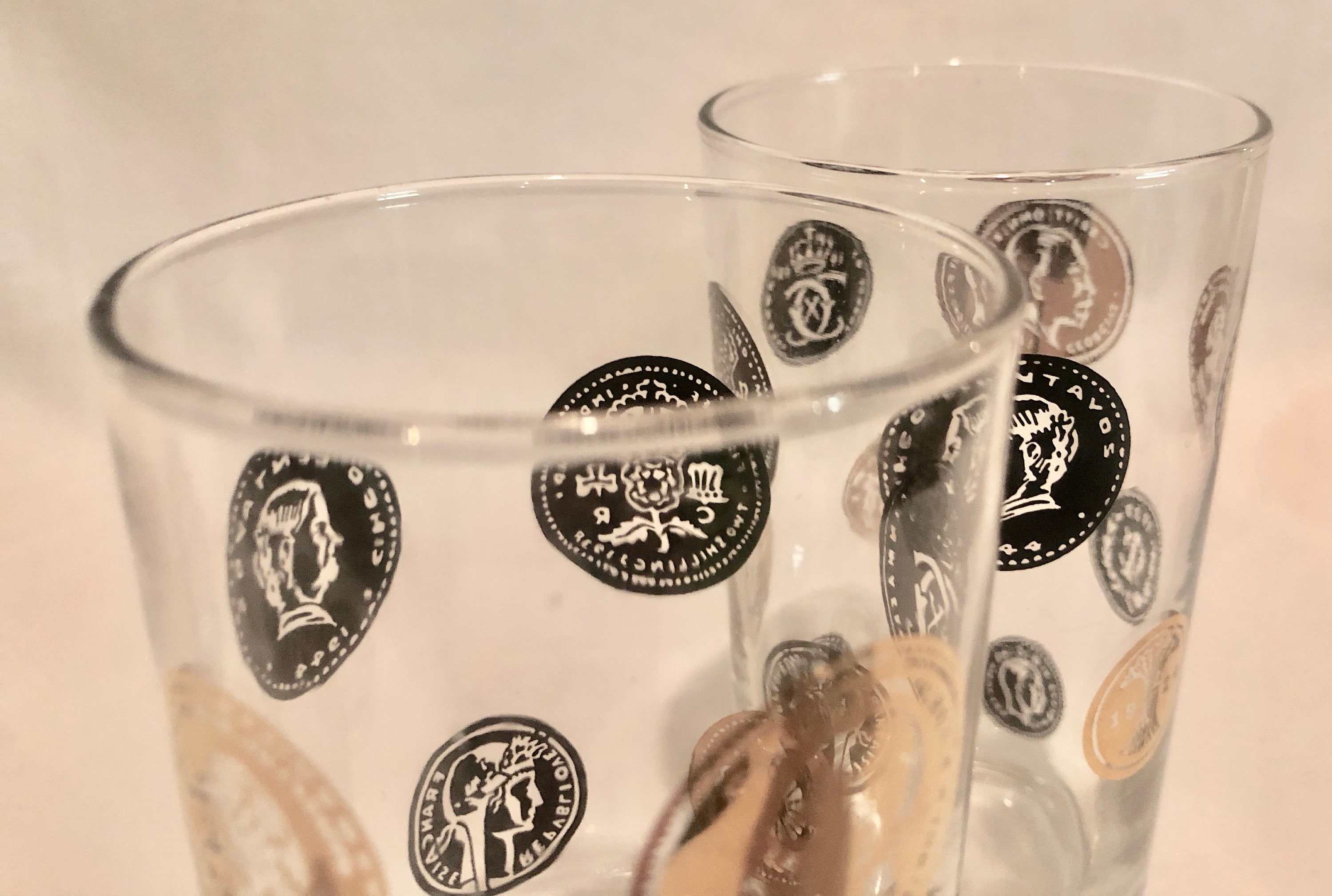 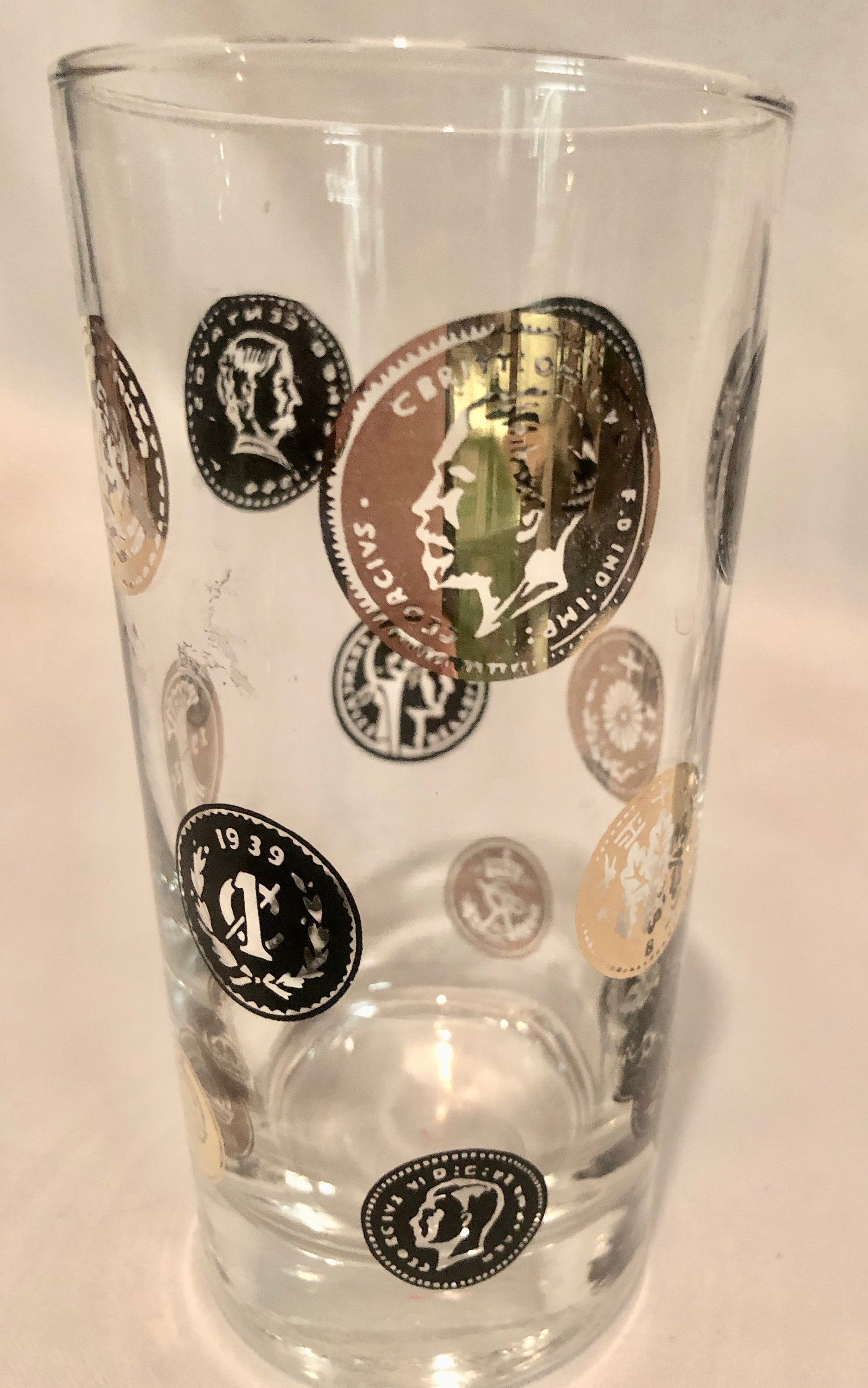 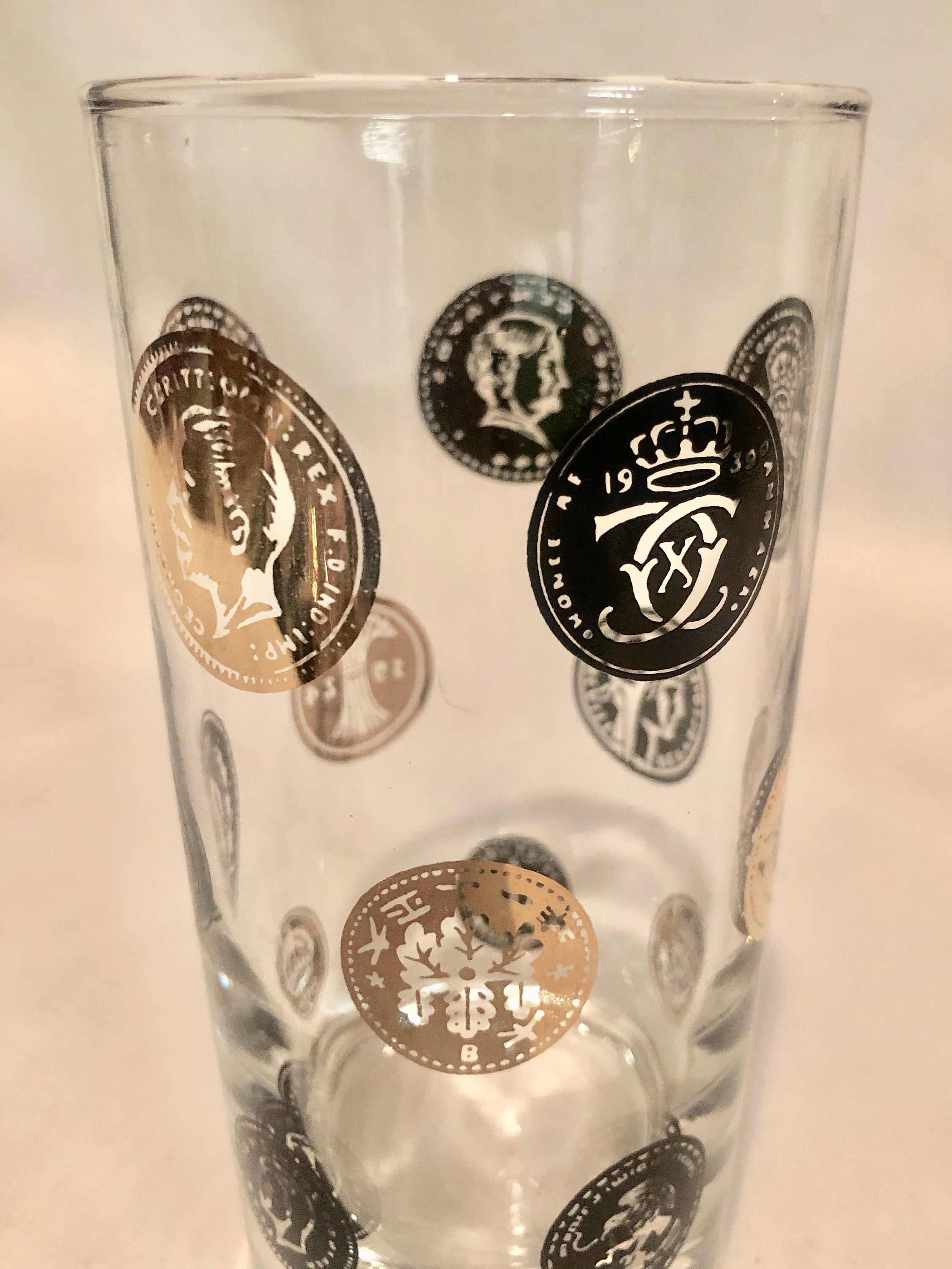 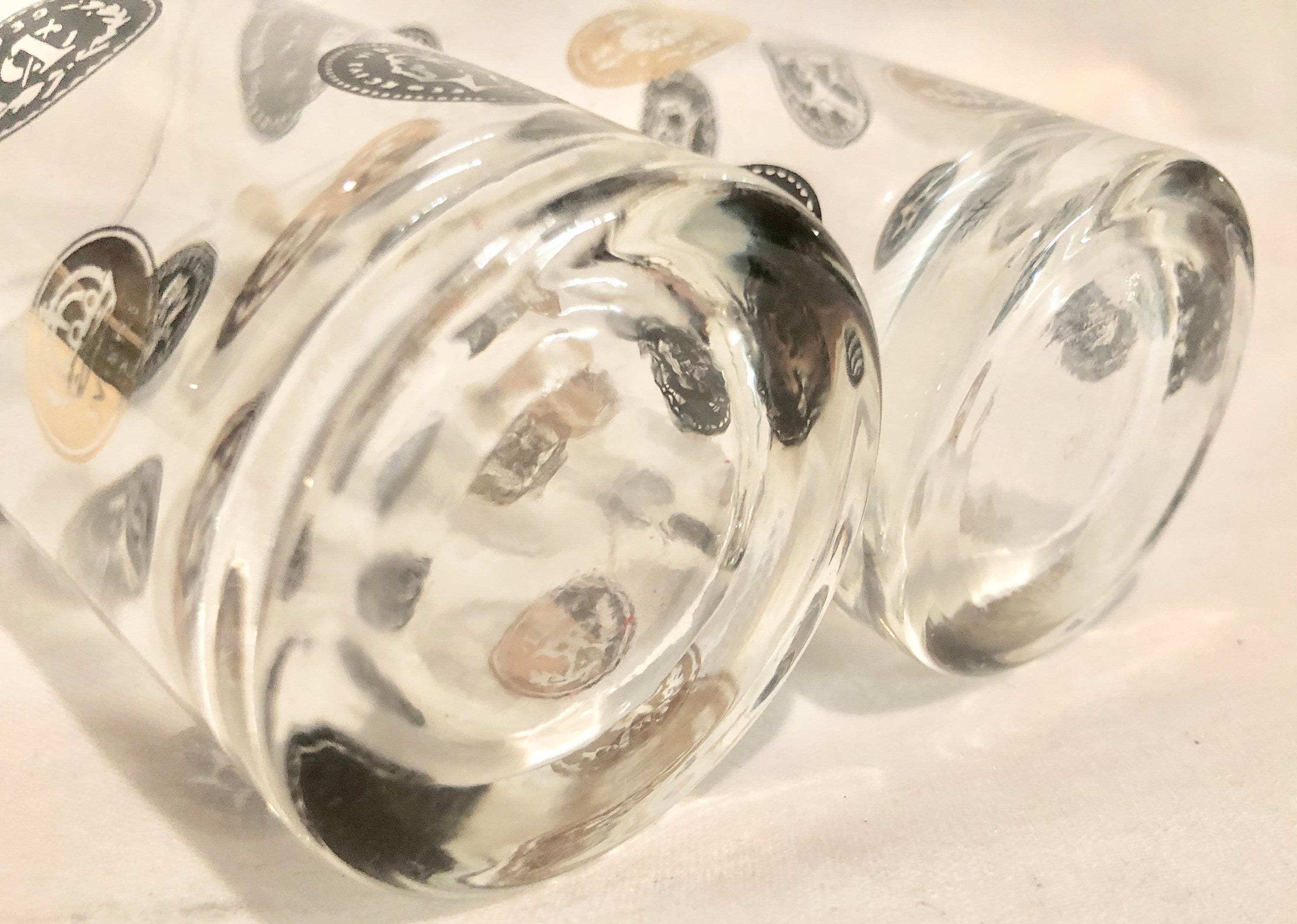 These vintage midcentury modern Libby highball glass tumblers are decorated with black and gold coins.
Both have the trademark Libby 'L' on the bottom.
Each glass measures 5 1/2" tall x 2 1/2" and hold 12 fluid ounces
with no chips or cracks

Perfect for juices, water or cocktails.
A great gift for coin collectors!!
A great decorative piece to any bar- cool and functional !