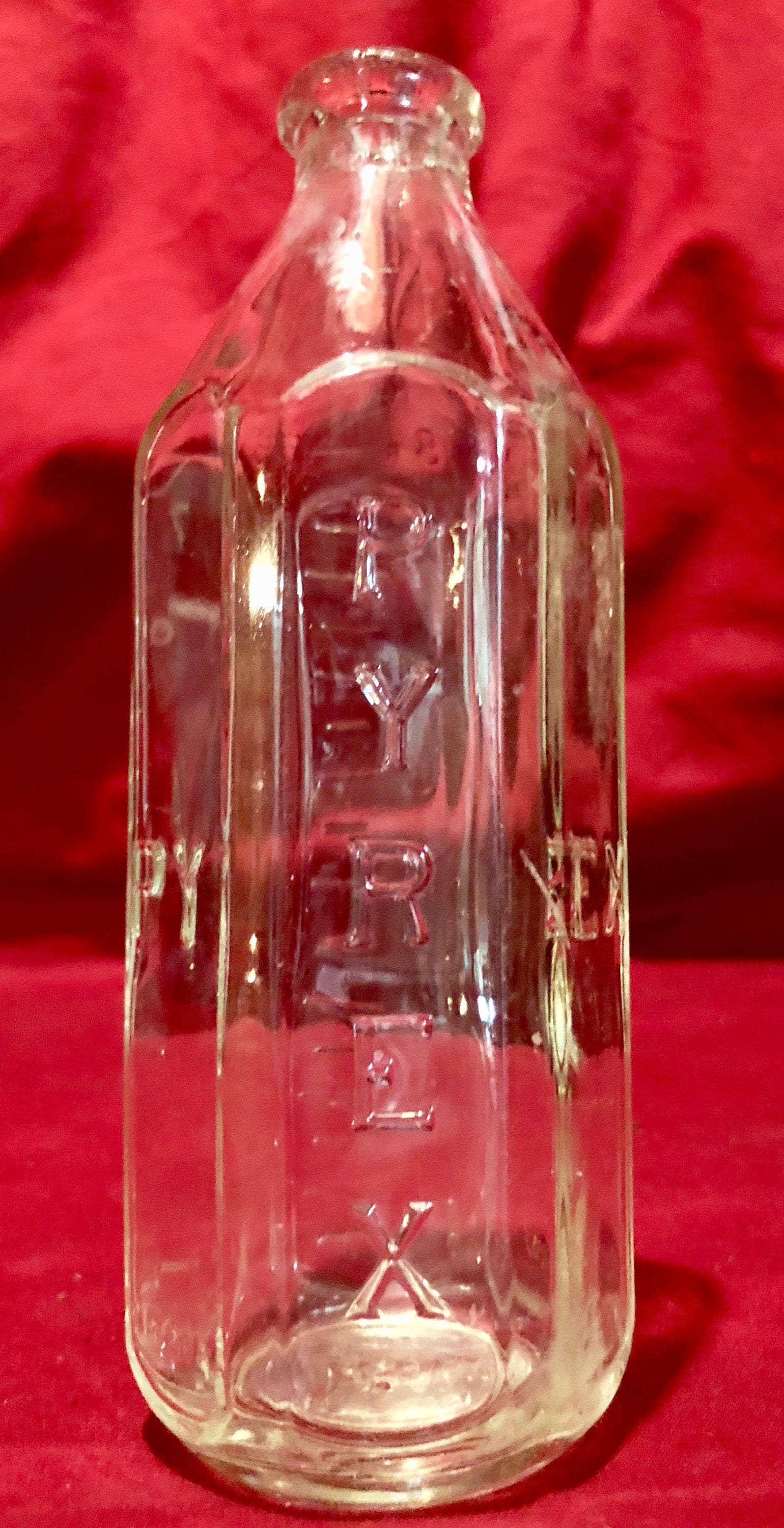 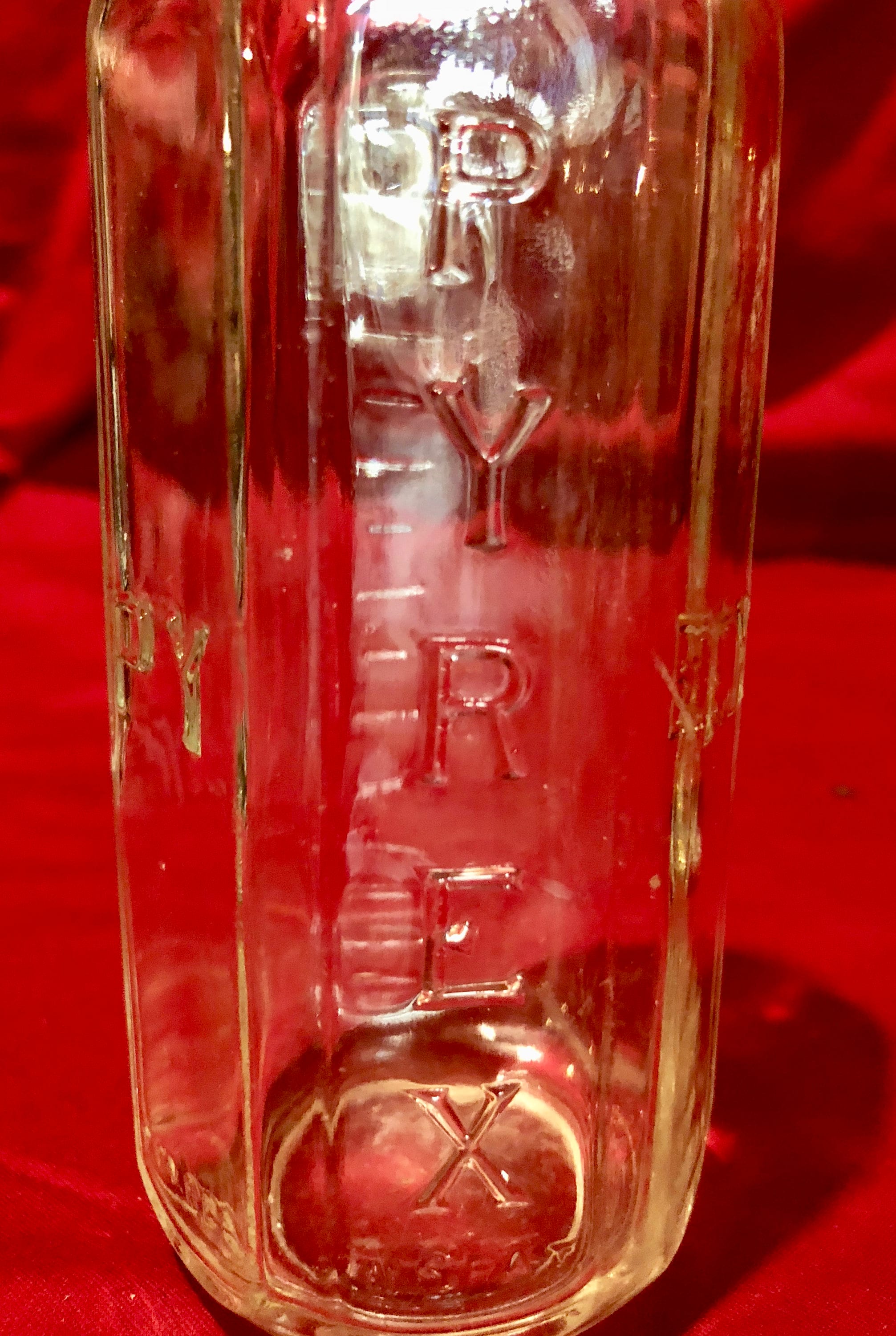 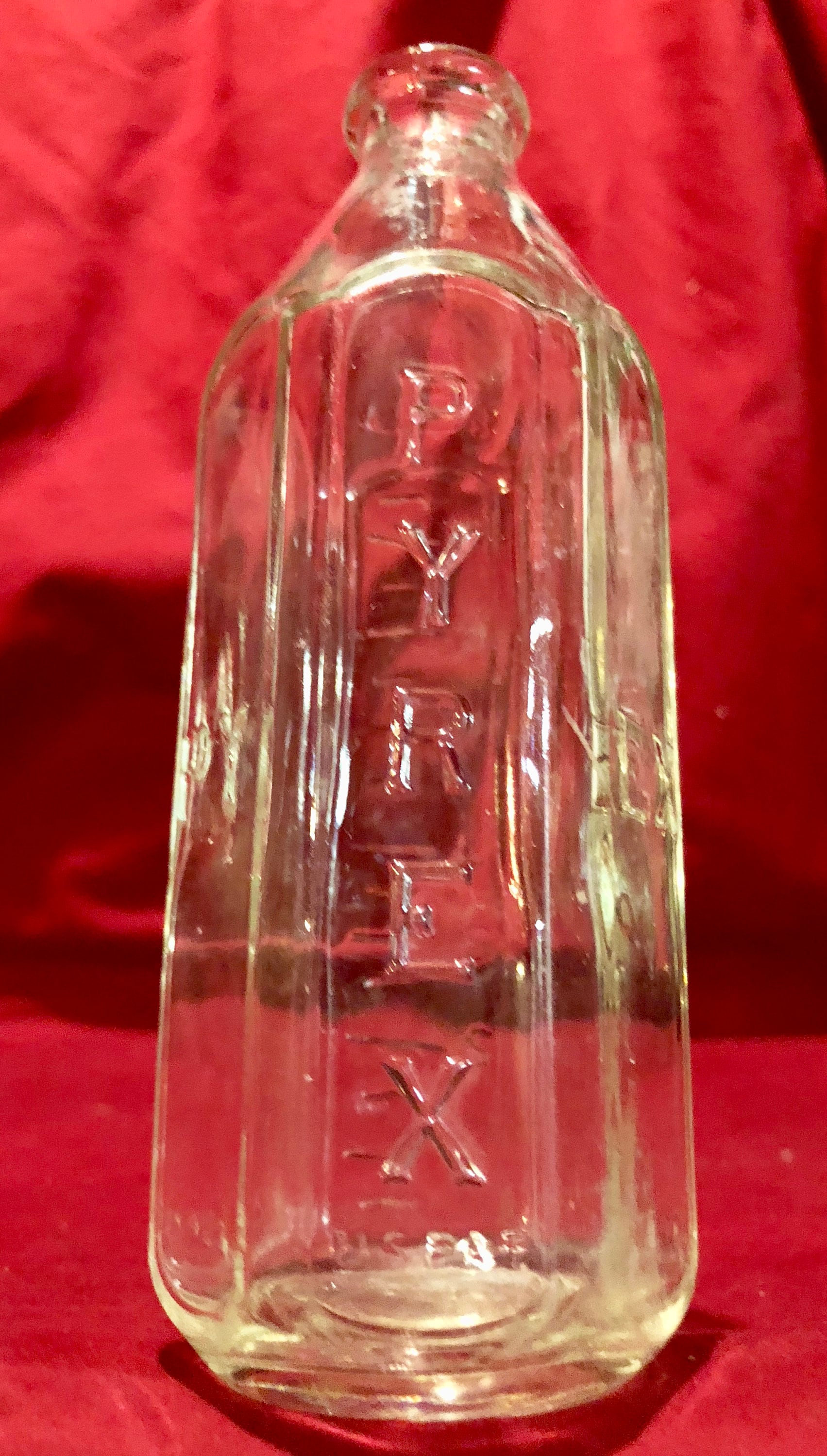 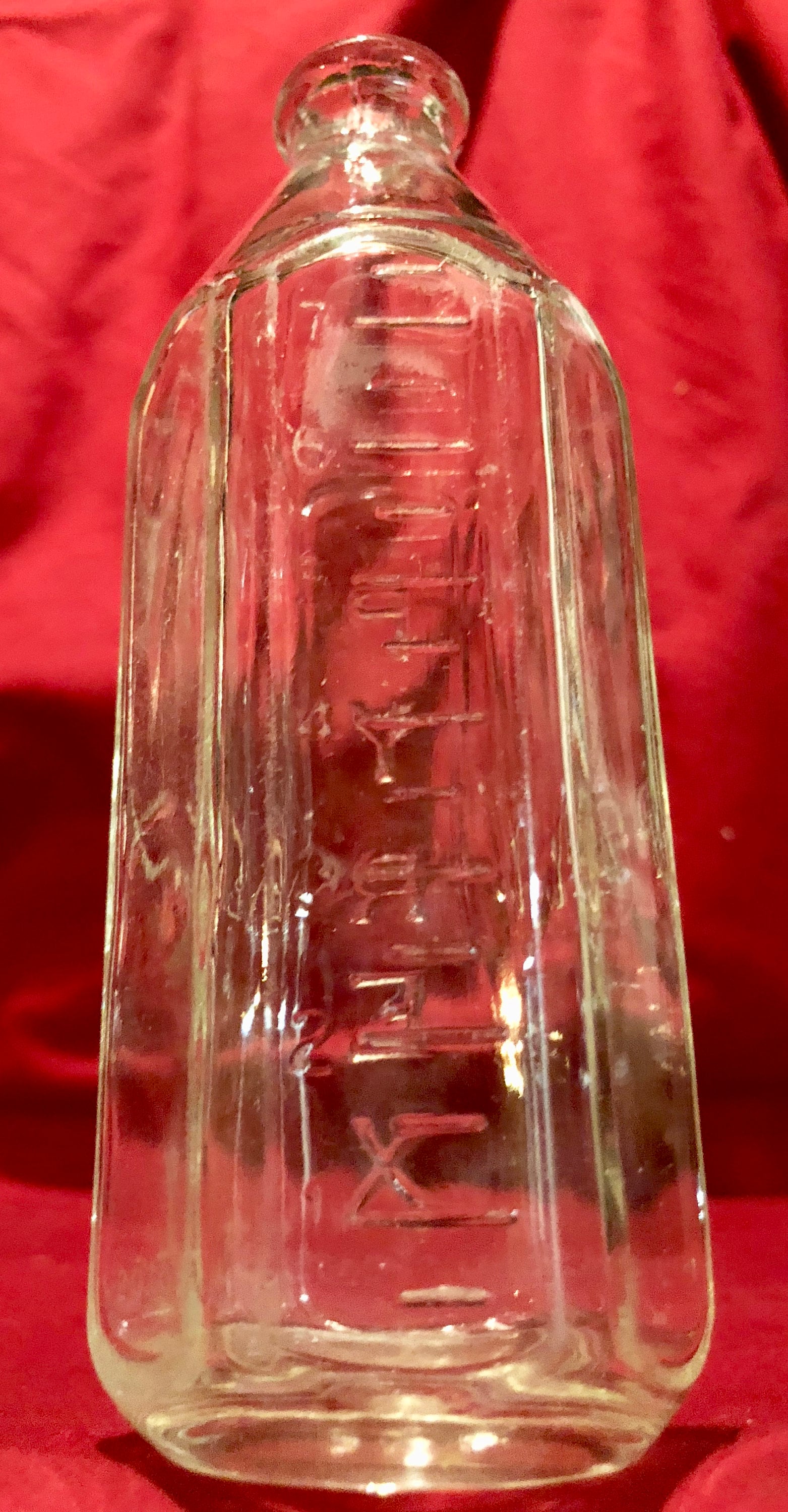 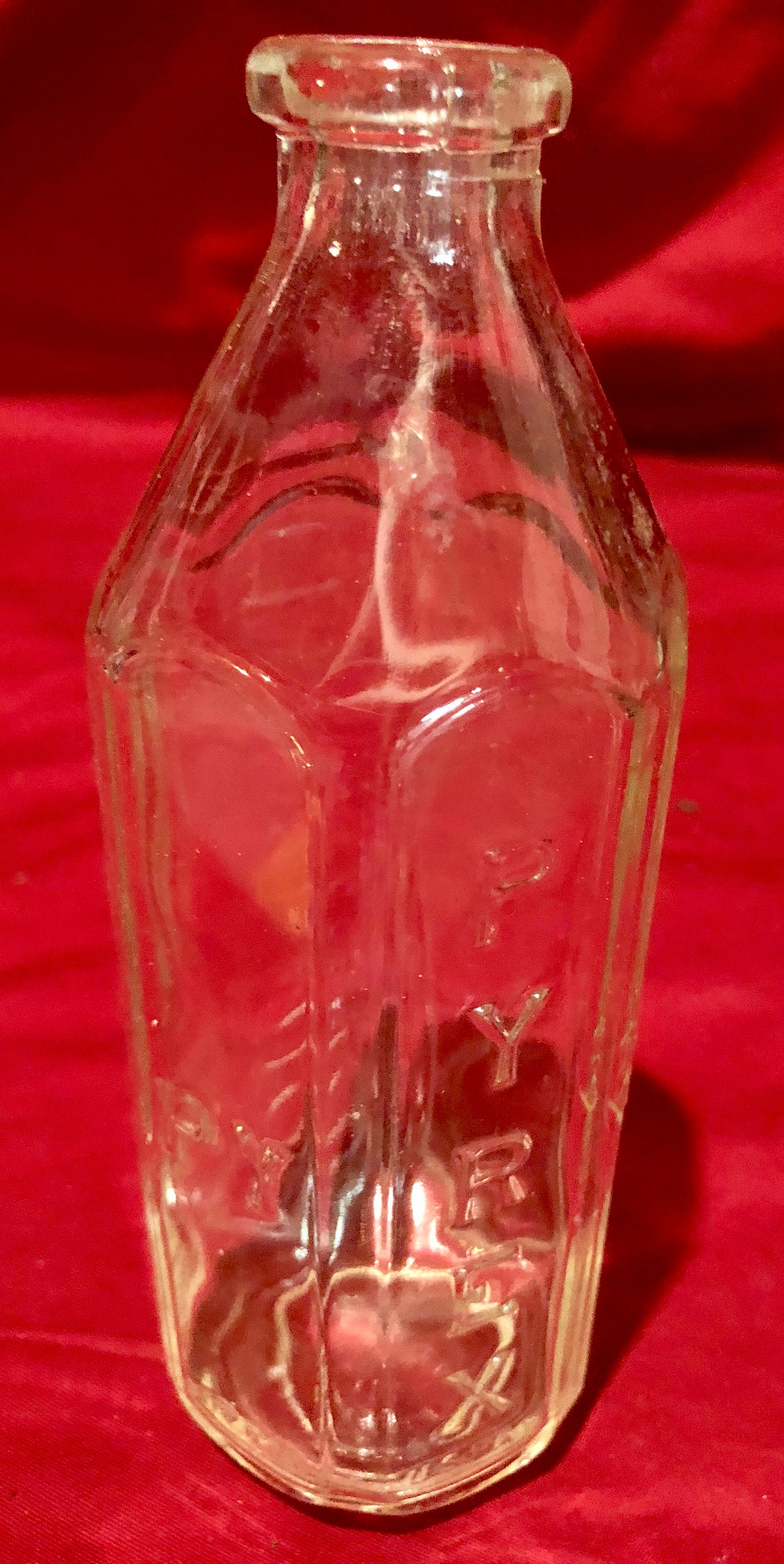 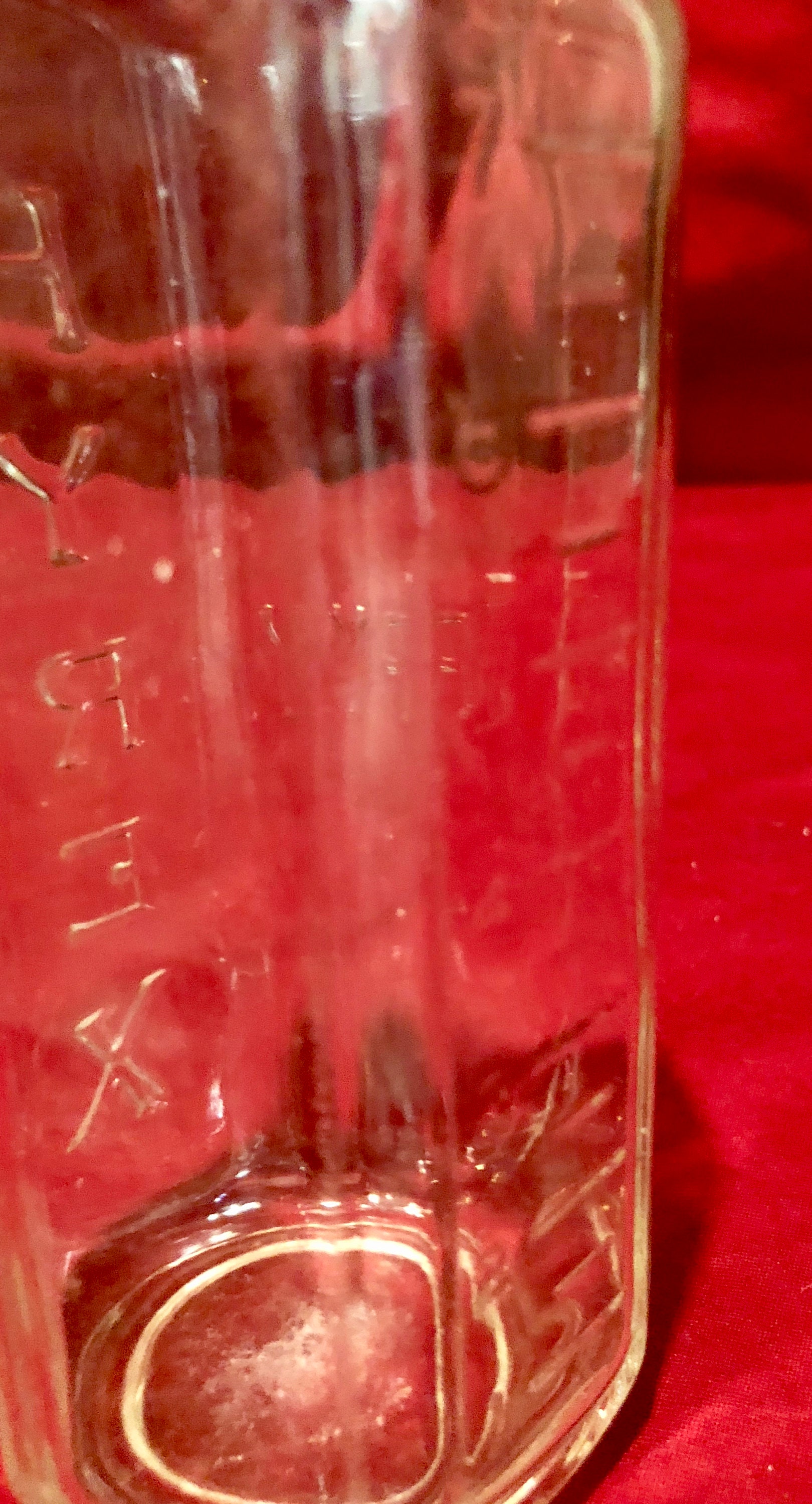 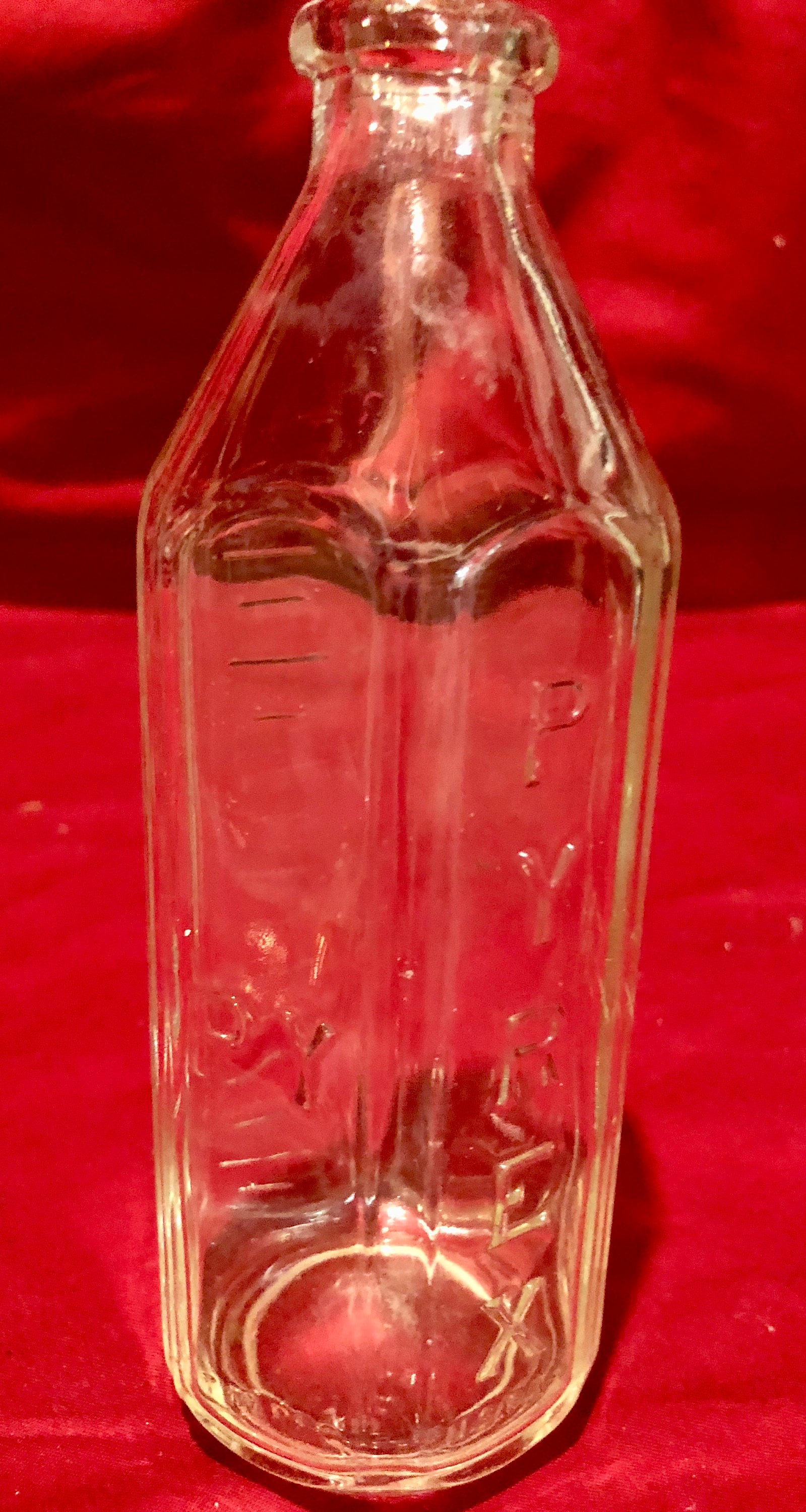 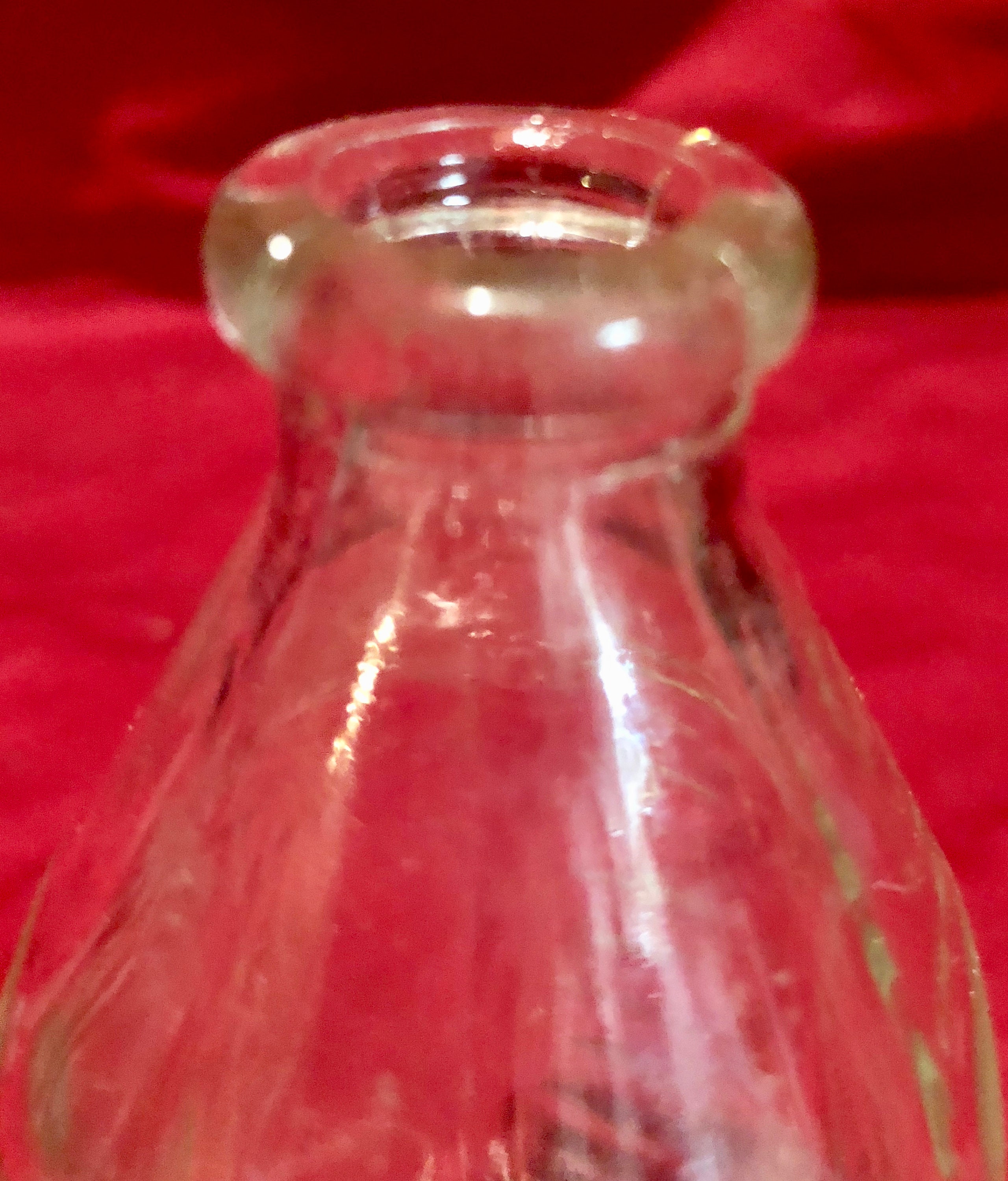 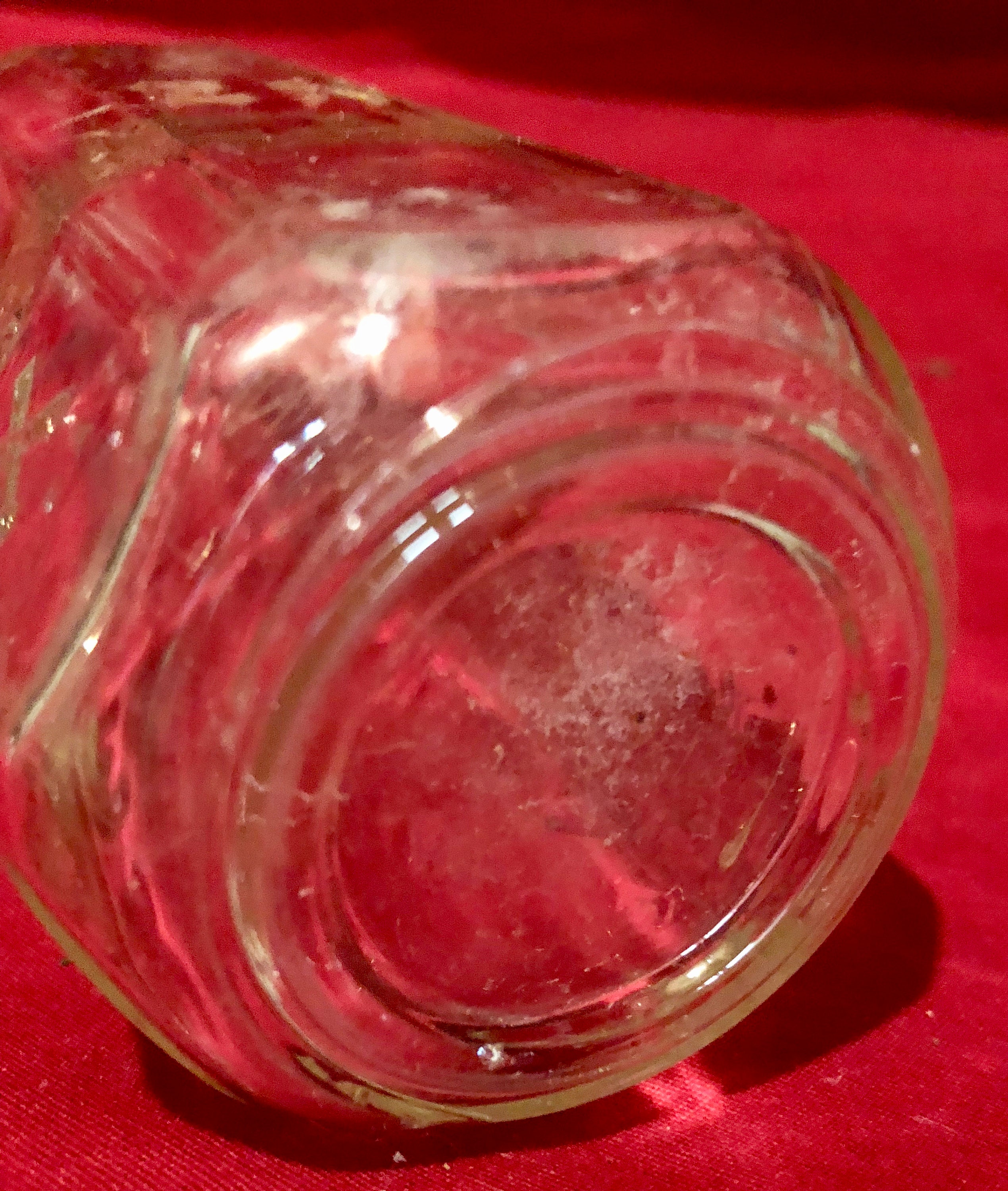 This is a vintage Pyrex Glass narrow neck clear glass 8 oz baby bottle that was made in USA
It is cylindrical in shape and is embossed:

In 1908, Corning Glass Works started making Nonex, a thermally resistant "non-expansion glass," for railroad signal lanterns and other industrial applications.
This clear glass moved into the kitchen through the efforts of Corning employee Jesse Littleton.
As the origin story goes, he brought a sawed-off battery jar home to his wife Bessie, and she used the shallow mold to bake a cake.
Capitalizing on the fact that the domestic sphere could benefit from the glass's durability as much as the industrial world, Corning had a hit on its hands.
By 1915, it was selling Pyrex pie plates, casserole dishes, and bakeware to the housewives of America. And despite the fact that many people hang onto their Pyrex pieces for a lifetime, it's still selling and making its way into homes
The unique properties of the glass made it unlike anything else on the market — it was able to withstand temperature changes, didn't discolor, didn't react with ingredients to change the taste of food (like cast iron), didn't retain food smells after washing (like ceramics and earthenware), and because the original Pyrex pieces were see-through, bakers could watch the sides of their cakes, pies, and casseroles turn golden-brown as they cooked.
In 1936, Corning bought a glass factory in Charleroi, PA, just outside of Pittsburgh, which had the capability to produce colorful opal glass — a tempered opaque glass with the same heat-resistant properties as the clear glass coming out of Upstate New York. Again, although this opalware was originally used on an industrial scale (to outfit military mess halls during World War II), the technology trickled into the home kitchen with the release of the iconic primary-colored Pyrex nesting bowls in 1945