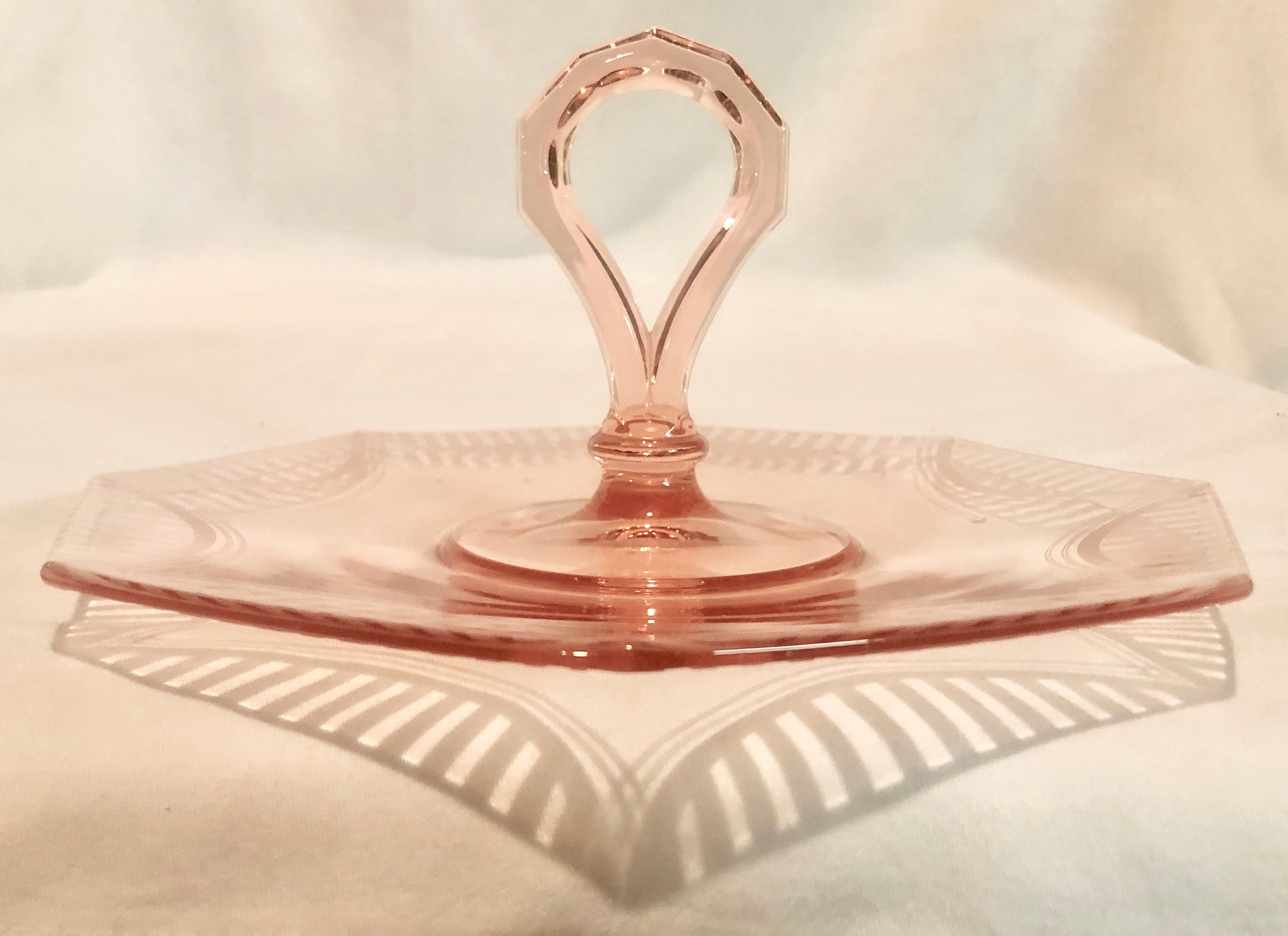 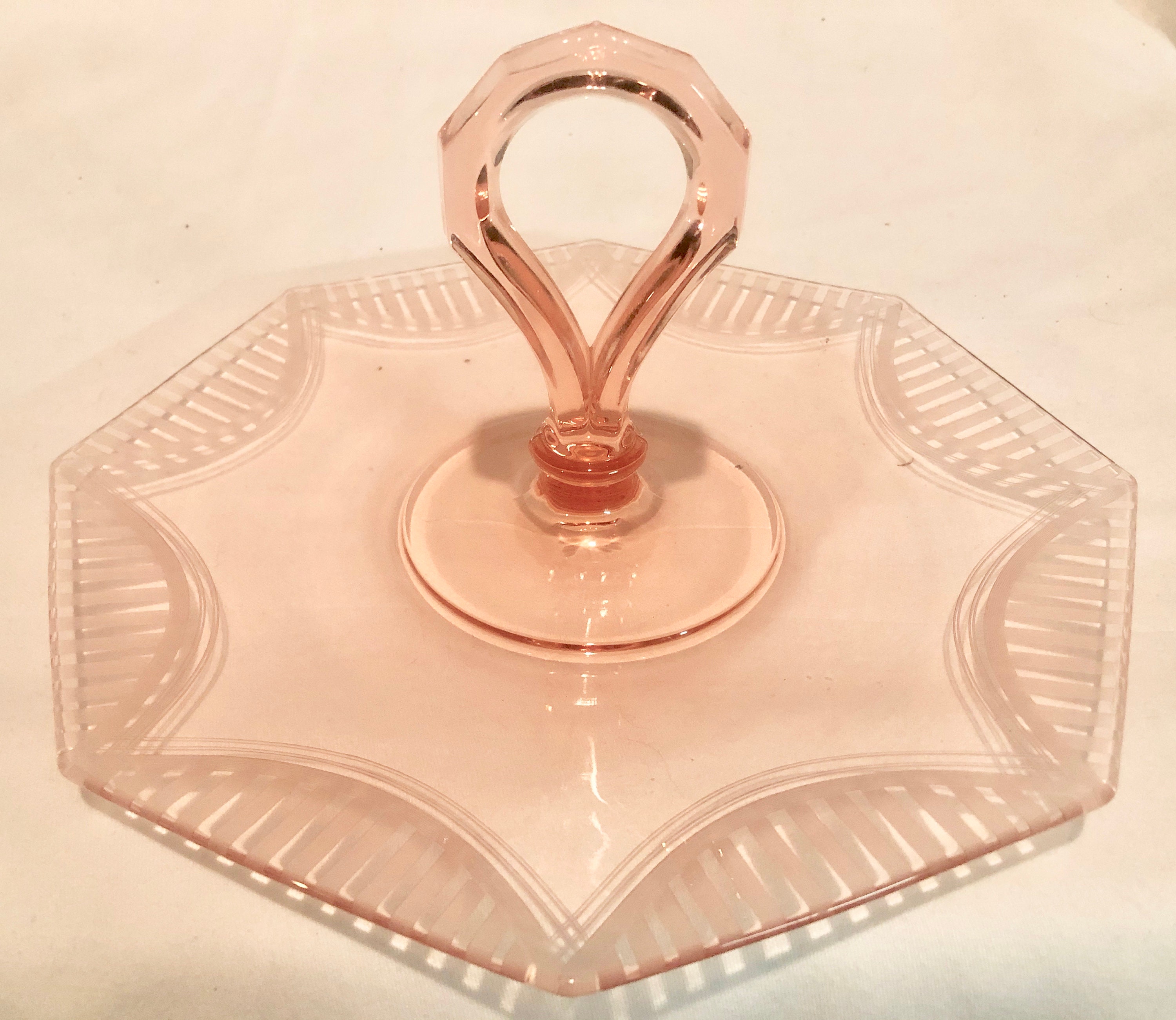 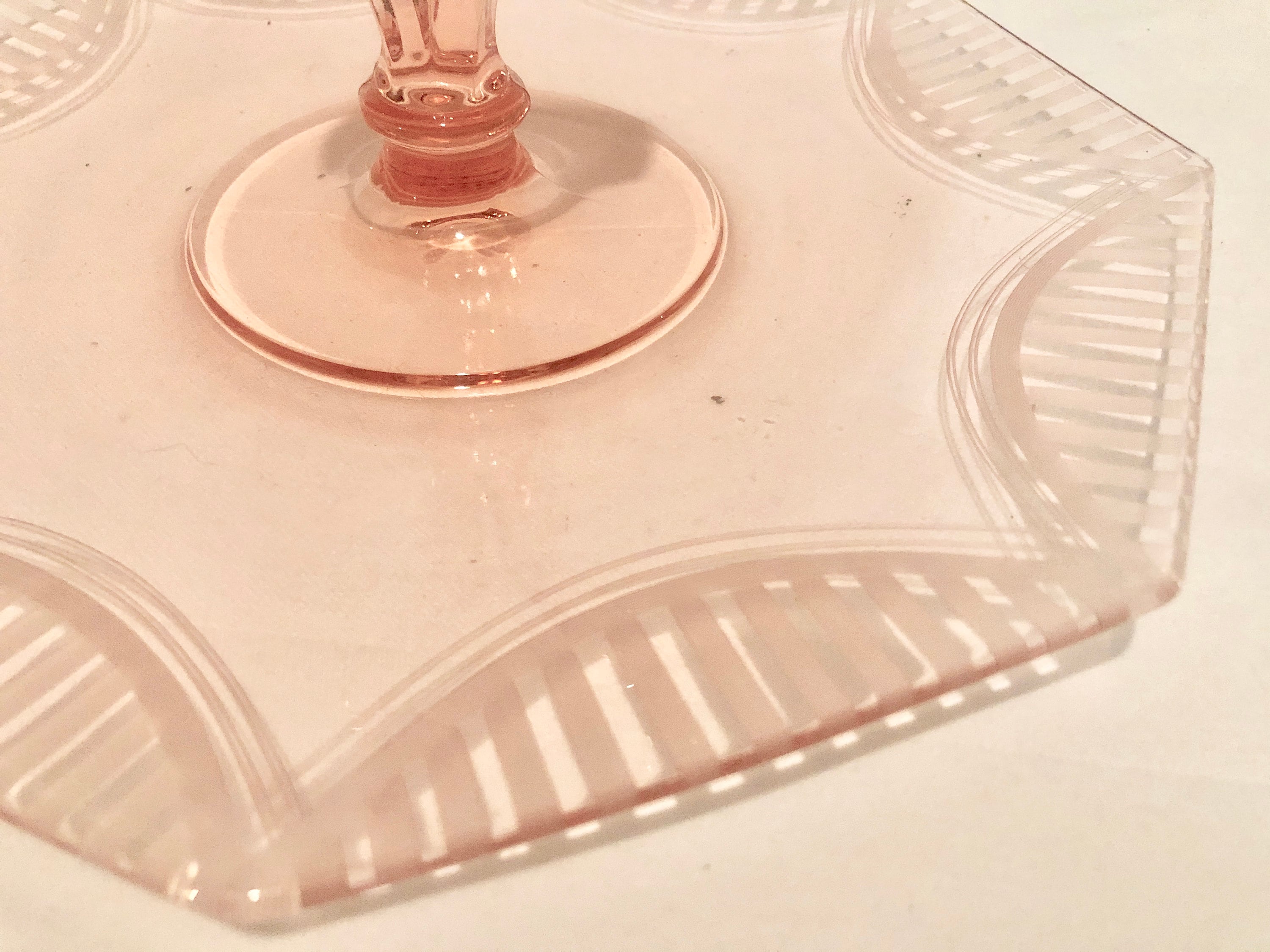 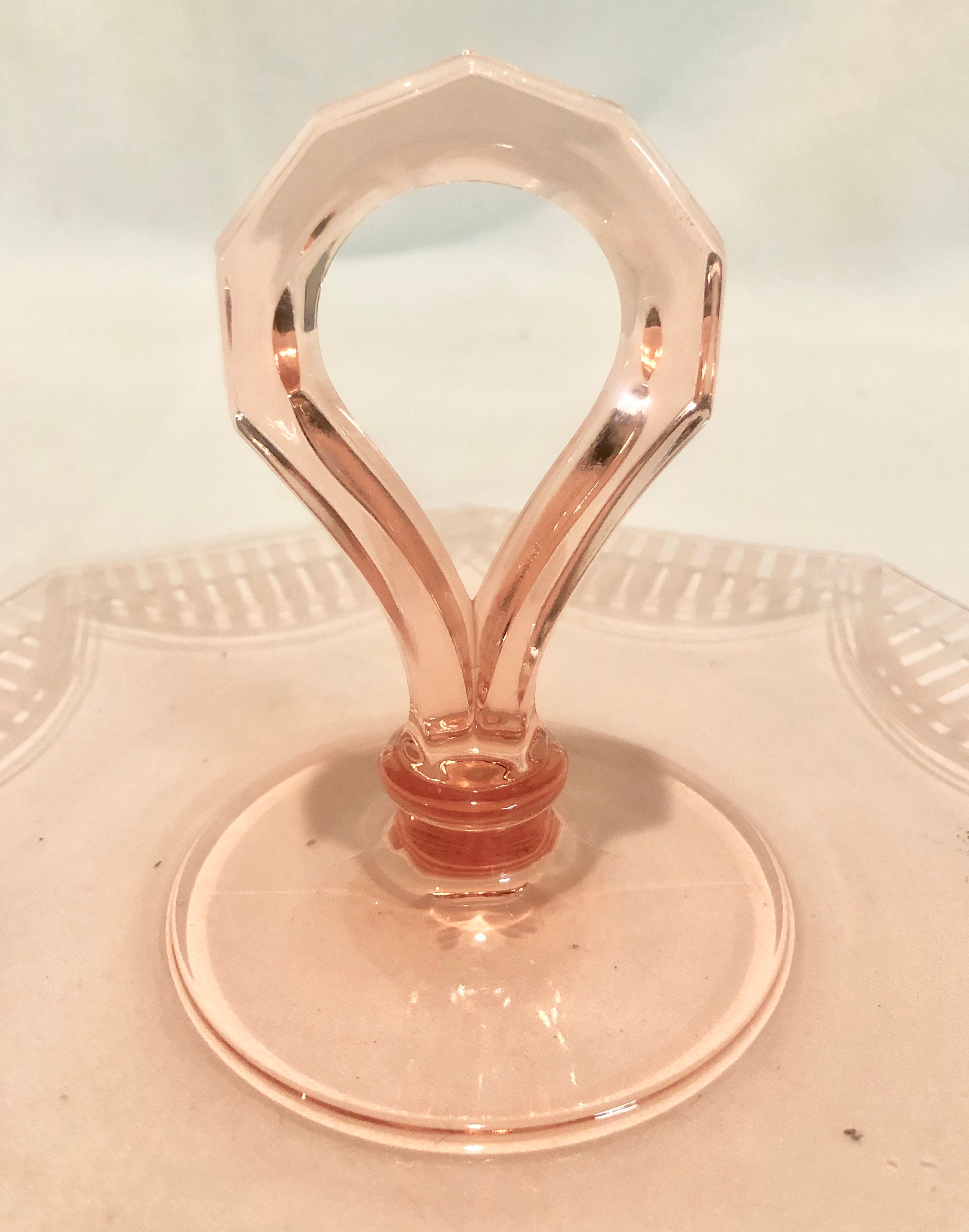 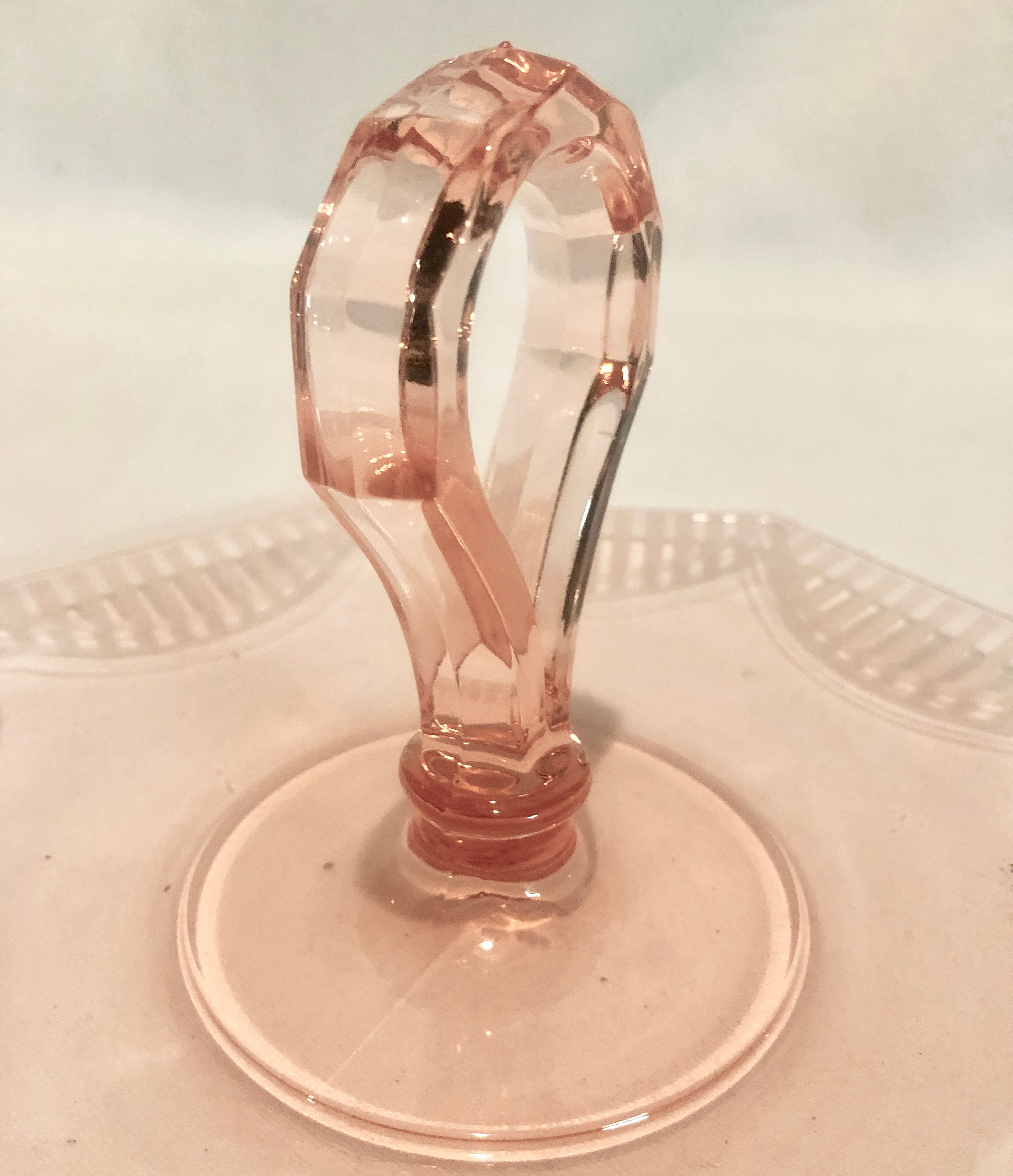 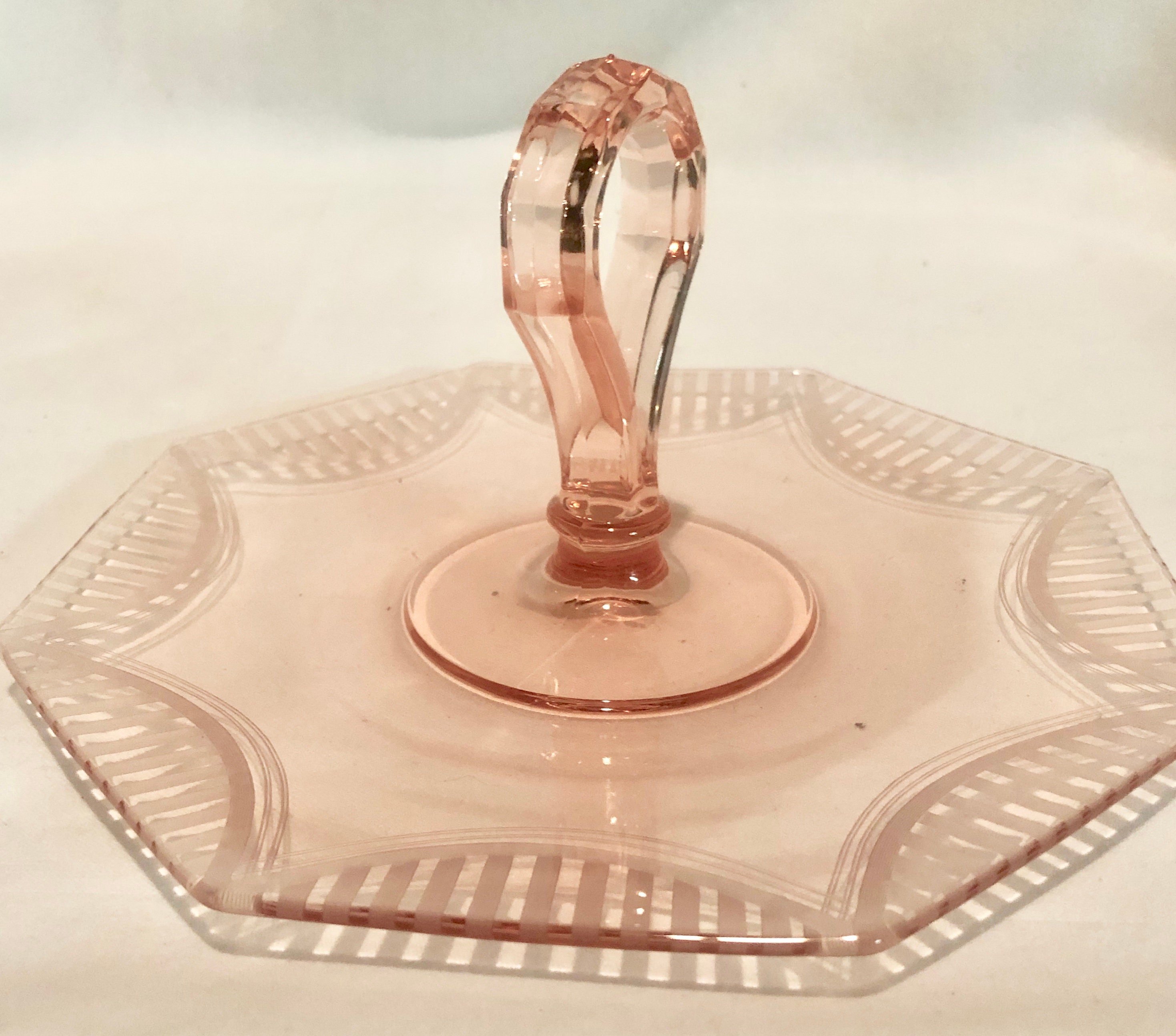 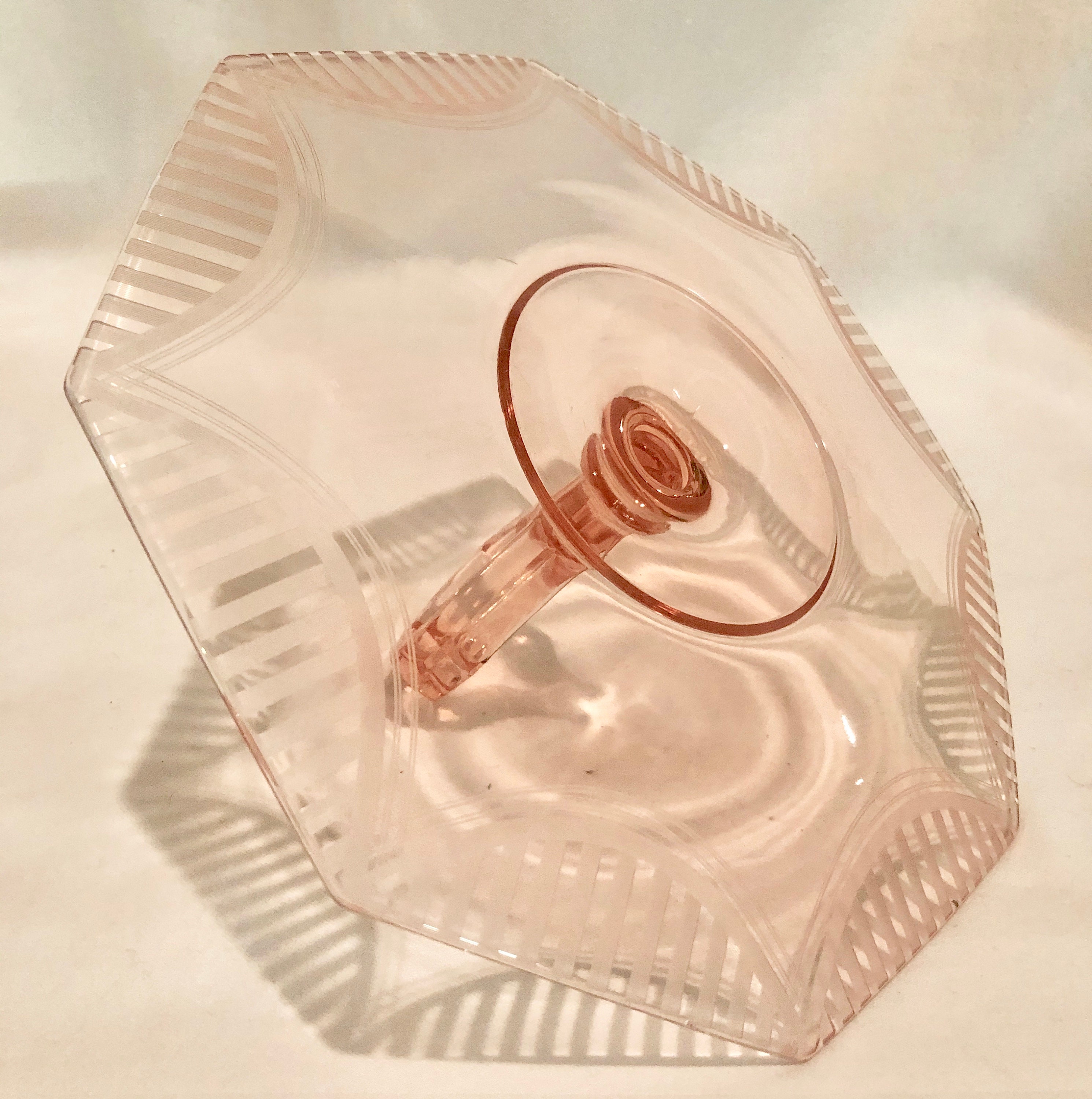 This vintage blush pink depression glass serving plate has a soft and beautiful octagonal shape.
Each of the eight sides is decorated in a frosted striped pattern that is highlighted in an etched double arch- lovely!!
The center handle is strong, sturdy and decorative with a comfortable grip.