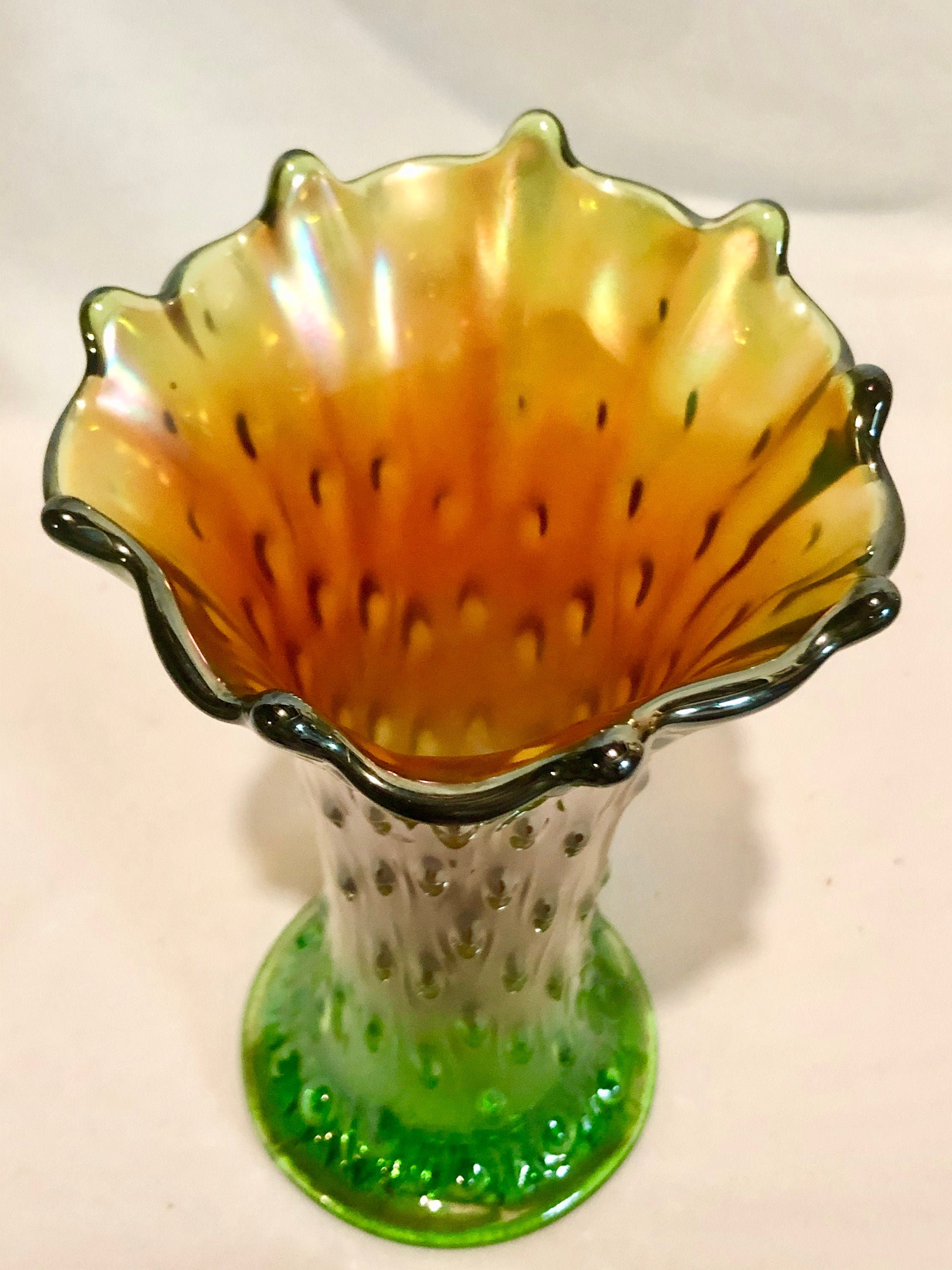 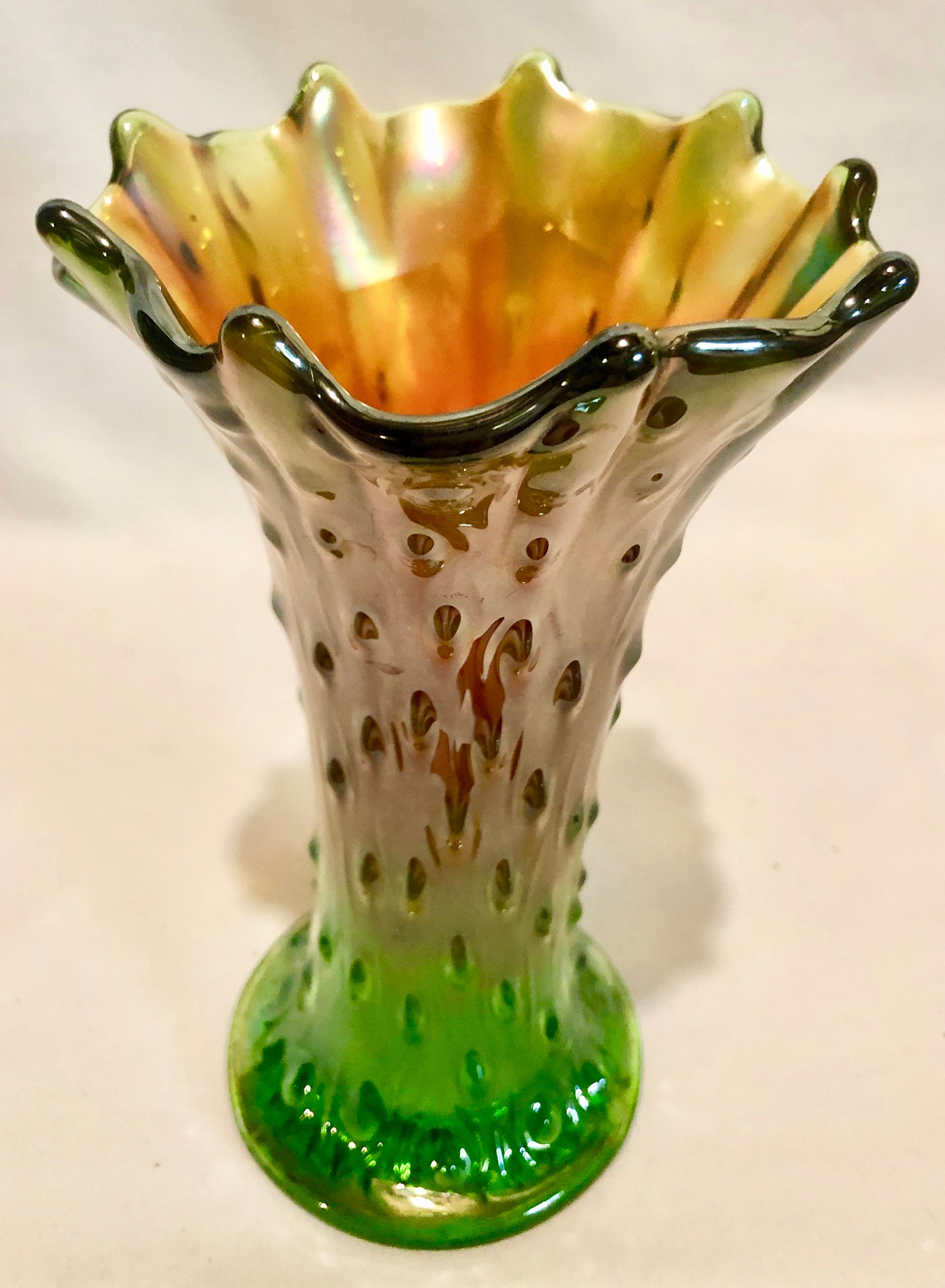 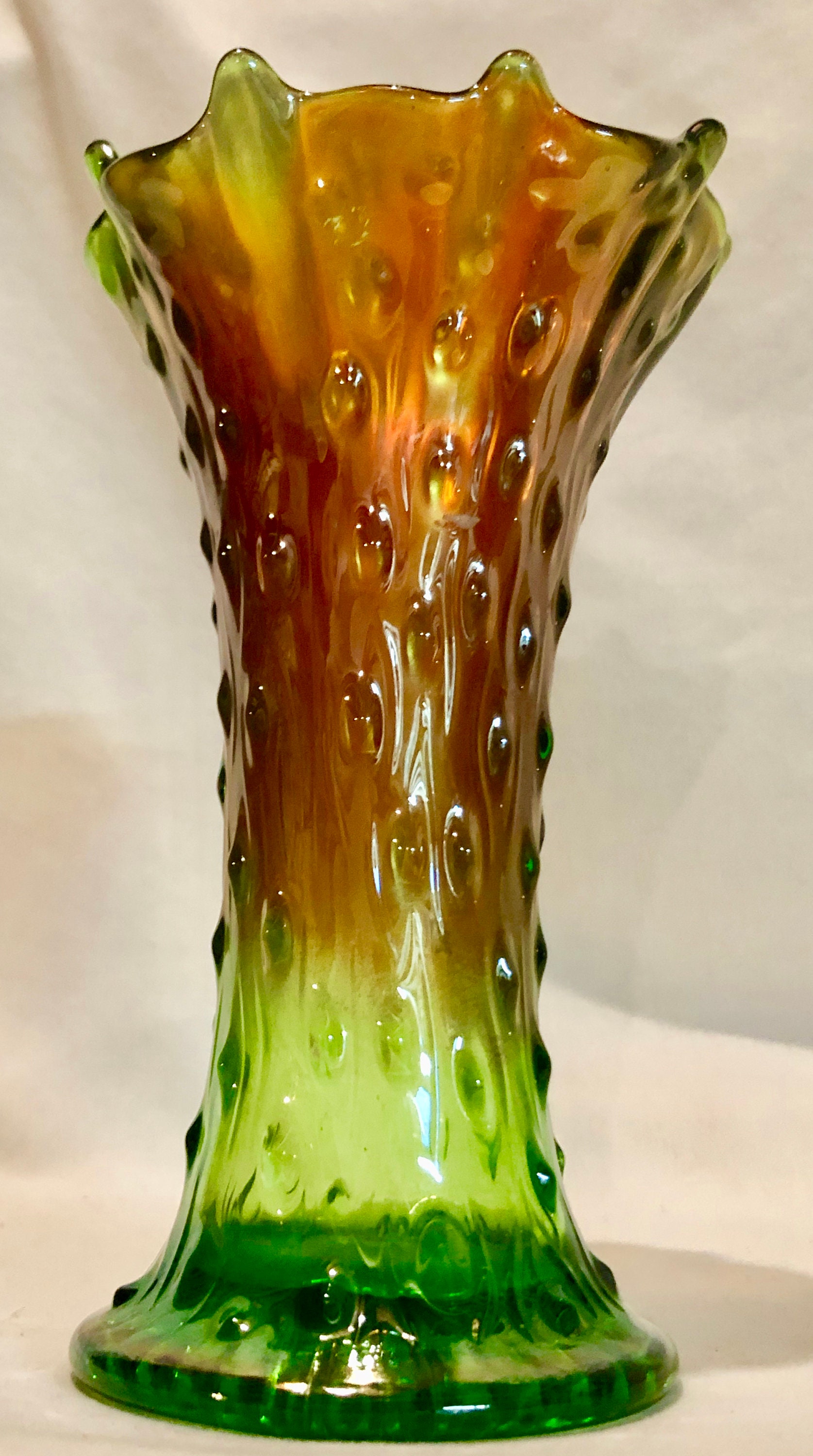 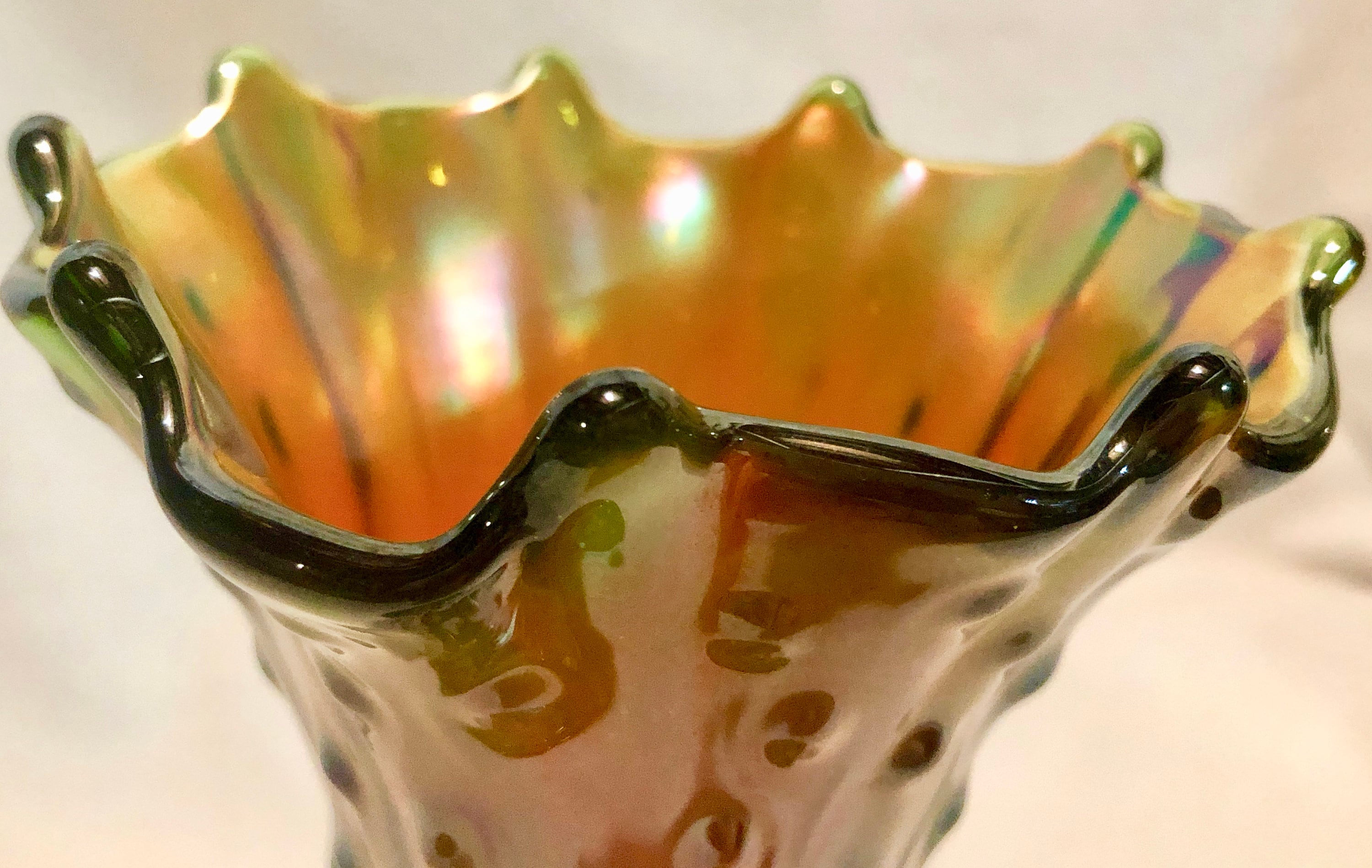 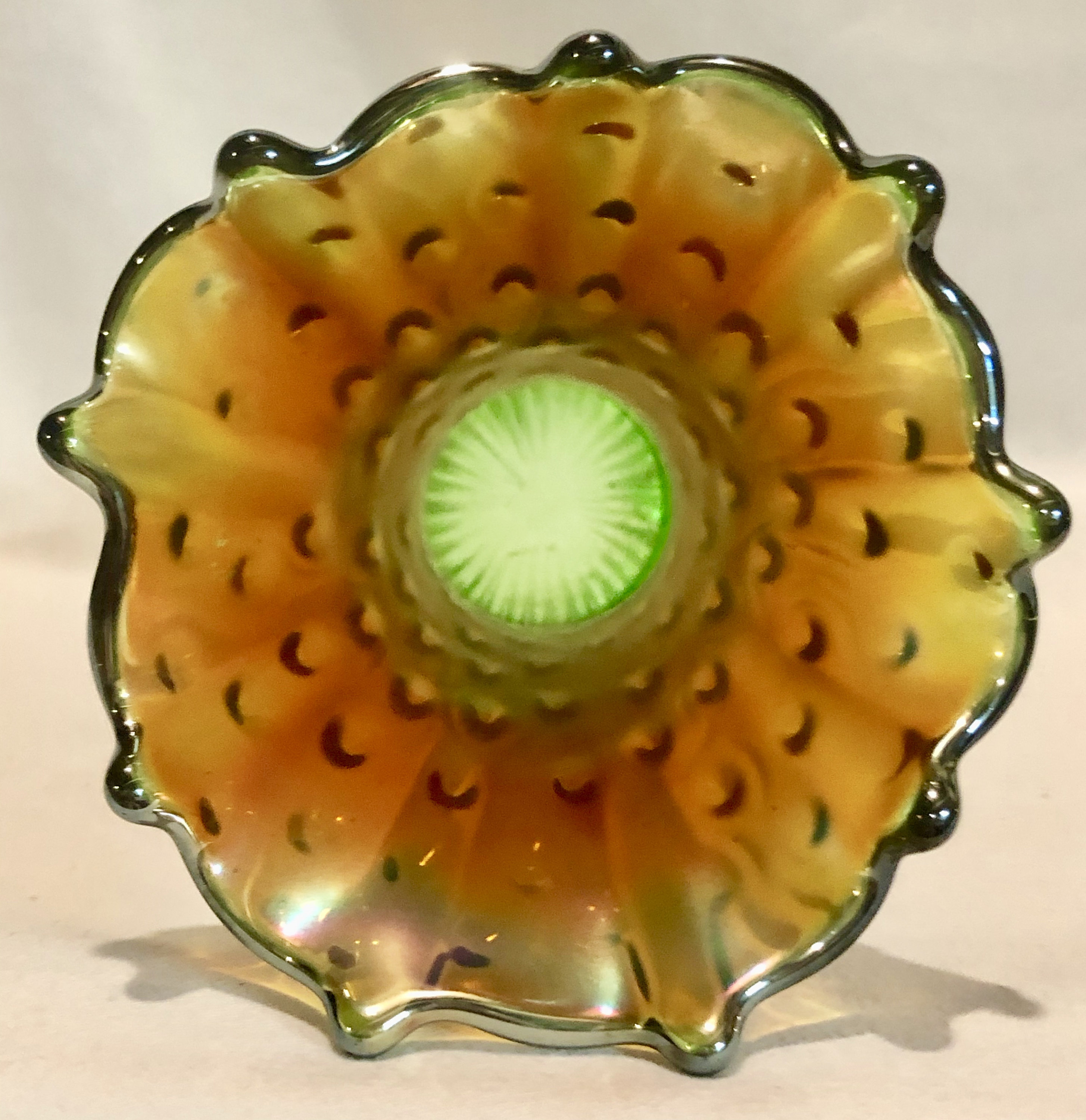 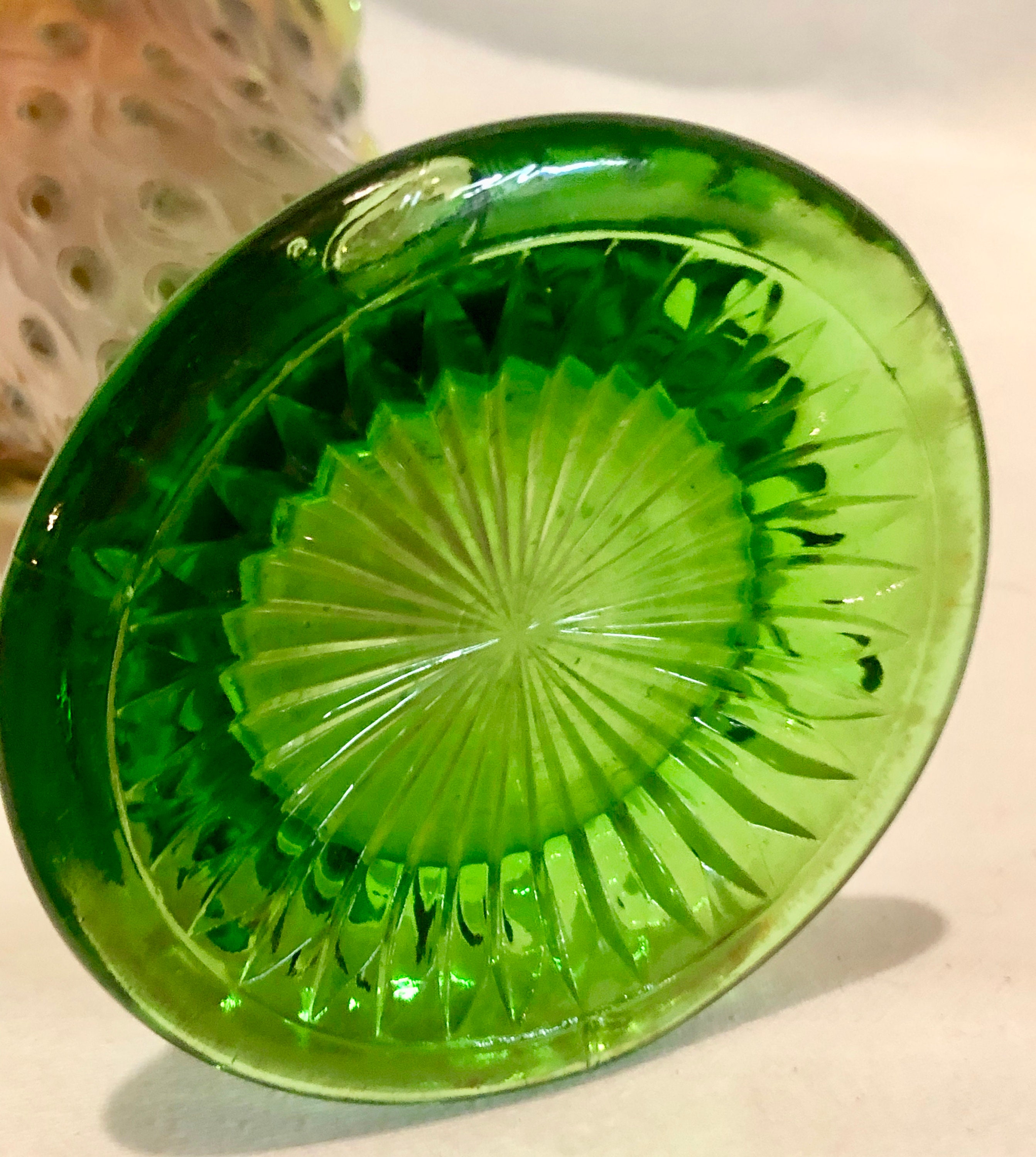 This antique Northwood iridescent carnival glass vase is beautiful all on it's own....no flowers needed!!
It is decorated in a tree trunk or raindrop pattern and the glass has a umbre design starting with green and blending into a beautiful iridescent amber with ruffled edge.
It is marked with the Northwood emblem which consists of a 'N' in a circle.
There are no chips or cracks - just a beautiful piece