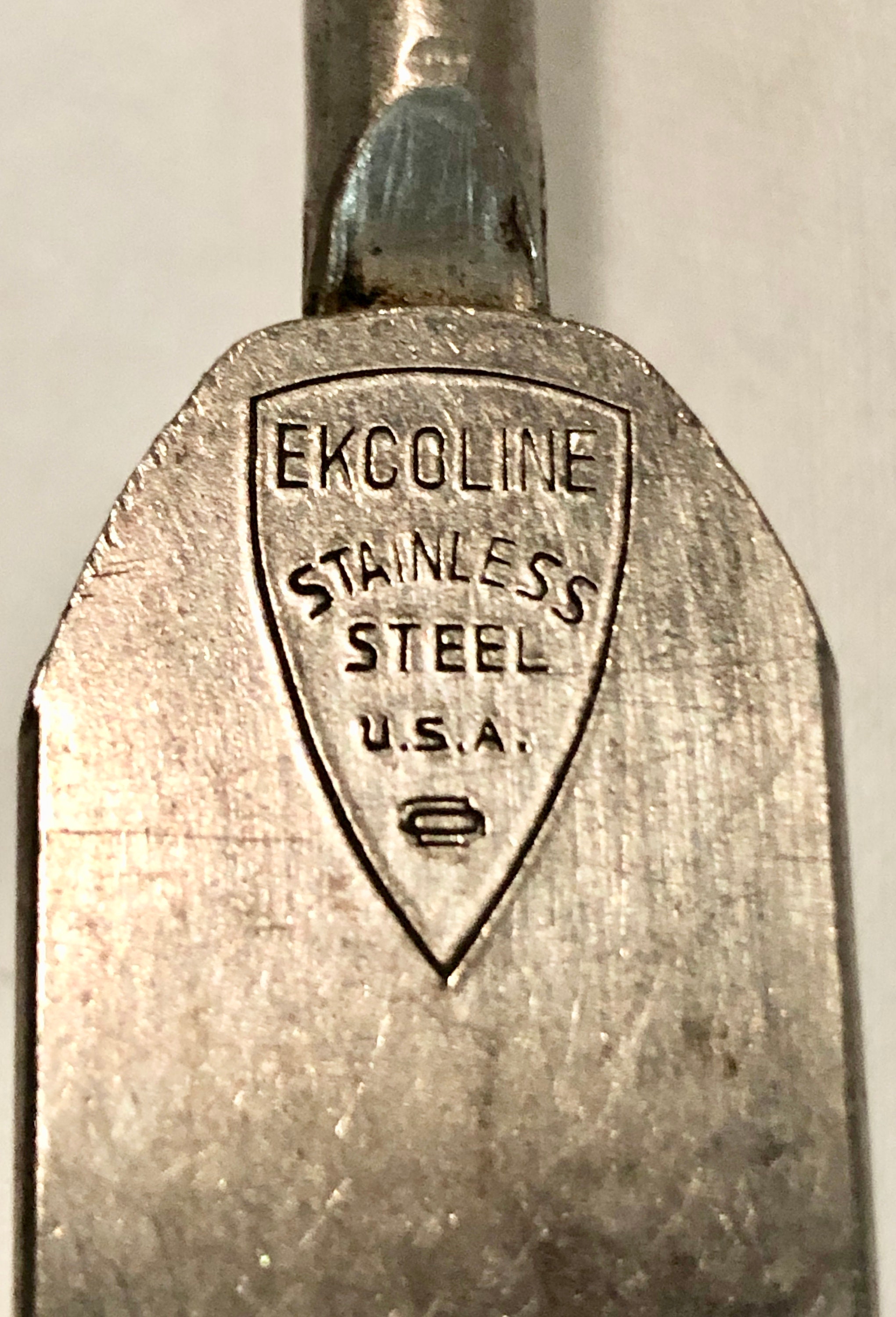 This vintage serving fork is made in the USA by the Ekcoline Co.
It is stamped Ekcoline and stainless steel throughout.
It has a red and white bakelight handle which shows signs of wear.

Ekco was founded by Edward Katzinger, a journeyman tinsmith who emigrated from Austria to New York City in 1881 at the age of 18. He left his secure $25-a-week job as a master mechanic in a New York tinsmith shop to open a business in Chicago in 1888. Named the Edward Katzinger Co., this concern manufactured tin pans for commercial bakeries. By 1899 the company, which was always profitable, had a product line that included equipment for confectioners and ice cream manufacturers as well as bakeries. A five-story factory went up in 1906 and a seven-story addition in 1913.
In 1923 the Katzingers built a new, up-to-date two-story factory on Chicago's Northwest Side. The first of 35 acquisitions in the next 35 years--that would make Ekco the world's largest manufacturer of nonelectric housewares—øok place in 1927, when the Katzingers purchased the August Maag Co., a small Baltimore bakeware manufacturing firm. Two years later the company entered the kitchenware business when it purchased the A & J Manufacturing Co. of Binghamton, New York, the largest producer of kitchen tools.
By the late 1950s it was said that Ekco produced some 65 percent of all kitchen tools and 40 percent of all kitchen and table cutlery