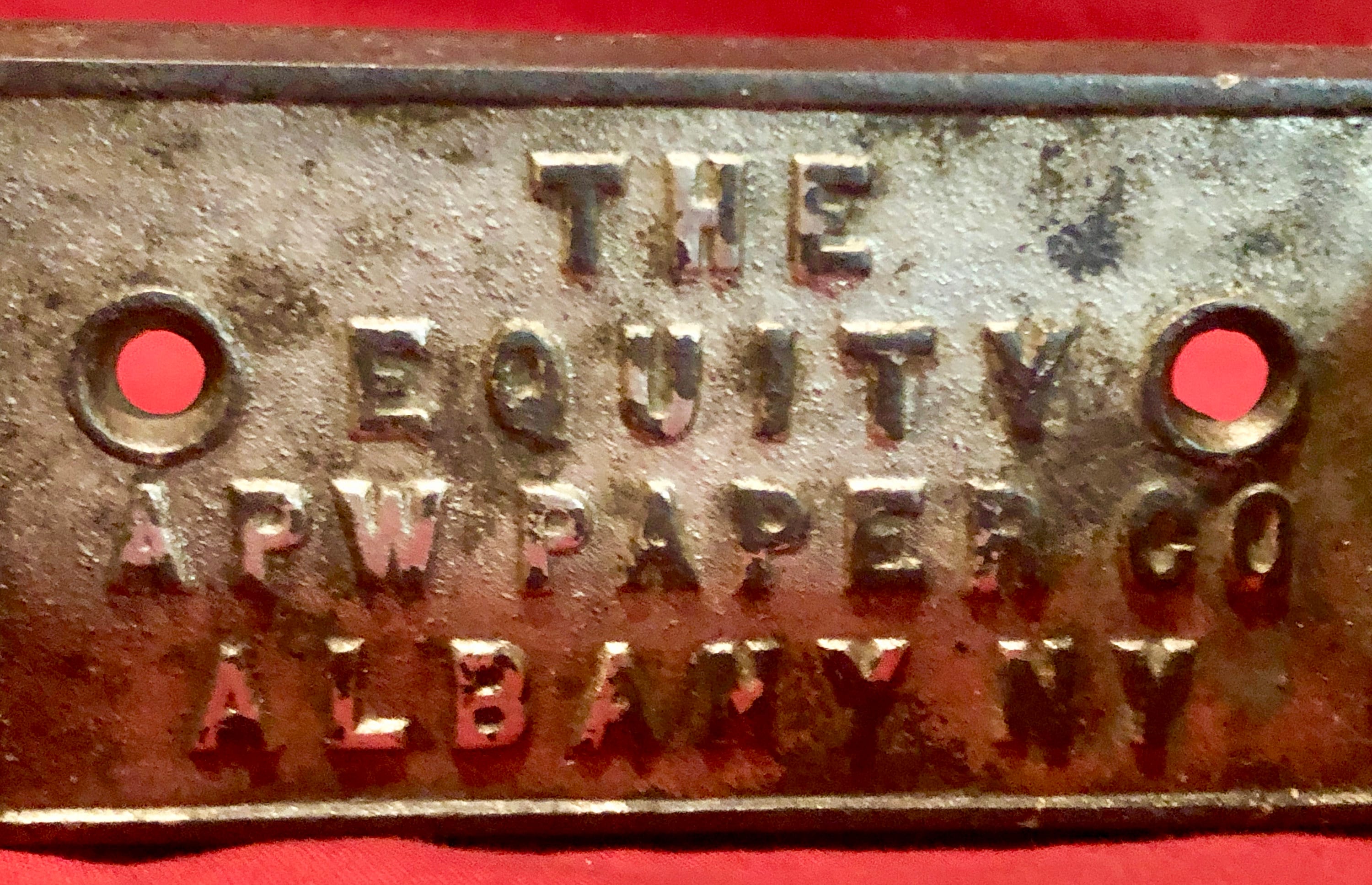 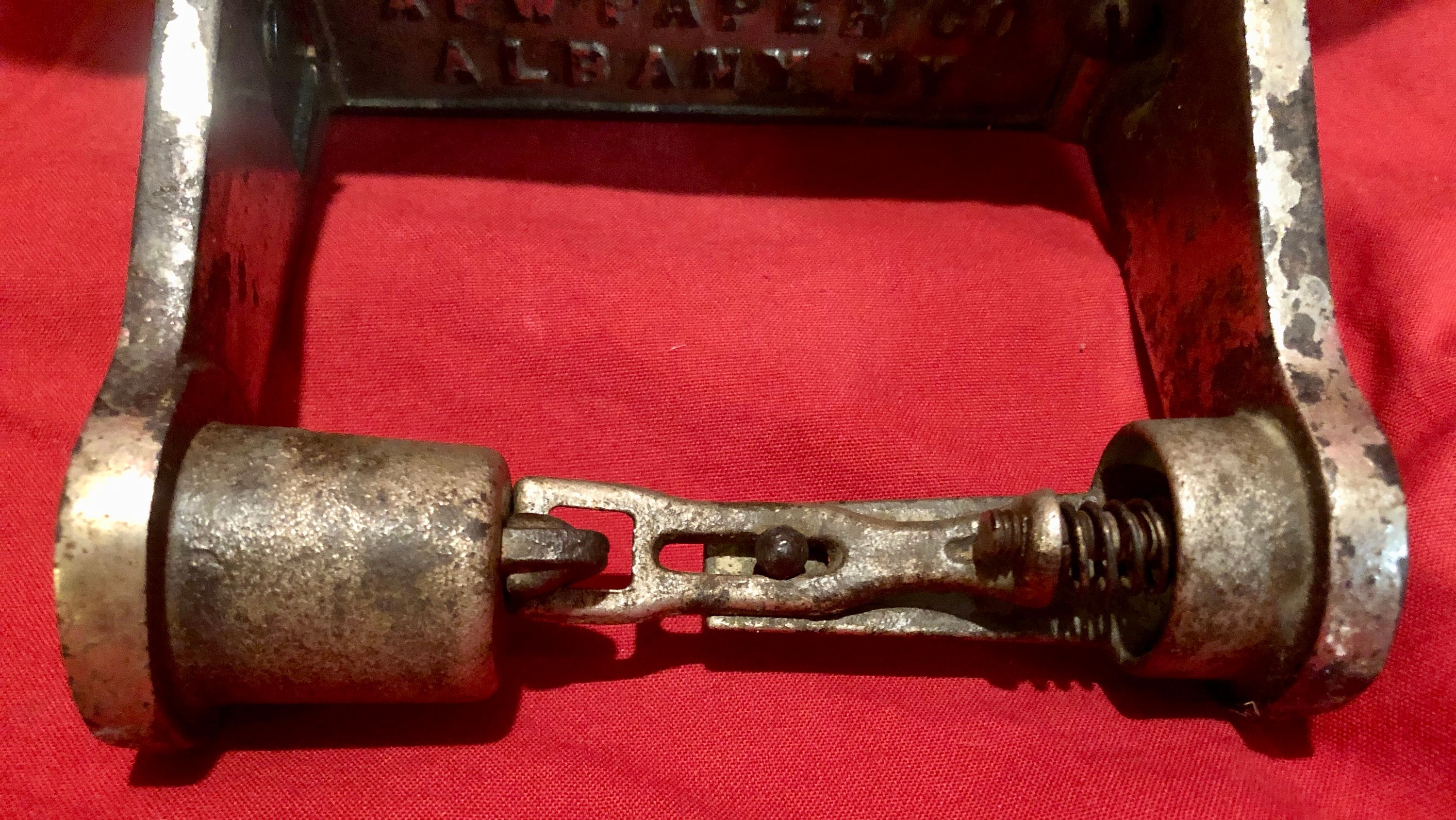 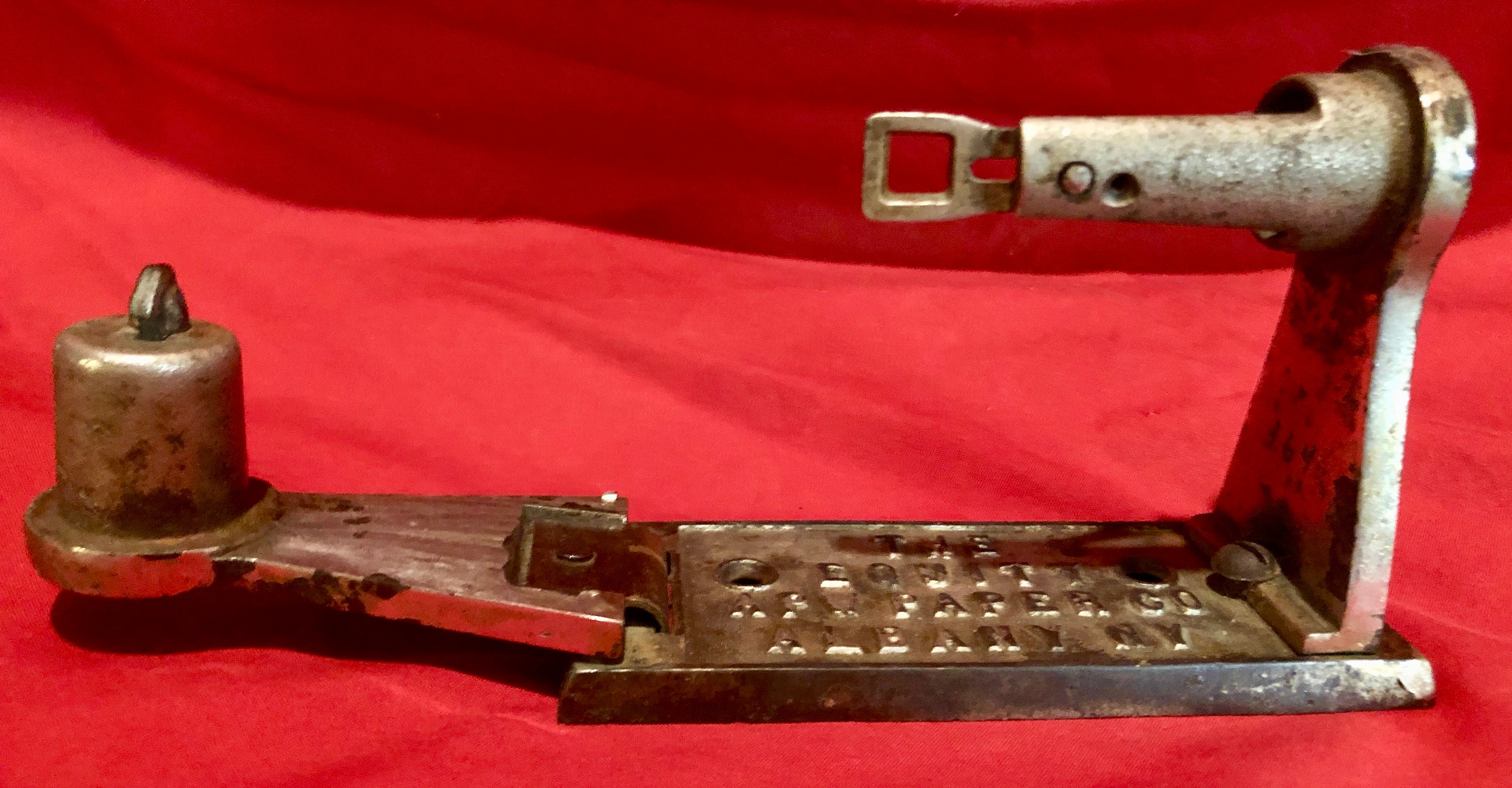 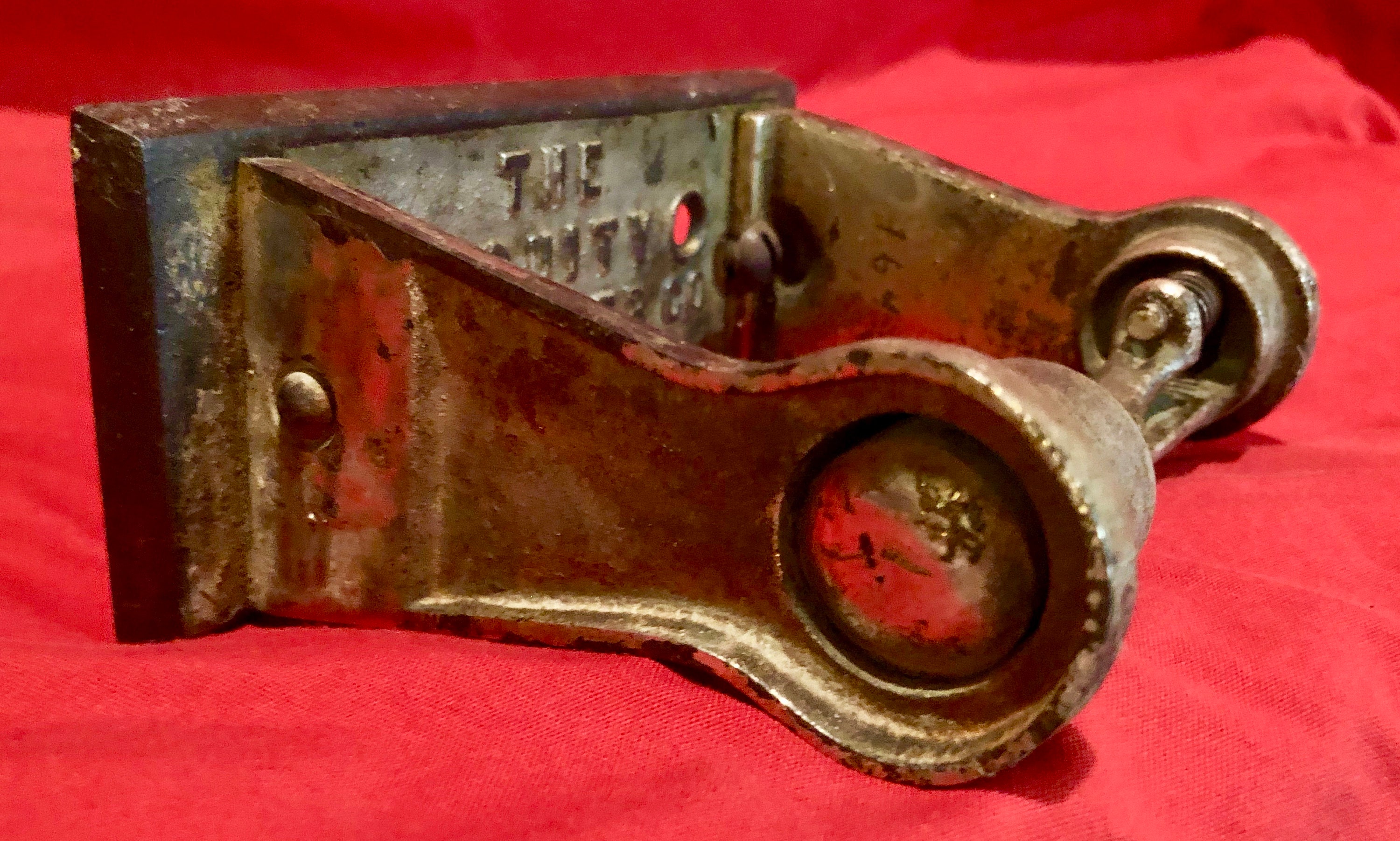 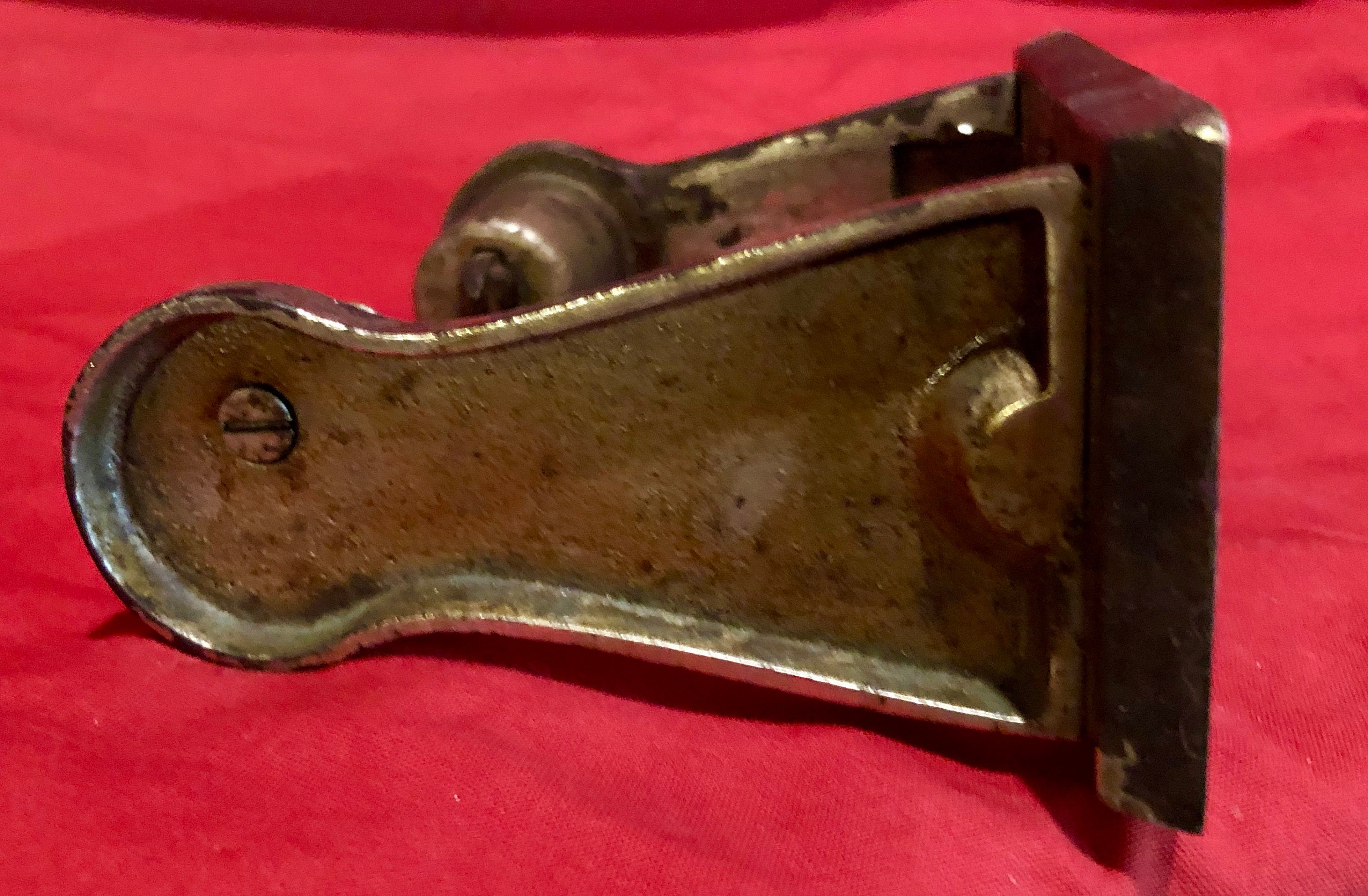 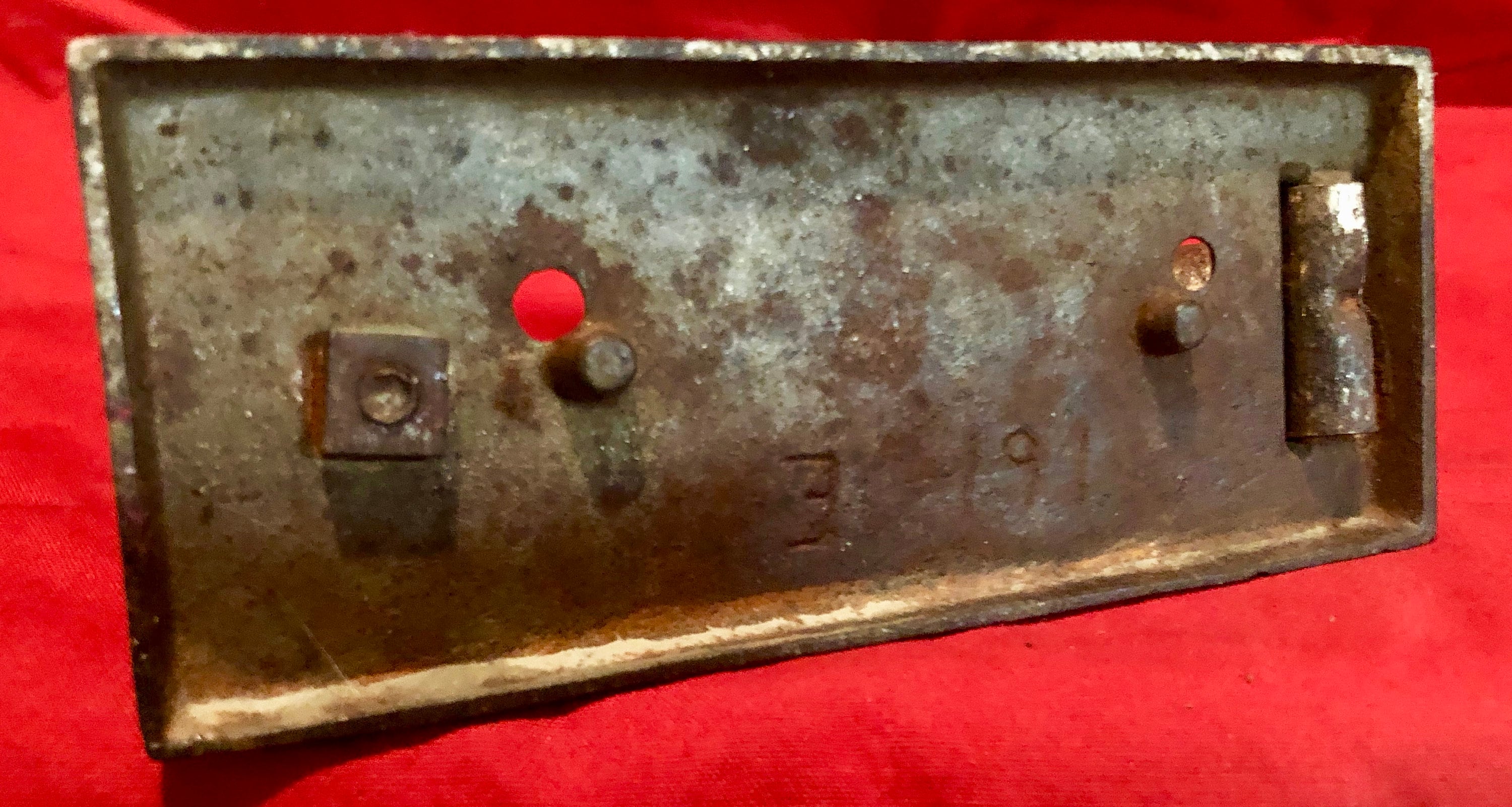 This is a very cool antique cast iron toilet paper holder The Equity made by the APW (Albany Perforated Wrapping Co) Albany New York.
Originally patented in the 1800's it has a spring loaded bar that is released by a side button
It is marked on the back 161 E - possibly makers number.

Albany is the reputed birthplace of TP as we know it today.
Reputed, because there is, of course, some dispute. Before Seth Wheeler of Albany patented his posterior product in 1871, there was already toilet paper in some form or another. But it was usually just individual squares -- often medicated -- and not a roll like we use now.
According to the US patent office, Wheeler patented what was then called perforated wrapping paper ("toilet" was a sensitive word in 1871). He patented the idea to have the product wrapped around a central tube in 1891, and is also often credited with patenting a bracket to hold those tubes.
Some people argue that Scott Paper Company invented the stuff before APW, but for the most part, Wheeler gets first credit. His company, Albany Perforated Wrapping Company, was founded in 1878 in a building on the northwest corner of Montgomery and Colonie Streets in Albany. That building was occupied by Albany Terminal Warehouse after the turn of the century.
APW "boasted that it had originated the idea of selling paper in perforated rolls." that included bathroom tissue.
Oh, and if you weren't aware, there's actually a virtual museum dedicated to the history of TP.
Albany can't lay claim to patents for some of the advancements in technology, like quilted squares or two-ply or angel-soft or those little imprinted designs. But they were there when it counted with regular old TP on a roll.