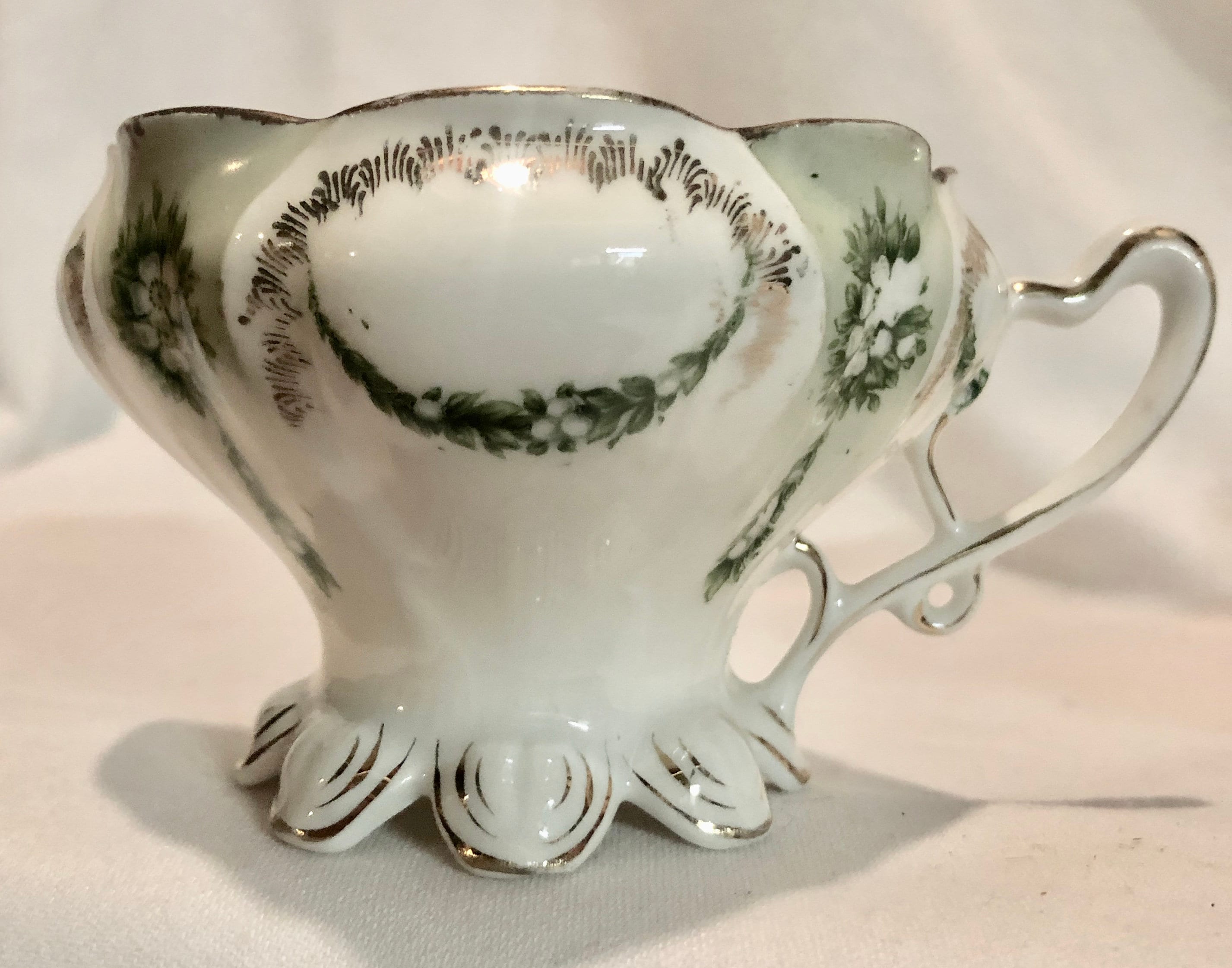 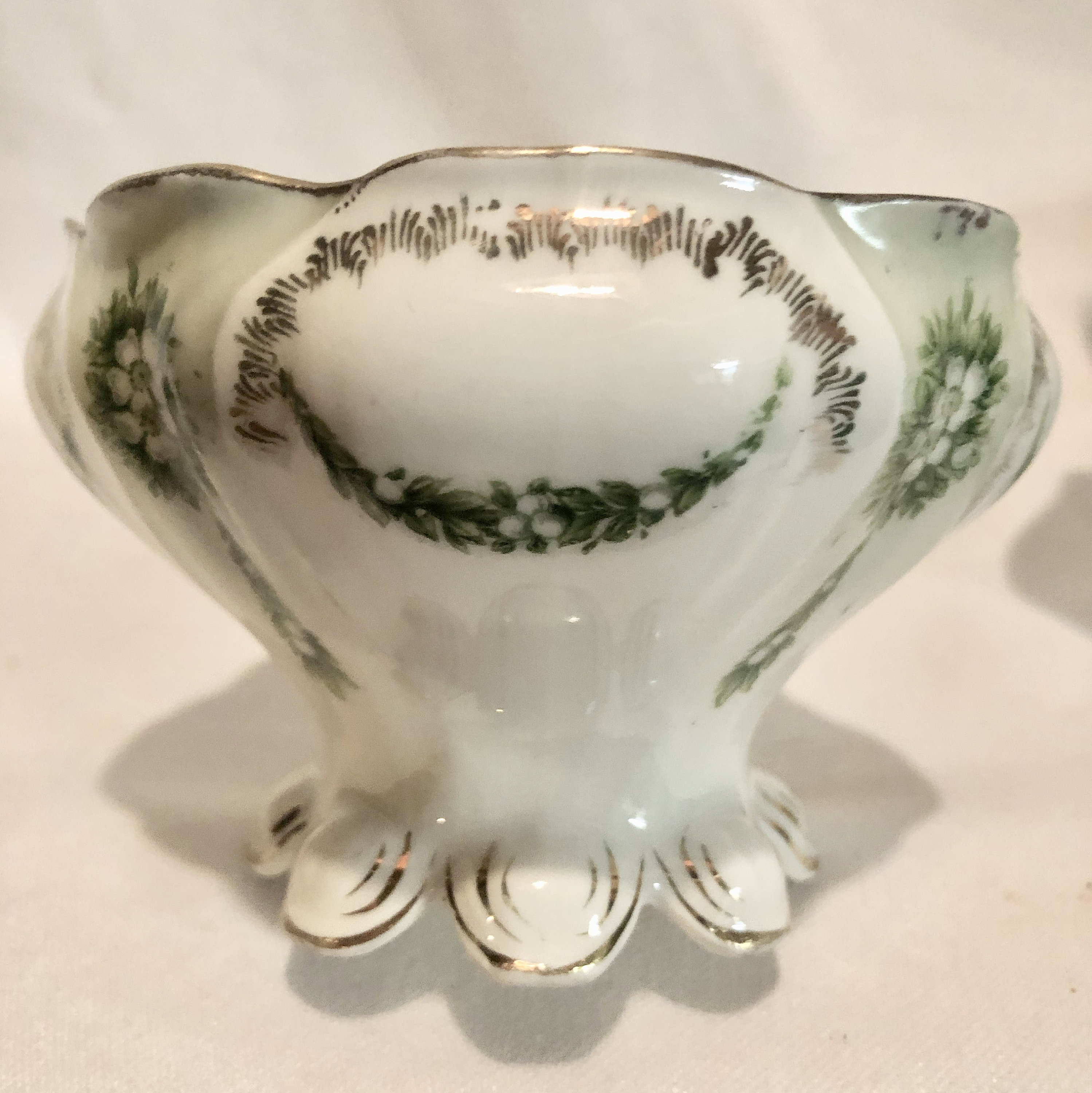 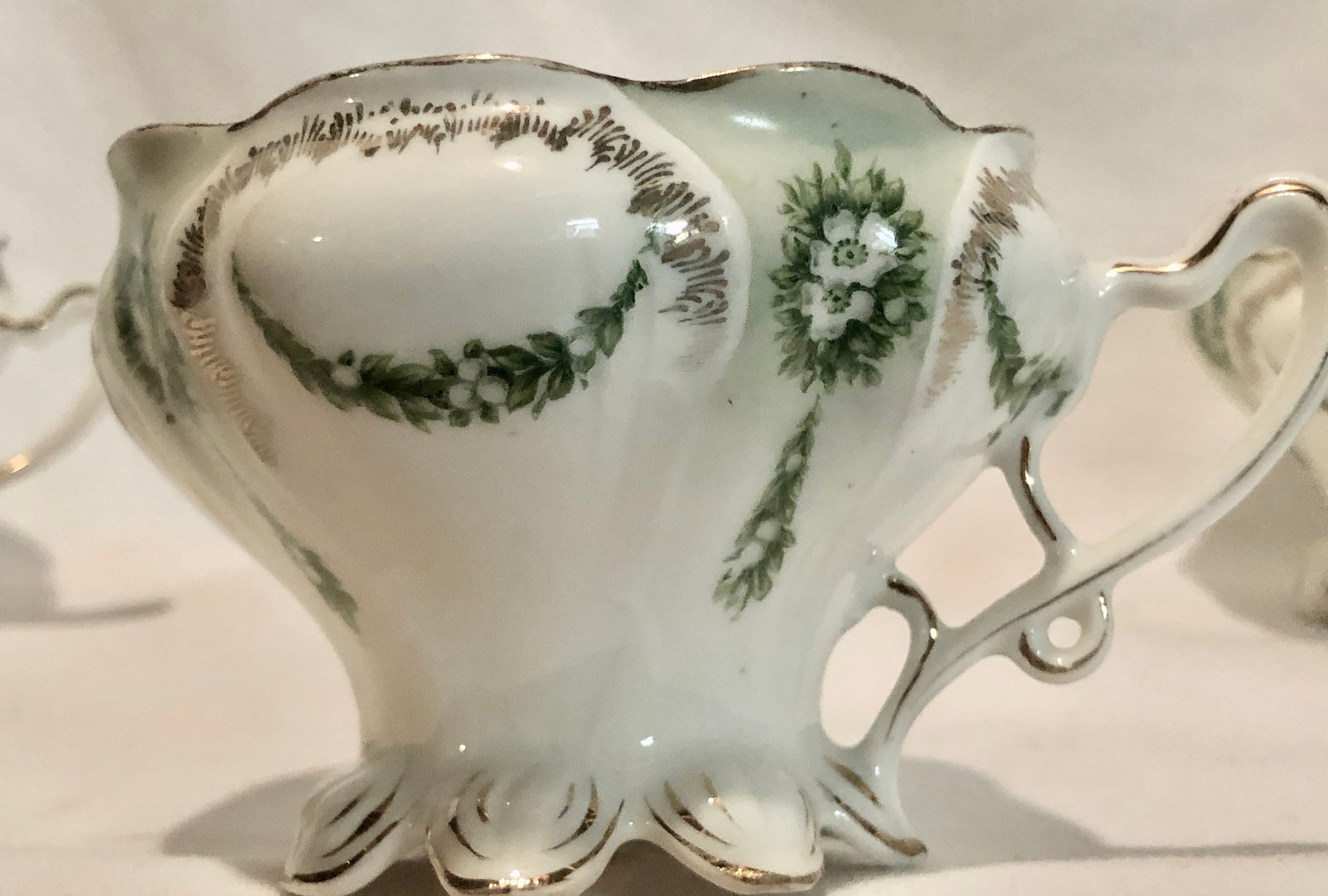 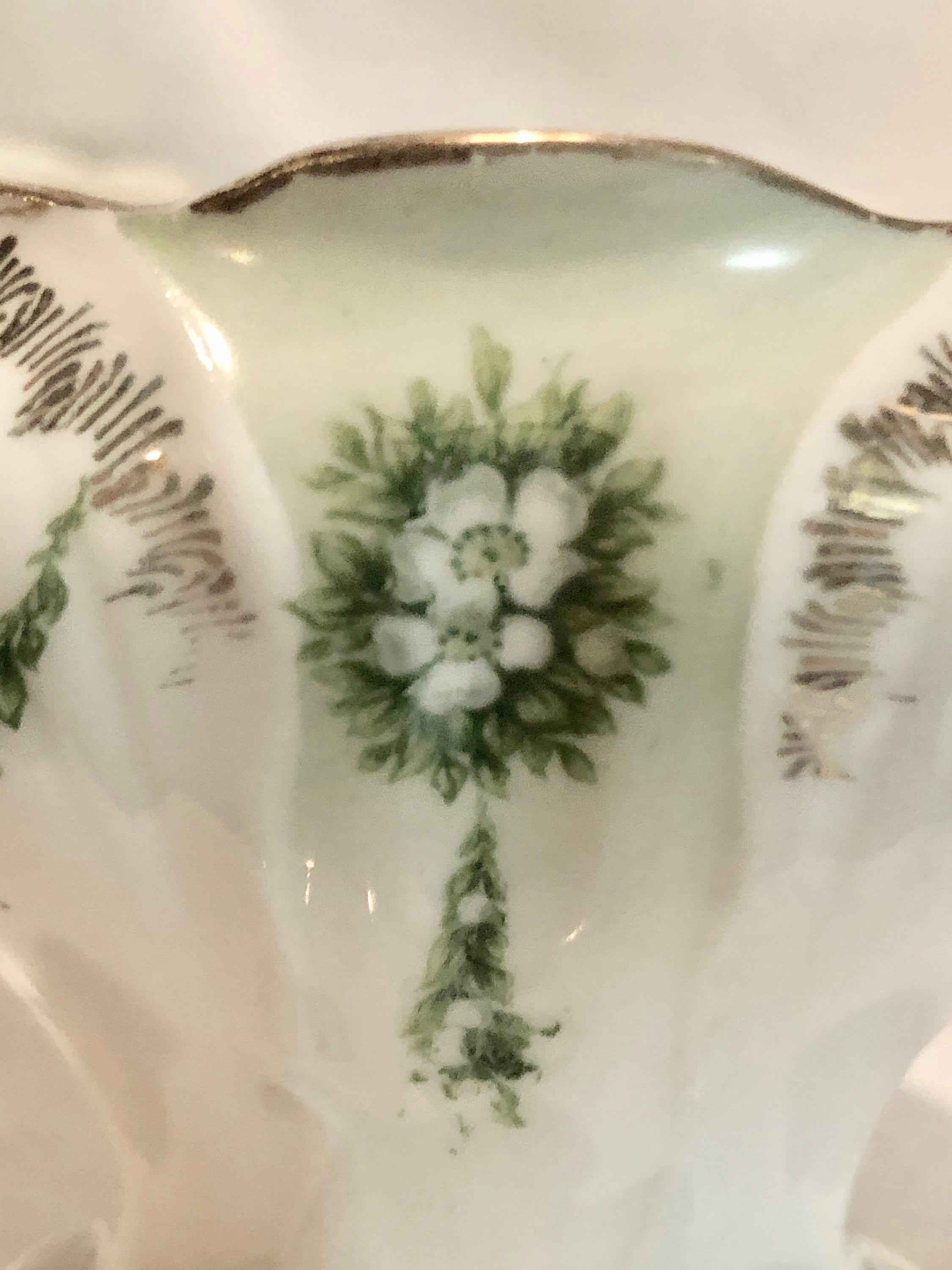 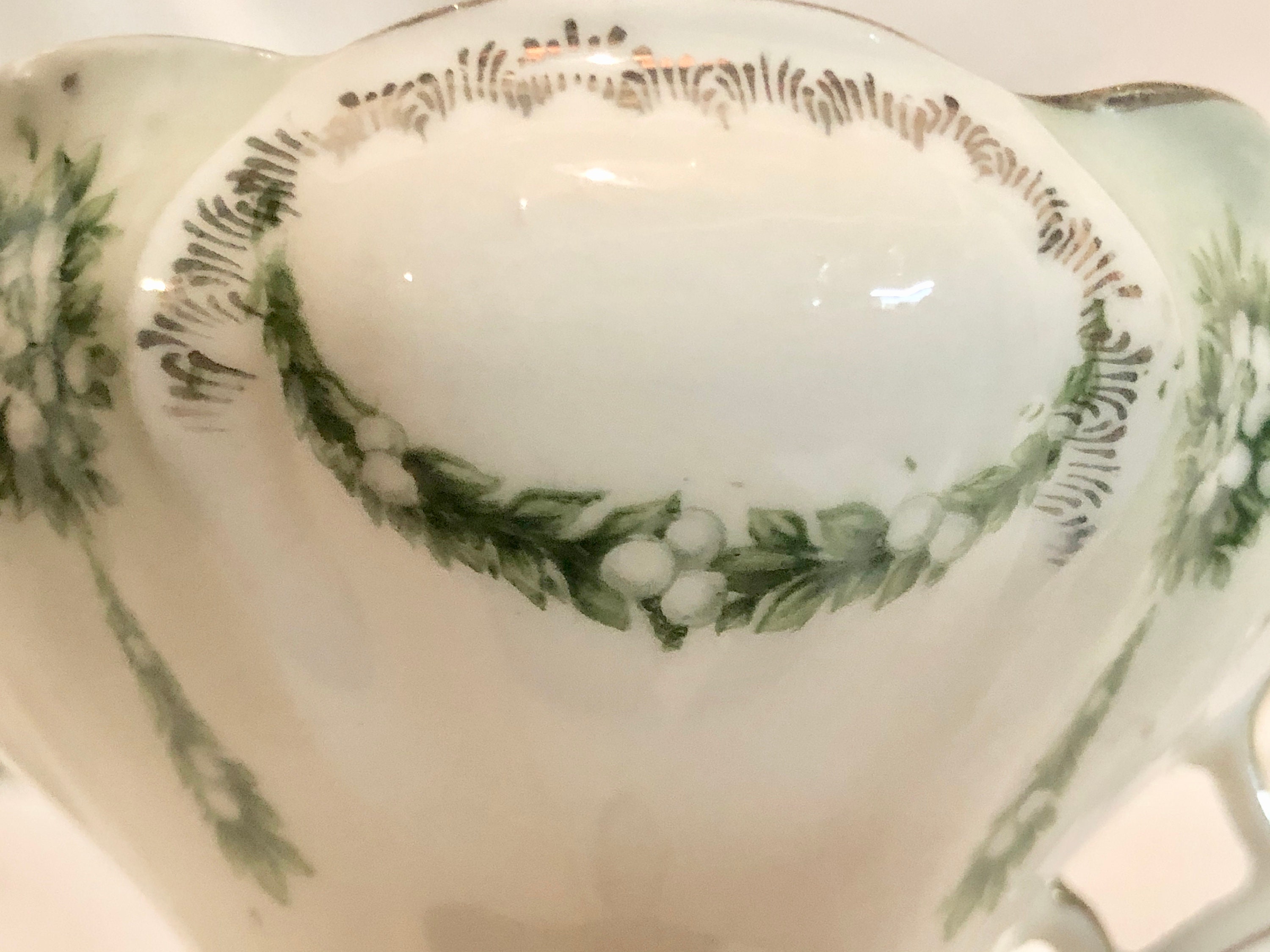 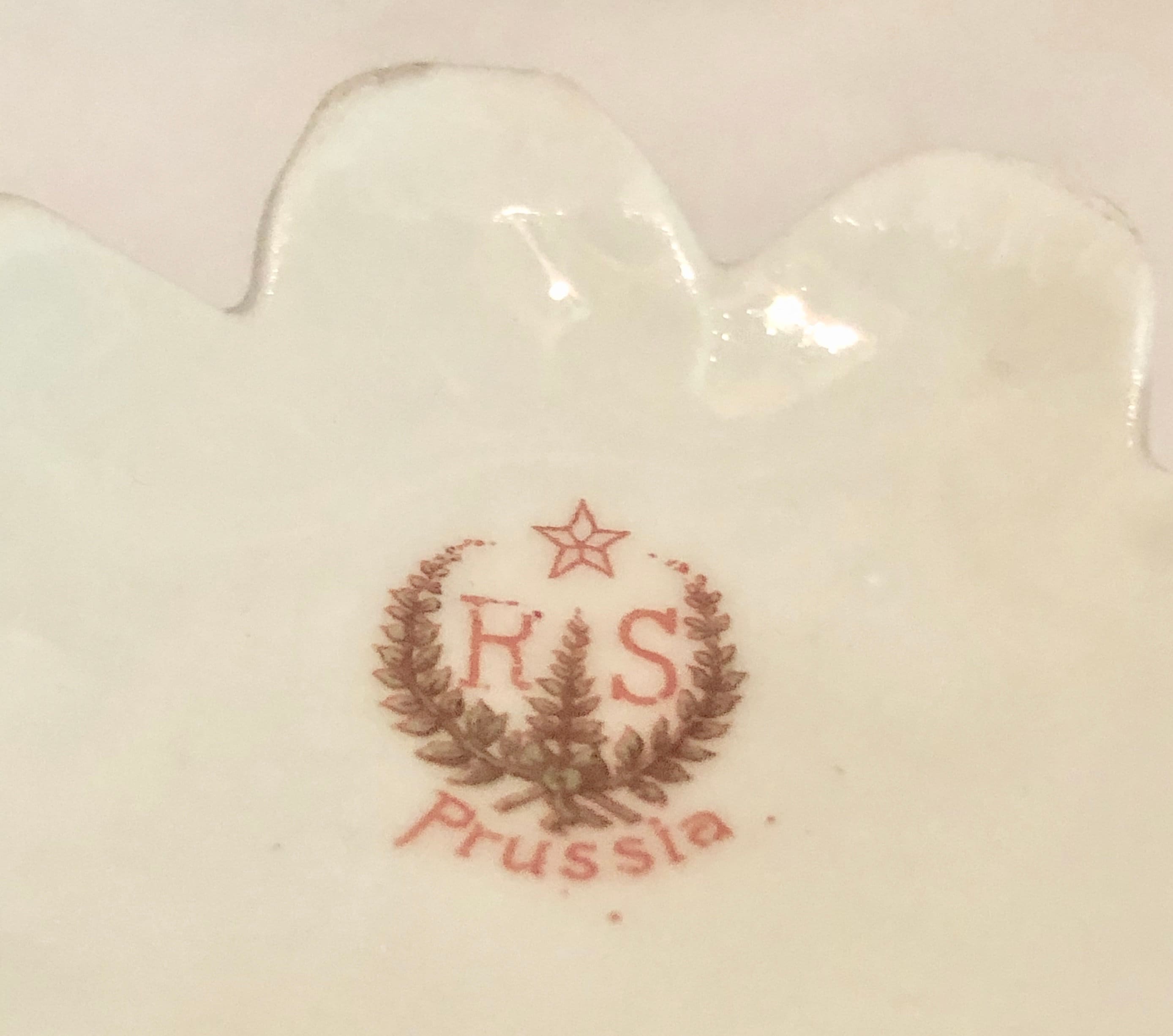 A lovey delicate set of six RS Prussia tea cups.
These are beautifully decorated with white flowers and soft green leaves in a swag like manner and gold edging. No saucers
Each is marked with the RS Prussia red stamp.

Throughout its history, the R.S. Prussia company manufactured a wide range of china pieces and sets, including teapots, cups and saucers, plates, sugar bowls, and even chocolate sets. Most pieces were decorated with imitation opals, gold, or iridescent finishes and features paintings of flowers, portraits, or scenes from nature which were applied through lithographic transfers. Later pitchers and vases pieces, influenced by Art Nouveau, had arms and handles with designs similar to the borders on posters by Alphonse Mucha.
Reinhold Schlegelmilch produced what collectors consider to be R.S. Prussia (RSP for short) in his factory in Suhl, Germany, from the late 1800s through World War I. Following the war, the factory moved to Tillowitz, Germany, and after World War II the factory once again shifted venue, this time to Poland. R.S. Prussia pieces were and continue to be highly valued, though individual pieces may be more or less expensive depending on a number of factors.
Those pieces marked "R.S. Prussia" in red lettering surrounded by a green wreath were made at the turn of the last century. This is sometimes referenced as the "red mark" by collectors. It remains the most popular and recognized mark among fans of this type of porcelain, although a number of others were used