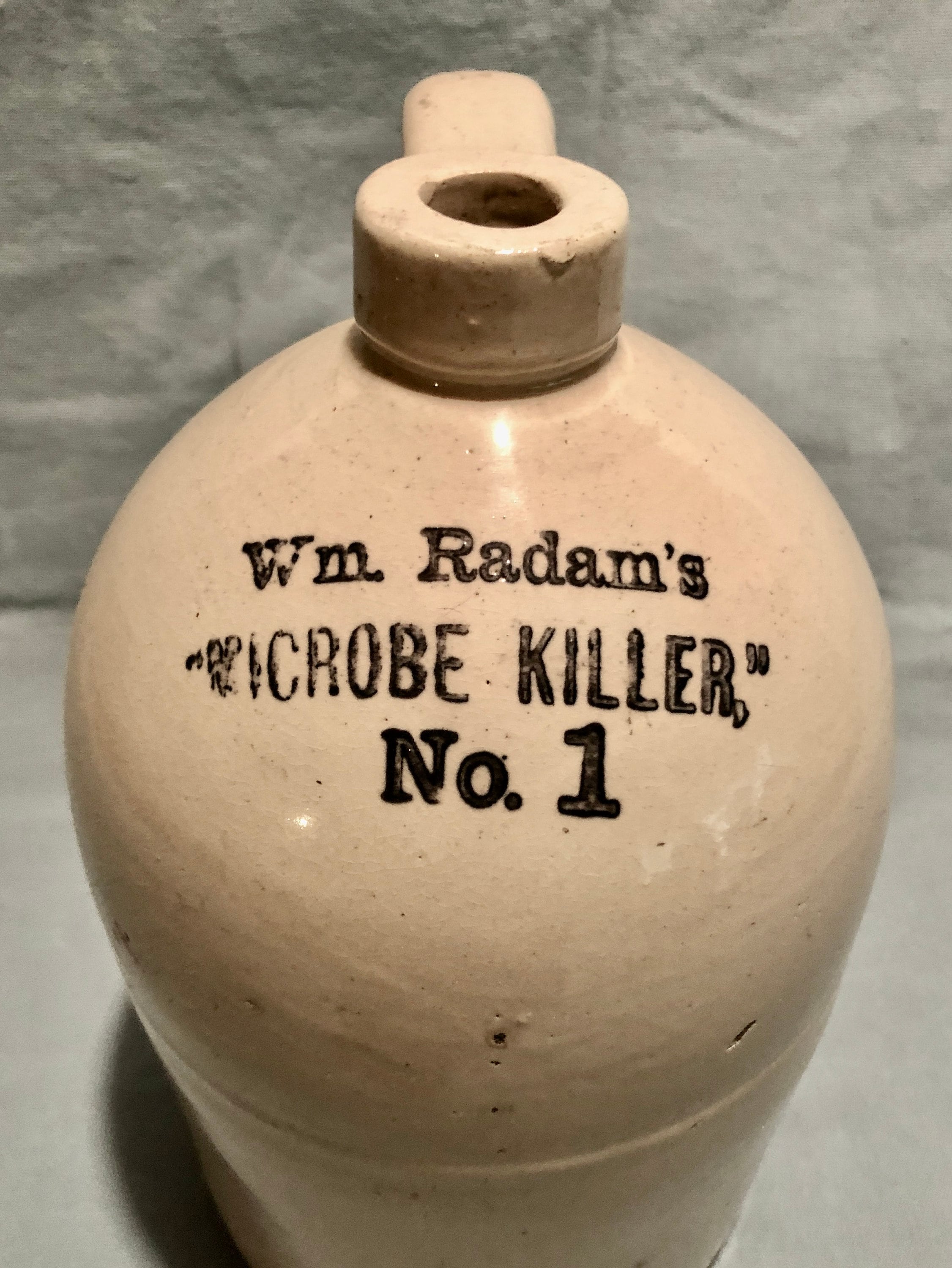 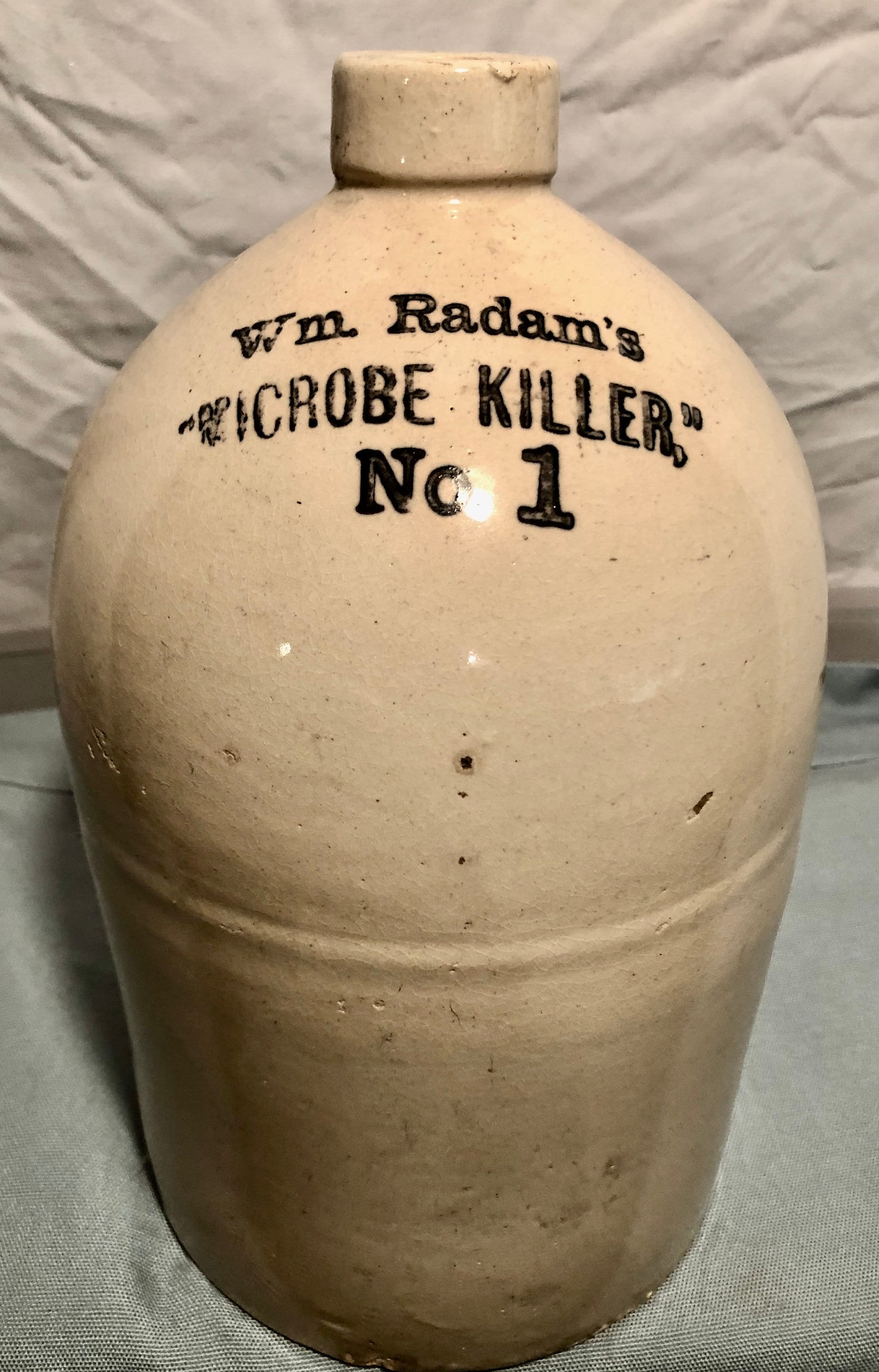 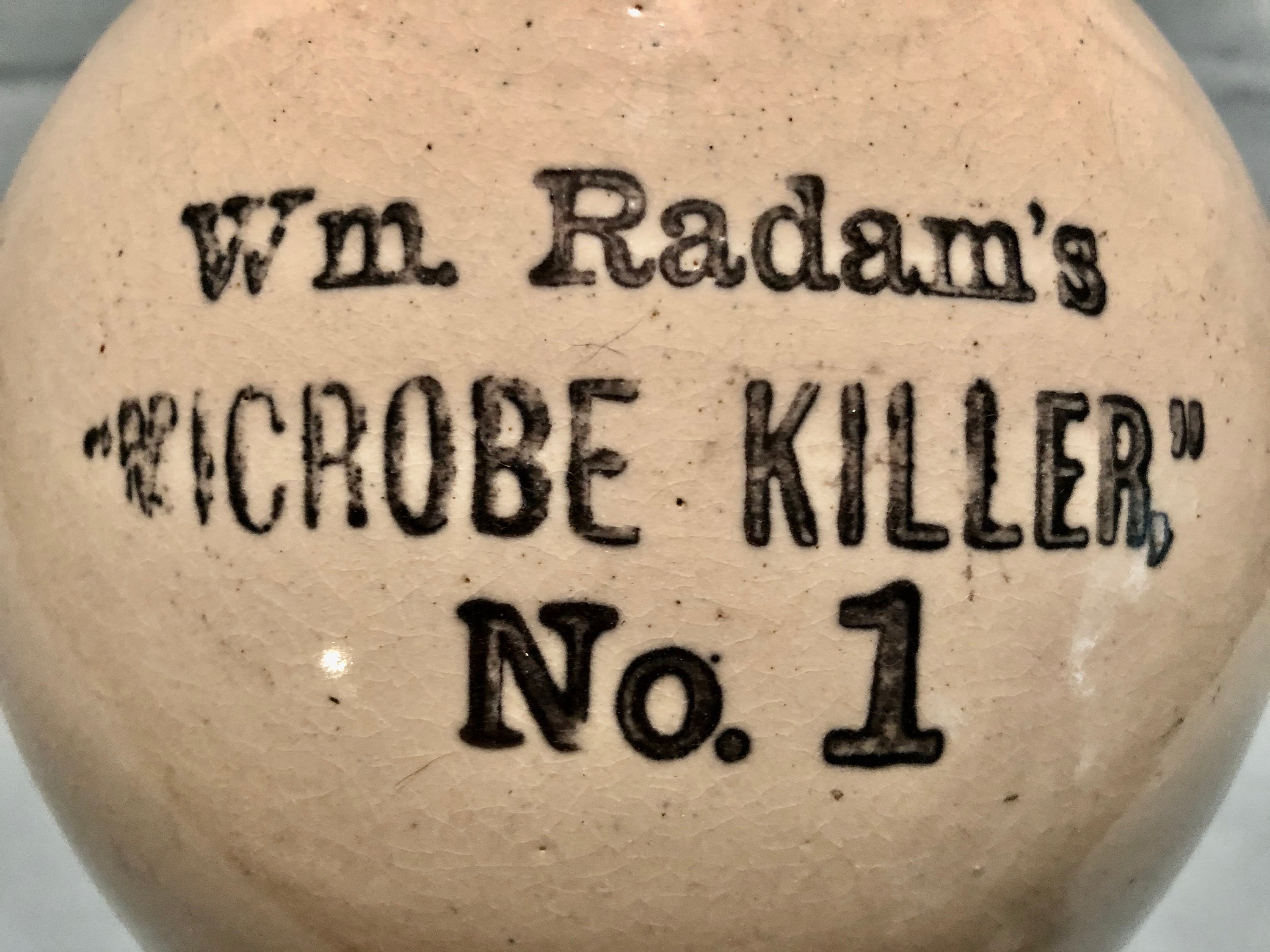 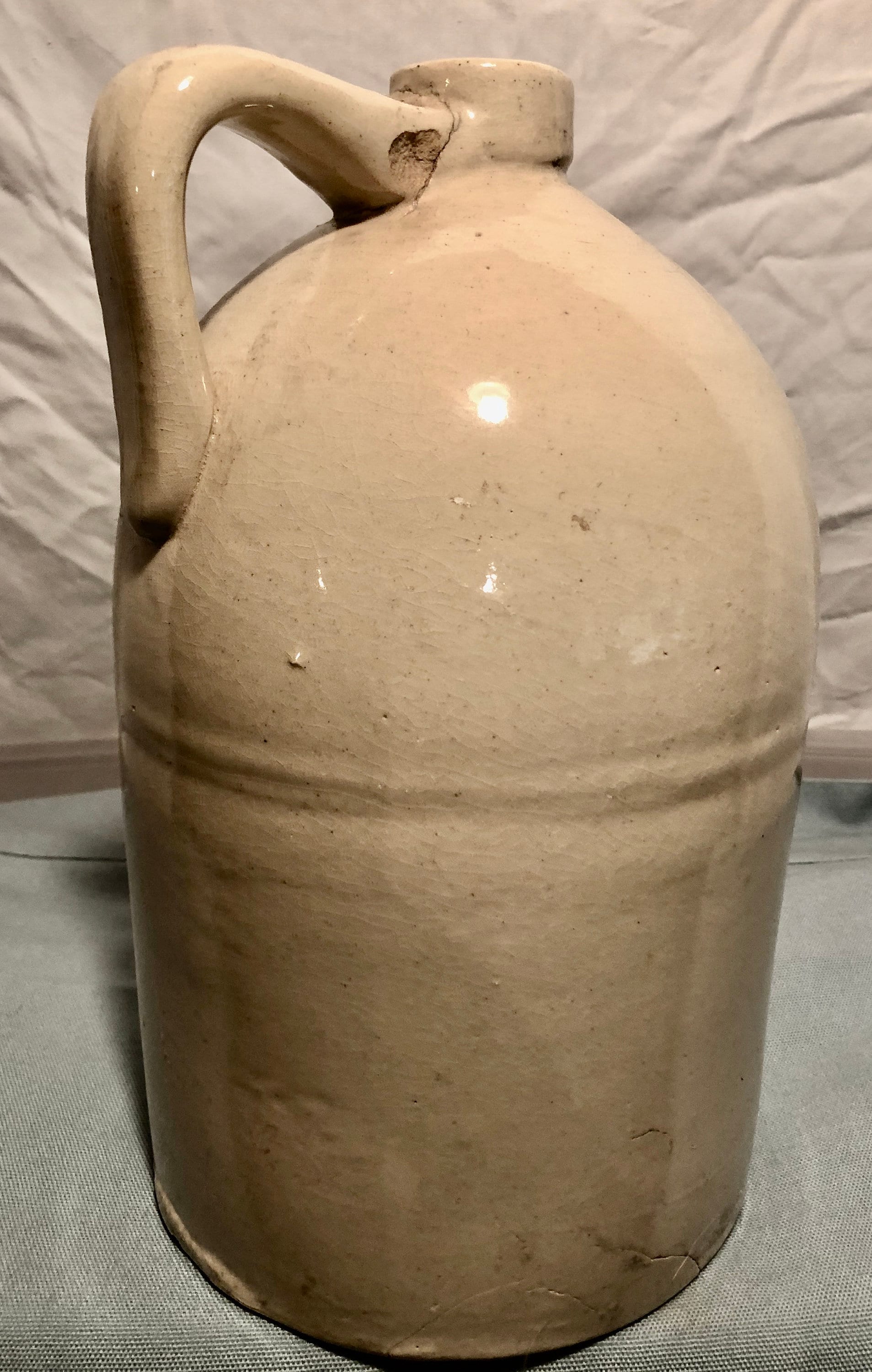 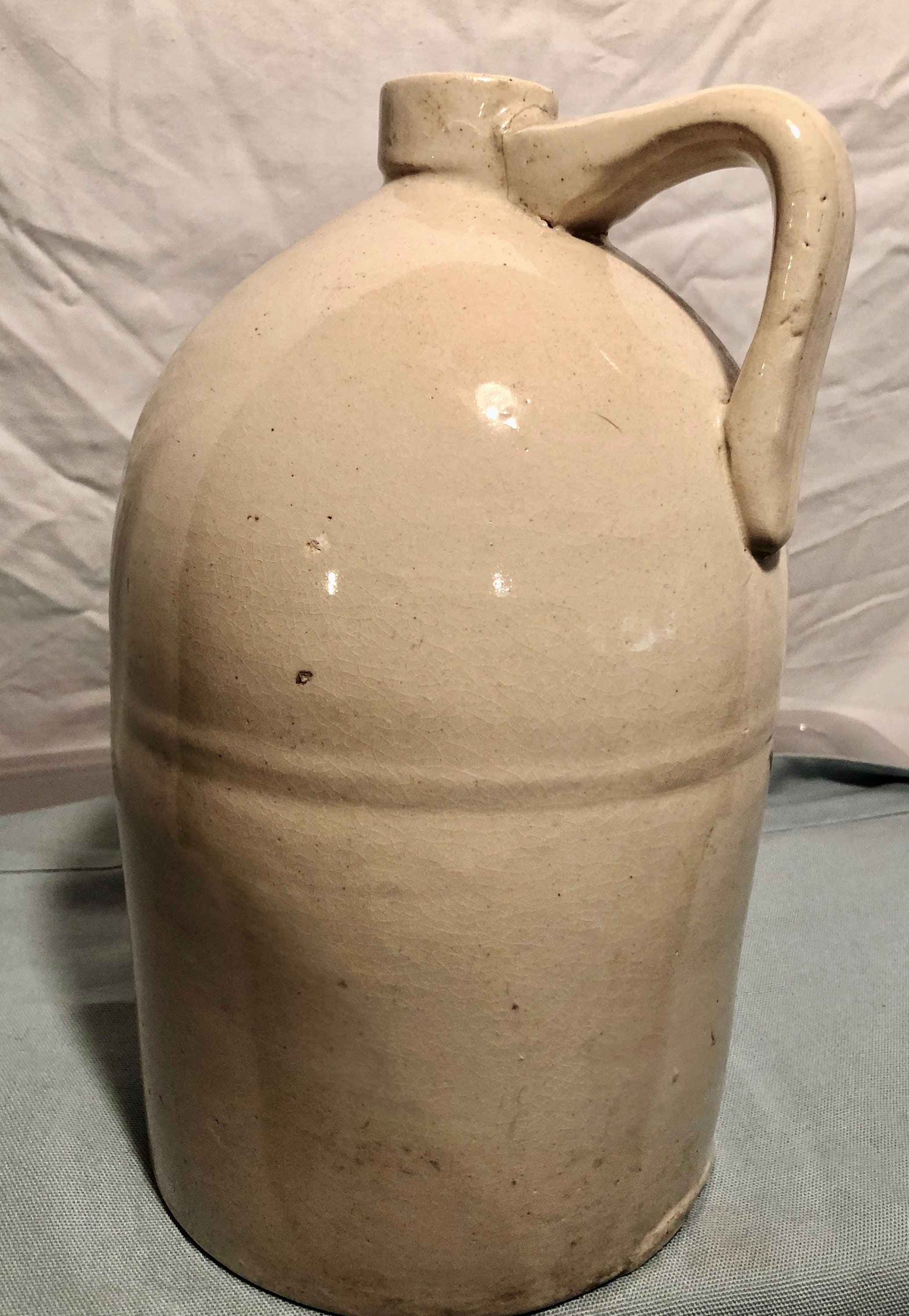 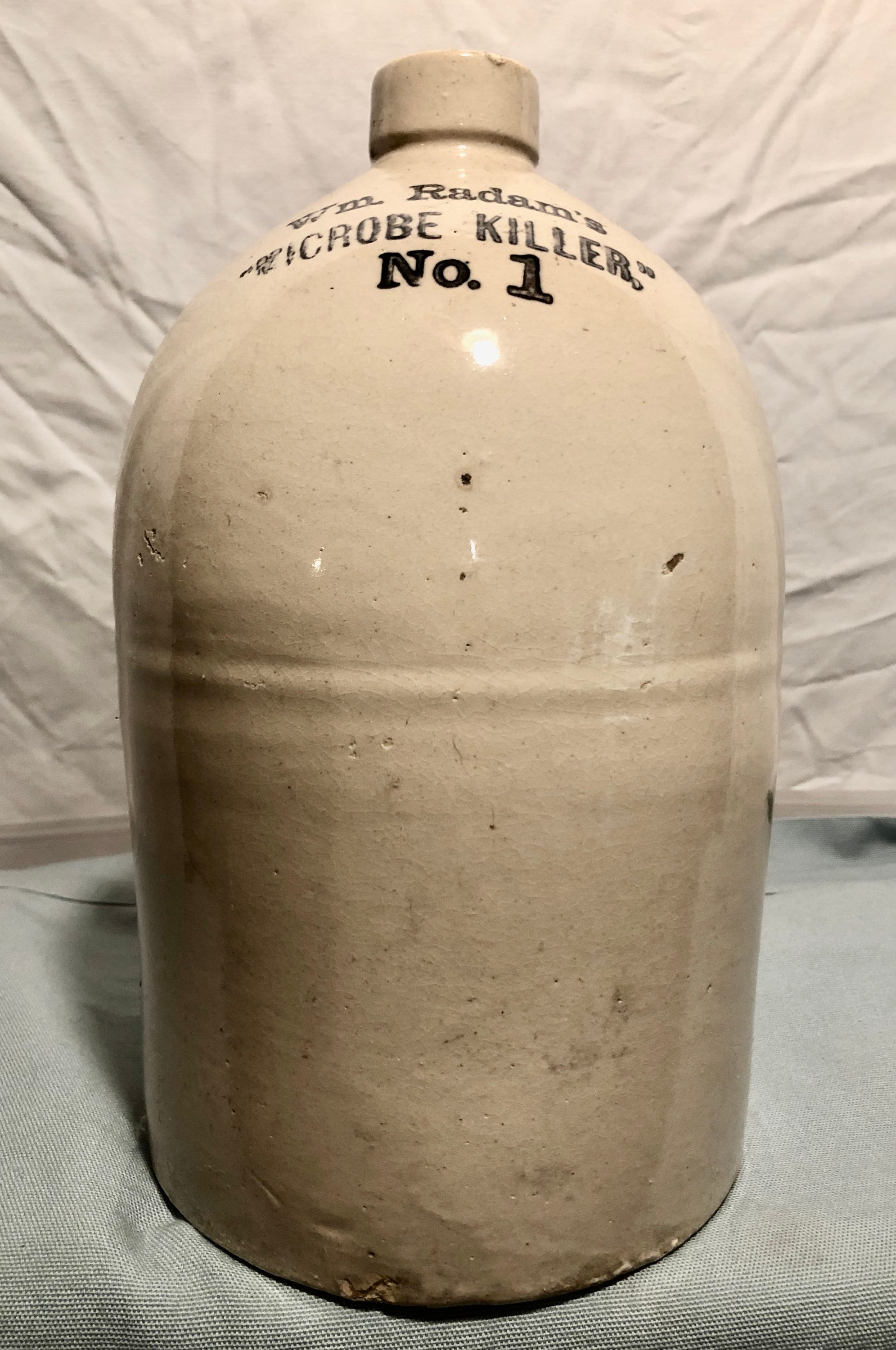 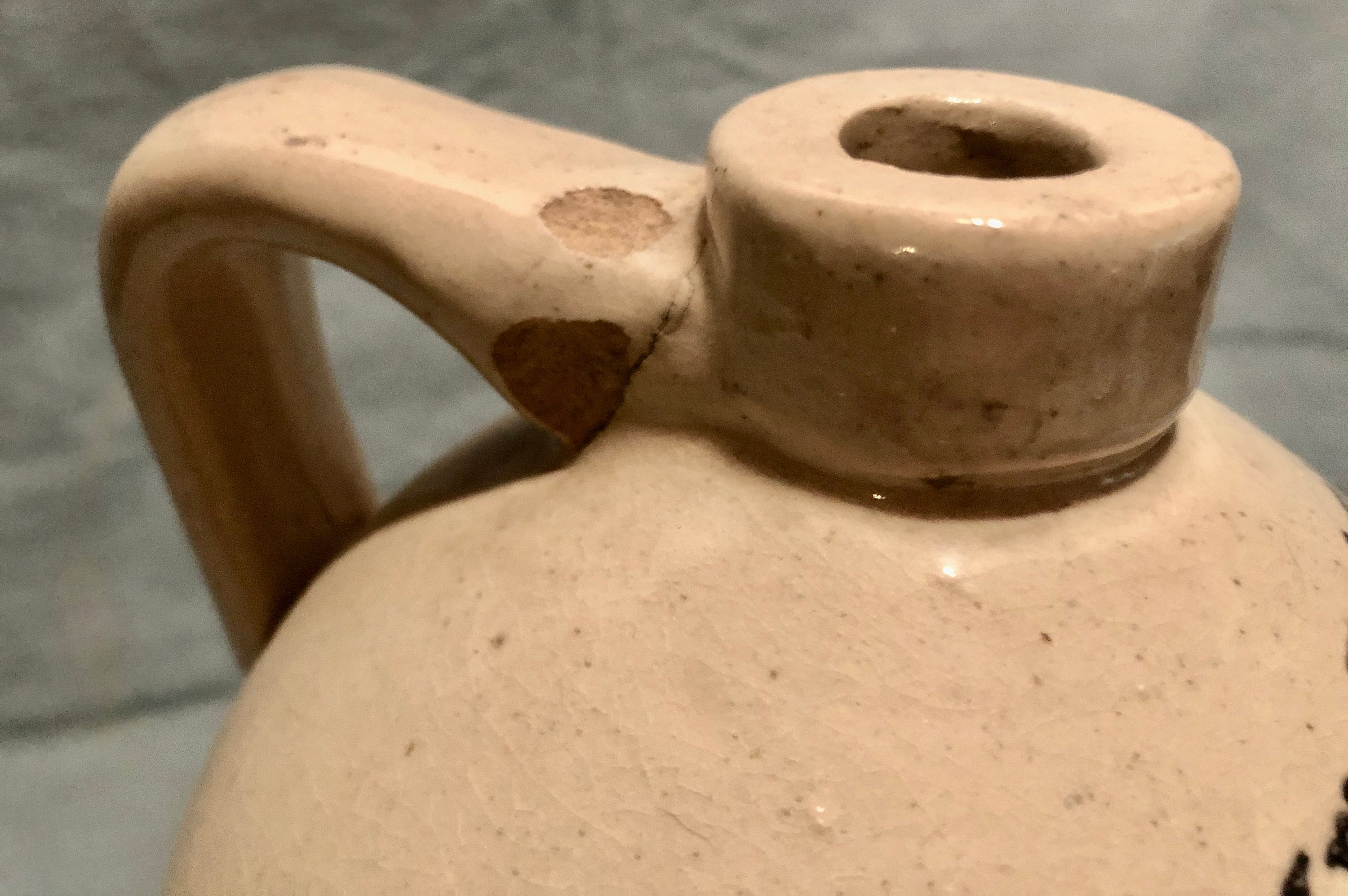 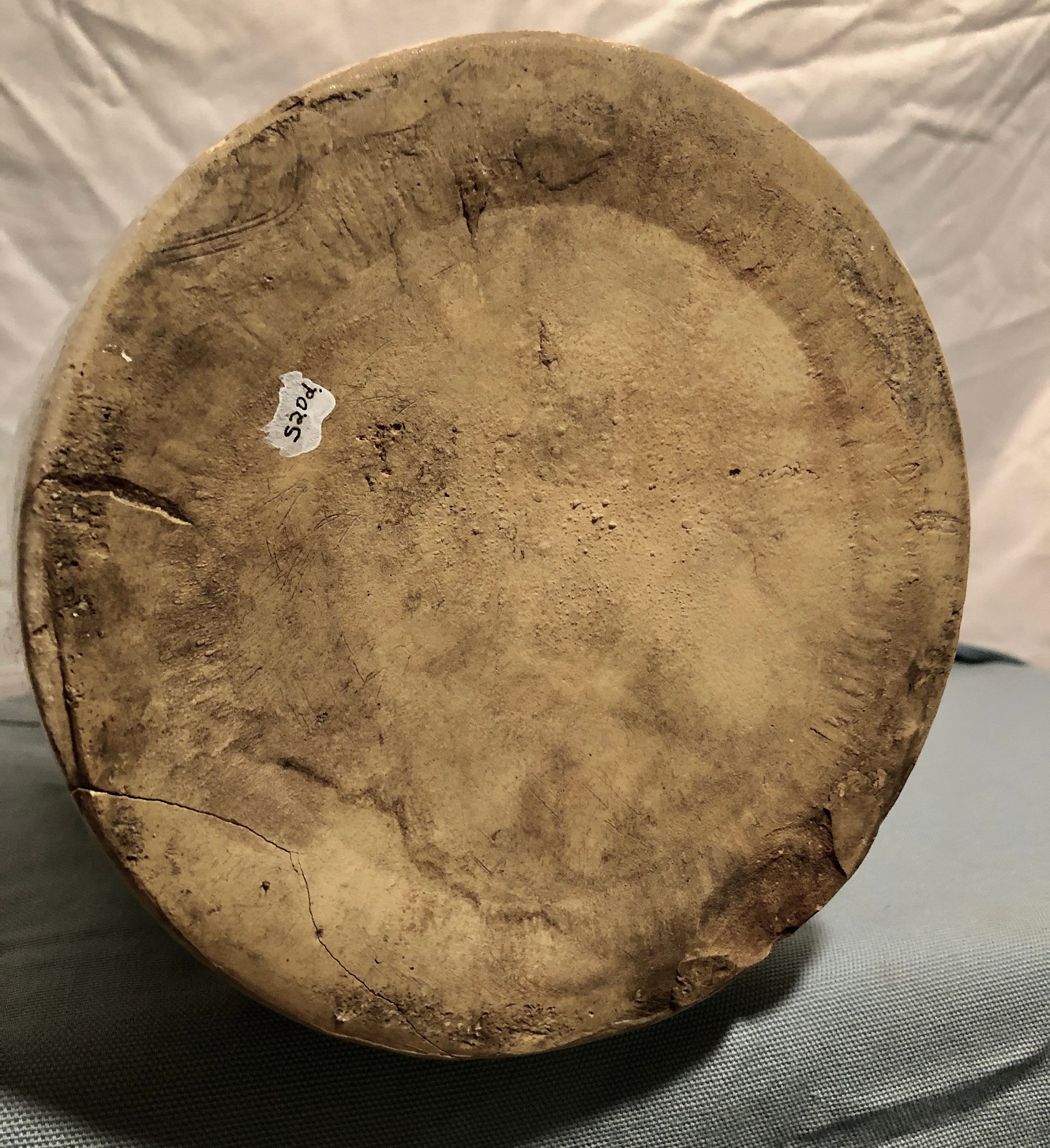 This antique stoneware jug once held William Radam's famous "Microbe Killer" in No. 1 strength, which was the highest strength and is a wonderful piece of apothecary history.

A Prussian immigrant, Radam first patented his Microbe Killer in 1886 and began selling it by the jug not long after.
This jug is a survivor of that era!
Back in the 1880’s products that claimed to “cure all diseases” were called tonics, nostrums, or snake oil. Historians commonly refer to the colorful therapeutic products from that era as “quack medicine”.
One of the more distinctive characters of that era was William Radam, a gardener/botanist who formulated a microbe killer that claimed to “cure all diseases”.  Wm. Radam, a contemporary of Pasteur, believed that all the ailments of the body were a result of microbial infestation of the blood and tissues.
He experimented with a variety of chemicals to kill off these terrible bugs and patented his mixture in 1886. His product contained sulfur, nitrate of soda, black oxide of manganese, sandalwood, chloride of potash, wine, pink dye and water.