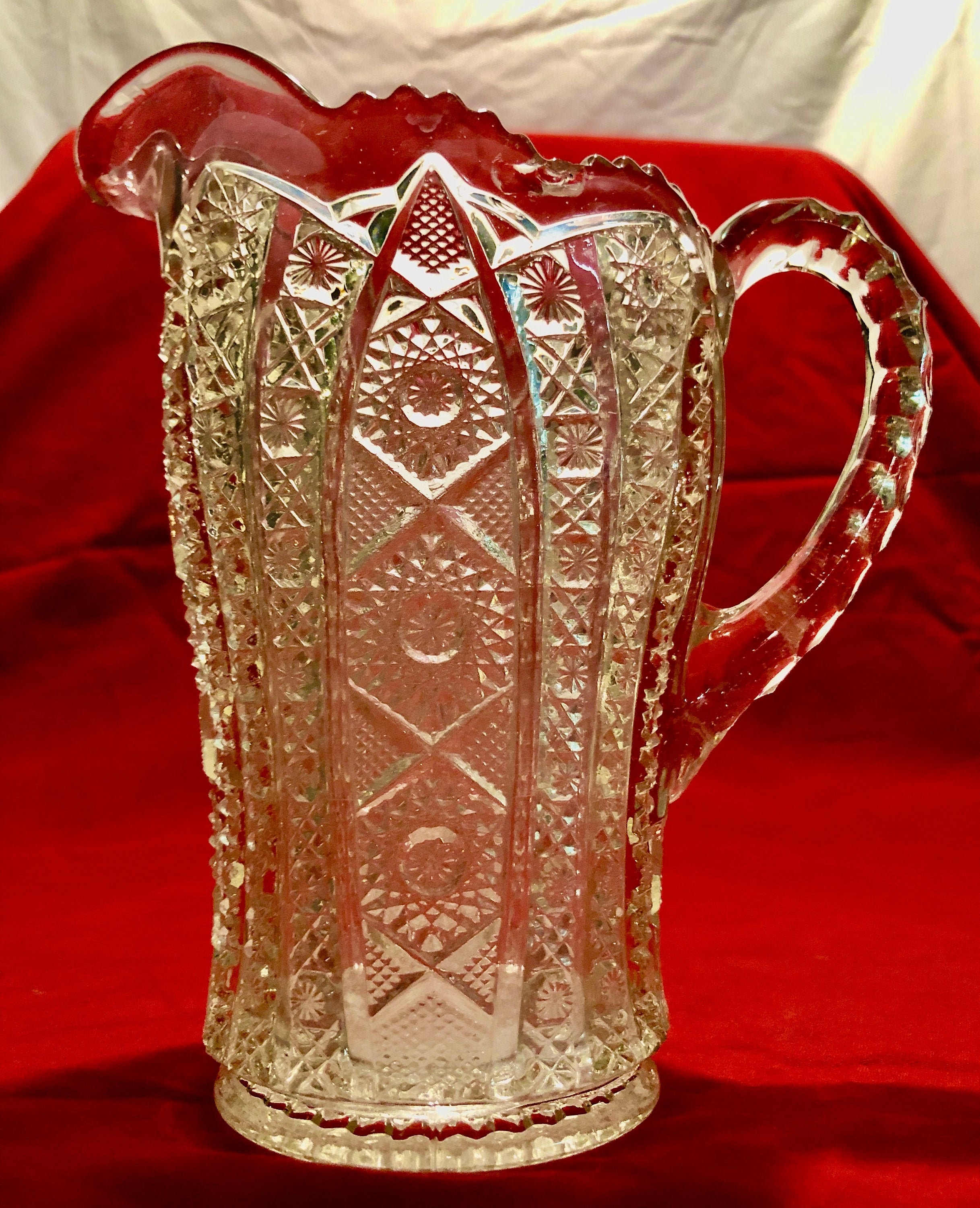 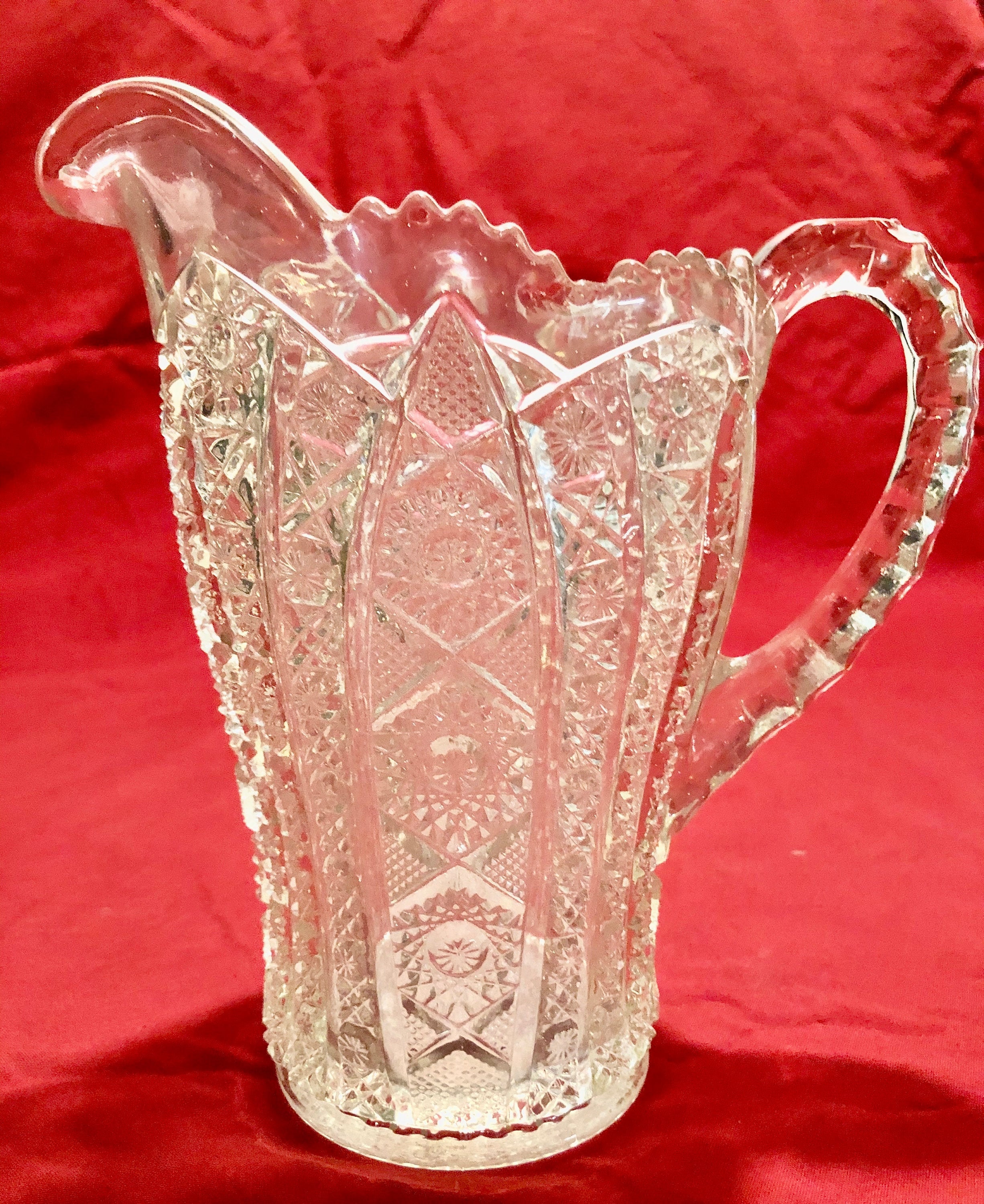 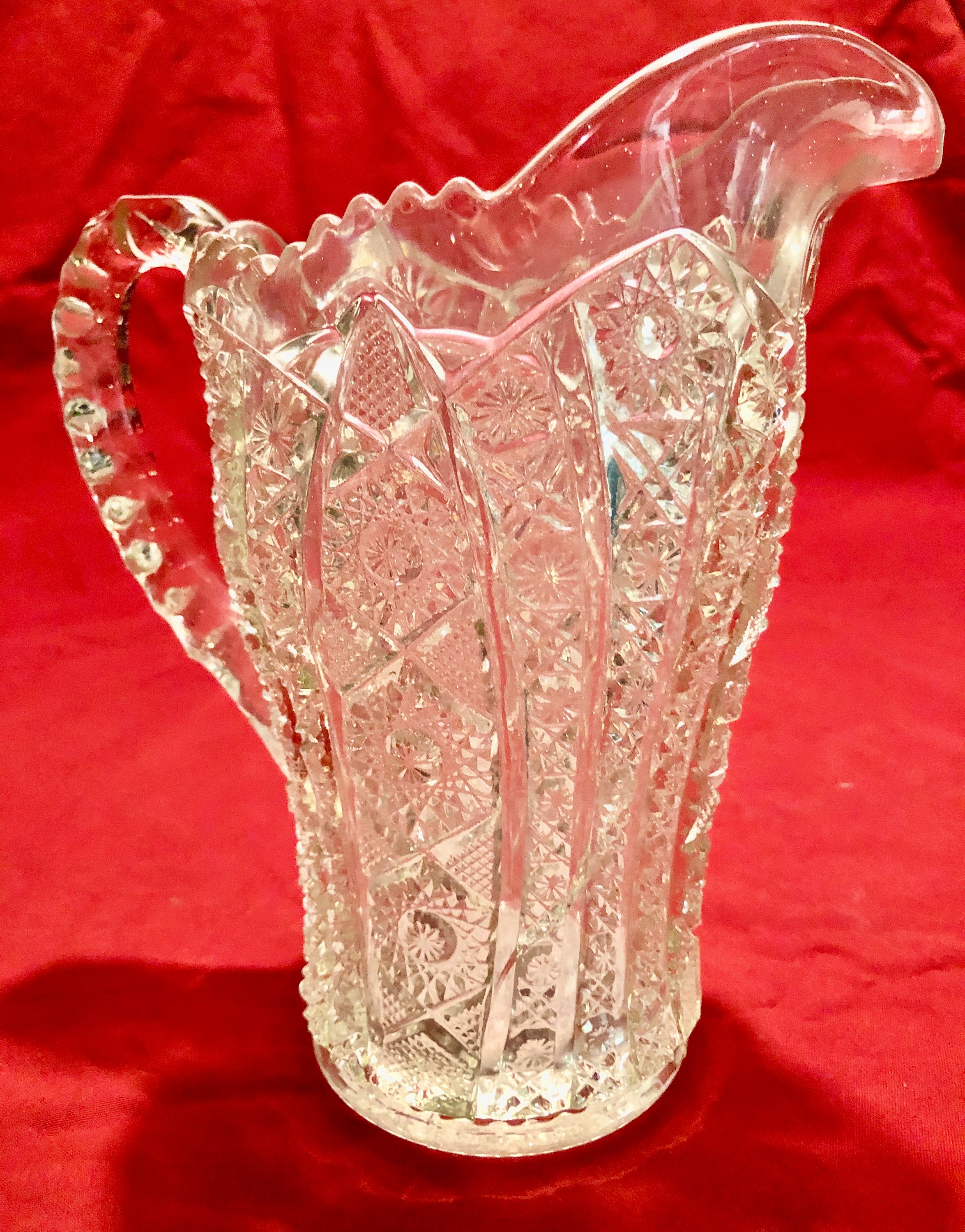 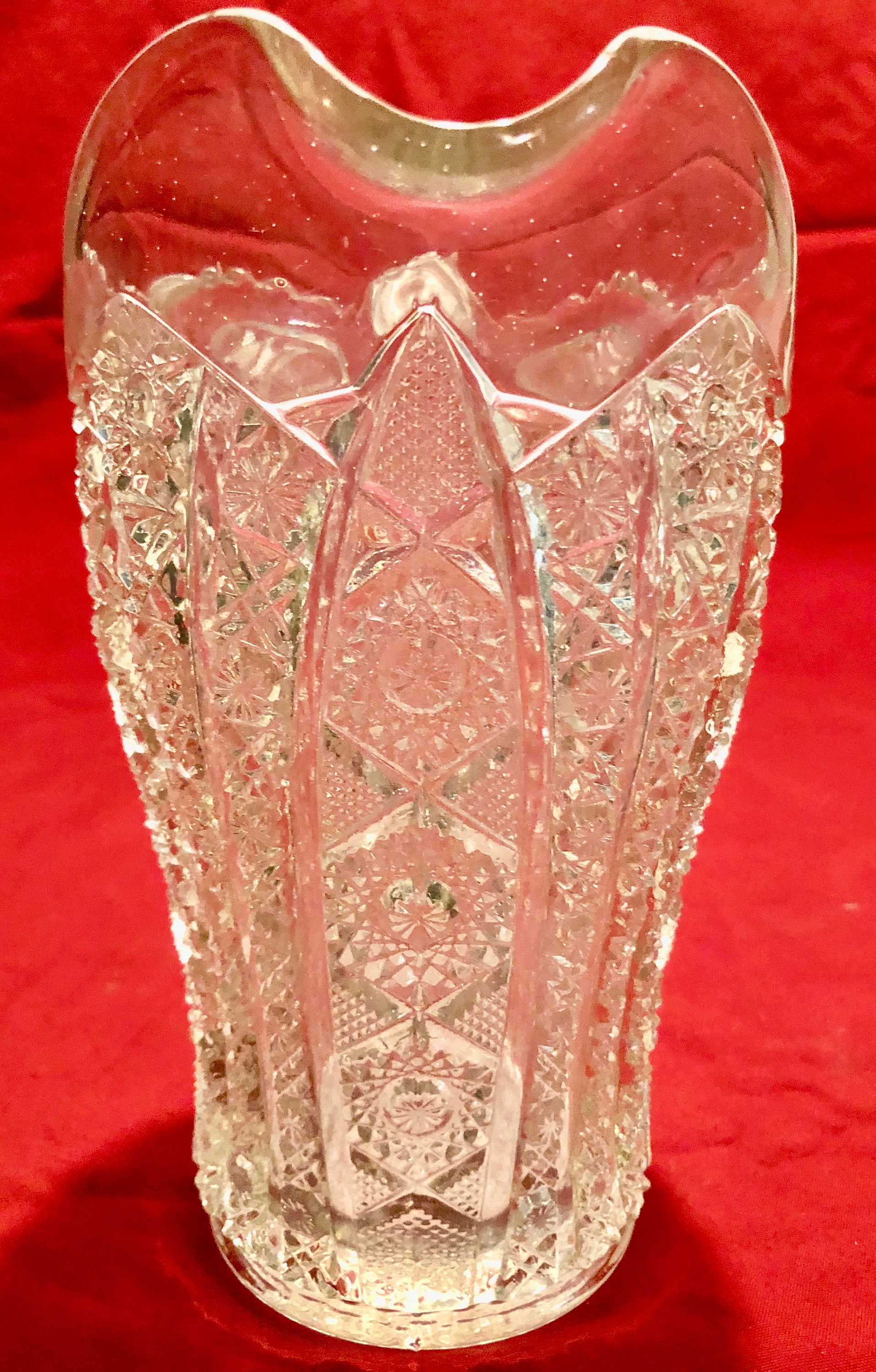 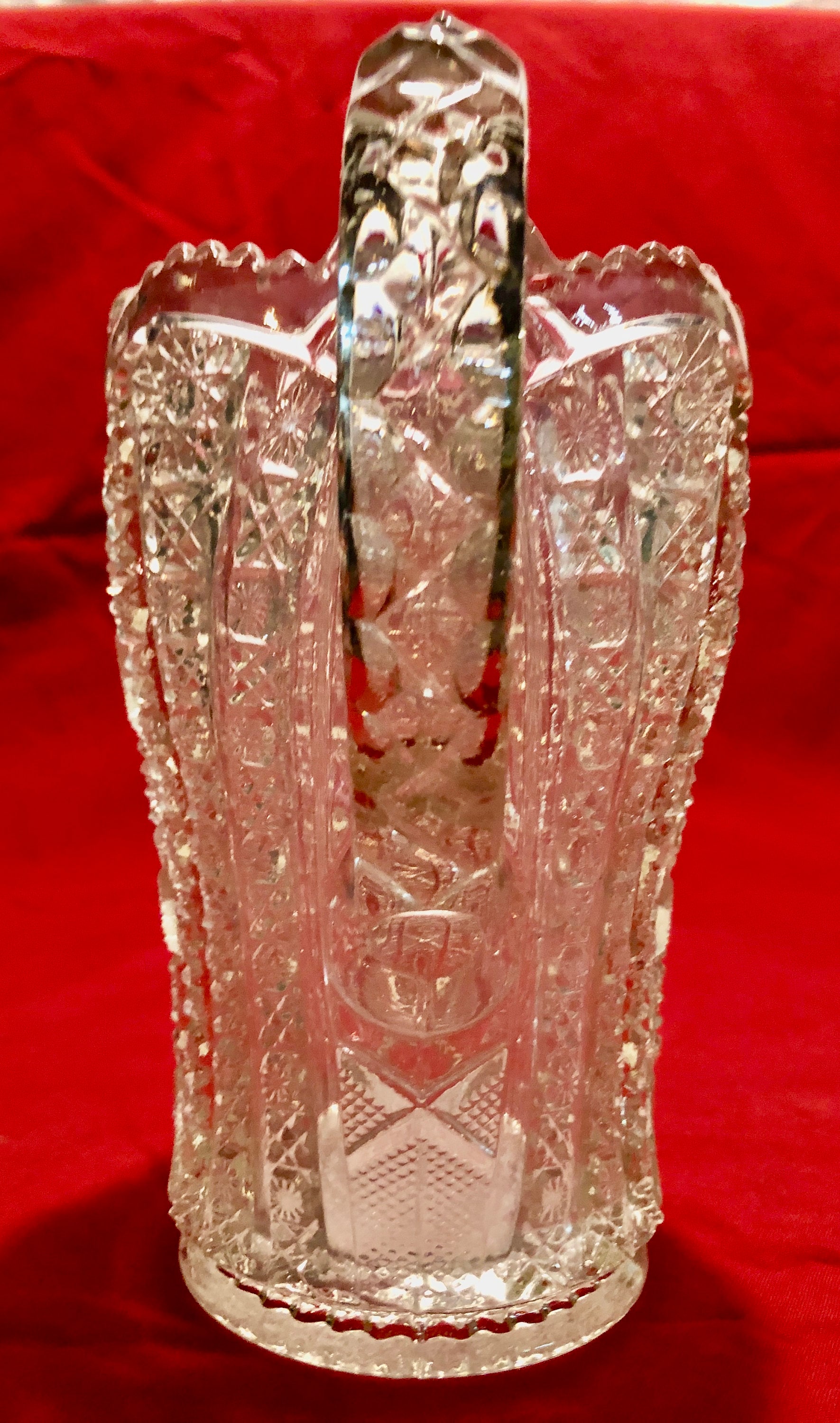 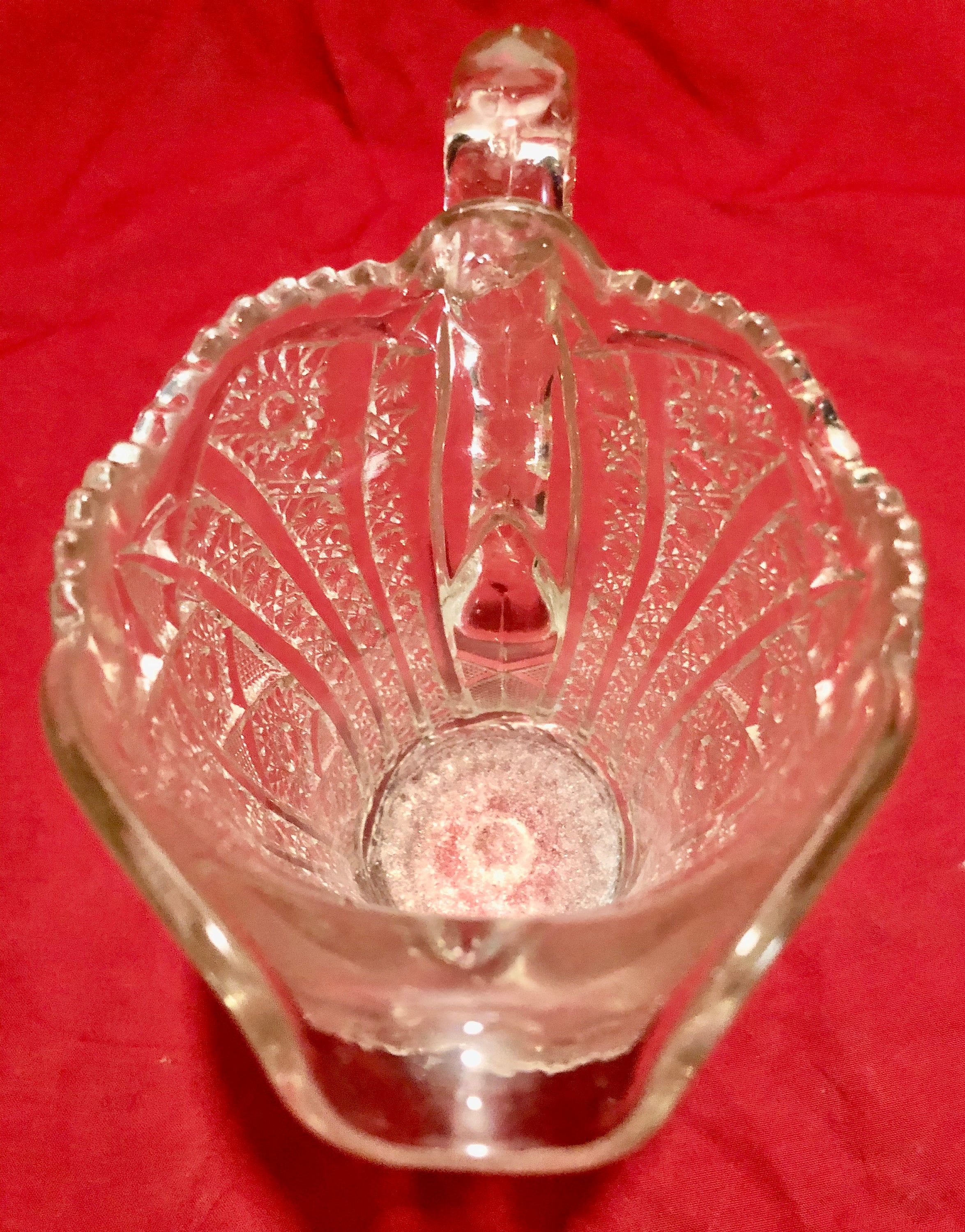 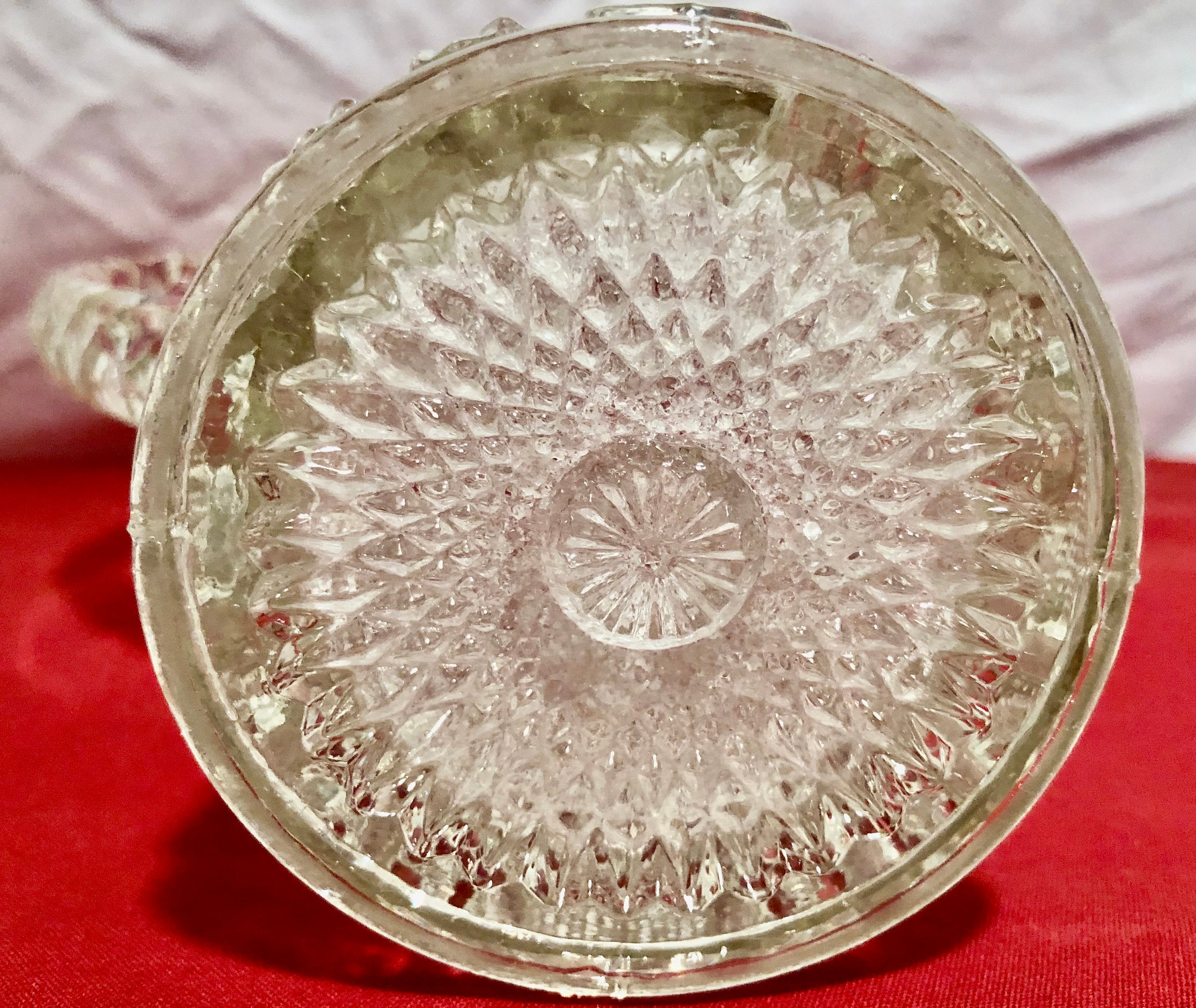 This is a stunning vintage clear cut crystal depression glass pitcher.
It has amazing deep cut detail of large and small starbursts in a vertical pattern.
The edges have a soft scalloped edge and the clear glass allows it to fit into any style or decor for every season!
There are no chips or cracks and it measures 8 1/4" x 7 1/4" opening with a 3 1/2" base