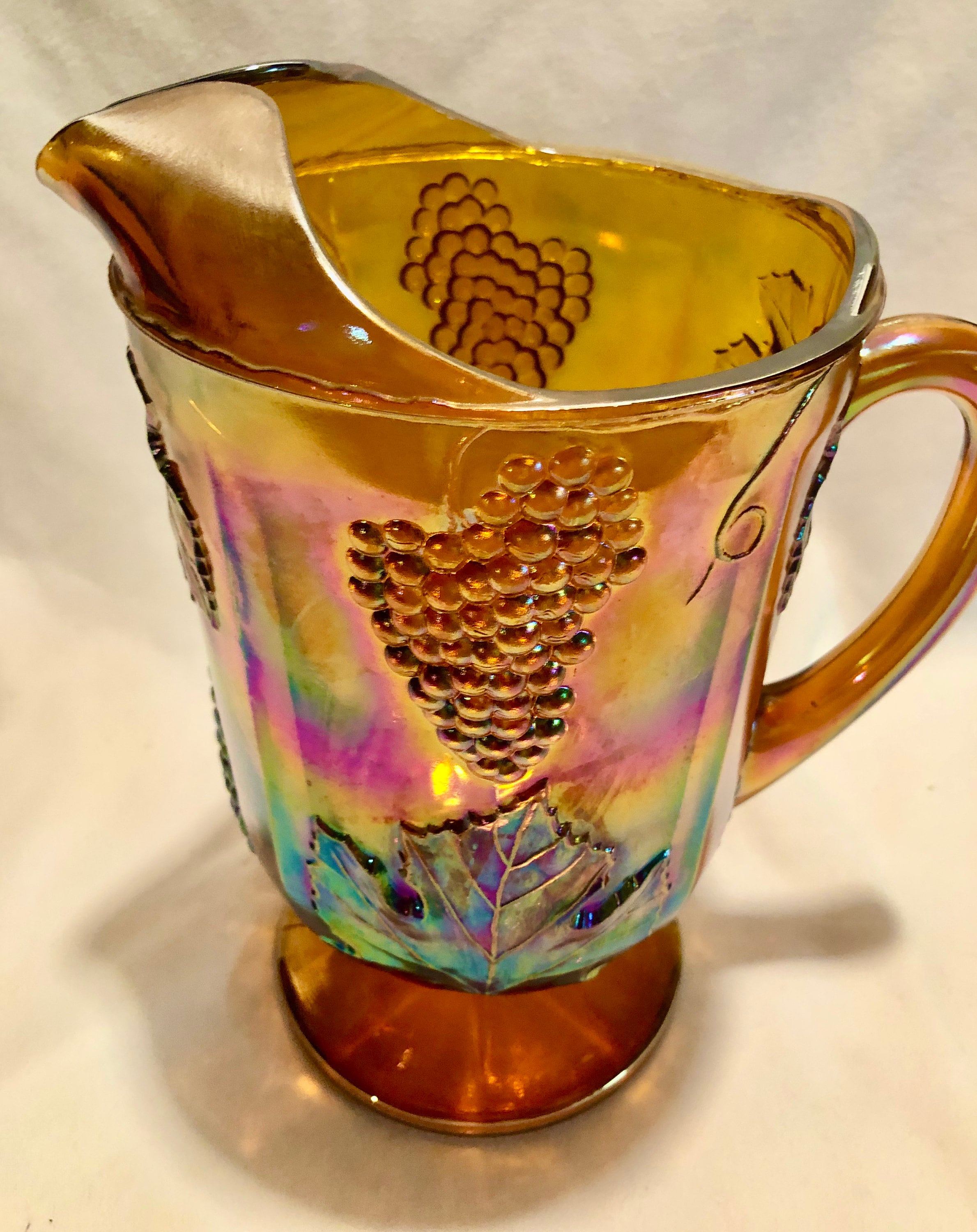 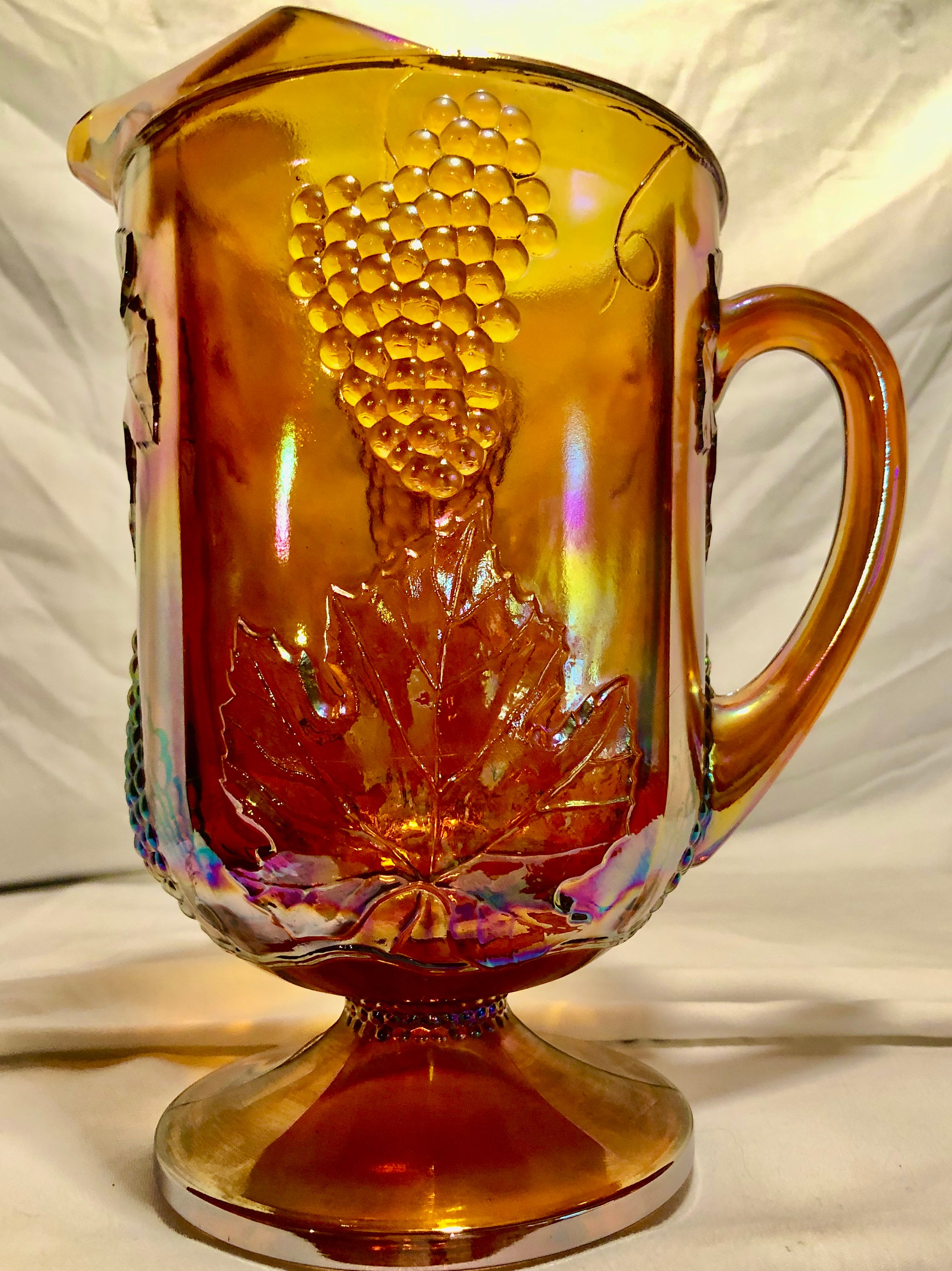 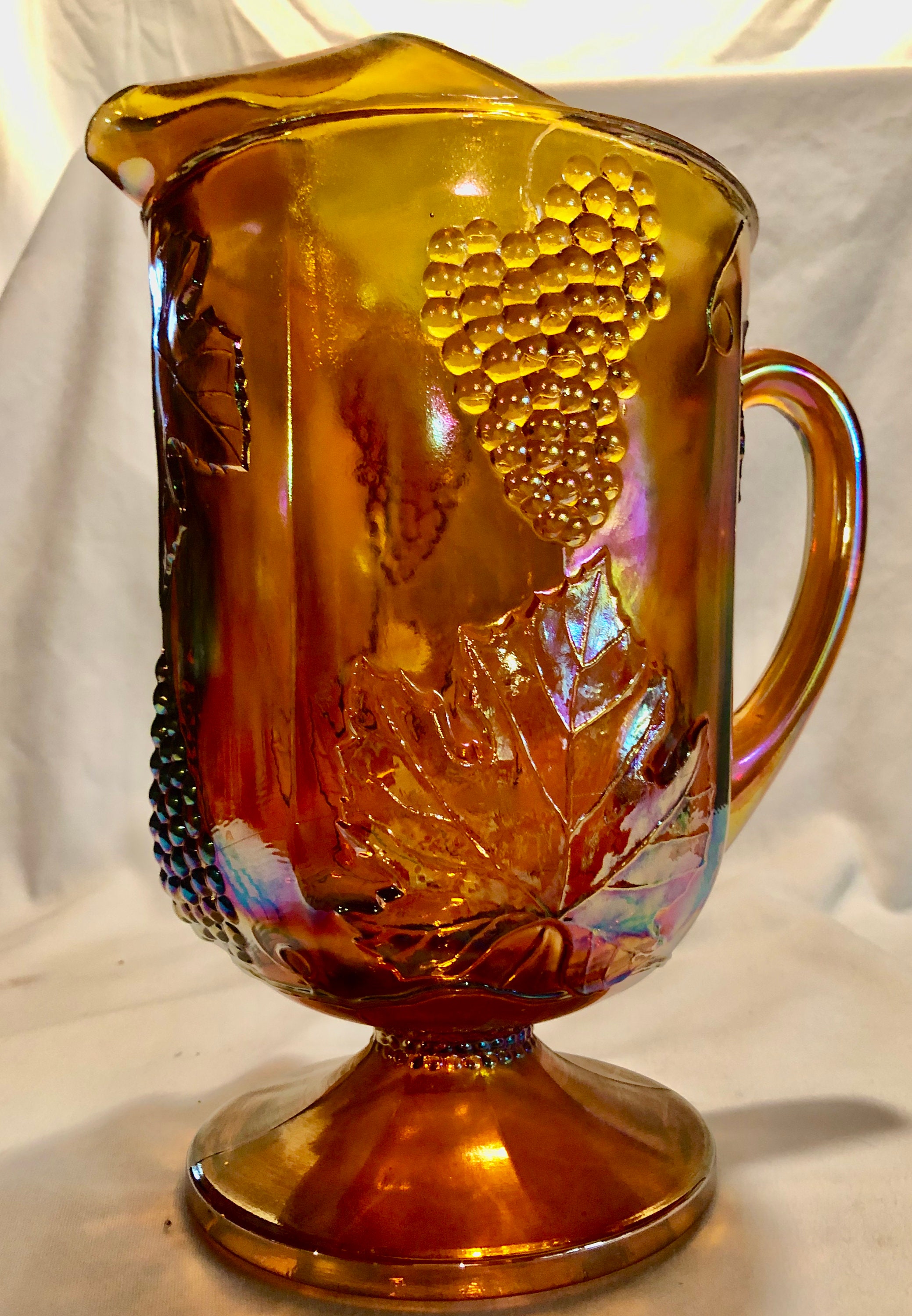 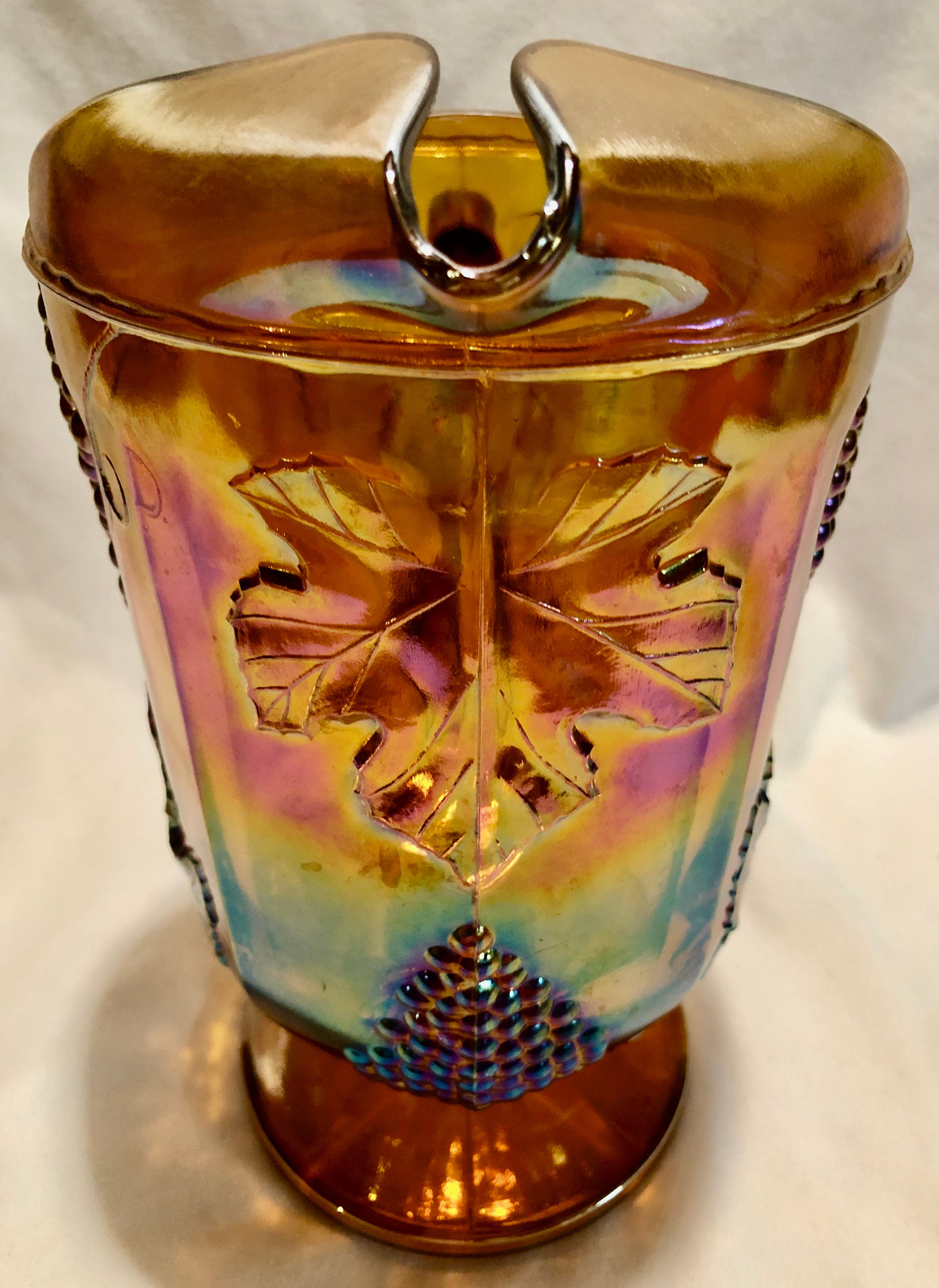 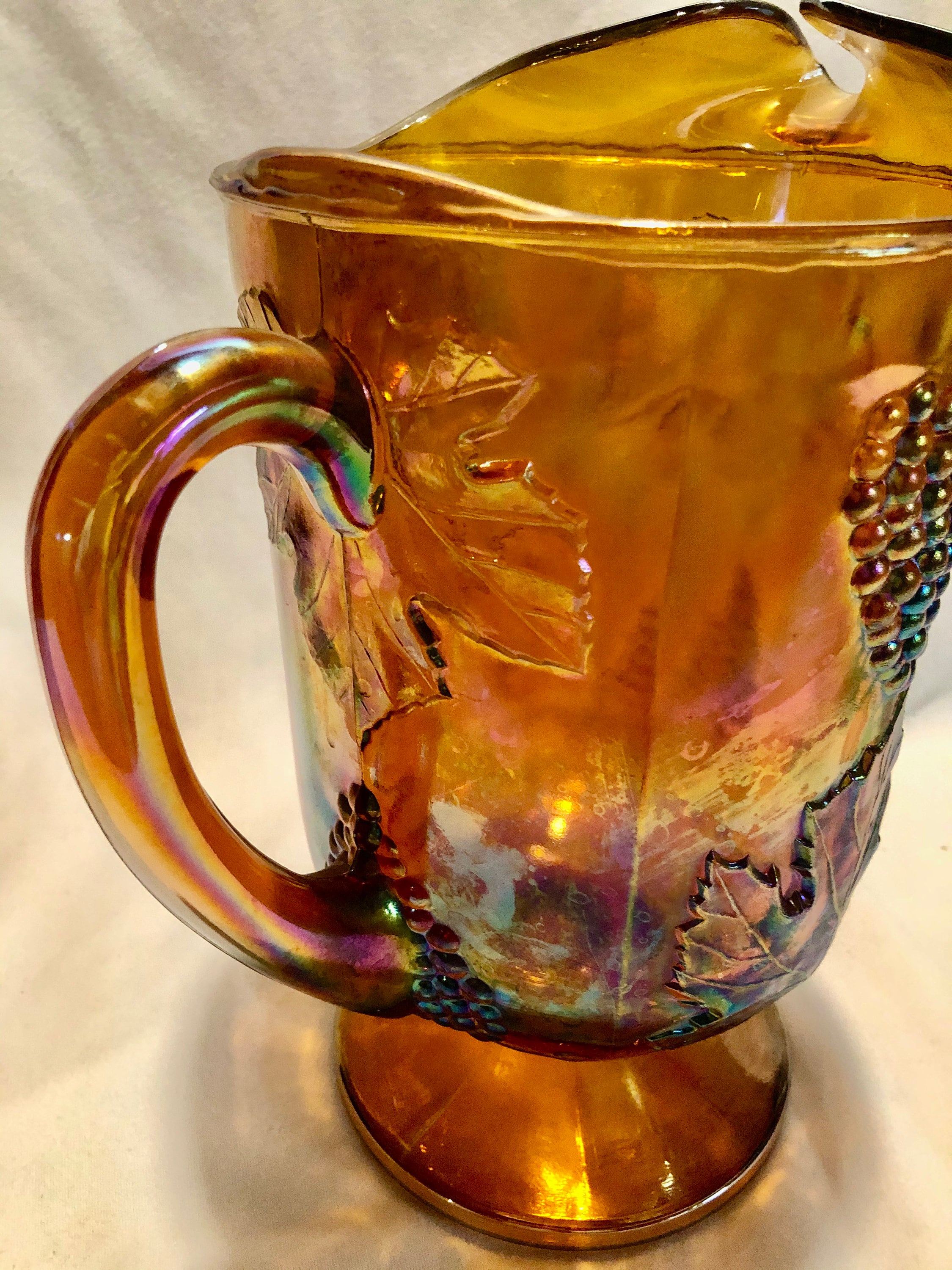 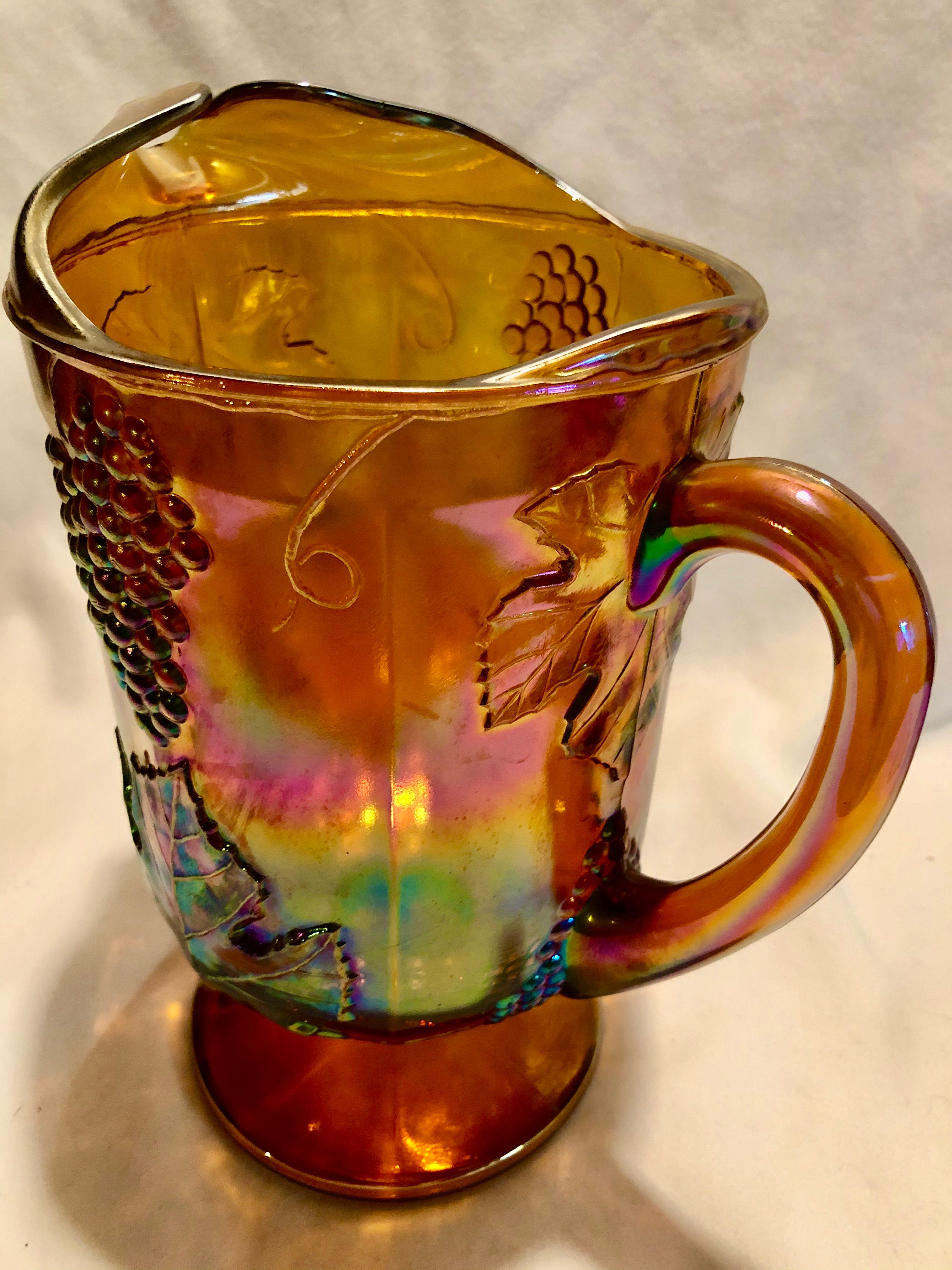 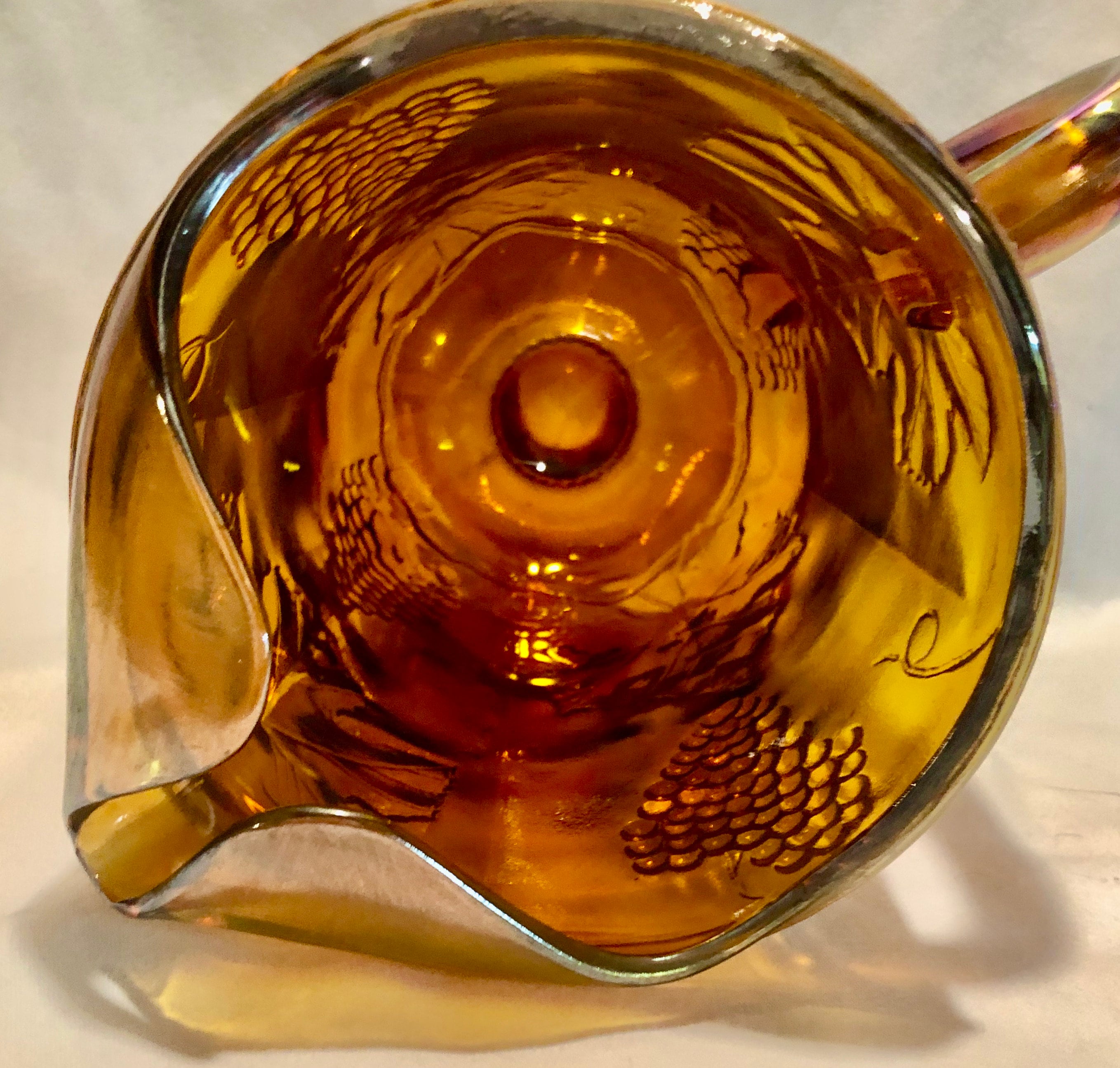 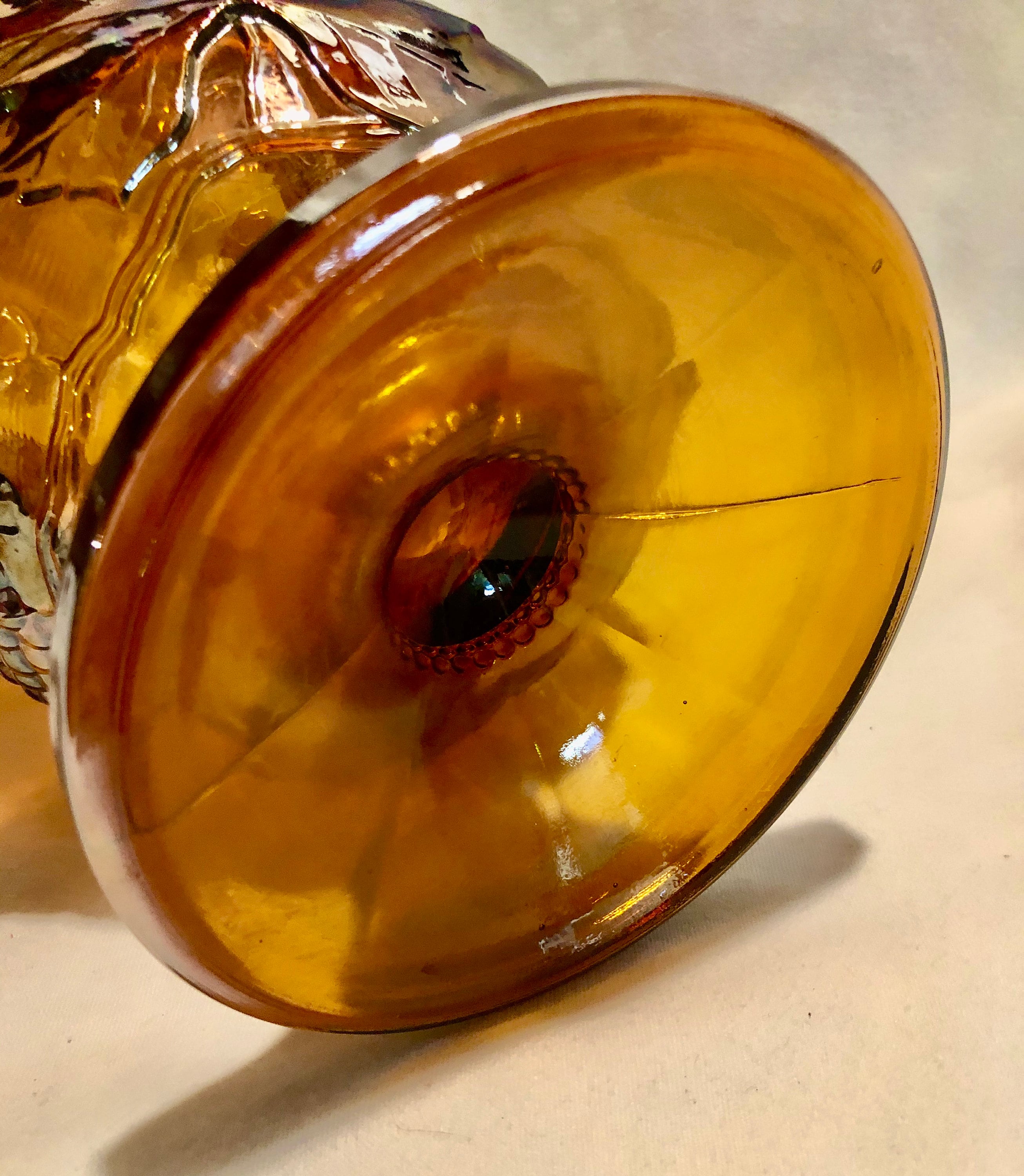 This is a large vintage amber/marigold carnival glass juice/water pitcher with ice lip.
It has a grape vine and leaves pattern and beautifully catches the light with greens, pinks, blues, yellows.
It measures 10" tall with a 5" base. The top opening is 6 1/4" and is 8 1/4" from lip to handle.
There are no chips or cracks